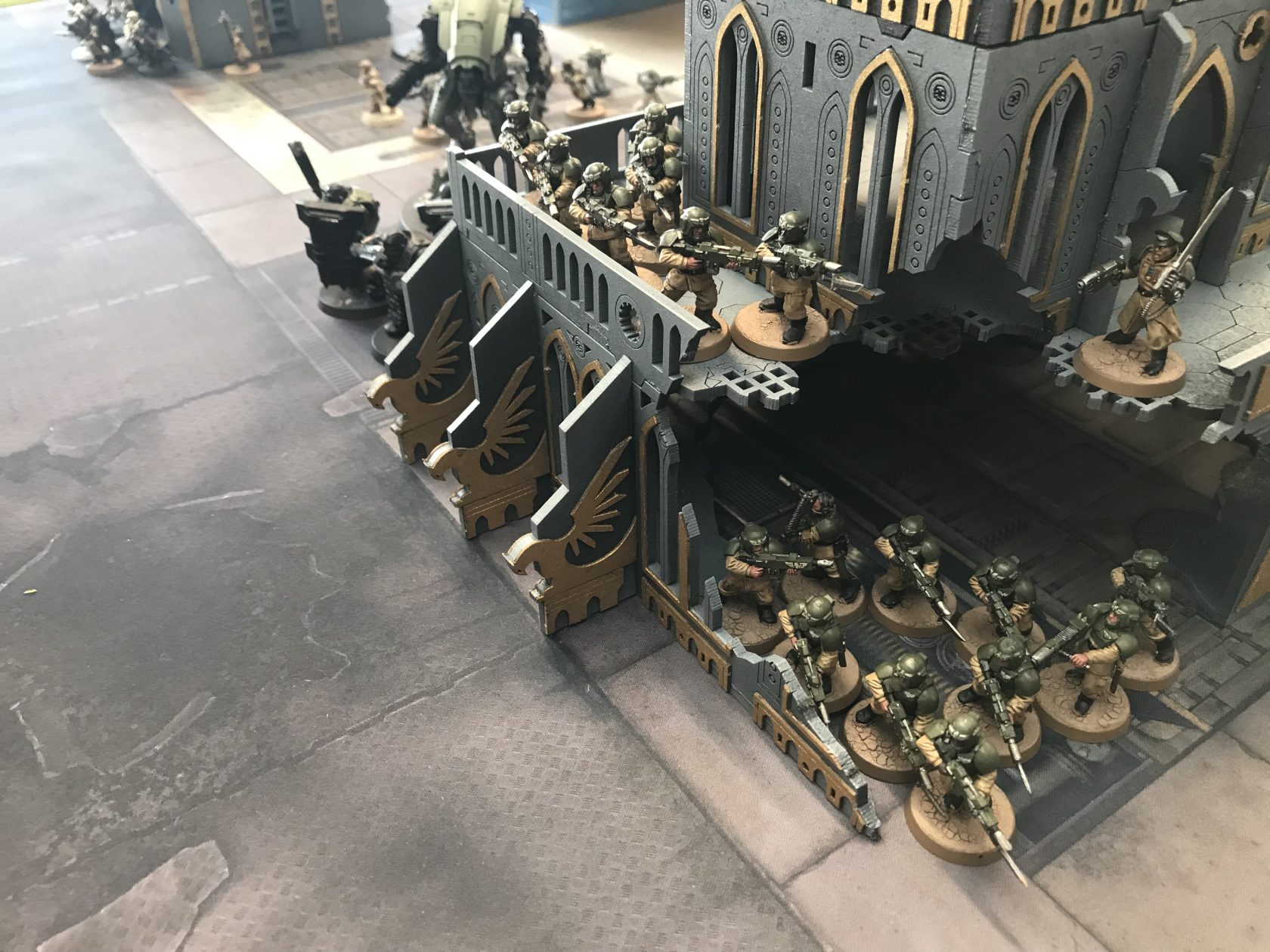 Lets look at some Astra Militarum Products and see where we can start...

Let’s begin by looking at some Astra Militarum Products to get you familiar with what is what. I’m starting here because it’s this Stuff to buy which confuses the Emperor out of most people. There is a lot of stuff to buy when you start. Or so it seems that way.

There is, of course, the models, a rulebook and a Codex.

If you’re unsure what those are, stay tuned. But on top of this you’re also probably thinking about; cards, models from alternative manufacturers, terrain from various manufacturers, battle mats, dice, objective markers, and a whole lot more.

It’s very overwhelming when you first start because all you really should be doing is throwing dice and slapping on the paint. The extras can come later once you have an idea of how you want your army to progress. As not to waste your time and money on things you may never use or need. 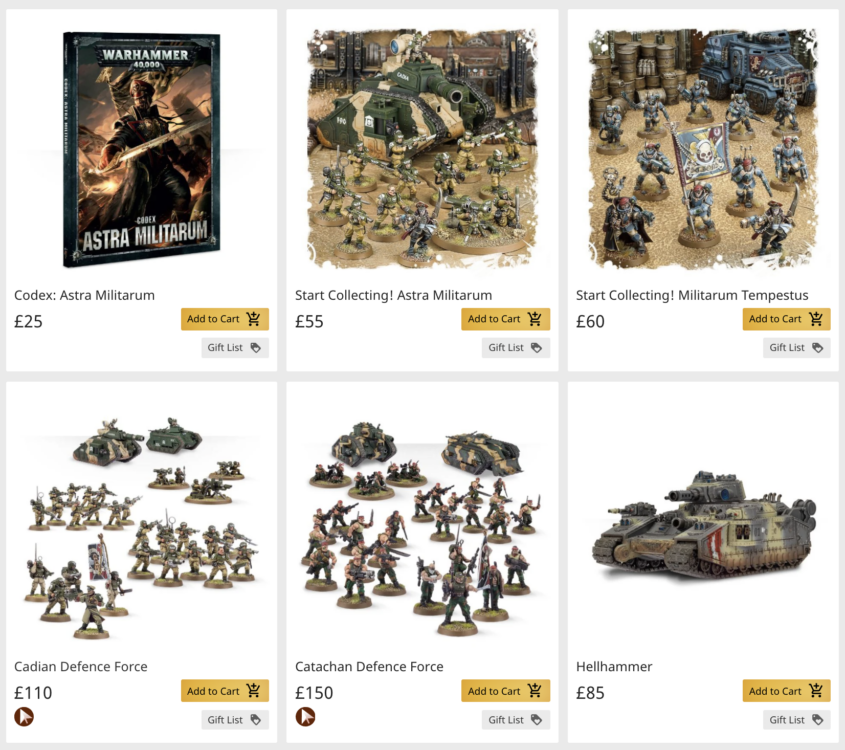 The Astra Militarum Codex for 9th Edition is not yet available. The 8th Edition Codex is still valid, it should be used for playing Warhammer 40,000 9th Edition.

With no new Codex insight then you should get the 8th Edition Codex. The new version may well not be out until late 2022. Global pandemic depending.

The 40K Core Rules are free. These rules are short and they cover the core game mechanics. So you don’t need the Warhammer 40K Basic Rulebook (also known as the BRB) to start rolling dice, playing games and killing enemy models.

So just the Astra Militarum Codex will get you started in terms of books, alongside the 40K Core Rules are free. The basic rulebook is the main resource for rules. It contains further rules for the 40K game. I’d say the vast majority of players use this book. So if you want to get into 40K you’ll need this book so that you and your opponents are referencing the same rules.

The BRB also contains; missions, various deployment layouts, narrative missions, the Crusade System and a lot more other than extra rules. The Crusade system is a campaign system for taking your army through various missions and building up experience.

The BRB is the place to go to too when trying to clarify how rules interact.

We’ll come back to the Codex and what it is later in the series. For now, know that it contains the rules for the Astra Militarum. 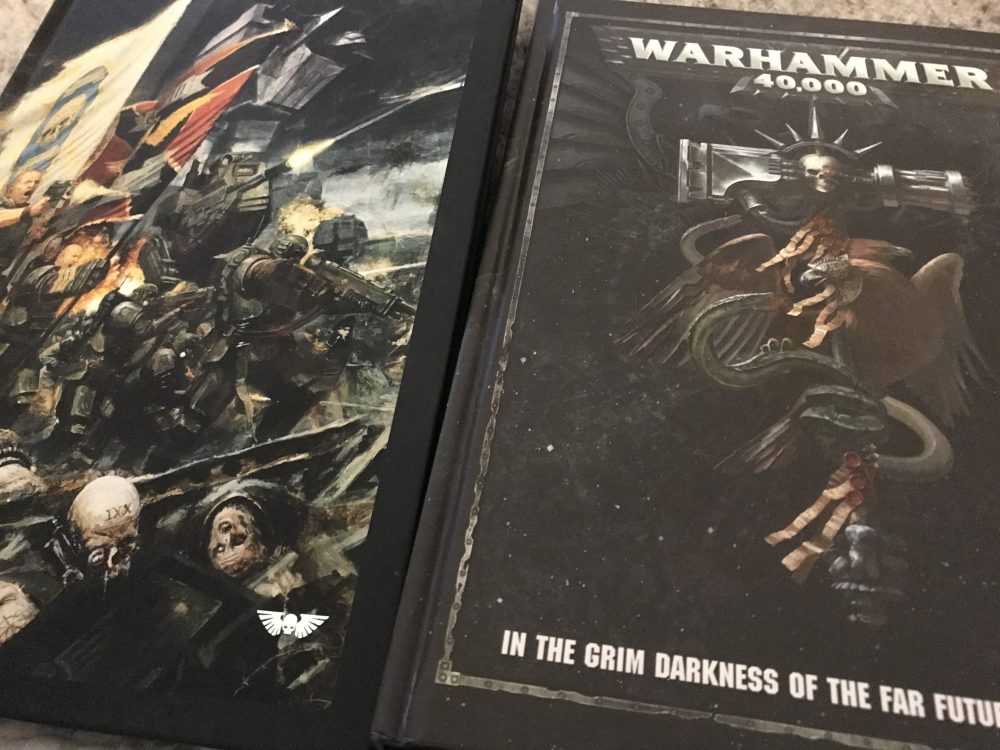 The Greater Good book is an 8th Edition campaign supplement that was a part of the Psychic Awakening series – it is still valid and will probably still be valid up until the Astra Militarum 9th Edition Codex is released.

It contains extra rules for Custom Regimental Doctrines, New Stratagems and rules for taking Tank Aces on certain vehicles. I would consider making it an essential purchase once you have a few models and the Astra Militarum Codex. 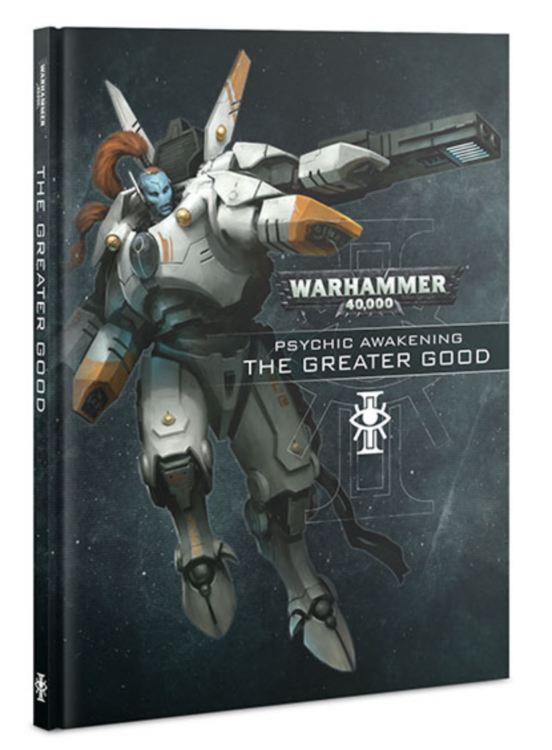 Rising Tide is a 9th Edition campaign supplement that was a part of the War Zone Octarius series. It will probably still be valid once the Astra Militarum Codex for 9th Edition is released. It

It contains new Stratagems and Relics for Cadians only. 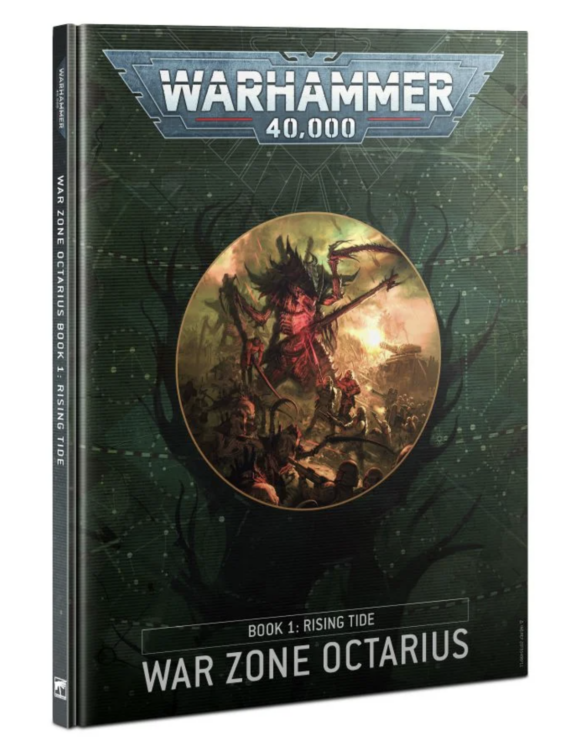 It contains a few key buffs to the Astra Militarum and you should definitely check it out! It is free!

Oh yeah, the juicy stuff. The first rule of buying models for new players is:

Buy what you like the look of! The Rule of Cool Rules!

If you buy based on the abilities of a specific unit on the battlefield or because someone in a store told you that unit X was the best, then you may hate your purchase by the next day.

No one collects Astra Militarum products because of their ability to smash enemies left, right and centre – and consistently win. They get into the Astra Militarum because they look awesome!

So buy something that you think looks awesome.

Build it, paint it, make it your own.

There are specific ways in which to build armies in 40K. But they are varied and numerous. So whatever you chose there will be a way of working that unit into a proper Astra Militarum fighting force. If it is a single Character model, a Baneblade or a unit of three Scout Sentinels – it can work going forward.

Have fun with your first model. Don’t stress.

The Astra Militarum Start Collecting Box which contains a Commissar, a Leman Russ and a 10 man Guardsman Squad with a Heavy Weapon is a great investment. At £47~ it will save you around £10 on the individual prices from Element Games.

Element Games also do an Astra Militarum Starter Bundle for £137~. It contains two of the above Start Collecting Boxes, plus another Leman Russ and a Command Squad. This is a significant investment for an initial army but makes an excellent addition for a second purchase. The savings are significant over the full retail price and are even decent over Element Games own pricing.

You can, of course, get these direct from Games Workshop. 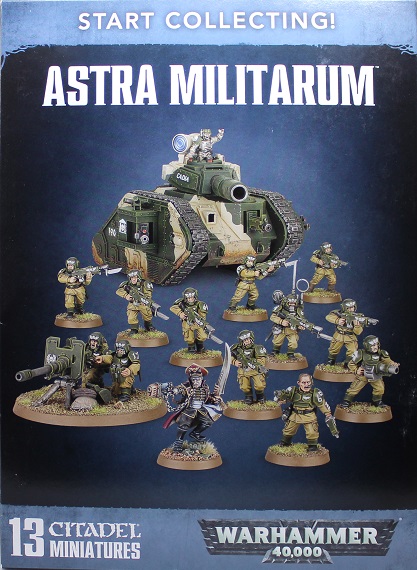 Where to buy Astra Militarum Models?

This is a good question and there are several places;

Pick somewhere you feel comfortable with and buy something you like. You really cannot go wrong here, whatever you buy will fit into a force. Maybe just don’t buy a Baneblade right away – it’s a big project! It took me a few years to get around to completing mine! 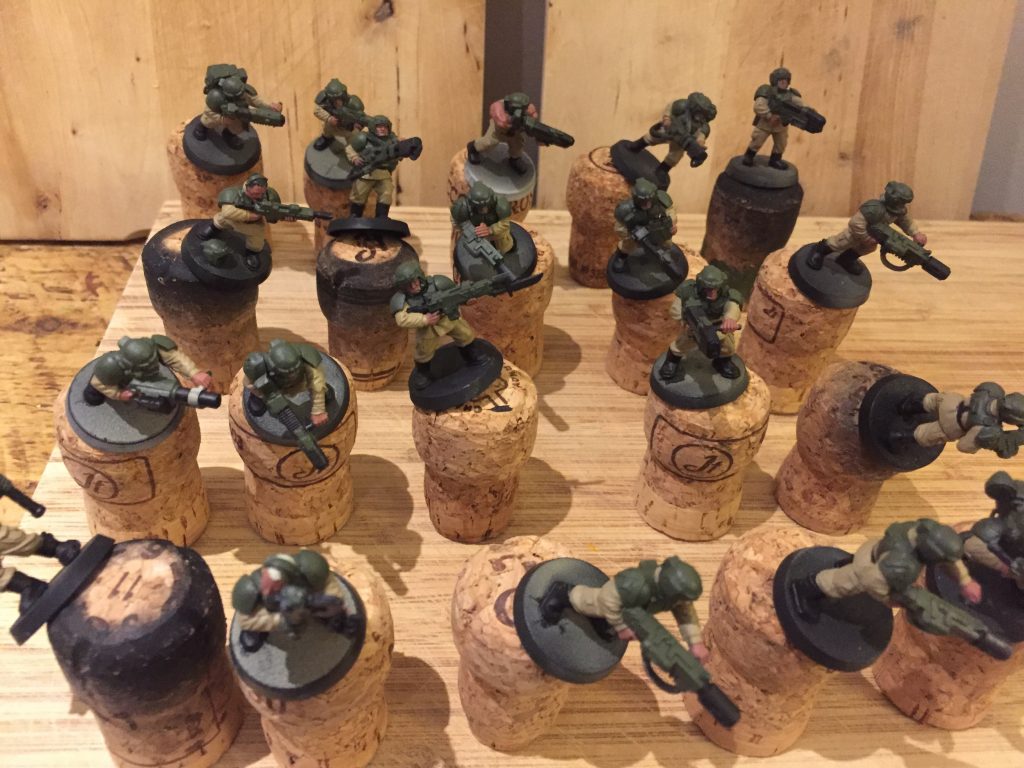 For 8th Edition, there are the Astra Militarum Data Cards. They are valid and useful as of now for 9th Edition. There might be more in the future, but I do not know. I have them and I find them useful.

Everything on the cards is in the Codex. The cards just make the information easier to find and use. You don’t need them to throw dice and paint.

They can come later. They’re essentially reminders, which you can make yourself with pen and paper. 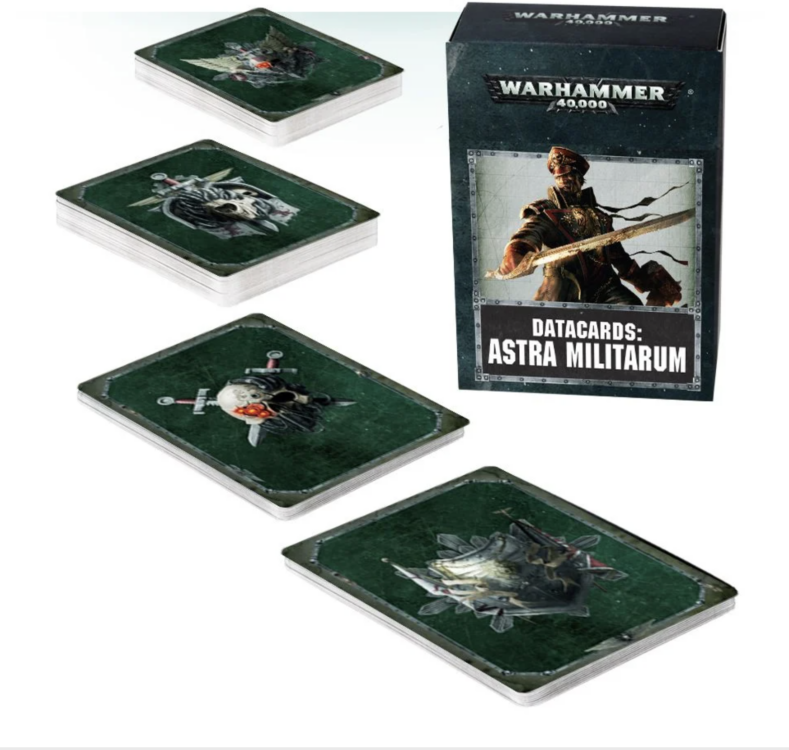 So this is where it gets confusing. You have the Codex, you have the BRB and you’re all set! Yay!

The two books in Chapter Approved are called Grand Tournament and Munitorum Field Manual. They contain extra Missions, new points values for all armies and more recently they have also started to update and change the Secondary and Primary Objectives used in those missions – all in the name of balance.

It is not needed to get started and do not worry about it to start out.

Phew. I know. It’s a lot to take in. It is these little things that make starting Warhammer 40,000 hard work. There are so many little extras it is hard to know what is what. One store will tell you something different from someone else and then a friend of a friend will then say something else. It’s hard to keep up with. But I hope this article goes some way to distilling all these various products into something more manageable in your mind.

So do you need Chapter Approved to slap on paint and hurl dice? No! It’s meant to fix a few rules, points, missions and abilities that get abused, clarify some grey areas and add new rules where there were none before. It gets used in tournaments and by a lot of regular players too.

It is a good idea from Games Workshop if you ask me. But it’s not needed for new players.

Chapter Approved is not an Astra Militarum product, it’s a general book for the whole of Warhammer 40K. If you do ever get a copy of Chapter Approved, be aware of when the last one was released and will there be another out soon? Don’t waste your hard-earned human money on a book that will be obsolete in a month or two. 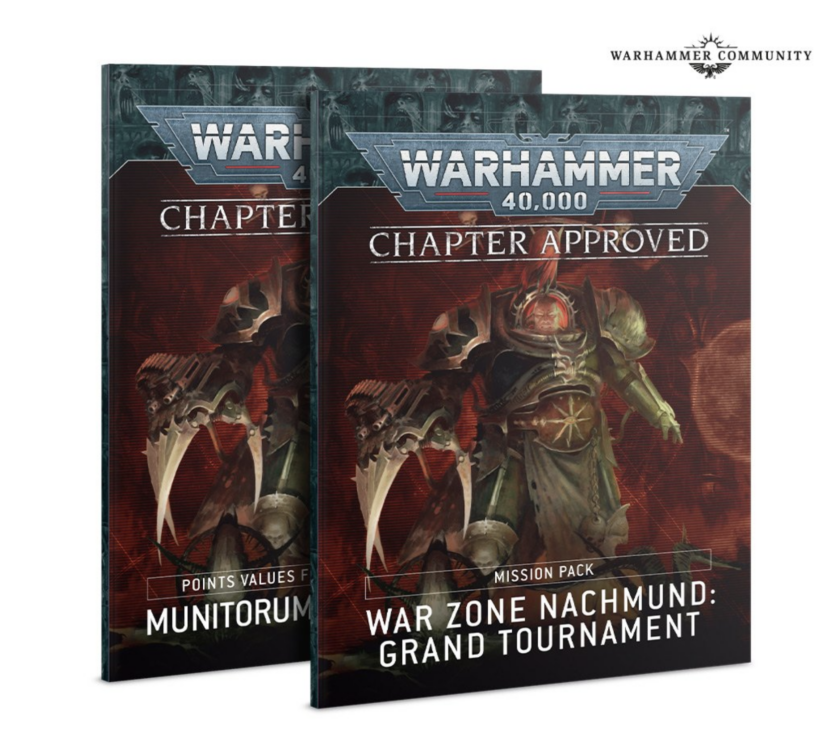 You’ll see terrain available from Games Workshop and from other retailers I’m sure. There are a lot of types and a lot of different materials used to make terrain. This is great because as consumers, we have a large selection.

But you don’t need purpose-built terrain to have a game of Warhammer 40K. You can use cups, books and candles. Just litter your dining room table or floor and start fighting.

As you can see from the below photos. My battlefields (and place to play) have changed a lot over the four years since I started. 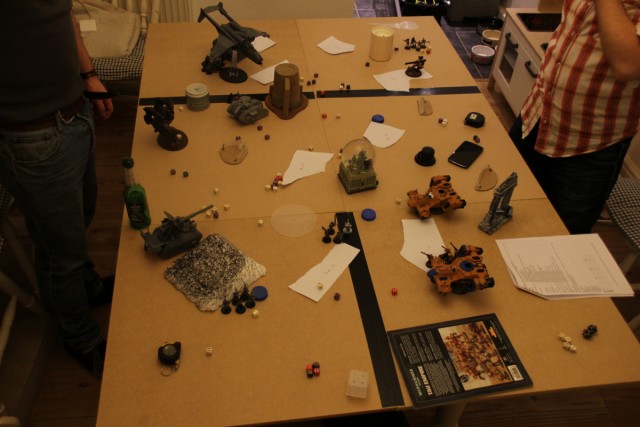 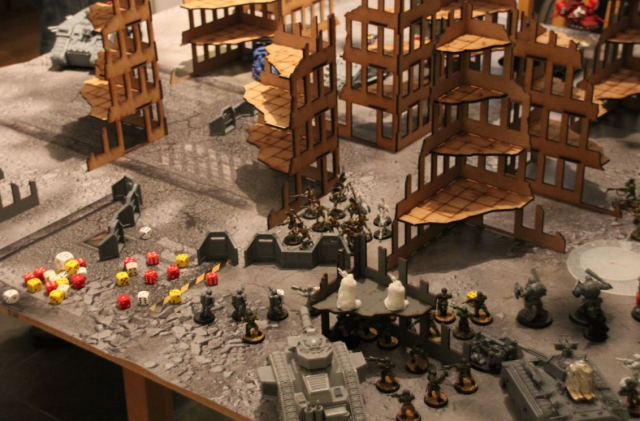 Then some MDF buildings with a battle mat 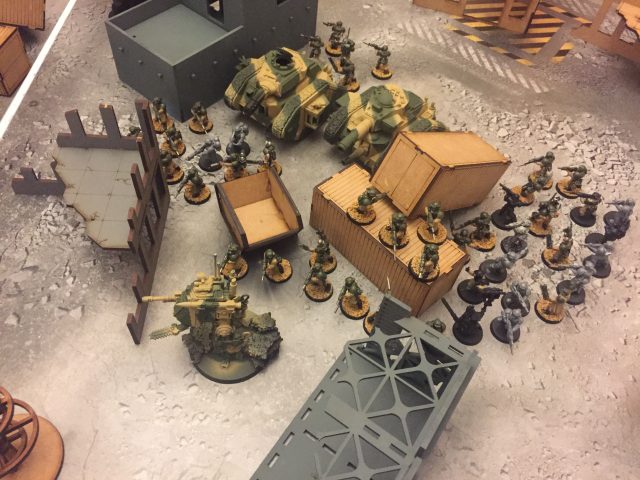 Then I painted some of the MDF grey 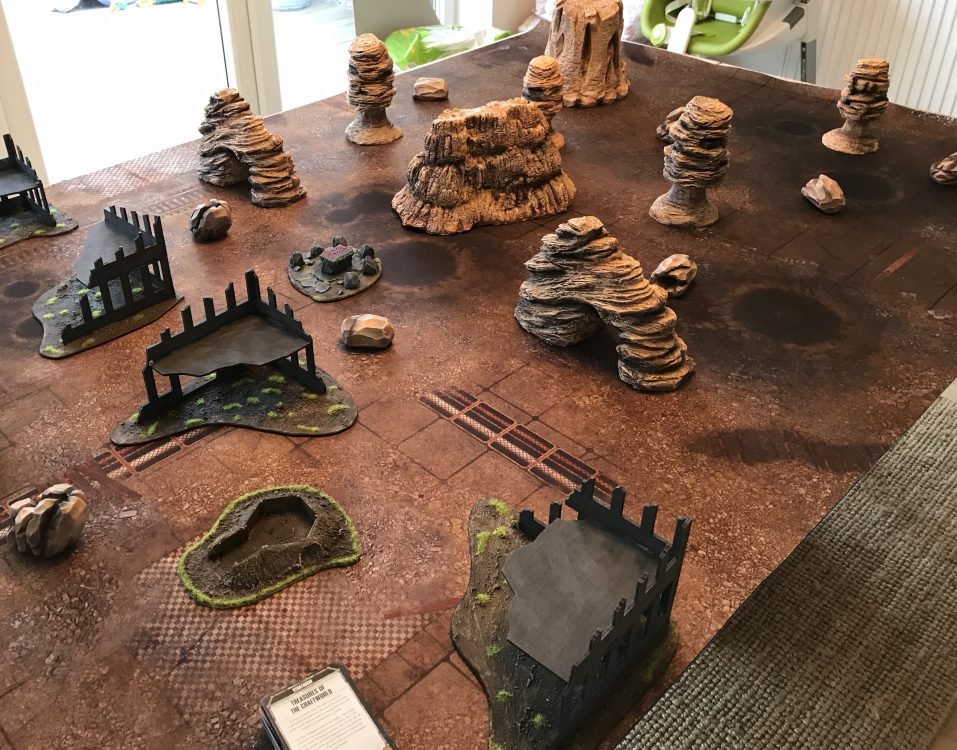 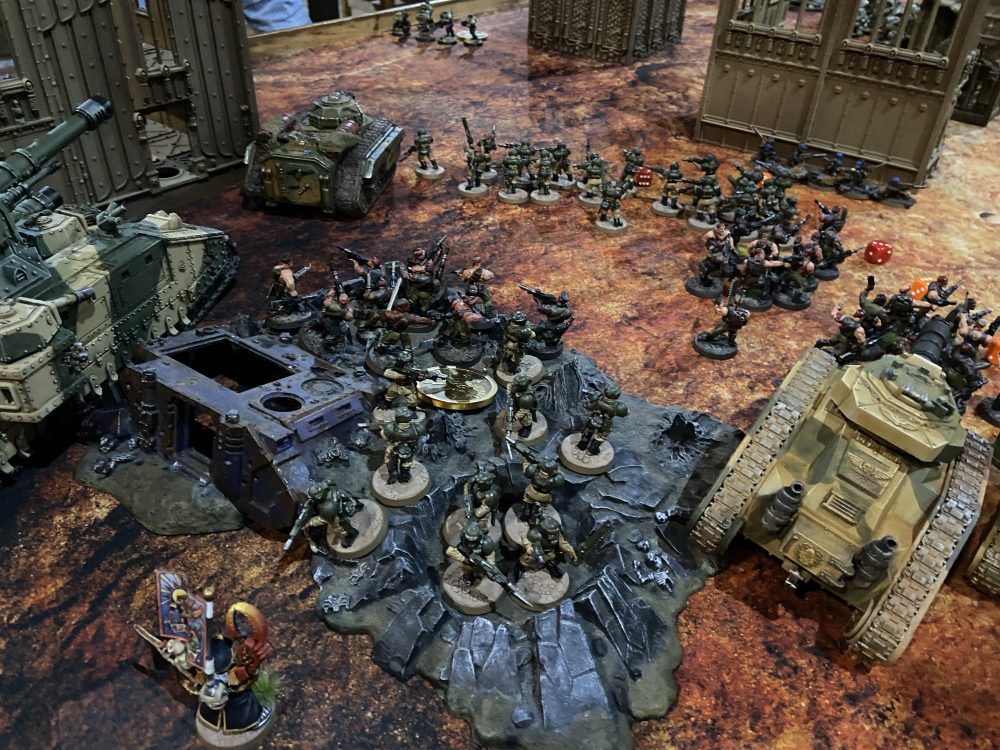 Battlefield from a tournament 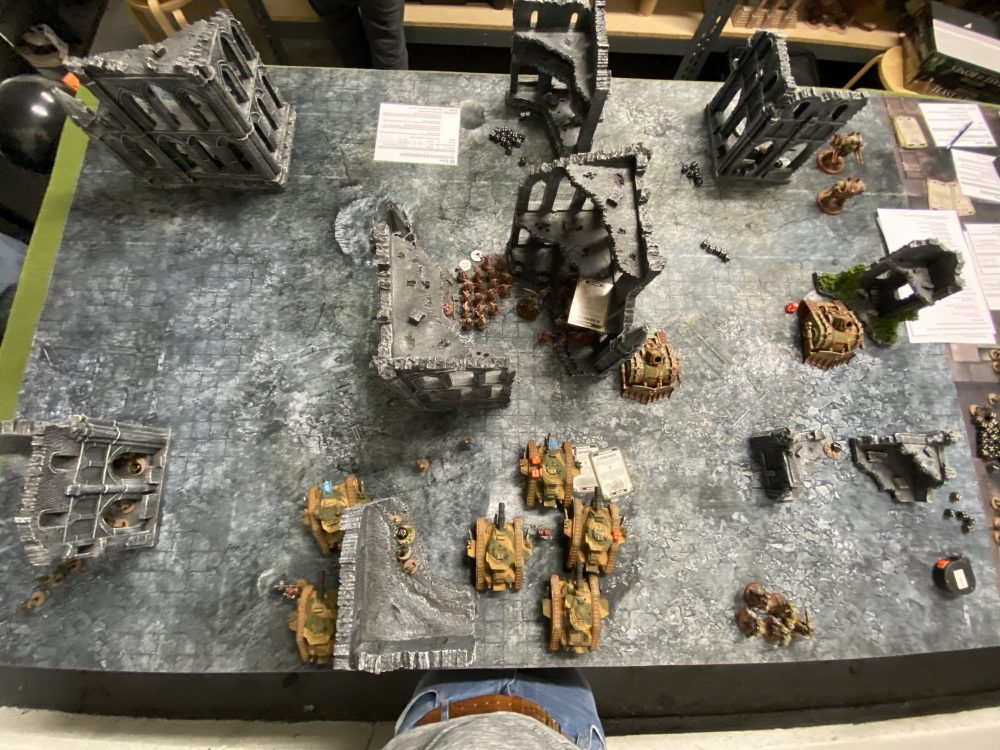 Battlefield at a local store

One easy way into Warhammer 40K hobby is with a box that contains everything you need. These boxes tend to be released at the start of a new edition and contain rules, terrain, a battle mat and two full armies.

To summarise, as the bare minimum to play a game you’ll need: 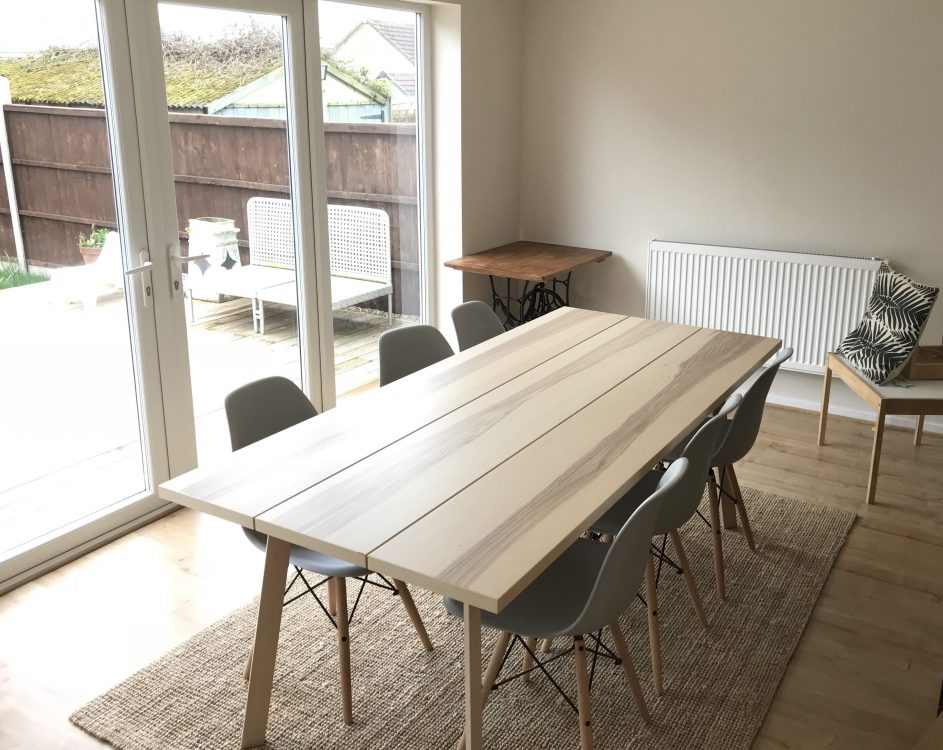 To the untrained eye, this is a table. It is actually a 40K battlefield – Astra Militarum Products

And that’s it. Just two of those things are actually Astra Militarum Products.

This is an important step. Once you play a game like this you’ll either be hooked or unsure. If you’re hooked it’ll be because you enjoyed the flow of the battle and the events that occurred. You’ll have enjoyed the decision making regarding how your force fought. And you will have told a story about the heroism of your Imperial Guard warriors.

To begin with, I find it less about winning and more about the story that plays out in your head and that you went down fighting!

Having stunning models and terrain only adds to that experience, they’re not essential. In this raw form, 40K is still really enjoyable – as it should be. Having that spark ignited for 40K will then inspire you to go on and build out your own stunning Astra Militarum army. 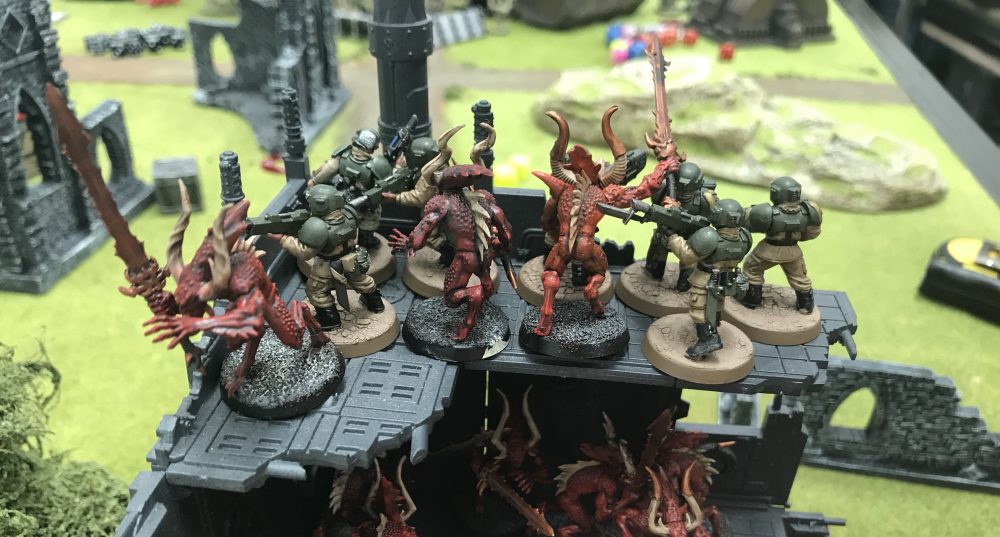 My Guardsmen going down fighting!

And let is it for this article on Astra Militarum Products.