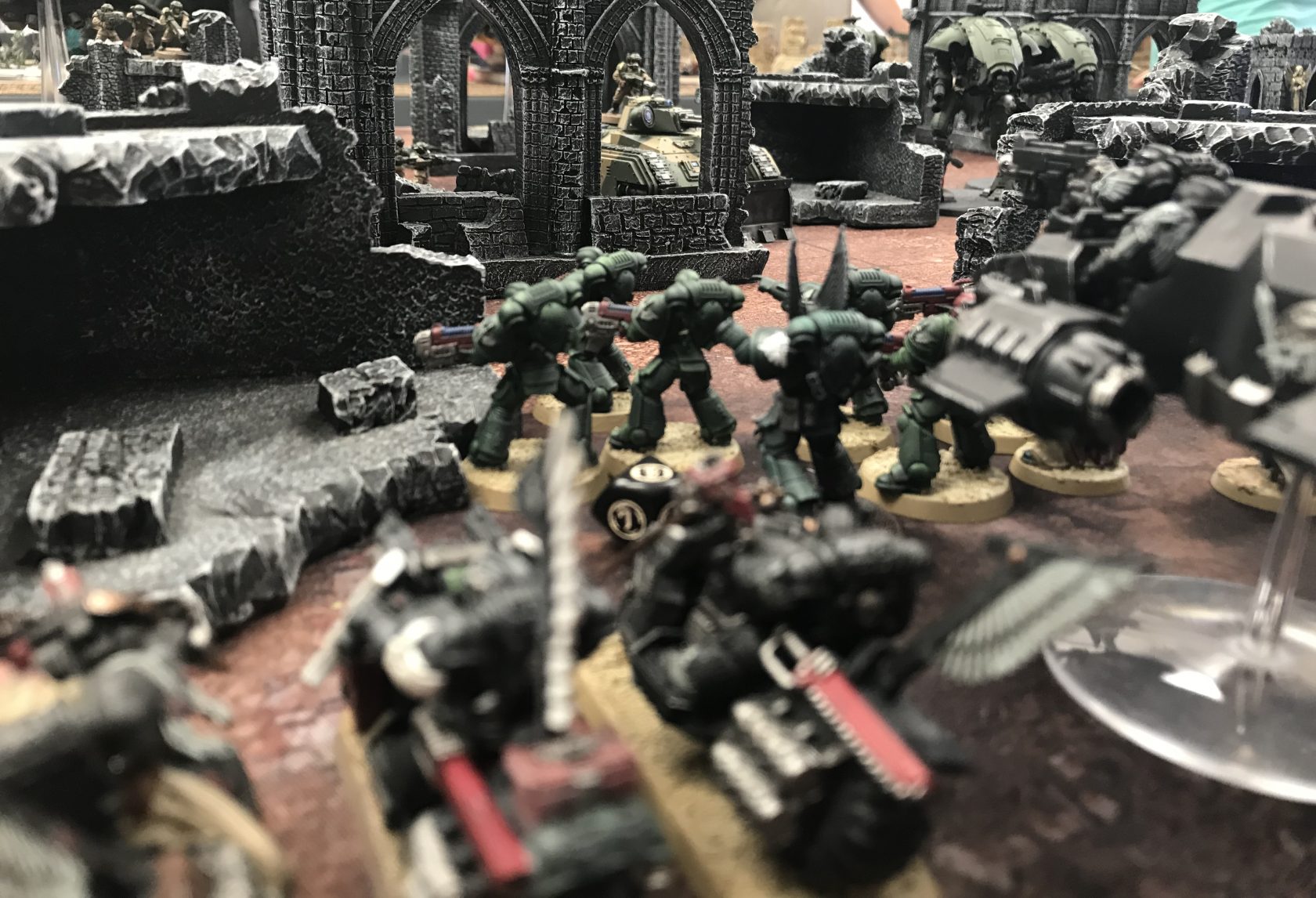 Onwards with our series - let us delve into Ways to Play 40K...

The following could be applied to all armies in 40K. I will cover the ways to play 40K because there are a few and they are worth covering properly. Especially for new players because it can be confusing. But this article will tie into the next which will be specifically about Ways to Play Astra Militarum.

There are three Ways to Play Warhammer 40,000, these are introduced to you in the Warhammer 40K Basic Rulebook. Anyone can choose any of the ways to play, just decide with your opponent before you play. Each caters to a different style of gamer and gameplay. All are fun in their own way.

If you do not like one, try another. They are different enough that it’s worth trying them all at some point. 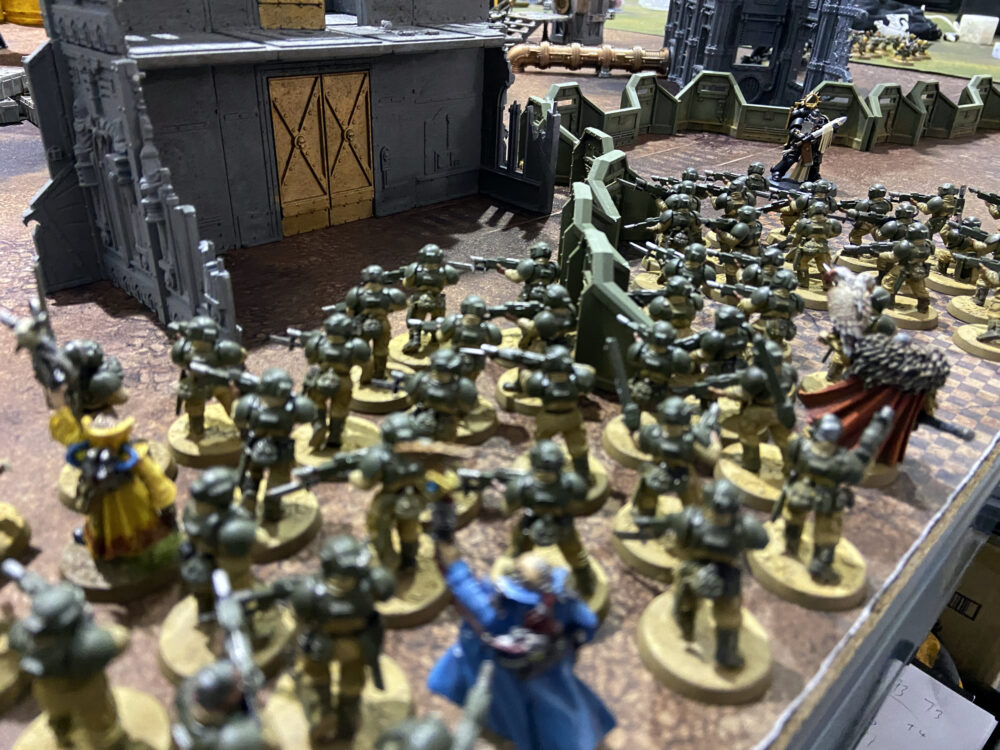 It’s at this point that you may start to think this is far too complex. And it’s these types of oddities that can turn new players off.

You’ve only just started playing the game and already you’ve had to make so many decisions, many of which are hard to do because you don’t have a load of knowledge and you don’t want to spend a lot of cash on this new hobby you barely know.

All this stuff is hard to communicate in a clear way.

But all of this series aims to help you with the above questions. There is no real wrong way of starting the Warhammer 40,000 hobby. Everyone starts it in their own way; gently being bumped along the way by friends, store owners, blogs, forums and Games Workshop’s relentless release schedule.

And so here we try and smooth out this obstacle: Ways to Play 40K. 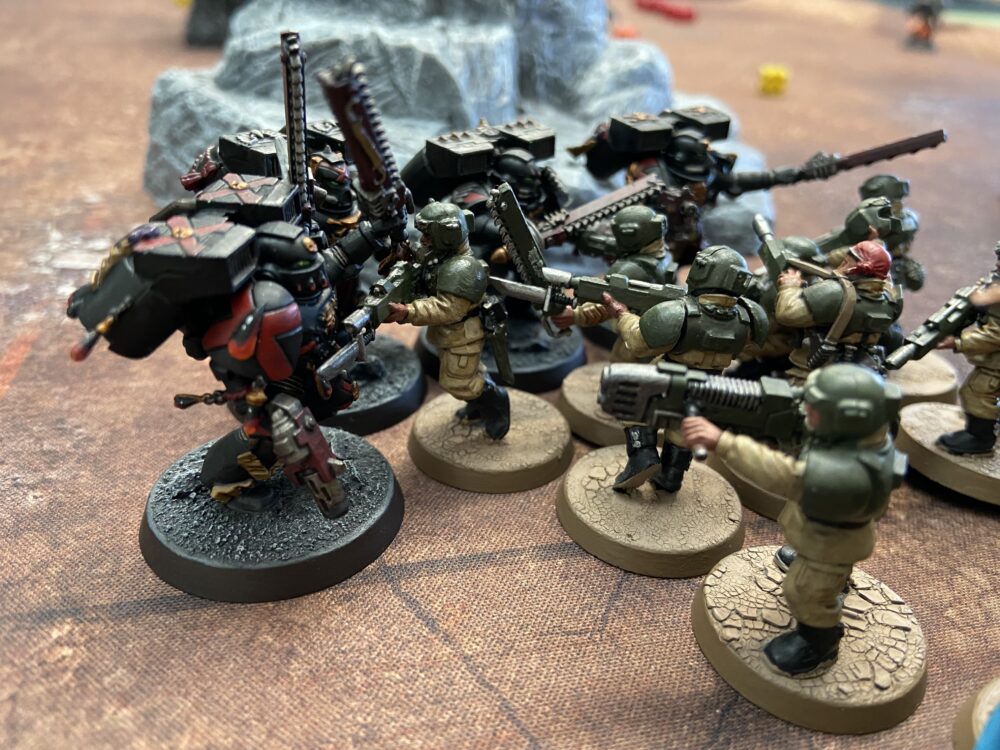 A quick summary before we begin to give some context. There are three ways to play 40K:

Each playstyle is covered below. The Warhammer 40K Basic Rulebook covers each one much more. 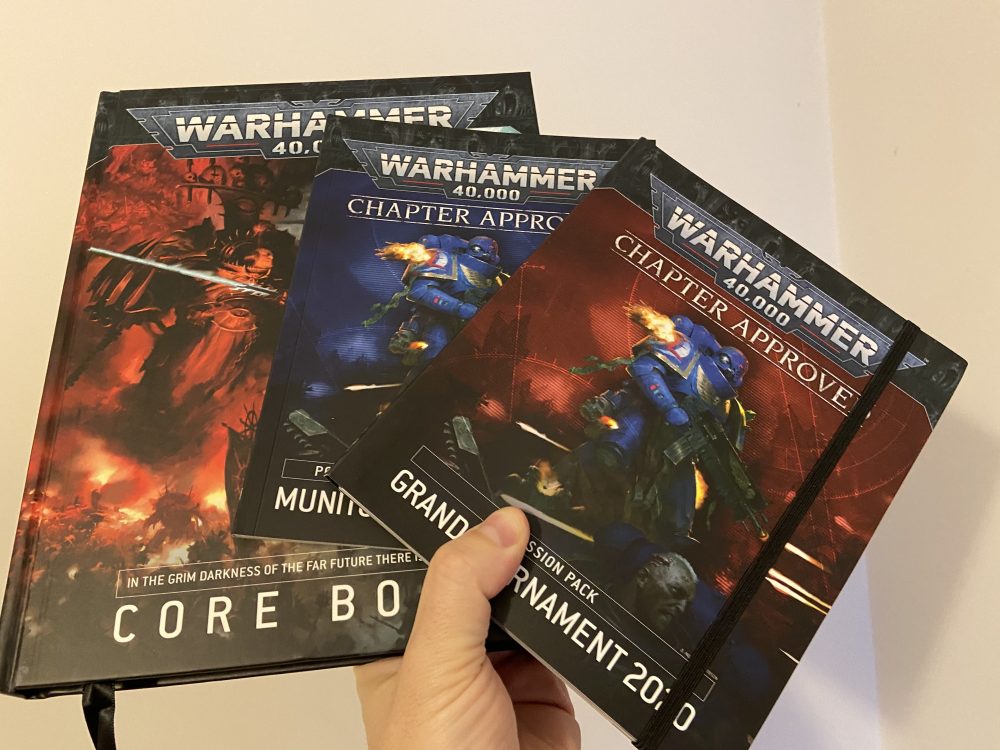 Open Play is easy to start, you need no prior planning and you can just throw models onto the table and play. It’s a good way to start because it removes some layers of complexity to the game and just lets you start playing a game.

You can also attempt to balance the forces playing a game using Power Levels. Each unit has a Power Level, you agree to a Power Level limit – you and your opponent pick units until your total Power Level reaches the limit. Easy.

If you want to swap out weapons and give your Leman Russ a Punisher Cannon instead of a Battle Cannon – no problem. It’s the same Power Level.

Narrative Play is more like Open Play than Matched Play. For me at least, it’s not midway between the two.

Narrative Play puts more emphasis on telling a story than the other two methods. And because of that, it’s more open than balanced. If you’re telling a story it’d be boring if both sides were perfectly matched, right?

Narrative Play can use points or Power Levels. There are specific Missions in the Basic Rulebook related to Narrative Play. More on points in Matched Play next…

The new Crusade System, which you may have heard about as part of 9th Edition, lets you build up your force using experience. As you go from battle to battle your units will change in terms of rules. They will pick up perks and battle scars that affect their performance on the battlefield.

The Crusade System is a way of playing multiple Narrative Missions with the same force and watching them grow with experience.

Matched Play aims to give both sides an equal chance of victory. It does its best to make the two sides equal.

As you’ll learn in 40K this is a very difficult task and it’s partly the reason that Chapter Approved exists – see Part 2. As Codexes are released existing rules need modifying to ensure they still work as expected and are not abused.

The more astute of you will have noticed that when using Power Levels you can add weapons and gear for no extra cost. If a unit is Power Level 5 then it’s always 5. Even if you max it out with gear and weapons. This, as you can imagine, can become unbalanced. Therefore Matched Play uses points.

In Matched Play every unit, model, upgrade, vehicle, weapon, etc has a points value. You and your opponent decide on a points limit and you chose units and their weapons/upgrades until you reach that points limit. This process can take some time and is done before a Matched Play Battle. I, for one, love writing and rewriting lists!

This is building your list, more on this in the next article about Ways to Play the Astra Militarum.

Of all the ways to play 40K – this is one I play most of the time. But when 9th Edition was first released me and my friends played using Open Play and Power Levels. Just to get us used to the new rules in the game before trying to get to grips with building lists in the new edition.

Nearly all of the Warhammer 40K Battle Reports I publish on this 40K blog are Matched Play. 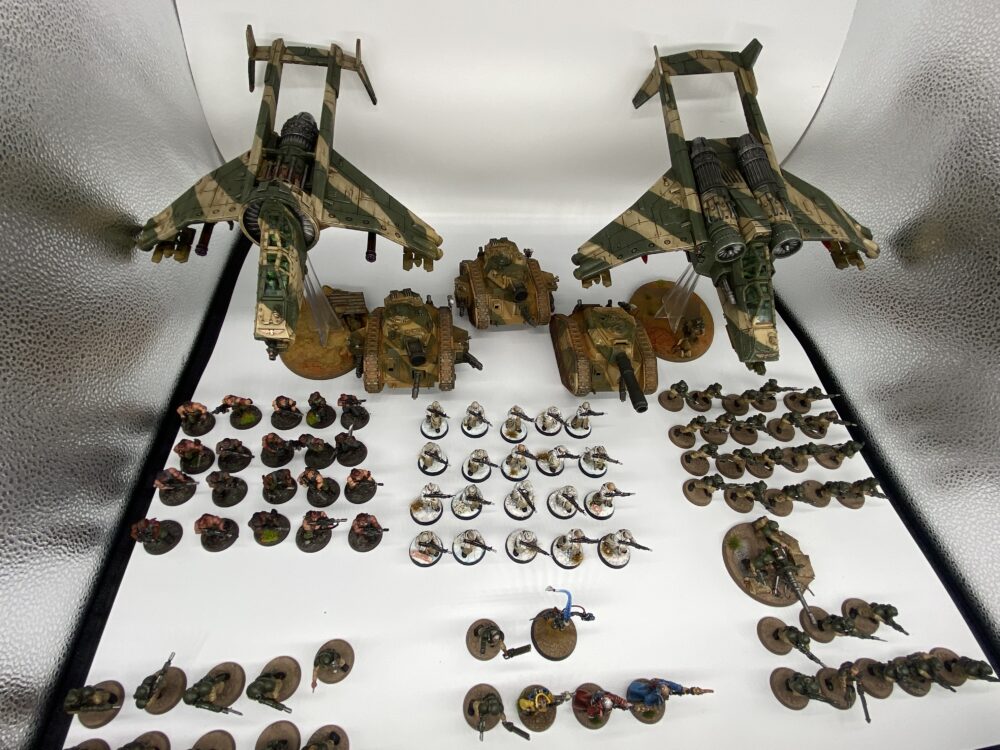 What is this you ask yourself?

The FAQs released by Games Workshop are not books. They are free PDFs that you can just go and get. They aim to fix rules and correct errors in printed Codexes.

If you’re playing in a store or a club then the chances are other players will know these FAQ rule changes and will use them. So you should know them too – but don’t get bogged down in them for now.

If you’re playing with friends then decide between yourselves if and when you’ll use the FAQs. That might be right away, it might be never.

I think we should mention Kill Team here. To communicate what it is and what it isn’t. Just to avoid confusion and clear up where Kill Team stands in the context of this series.

Kill Team uses its own set of rules and points values. It simulates small squads of Warhammer 40,000 soldiers battling it out. There are no vehicles and the battles take place on smaller battlefields and are quicker than a full game of Warhammer 40,000.

Kill Team is a good entry point into Warhammer 40,000. It’ll cost less because you have fewer models and there is only one book to buy – although I am sure more will come.

Kill Team has its own ruleset and remains that way. Separate from the core (and bigger) game of Warhammer 40,000. 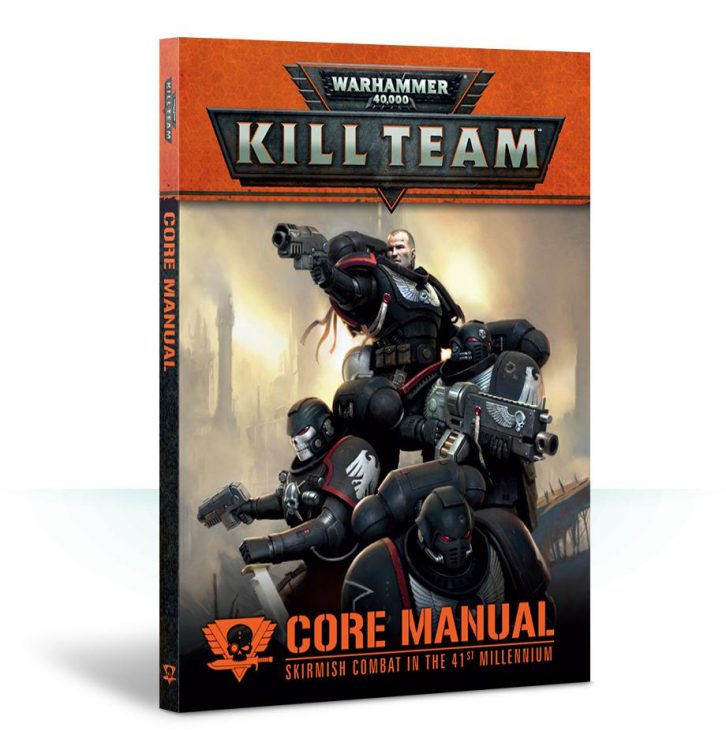