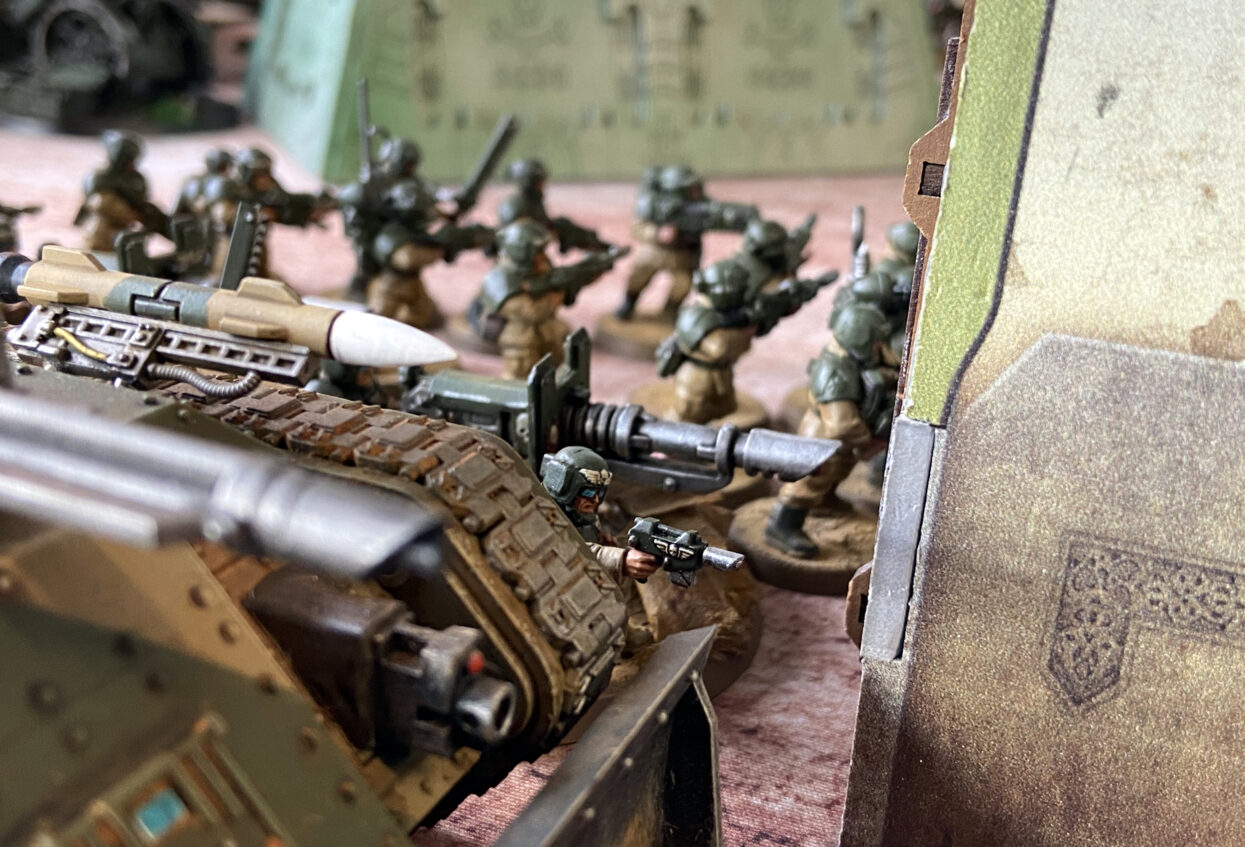 My first game in 9th Edition against Tau!

This Cadians vs Tau game is for a league at Boards and Swords, but not this league I am in. This is for a 40-player league split into four divisions of ten players. The top players of each division will play off for a final winner sometime in Feb/March next year. There are ten players in a division, you play everyone once, and there is one game per month. So my games will be completed nine months from June. 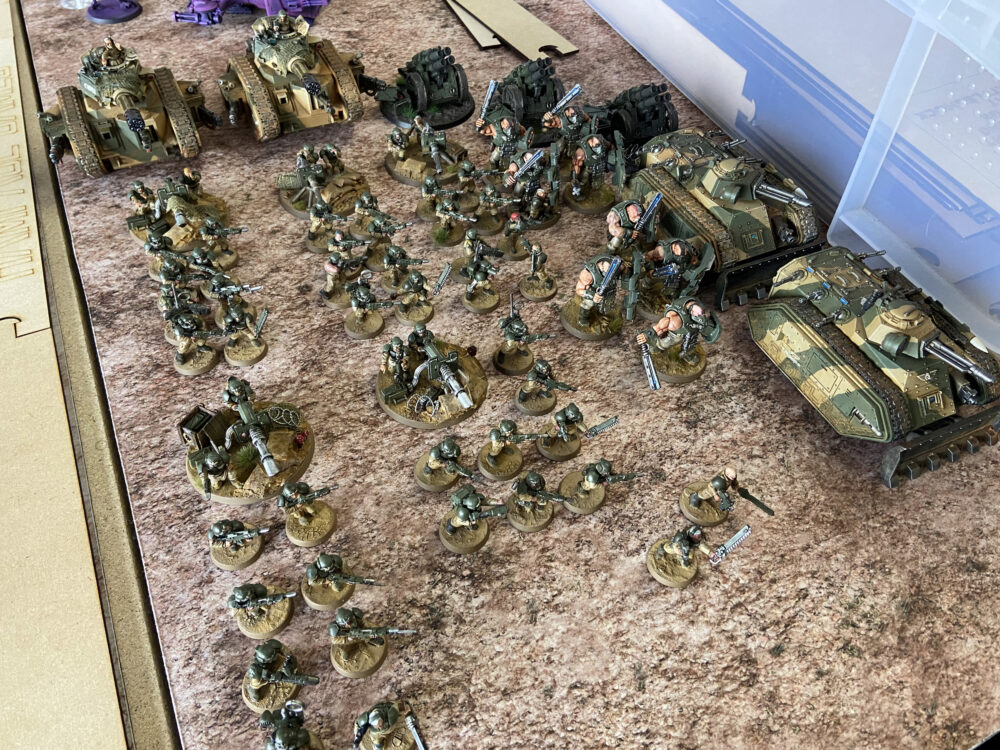 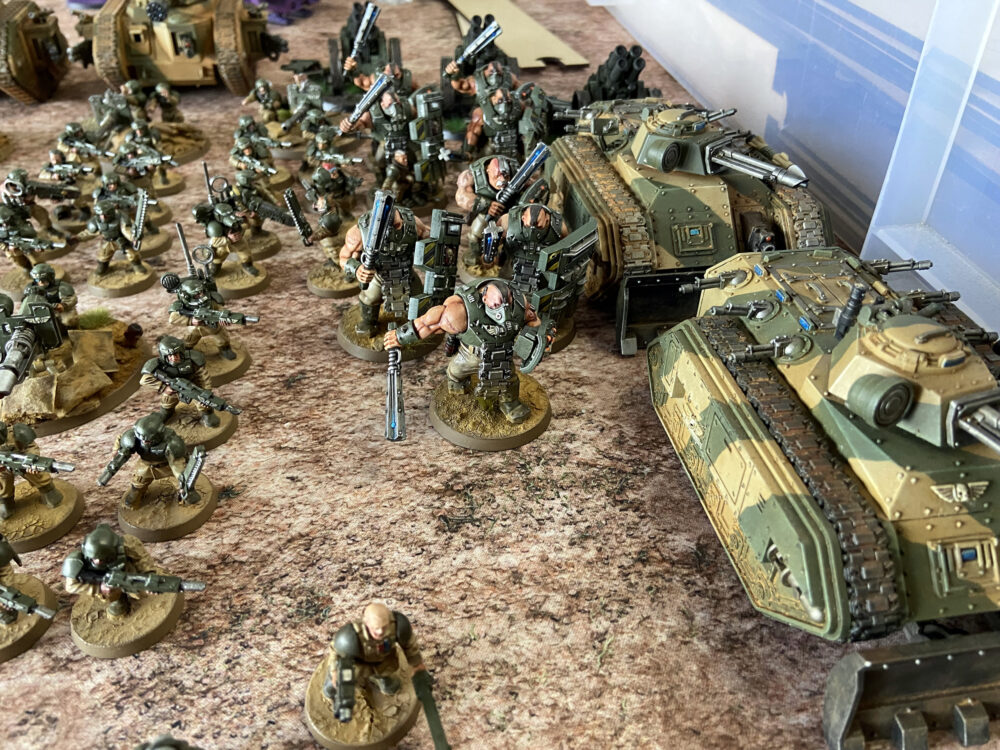 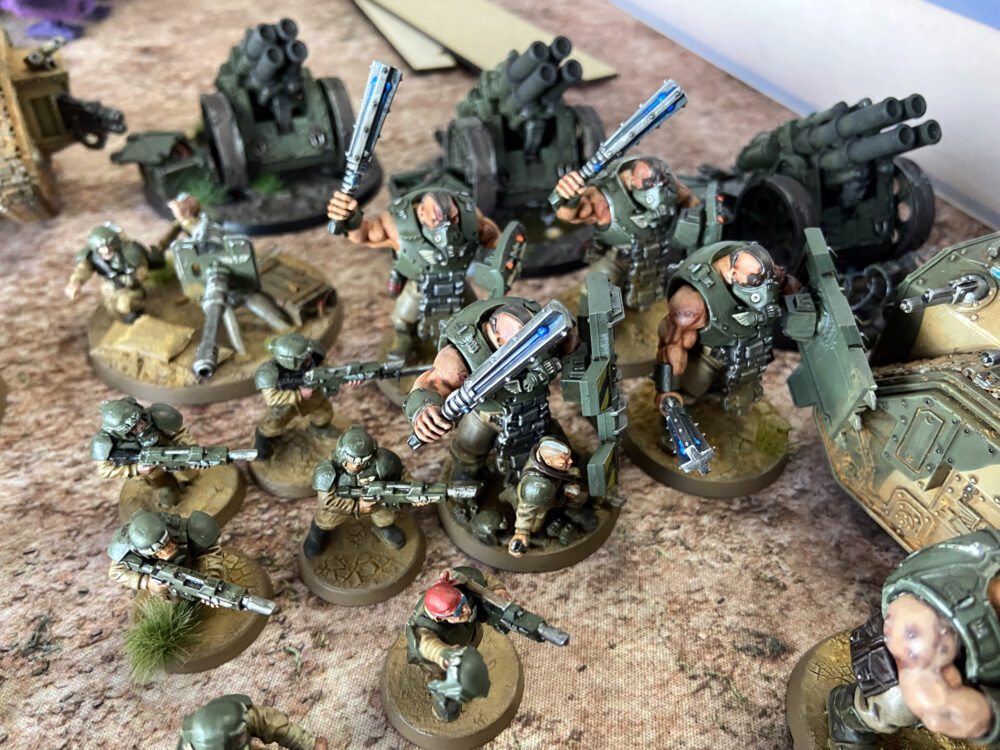 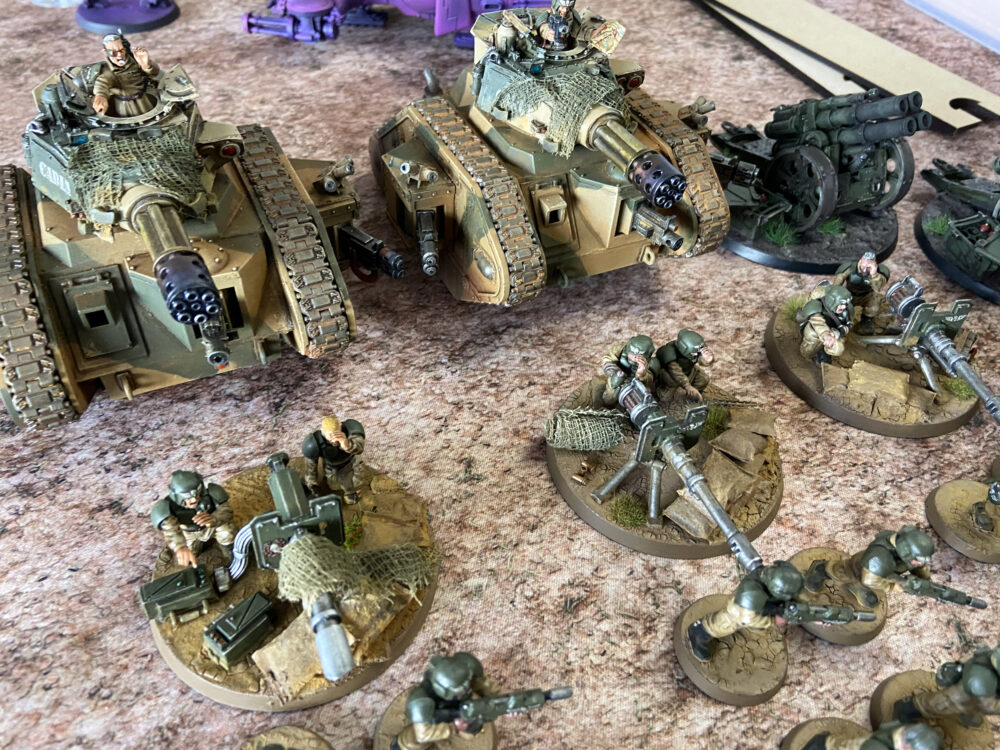 This is the 5th iteration of this list in as many games;

The Primary was the standard Take & Hold for 4VP for each other the following;

The other Primary was worth 3VP for each Objective which has a mission-specific action completed on it. THe Action was started at the end of your Movement Phase and completed in the following Command Phase. 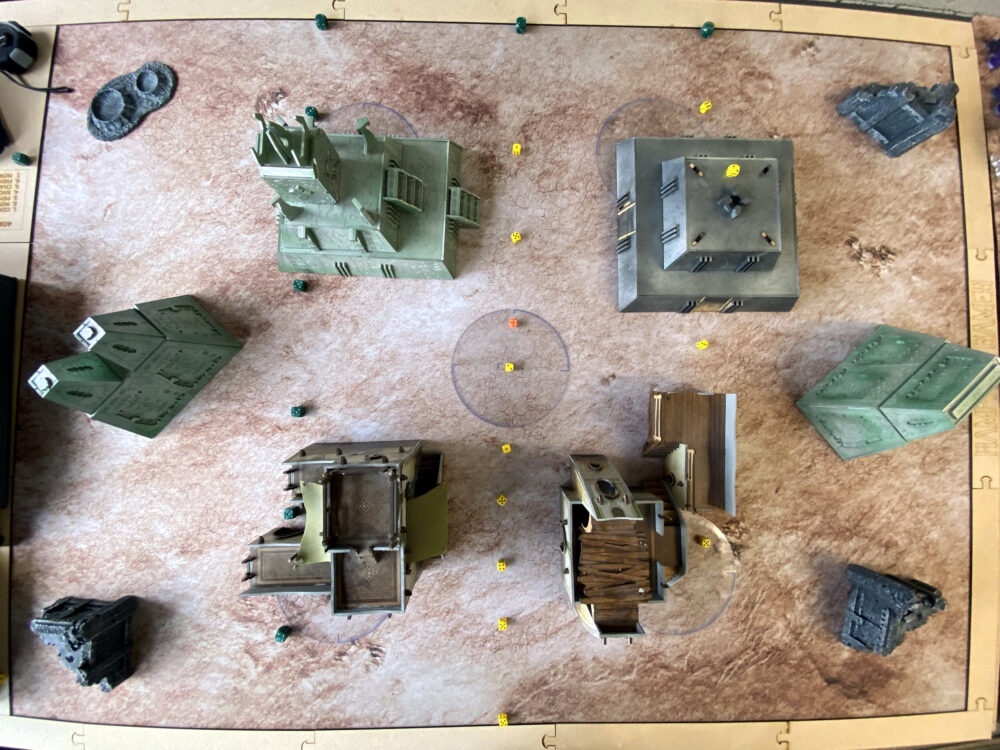 We used Terrain Set Up 1 from the War Com article back in June of 2021. 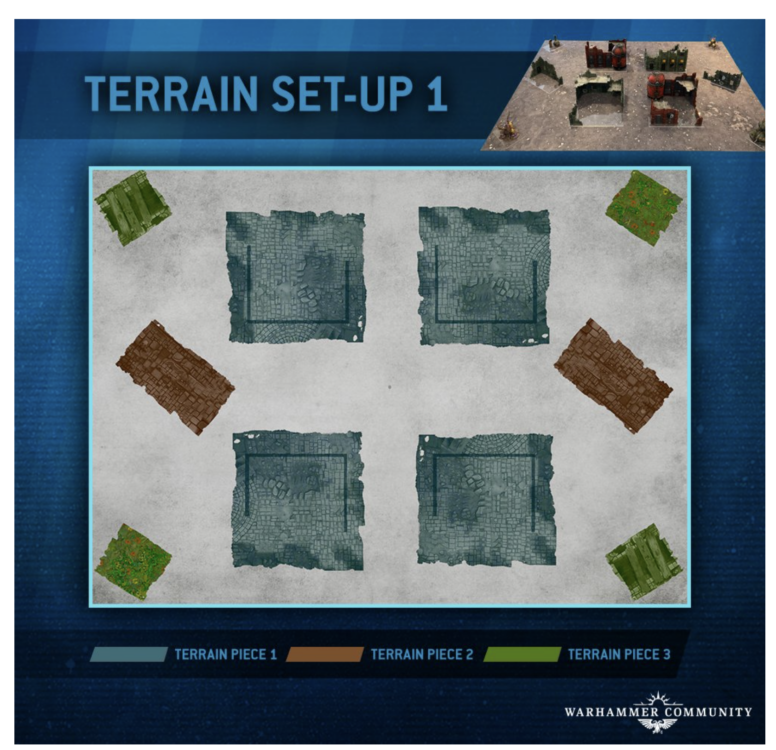 I hid my Thudd Guns well, in the only spot I could. All the pieces of terrain were line-of-sight blocking – which was good. The infantry I hid as best I could, but the Chimeras I did not hide well. I think that might have been a bad plan. I did not want them tucked out of the way fully because they would have had to move around the building to move forward, wasting valuable movement. 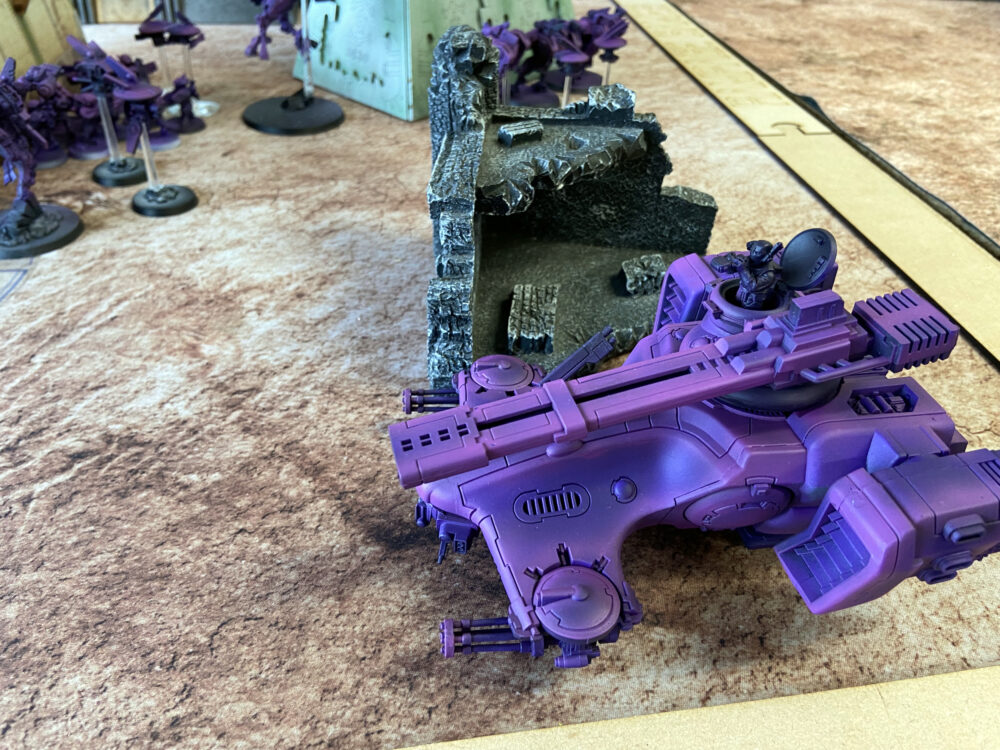 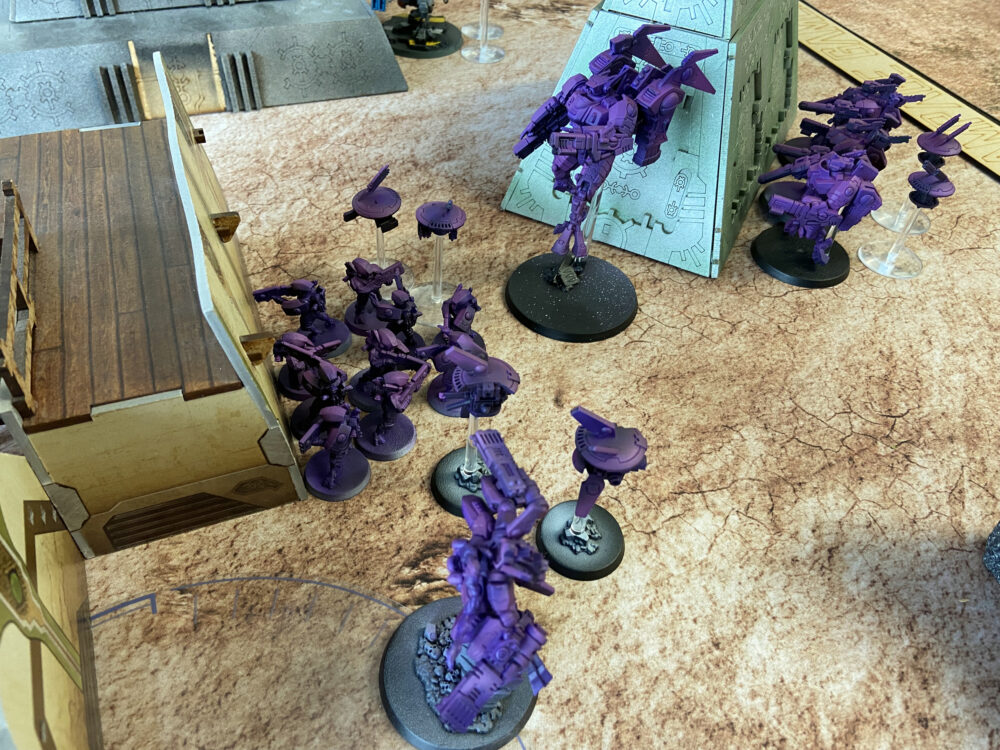 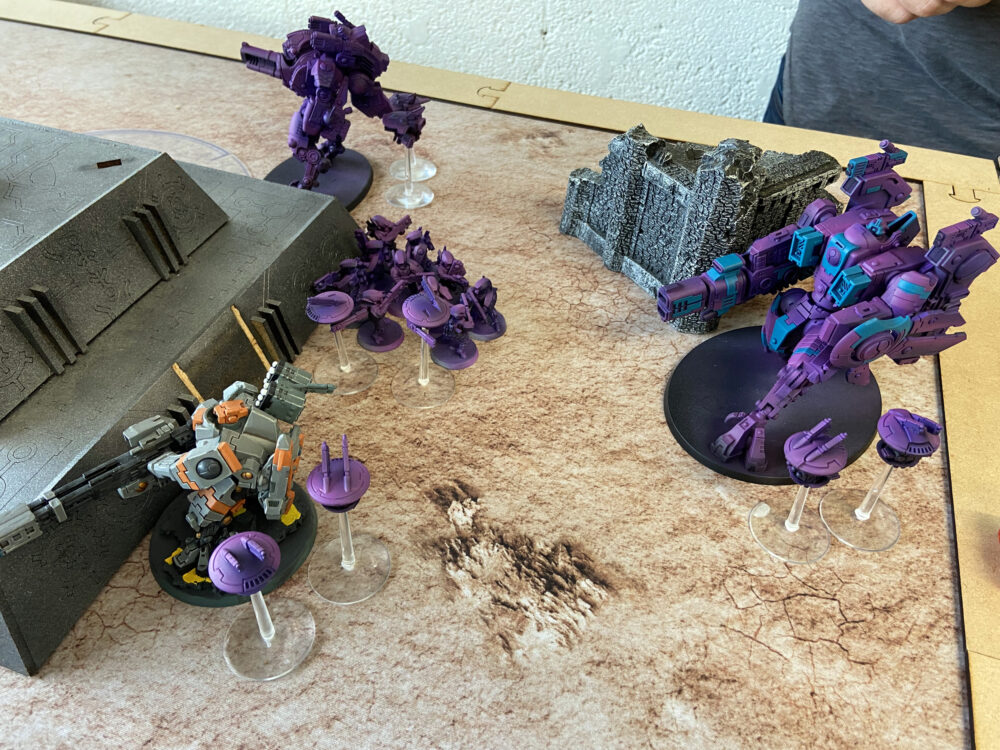 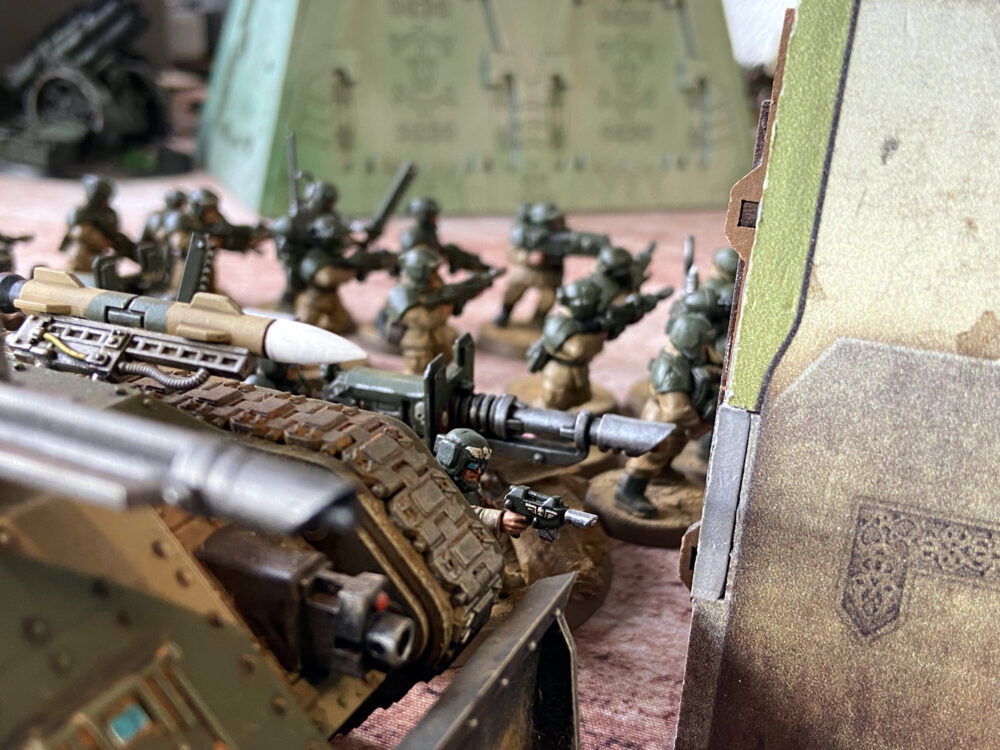 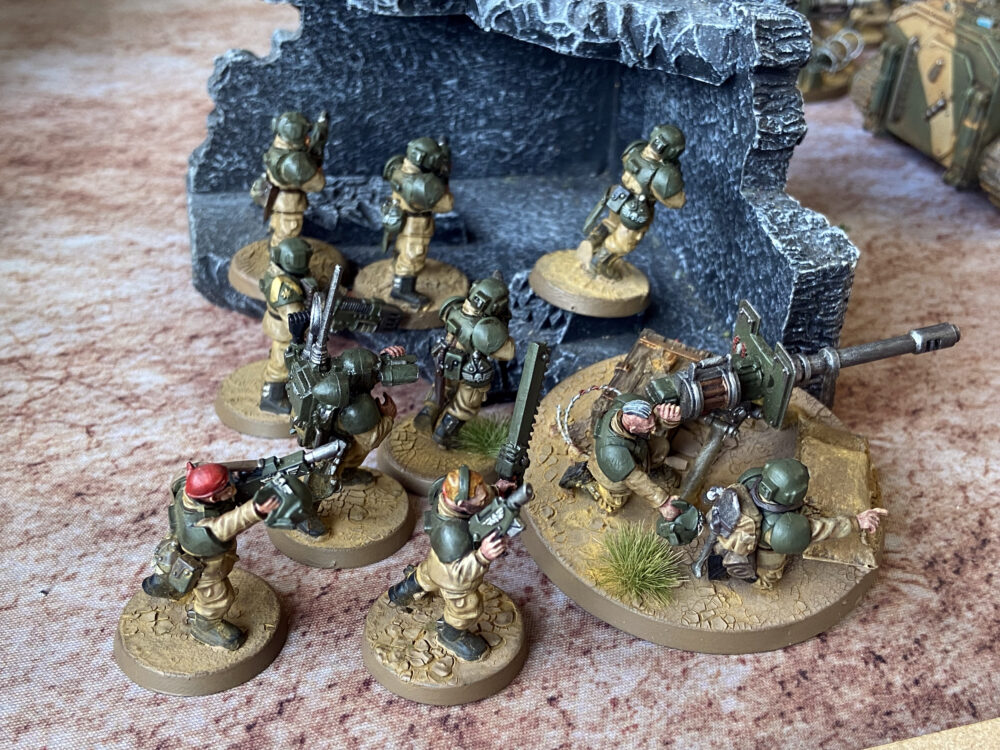 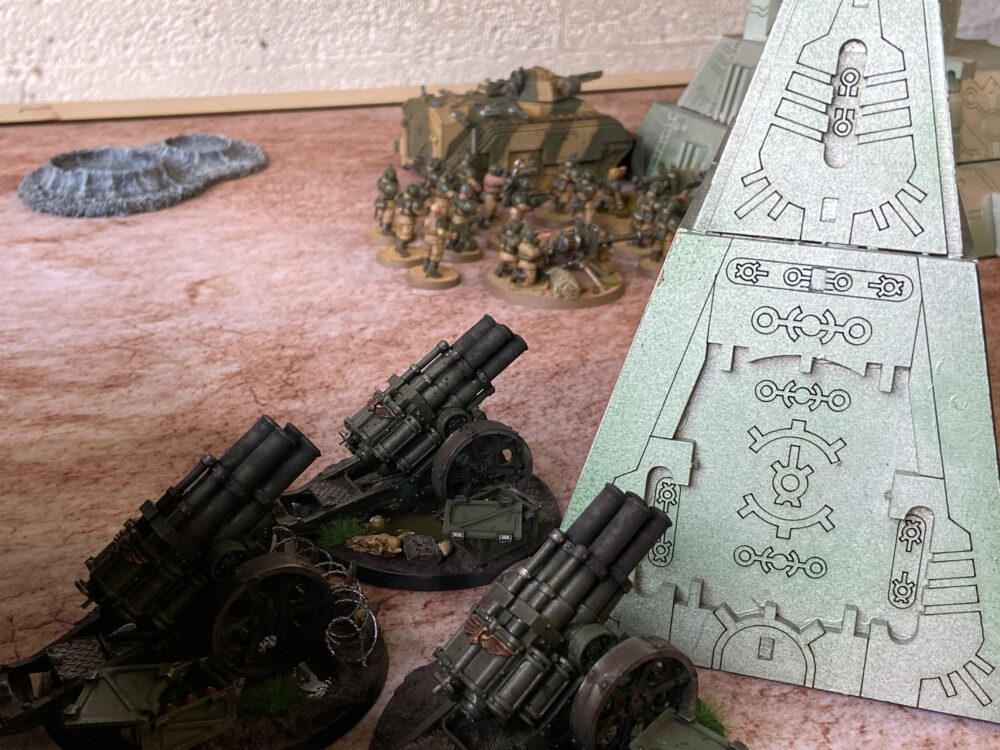 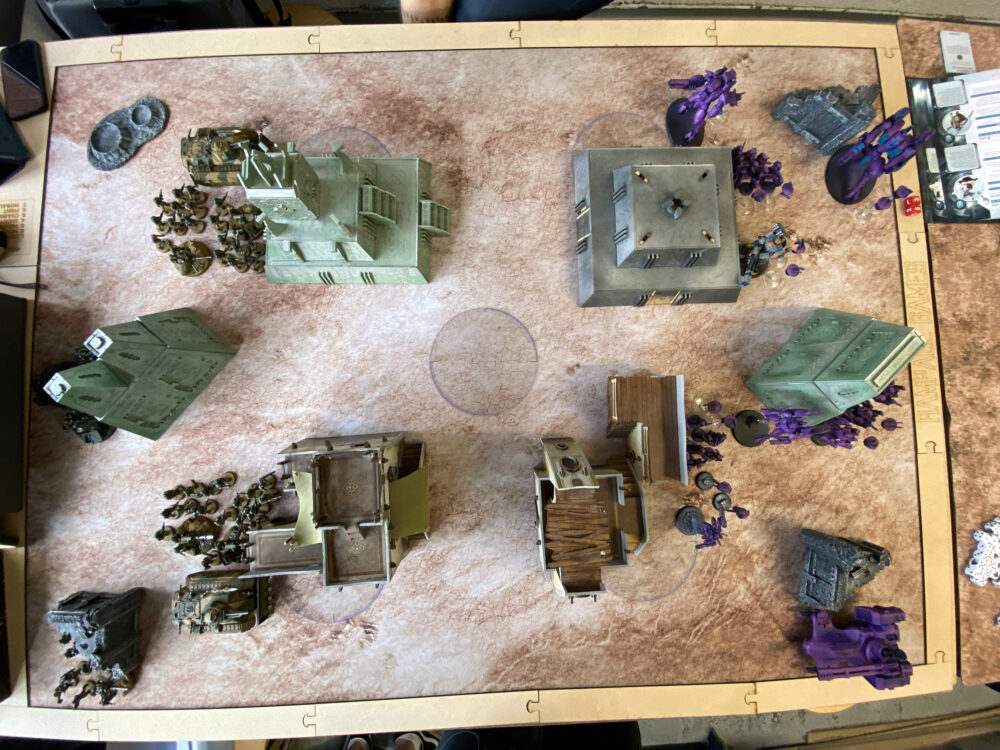 The Tau took the first turn and moved up significantly more than I would have thought they would. They then promptly deleted both Chimeras with very little effort.

I managed to get one unit of Bullgryns into cover and doing the Primary action and the other unit moved through the Necron-style ruins in front of them to charge the Coldstar Commander – which they did and he remained on just 2 Wounds. Argh.

The Thudd Guns went for the Riptide using Fire Reload Fire and did just 3 Wounds to it. 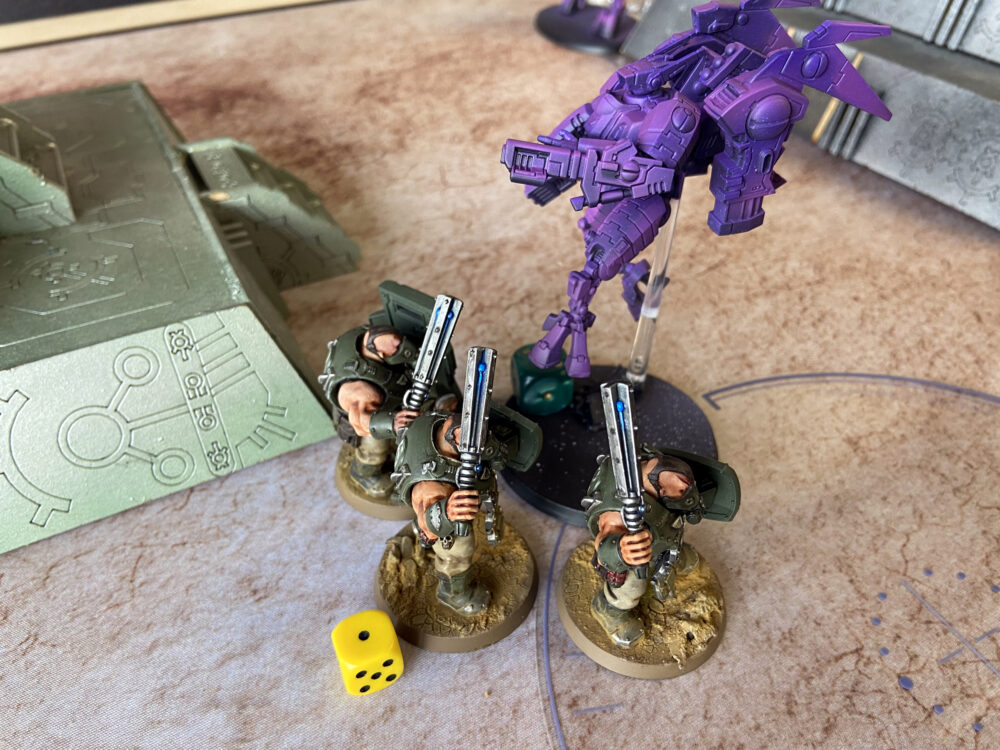 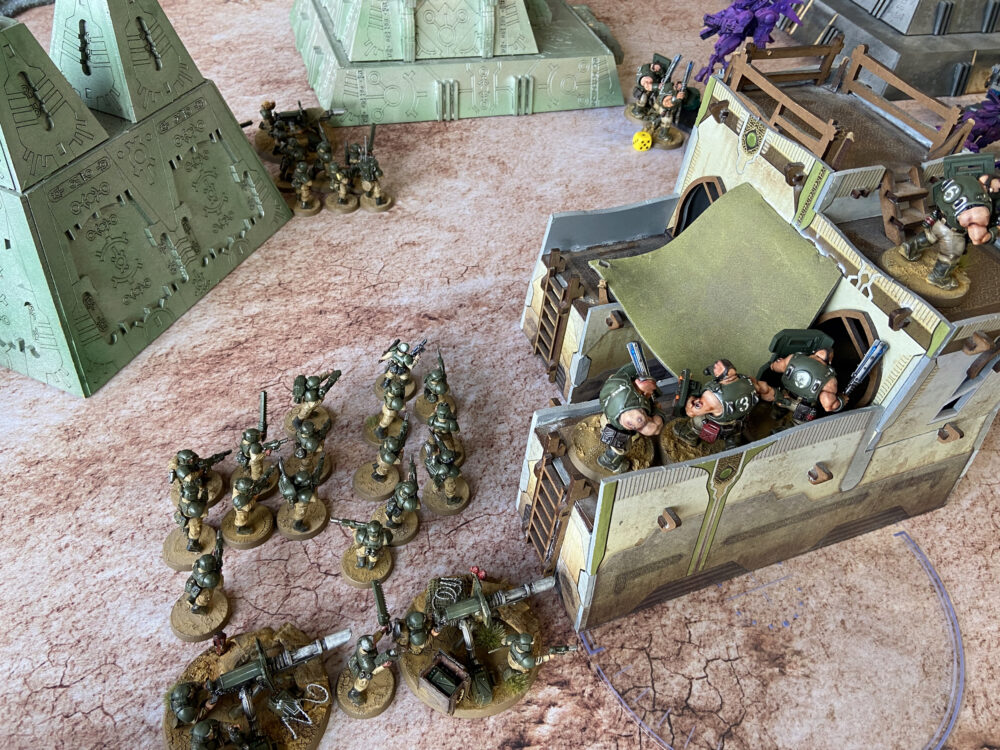 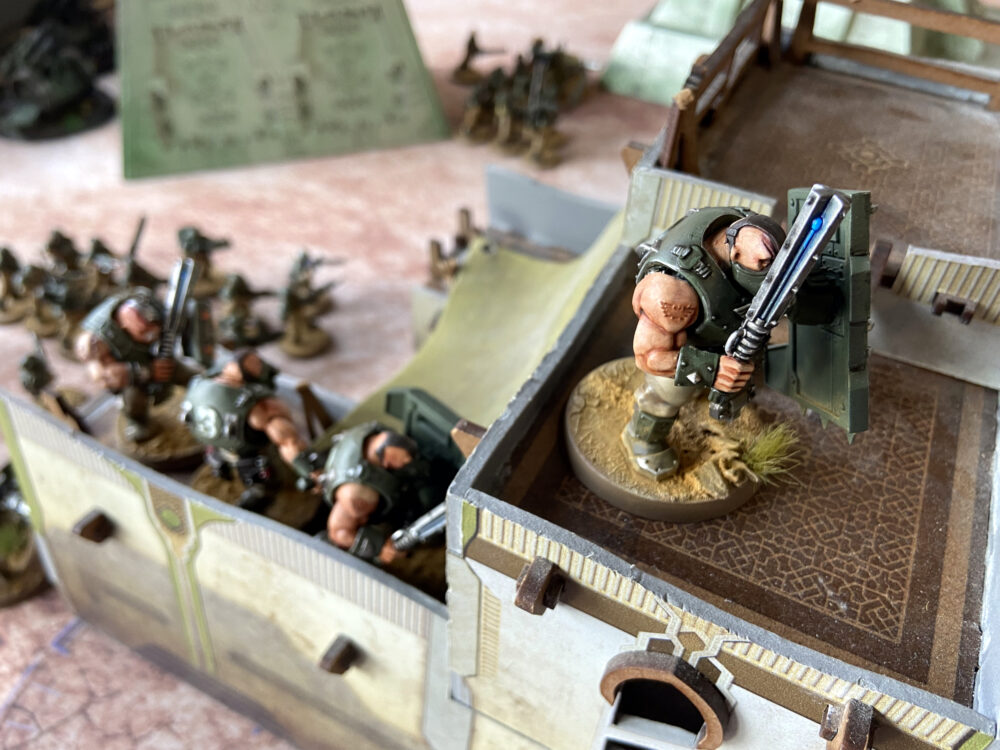 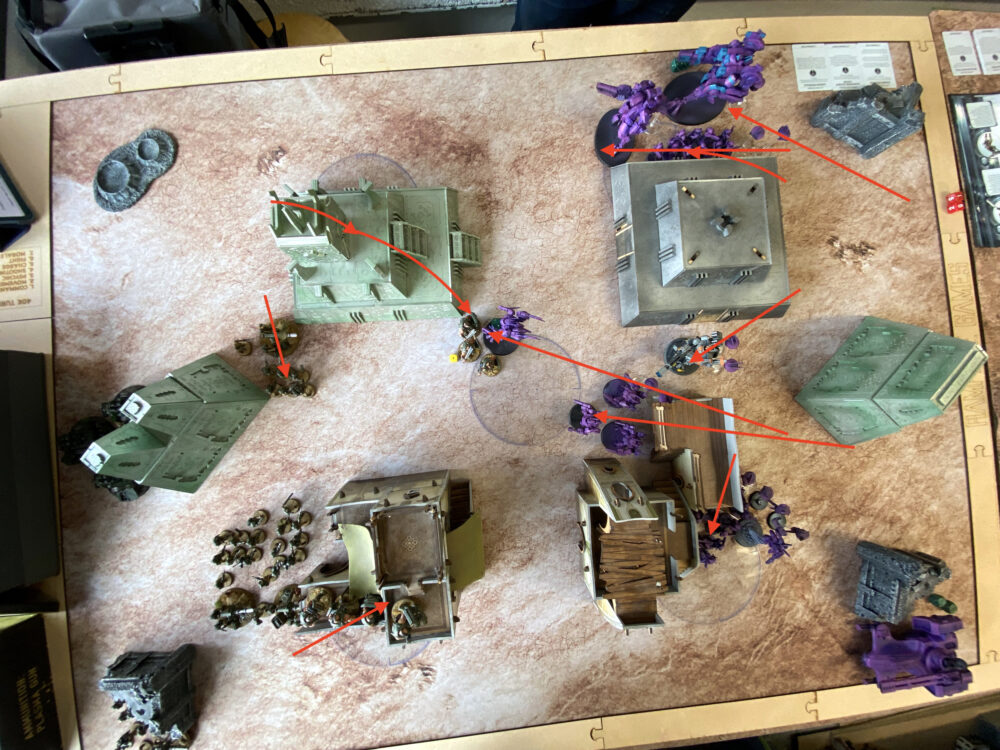 The Tau pushed forward even more and wasted 20 more Infantry and finished the other unit off which was half removed in Turn 1. Thankfully no Thudd Guns were lost and one was on a single Wound. With the other two intact. I lost a Bullgryn in the ongoing combat with the Coldstar Commander and another from shooting in the other squad doing their Primary action. 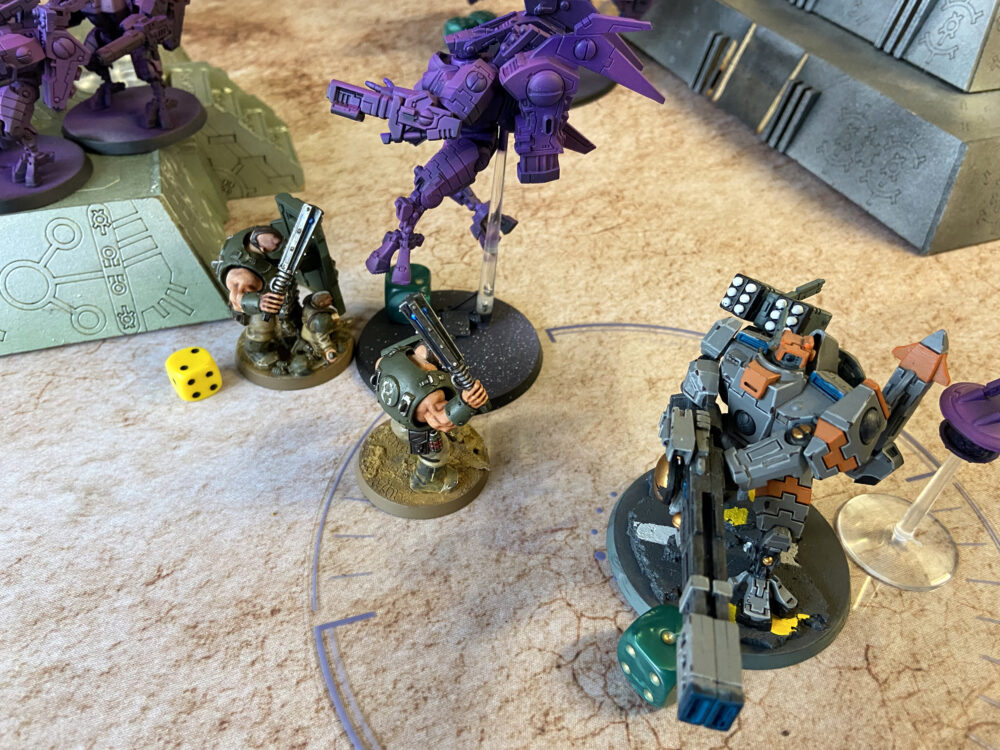 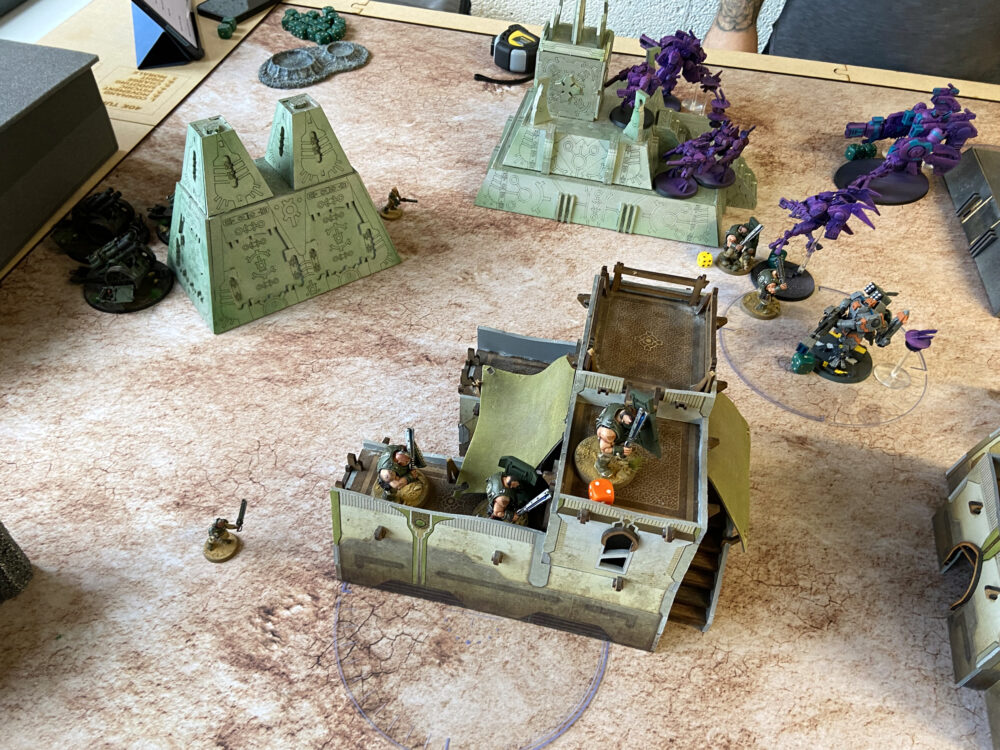 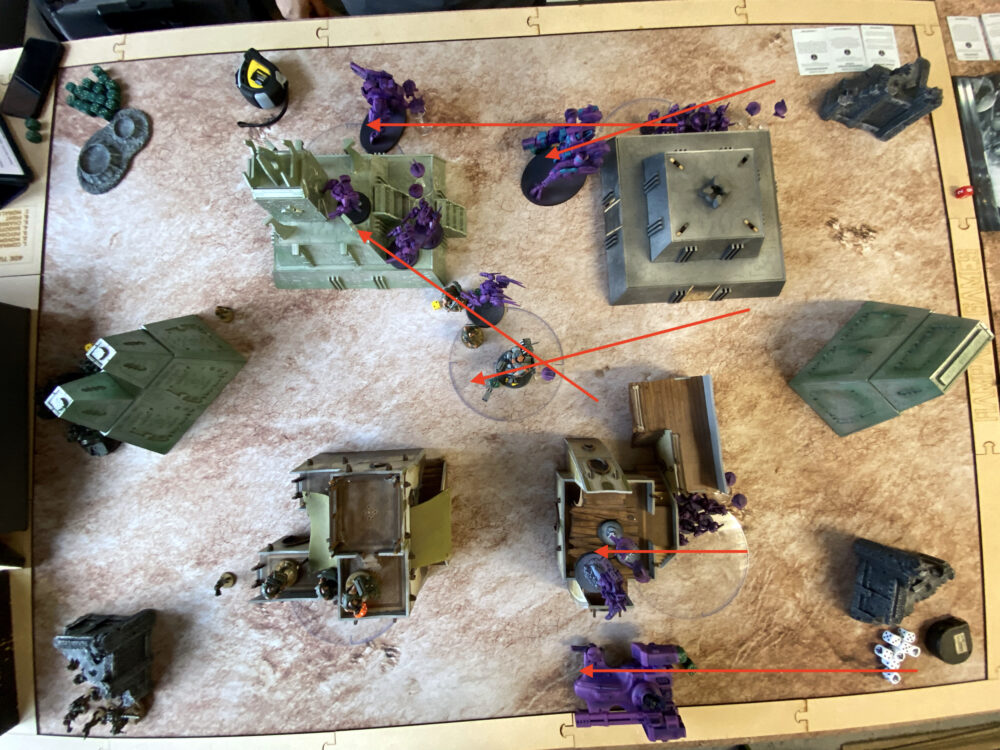 My last Infantry Squad moved up to where the Bulgryns were, who had done the action.

My two Punishers came on and killed nothing. The Thudd Guns went for the Hammerhead with Fire Reload Fire and did not kill it.

The Bullgryns moved off and charged the Broadside, not killing it.

I had so far killed zero enemy units and zero enemy models. As a last-ditch attempt, I charged the Hammerhead, and did not damage it, despite using Crush ‘Em – it was still on 4 Wounds. 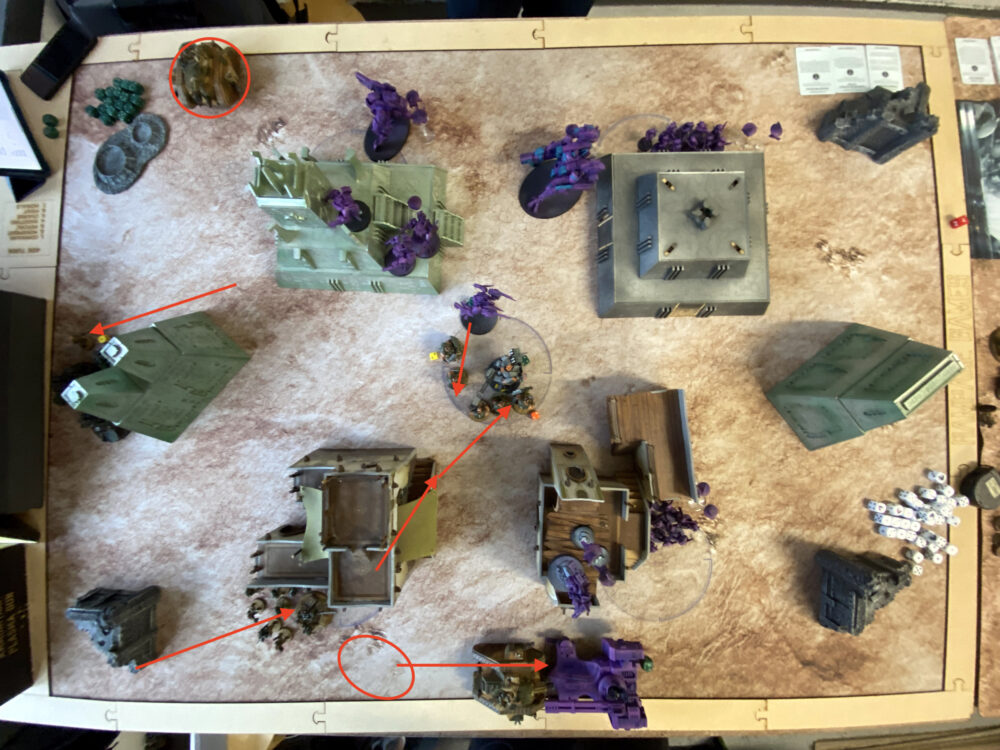 I lost one Punisher this turn and the other was brought down to its last Wound. My last Infantry Squad was killed.

The Hammerhead was killed in the close-range shooting from my last Leman Russ and the Broadside was killed, finally, by the Bullgryns in melee.

That Coldstar Commander on 2 Wounds from Turn 1… was still on 2 Wounds. 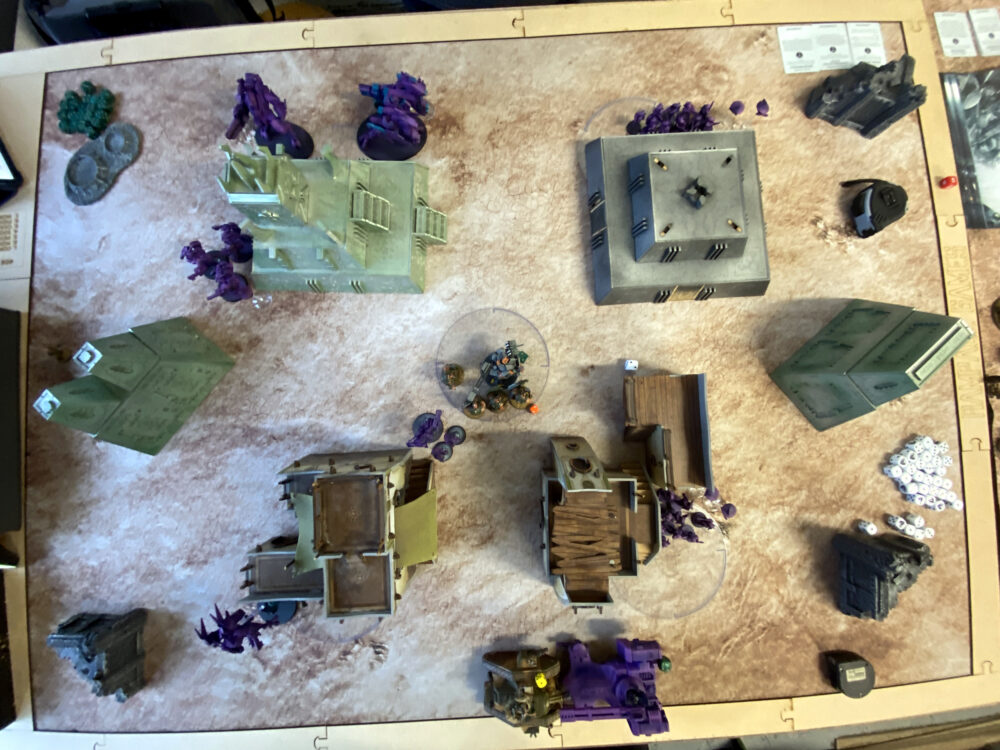 I was now tabled and we just counted the scores up…

I do not think any list I took would have made this any better for the Cadians. I have won games with this list recently, but at no point did I feel like I was doing anything in this game. During the entire game, I killed;

That is about 260 points of Tau models. 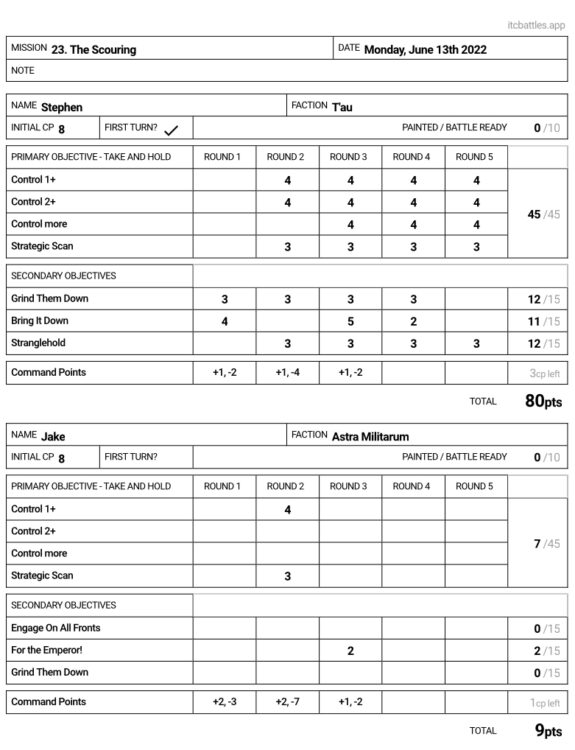