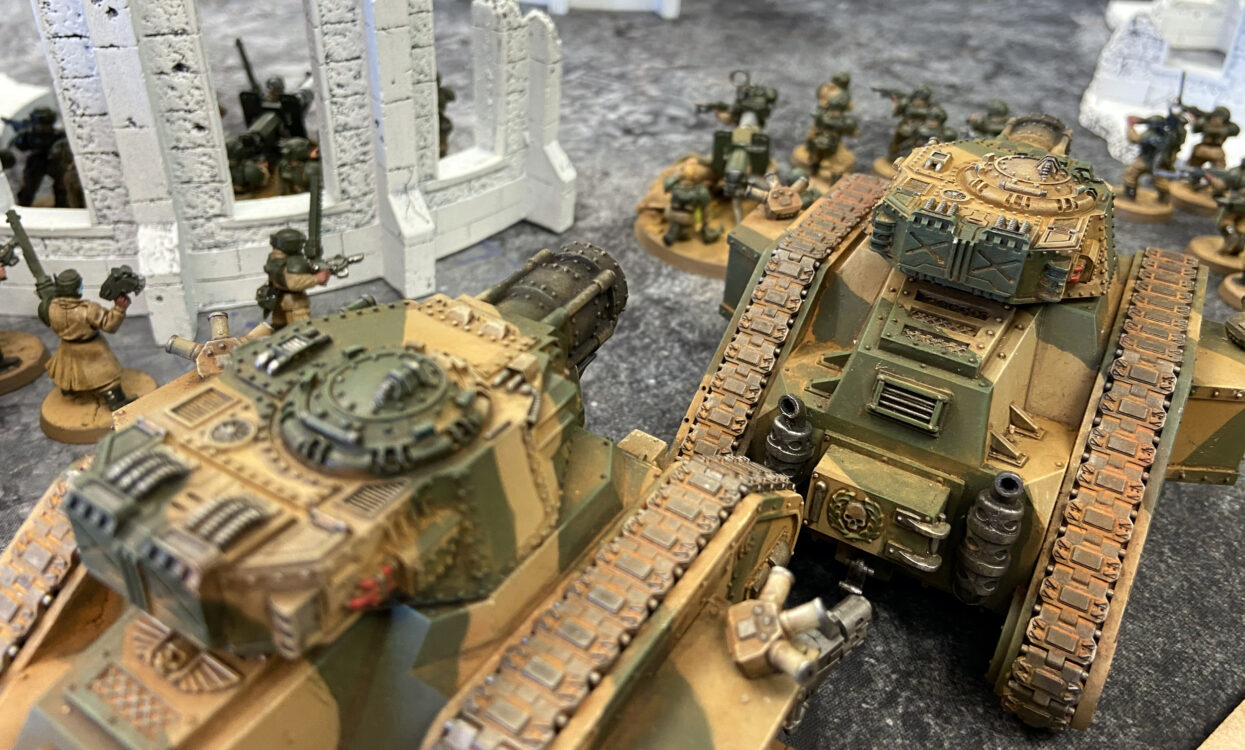 My first game in 9th Edition against the new Craftworlds Codex!

This Cadians vs Craftworlds game is for a league at Boards and Swords, but not this league I am in. This is for a 40-player league split into four divisions of ten players. The top players of each division will play off for a final winner sometime in Feb/March next year. There are ten players in a division, you play everyone once, and there is one game per month. So my games will be completed nine months from June.

This game was at Boards and Swords in Derby. It was in late July, so a while ago, details will be lacking, I am afraid.

This game was using the Nachmund GT Book. This League is moving to the new Nephilim GT Book for all its games until after July. We are using the new points and the new balance datasheet though.

It has infantry, and it has tanks, with a Wyvern for some line-of-sight ignoring shooting. 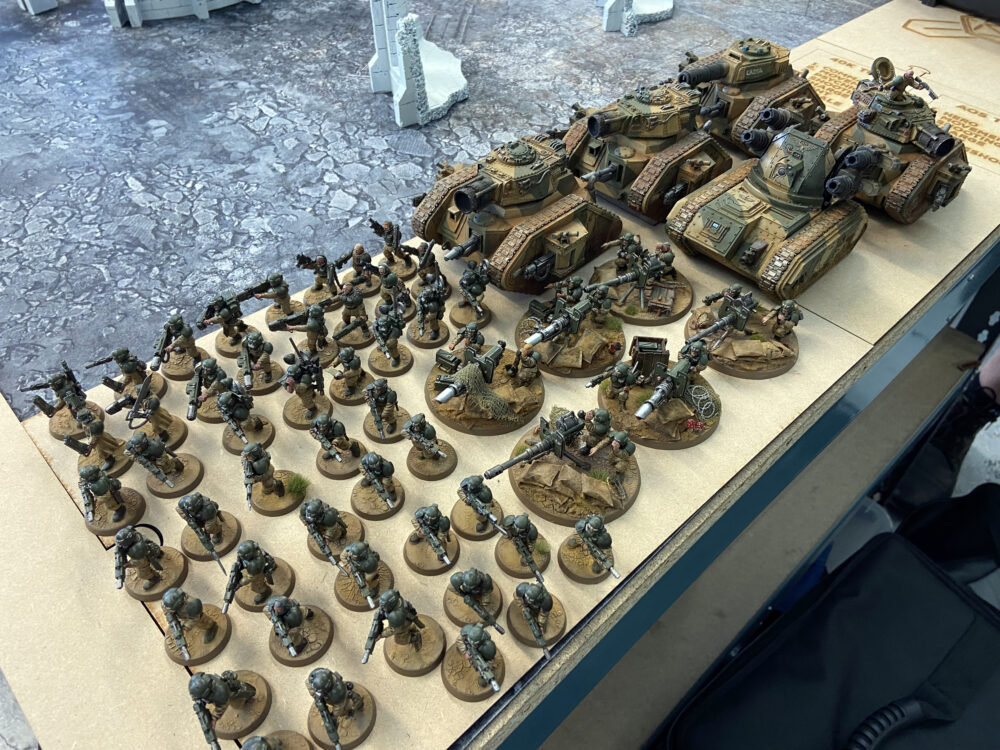 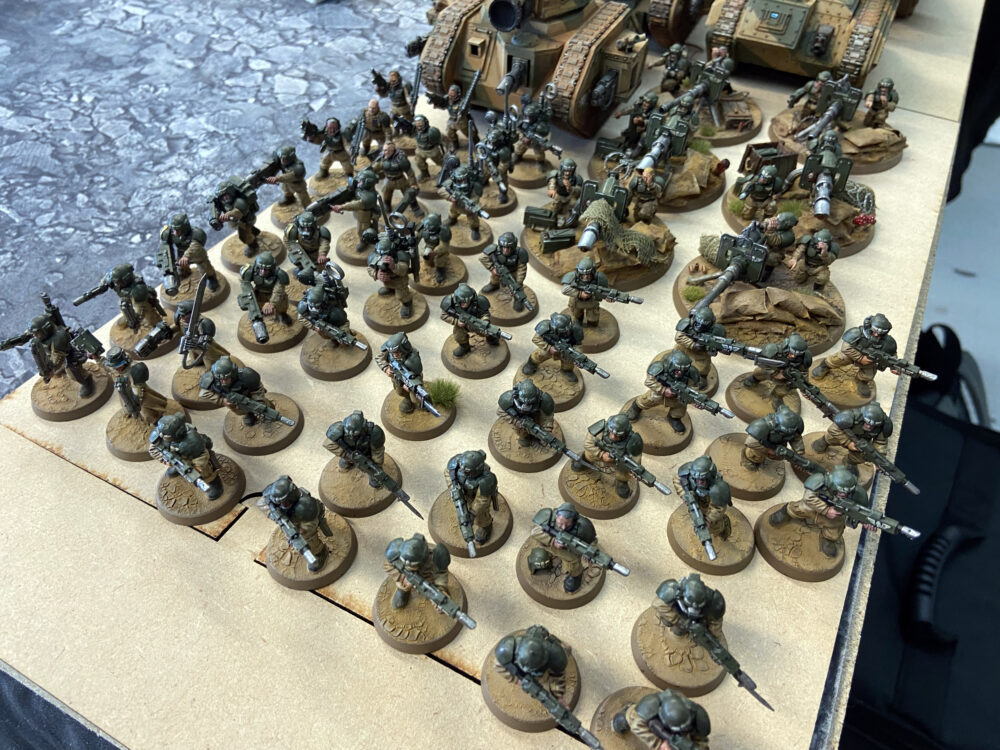 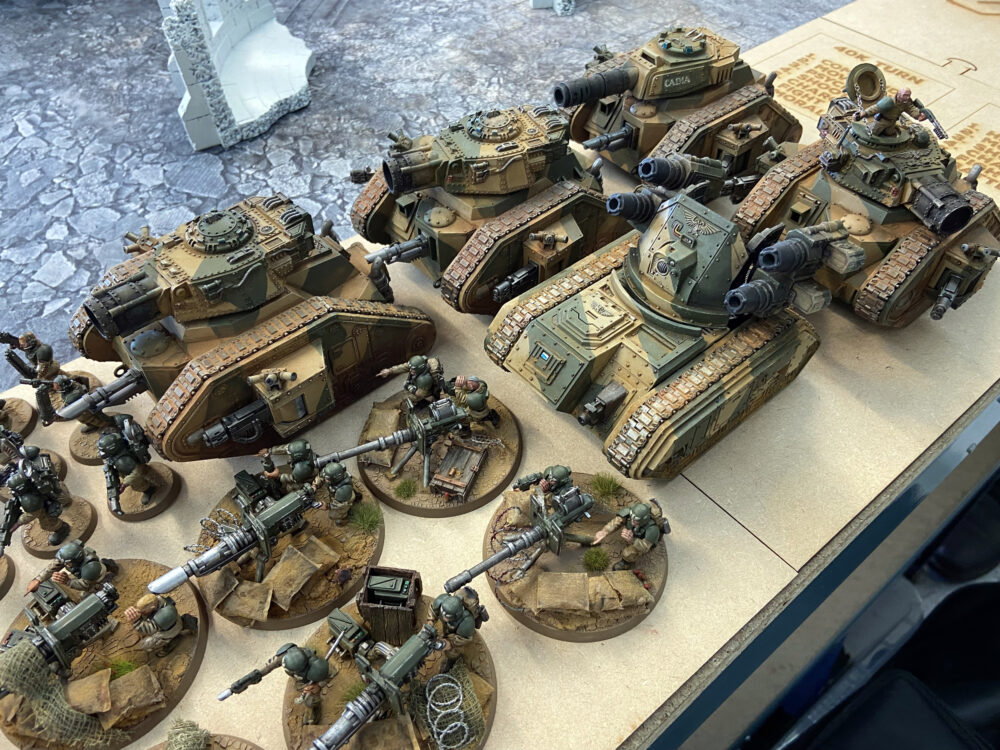 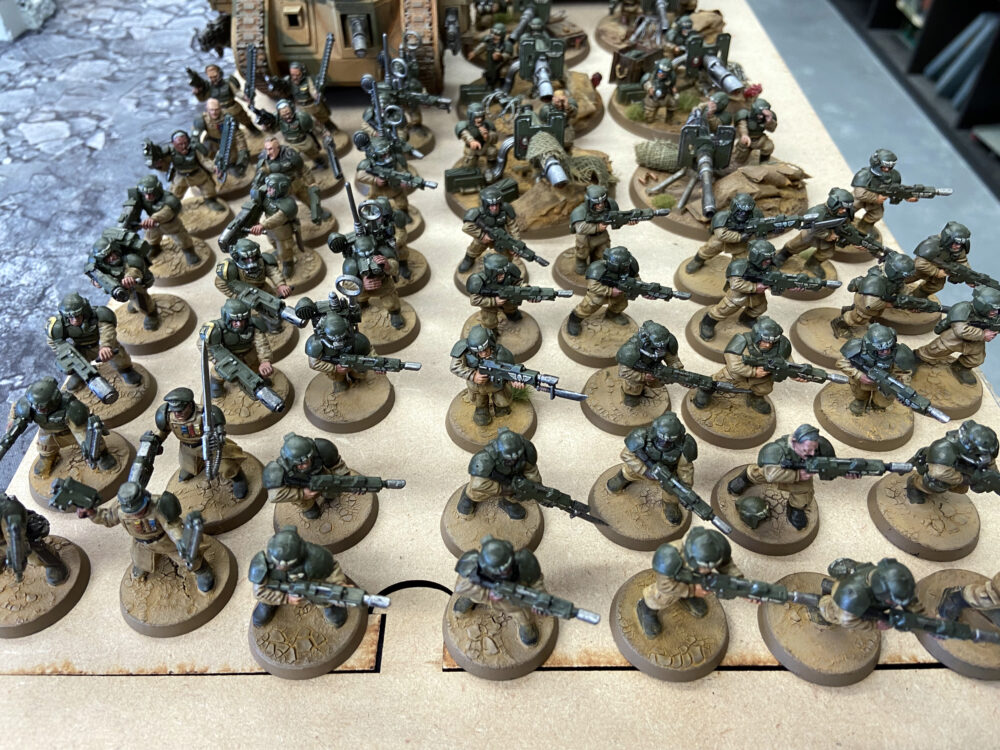 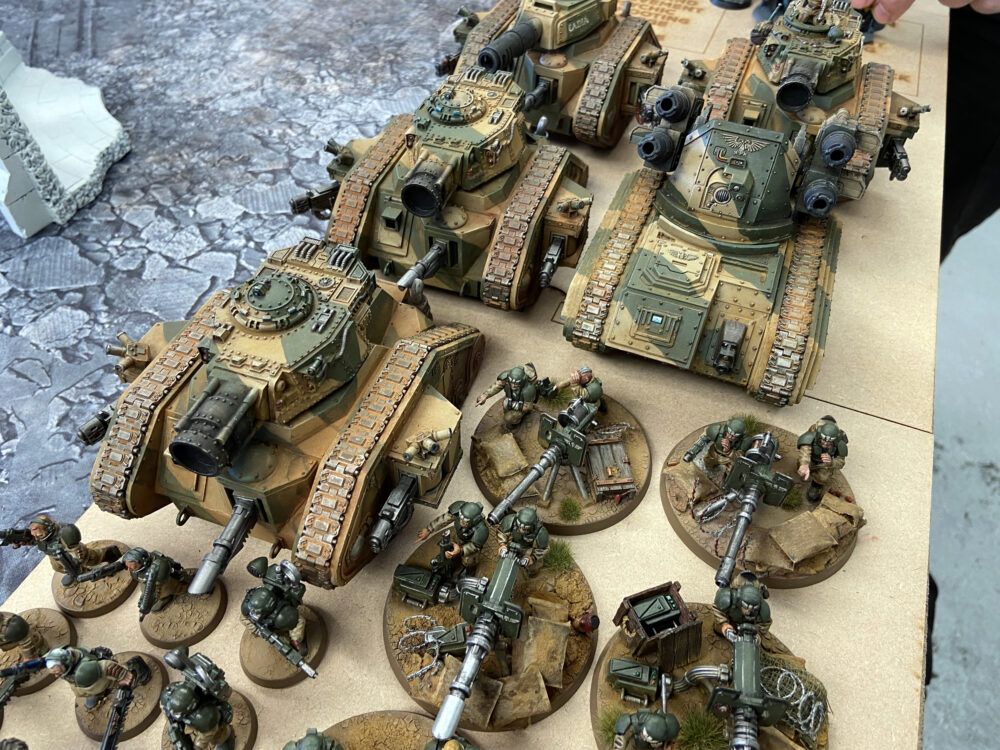 This is from memory so might be slightly incorrect;

No Psykers – that I remember!

Mission – Tear Down Their Icons

The other Primary involves completing an action in your opponent’s half of the battlefield to plant explosives. The enemy can remove them via an action. At the end of the game each one remaining that you planted in the opponent’s half scores you 4VP to a maximum of 15VP. 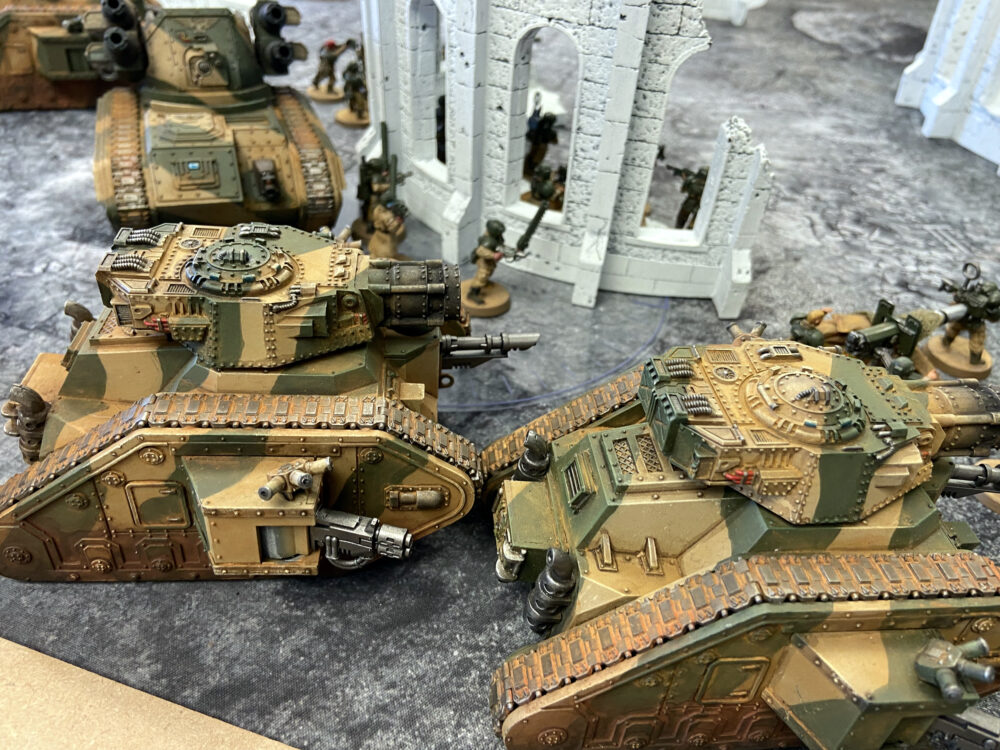 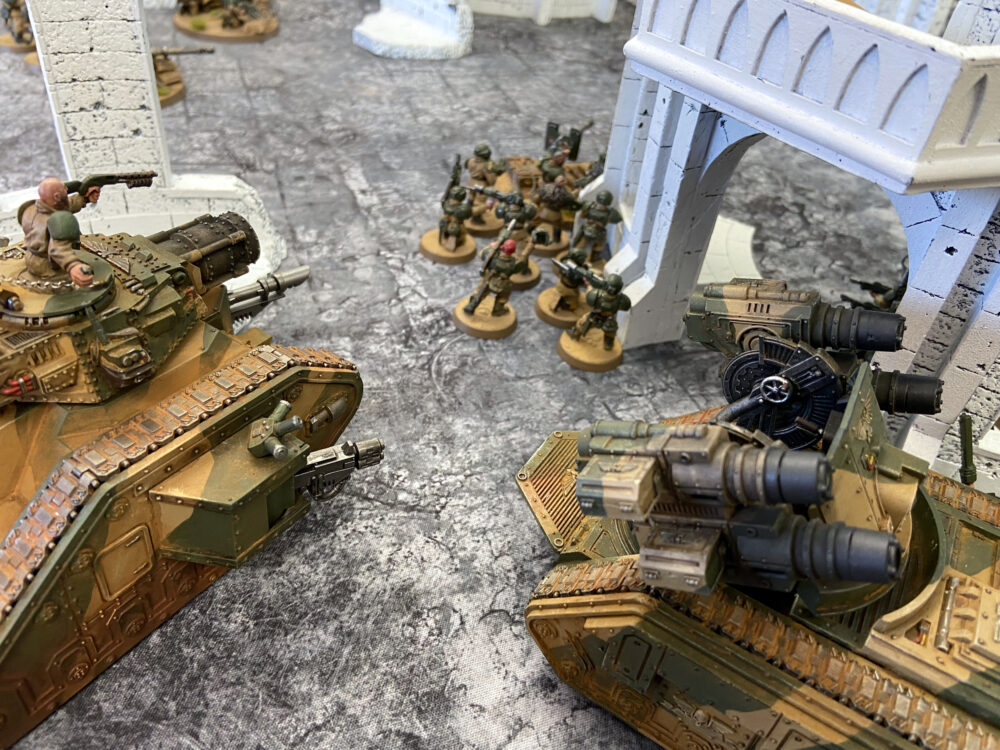 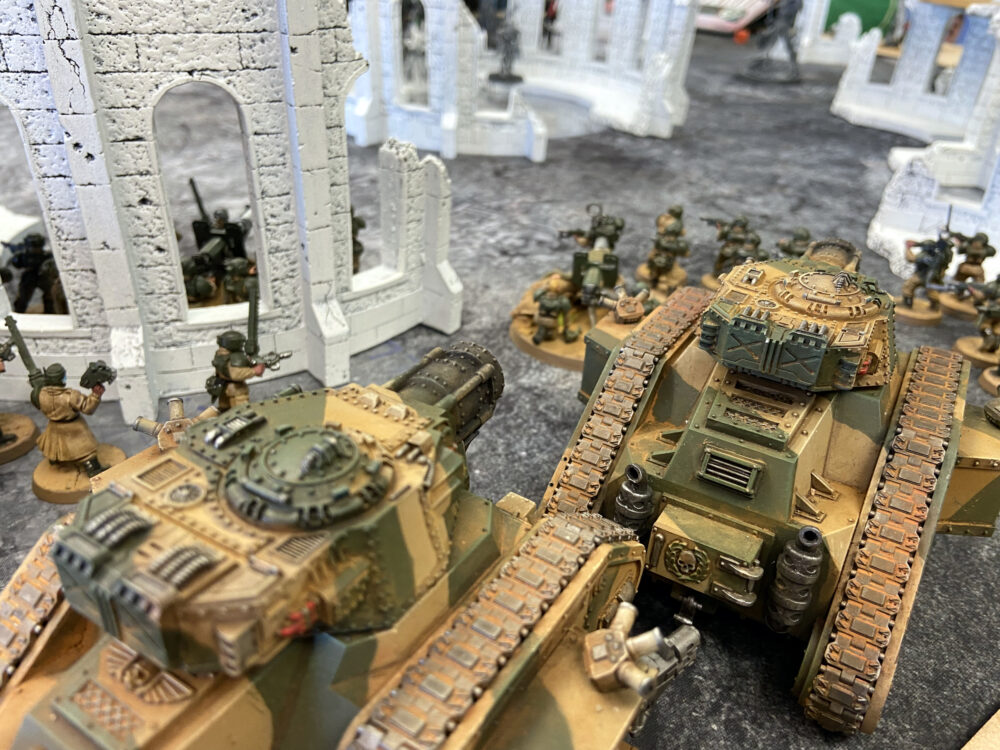 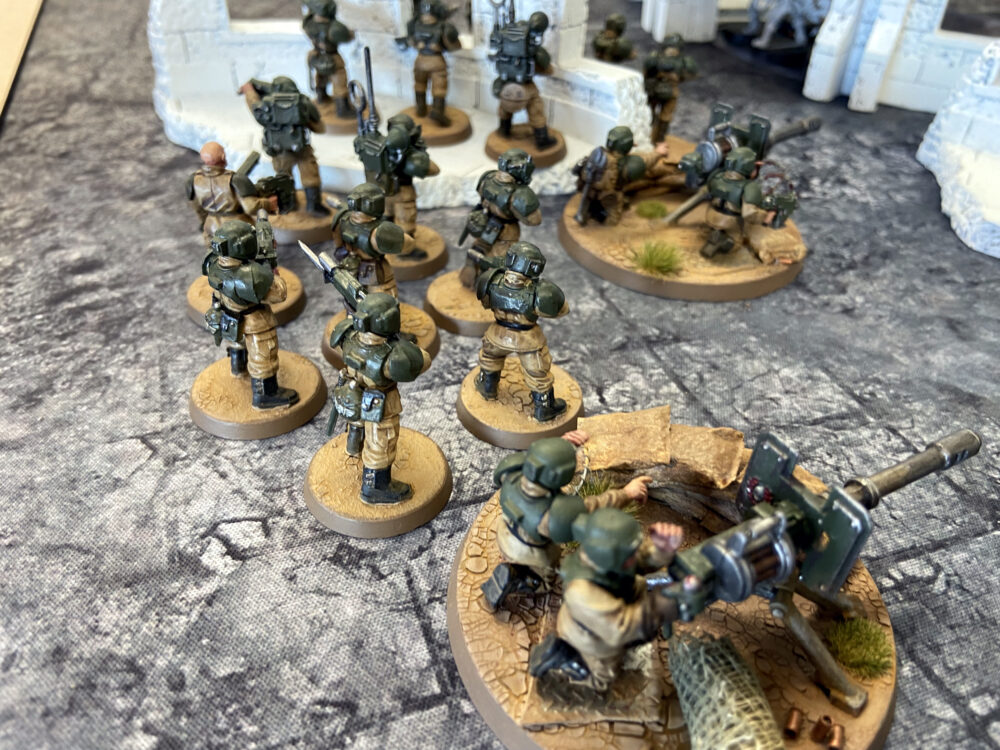 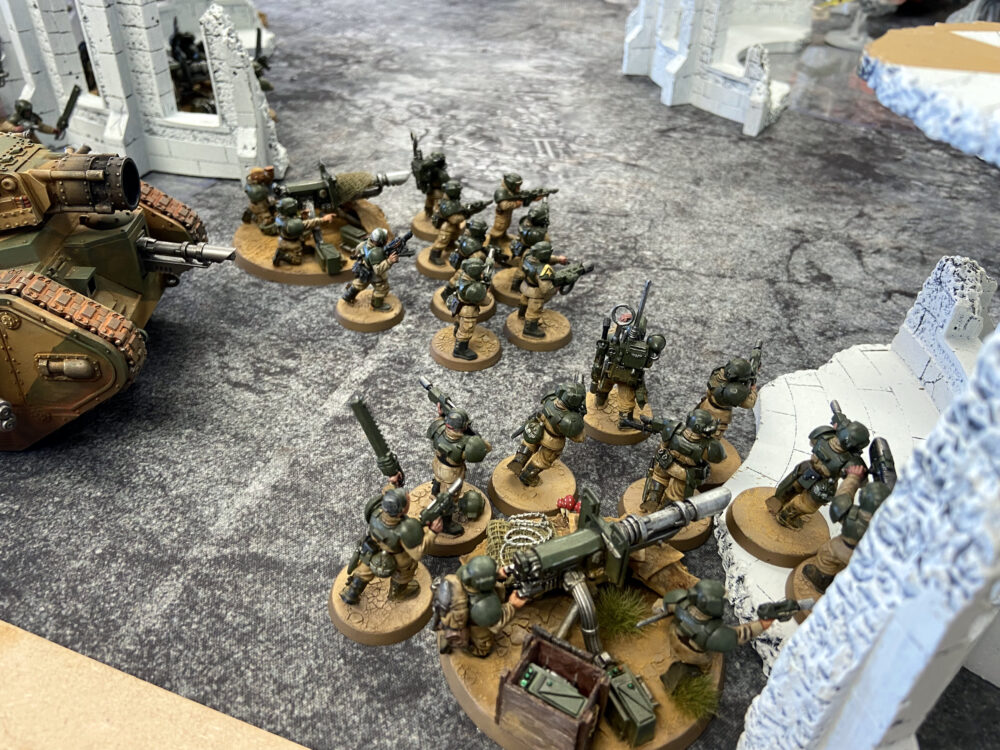 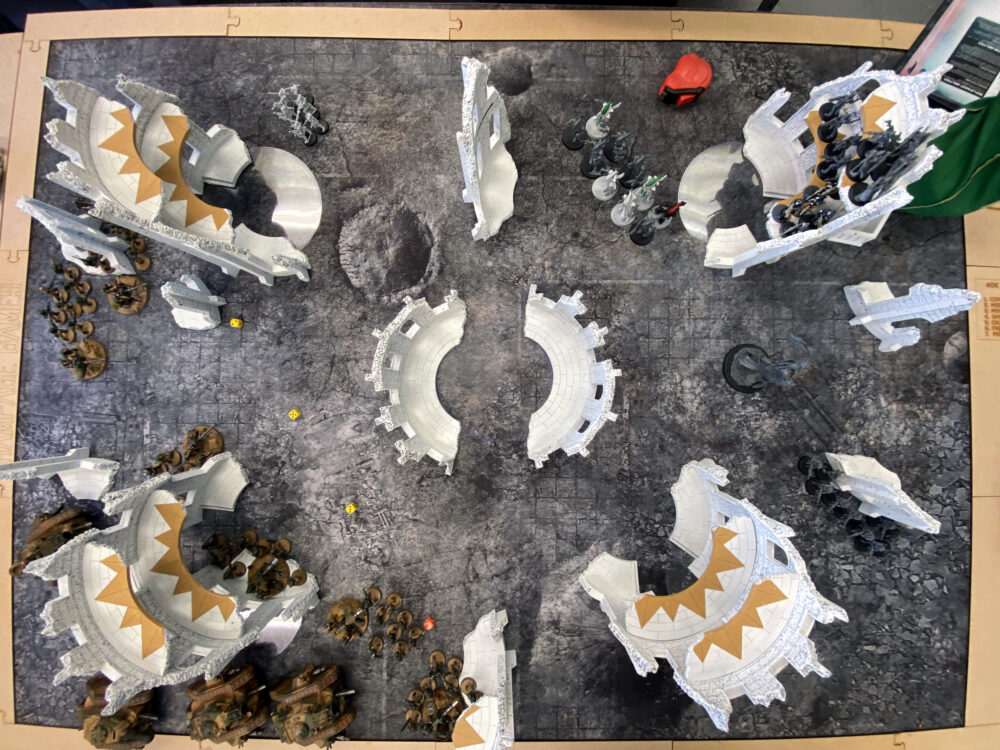 It is so hard to remember what happened from turn to turn as this was now 7 weeks ago. But I know that I went hard after the Avatar on turn one but did not kill it. I nearly did though! It died on turn 2 which was good as it was gearing up to hit several of my tanks with its beam type weapon.

I lost a lot of infantry each turn and struggled to move out and grab objectives and also Raise the Banners High.

At the time this felt like a horrible loss, but it was not looking at the score line. The Eldar managed to just do better than my forces on the Primaries and Secondaries – it was no steam roller like the Tau game! 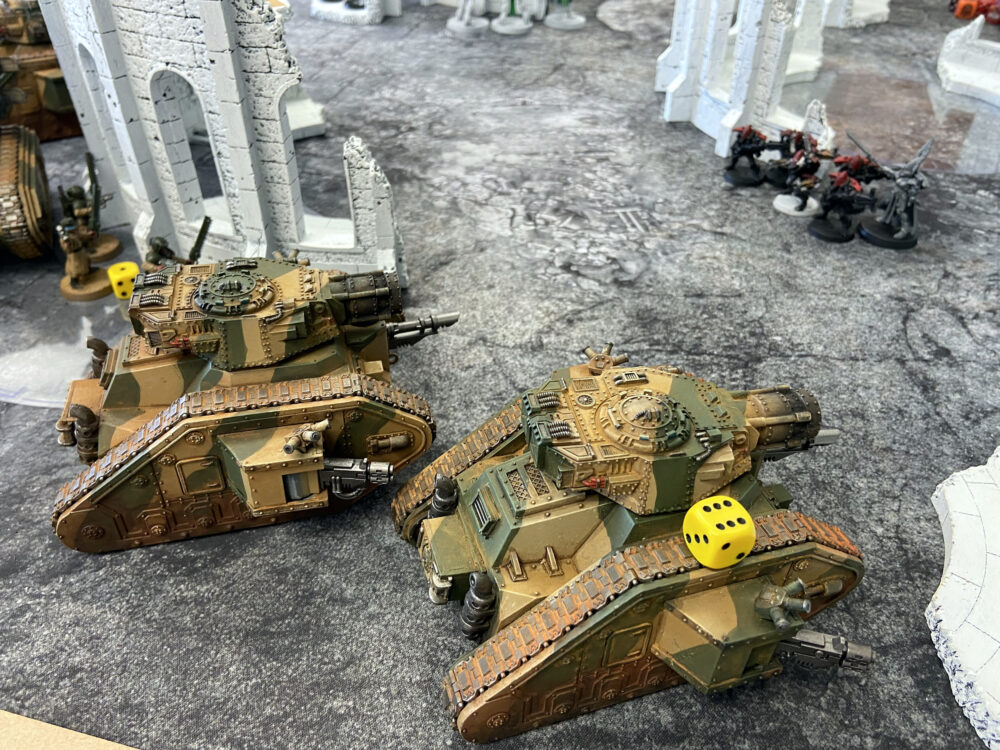 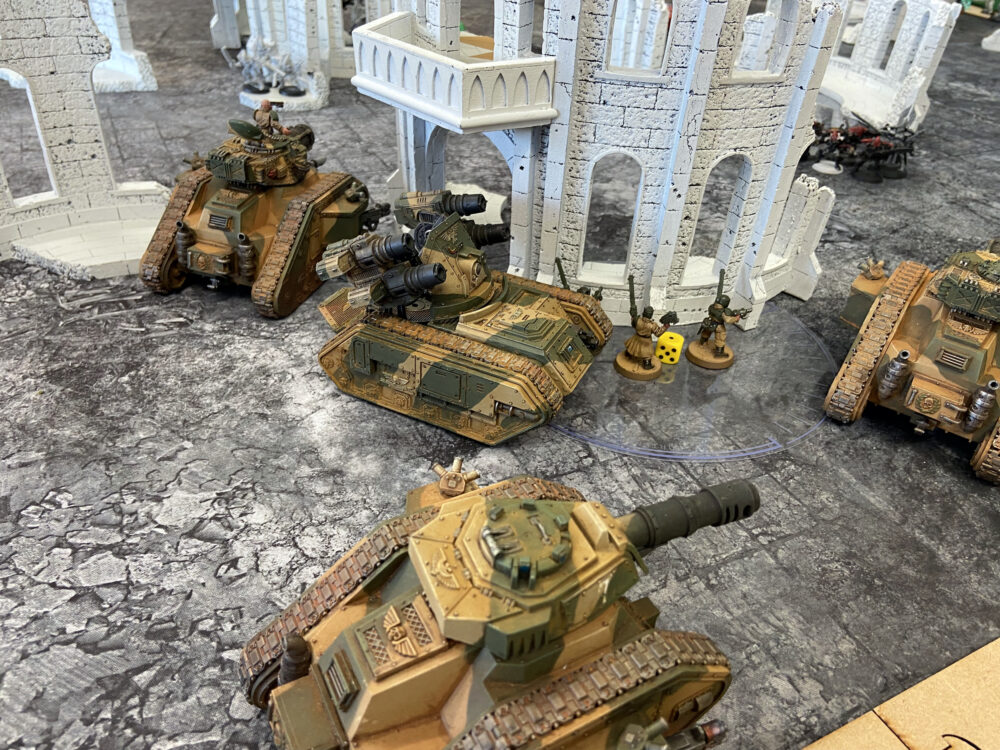 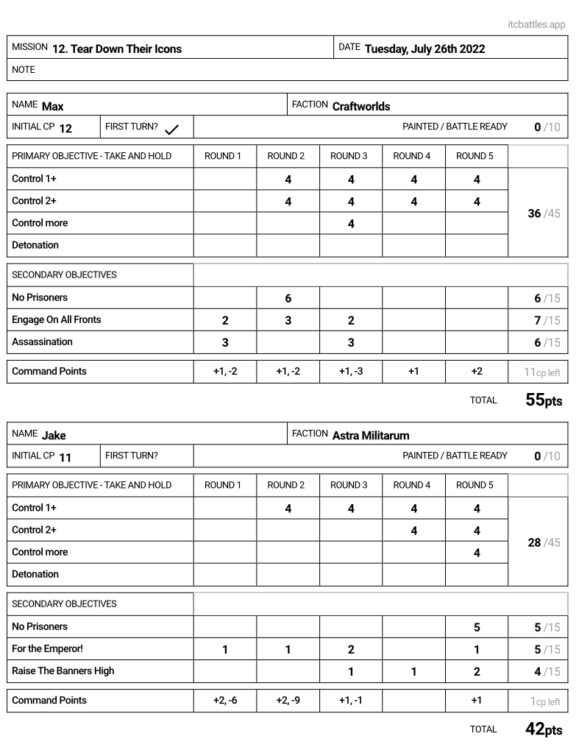