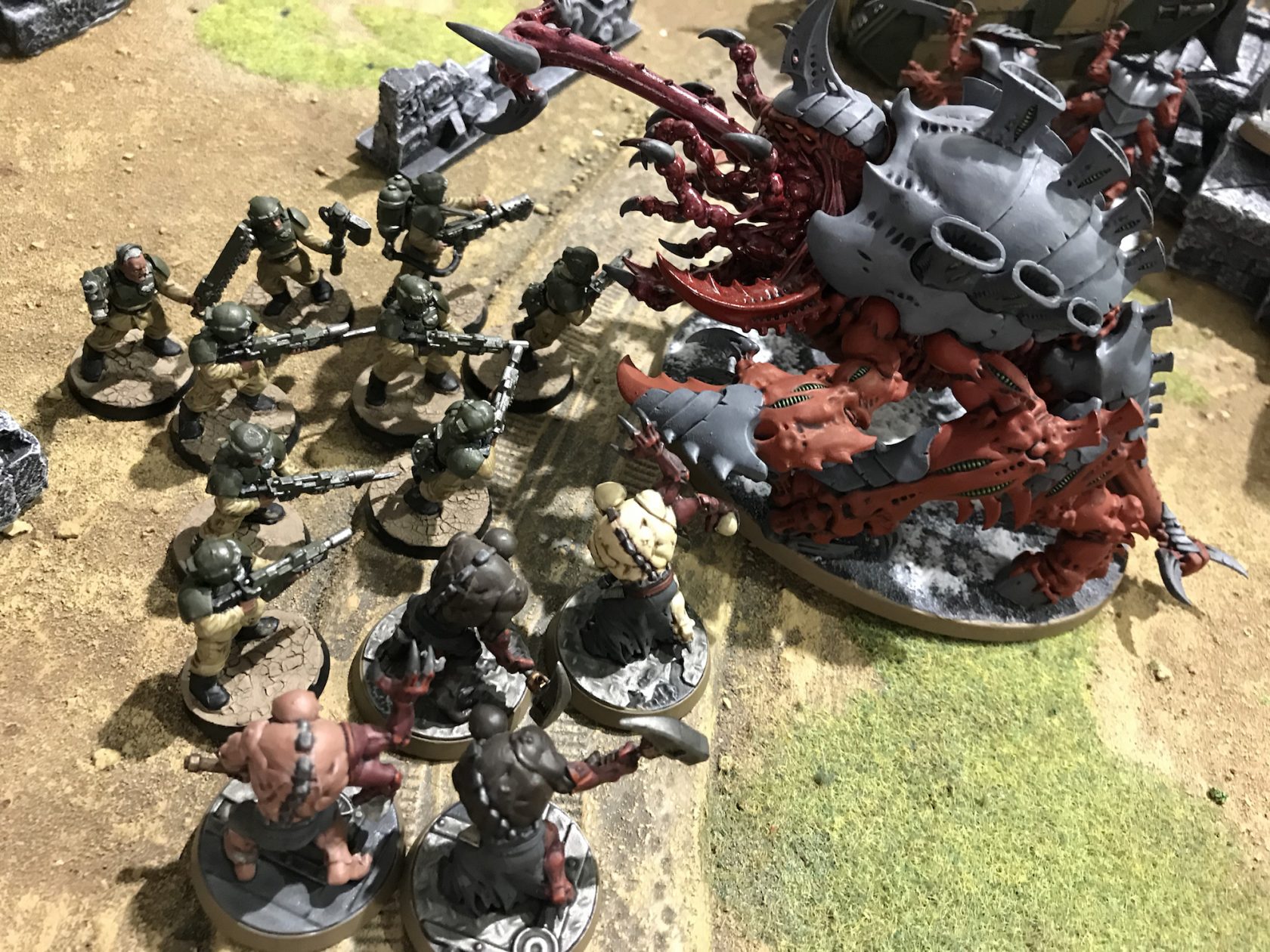 Last night I played a 1,750 points game against The Genestealer Cult. This is my 1,750 point anti-Genestealer Cult List, head to my Instagram, Facebook Page or Twitter Profile for pics of the game. It’s just a quick article to show my list and have somewhere easy to link to with my list. A will try and do a battle report too next week.

I played last night for the first time at Boards and Swords Hobbies in Derby. It’s a newish place, I think. It’s a great place, loads of tables, hot drinks and chocolate. What more could I person want! The table we played on was fantastic too. It had a river running down the middle with elevated points, grass, dust and great buildings. Which I am told is Battlefield in a Box, available from Amazon and eBay. 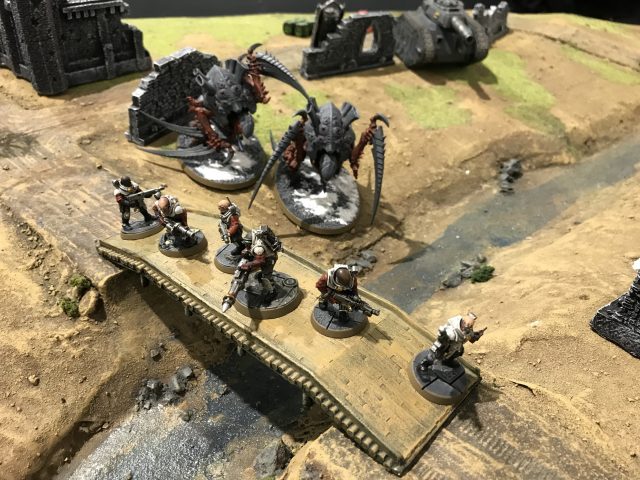 Bridge Over The River Cadia

I’ve also tried to use models that are painted or at least had the Cadian Camo on them. I’m playing at a club and I feel nervous about using unpainted models – rightly or wrongly.

I’ve gone for a Spearhead Detachment and a Supreme Command Detachment. A first for me. These give 1CP each plus 3CP for being Battle Forged. That’s five Command Points. Seems low for Astra Militarum? It seems like a long way of the 12 Command Points that are possible!

I hope I can regenerate them successfully! 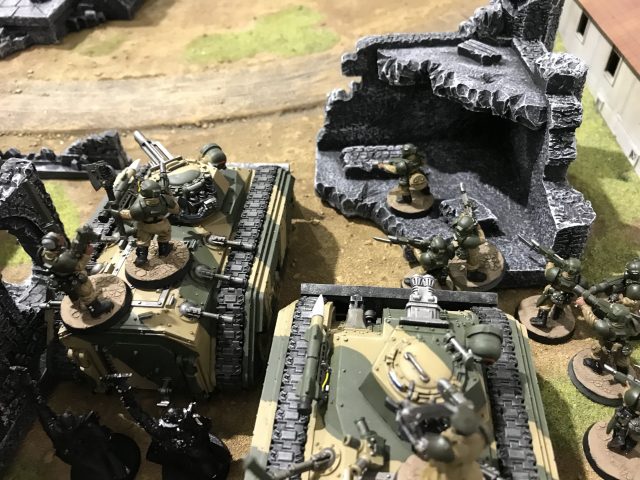 I chose the Spearhead because I wanted to take many Leman Russ, Wyverns and Basilisks without the Troop tax.

I took this detachment in order to get another Company Commander in the force plus two Pyskers. It also opens up an Elite slot too – perfect for an Assassin.

And that is that! It is game on!

The (painted) Veterans will hide near the Chimeras and be ordered from within the Chimera thanks to the Command Tank Stratagem and the Veteran with a Vox-Caster. That gives the Company Commander in the Chimera an 18″ order range. The Grenade Launchers I was unsure of but it gave me a good mix of shots to either splatter infantry with frag or pick at vehicles with krak.

The (painted) Vindicare will snipe the GSC much-needed characters. I say snipe, he has never done that ever before in my games. So maybe today that changes! The Lord Commissar with The Emperor’s Benediction can also do the same if he gets close enough, it is basically a sniper Bolt Pistol – sweet!

Now I just need to remember the handiest Stratagems!