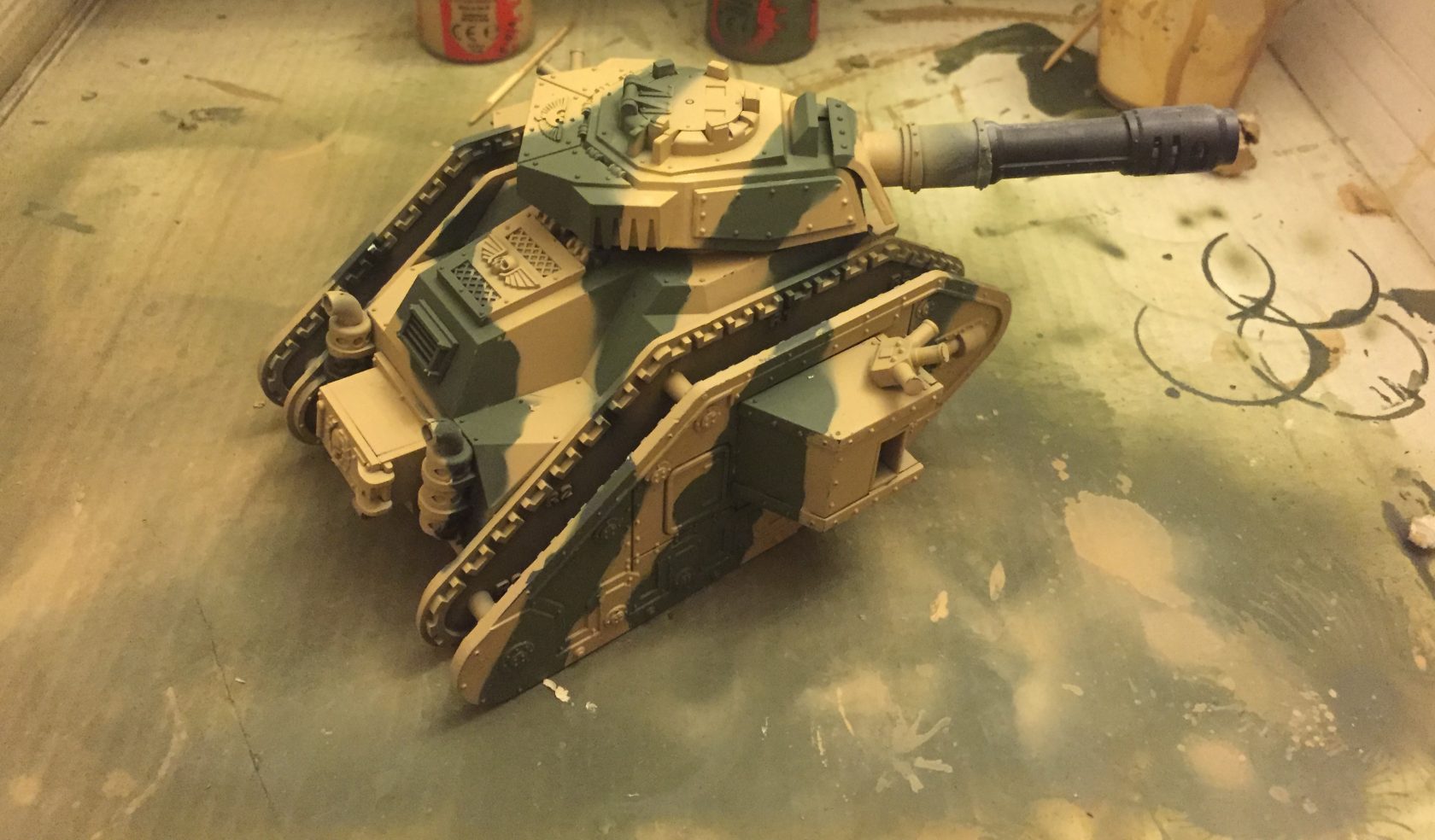 Documenting some time with my airbrush.

I got in a big airbrush session recently. A fair few hours plus time to base coat black a hell of a lot of models. I used a whole rattle can in one sitting for the black base coating!

The airbrush session was good although it seemed to block easily for the first half and hour or so – which slowed me somewhat and dampened my resolve to get loads done. But after a slow start I was soon into the swing of things and got Castellan Green onto four Leman Russ chassis, a Manticore chassis, a Hellhound turret and three Leman Russ turrets. You can learn about my cheap airbrush elsewhere on my blog. 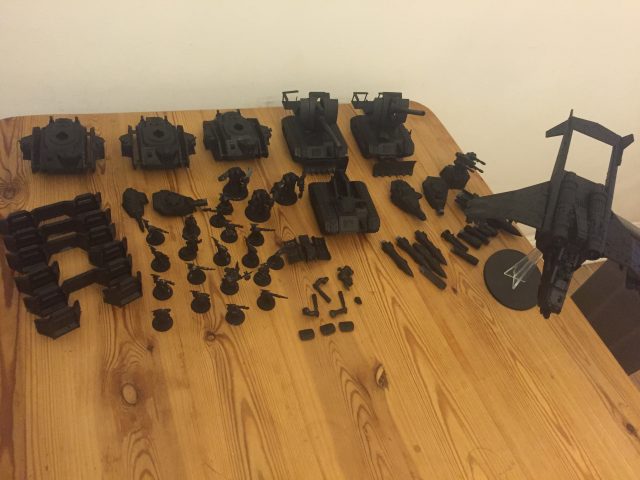 Big rattle can base coat – no airbrush

A video of the models! I made a video, woooohoooo!

I also managed to get a layer of Zandri Dust onto a Leman Russ as a start to its camo stripes. Although it needs a lot more work of course. 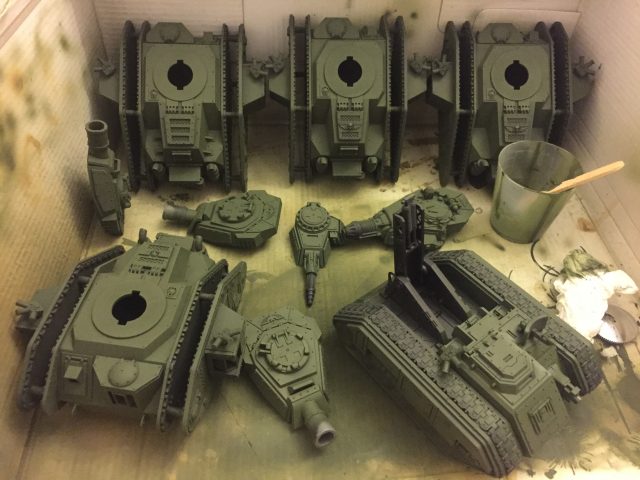 Finally I took on a new task – Camo Netting using medical gauze. I’d used the gauze before as sniper cloaks but never for vehicles. The effect is good although I’m unsure how to get a good effect on the whole vehicle. I’m happy with the barrel Camo Netting though. I haven’t glued any of it on and never intend too. It’ll be WYSIWYG Camo Netting when I do take it on my Leman Russ. I will blog the technique soon! 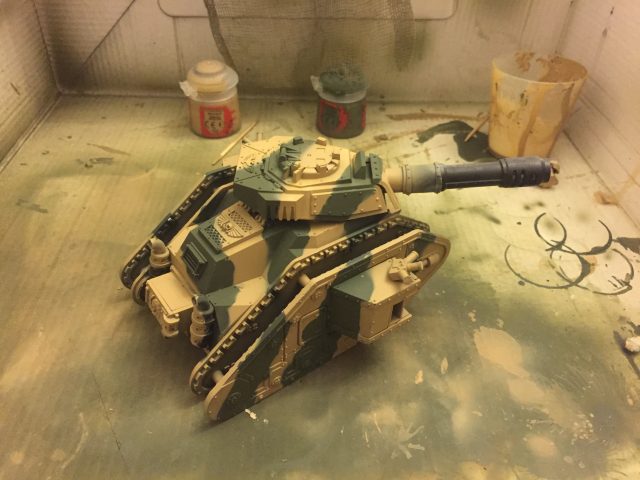 I didn’t get as much done as I’d hoped too. Ideally all four Leman Russ would be camo’d up with Zandri Dust. But tiredness got the best of me. Also deciding to base coat black that many models was a mistake – even using a spray can. It took a fair while; as it means taking them all outside, then back in, then placing them carefully to dry, etc. But at least that’s done now! I can go straight into airbrushing during my next session. 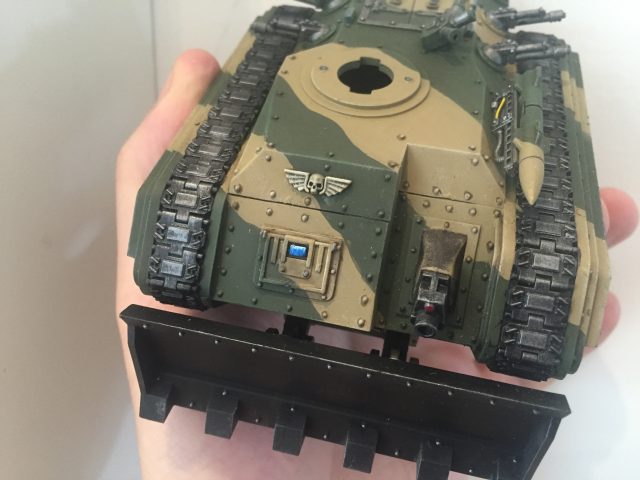