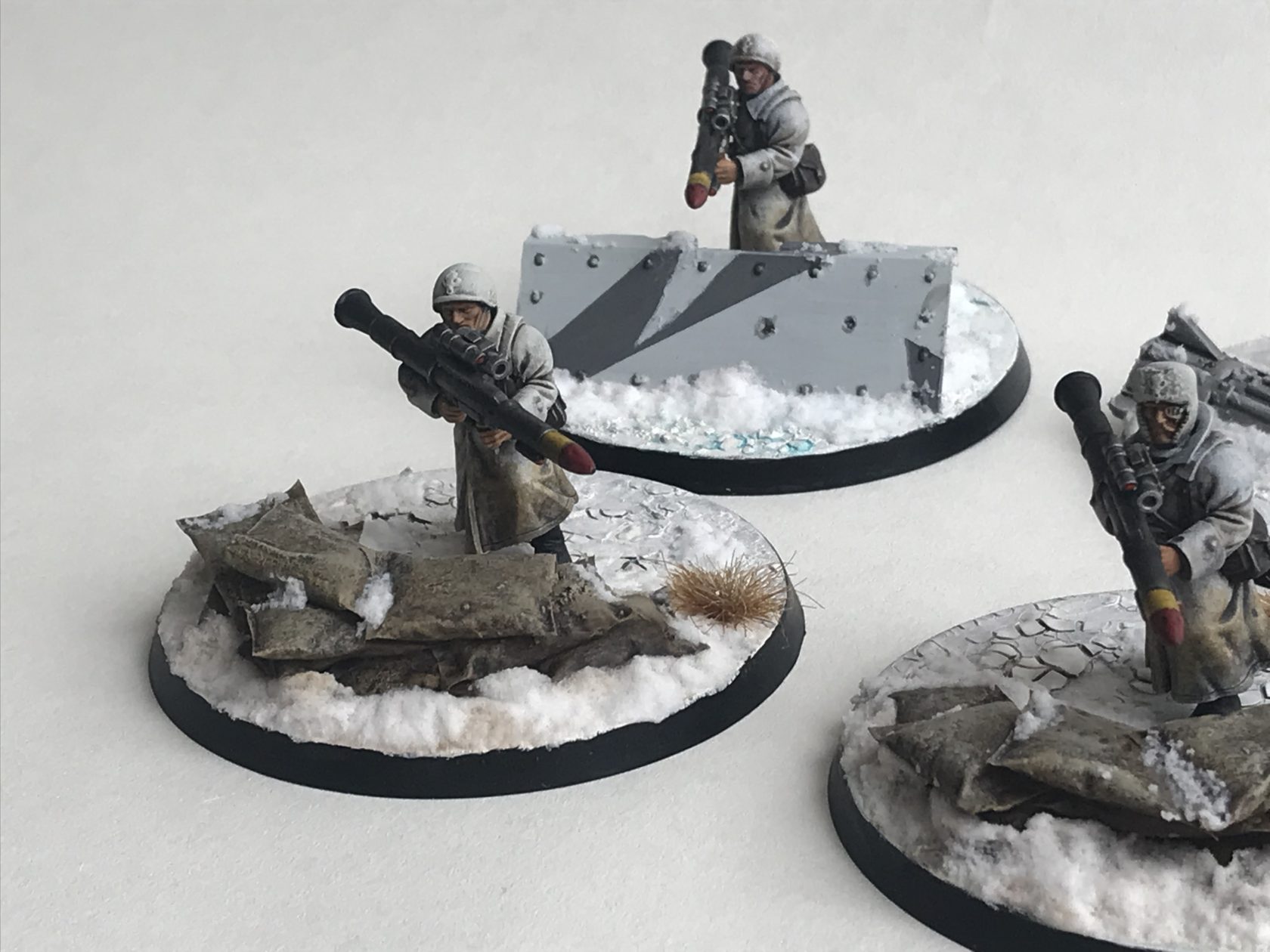 My first 40K Project is coming together...

I’ve recently come to the realisation that I’m doing my first ever 40K Project – my Valhallans. This doesn’t feel like anything else I’ve done before and this has all happened by accident. In this article – I’ve no idea where it’s going to go – I’m going to explore what a project is, compared to everything else I’ve done over the last five years in this hobby.

And actually, I’m doing my Catachans too. Although this feels less like a project because I’ve had help from Chris at The Unrelenting Brush with the infantry and because it’s not on a big scale and isn’t as planned as my Valhallans. But I dare say my Catachans will be a Brigade soon too! Watch this space!

So my Valhallan force didn’t start out as a big project but has slowly turned into a Brigade size project.

I initially bought 60 infantry from Reptilian Overlords to use as a Brigade. But then the opportunity arose to get some cheap Chimeras – so I got six. One for each of my squads.

I had realised that the sixty troops I had included six Missile Launcher models and six Plasma gun models. So if I wanted six ten-man squads with no upgrades I would need more regular Guardsmen. So I got ten more from Reptilian Overlords to fill that gap.

This was my Troops sorted and their transportation too. 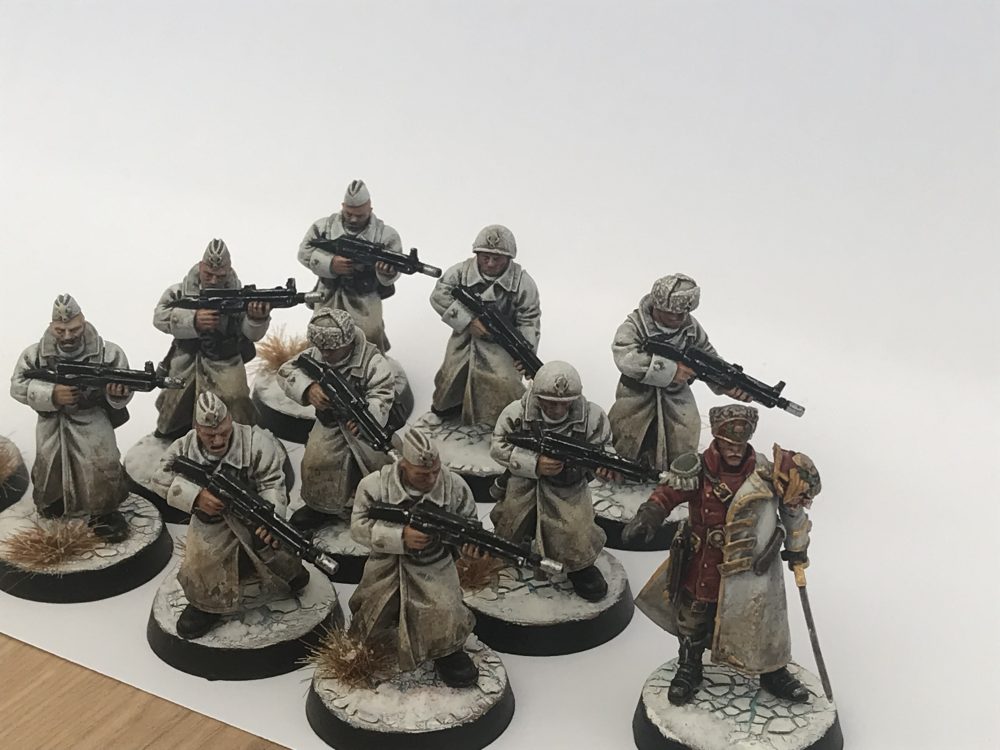 I now needed Commanders for the HQ choices. So I got Major Brokk and two Commanders from Games Workshop on eBay. So that was my HQ done too. I could’ve used none Valhallans for my HQs, like a Psyker and Yarrick. But that felt like cheating.

Those three would do just fine. 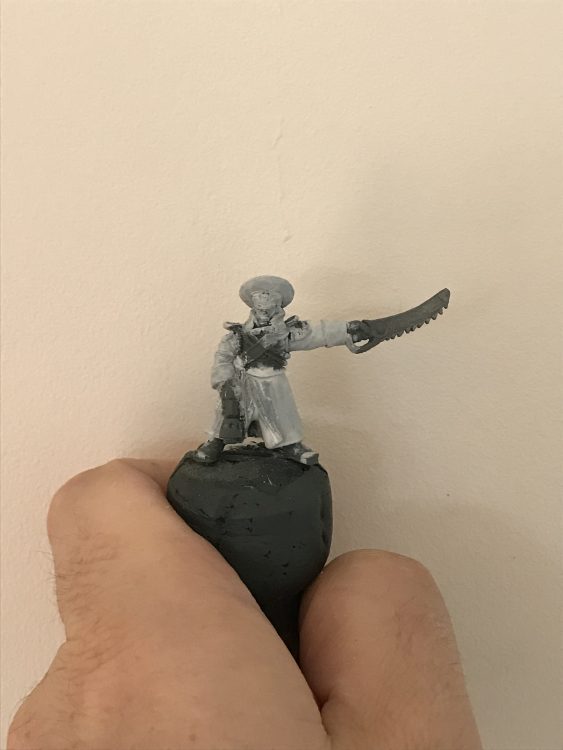 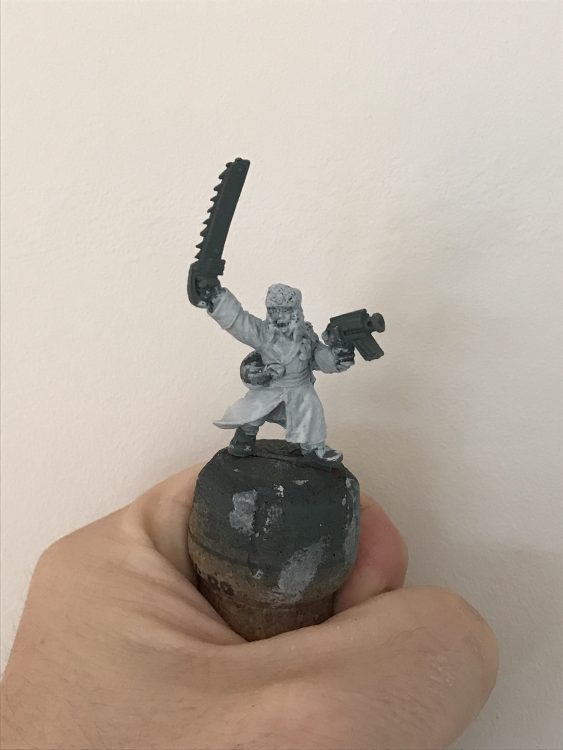 I mounted my Missile carrying Valhallans on a 60mm base, like a Heavy Weapons team should be. With six of these, I had two Heavy Weapons Teams which was 2 of my Heavy Support covered.

The third will be a Leman Russ from the Get Started box I have somewhere.

I also have another option for my Heavy Support, and that is Sabre or Tarantula Weapons Platforms. These are discontinued models from Forgeworld. I have used these Sentries from Kromlech instead though. Each is a Heavy Support choice and is relatively cheap. 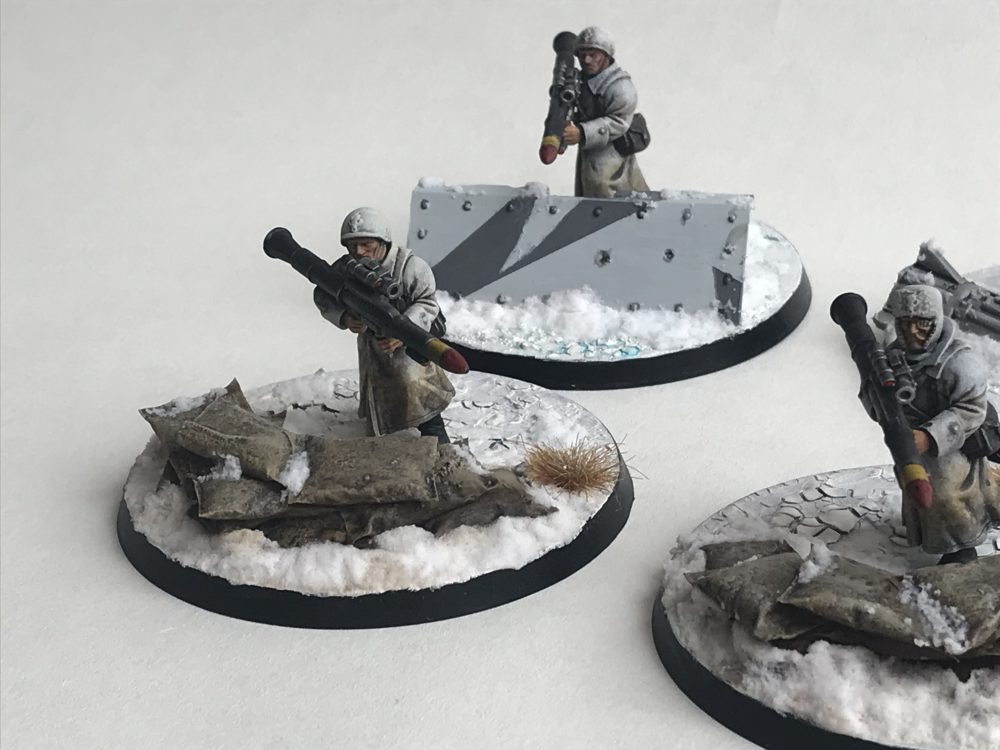 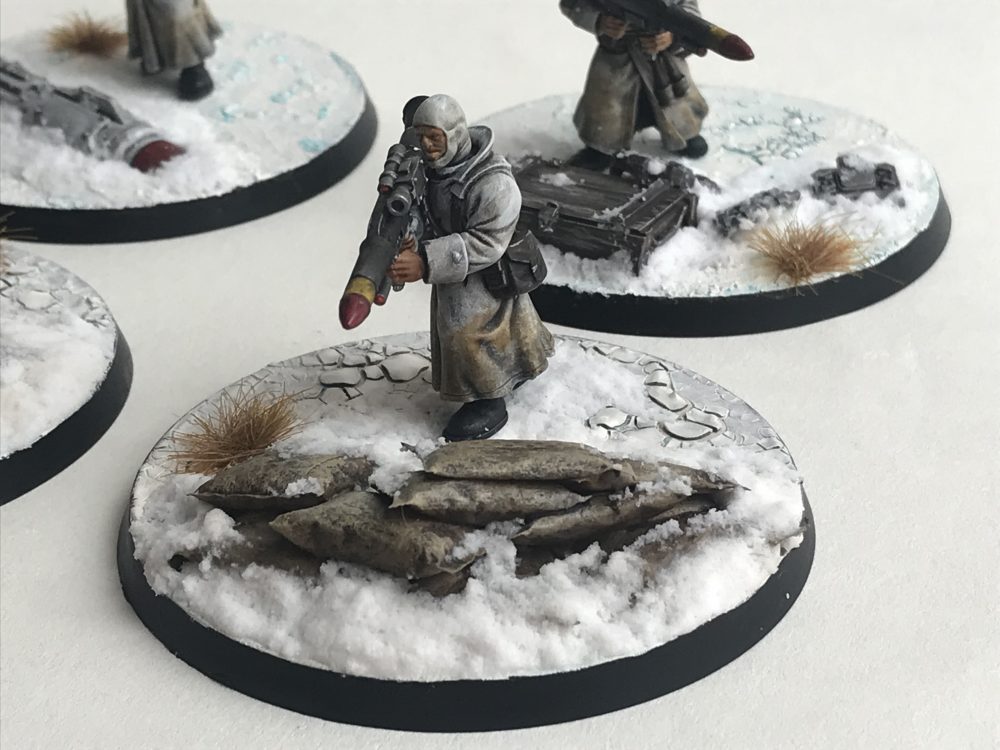 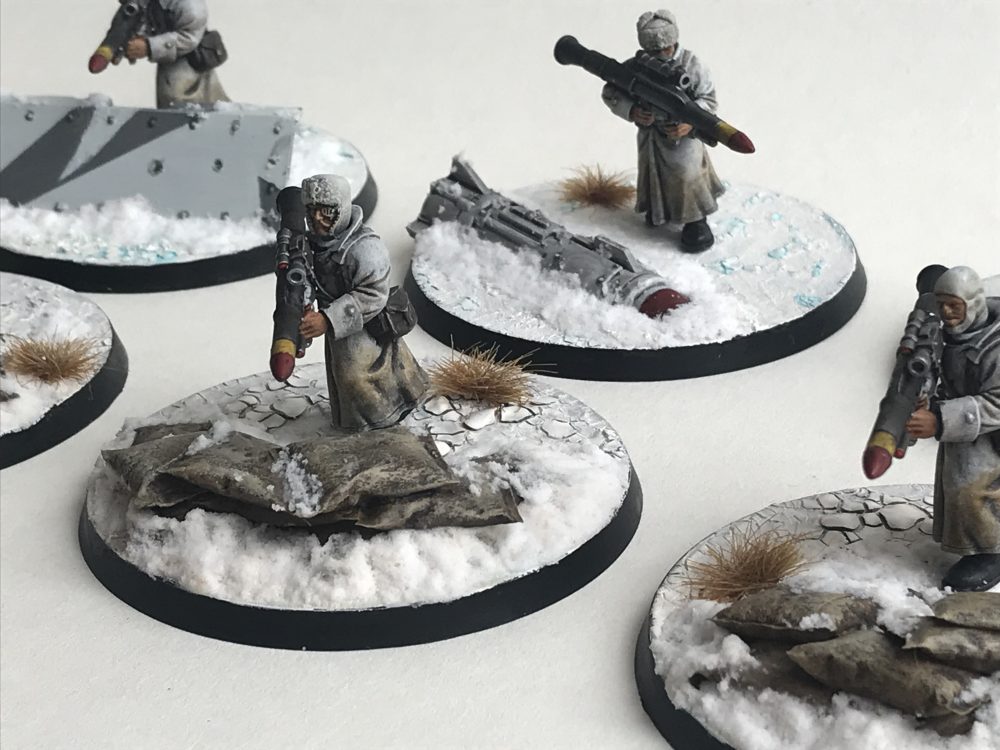 The Elites are the easiest to fill as there are so many options that are not dependent on a Regiment – I can use from models I already have completed;

I’d like to add in some Commissars because they’re are going to look awesome alongside all this infantry. They’re are also good for filling Elites in any Regiment.

I have three Sentinels that need to be built and painted for my Fast Attack option. I think that these will be of the armoured type to fit with the Grim Demeanour doctrine of the Valhallans – more on this later.

They can sit back with Missile Launchers or Lascannons and threaten enemy armour from long range. I don’t think they will be high damage dealers but if they can sit back, deny Deep Strikers and do the odd handful of wounds that’s OK.

And so that’s my Brigade of Valhallans that I plan on completing. Unsure if I will get all this done in 2019 but I want to be really close by the end of the year.

I’ve slowed myself down somewhat though by diverting into doing the Cadian Leman Russ and also splitting up my Valhallans with other little jobs like a Priest, a Tech-Priest, Command Chimera, etc. 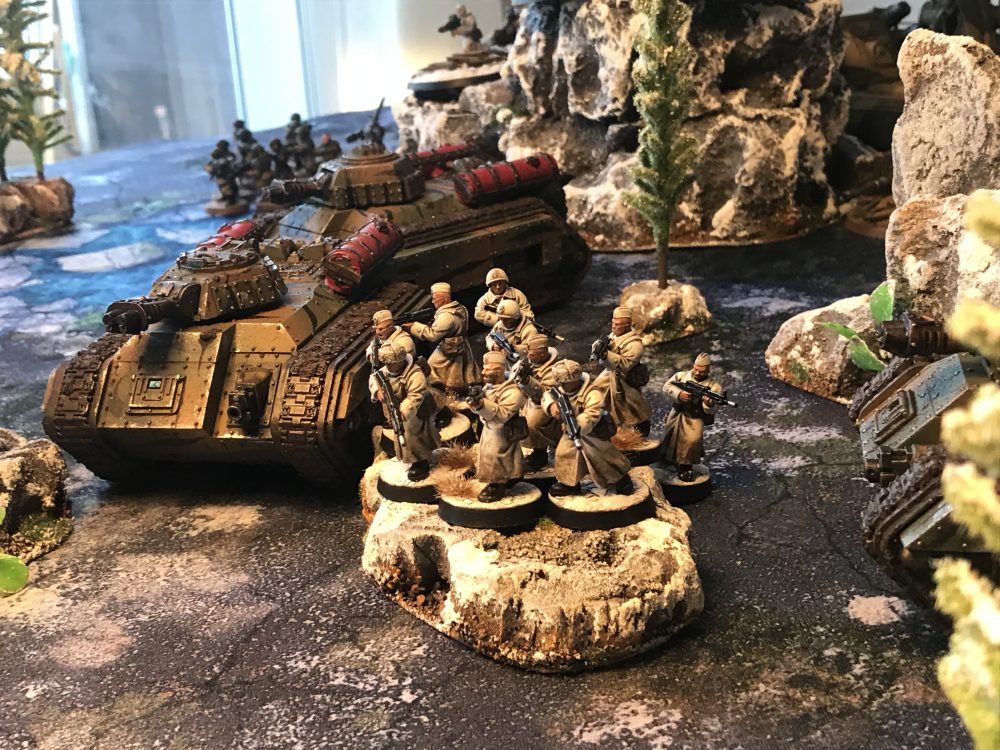 Because I’ve had the chance to plan these a little bit more rather buying, building and then playing with the models – I’ve managed to plan some customisations on my models.

Most notable my vehicles. I wanted the vehicles to look durable because of the Grim Demeanour doctrines. After much searching, I decided on Trench Rails, Rear Hatches and Track Guards from Models and Minis.

I’m also using a Kromlech Bulldozer blade on all my Chimeras and Leman Russ. This Blade is meant for a Predator I believe, so it till require some special mounting and conversion on the Leman Russ and Chimera to make it fit. 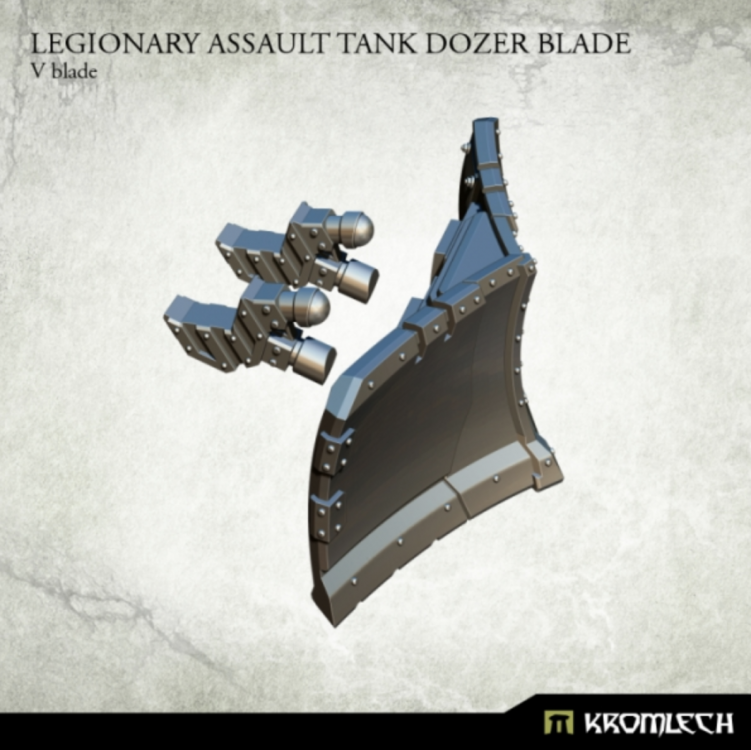 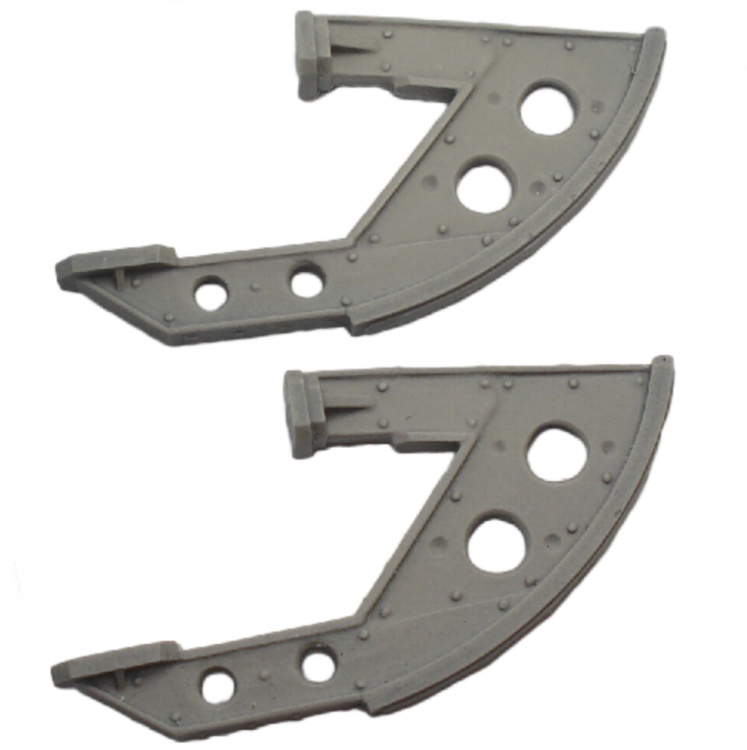 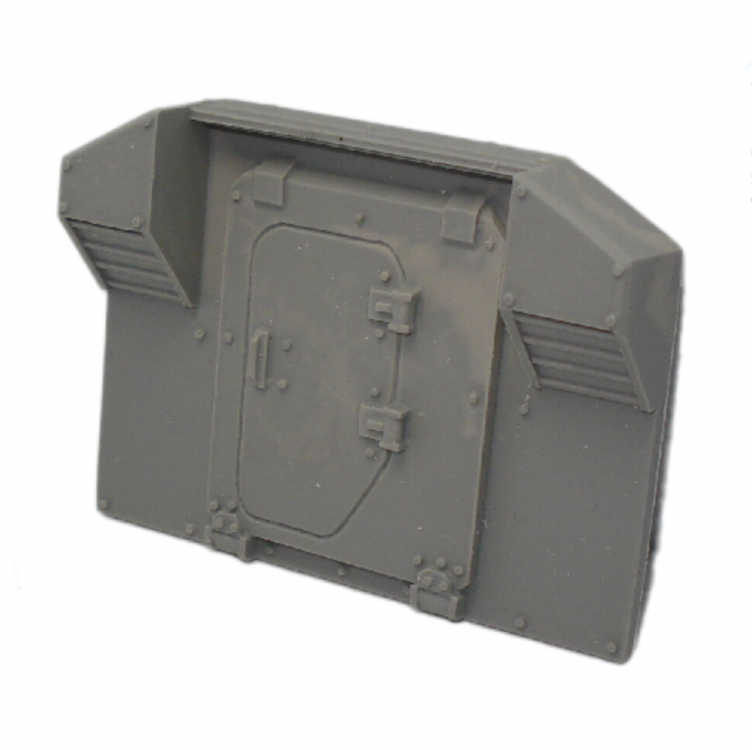 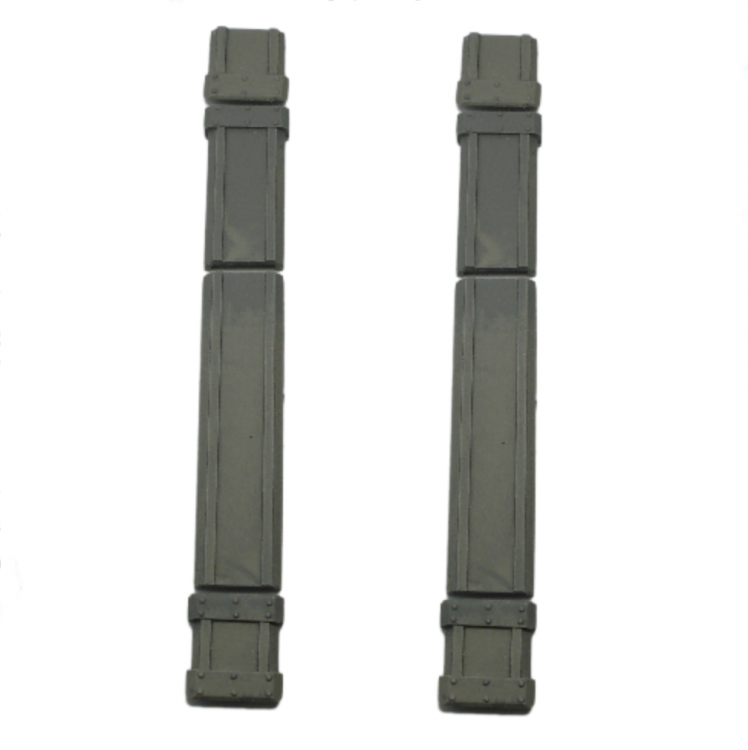 Don’t forget to sub to my new YouTube Channel!

With all this in place, my vehicles should look the part!

The new Bulldozer blade does pose an issue though, it’s very high and so will cover the hull-mounted weapons on both the Leman Russ and Chimeras.

I’m yet to figure out a solution for the Leman Russ but the Chimera is sorted. I’ll mount a Heavy Bolter out the upper rear hatch of the Chimera. I hope to also place a Guardsman on this Heavy Bolter too. He’ll be a sort of rear gunner while the Chimera’s turret faces forward. I’ll use sandbags to pad him down a bit too.

I’d like to do something with my Sentinels too. Although these don’t benefit from Grim Demeanour at all. But I think some leg guards or similar would work well on them.

And this is is for now for my 40K Project. Once the current batch of 20 is done, I will be well on my way to getting the infantry done!