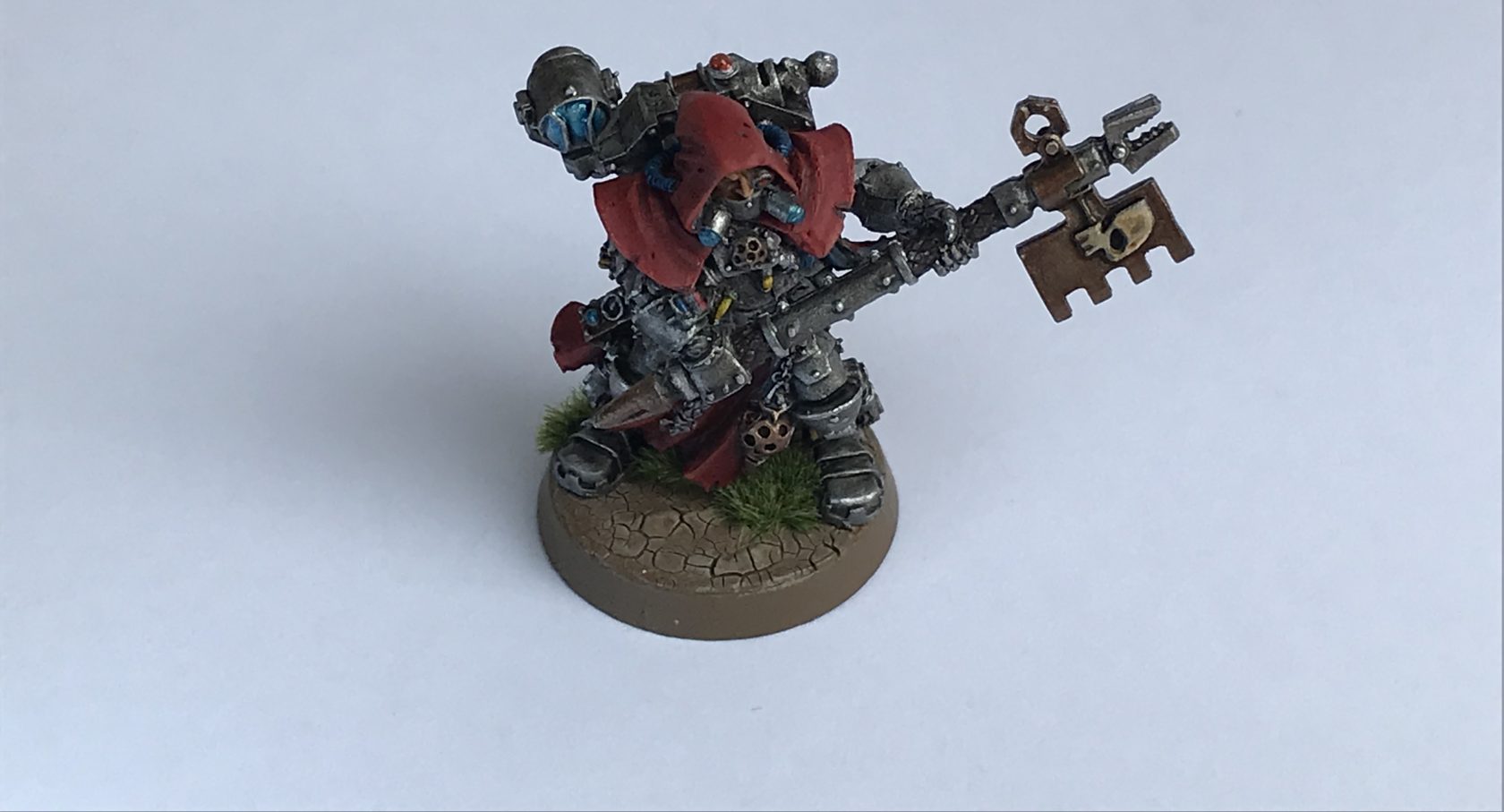 Another day and another Elite done.

I’ve completed my first Tech-Priest. He’s ready to start repairing my artillery and smashing heads with his axe.

This is the third model I’ve done with a red cloak. Yeah for red! The next cloak I do won’t be red because I think I’ve taken red as far as I can. 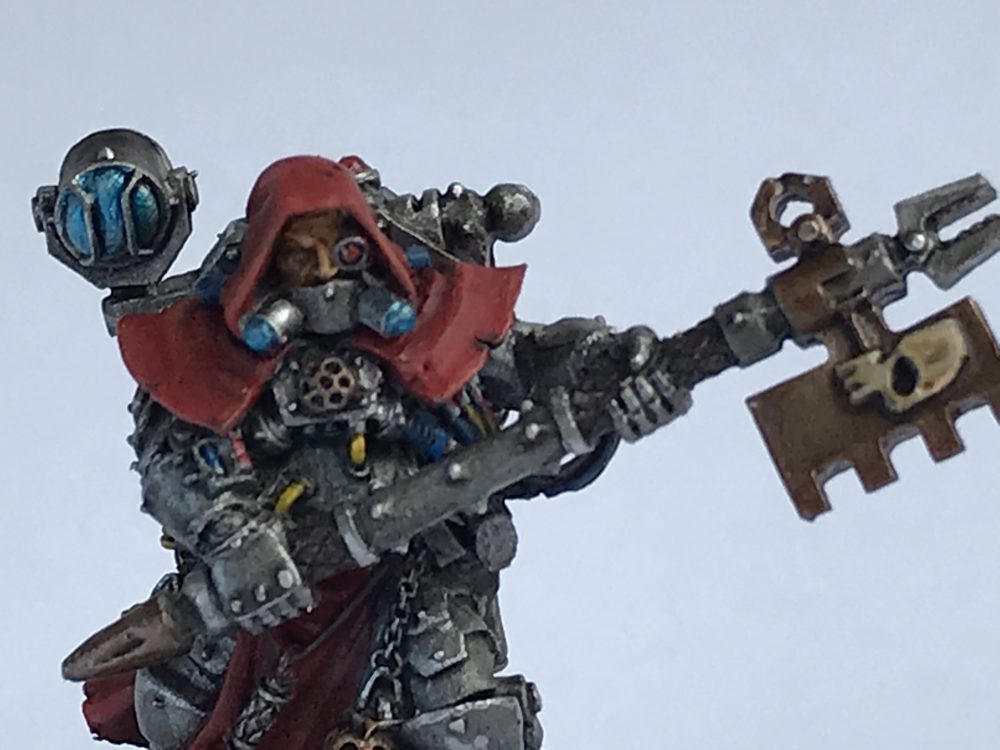 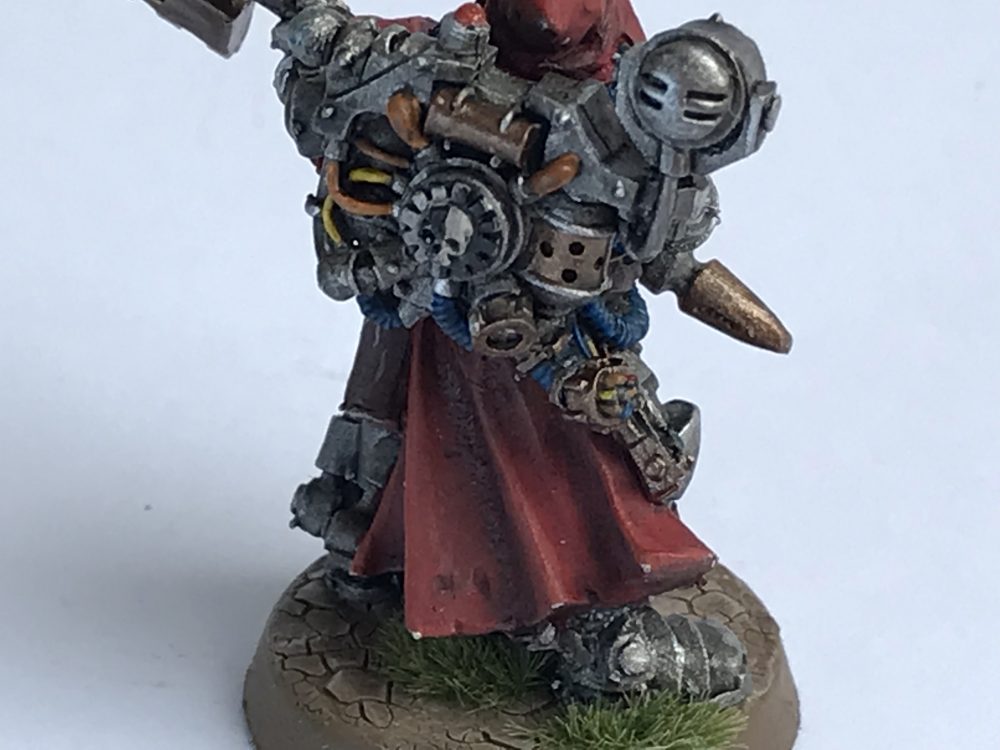 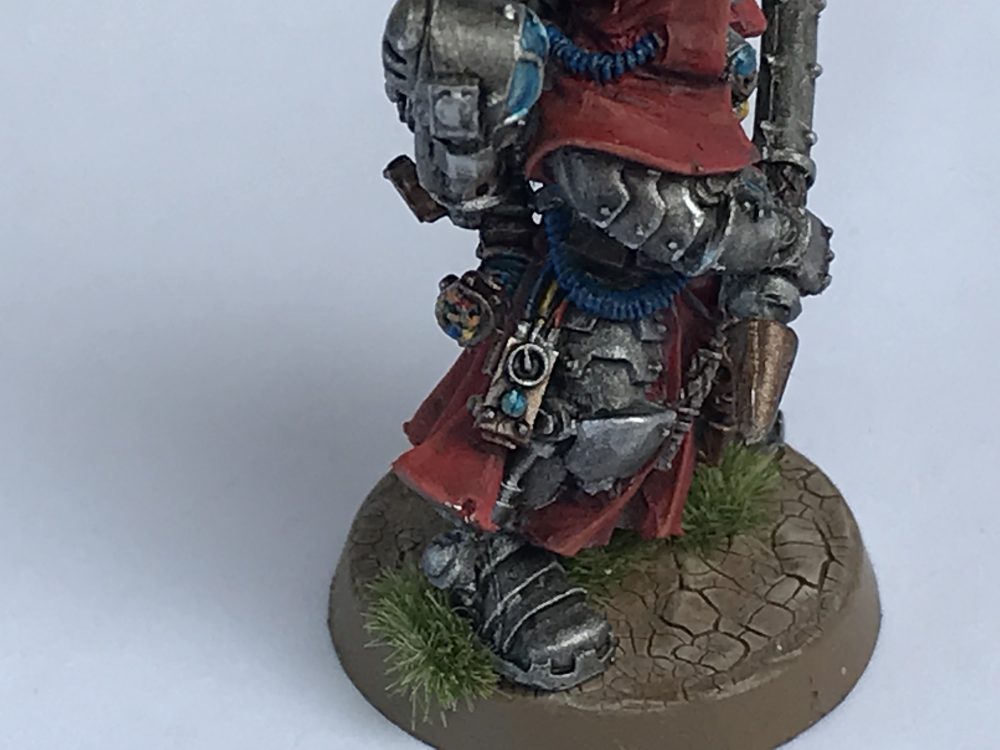 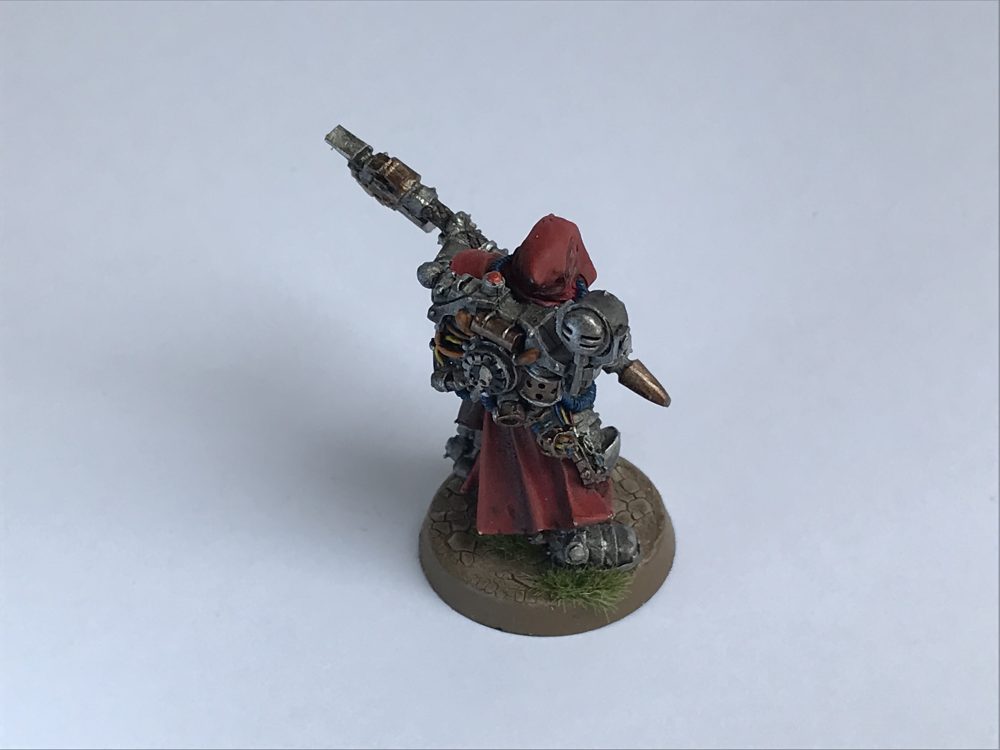 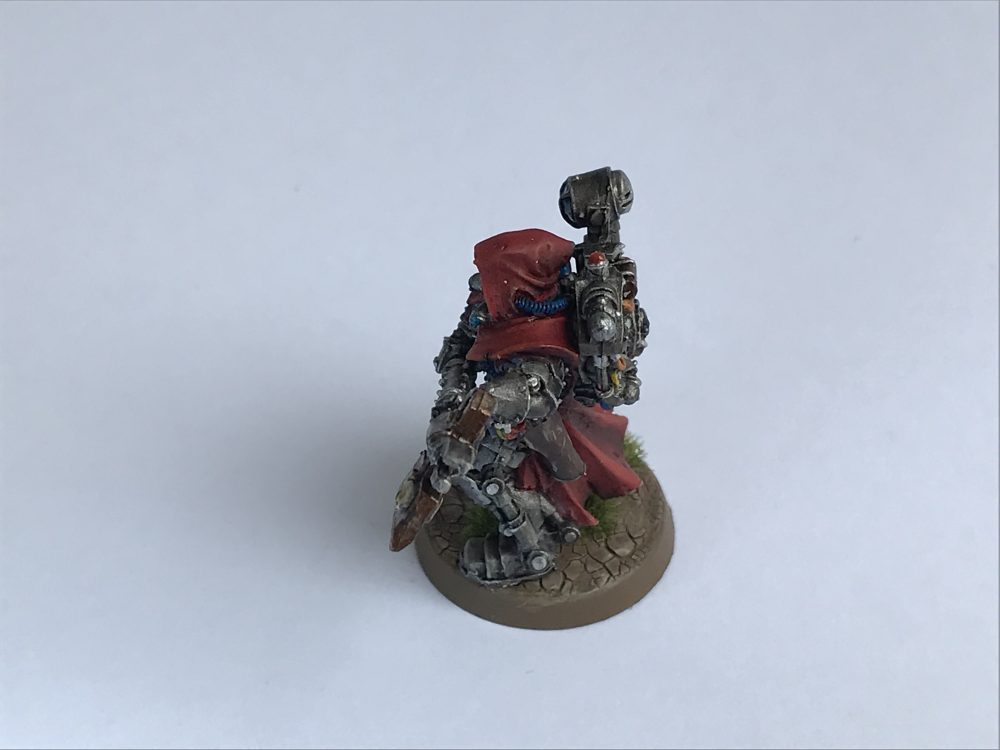 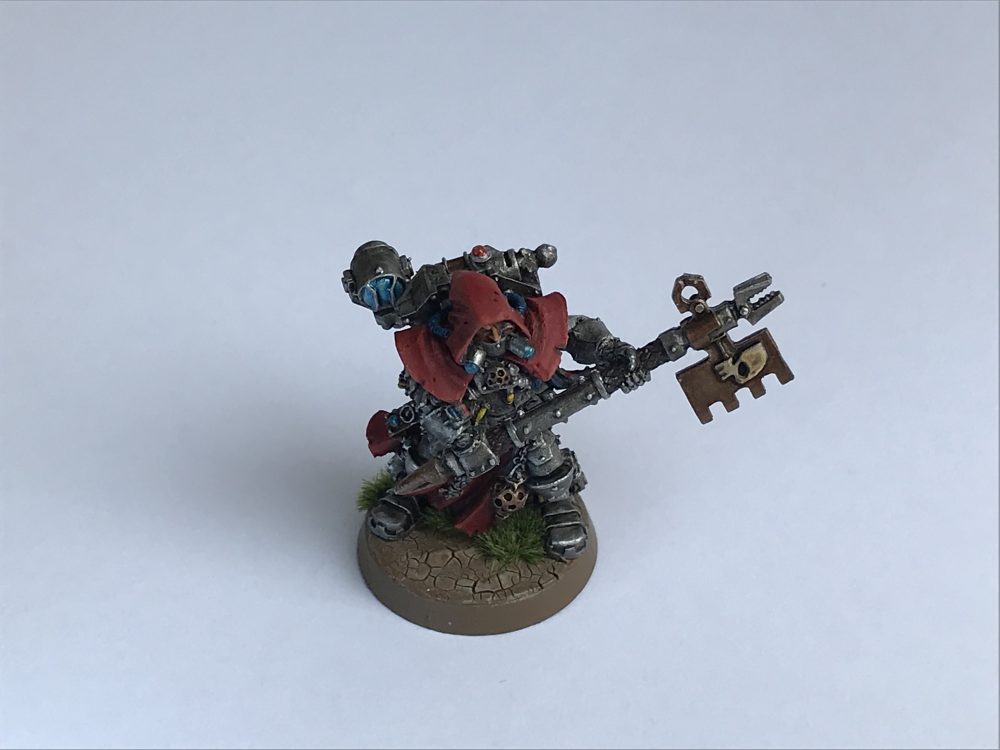 So now I need something new. A new colour at least. I don’t think changing the technique when I change the colour is a good idea. Blue or yellow may act differently with the same technique and so I’d like to see that change.

I did zenithal highlights on this model to start with. I used a light grey with the airbrush. This did help to begin with as I could clearly see where the light would and wouldn’t catch the cloak. It wasn’t very helpful on the front of the model because the cloak is overshadowed so much by his arms and axe.

I’m happy though. On to three Leman Russ now…

This was my first time using the Redgrass Games Everlasting Wet Palette (from Store or eBay). It is a joy to use. I had used an old, clunky Tupperware box in the past which did work great. But I wanted something smaller and suited to the exact task of being a wet palette. A more details review is on its way. 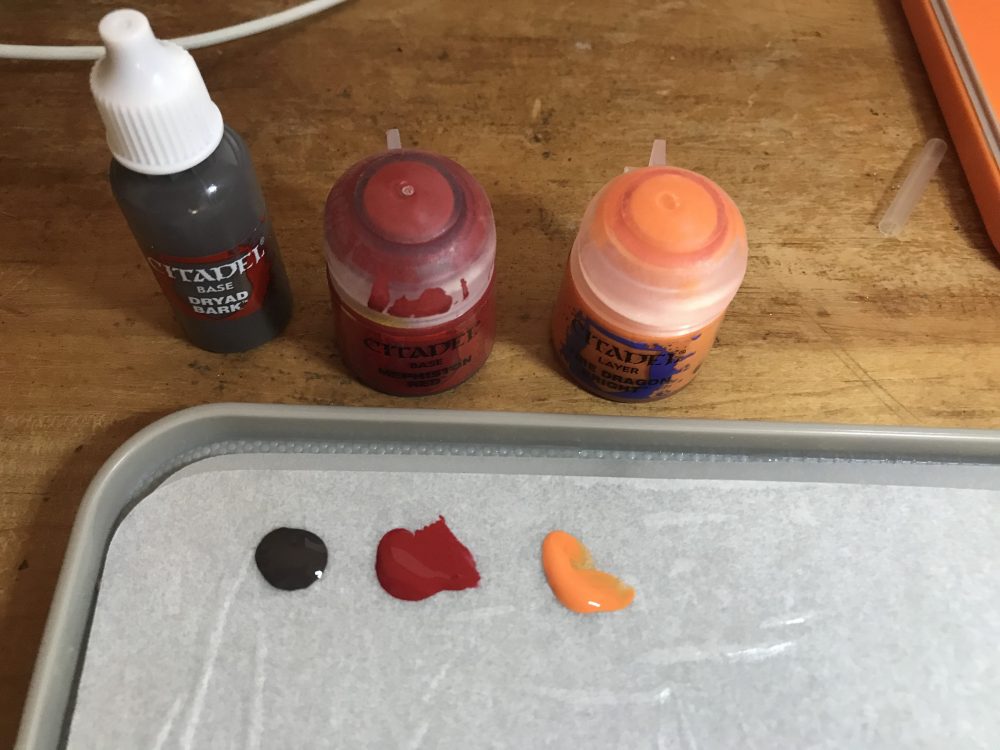 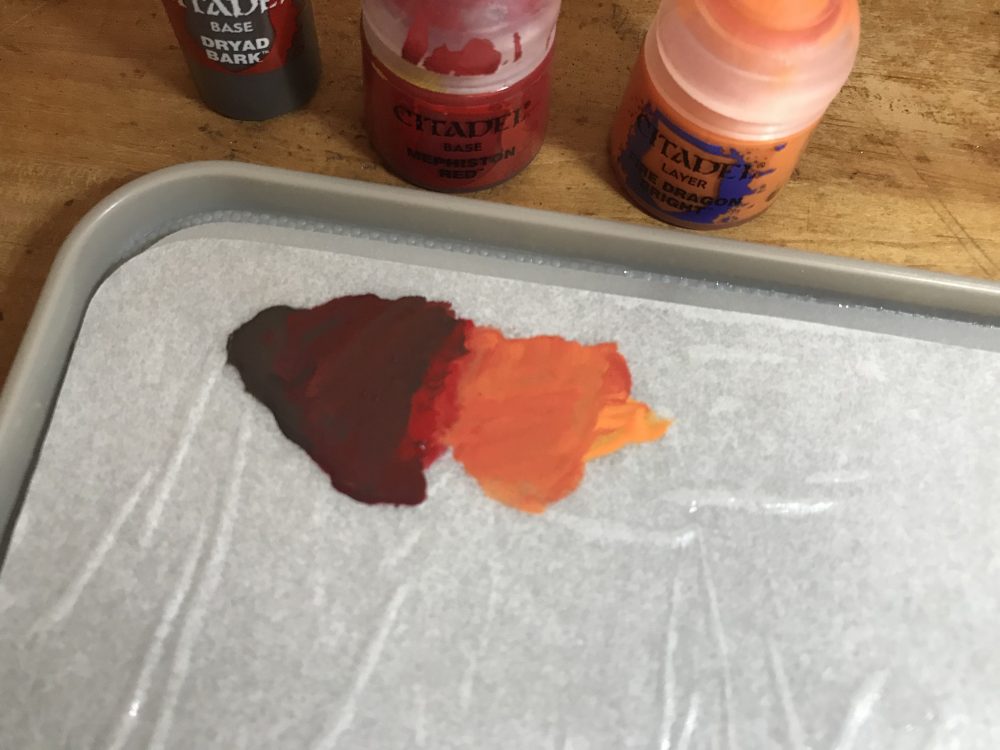 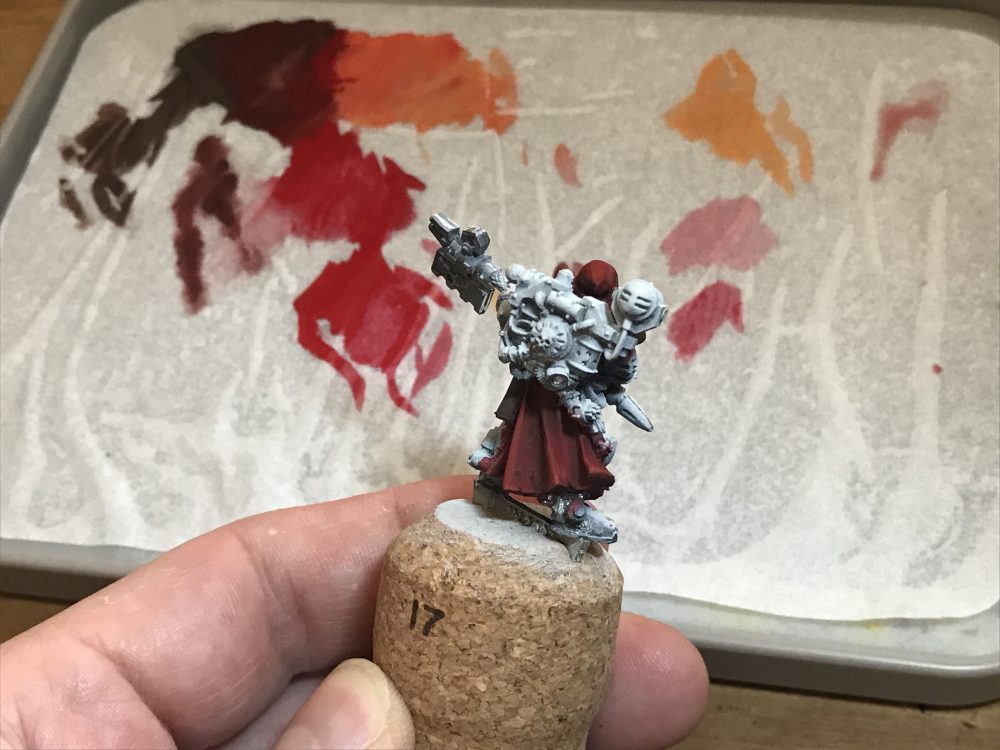 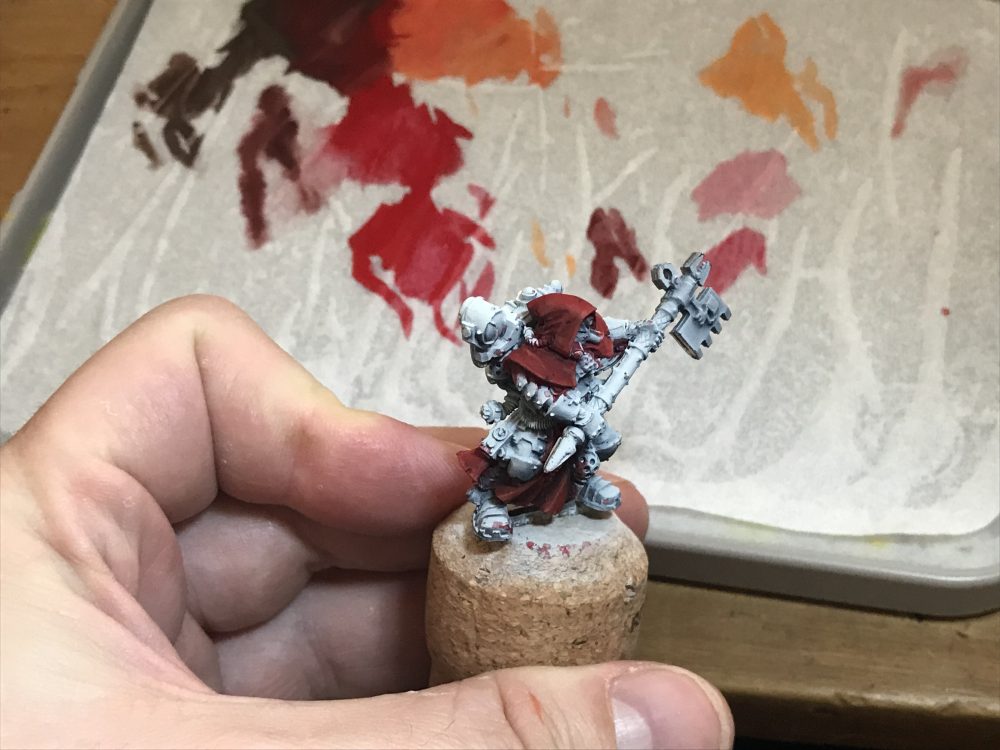 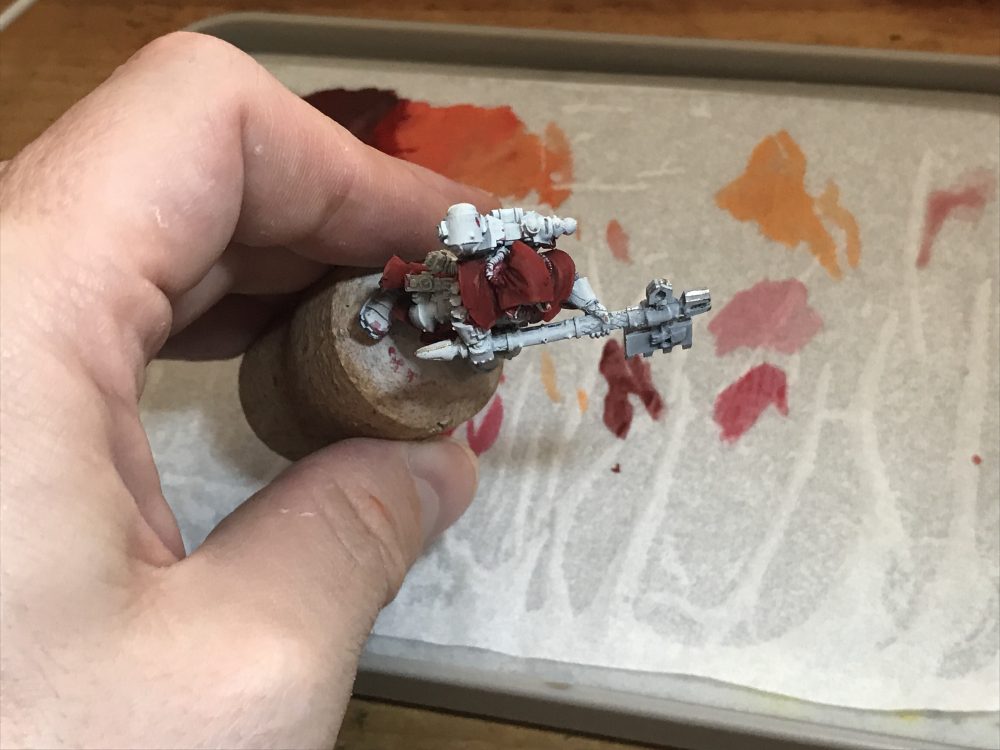 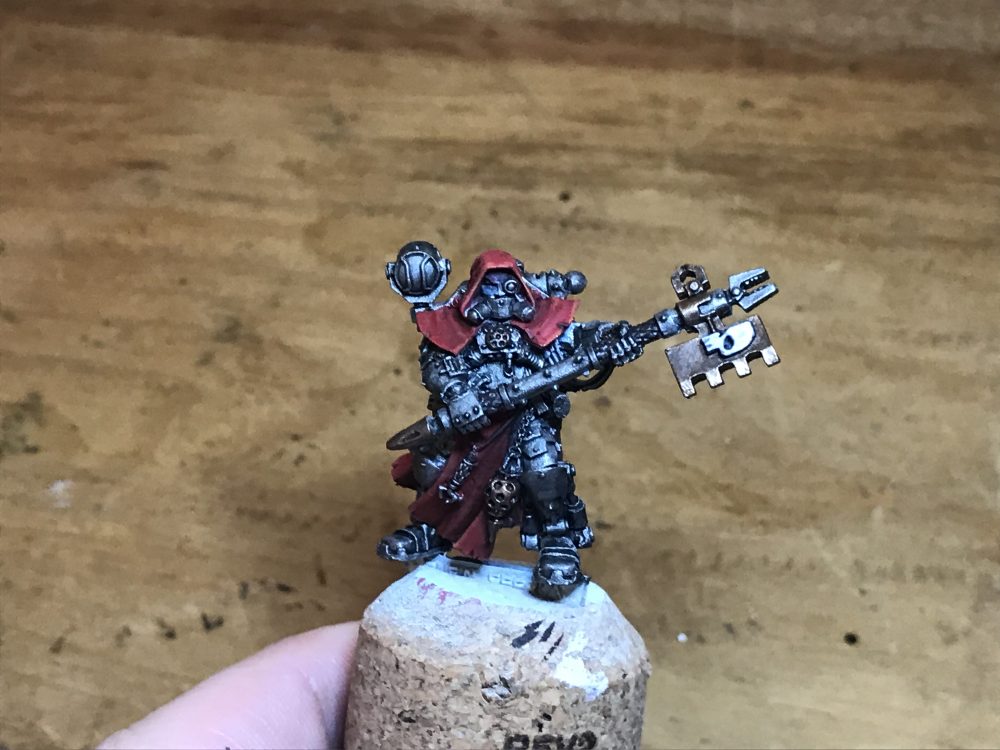 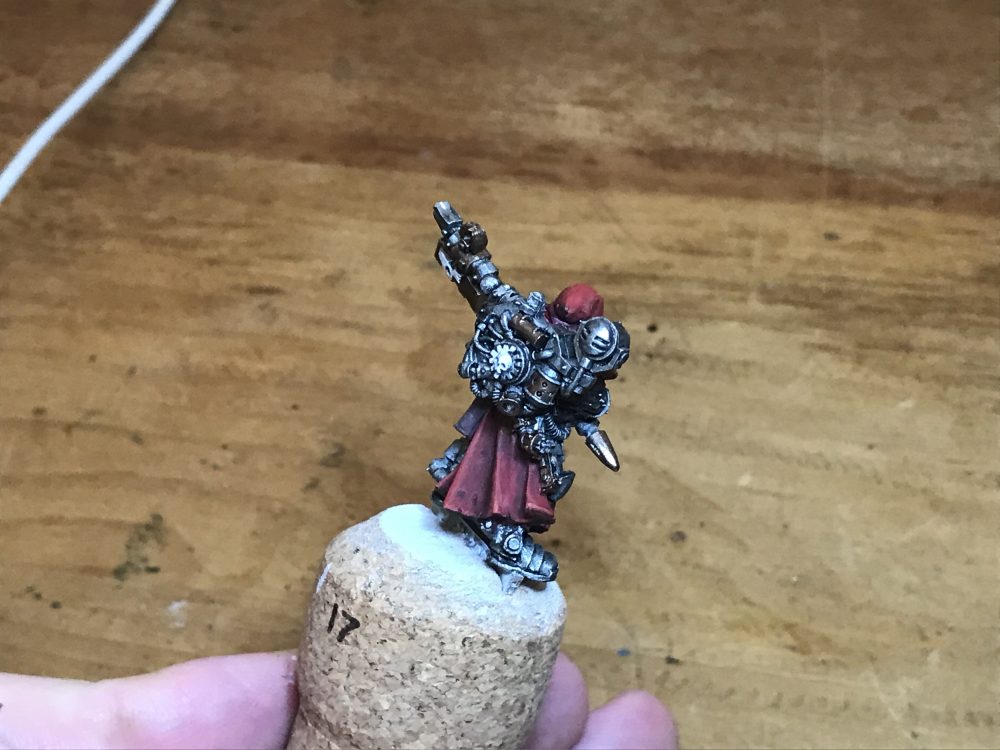 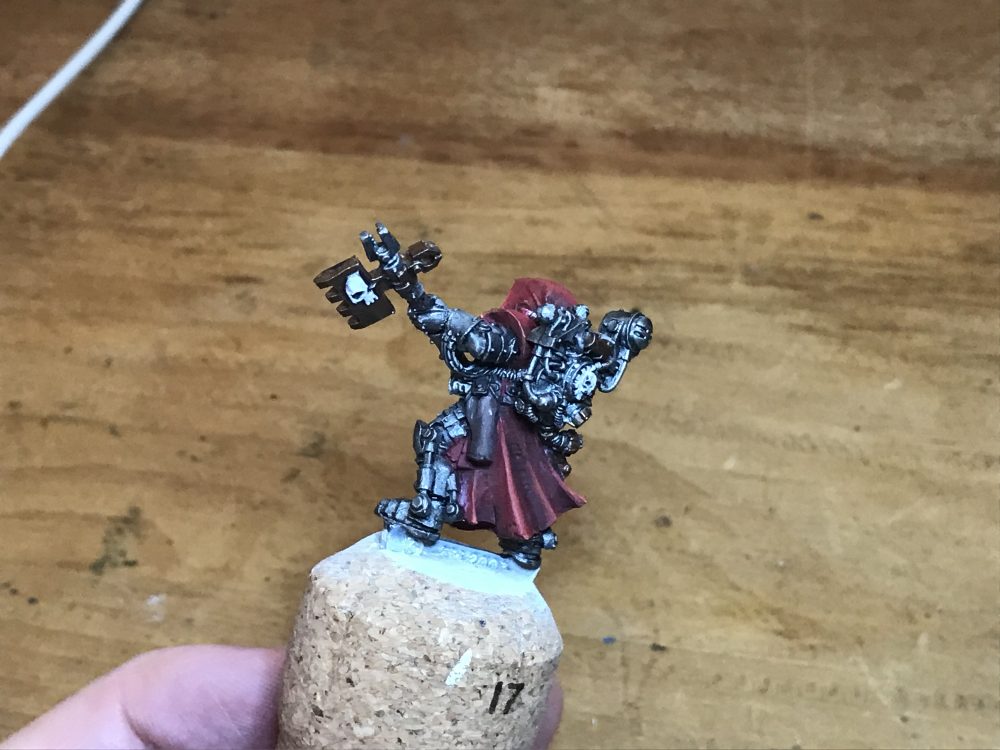