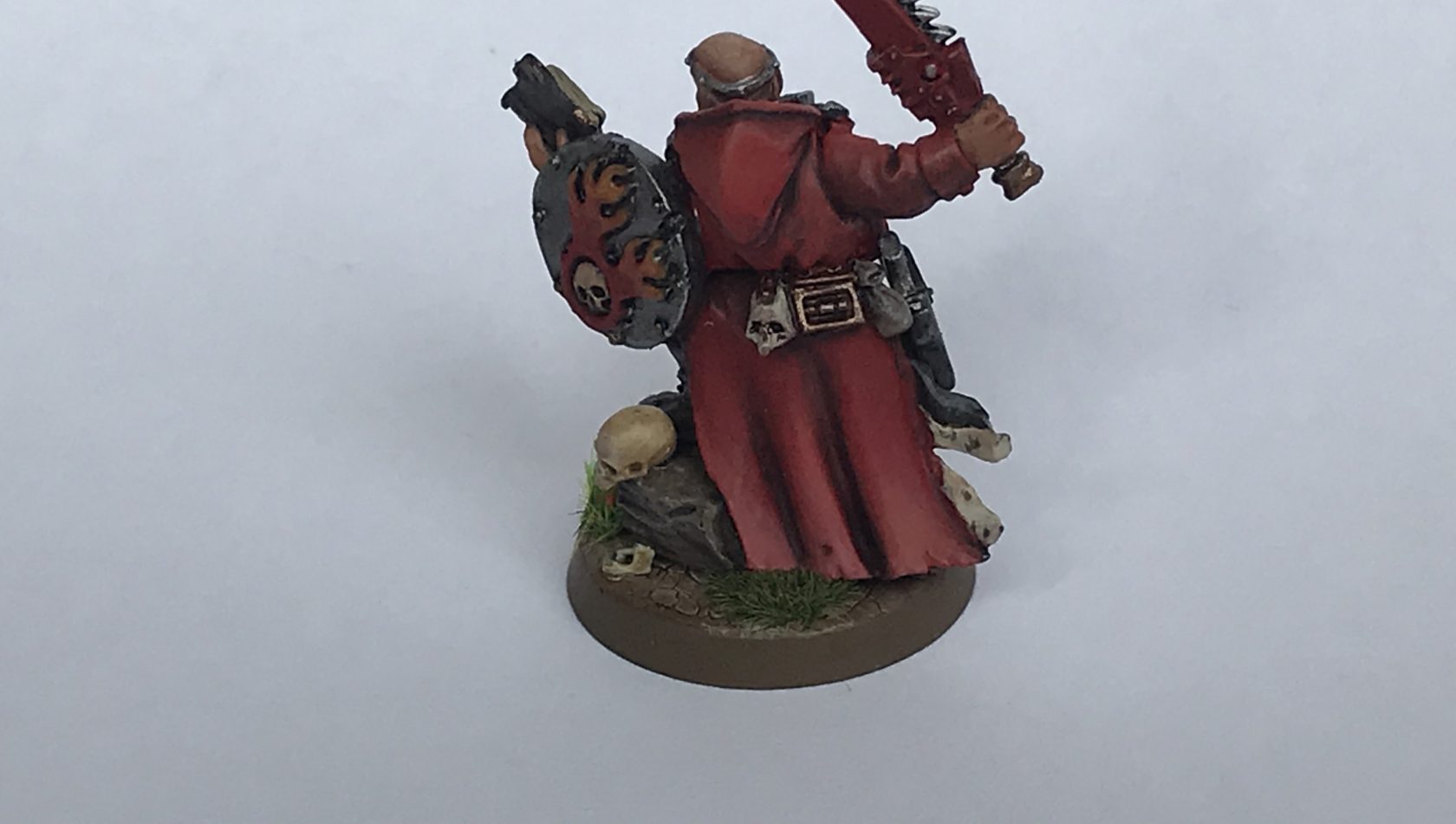 My first ever Priest now completed...

My first Priest is done! He is a Warhammer Fantasy model of some sort. Maybe an Empire Priest? I replaced his Hammer for a Chainsword and gave him a Laspistol holster. Thanks for that suggestion Kamil on Facebook!

I really enjoyed painting this and converting him ever so slightly. He is a Sigmar model and that is still evident from his very none 40K shield. But I like it and I’m happy with the fire that I did on it. OK for a first try at that sort of thing. The base I did as a Dry Mud Base like my Raven Guard. The Emperor came to me at night and told me it needed five skulls, so five skulls it got.

I think some people might find the flaming shield jarring and a little too Sigmar-ish. I can see why. But I wanted to paint the flames and didn’t want to try removing it or covering over it. I have made my peace with it and I am happy with how the shield turned out. 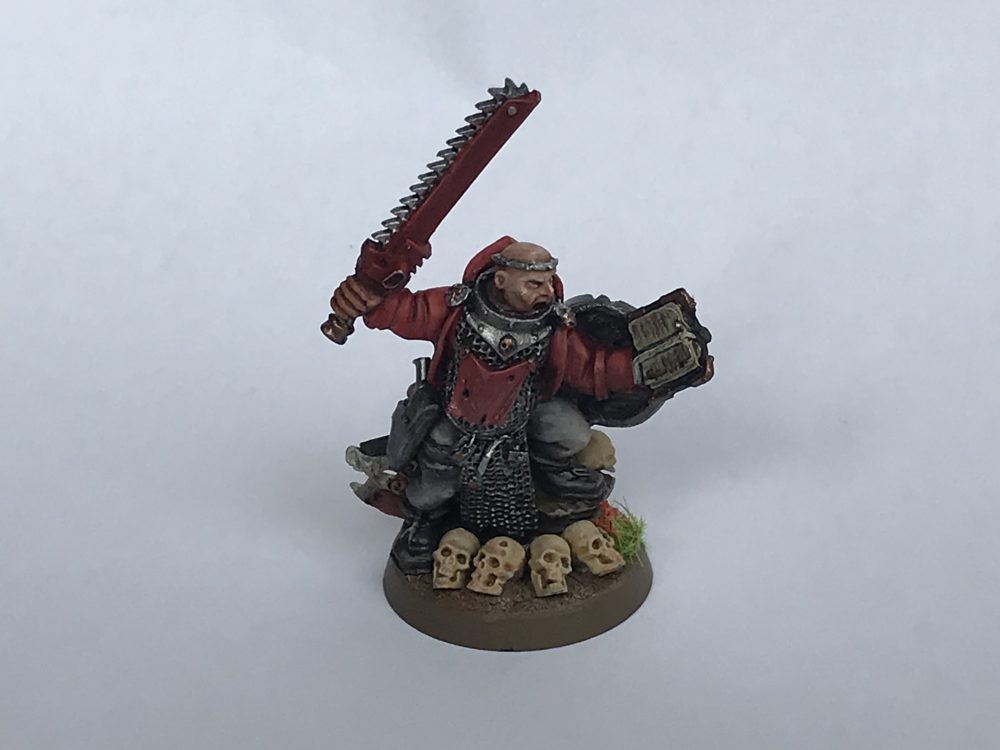 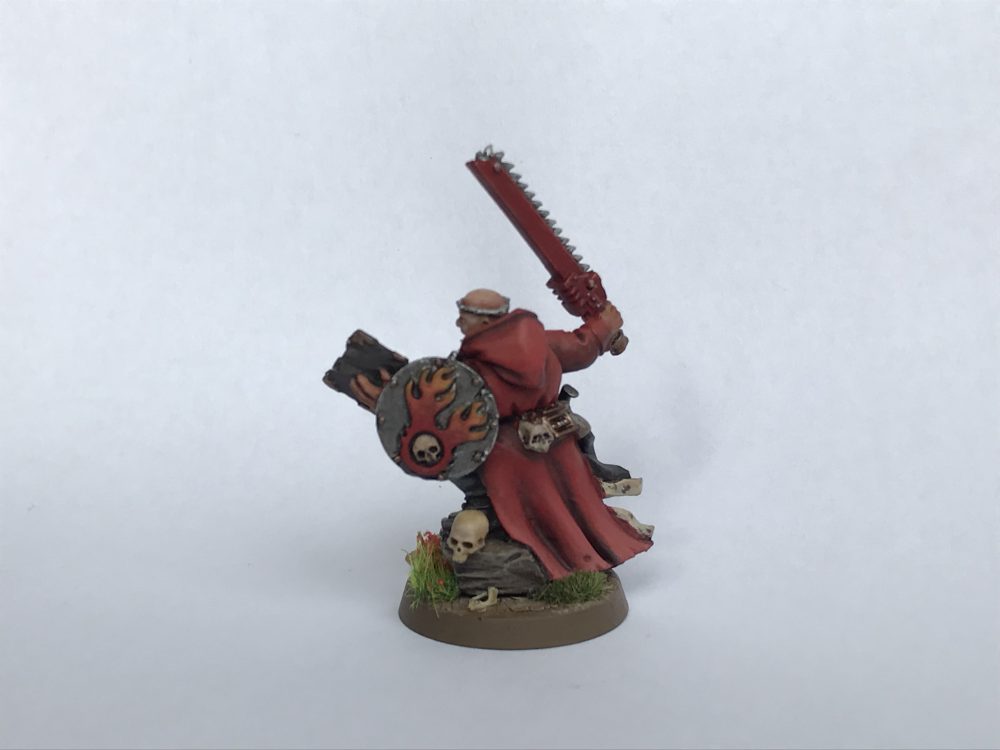 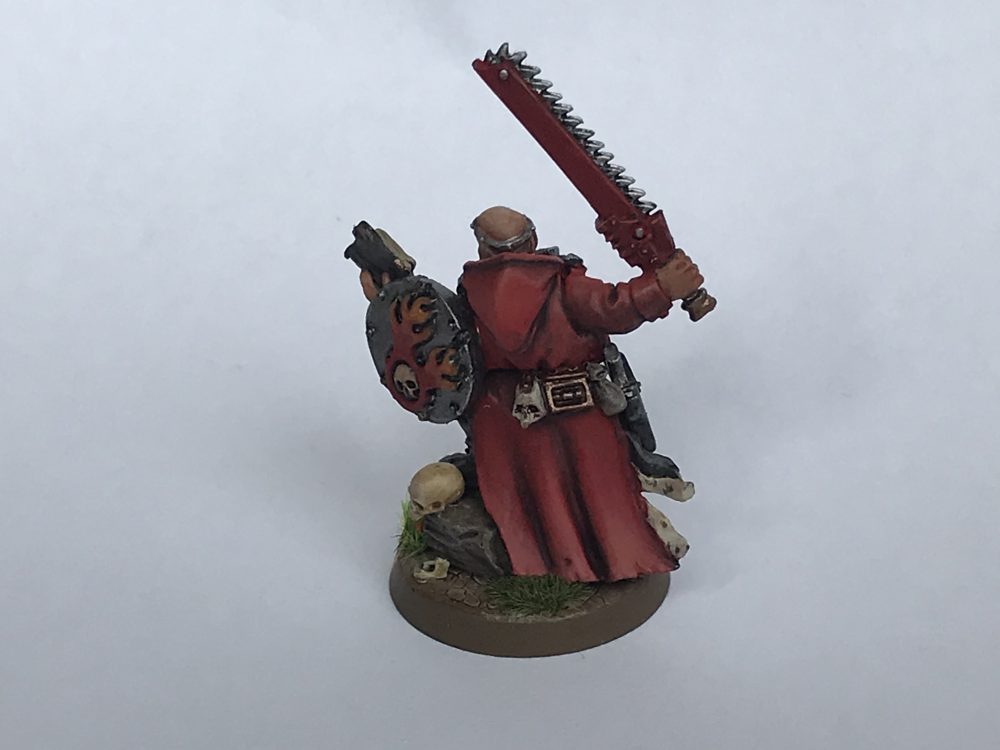 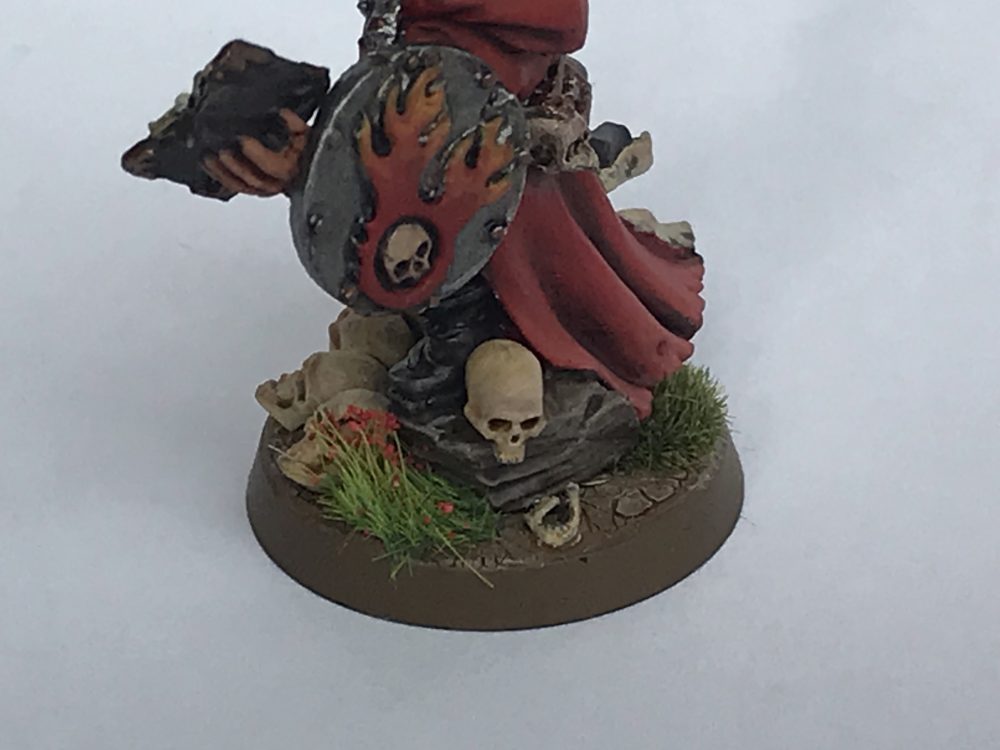 One thing I’ve noticed about wet blending is that it’s very hard to blend a black or brown with Ushabti Bone. No that’s wrong. It’s not hard, it’s as easy as black and red, but it’s harder to get a seemingly good result.

I tried for ages to make the trousers on the Priest look how I wanted them too. But it just wasn’t working. Then I saw someone post a comparison picture of their painting. Their painting now compared with five or six years ago. The most recent model was Eldar and used a bright green to black transition on every panel of armour. It looked amazing.

Then I realised, my Priest would never look like this – with such low contrast because of the colours I was using. So tried to blend higher contrasting colours.

I wasn’t going to use bright green and black. I’d leave that to the filthy xenos. But going from black through Ushabti Bone and then finishing with white seemed feasible. Likewise with the red. Going through black, red, a brighter red, orange and white.

I said white and then made the discovery that white is not that good for this process. The key is orange! And when you think about it, it makes perfect sense. If you mix white and red you get pink. And I do not want a cloak that fades into pink.

If you mix orange and red you just get a lighter red, which is not pink. Using this I was able to get a better finish I think compared to Psymon. It is more natural looking?

As a second attempt, I am really happy! 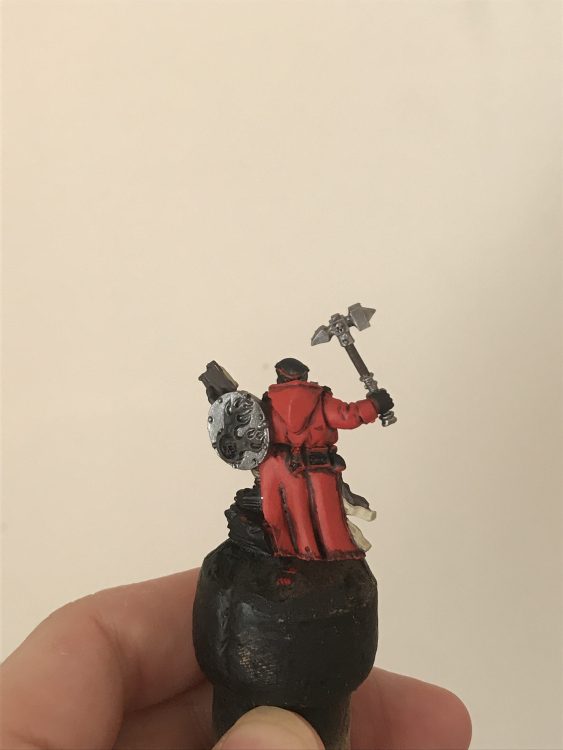 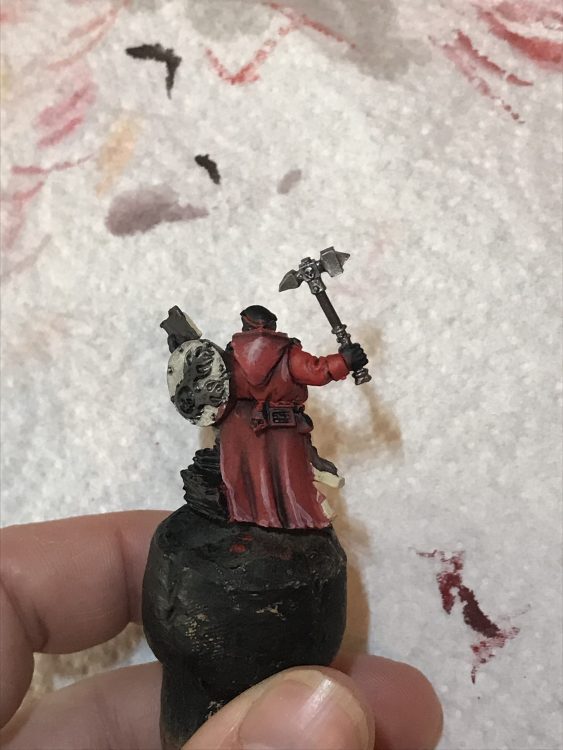 More layers on the cloak 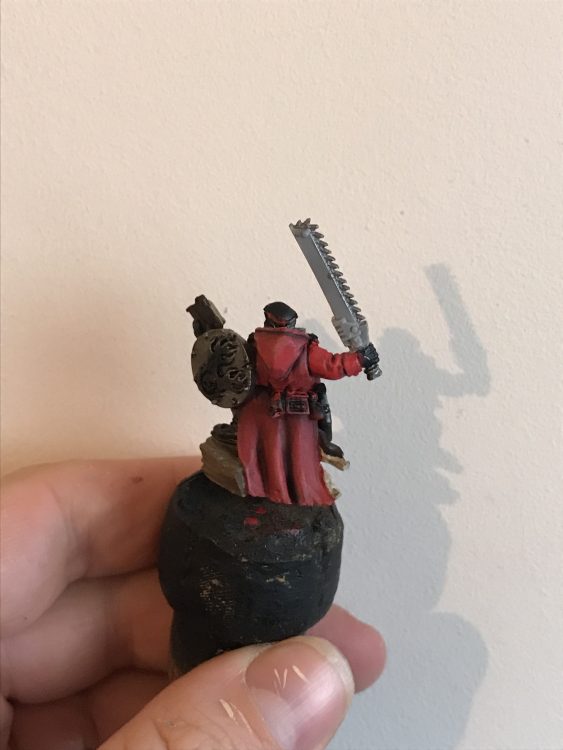 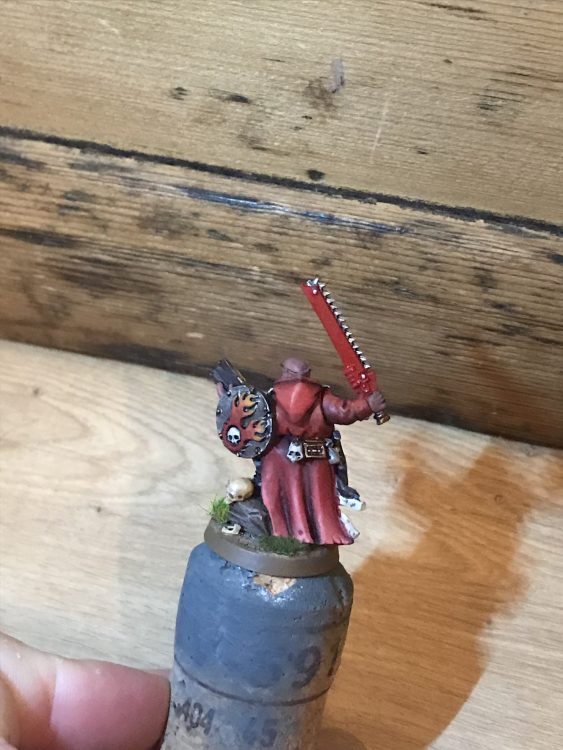 Nearly done now we have added in orange 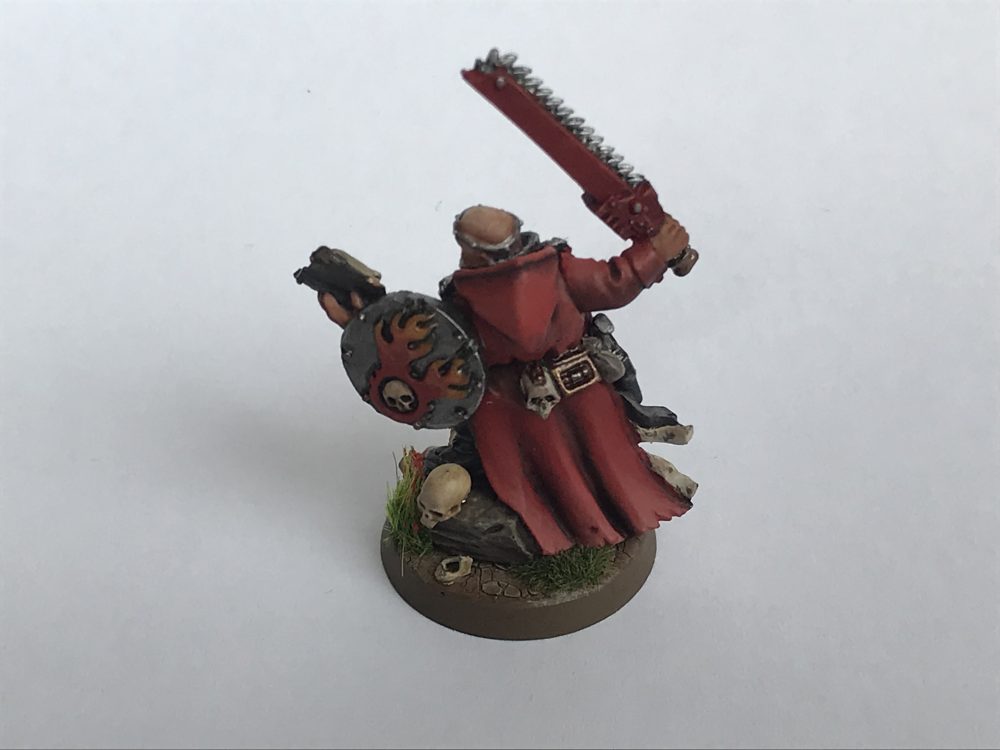 After the useful comments on this article, I updated the Chainsword cover to be black to break up the red, it works well! 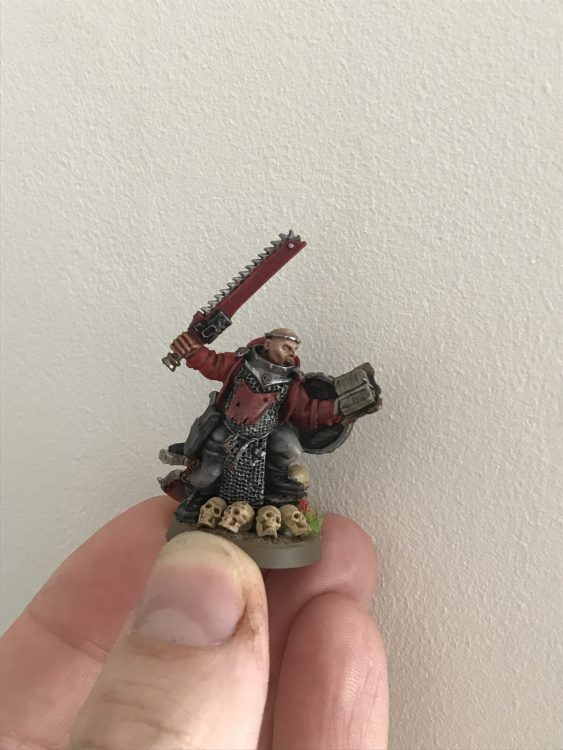 He originally has a hammer as you’ll see in some of the photos. He can’t take such a weapon and so I opted for the regular Chainsword. I think it’s a Space Marine Chainsword in fact. So it’s slightly larger than a regular Guardsman version. It works though. 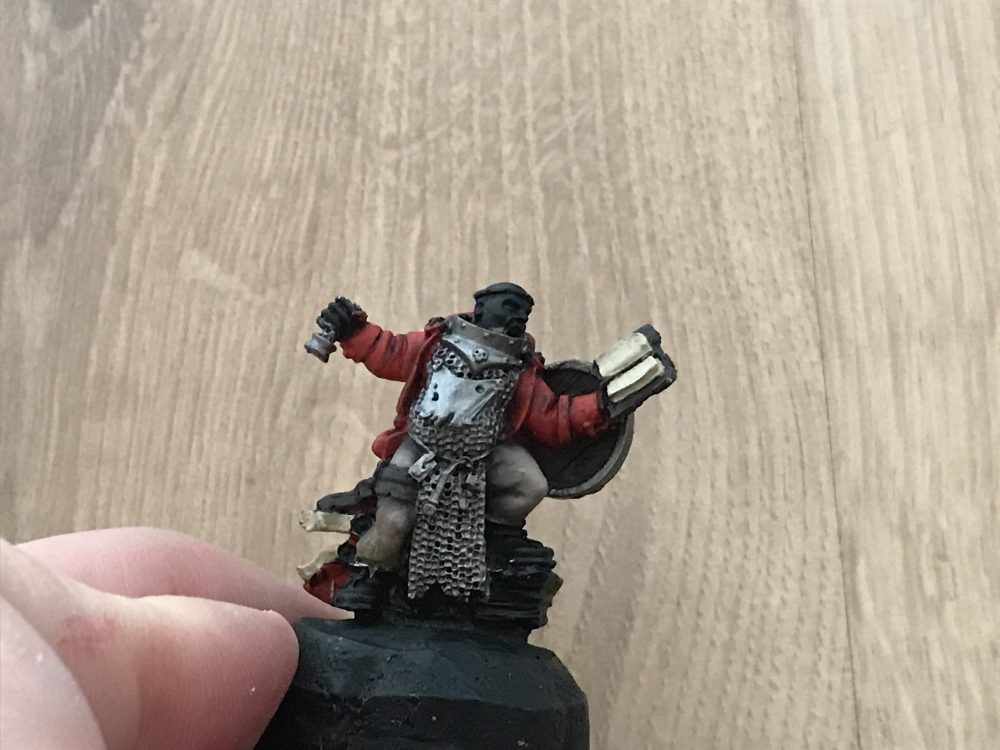 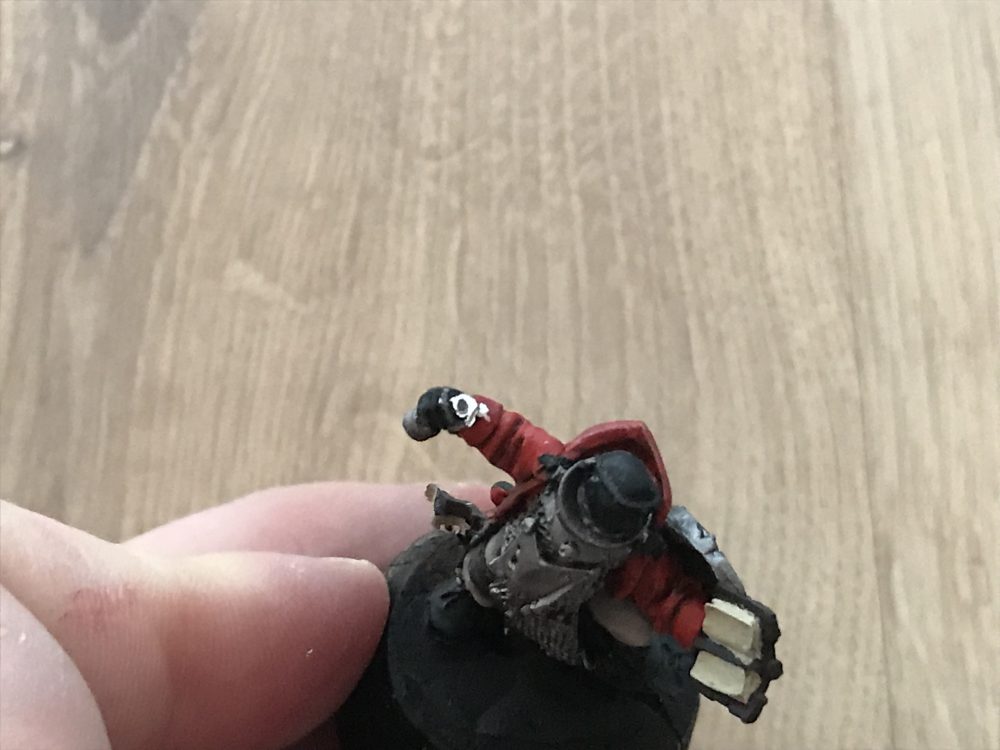 2. Drilled into the hand 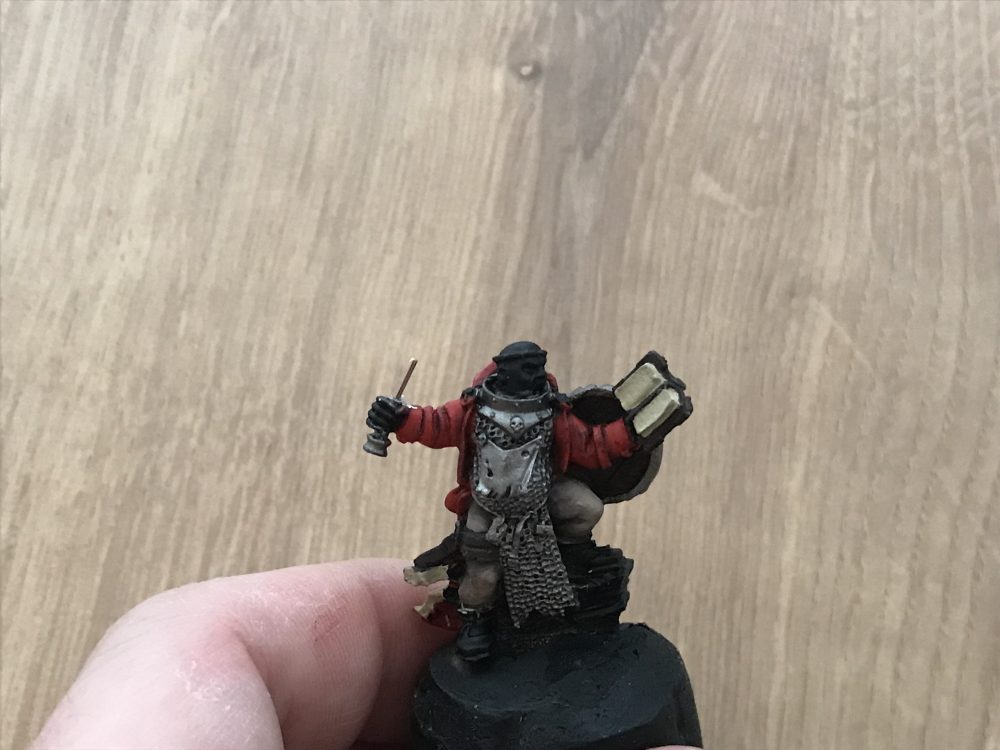 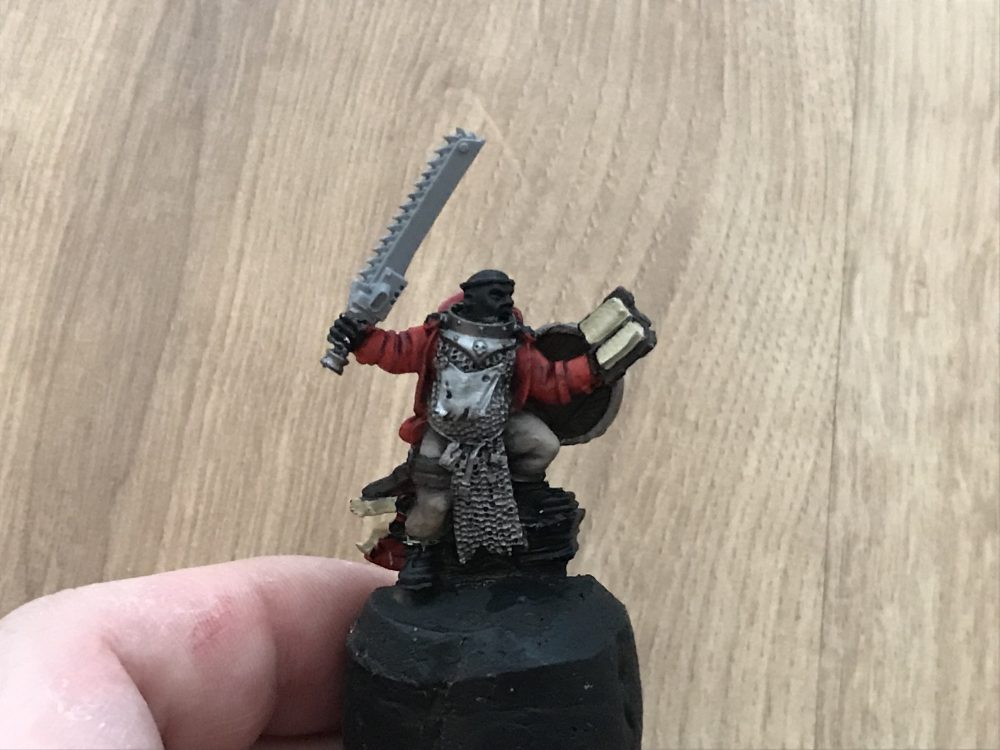