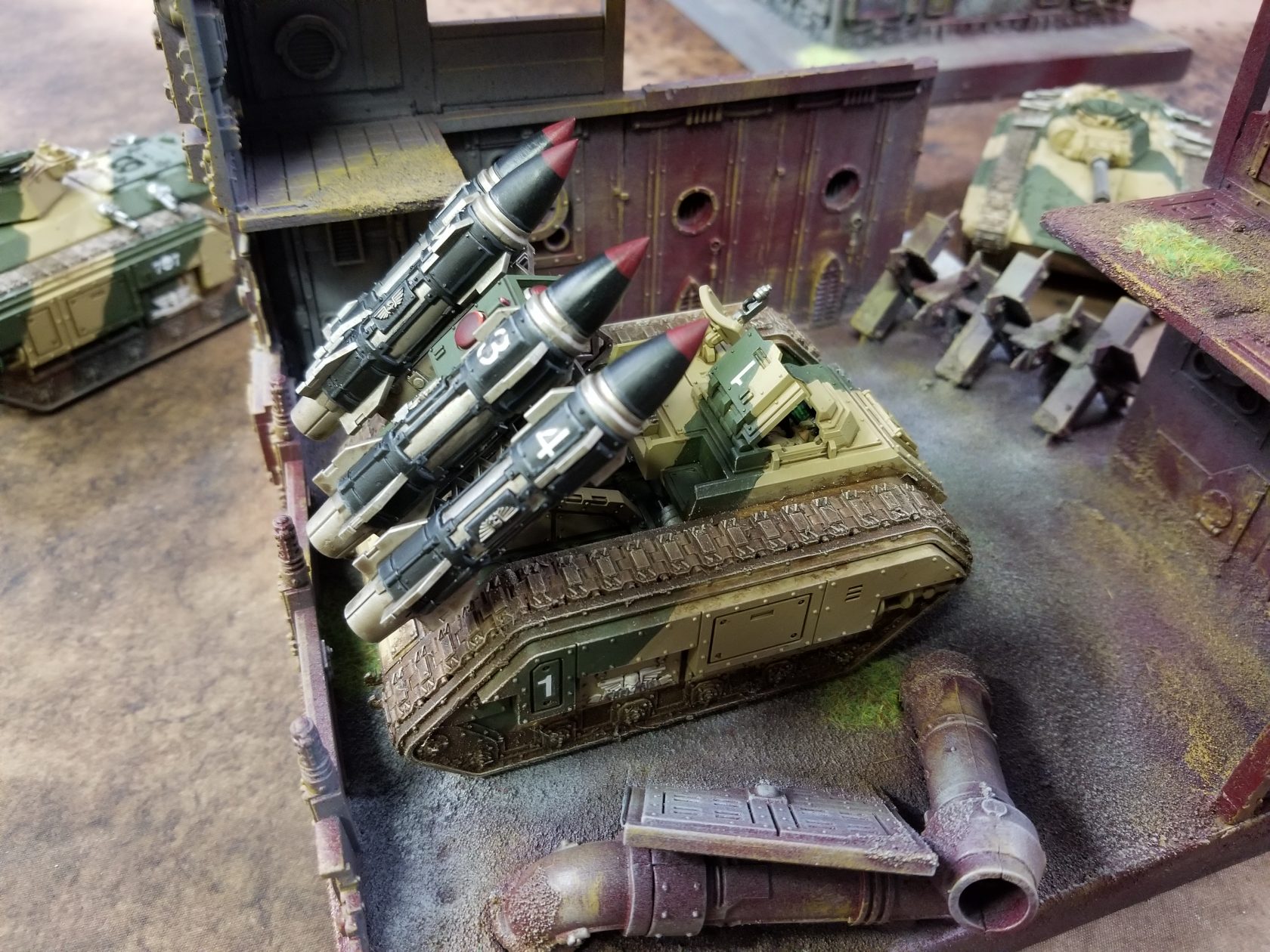 How to Counter Astra Militarum Artillery

It is heresy day here and we are looking at How to Counter Astra Militarum Artillery!

From this day forward, today shall be known as Pure Heresy Day. I’m so sorry dear Emperor. A question arose from the Astra Militarum Artillery series of articles. How to Counter Astra Militarum Artillery? And today we visit that question to answer it and to also give you loyal Guard Commanders some food for thought about how to Counter these Counters!

In case you missed it, the series consisted of the following articles all by Cadian Sergeant Steel:

And now it’s my turn to undo all of that!

Before we get into how to counter Astra Militarum Artillery lets take a look at why they are hard to deal with. Of course as an enemy of the Imperium you want to deal with them as soon as possible because they are devastating!

No Line of Sight

This has to be up there with the most annoying and effective tactics an Astra Militarum Commander can employ against the enemies of the Imperium. Set up a parking lot of Artillery in the backfield which is completely hidden and just pound those xeno ranks with dice after dice after dice. Out of sight, is out of sight in 8th Edition. There is little you can do about it other than employ your own artillery to hit back. But that’s going to be tough as no one can do it as well or as cheaply as the Astra Militarum can.

Having three squads of Guardsmen staring down your Elite troops isn’t so bad. Their damage is limited. But having three Basilisks bombarding your Tyranid monsters for three turns is no laughing matter. Those D3 of Damage will mount up. Astra Militarum Artillery hits hard. 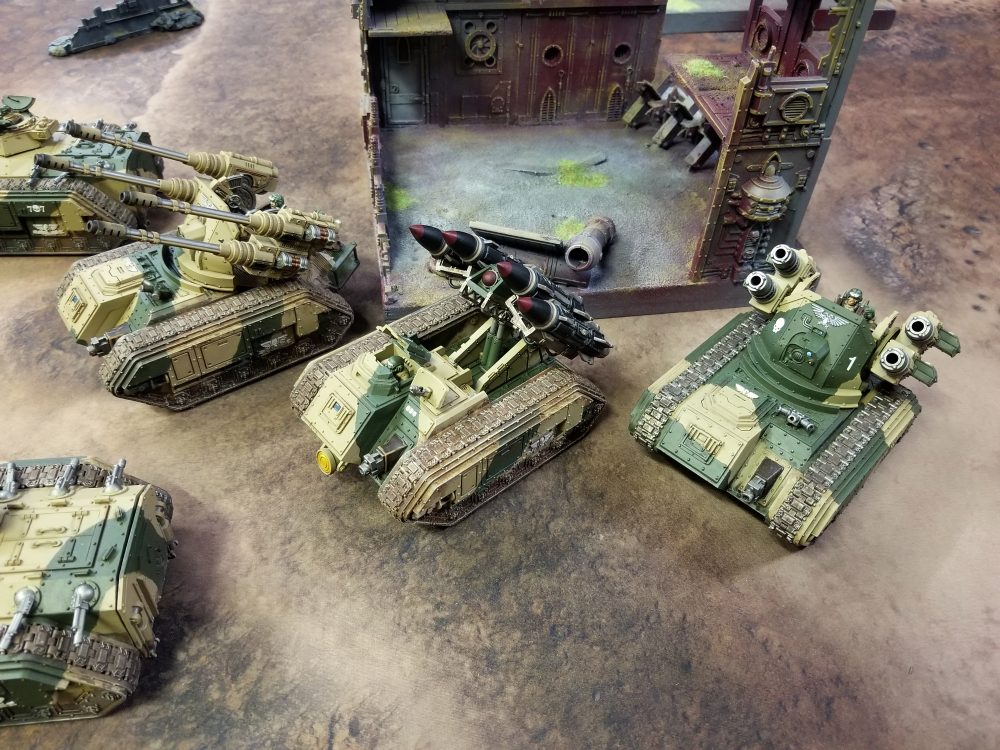 With Toughness six and seven making up most of the stat lines with at least ten wounds you won’t be using one lucky shot to take out artillery units. You’ll need two or three lucky shots to just ensure one model stops shooting at you. With the Jury Rigging Stratagem and a Tech Priest, it’ll take even longer.

Which brings us nicely onto our next strength. There are numerous ways to buff and boost your artillery. Both offensively and defensively. With various characters, psychic powers and Stratagems you can improve your artillery in various ways:

Even when the enemy might think the threat has passed from your Manticore and Deathstrike – they’ll need to think again. They can turn into effective objective holders and their Heavy Bolters will still function long after their missiles have been used.

While this isn’t true for the larger artillery pieces it certainly is for the Thudd Gun. It’s small and can be easily hidden well away from prying enemy eyes.

No other faction in Warhammer 40K can field as much artillery for such few points. Artillery is certainly spammable for the Astra Militarum. You can easily fit six or nine Basilisks into almost all detachments. While I’m not saying you should do this – it can be done to a much lesser extent, still be fluffy, and make life very hard for the enemy.

The strengths are numerous and deserving. But so are the weaknesses. If Astra Militarum Artillery is giving you hell then use all you must to take it down. Psychic buffs, Stratagems, aura effects and droves of heretics.

Artillery really do not like melee in any form. It should be your primary tool for dealing with artillery. Using melee has two benefits:

You can use melee to hinder and interfere with artillery. Stopping it from firing and giving you precious time to get units into place to take them out fully. Also, if you do make it into melee and the artillery falls back then it may end up exposing its self to weapons that can finish it off. Flush them out of cover. 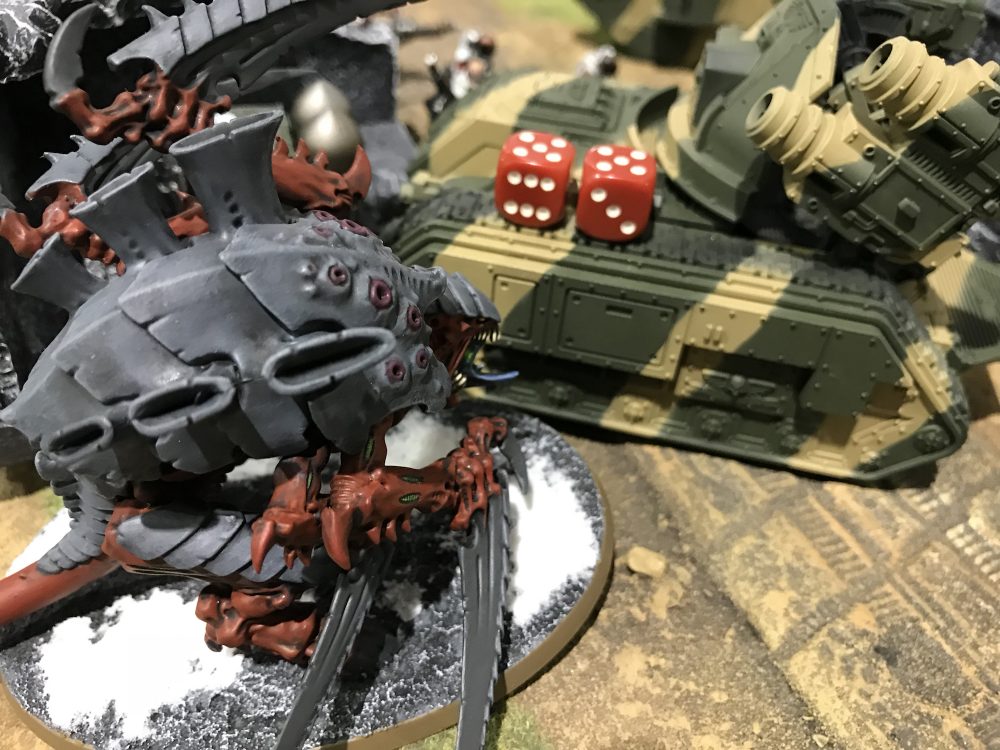 This is bad, Wyverns should avoid this – Counter Astra Militarum Artillery

Apart from the Thudd Gun, Astra Militarum Artillery pieces are big. In 8th you only need to be able to see the unit to target it. Even if seeing means you can see a pea-sized area. Given the long barrels of the Basilisk and Hydra then finding a single point to target should be possible from some angle in your Deployment Zone. If it’s not, flush the artillery out as mentioned above.

Even the Wyvern, Manticore and Deathstrike are great hulking models. Hard to hard fully. 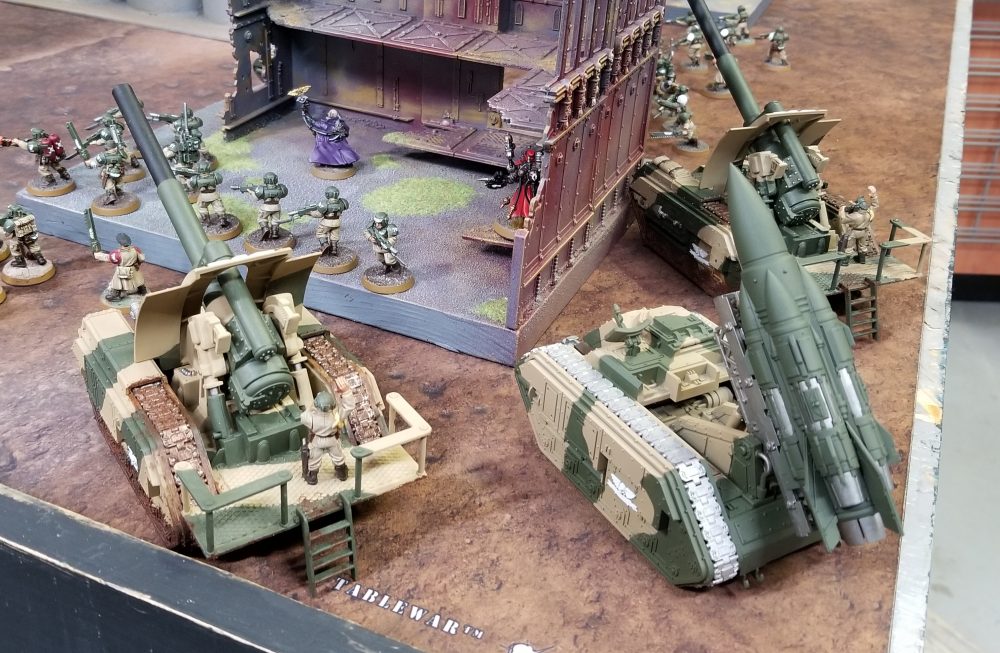 Astra Militarum Artillery like all vehicles can explode. While you cannot really predict these events you can hope for the best and that random Mortal Wounds will occur from these explosions.

Astra Militarum Commanders will pack their artillery in tightly to avoid being seen. Therefore when an explosion does happen you will hit something else. Thus, helping your vile xeno cause.

How To Counter Astra Militarum Artillery?

And now to the guts of the matter. How do you mitigate the strengths of Astra Militarum Artillery and take advantage of their weaknesses?

These are the tools that heretics and xenos can employ to counter Astra Militarum Artillery. In doing so they should expect the full weight of the Emperor and all his loyal subjects to bear down on them for eternity.

The ability to Fly up and over the ranks of the Astra Militarum should not be overlooked. Having a group of enemies jump over and into your artillery is a Commander’s worst nightmare. Because it’ll be swiftly followed by a Commissar’s Justice. If you can get past or around the ranks of Guardsmen that often wrap up artillery then you’ll be either:

The latter is probably preferred based on the above analysis. As it will remove a turn of shooting from the units you charge. Remember to declare multiple charges. This will get you into combat with as many artillery units as possible. Once the artillery pieces begin to fall, consolidate wisely and you pull in even more enemy artillery units.

A successful backfield incursion using flying units will upset all Astra Militarum plans. Doing the same via the Deep Strike mechanics will also have the same effect.

It’s often harder to pull off though. Deep Striking regularly means starting 9″ away from all enemy units. Therefore you need an area at least 18″ big to drop down behind the Astra Militarum lines. This will almost never happen. Guardsmen will fill every bit of space to stop this from happening.

Your best option is to Deep Strike in front of the Guard lines – it’s often the only place you can. Then smash into those lines with everything you can. Guns first and then charge in! Create a hole for your other units to use and get in via. E.g. more Deep Strikers or flying units.

Once the rolling wave of melee starts it’s hard to break for the guard without sacrificing units and losing ground. 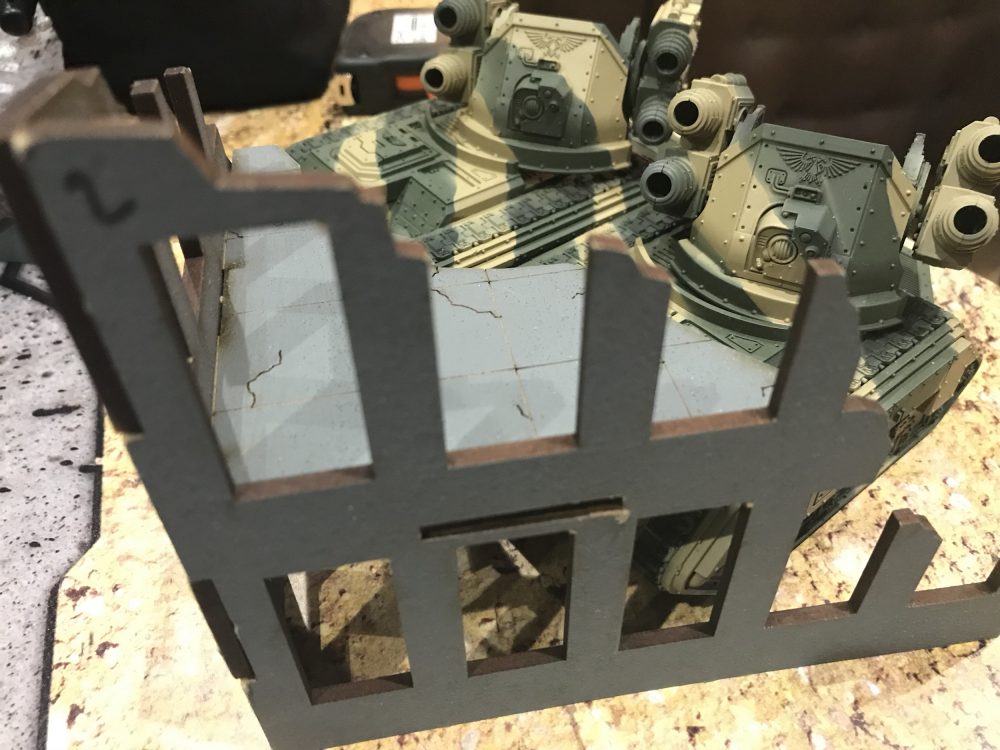 Use your buffs to improve your to hit rolls. Re-rolling ones or re-rolling all misses is good. But the most beneficial gain comes from a positive to hit modifier. Like the Overlapping Fields of Fire the Cadians have access to.

If you can’t do this then, by all means, load up on re-rolls. This can be for sniping the artillery, more on this later, or for your melee attacks.

Once wounds start going onto the artillery their stat line will begin to suffer. So while the destruction of the Emperor’s finest weaponry might be ideal it’s not needed to start to reduce the effects of Astra Militarum Artillery. These artillery units are only hitting on a 4+ anyway. So once their profile begins to degrade they’ll be as bad as an Ork shooting and eventually, they’ll be hitting on a 6+.

Remember you only need to see a tiny piece of an enemy to shoot at it. Keep this in mind when targeting artillery with your high powered weapons. A couple of Lascannon (or similar) shots can severely cripple a piece of artillery forcing its to hit roll to downgrade. Position your high powered, long range, weapons last to ensure maximum visibility into the Astra Militarum ranks.

You may struggle with placing these key pieces of anti-artillery weaponry. The Astra Militarum often have a lot of units and therefore will often finish deploying last. If this is the case then artillery might be the last unit being set up, in which case there is little you can do about your own high powered weapon’s position.

Reduce the effectiveness of weapons like the Earthshaker Cannon and Manticore by giving your units an Invulnerable Save where ever possible. Your light vehicles and elite infantry will thank you for it.

With that, all said I wish you the worst of luck in taking down Astra Militarum Artillery units.

Now, excuse me. I have to pop out now, Gaunt needs to see me for something important…