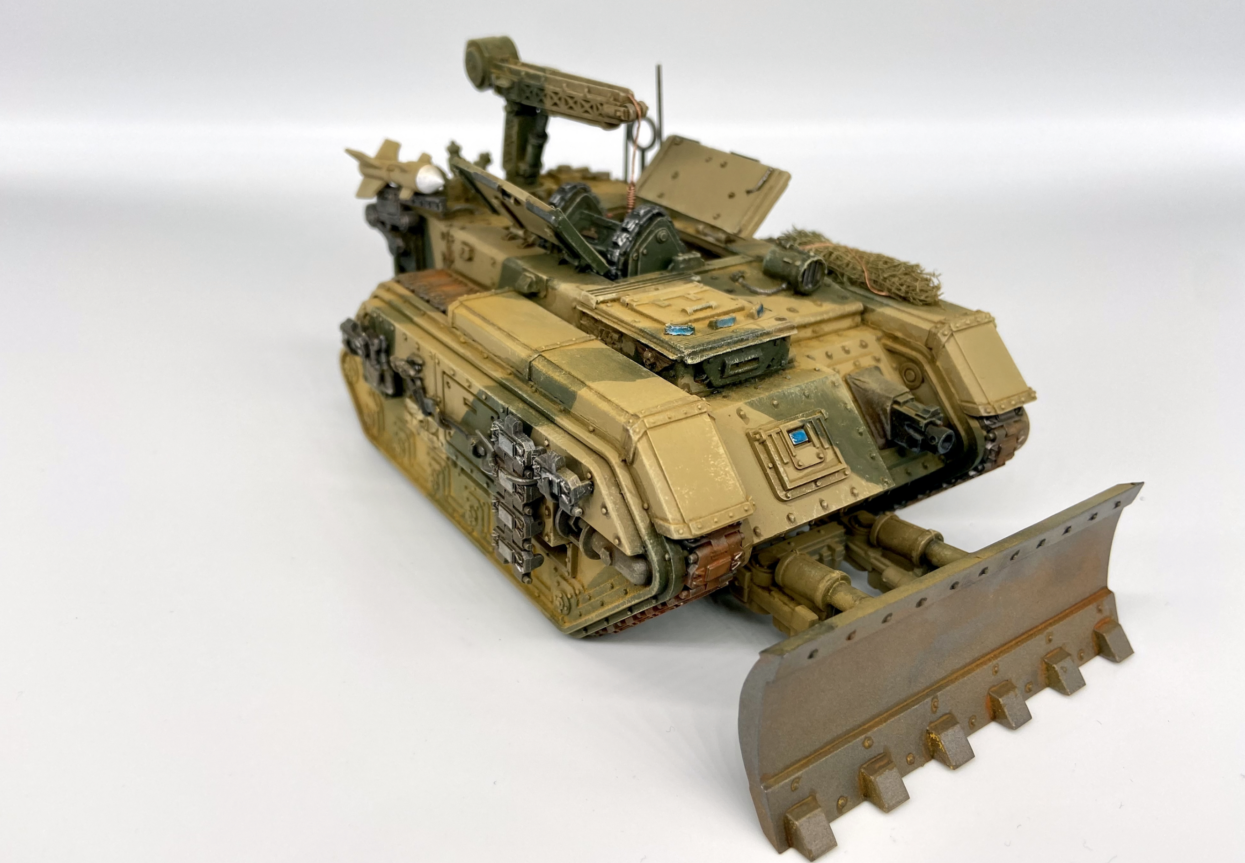 A quick think and look at my Top 5 Astra Militarum to play with...

I was asked in late 2021 to do an article on my top 5 Astra Militarum units to field. And so, here we are!

This is going to be about fun or interesting units I like to field, rather than those that are particularly powerful for the Astra Militarum.

With that in mind, there is a time and a place for some of these options. In some games and scenarios, they’ll just die.

The Cyclops is small, it fits in a Chimera and it explodes. What else is there to say?

I have only used one Cyclops in 9th Edition, but they were a lot of fun in 8th Edition. I should really dig them out again and get them on the battlefield.

I think I’d like to place them into Chimeras and then Full Throttle them with a Tank Order into the enemy lines… and watch the enemy just scatter in a panic! 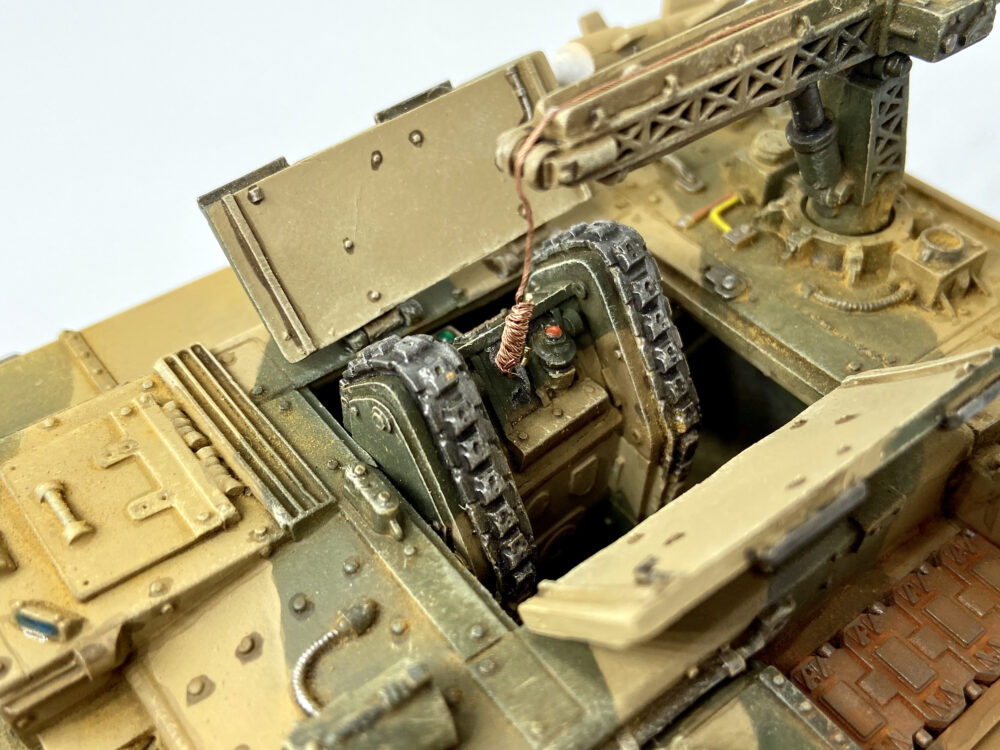 Of course, a Cyclops can go into the Trojan, but the Trojan on its own can make for some interesting moments during games.

Its ability to replenish single-use weapons makes it a great counterpart for Manticores and Deathstrikes. But also Manticores with Full Payload and Hunter Killer Missiles.

I’ve done this before, have a single Trojan just moving back and forth in my backline reloading Manticore Missiles and flat Damage 6 Hunter Killer Missiles.

There are not many situations like this in Warhammer 40,000. But the Guard can do it! 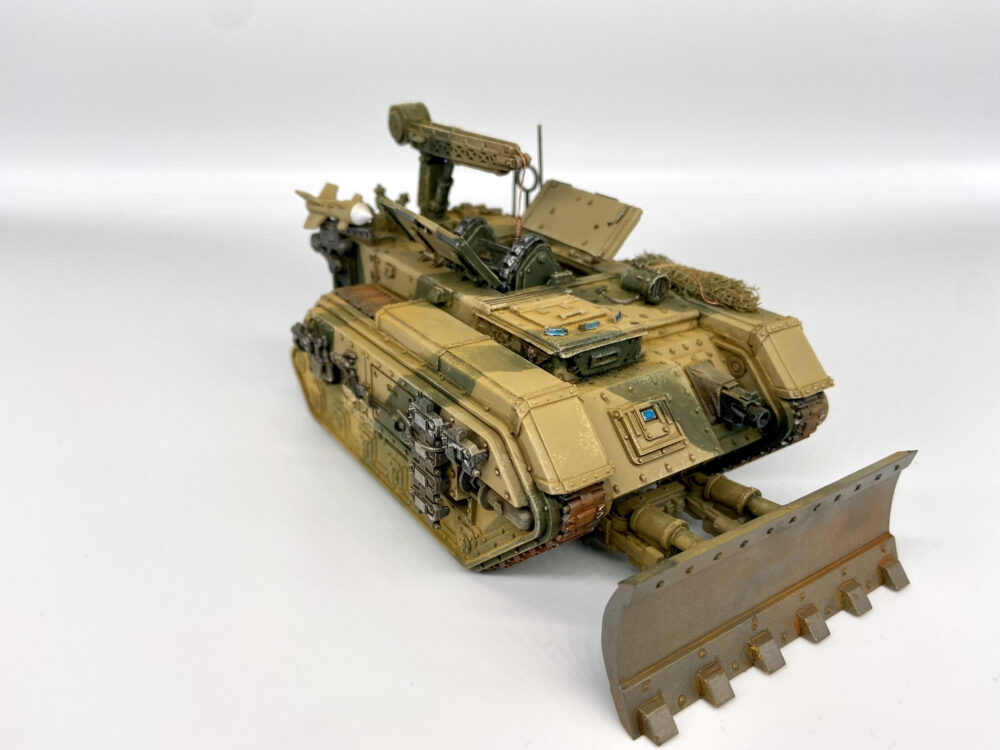 It has been a long time since I used Bullgryns. This is because mine are not painted and since I made the sections a few years ago to only play painted – I can’t play with them.

And I haven’t painted them as I have about 9 of them and that’s a lot of painting to do. I’d like to do them all in one go too. 2022 might be the year though!

Anyway, I like them because they are so not Guard. They are melee, durable and look amazing next to Guardsmen.

The aesthetics of Bullgryns charging up with Guardsmen ahead of a raft of tanks just cannot be beaten. 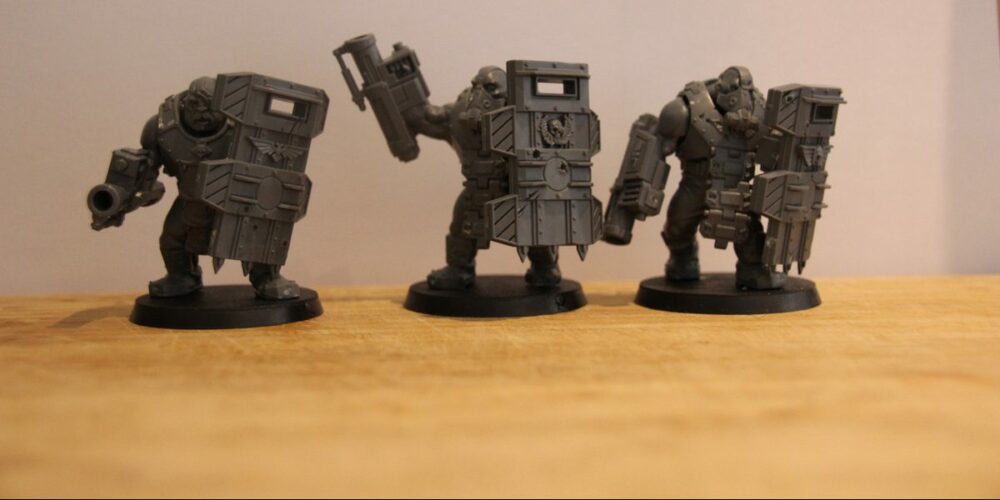 Playing with masses of infantry is appealing in both aesthetics and gameplay. Aesthetics for obvious reasons, having 100 plus Guardsmen on the battlefield will always look impressive.

And in terms of gameplay, this is how the Guard fight on the books, I’ve had games where one squad moves up and is cut down, it’s the. Replaced next turn by another squad using Move Move Move. Repeat.

Doing this for three or four turns results in scores and scores of Guardsmen dying but the enemy gaining no ground. Wonderful.

I just played with 80 bodies, and it was amazing. Must do again! 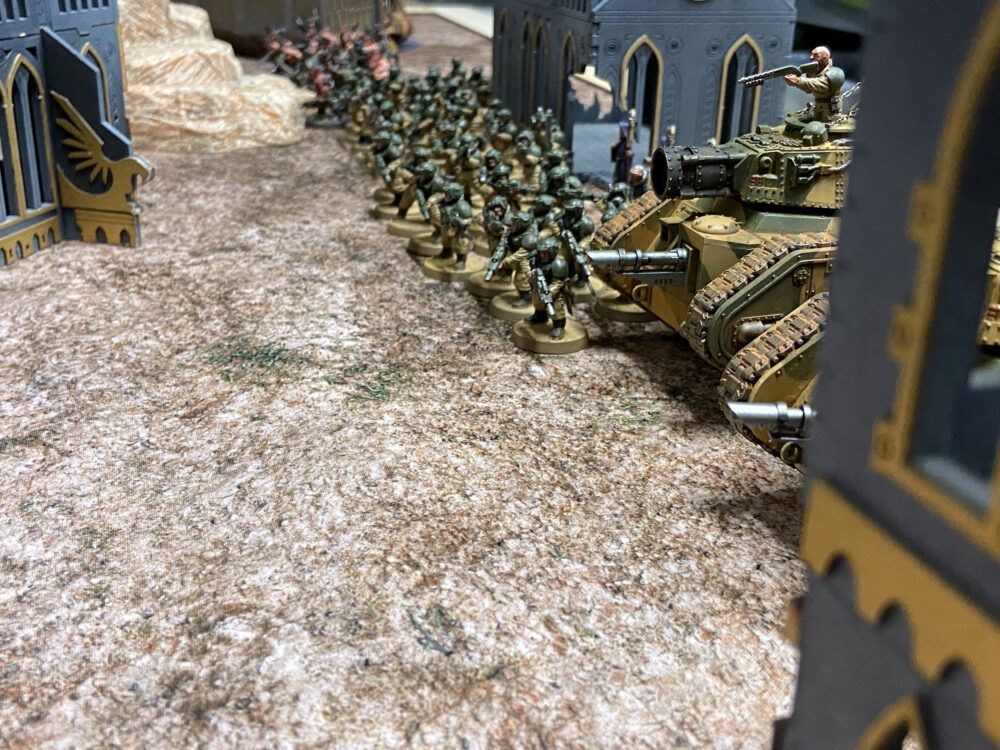 These movers get your Guardsmen where they need to be, then the Guardsmen die. Mission Accomplished.

I have four Chimeras at present, with at least two more for my Cadians coming. Again from an aesthetical point of view, this will look fantastic. 6 Chimeras containing 60 Guardsmen ploughing to the centre of the battlefield! That is a fair number of points, at least 780. So the rest of the force is going to have to really pack a punch.

I need to get more Cadian Guardsmen painted along with these Chimeras and then I think my games will start to take on a new style of play. All mechanised infantry in 2,000 points will need about 15 Infantry Squads and 15 Chimeras… 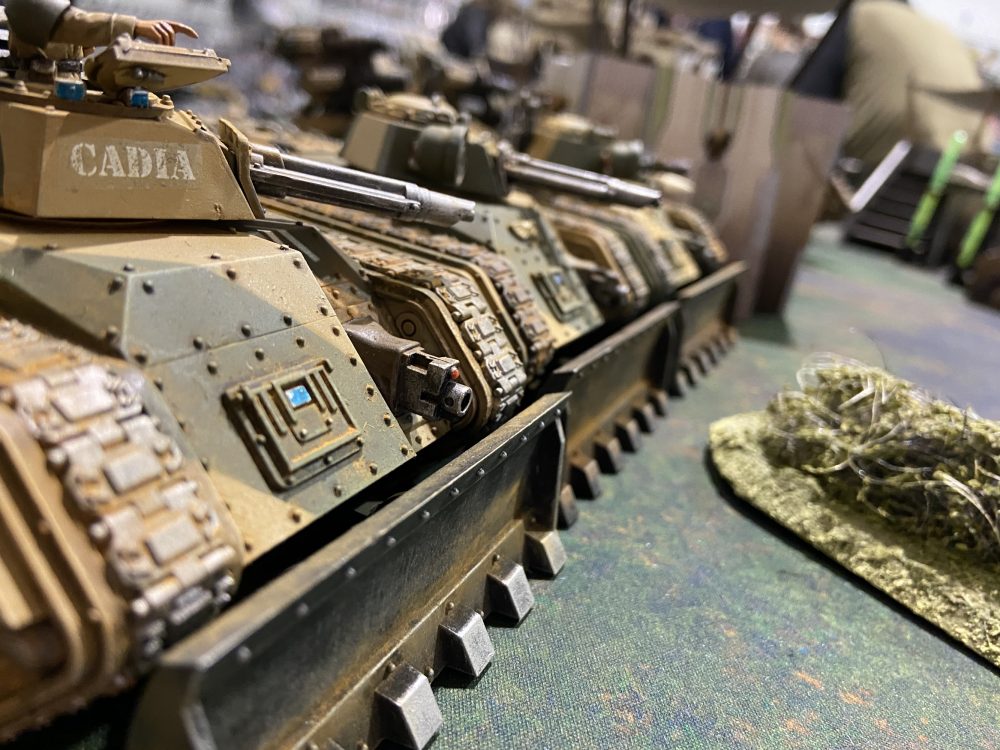