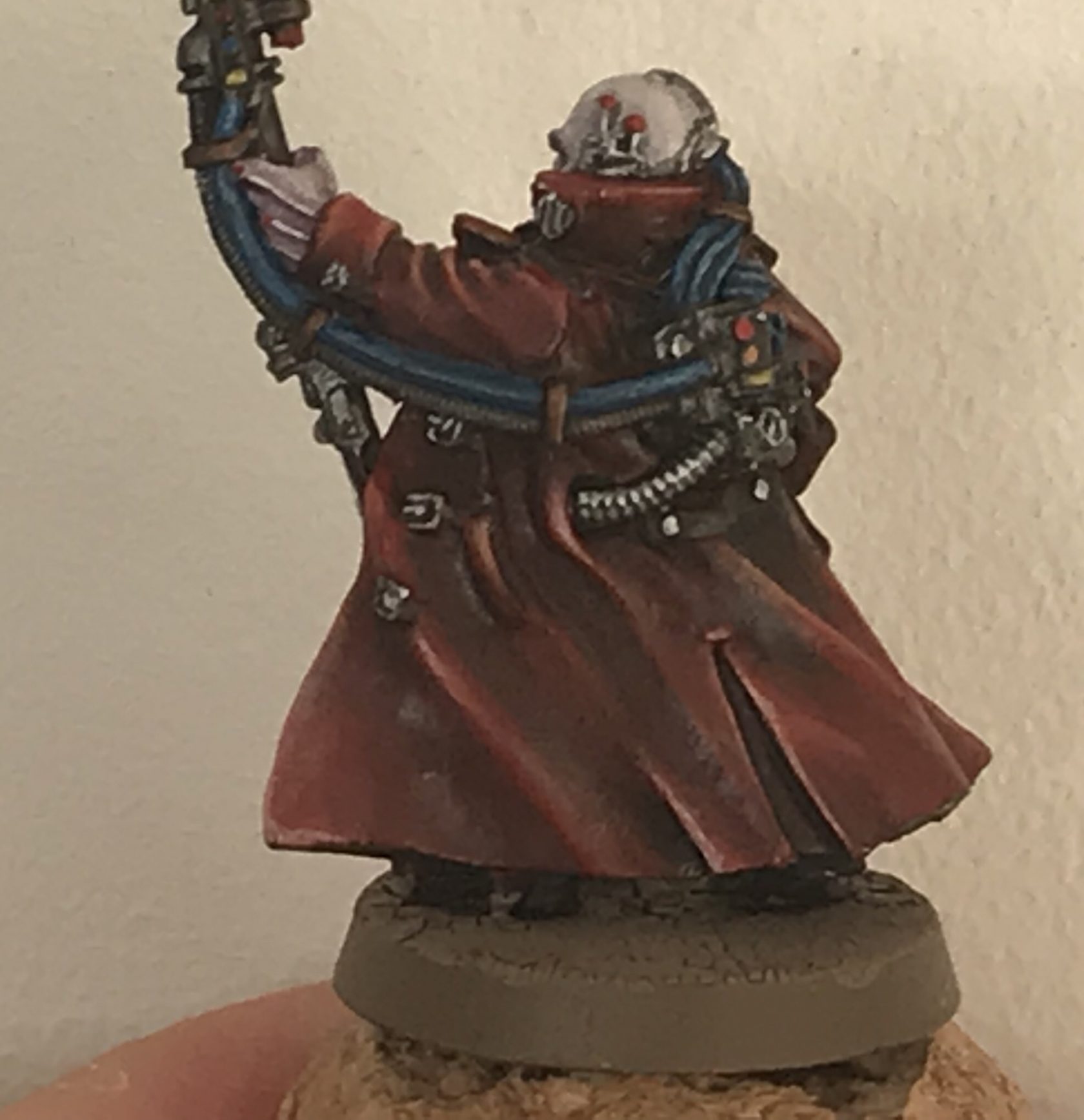 A quick look at all the psykers the Astra Militarum can take...

I’m continuing with this series today and taking a look at the three types of Psyker you can bring in your Astra Militarum lists.

You can, of course, pull other Psykers from other forces into your Astra Militarum list. But I wanted to just focus on the main three for this article.

If we go down the route of Space Marine Psykers, Inquisition Psykers, etc we will never finish!

So we will look at Astra Militarum Psykers only;

All of these are Psykers but they are all slightly different. Each with its own weaknesses and strengths. Let us take a look at each.

I have recently been painting one of my Primaris Psykers using Wet Blending. Or at least trying to. He is now done – he is called Psymon – get it?! 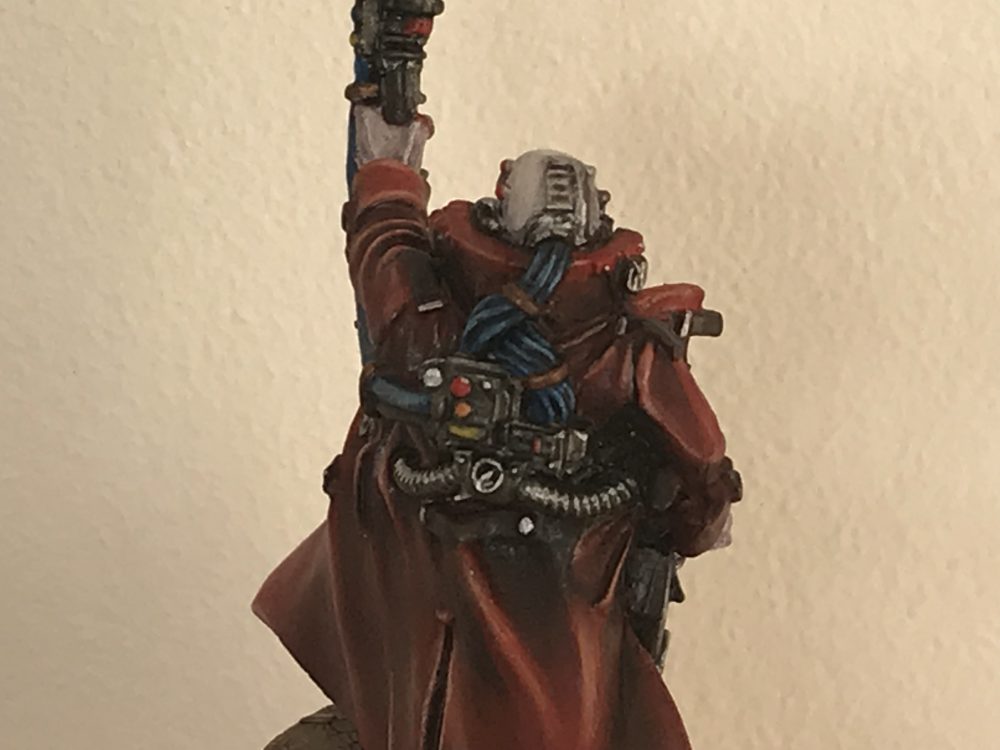 The Astropath is cheap at 26 points and can cast one power and deny one power.

However, he can’t use Smite to its maximum effect. When trying to use Smite you roll one D6 and one 2D6. This means you’ll only be successful 33% of the time and you can never cause D6 Mortal Wounds with Smite. I expect this is to stop you spamming Astropaths for cheap Smites.

So I’d suggest using the normal powers with an Astropath. Psychic Maelstrom can be a decent power at dishing out Mortal Wounds and doesn’t have the negative modifier as Smite does.

The Astropath can also remove Cover from an enemy unit within 18″ of himself. Providing you target said enemy unit with a friendly unit within 6″ of the Astropath. This can be particularly useful when targeting units that are always in cover or gain extra benefits from cover. Such as Tau Stealth Suits.

He’s also a cheap Elite choice for filling out a Brigade.

I own 15 of these guys. I haven’t used them once in 8th Edition though. This is mainly because they are pretty rubbish.

6 will cost you 42 points. And with those 6 you can’t get D6 Mortal Wounds from Smite – like the Astropaths. And you have a 50% chance of getting Smite off for D3 Mortal Wounds. Which is worse than with a Primaris Psyker but better than an Astropath.

The Wyrdvane Psykers have multiple models you can spread them out a bit to give you a better view of enemy targets. But it’s a minor boon.

They’re also a cheap Elite choice for filling out a Brigade.

The Primaris Psyker comes with no special rules that positively or negatively affect his ability to be a Psyker.

He knows two powers and can cast one. He can also Deny the Witch once.

This is the best choice for a Psyker for the Astra Militarum. He is a solid choice and you can get three of them into your force for under 150 points.

They are an HQ choice too. So if you’re wanting to, say run a Spearhead Detachment of Catachan alongside your Cadians, then he can be your HQ choice for that Spearhead if you don’t want a Catachan Tank Commander, for example.

Check out this Psyker alternative by Cadian Sergeant Steel from artelw.com. 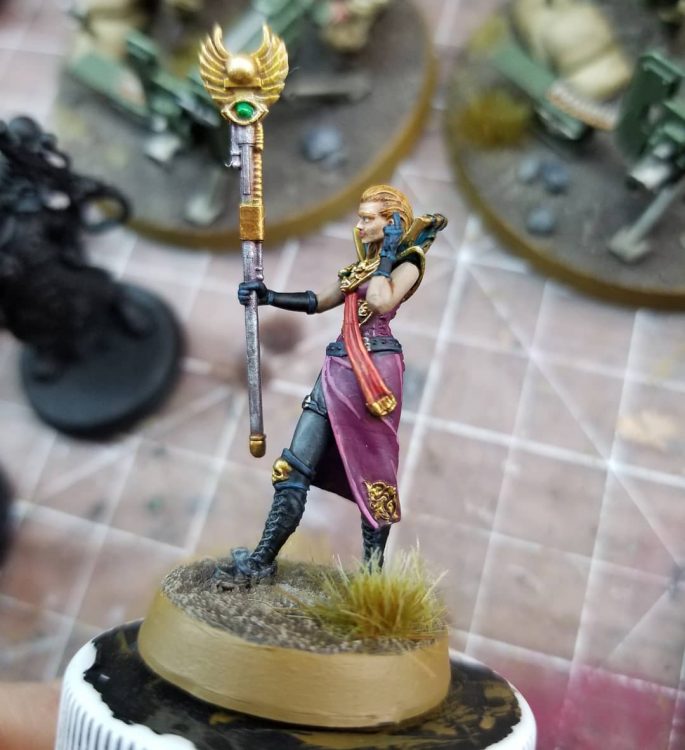 If you can get them in without being hit on Overwatch, by charging in Guardsmen first, then, by all means, do so. Of course, they may get hit back and smashed themselves – but it’s certainly worth remembering when you really need that enemy character or vehicle dead.

But because the Astra Militarum has access to Psychic Powers from three different units – we could take in Matched Play the following;

It’ll set you back 390-ish points though!

That’s a lot of Psychic Powers and Smites to cast. Smites do get harder to cast though. And because of Psychic Focus, you can’t successfully cast the same power more than once. So you are limited in what you can do with so many Psykers.

It does mean though that you are just about guaranteed to get a successful roll for all those powers you want to cast.

This is no tournament winning strategy. But hey, it’ll be fun for a while!