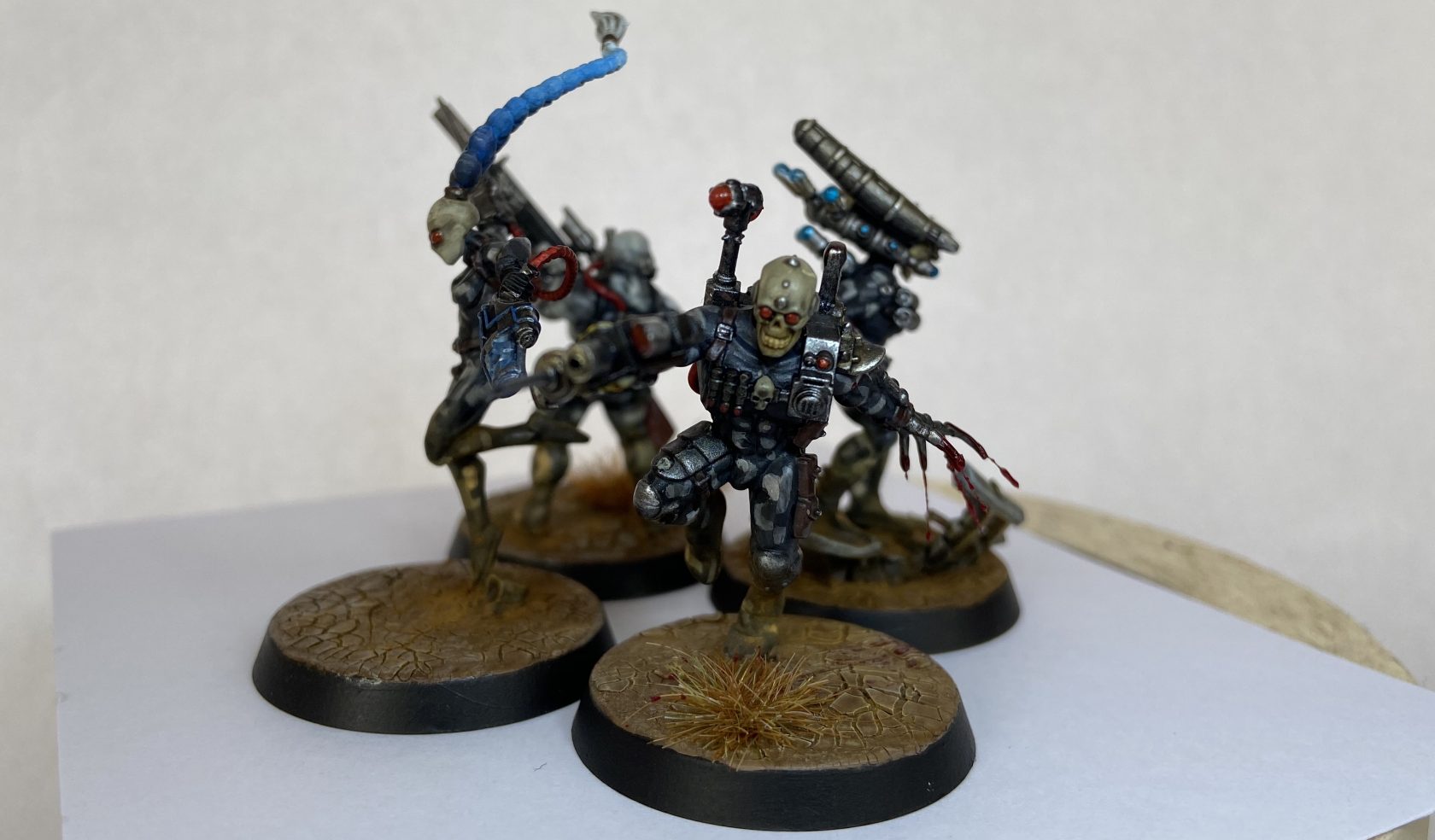 I now have all four assassins painted and good to go! Execution Force ready!

Back in May I finished Nemesis in the Horus Heresy series on Audible, it follows an Execution Force of Assassins and I really enjoyed it. I’d highly recommend Audible for books and especially the Horus Heresy. 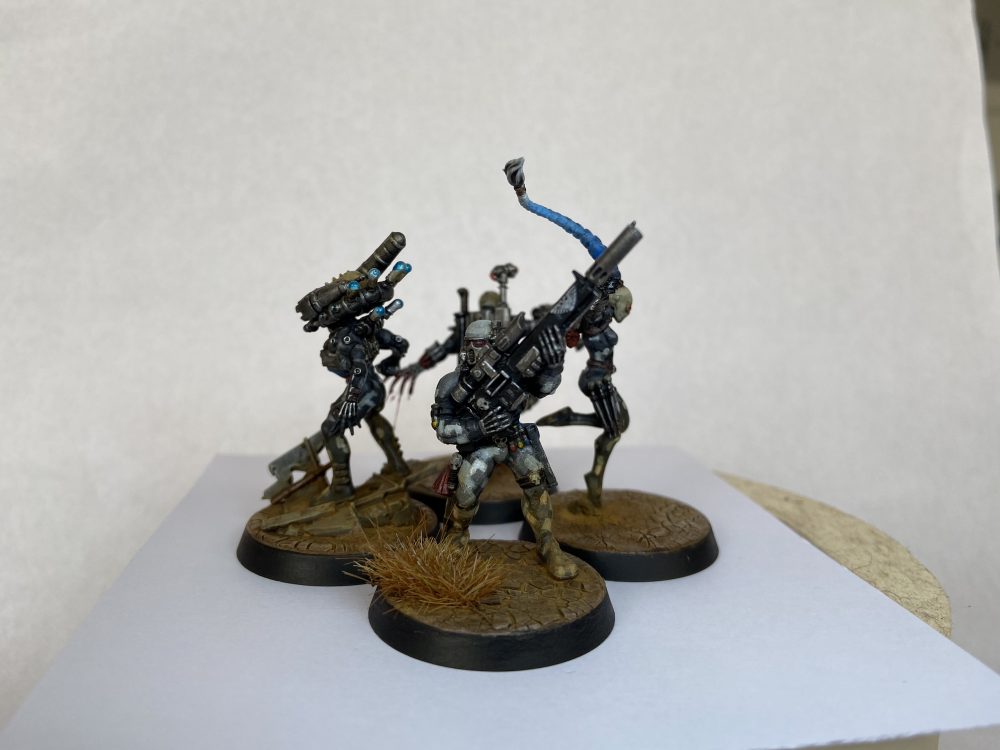 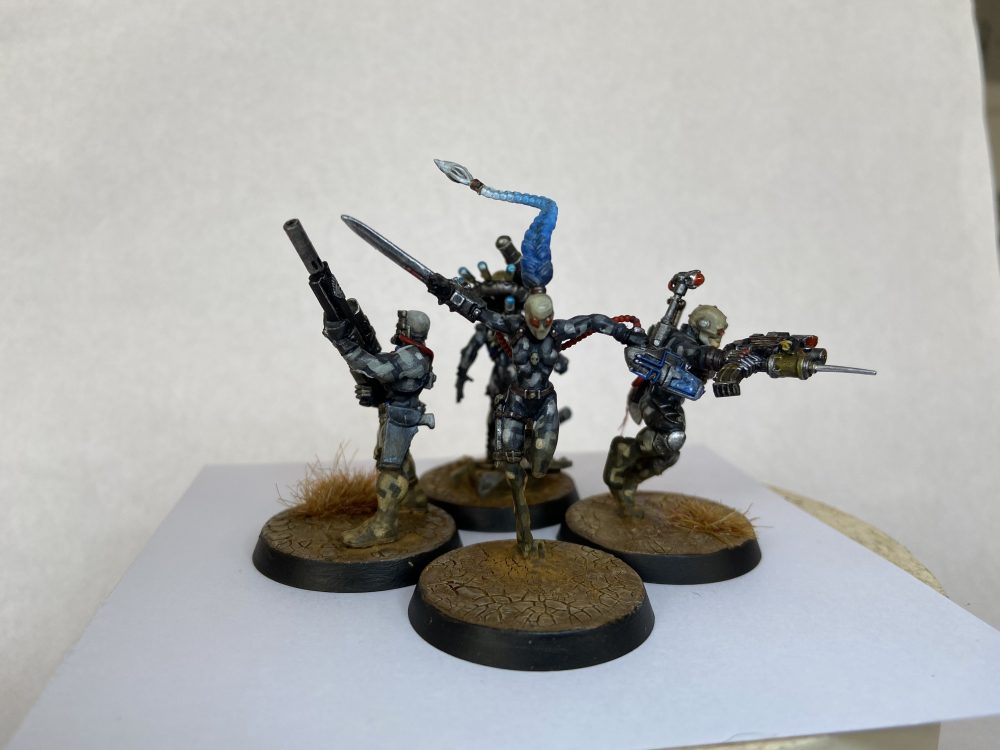 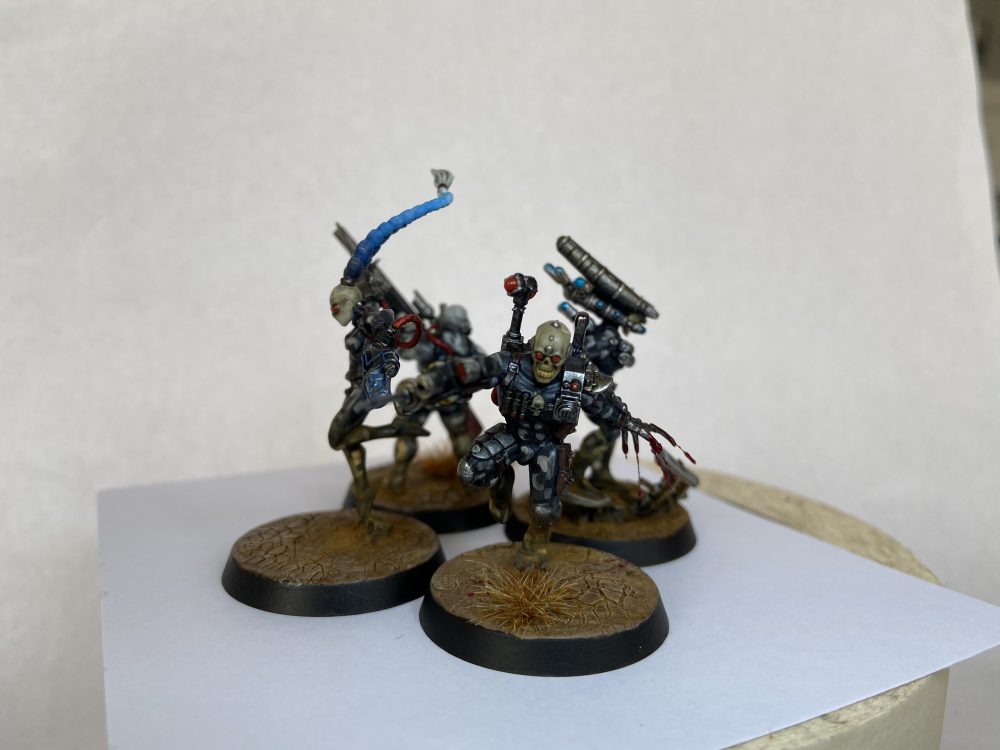 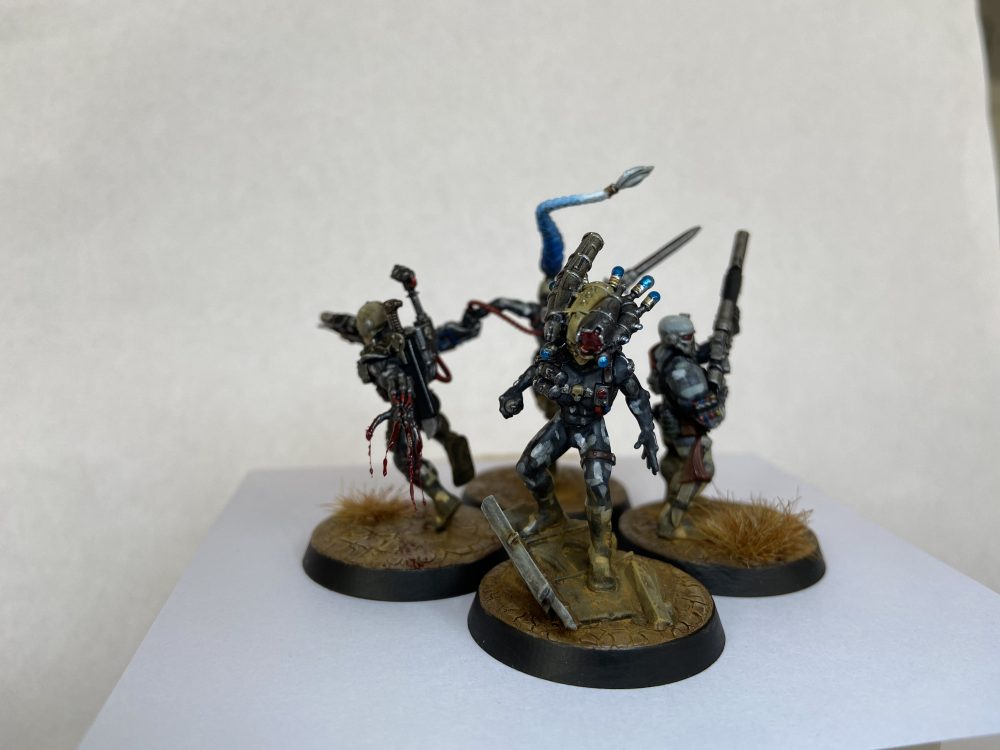 I don’t find the time to read at the moment but I can sit and listen to Audible while walking the dog, doing the dishes, driving, doing the more mindless tasks at work, waiting in a social distancing queue at the supermarket and in bed before sleep. They’re also really well narrated which helps.

Anyway, in Nemesis, there is an Execution Force made up of a few assassins – some of which are not playable – but of course, there are the famous four;

The Vindicare I’ve had painted for five years now. The other three I’ve owned for a few years too, but they’ve never been painted. Listening to Nemesis has spurred my interest on for them. Who knows what they will be like in 9th Edition Warhammer 40K though.

The Vindicare I did in a grey and black digital style camo, the first and only time I’ve done this. I was never keen on the base of the Vindicare so I rebased him, to match the other three I just completed.

For the first time, I used pigments on a model’s feet to blend them into the terrain on their base. And I think it worked pretty well, so much so I took photos of all their feet. 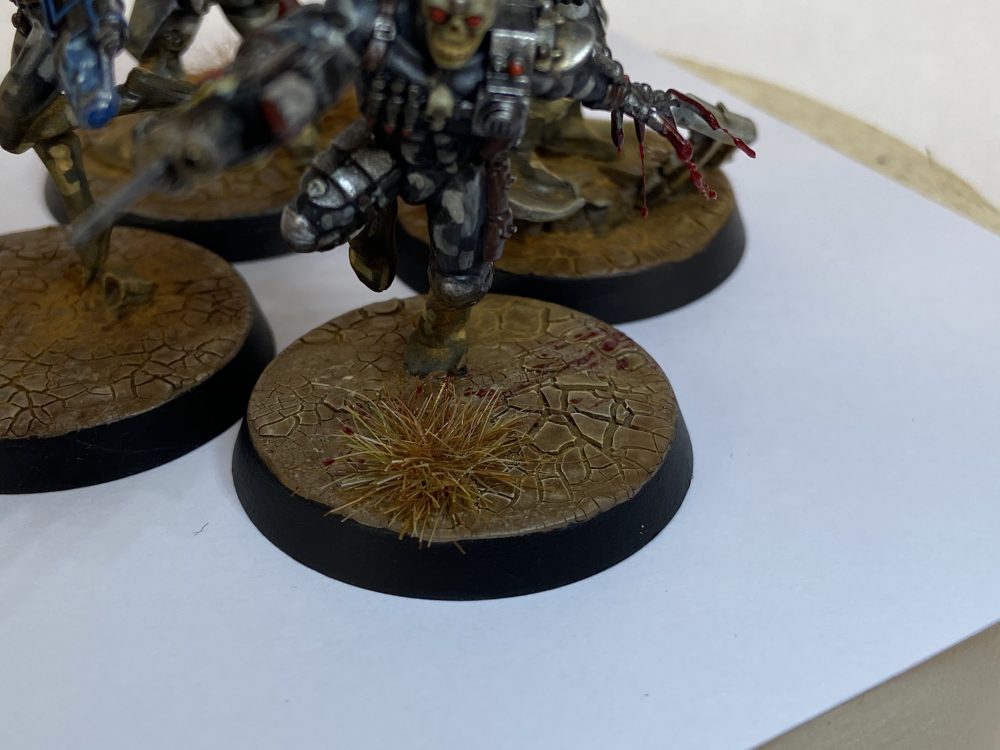 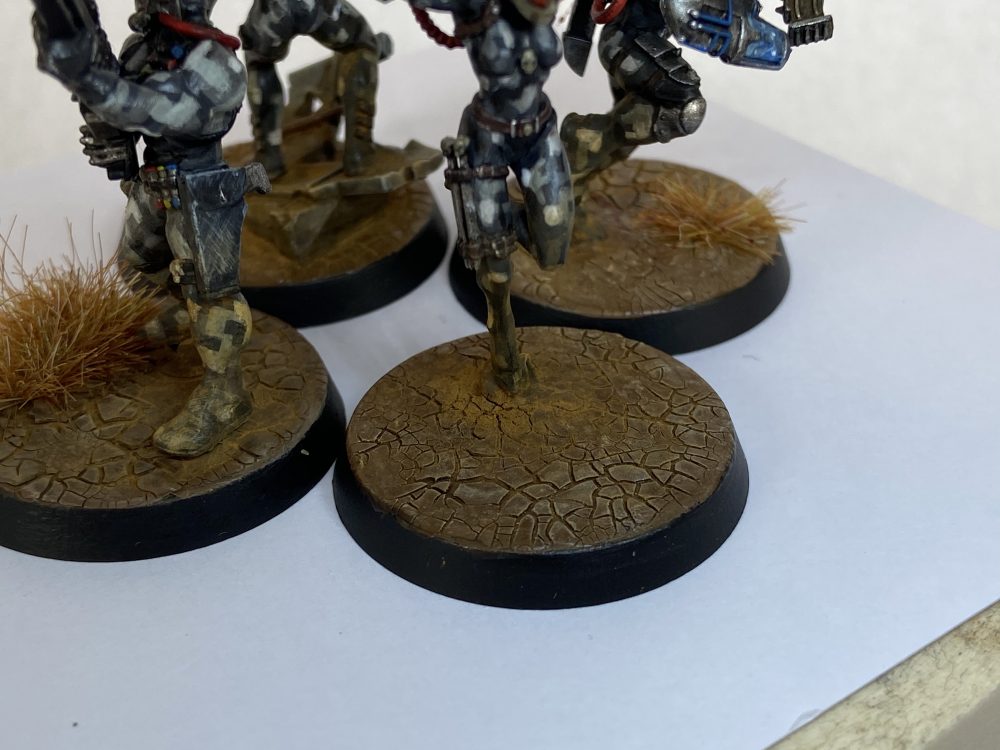 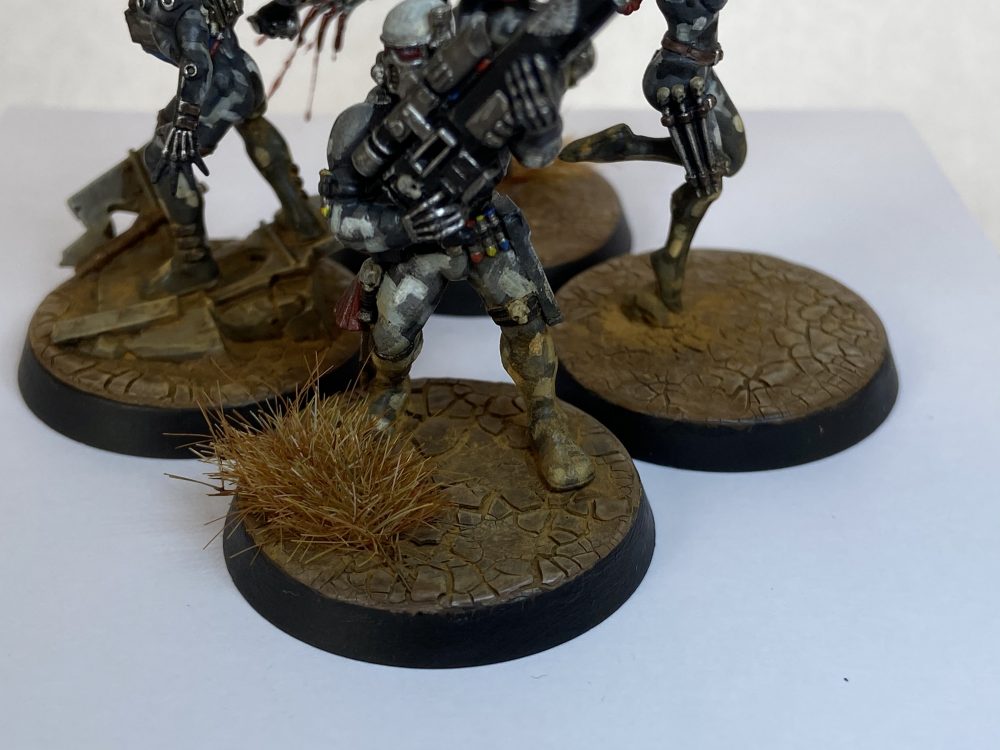 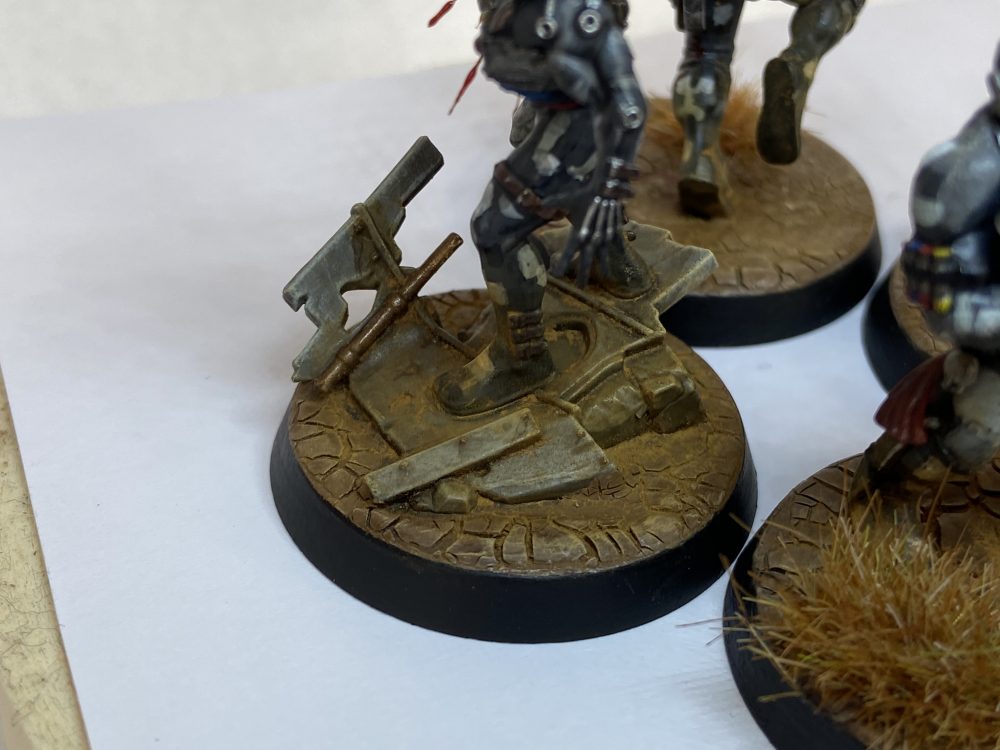 So, the digital camo used on my Execution Force is hard going. There is a lot of little blocks to do and it takes ages – well it took me ages. Some key points to consider if you do something similar; 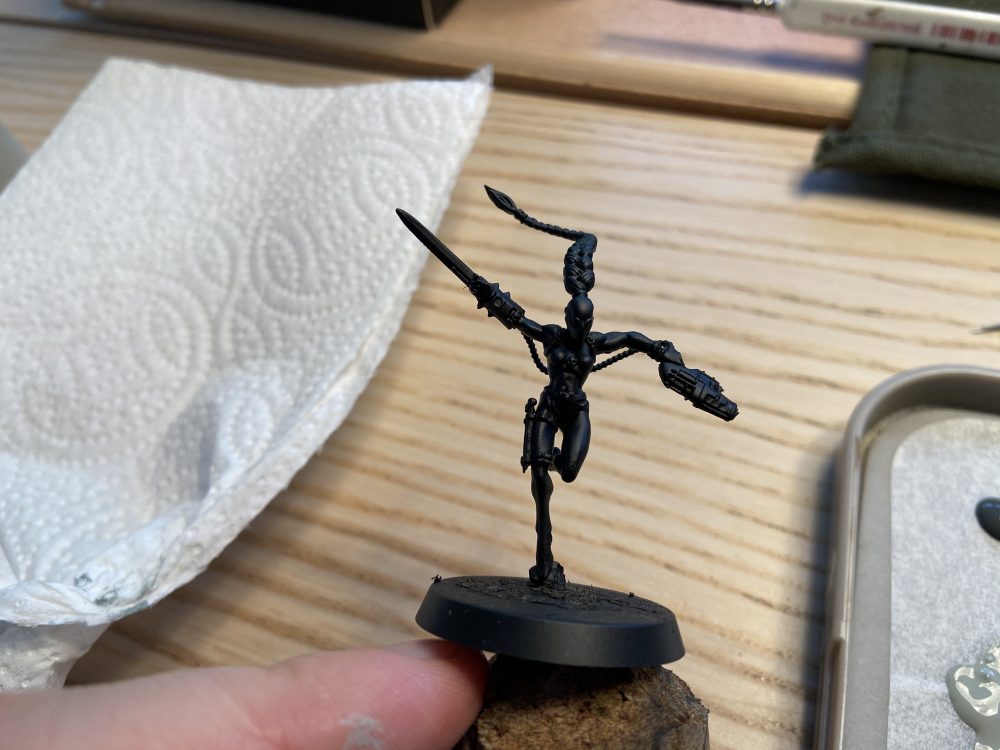 Start black, this was a bad idea. Starting grey would have been better 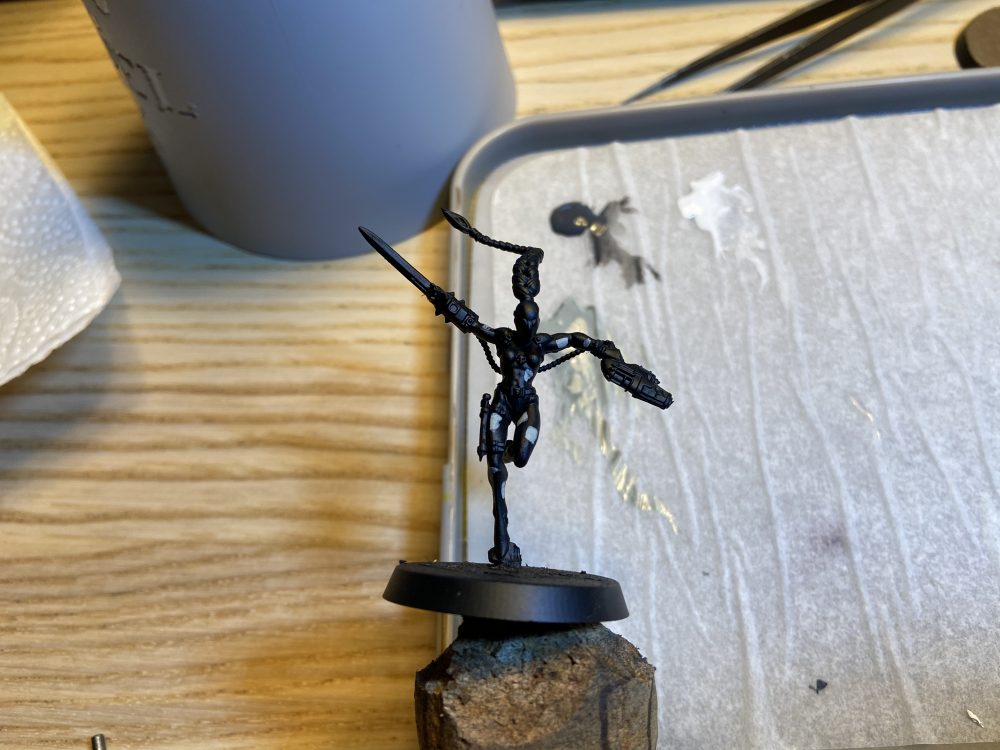 Building up the blocks of grey 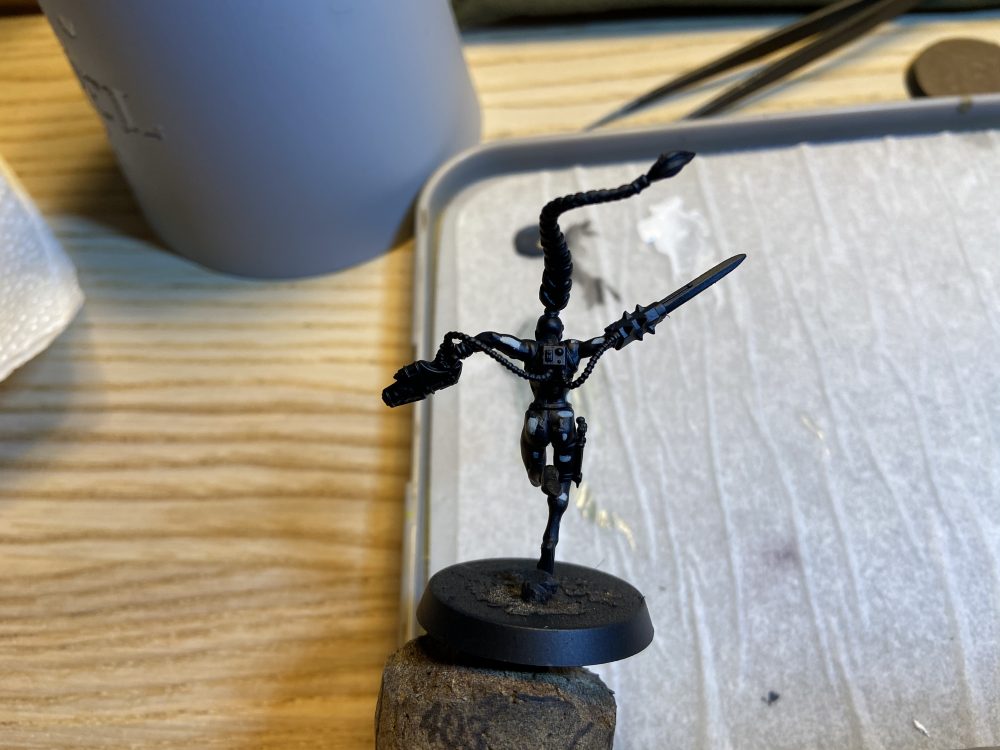 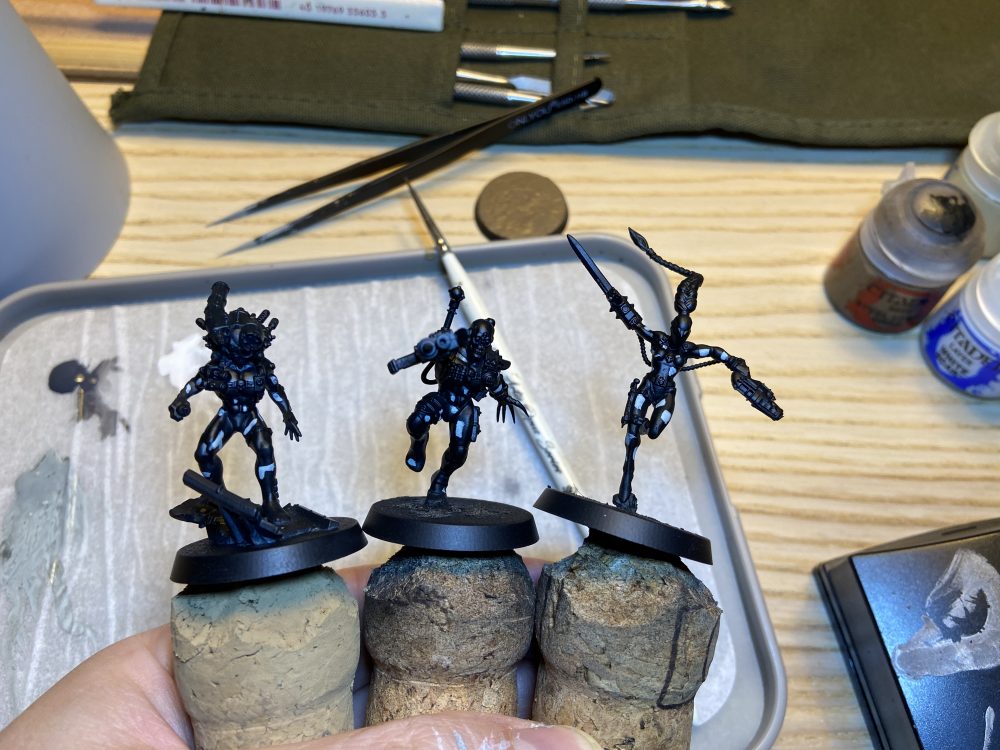 All three gradually coming along 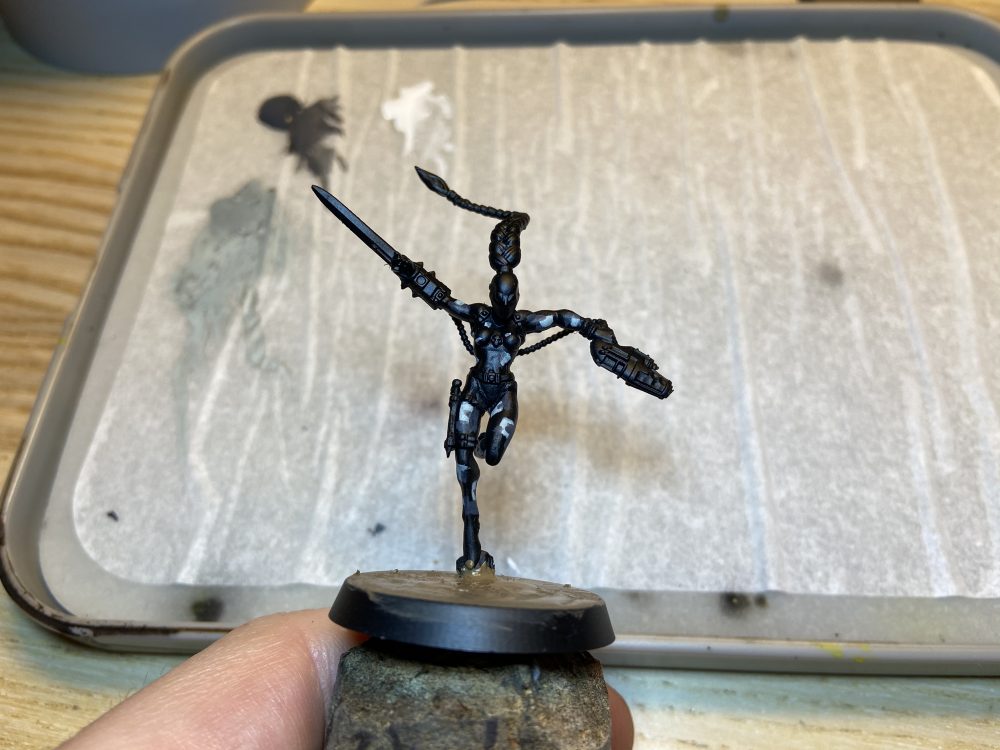 It is slow going 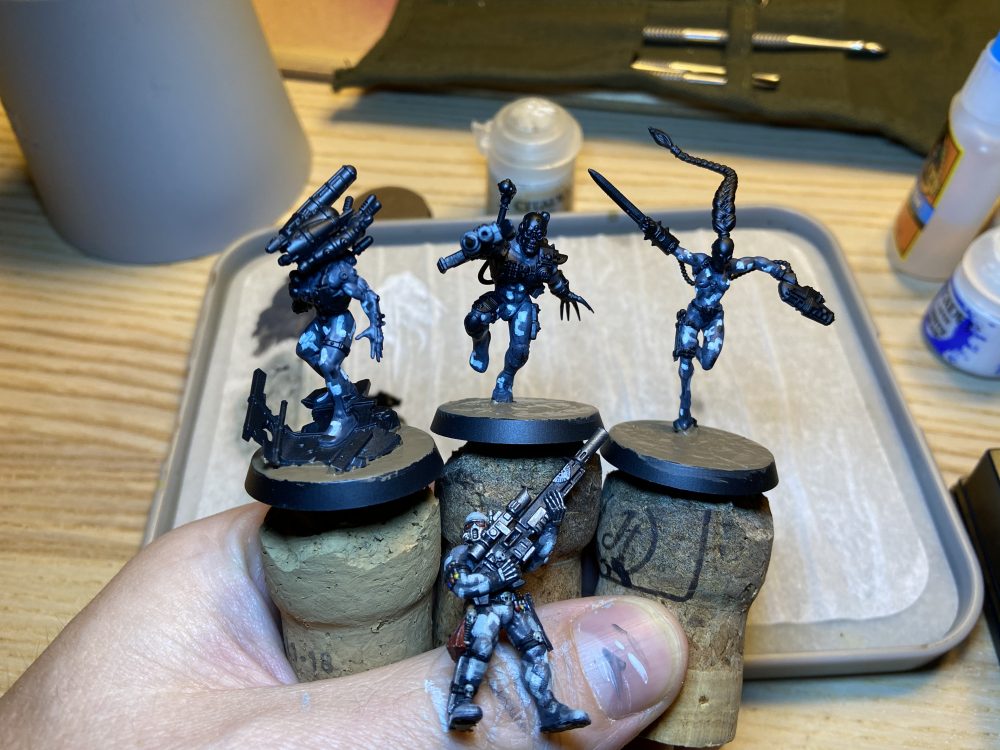 Things are starting to look something like they should do 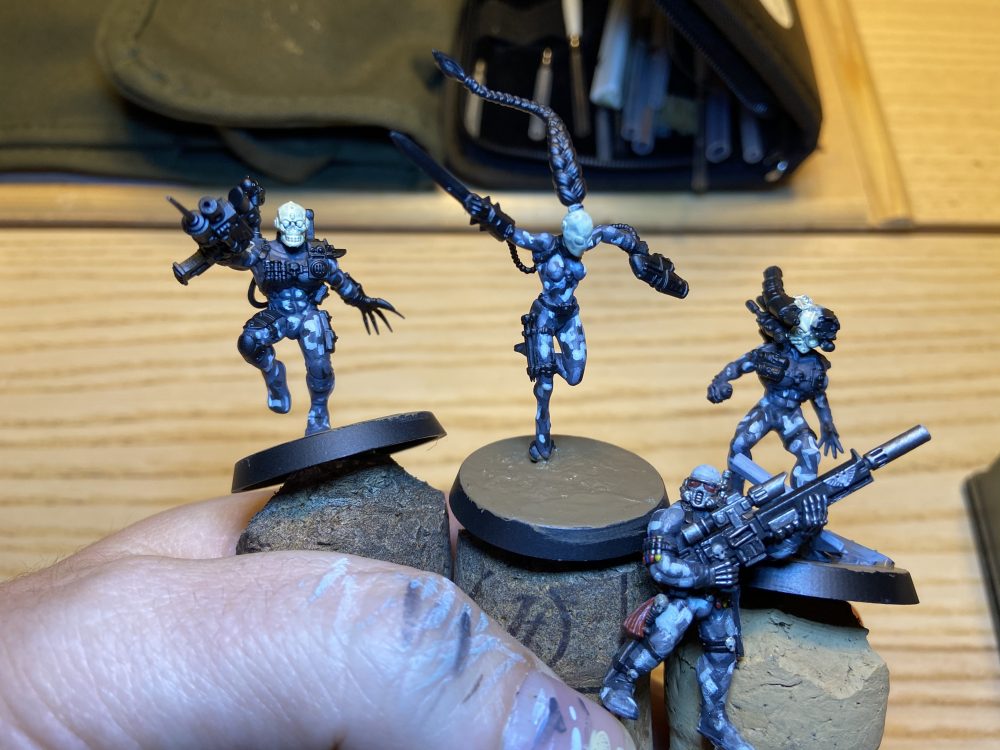 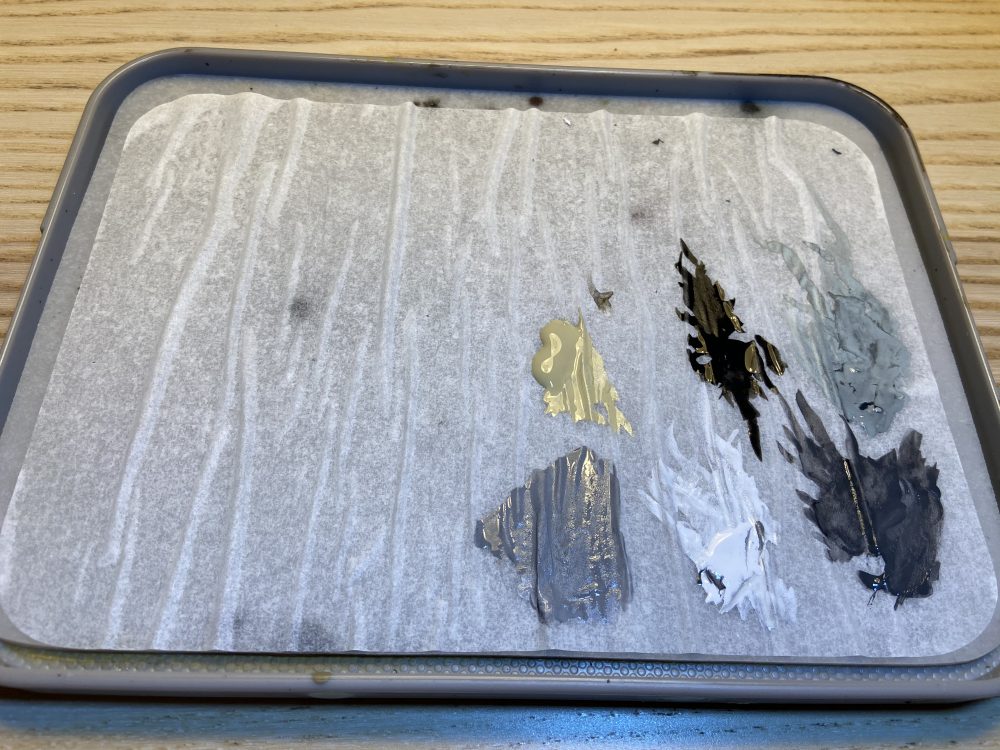 The Eversor’s bloody hand I am particularly pleased with. I used my own hair! As documented here – Blood drips with hair. It is sort of gross, but also I had nothing else to hand to try this out when the moment took me. This dude has to be my favourite of the four – I cannot wait to try him out on the battlefield. 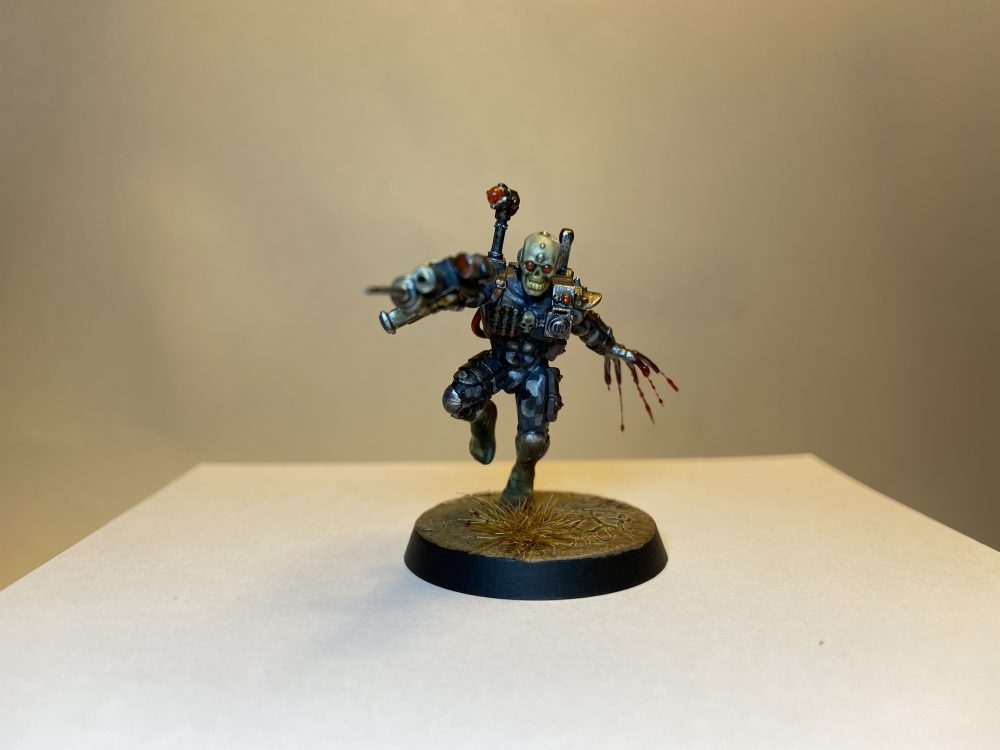