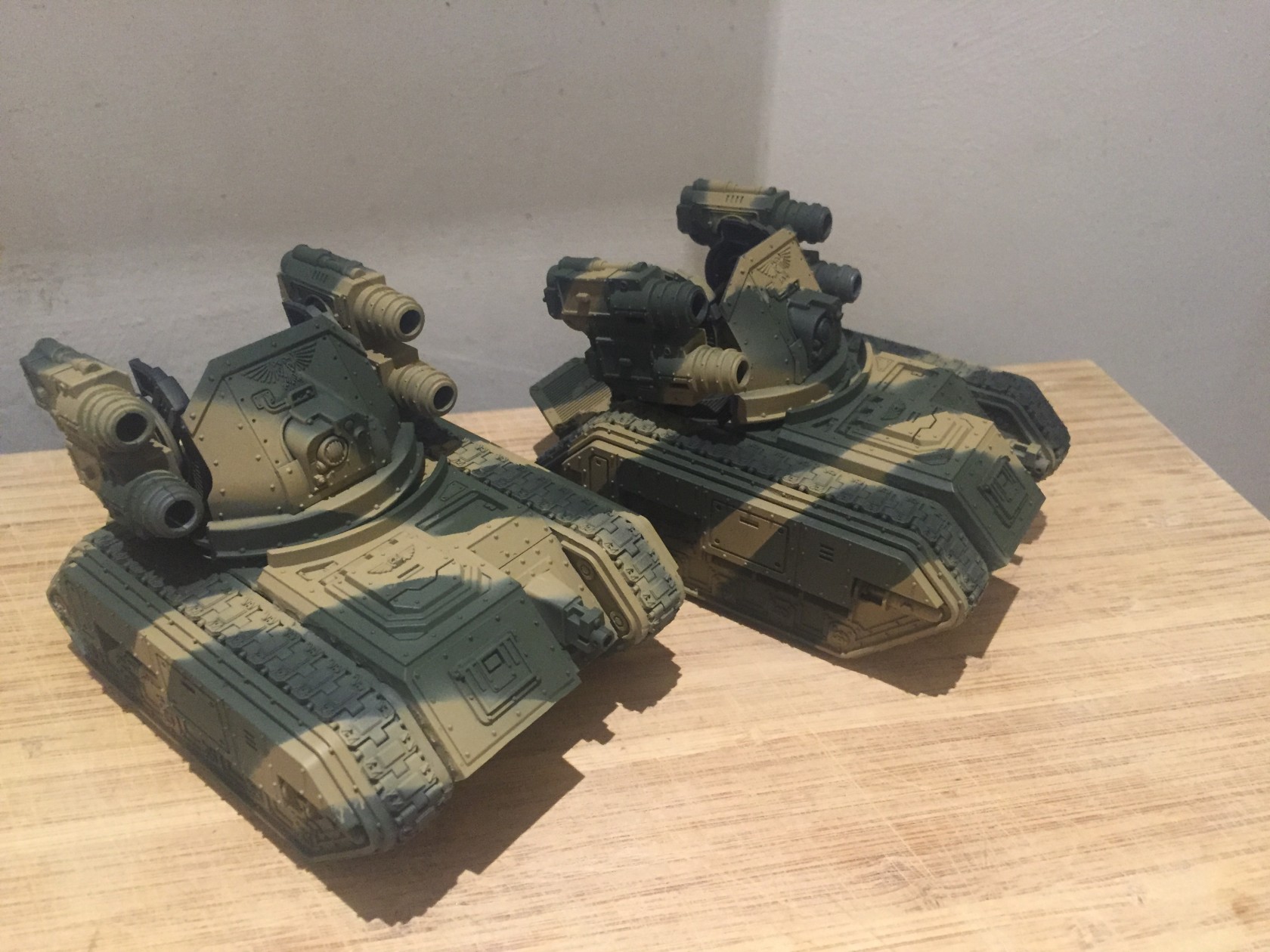 I got a little airbrush priming done this weekend on my two Wyverns. I am happy with this initial priming with black, then Castellan Green and finally Zandri Dust. The Wyvern is a staple of mine, a must take so getting some paint on them feels pretty good! They join the columns of other half done vehicles.

The Wyvern, Twin Linked – Who Knew!?

I also learnt that Wyverns do have two Twin Linked Stormshard Mortars thanks to @PVasiljevic and @ResinJunkie. I remember when they were first released that people were moaning about the time they would take to shoot with all the re-rolling. I dismissed it before now because the Wargear entry in the rules section doesn’t say Twin Linked nor does the back page rule entry for the Stormshard Mortar. 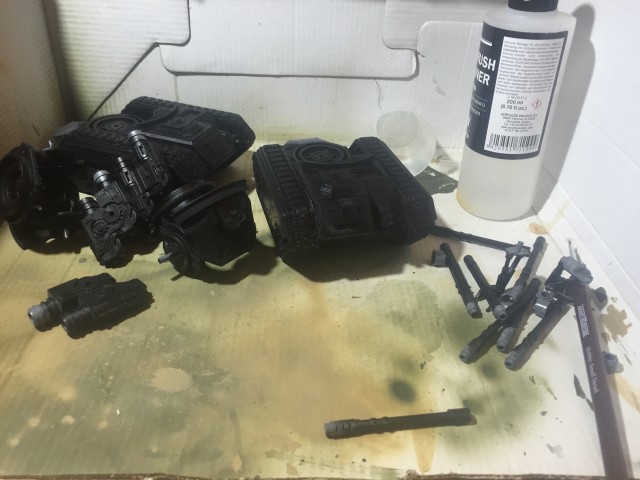 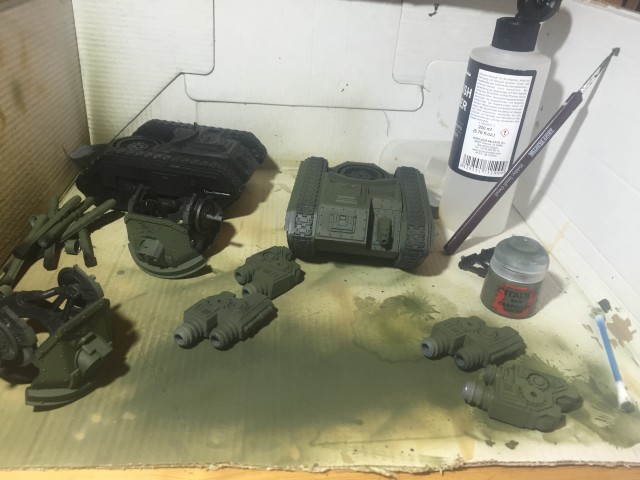 During my last game they nearly wiped out nine Pathfinders in one go, and probably would have if I had Twin Linked them! Now the real question is – should I get more? How many more to get? How many friends will I lose?

I haven’t glued on any ends to the Wyverns so they can be Hydras or Wyverns fairly easily., so getting more might be handy for a Wyvern and Hydra mix – especially with the new Mont’Ka artillery formation.

Thats all folks. Wyvern Weekend is over. Bring on Christmas! 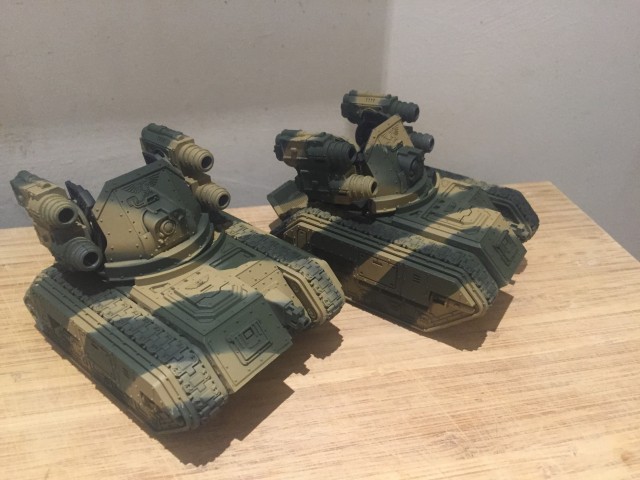 All done for the evening