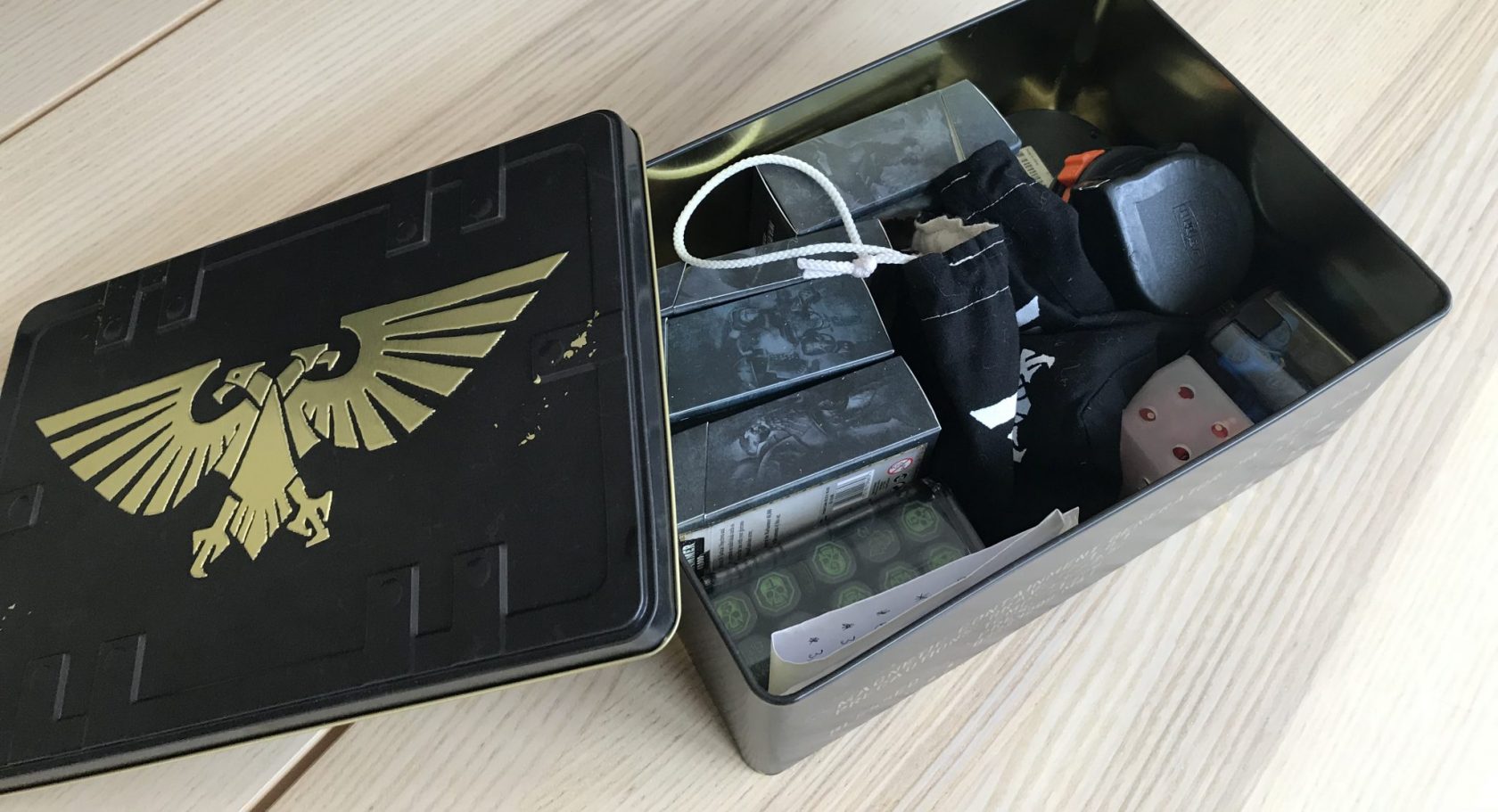 This was going to be a review of the Embossed Plasma Ammo Tin, which it is, but I realised that this actually makes a great Warhammer 40K Christmas gift. And so does a lot of other stuff from Half Moon Bay – who produce Warhammer 40K merchandise for Games Workshop.

Half Moon Bay are U.K. based by there are alternatives in the USA – and I dare say elsewhere in the world too on Amazon. There are plenty on eBay too which will ship internationally. 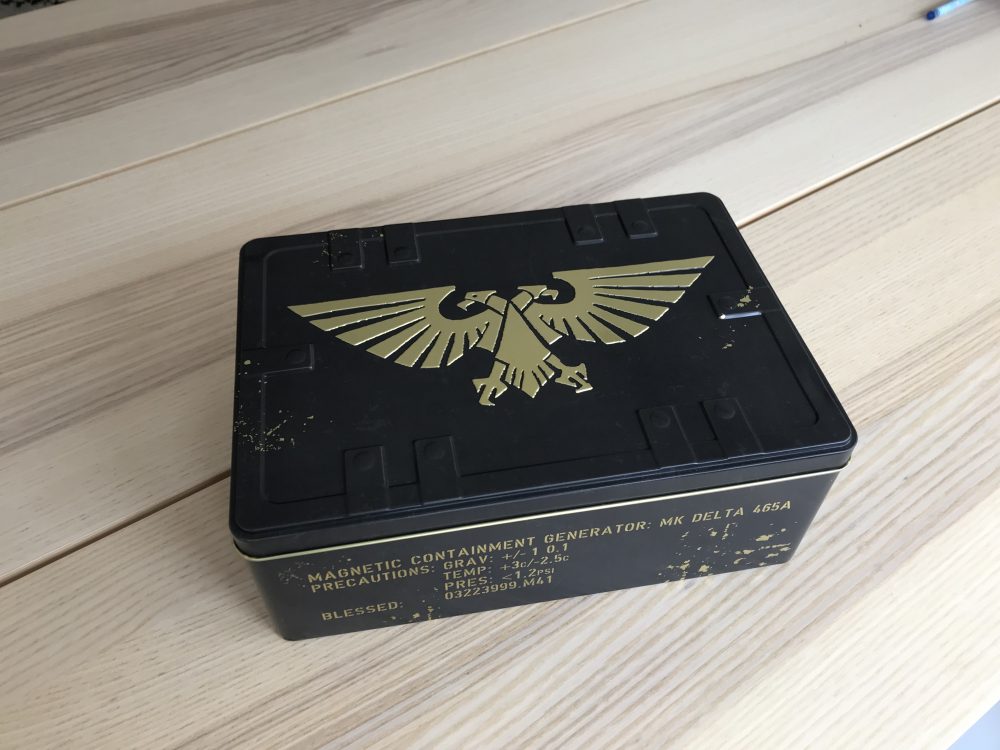 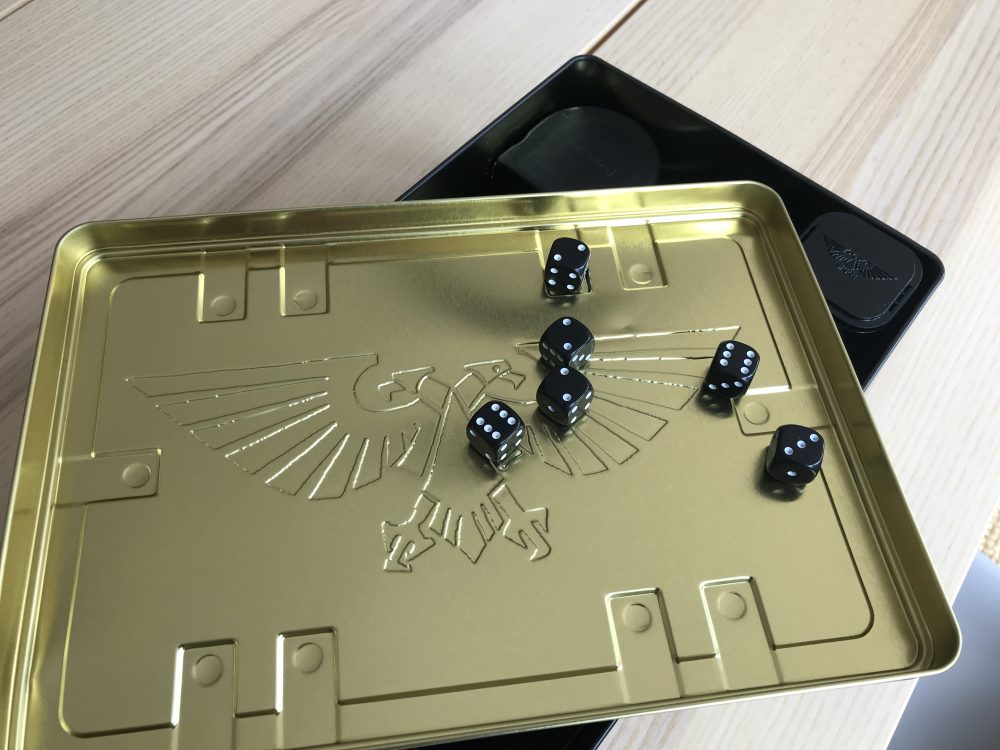 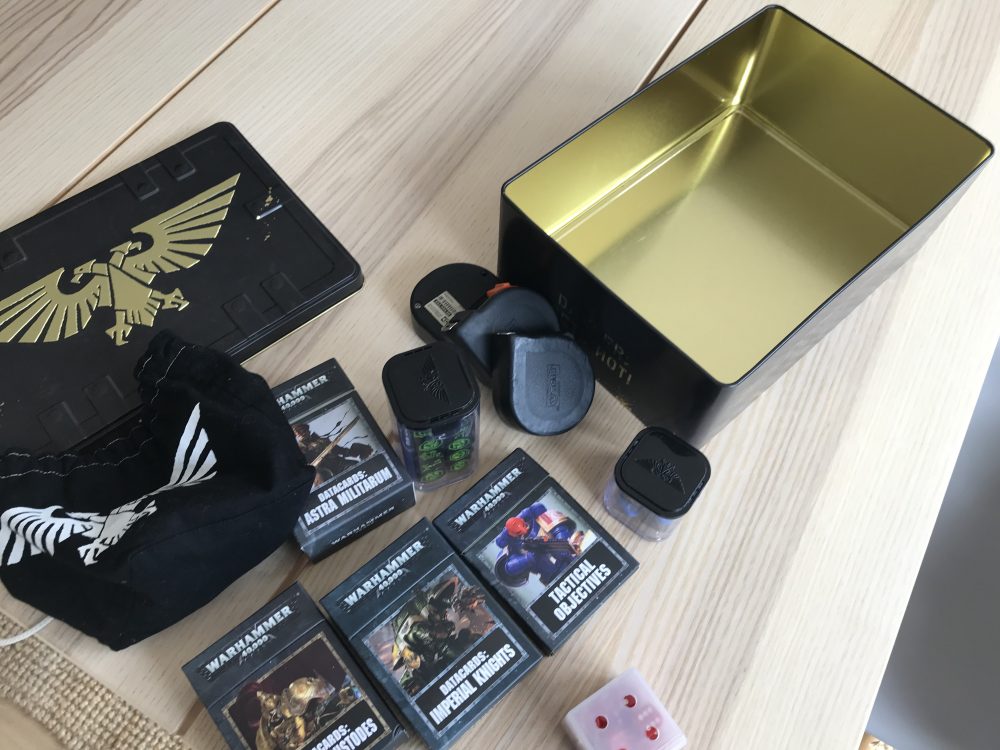 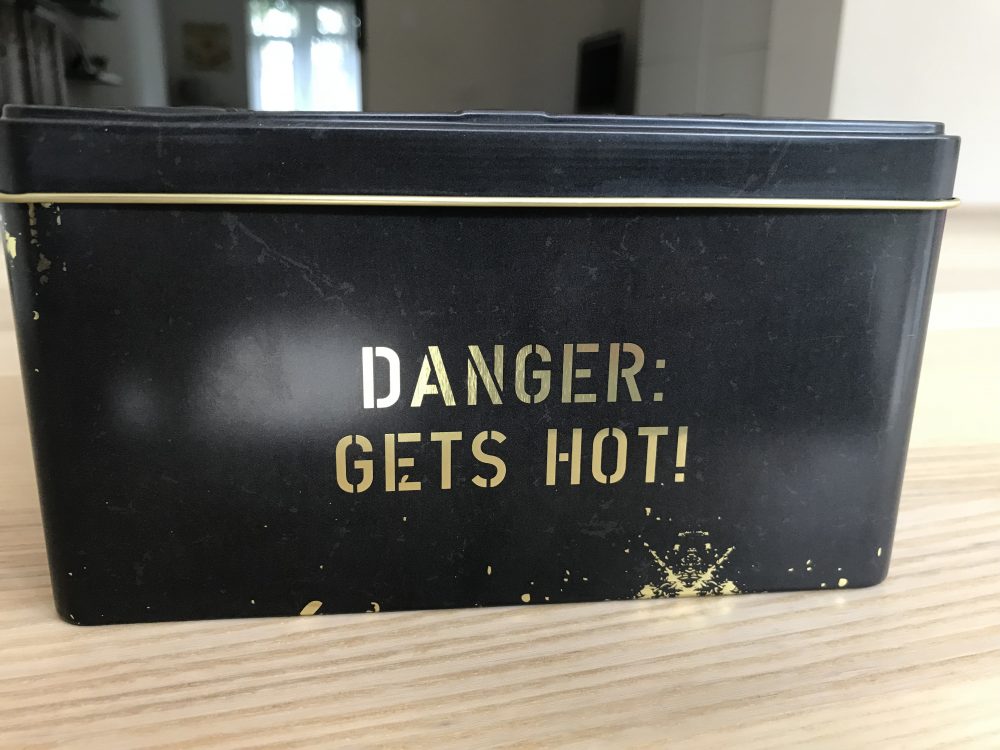 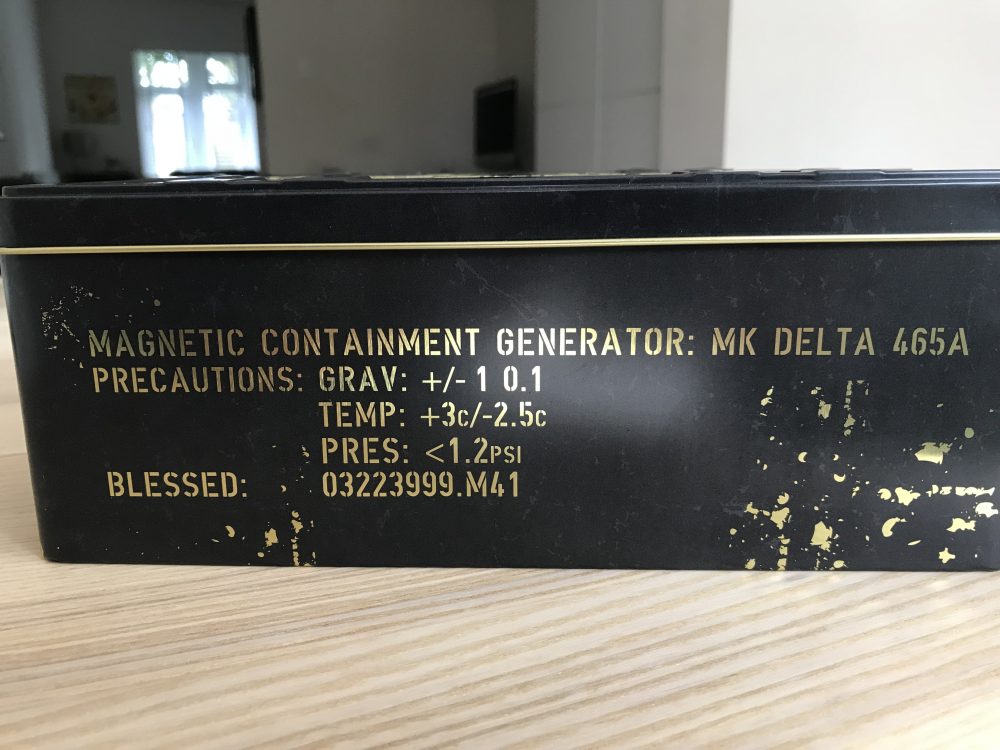 The Embossed Tin came well packaged and quickly. It’s actually bigger than I expected and can fit in a lot of 40K hobby essentials.

In mine I keep;

I still have enough room for all that again I expect. It’s not big enough for a Codex. It’s well made but is made of tin, it’s not going to stop a Bolter round but it’s perfect for the intended use.

The lid makes a handy dice try too! Even if a little noisy. I’ve used it during my last Death Guard game. 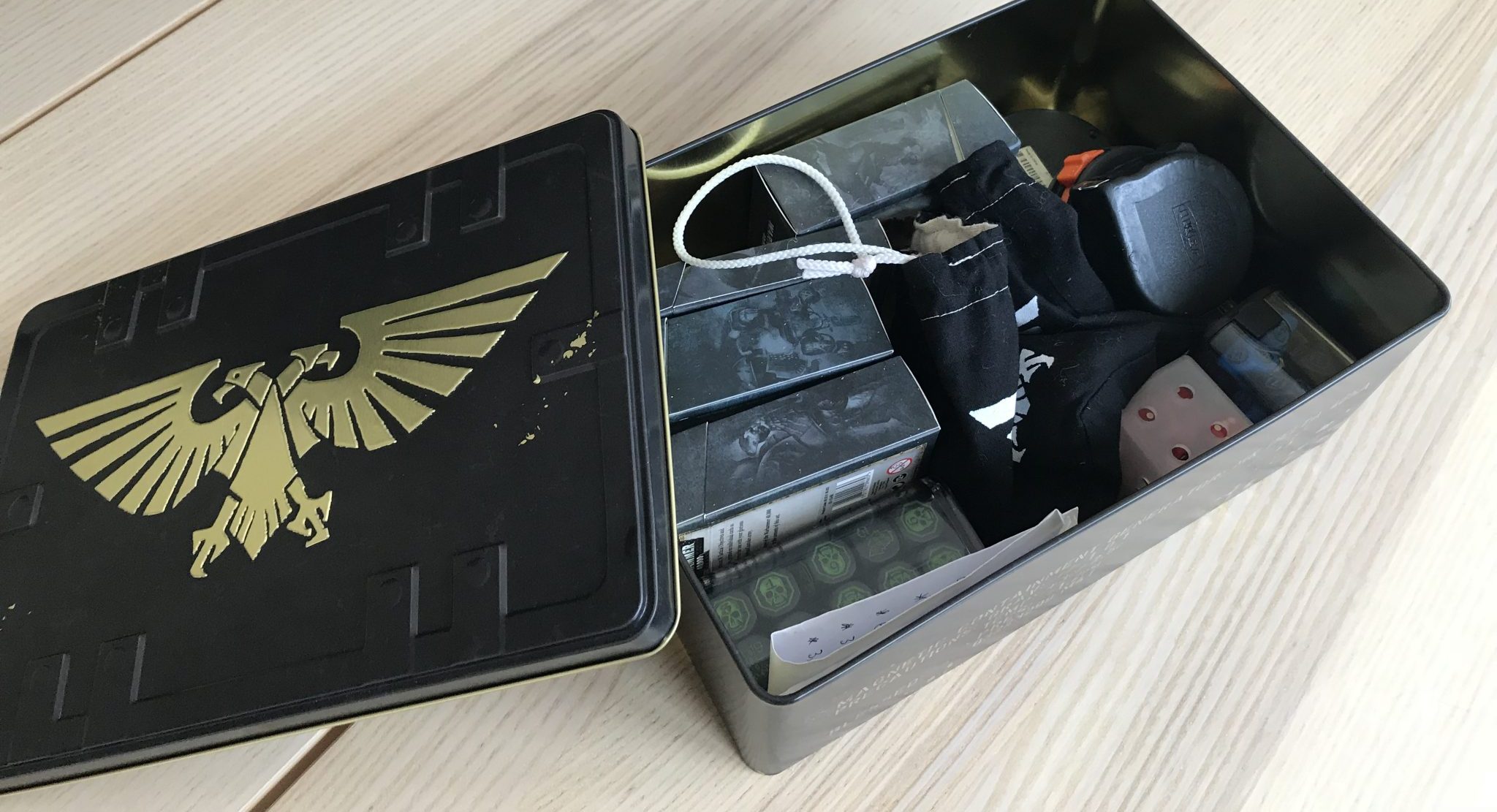 I say this makes a good Warhammer 40K Christmas gift because it’s generic and not army specific. So if you know someone who is into 40K but you don’t know which army they own then this will fit into their hobby.

Even if they paint and don’t play it would be handy. And vice-a-versa, if they play and don’t paint it’s again useful.

The design is Imperial, however, so it would suit an Imperium player rather than a Chaos or Xenos player. But there are other items if you are a Chaos or Xenos fan! It resembles a storage case for Plasma ammo, complete with Gets Hot warning!

Oh and magnets stick to it, (thanks for the comment Yoji_84 on Reddit). so if you have magnetised bases then you can stick your minis to it! Kill Team tin anyone?

As shown here with my Armiger arms that are magnetised… 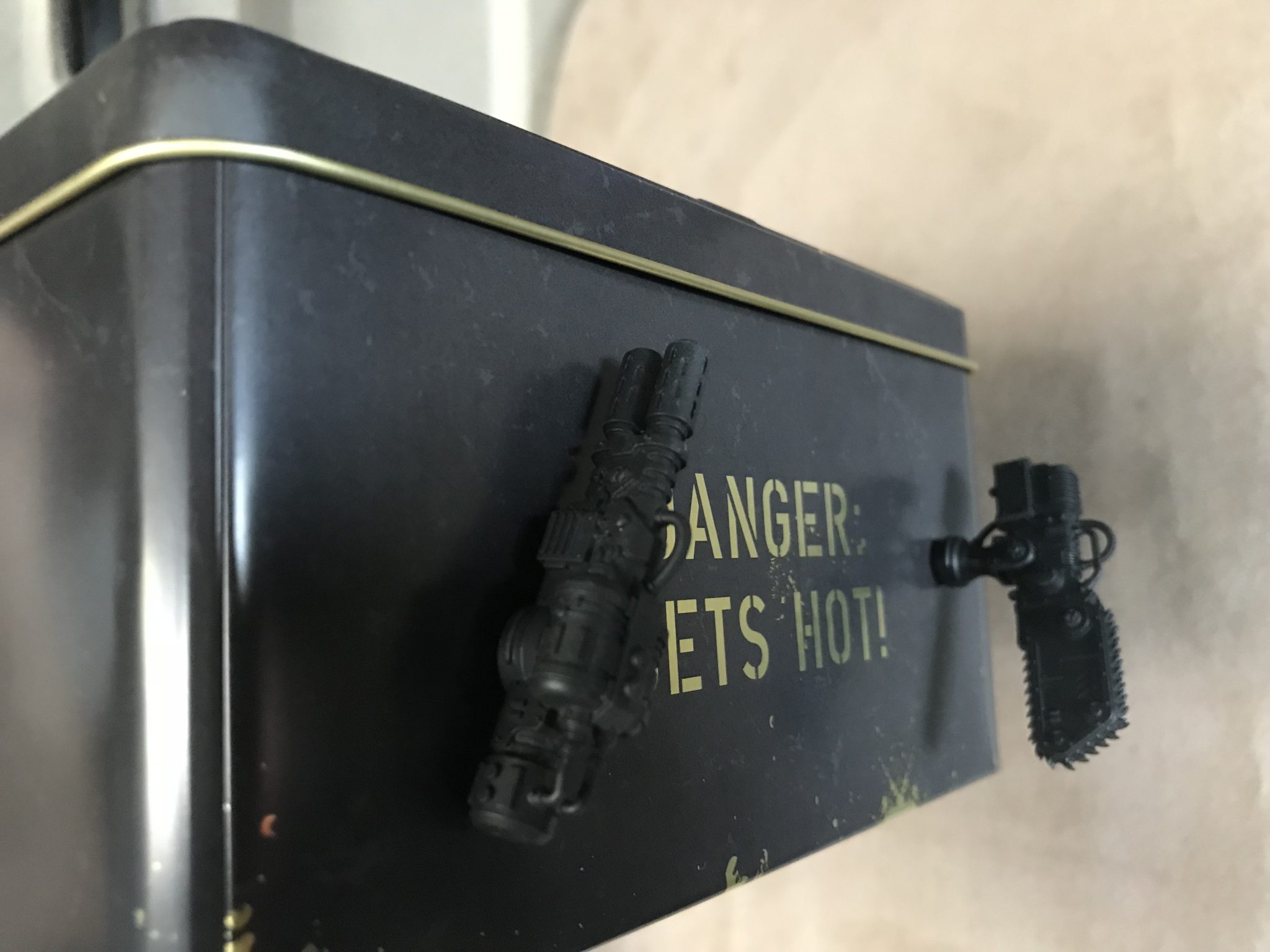 Pick yours up from Half Moon Bay on Amazon. 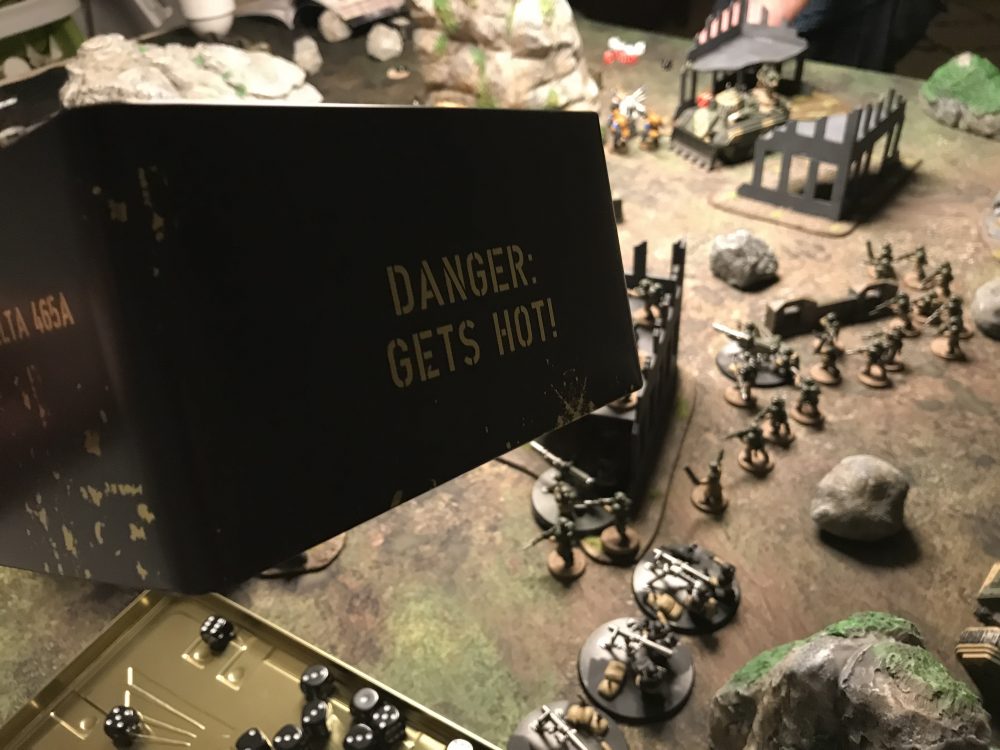 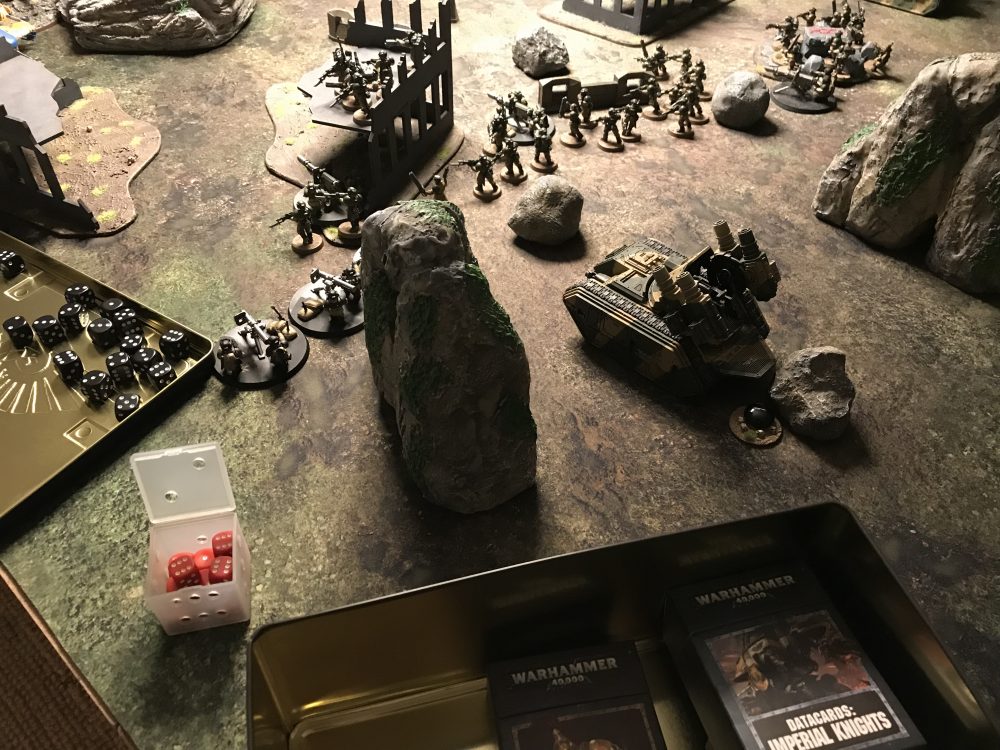 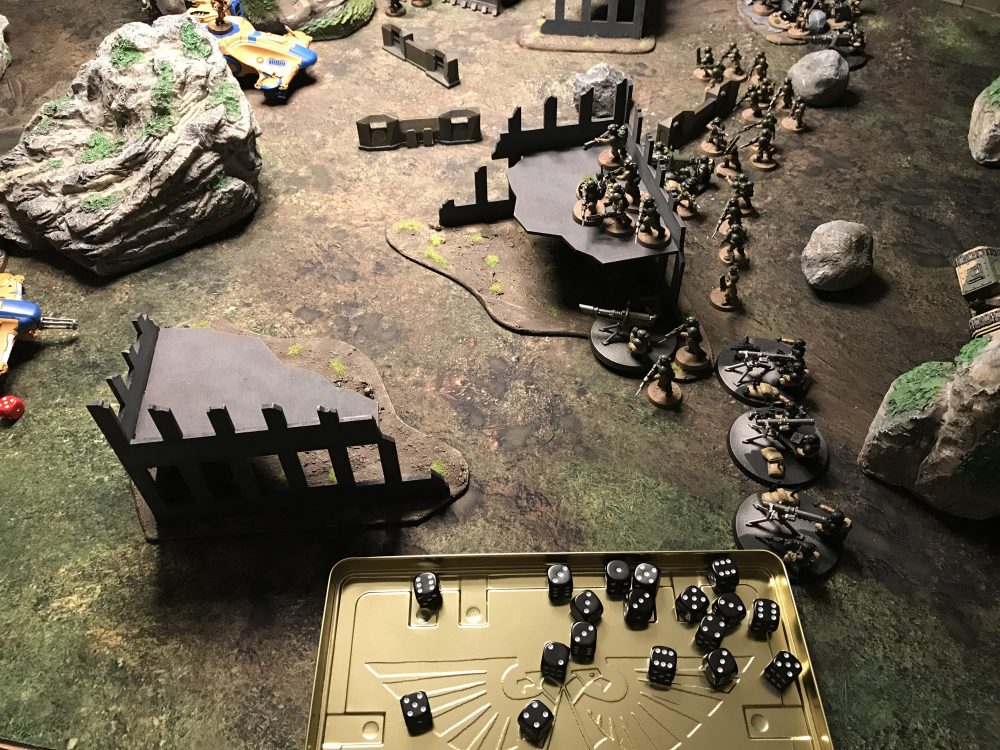