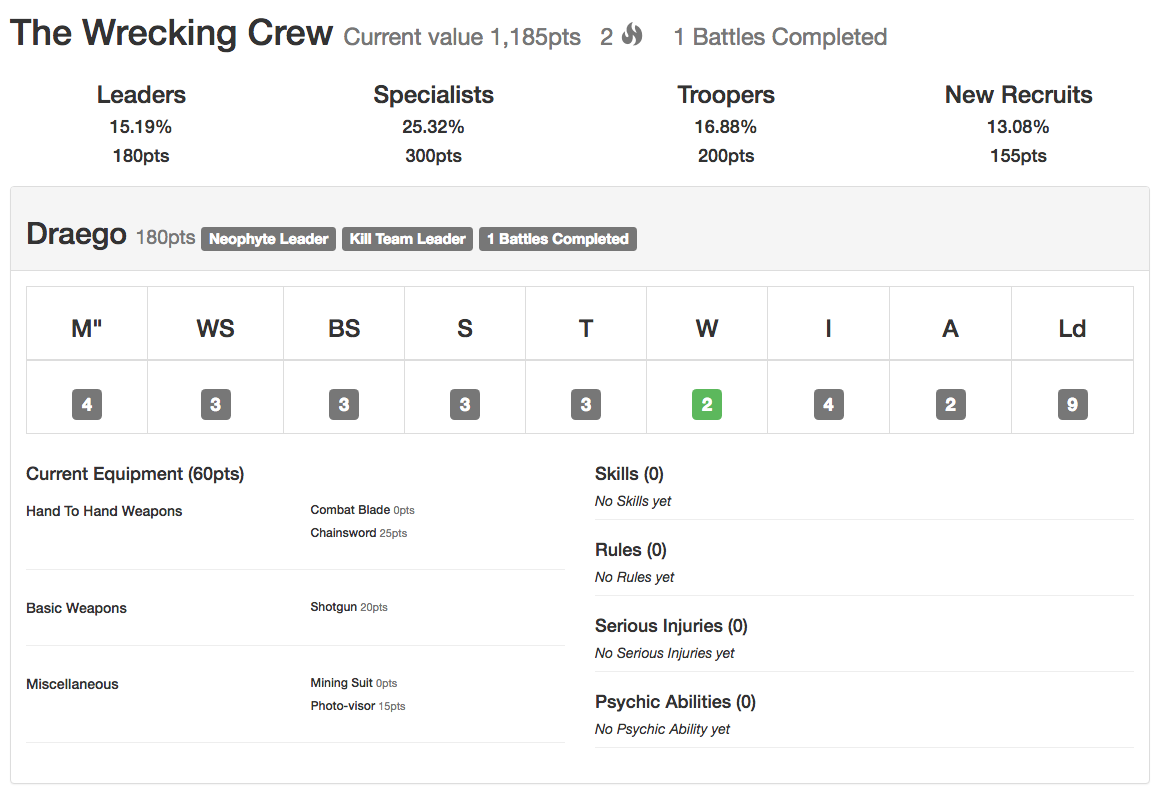 With this new slick little site you can create and track all your Fighters as they battle their way into the Promethium Sprawl!

This is not in alpha – so please, SHARE AWAY!

Its safe to say 40K Companion is on hold until at least 8th Edition.