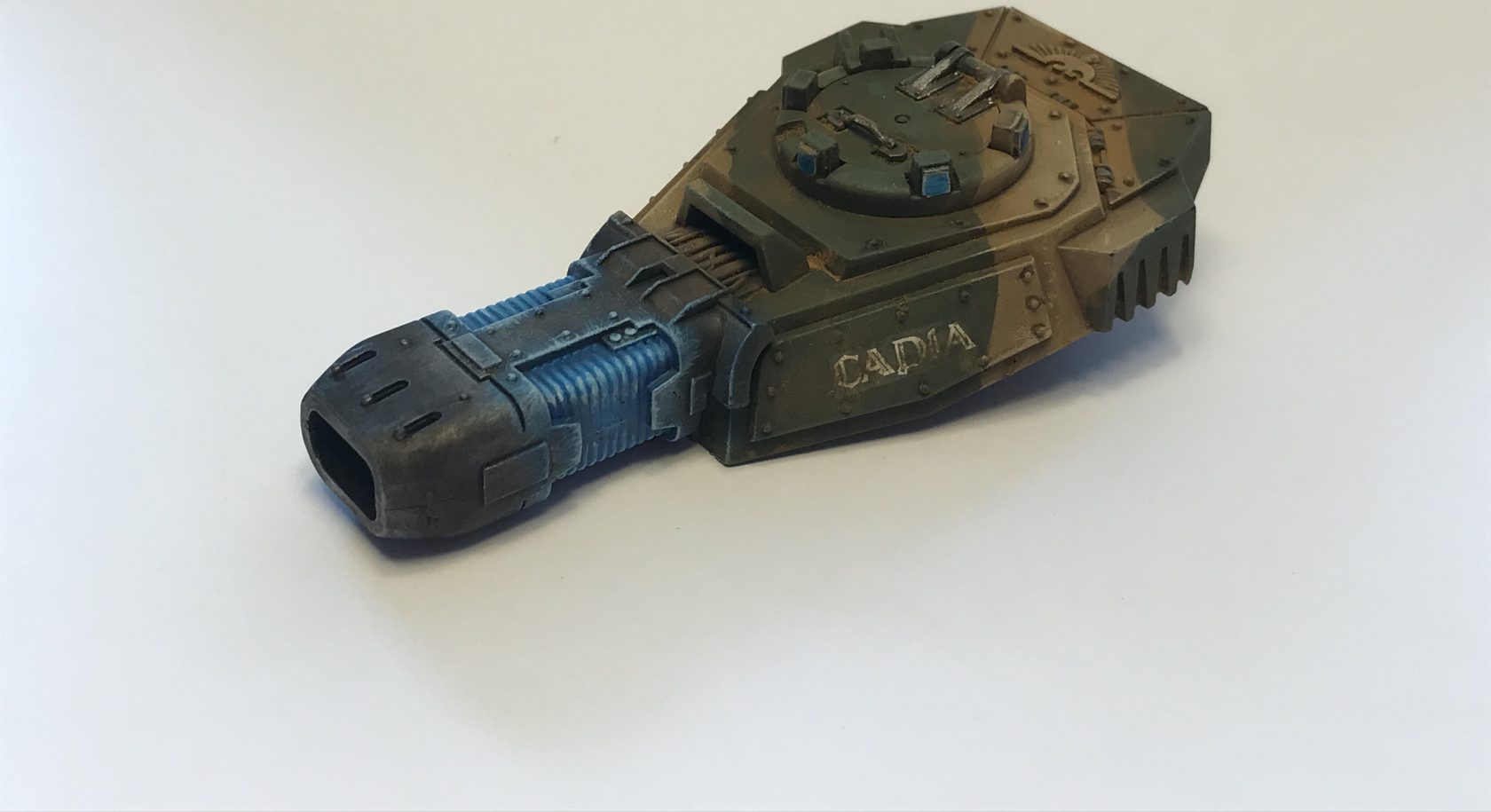 Today I share my quick and easy Plasma Coil Effect...

I have another new technique to share with you today. A quick plasma effect which I tested out on my two Leman Russ Executioner turrets. One is the standard turret and the other is a Forgeworld version. Oh, I also have a quick how-to on Punisher Cannon heat burn in this article.

This technique uses dry brushing and not an airbrush. The first one I did (the standard Leman Russ Executioner turret) took about half an hour. The second turret I did took about 10 mins.

The second was quicker because I knew the methods I would use and I knew the endpoint I was aiming for.

I used three paints to do quick Plasma effect. 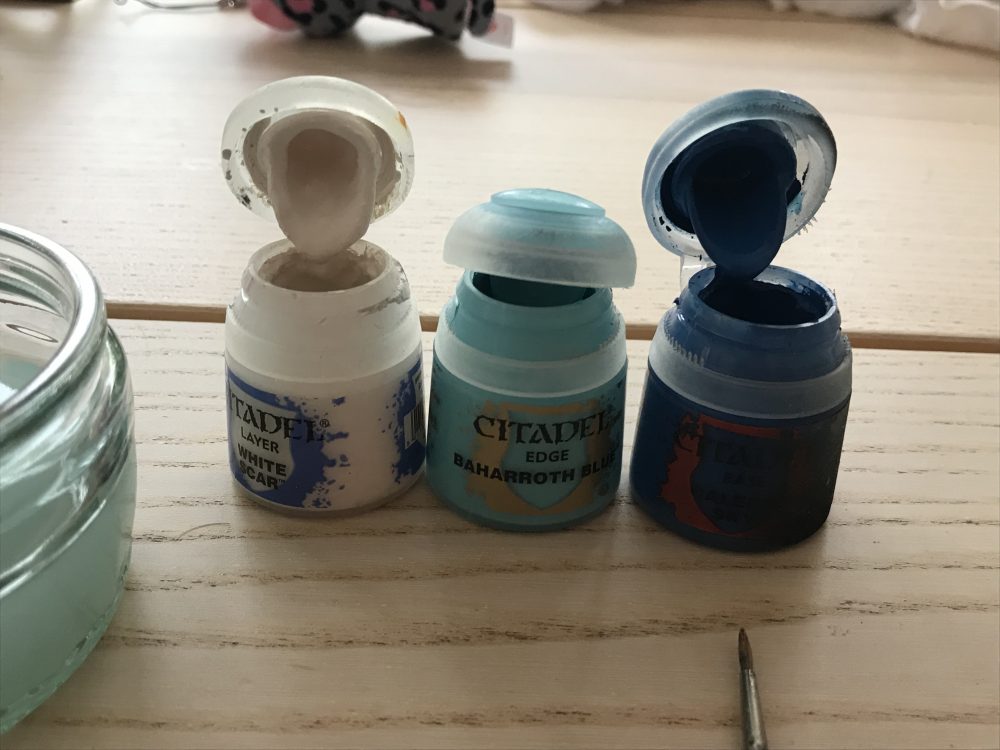 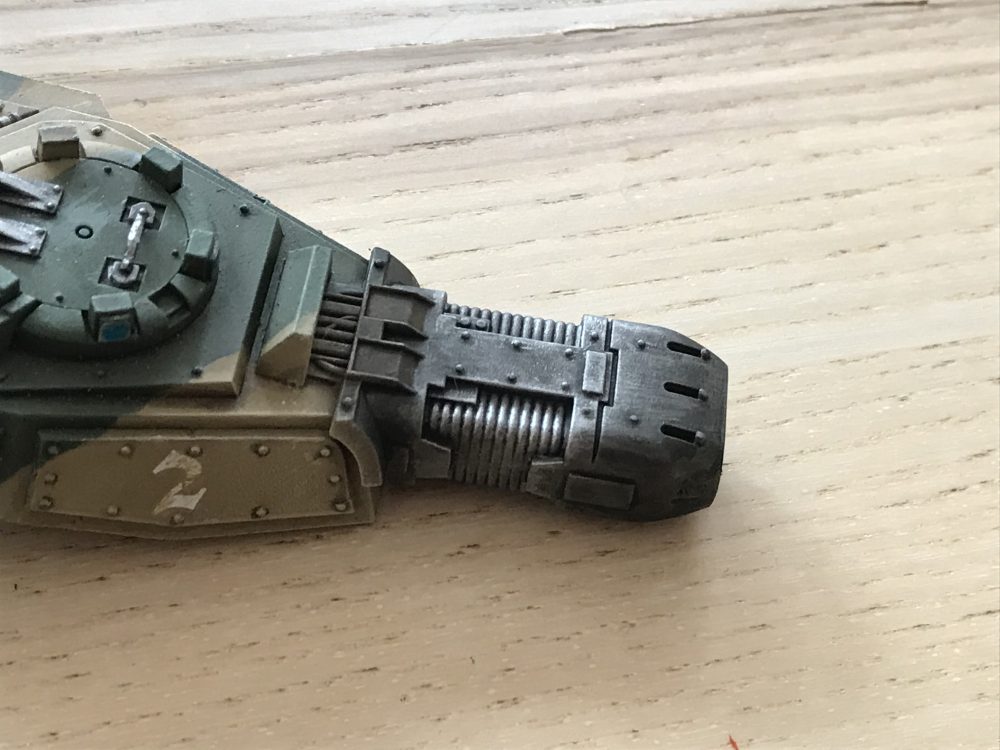 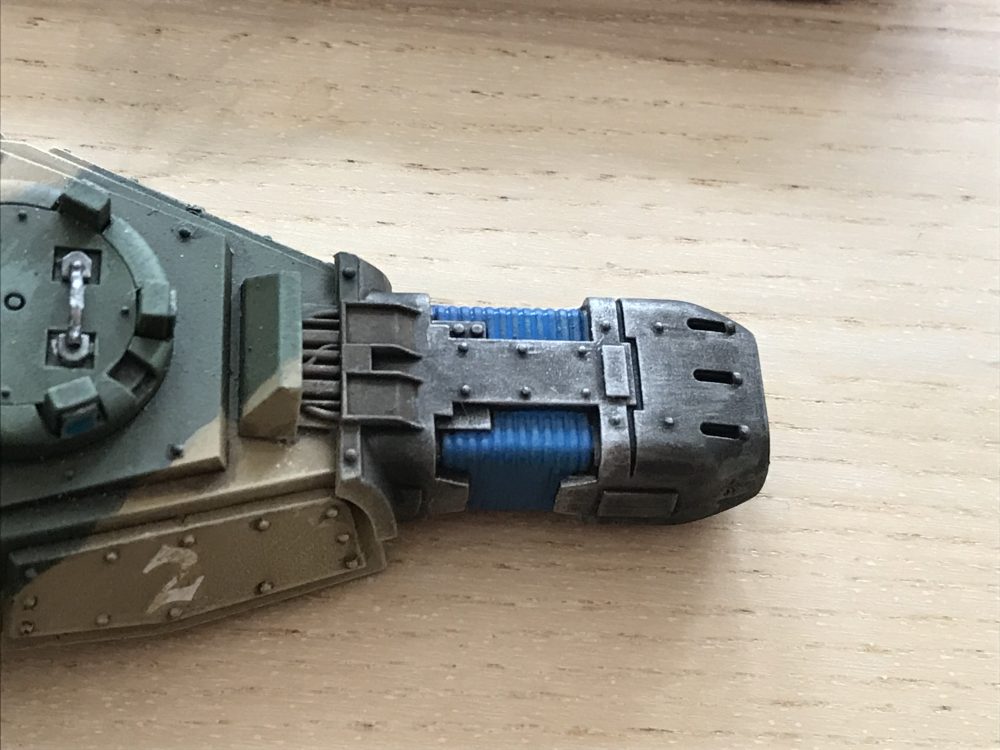 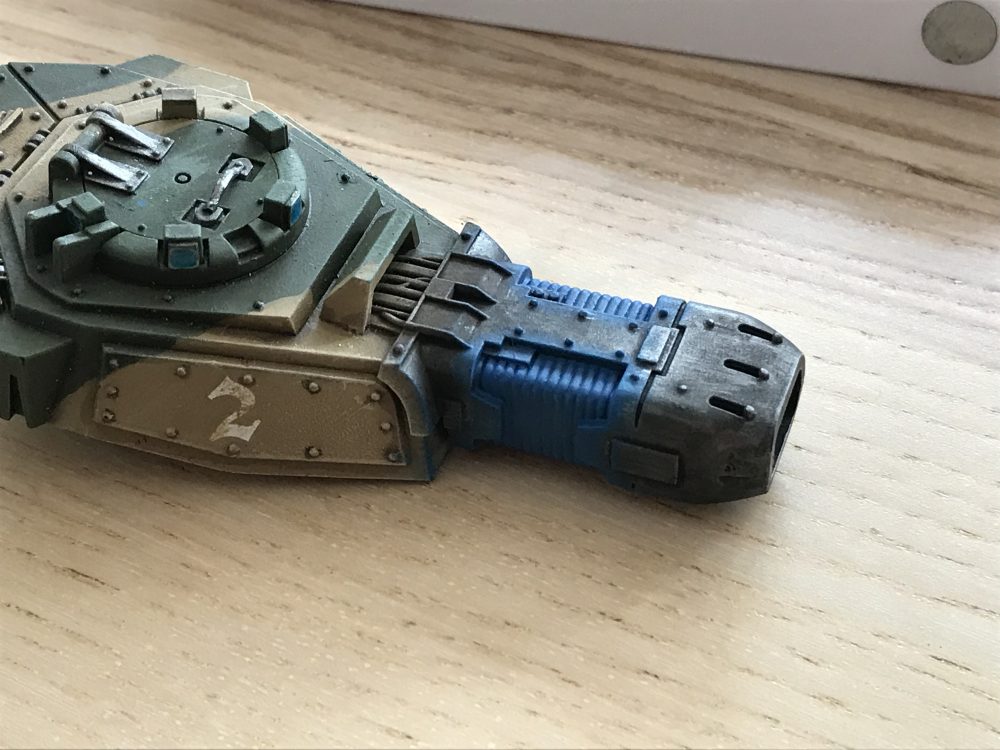 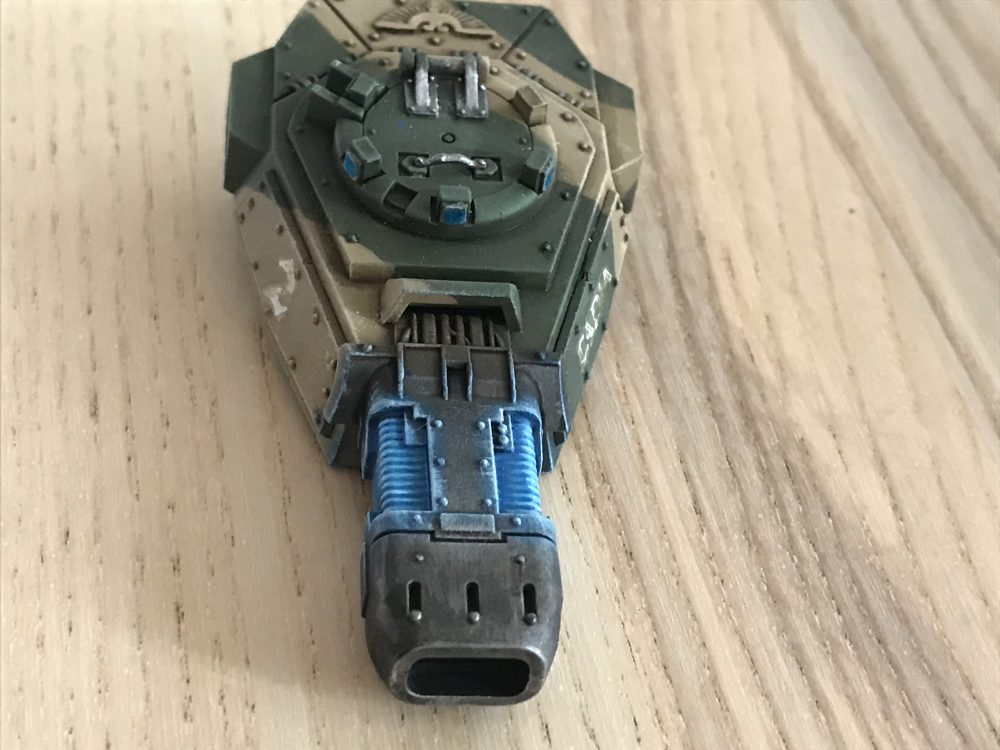 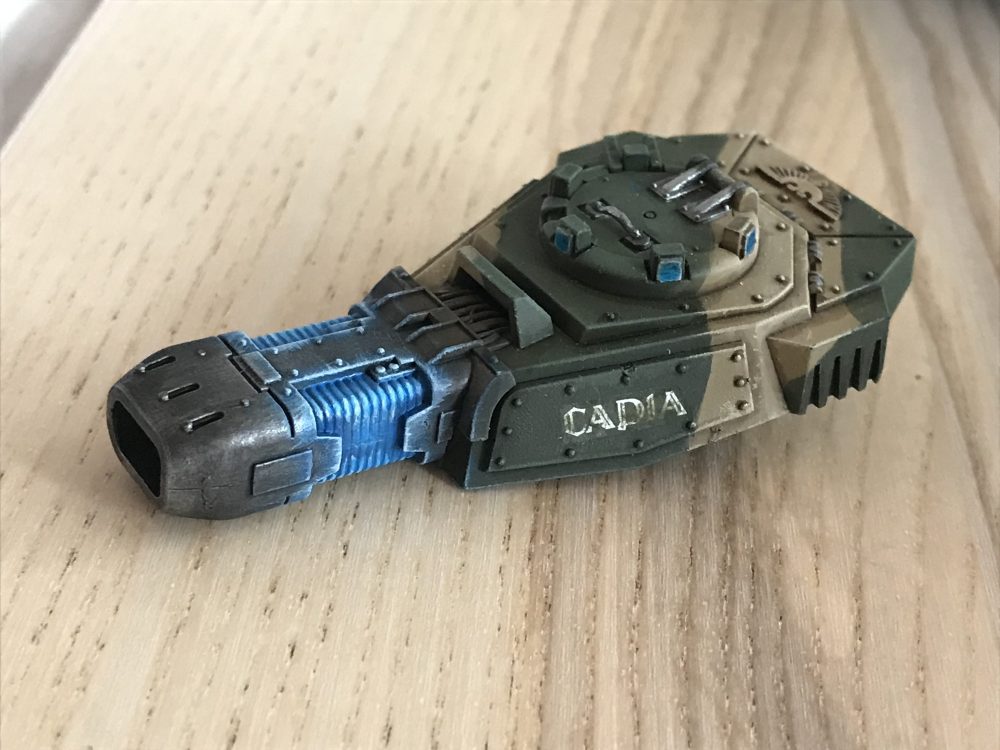 And then a lighter blue 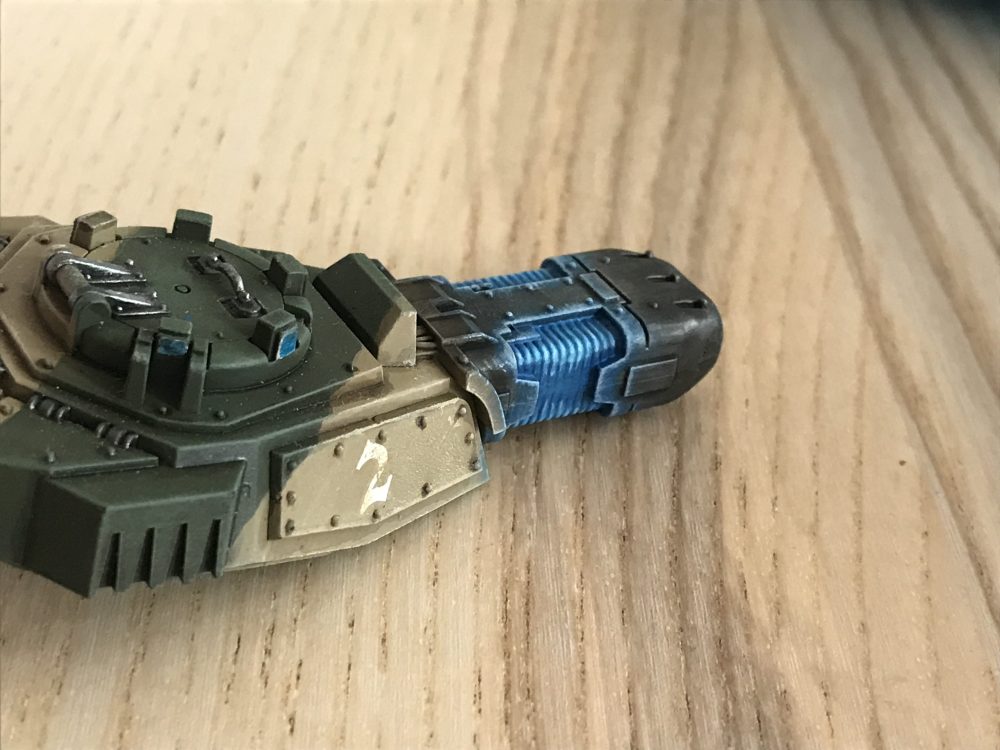 Knowing how to correct your mistakes with any method is very handy. It also means you can be more confident and adventurous with your new painting methods. And this quick plasma effect is no exception…

If I dry brushed too much of a lighter colour then I used a heavily watered down Caledor Sky to darkened the area slightly and also re-darken the recesses is the coils.

I also used this same wash all over the coils at the end to unify them all. Before I did that it just didn’t blend together all that well. But the final wash helps to bring them all together. It’s strange to explain but it really works. 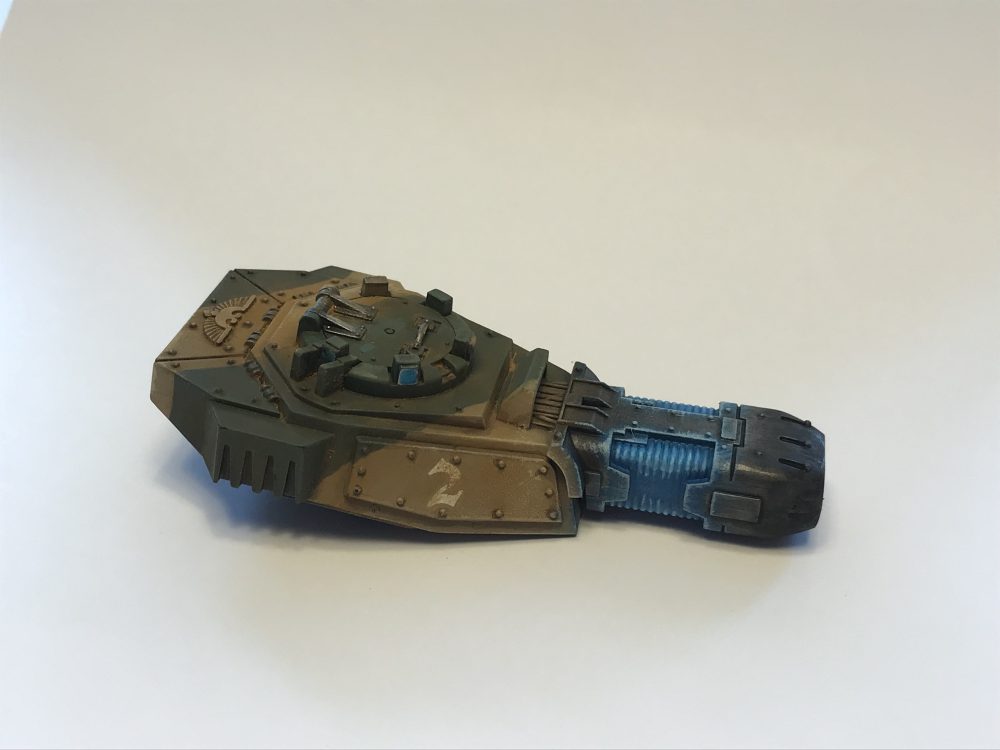 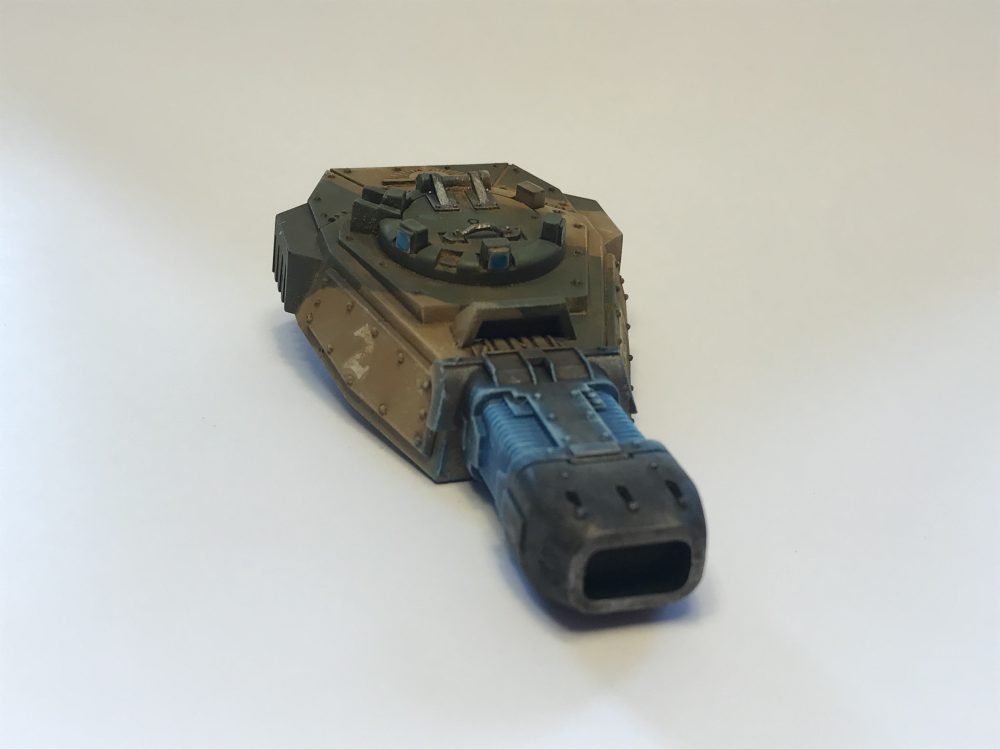 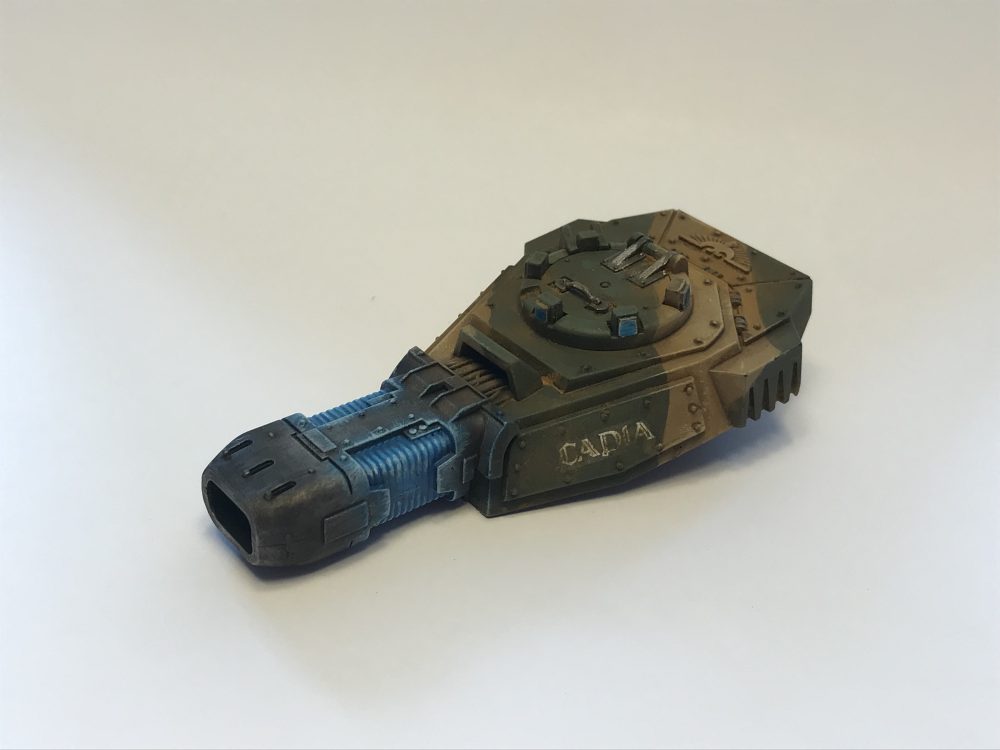 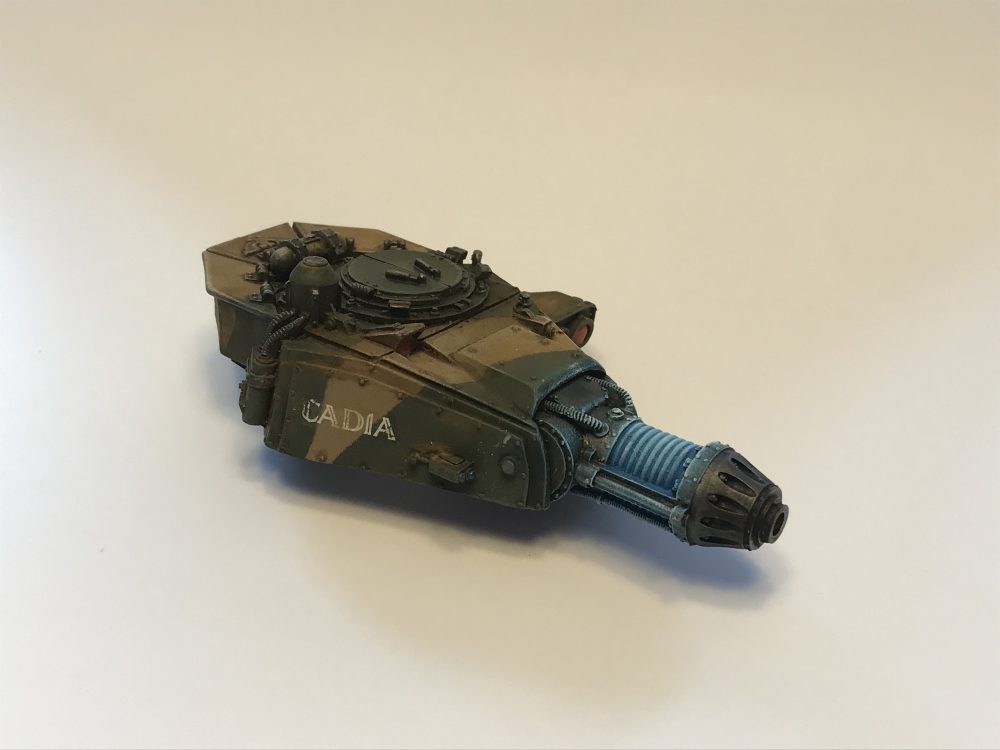 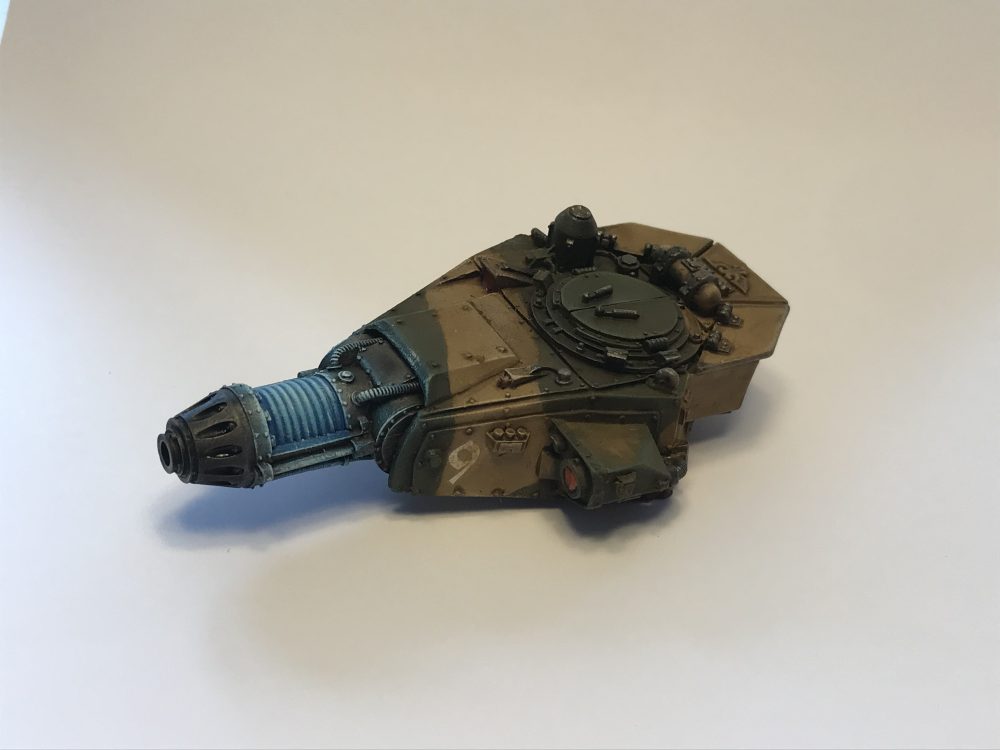 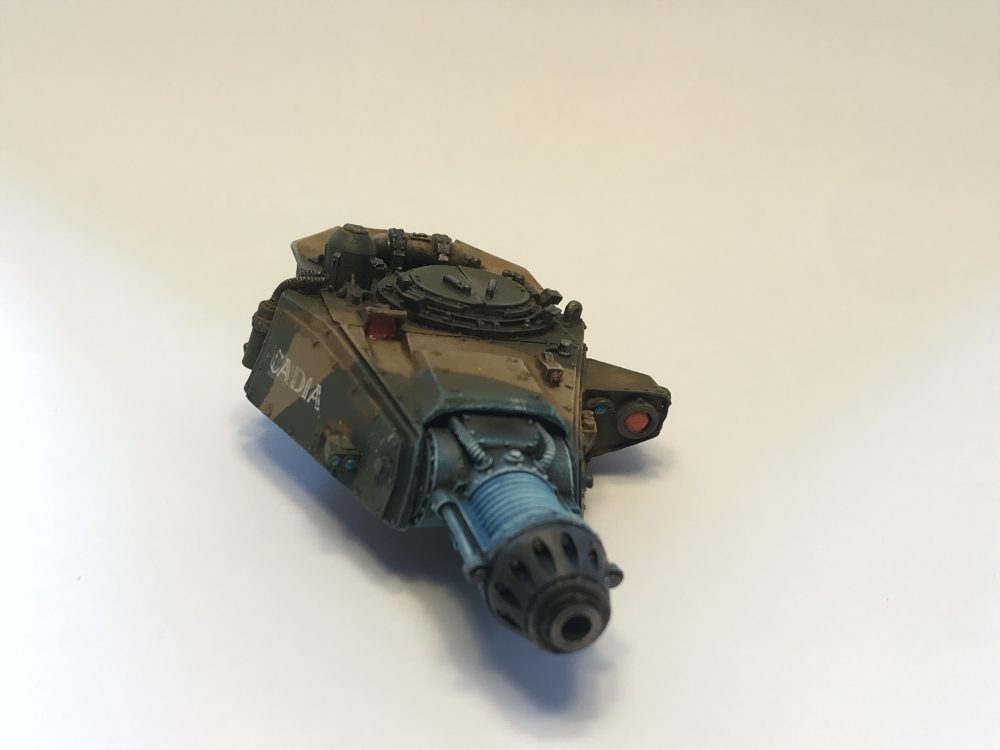 A quick bonus for you here on a Punisher Cannon now we have the quick plasma effect out the way.

This was my third try at a heat burn effect. All other attempts were on Flamer type weapons.

I used the same technique as before but just did one layer of each wash. I was in a hurry. The effect is actually pretty good considering how little time it took. 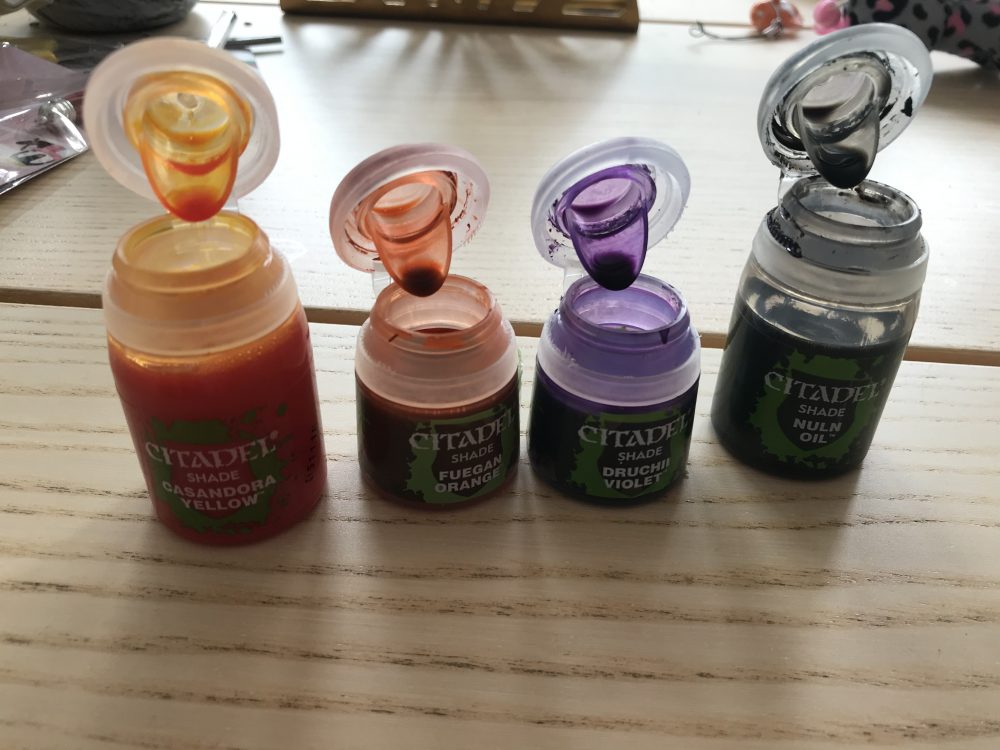 From the end of the barrel towards the turret body I used;

Finally, I very lightly dry brushed the end of the barrel to give the venting holes a little bit of a silver pop as well as the other edges. 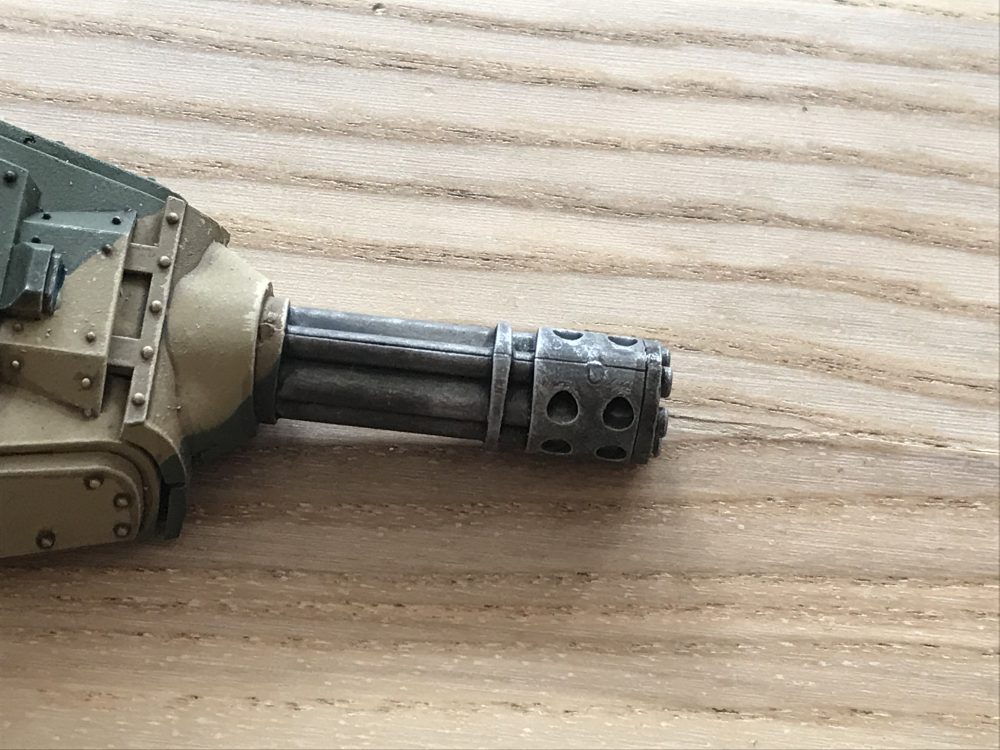 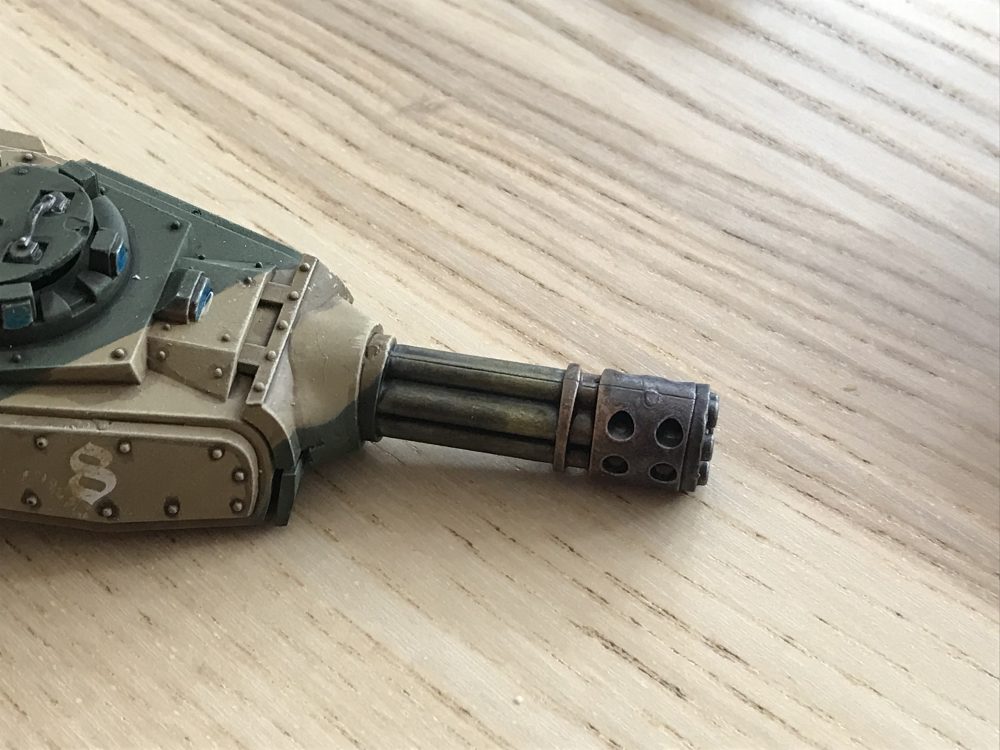 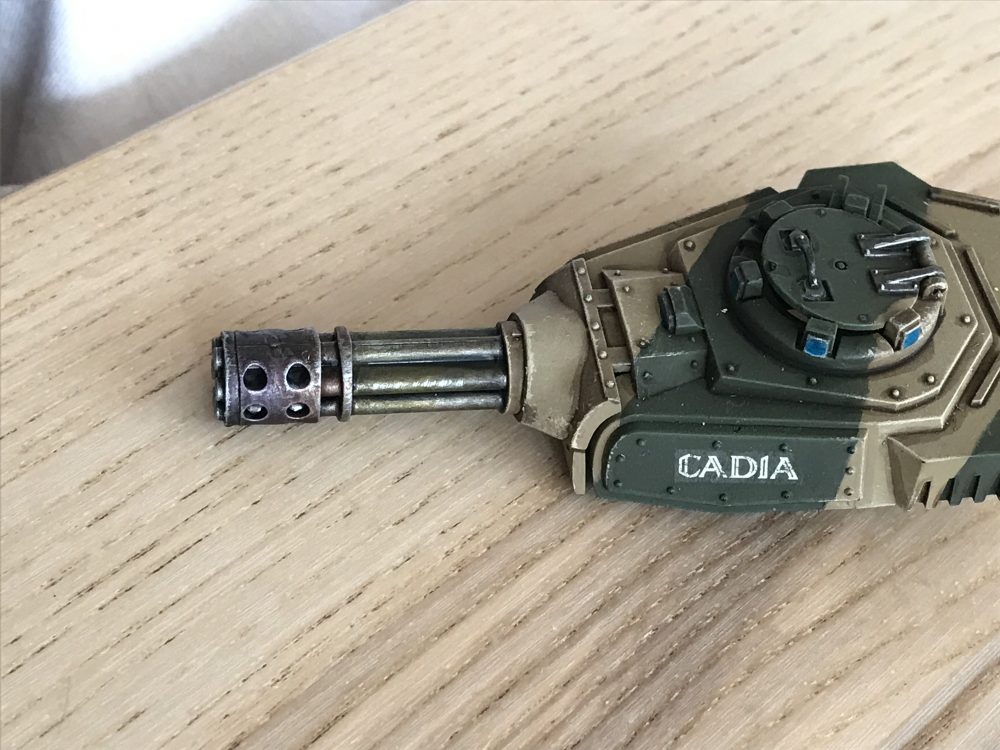 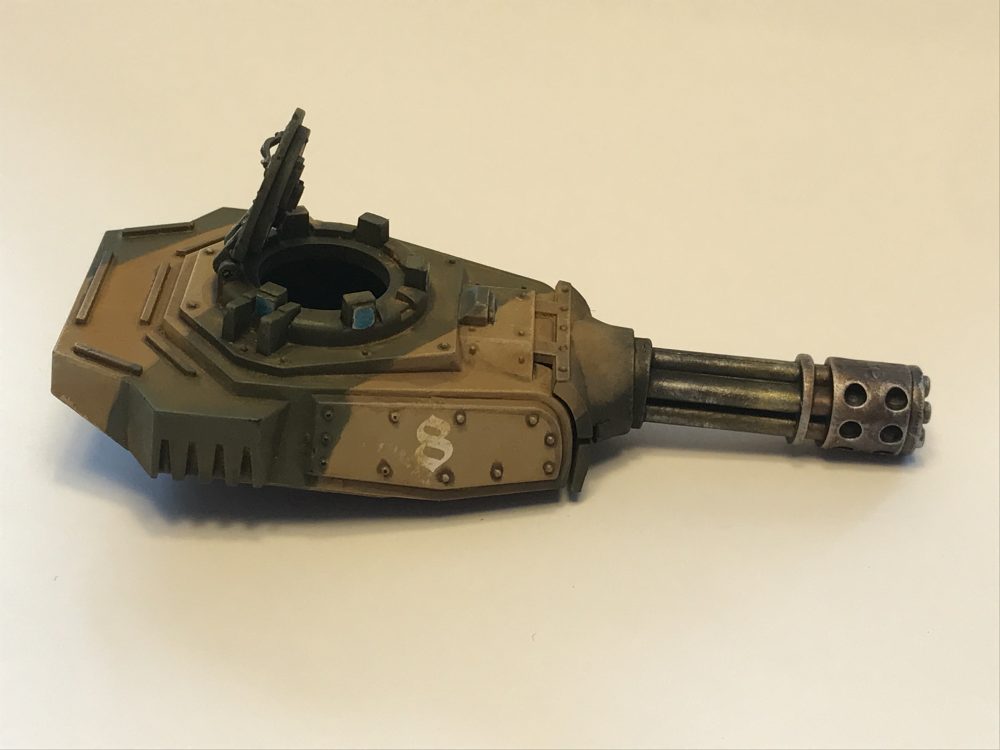 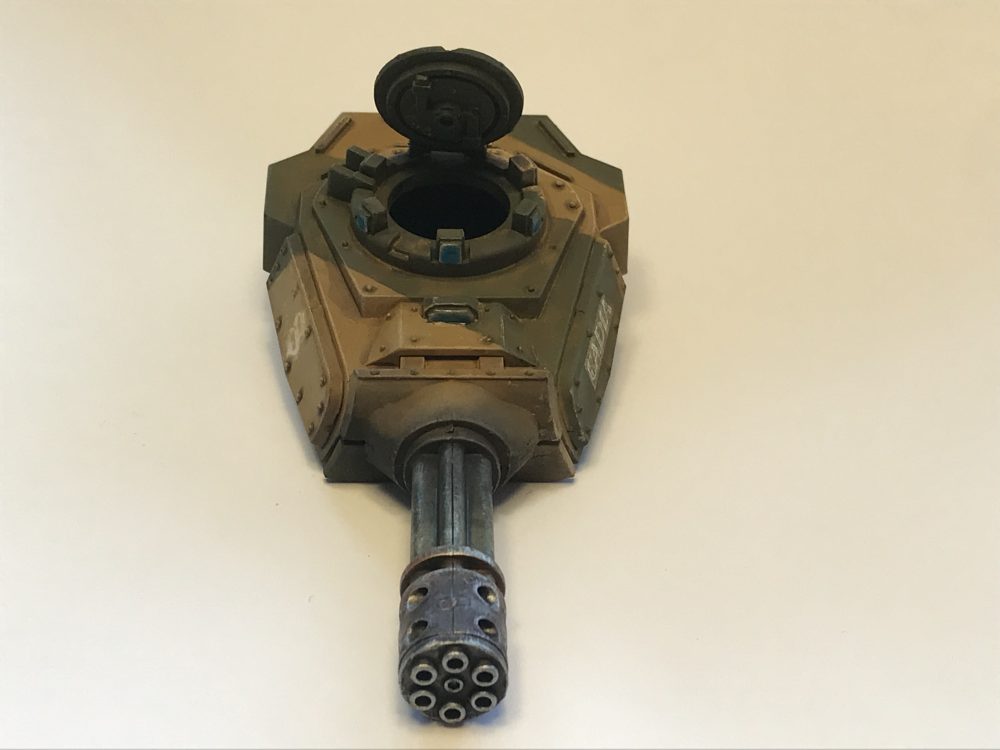 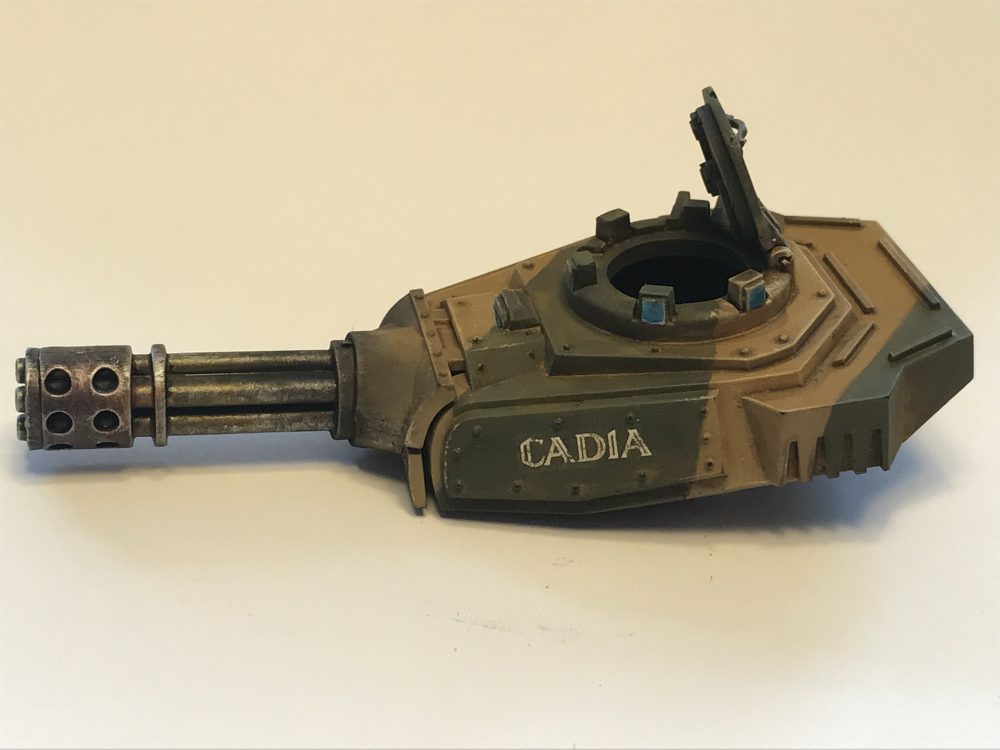