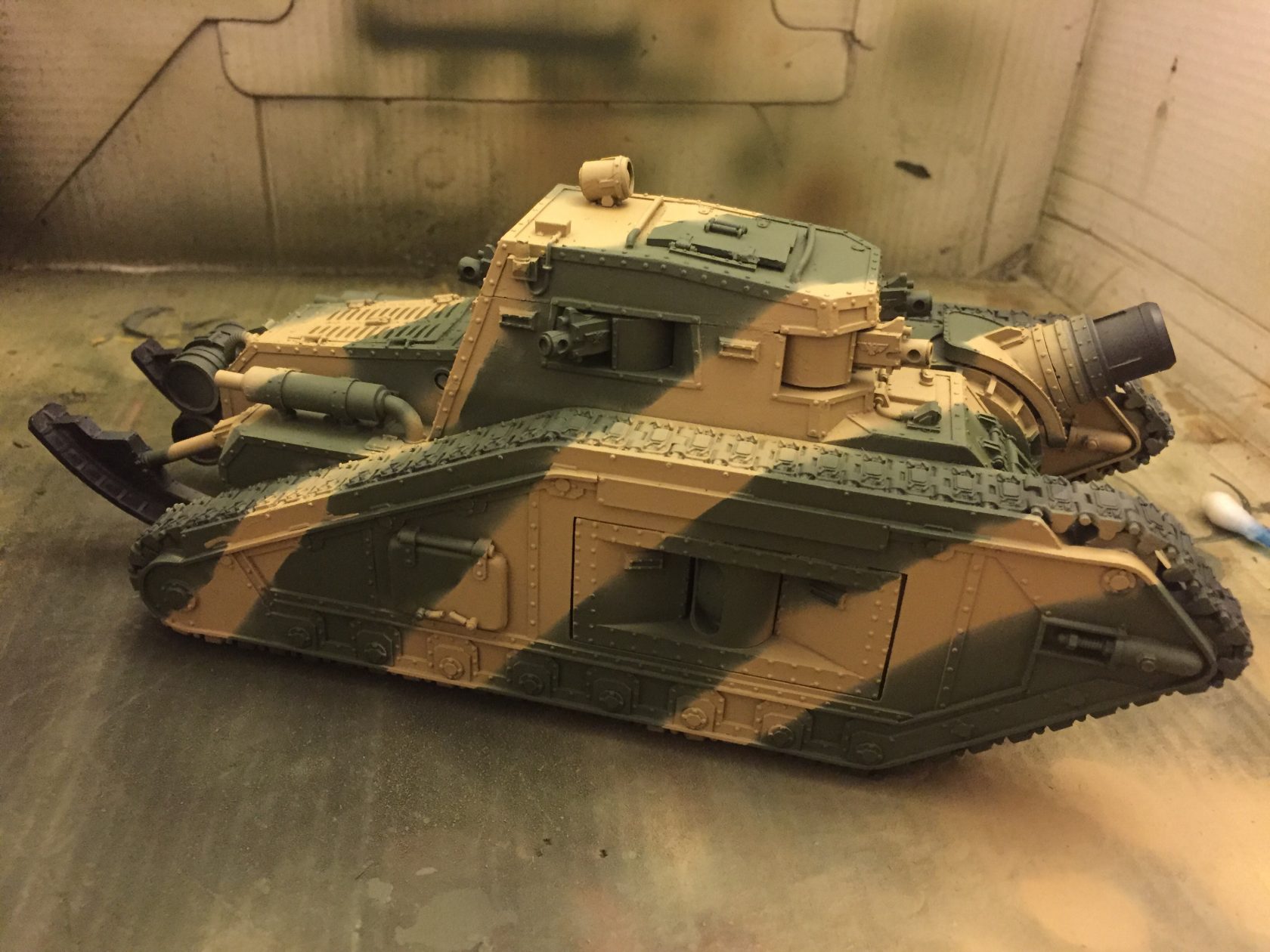 My Malcador is now built. I just need to magnetise the sponsons and paint it. This list should its first outing on Tuesday, December 6th. It will be a 2v2 game so I will be playing with another force too, although unsure at this point who that might be. Could be one of the following, Dark Angels, Chaos Space Marines, Tau or Eldar.

But now comes the task of The List. How to fit an 285+ point Super Heavy into my current lists / style of play. The Malcador doesn’t feel like its over the top – no D, no primary weapon, only six hull points and only AV13 on the front. So I’m not panicking about it destroying my opponents completely and ruining our games.

I went for the Malcador Defender simply because it looks awesome and is different from the other two standard style Malcadors which have an Annihilator Autocannon and a Battle Cannon. Of course there is the Malcador Infernus which is completely another beast – but that was more money. The Defender was just different and felt further from a Leman Russ than the other two variants so I went for it. Heavy Bolter crazy! Plus I just really like it, as one now seems like not enough! Three rolling across the table would be amazing!

It has Fear and Move Through Cover. The latter is interesting while the former is meaningless? But the latter means it can merrily chug up the table moving through terrain without worrying about being immobilised or losing hull points. It can forge forward as a distraction, soaking up fire while plinking away at light vehicles and infantry that stray too close.

You can view the full 40K Companion output for this list here.

Got to lay in the infantry on thick right? This is the Guard, Son! Everyone in a transport too, which is nice and doable for me now that I have more of them built, including a lovely four wheeled Taurox. I wanted to bring a CAD and bringing Veterans seemed like the best way to get some bang for my buck and ensure everyone was cosy inside vehicles.

I want the whole army to move forward as one towards the enemy or the centre of the table. A big blog of mechanised mayhem for the enemy to deal with. Getting close is going to be key to get my Rapid Fire Lasguns into range and my Flamers. The Enginseer and Servitors will move up outside of any transports and be available for repairs – they should too be out of line of sight due to being surrounded by a Super Heavy, two Chimeras and a Taurox.

Love this model, which is the main reason for bringing it. I have used it once in a game and it was fantastic, Twin-Linked Punisher Cannon at BS4 against ground targets  is just awesome. Plus Vector Dancer means the thing spins around easily and doesn’t need to leave the board or go into Hover Mode to get into a decent position. The infantry will push up into the table centre supported by the Malcador, the Vulture with arrive and shred the biggest close combat threat – no blasts too which is good for some danger close strafing runs.

The beast will venture up the board with the infantry and aim to just cause a nuisance. Its Demolisher Cannon is short range (as are the Veteran’s Flamers) so I have got to keep moving forward – this has been a problem for me in the past. But its a must in this list and hopefully it will cure my kinetoptophobia in 40K. But its Lascannons are long range so I am hoping to knock out some armour as I roll up the table, even Crew Shaken or Crew Stunned results on enemy vehicles will be of benefit. It should allow my Veterans to get up and dug into the table centre before the stuff really hits the fan.

I have made some edits since this was posted. Thanks to @Wolfsherz and @karlosdjackle for your suggestions;

Finally some snaps of the Malcador on the production line… the more I look at this thing the more and more I want another and another! 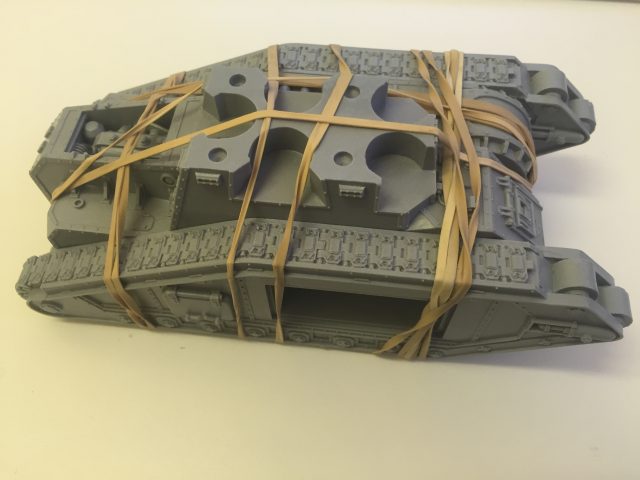 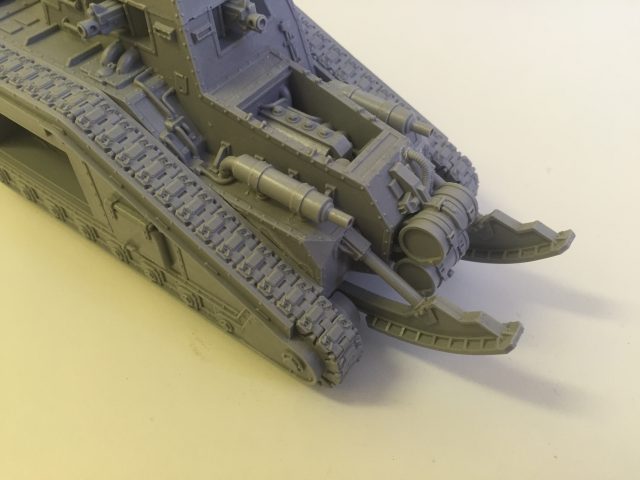 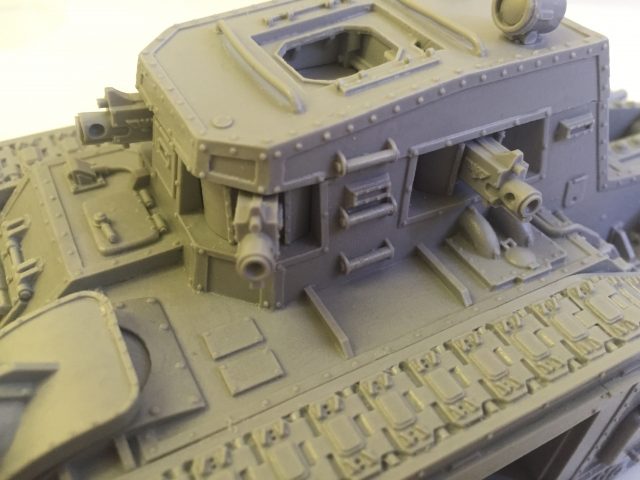 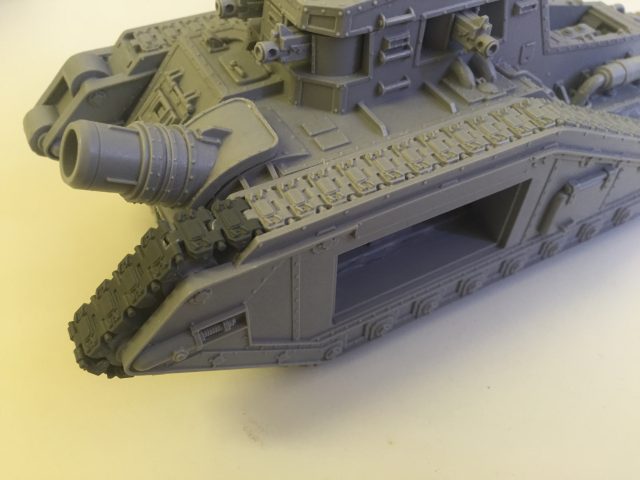 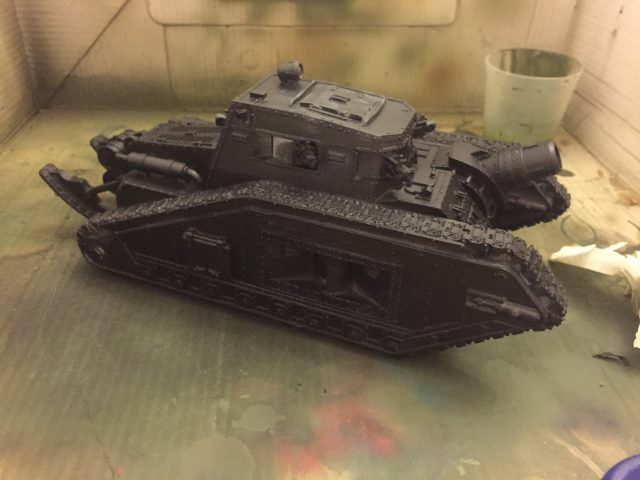 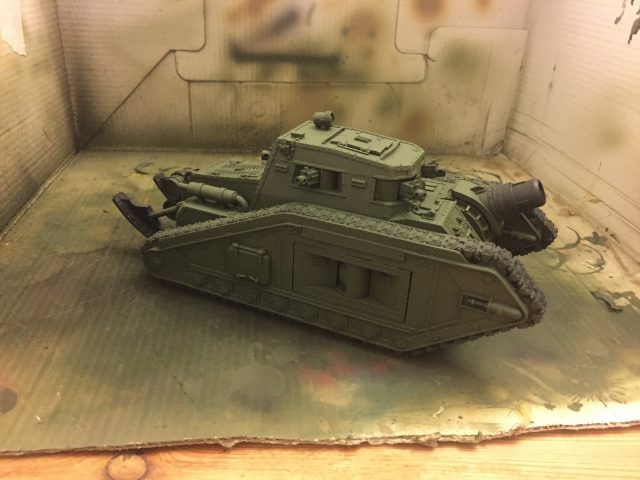 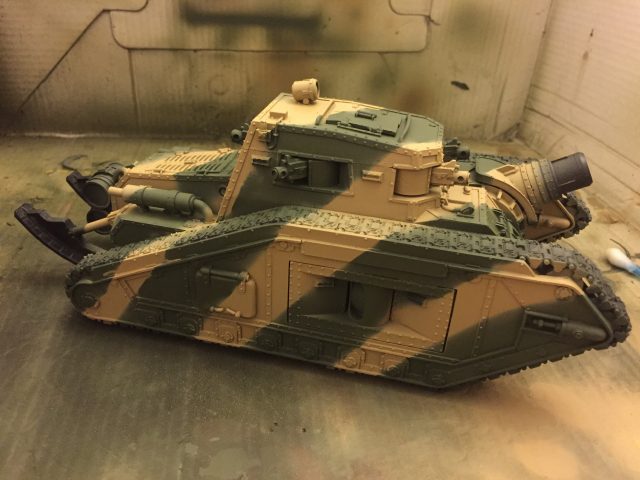