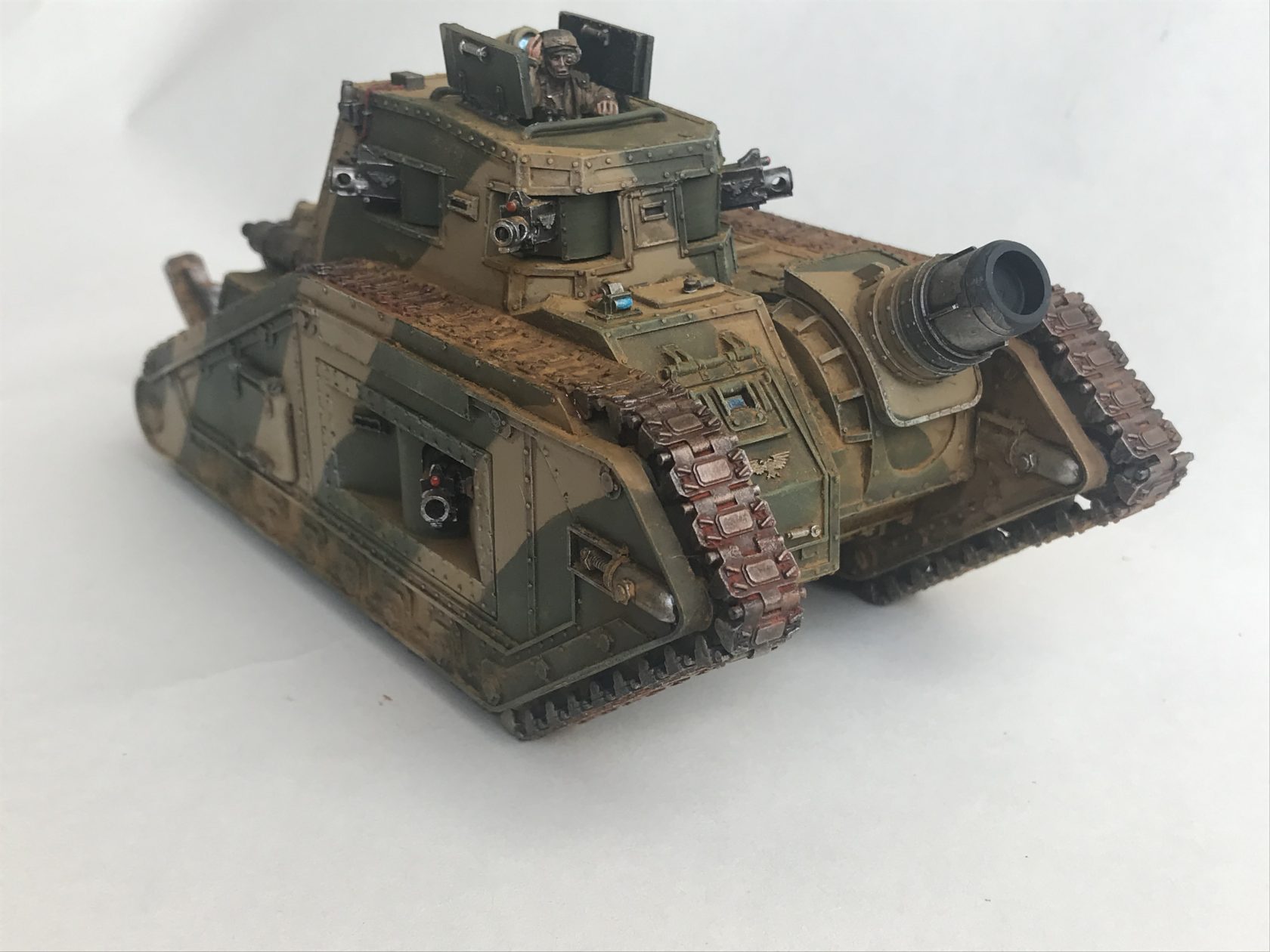 Another model done, this time it is the Malcador Defender.

I can’t remember when I built, primed and camouflaged this Malcador Defender but it was a long time ago. Maybe three or four years ago. So it’s about time I painted it.

It’s painted in my Cadian Camo scheme and will be run as a Cadian Malcador Defender.

This model was purchased with a voucher after my Forgeworld Vulture was a nightmare to put together. Games Workshop kindly sent me a new Vulture once the mould was remastered and a voucher for the cost of the Vulture. Sweet!

I got the Malcador Defender purely for the rule of cool. It’s a beefy sized model and looks awesome. It’s just so silly too – 7 Heavy Bolters is how I’ll run mine with the Demolisher Cannon.

In 7th Edition such a combination of weaponry was terrible. All your weapons had to target the same unit in 7th. So you’d be shooting your Heavy Bolters at the same unit as the hard-hitting Demolisher Cannon.

But in 8th Edition that’s all changed. I can now target infantry with my Heavy Bolters and heavy infantry or vehicles with the Demolisher Cannon. Perfect. 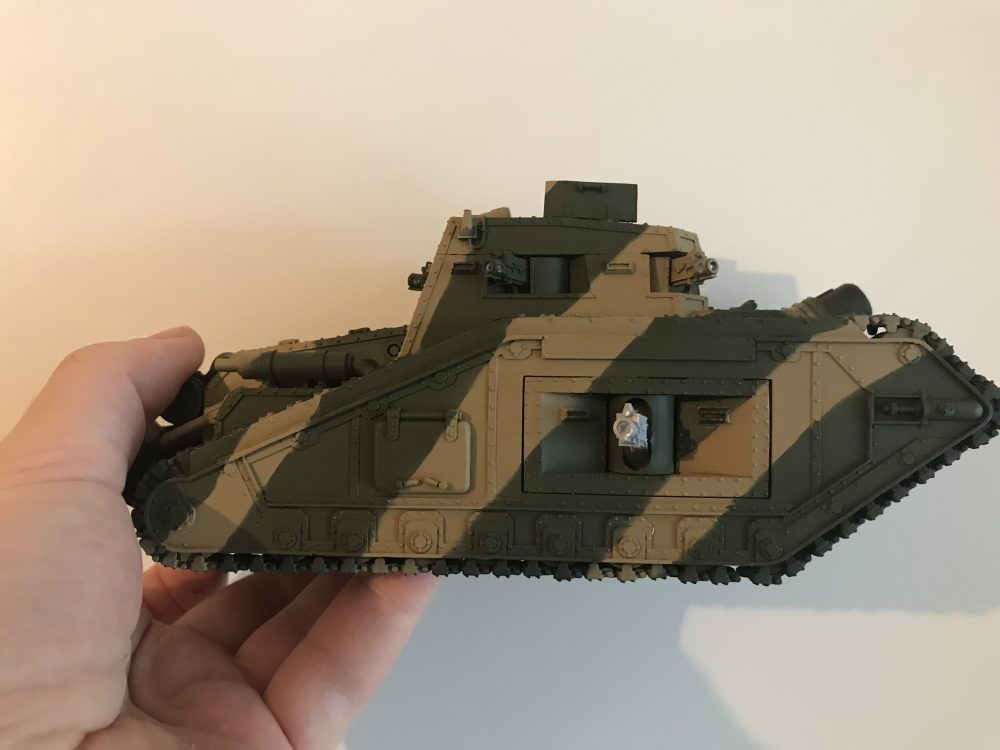 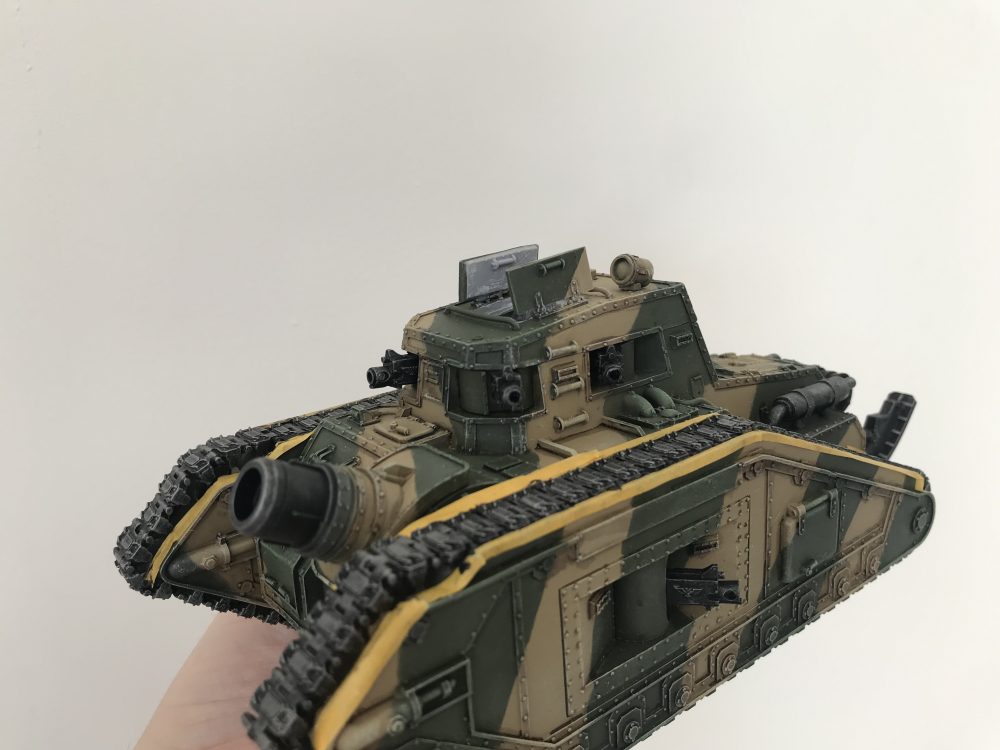 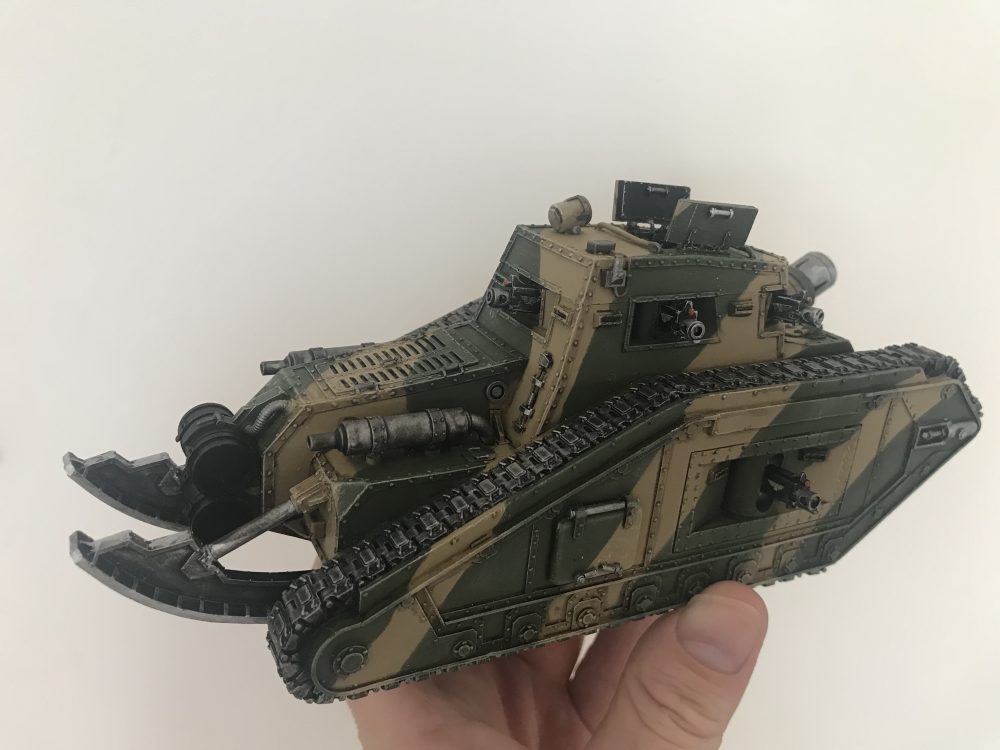 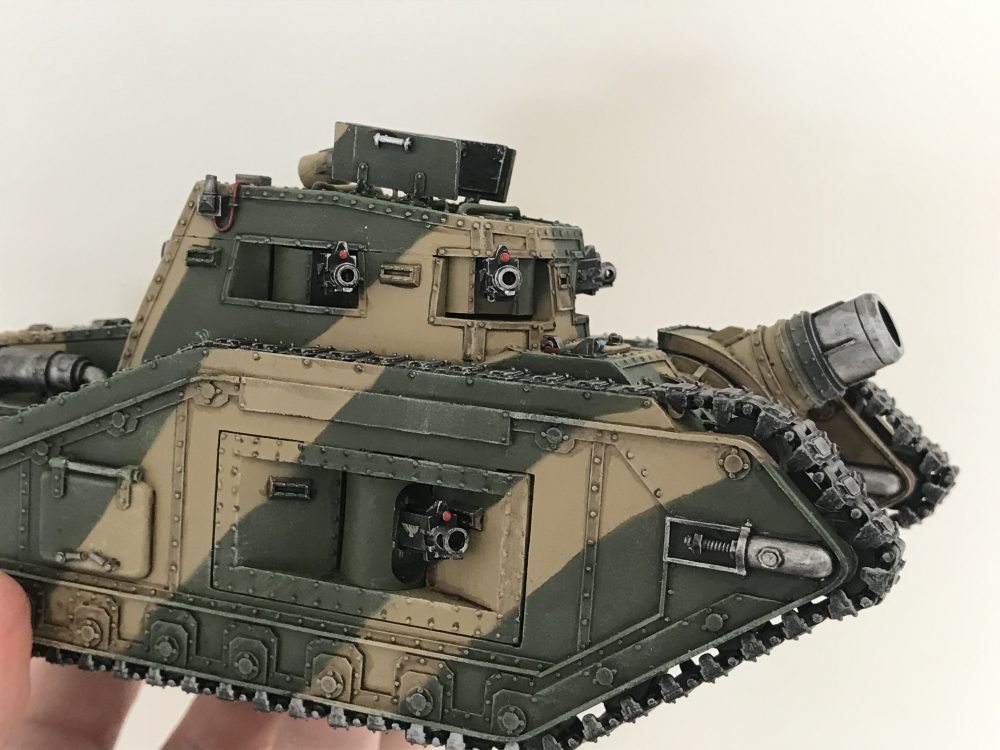 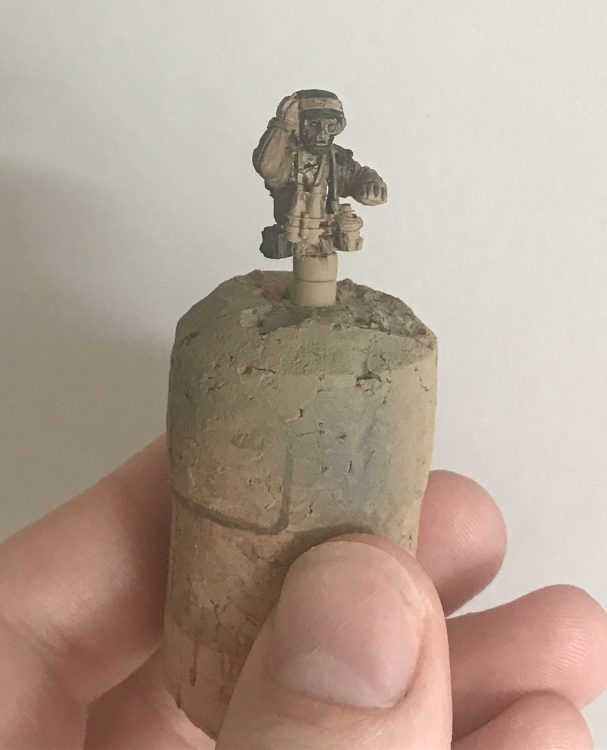 What tactics are there!? It’s just a big tank that has a lot of shots and a big cannon.

So this leads me to only one conclusion;

Drive it up the middle

This is an 18 Wound Leman Russ that will attract fire. It’s not going to be dealing masses of damage especially if it’s moving – the Heavy Bolters will be hitting on 5+.

But I think driving it towards the table centre with some Catachans for support, plus a Psyker for Nightshroud would be fun.

This makes me want to get my Bullgryns painted. All nine. Nine Bullgryns leading the charge followed by a Malcador Defender would be a rare sight. A glorious sight.

We shall see soon…

I tried something different with the tracks on the Malcador Defender, I am happy with the subtle results and will be applying the same effects to my other vehicles.

I used a Vallejo Red Ochre Pigment first and then used the yellow – Vallejo Natural Sienna – over the top of the red. It gives a nice subtle worn/rust effect. Images below… 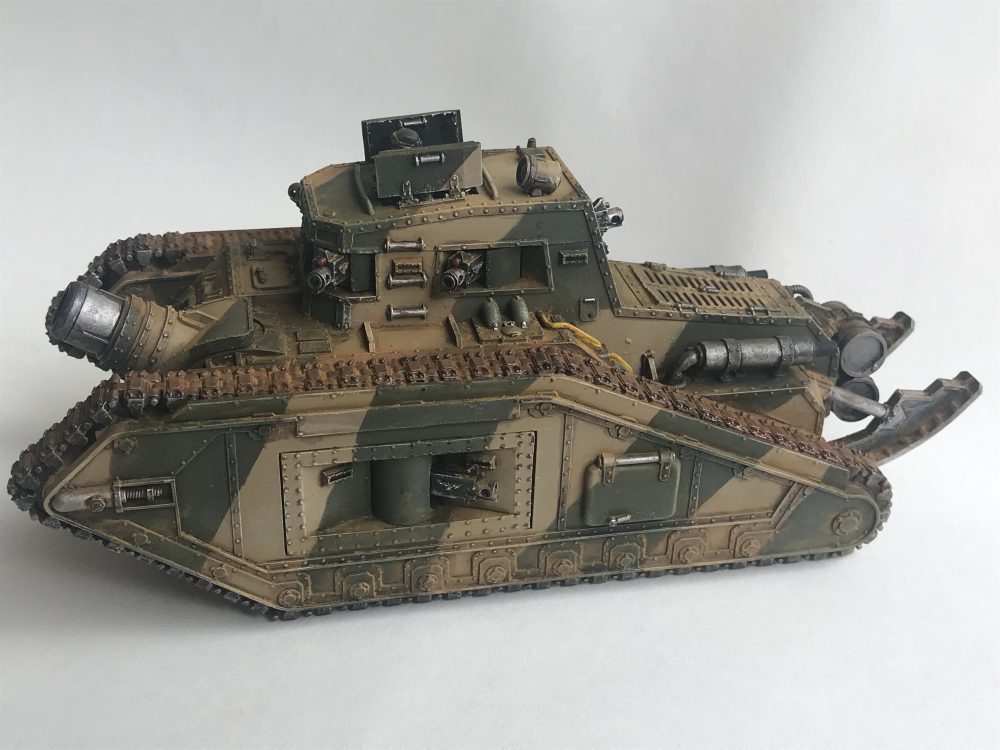 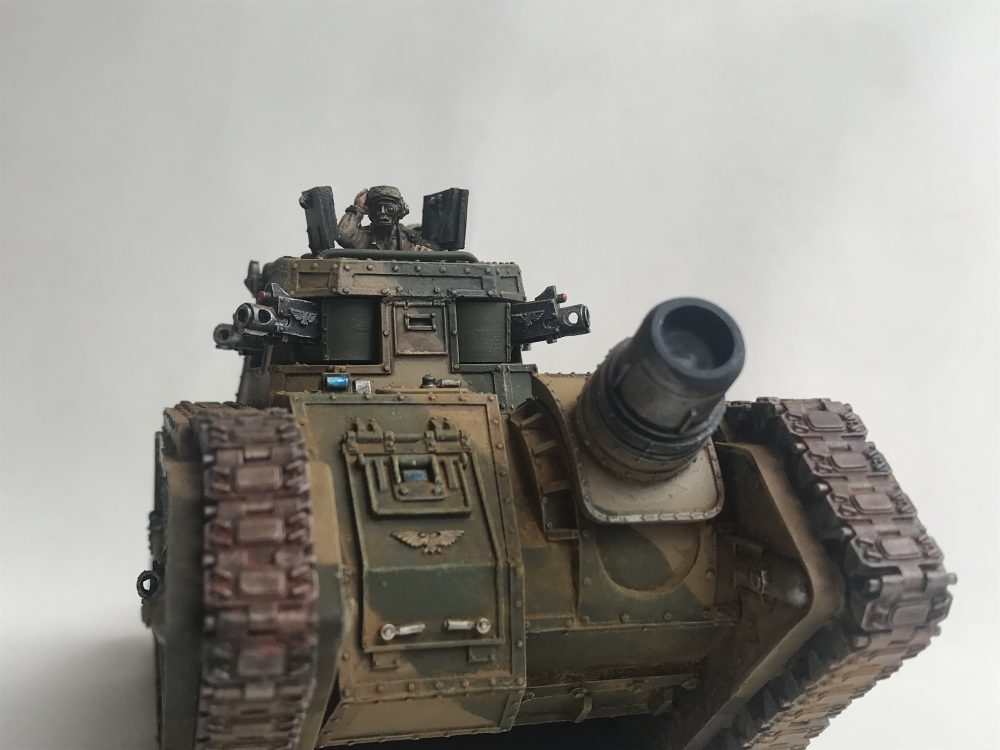 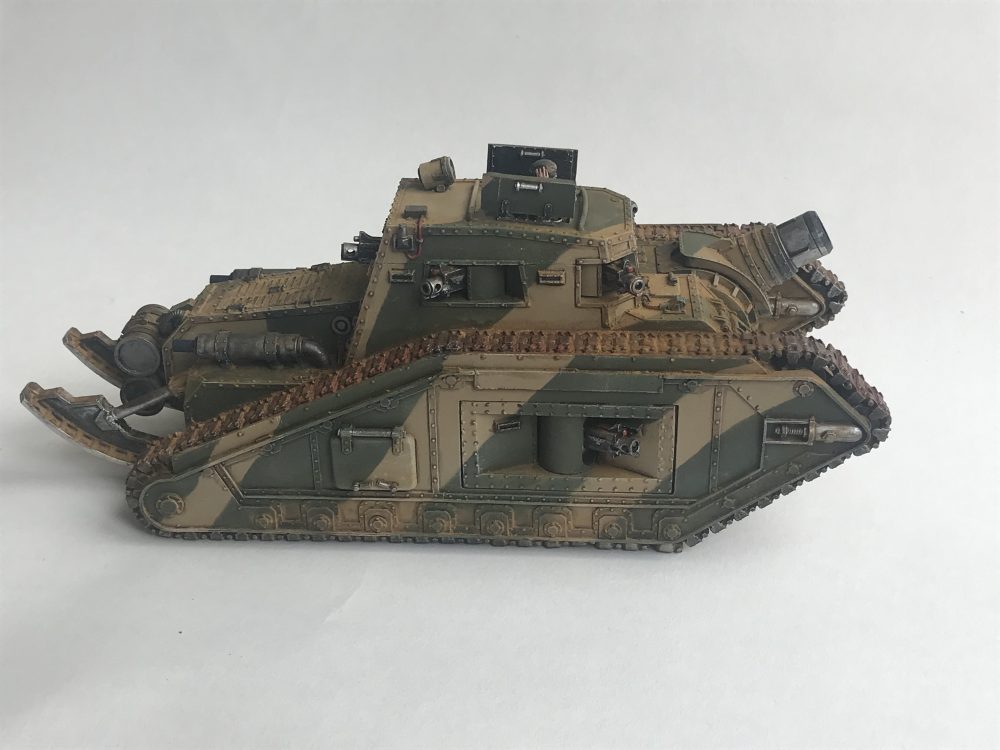 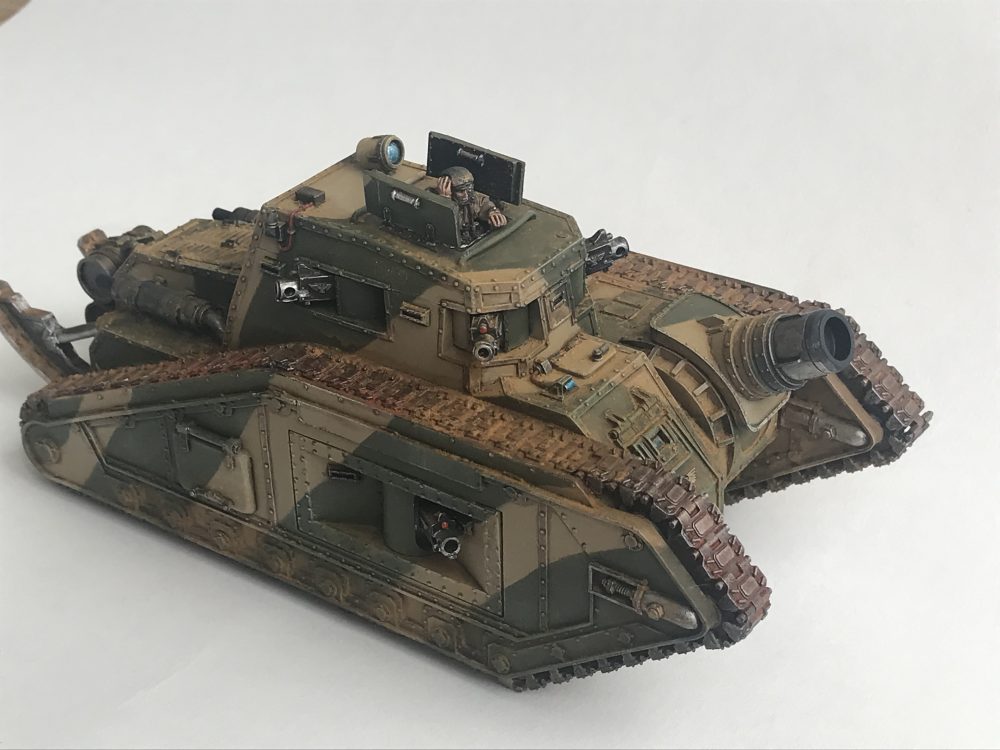 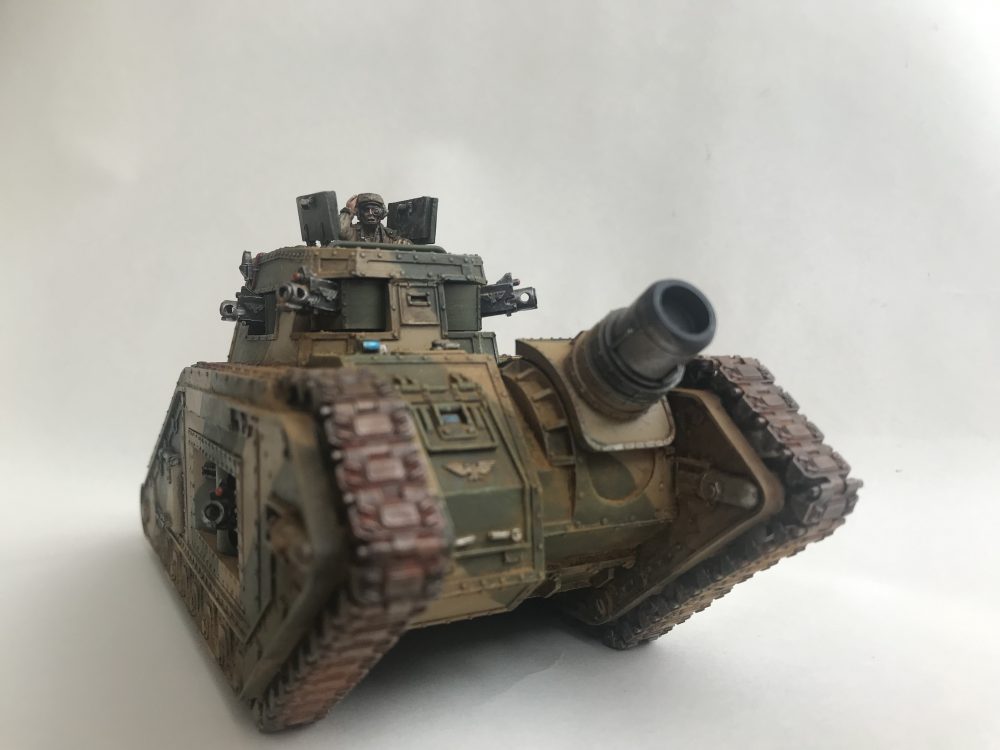 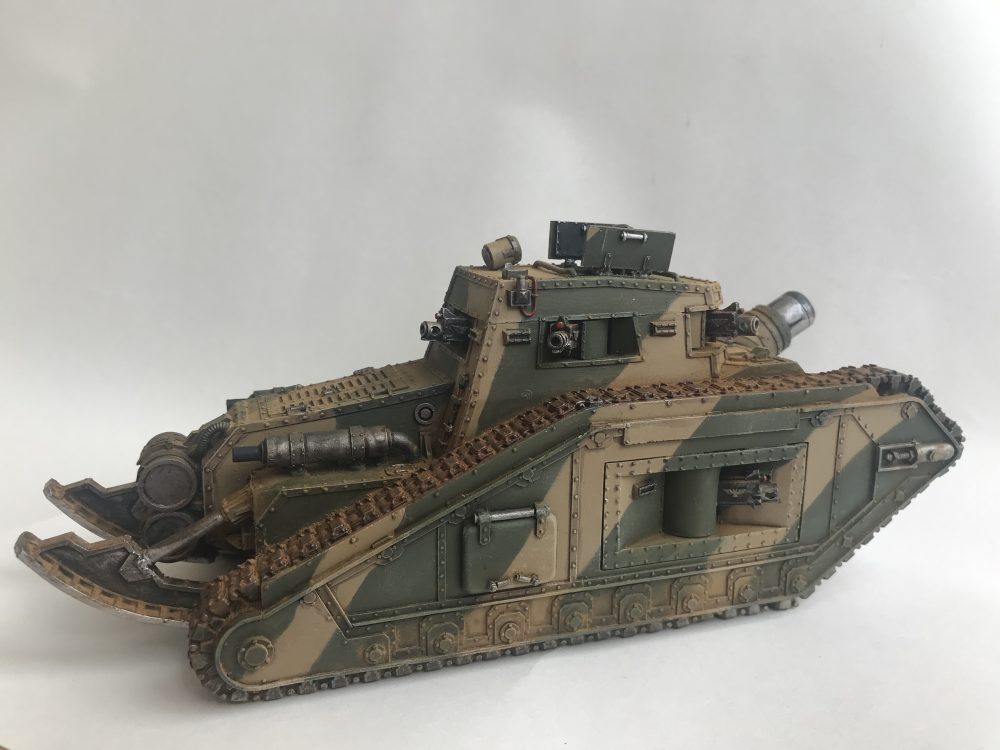 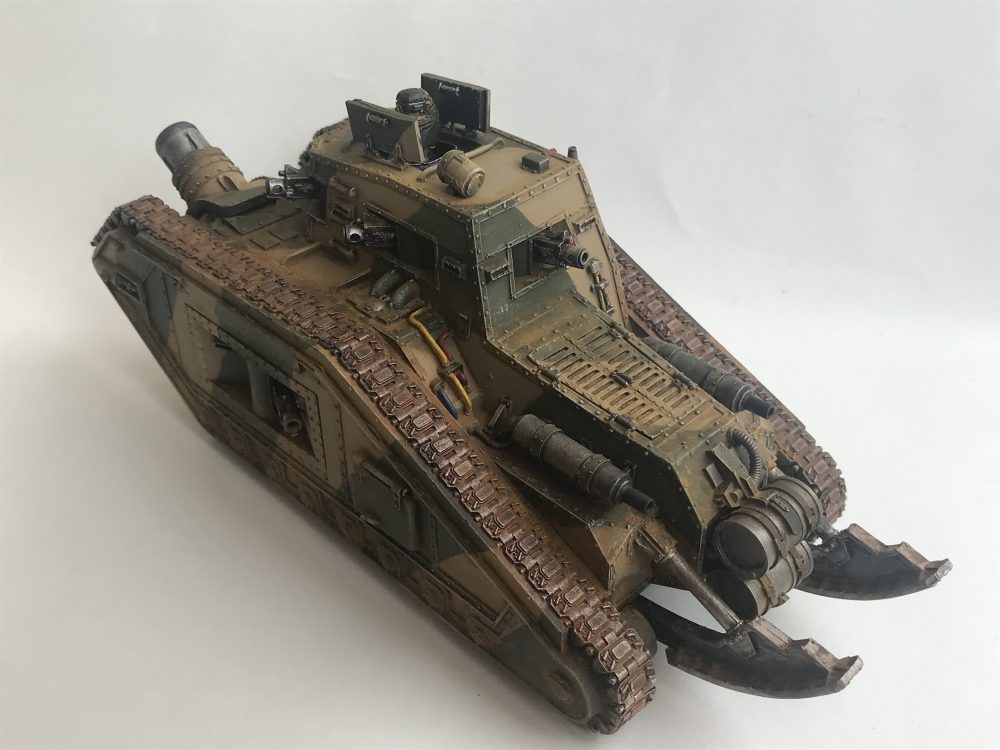 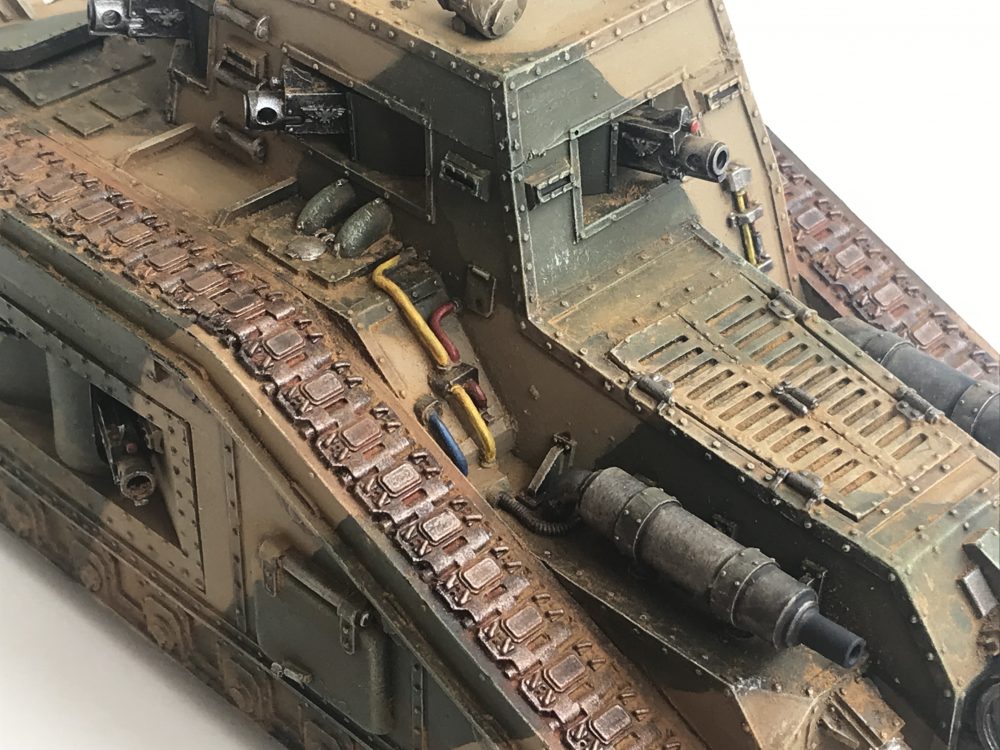 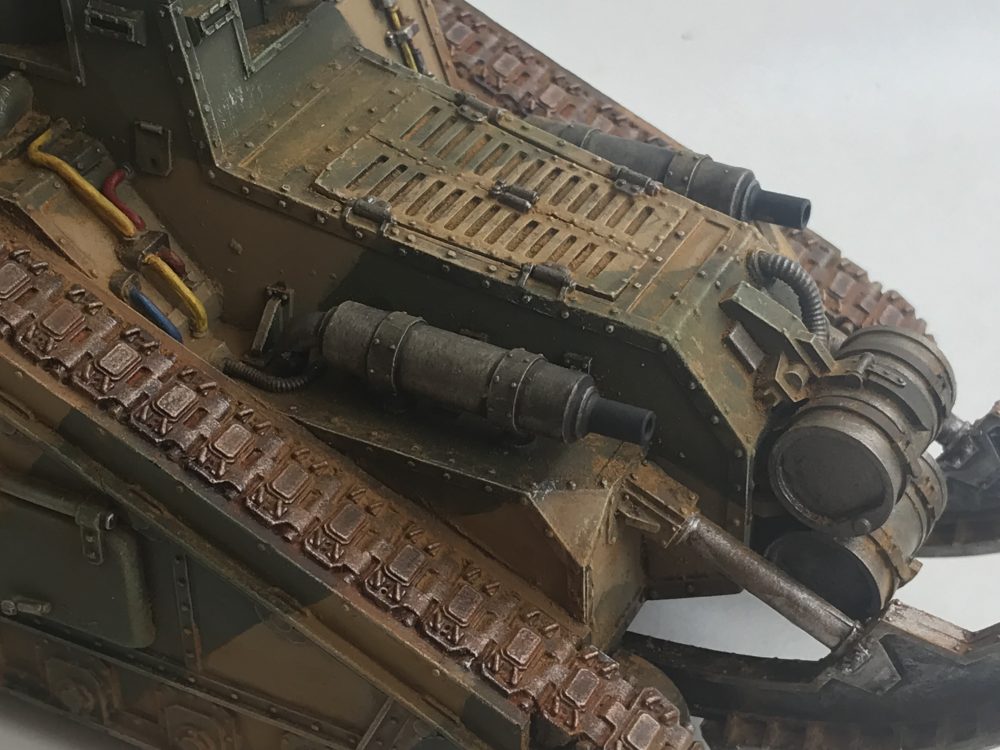 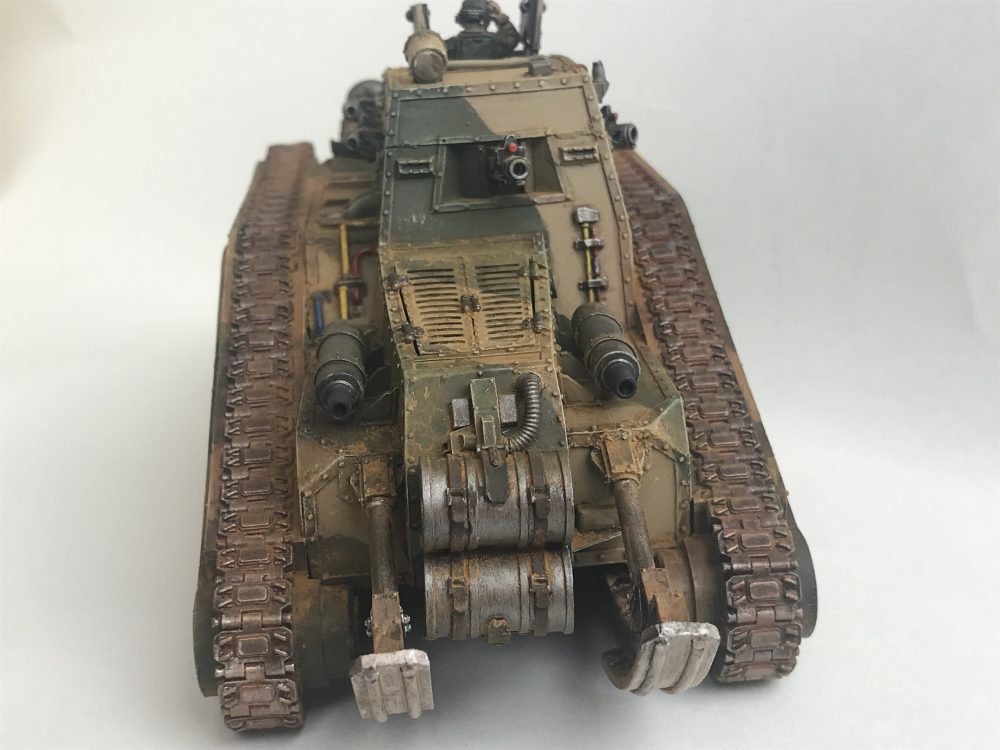 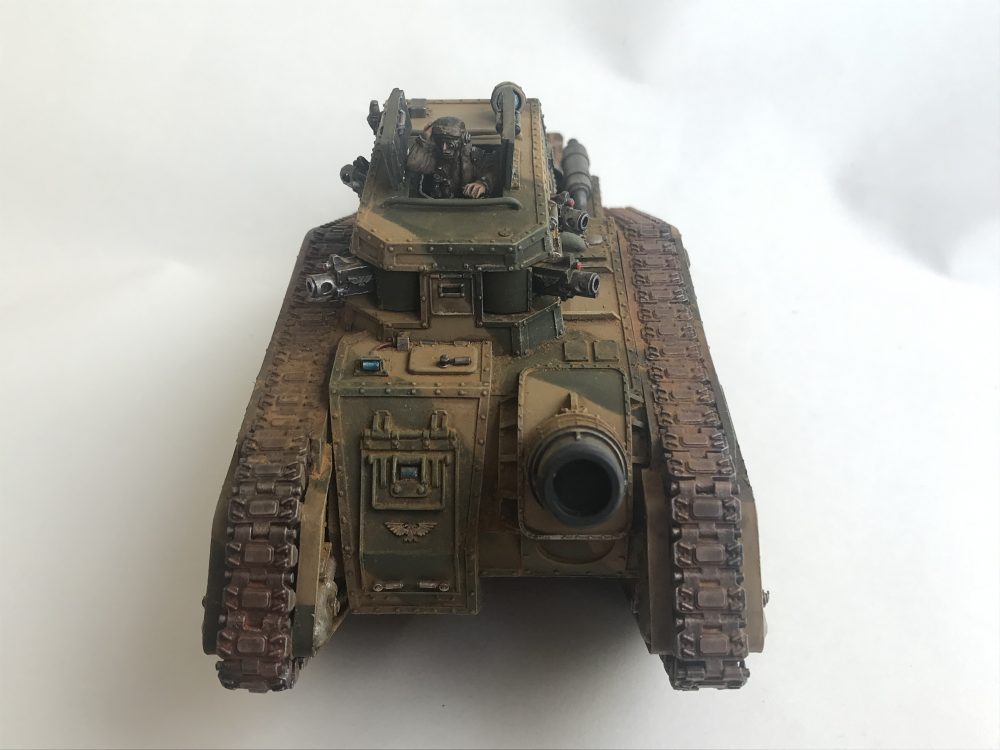 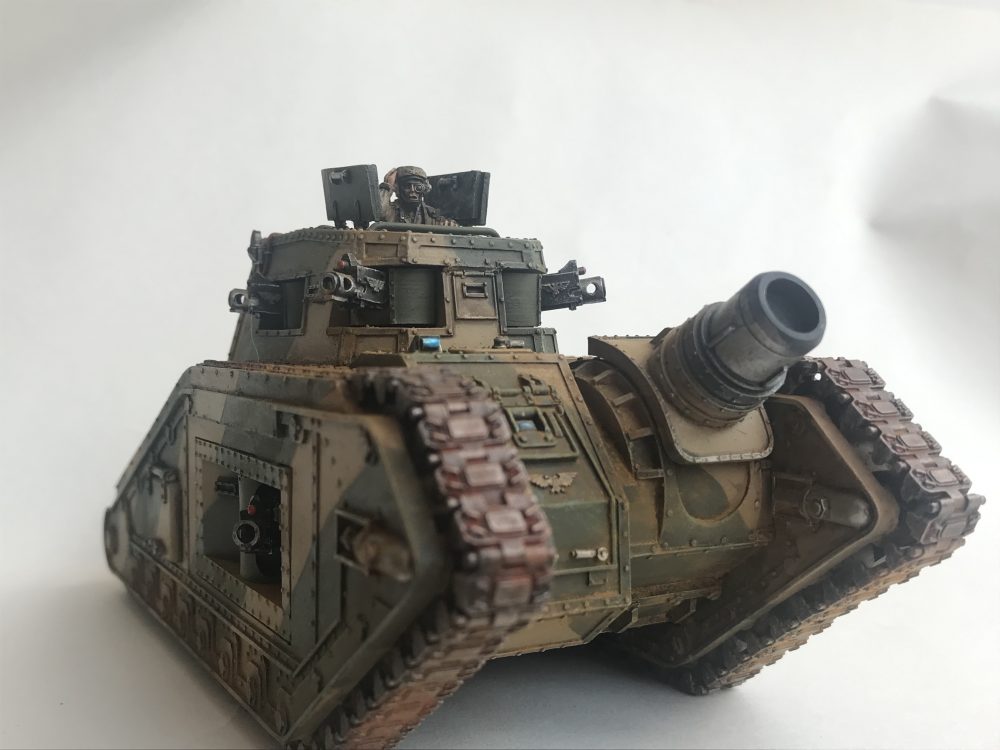 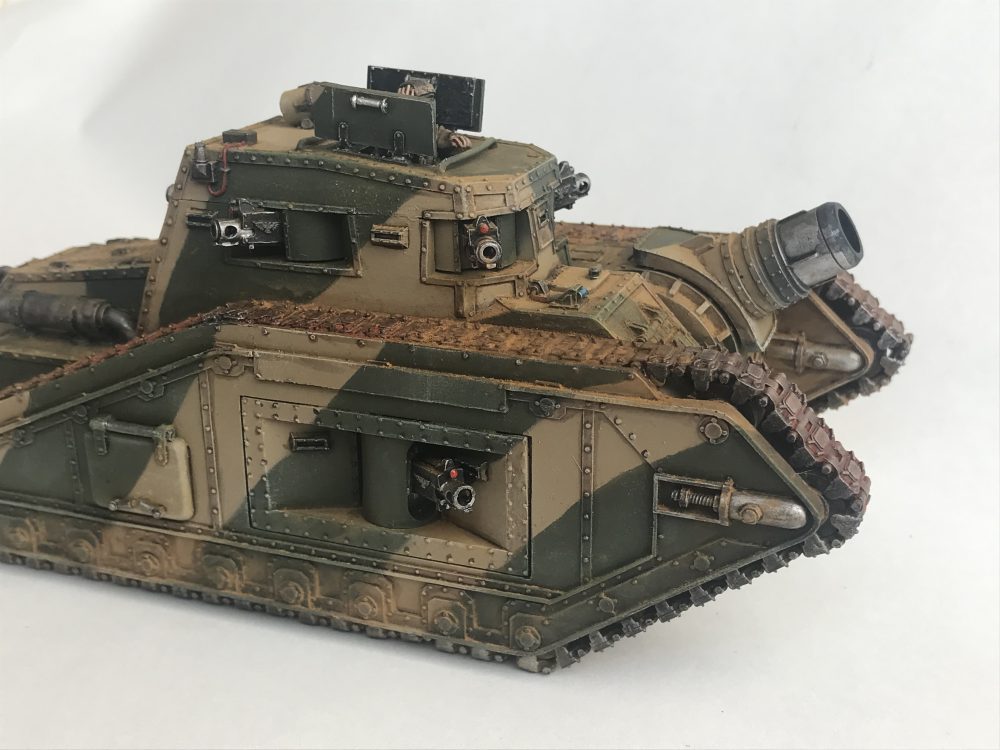 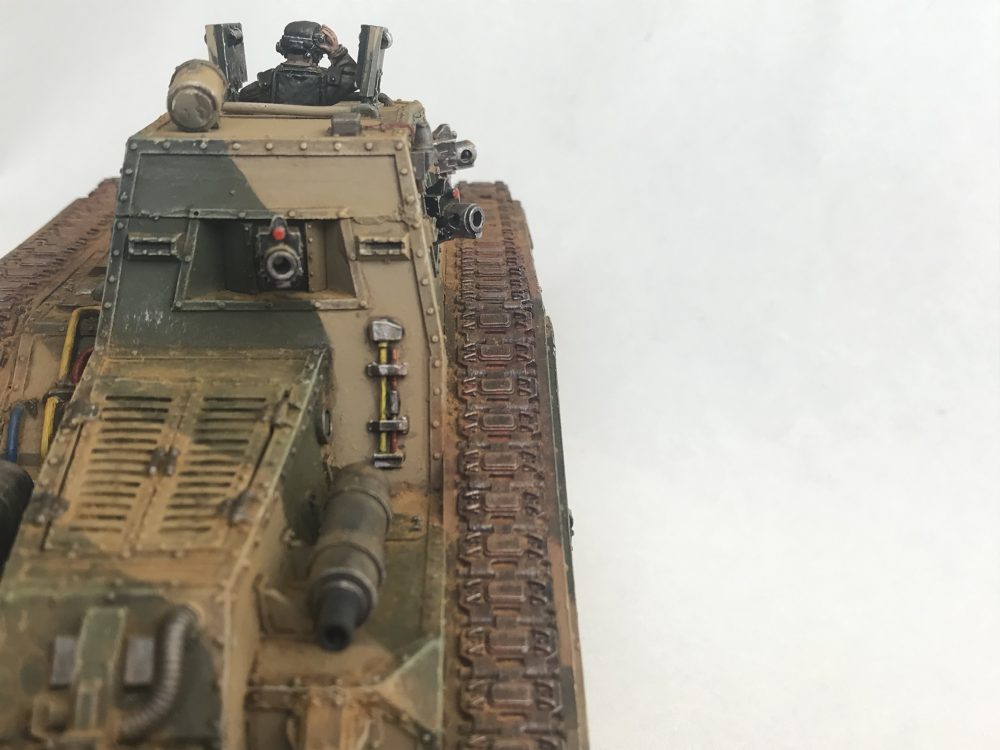