A short journal about 7 days of hobby

Recently I’ve been managing to get in little bits of hobby now and then. Rather than whole evening sessions. The little sessions seem to be working well and getting me into some hobby time more frequently. I’ve set myself a challenge to do 7 days of hobby in a row. Plus I have far too many unbuilt Leman Russ Tanks. It will give me lots of progress and might be fun to share my experience on my 40k blog about doing hobby little and often. Although now I’ve decided to do it I’ve immediately realised its impossible this week – I’m away for the weekend on a friend’s stag do.

So it’s hopefully going to be 5 consecutive days then a mini break then a couple of more days.

I went to the Forgeworld’s Open Day on Sunday, day zero, which wasn’t exactly hobby producing time. Just hobby inspiration time. Others I’m sure will do a better than me covering the (lack of) new releases so I won’t even try. But it was a great day meeting some new warmongers and generally hanging out chatting hobby all day. 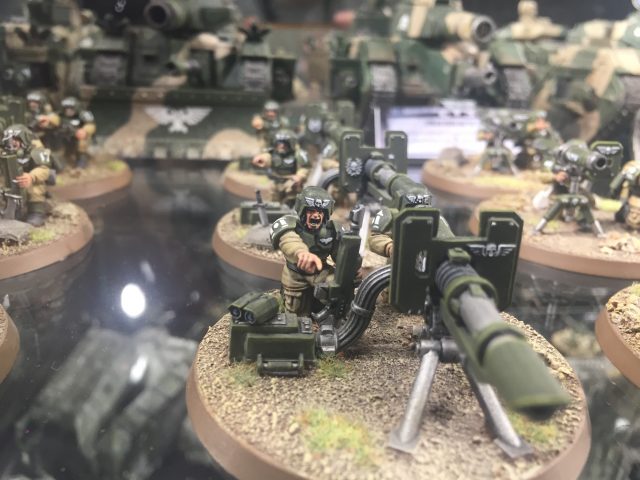 Quick Leman Russ Vanquisher build with no tracks but all sponson weapons and hull weapons clipped and filed ready for basing. I’ve always glued my tracks on because I didn’t know any other way. But it seems the norm to leave them on the sprue while painting and glue them on last. Seems like a good idea – I’m following suit from now on.

I just realised that the build looks awful close up. Partly due to super glue and then partly due to filing down bits, it looks awful, but feels smooth. *insert joke here*. 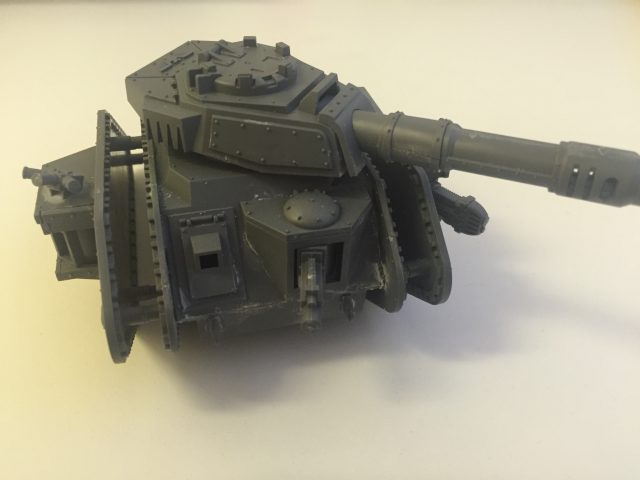 Sticking with the building I managed to put together a Officio Prefectus Commissar and a Lascannon Heavy Weapons team. Simple builds but satisfying none the less.

Feels good to be clearing out sprues that I have had for months. I also managed to get a base coat on the Commissar, Leman Russ and Lascannon before bed. 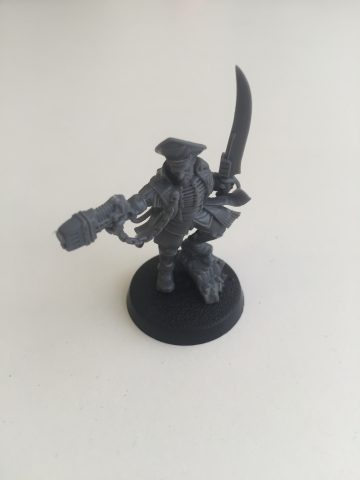 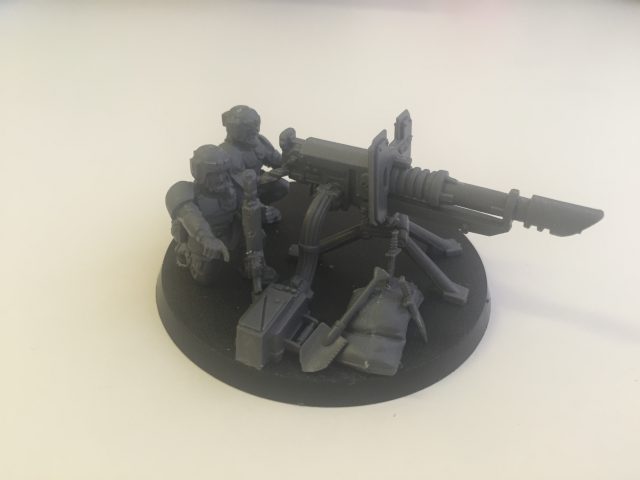 Built a second Leman Russ Vanquisher with no tracks. Also got a quick coat of Zandri Dust down on three of my Bullgryns. This was my first time using Lahmian Medium to thin down paints, I usually use water. But it works fairly well and forced me to use a greater number of thinner layers than I perhaps have done in the past. Which can only be a good thing? 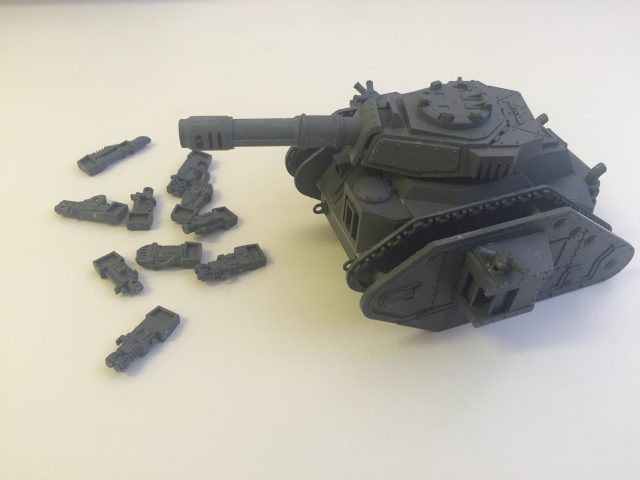 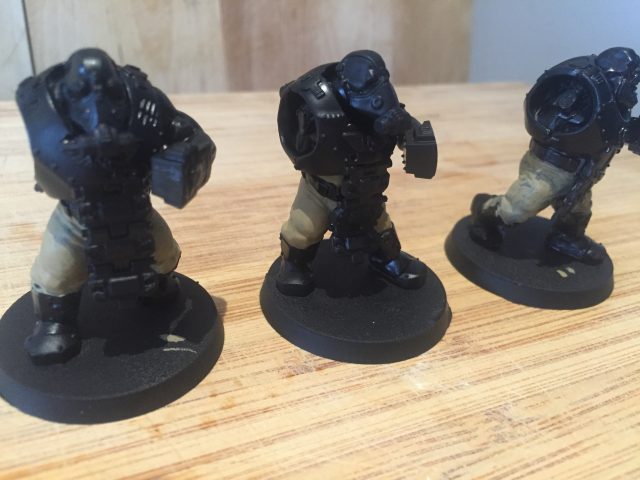 I got my final Leman Russ Vanquisher built today taking me up to a total of 5 Leman Russ tanks now. I say final, I actually found one more to build after this one! I’ve various turrets for them all so I’ll be able to field a few types easily. I also picked up a Forgeworld Executioner turret from eBay for a fiver. That can be my Pask/Tank Commander Executioner turret, just to set him apart. 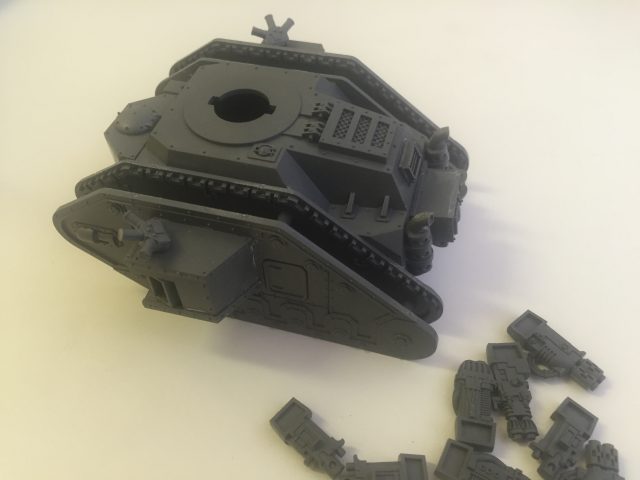 A little more work on the Bullgryns today. A final coat of Zandri Dust and then a nice solid layer of Castellan Green to get my two main base colours completed on what are probably my favourite infantry (ish) models – both to look at and to play with. 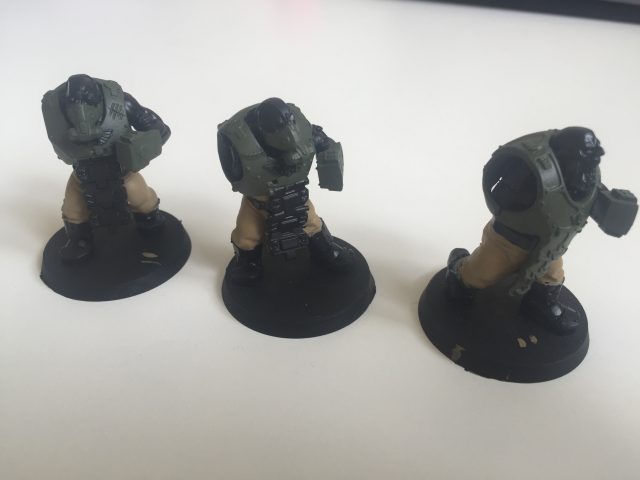 The real days 5 and 6 were breaks as I was away for the weekend with no way of completing any hobby.

Only little steps today unfortunately, but little steps are more than no steps. I got a coat of Zandri Dust down on a single Cadian Shock Trooper and on a Cadian Heavy Weapons Team. 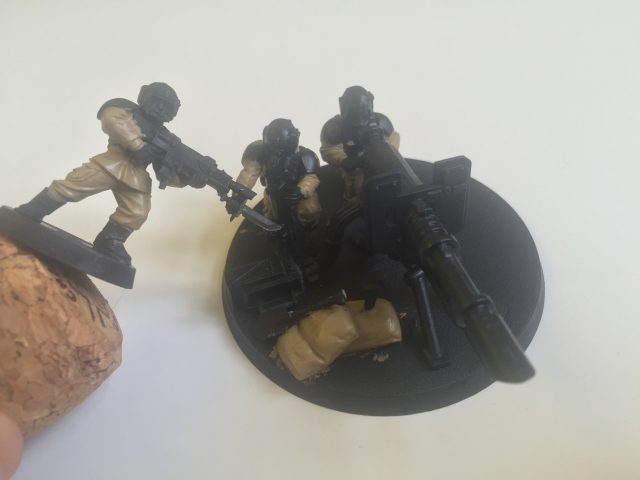 Final day and a completed my final Leman Russ. Again with no tracks. This takes me up to a total of 6 Leman Russ! 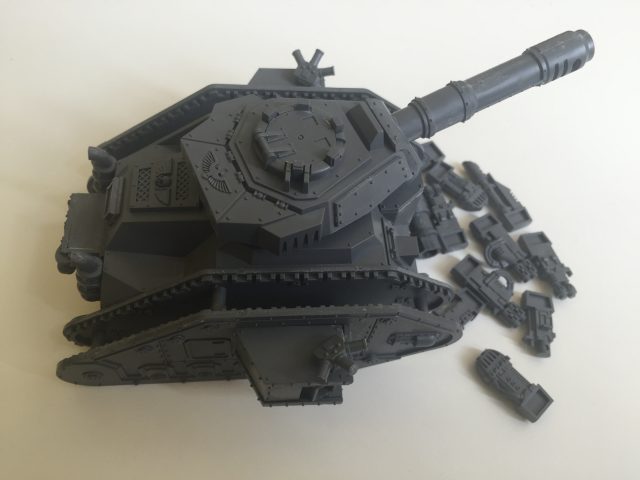 Not a bad showing even if I do say so myself.