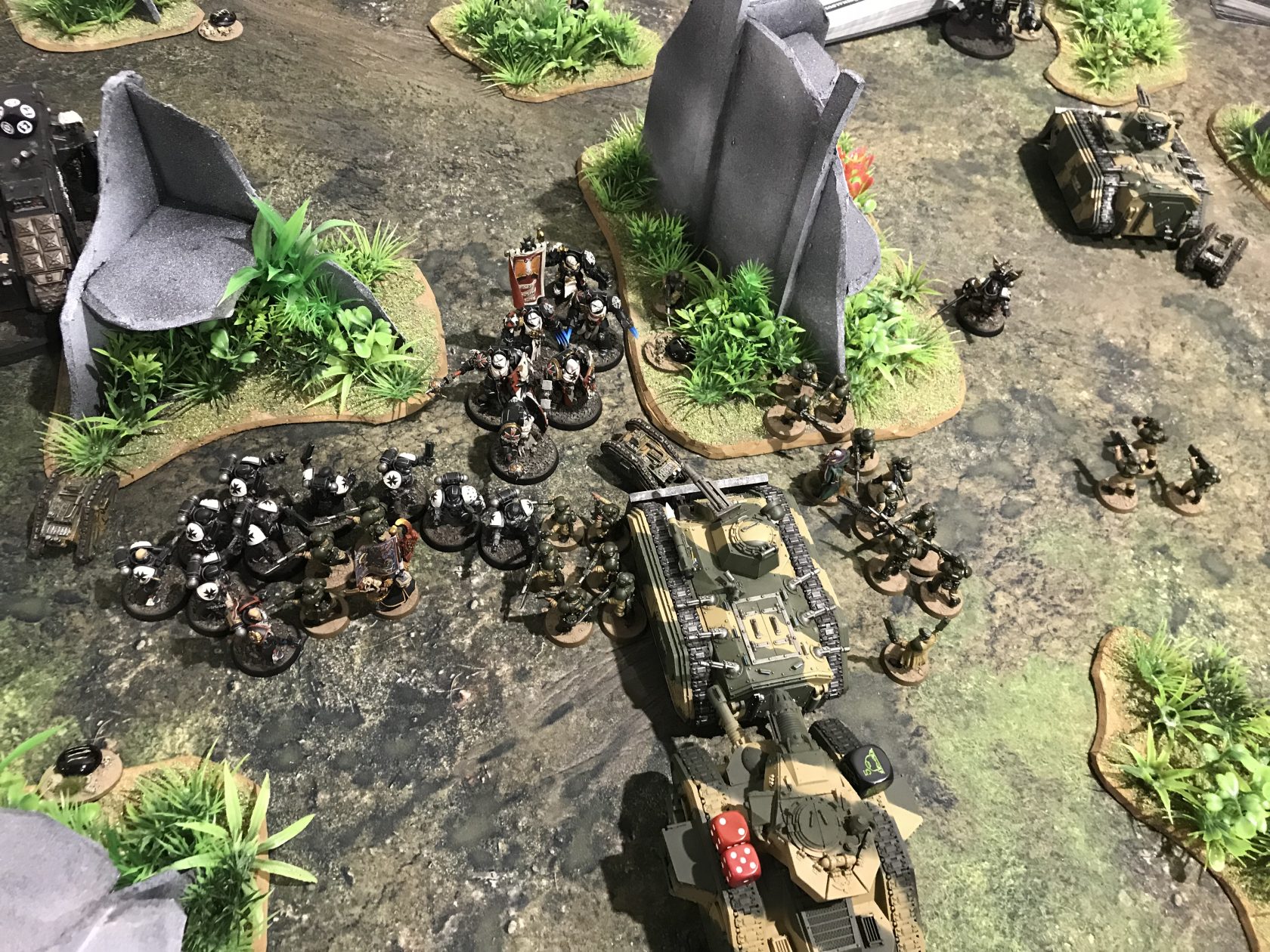 I got one large set of Urban Jungle terrain. There is also a Fantasy Jungle terrain set, but the urban buildings felt more in keeping with Warhammer 40K.

And this terrain seems very fitting now that my Catachans are taking shape in the form of three Cyclops Demolition Vehicles and three Hellhounds. Also got 30 Guardsmen on the way for Catachan too! They’re going to look awesome in amongst this Urban Jungle terrain! Anyway, less about me, more about this Go to Ground Wargaming Review…

The large set is £90. This is, of course, not a small amount of money. But it’ll cover your 6x4ft table with jungle terrain.

When buying terrain I always weigh up the cost of the terrain against what I could be doing instead. I’d rather for finishing miniatures to play with than sourcing bits and then creating terrain.

I have done terrain before and I do enjoy it. But just not as much as finishing off my pile of grey plastic. 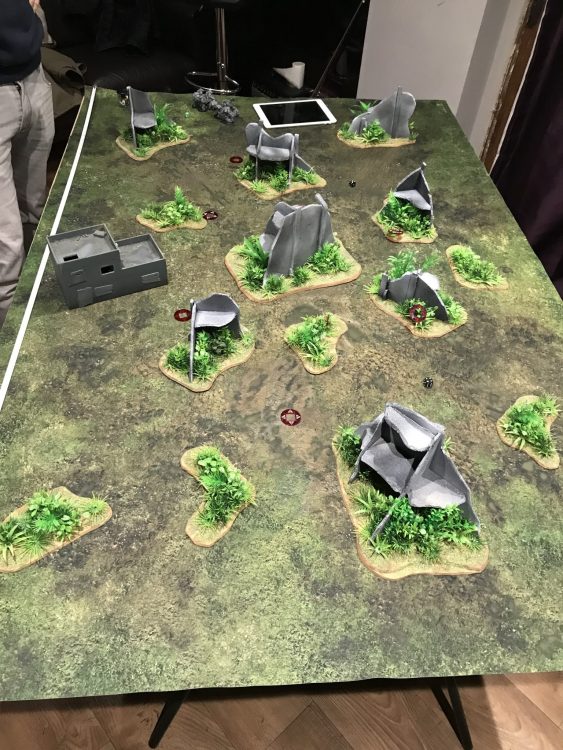 Delivery was quick, no issues there. Although expect a bit of a wait if there is no terrain done and in stock. It takes time to make of course. Expect to wait a couple of weeks – so plan in advance if you have a game coming up.

There were some slight issues with packaging. This I’m told has no been rectified, and I’m sure it has. The issue was partly unlucky too. The box was pretty full – which is a good thing! But it meant that when any pressure was applied to the box it was transferred onto the terrain. This results in two slightly bent bits of ruin. Easily fixed with a knife and some grey dry brushing. 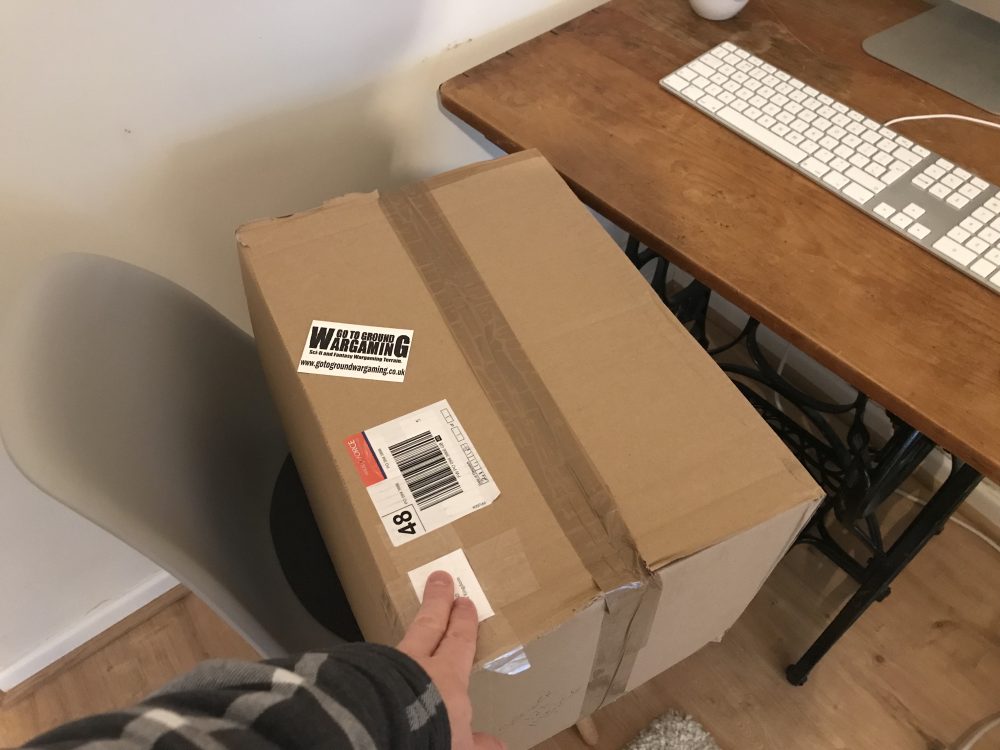 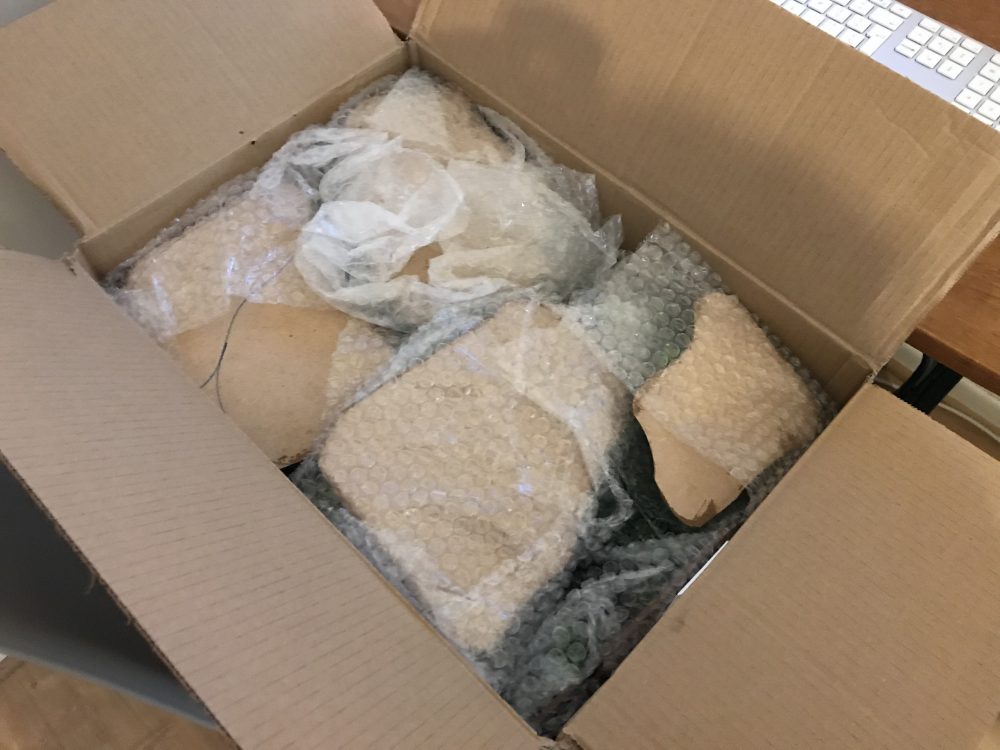 As for the terrain – I’m really happy with it. It looks like a jungle for sure!

The bases of the terrain are flat and sturdy. The ruins are big enough to fit a few models on without being able to fit whole legions on infantry on them.

The jungle bits of green are made from thick plastic. Perhaps they are meant for fish tanks? But they work well here and they are varied in both size and appearance.

The actual jungle in the ground levels is pretty dense and placing models inside of this dense jungle is pretty hard work. Especially during the heat of the battle/game.

To combat this we just house rule it…

If an infantry model’s base is partially in a jungle section then they are in cover. If they are on a ruin, then they count as being in a ruin.

Simple. Then it’s clear what is and is not in cover when using the jungle. It also means you can keep the pace up. Rather than trying to delicately place models in jungles. 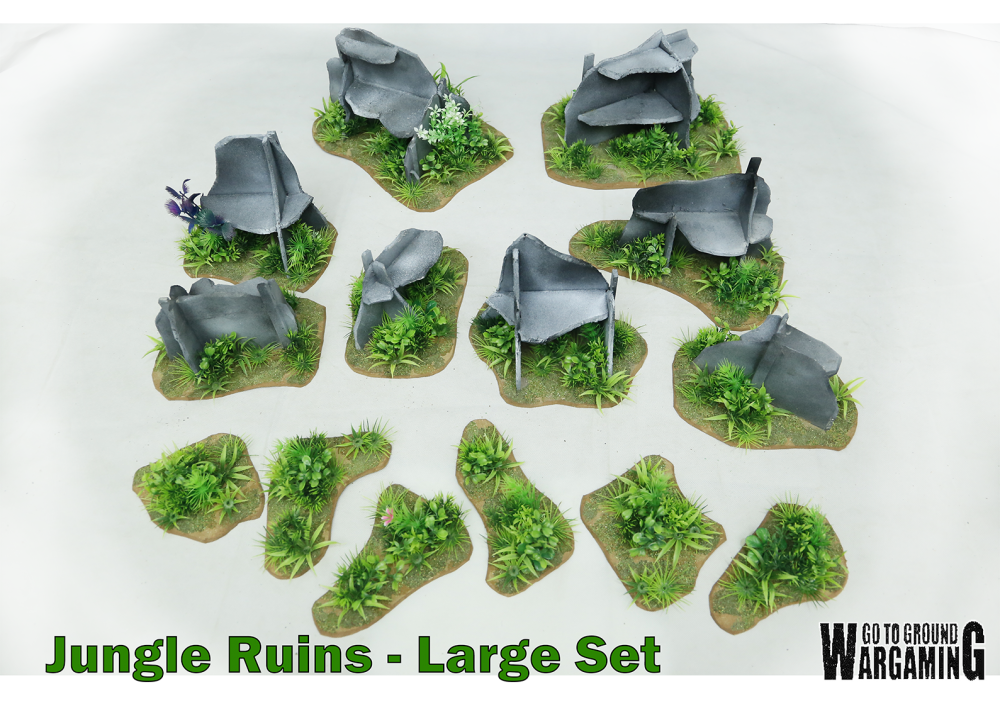 I’d highly recommend the Urban Jungle Terrain from Go To Ground Wargaming. Even a smaller set will give you decent coverage and leave you some space for some larger pieces of terrain to block line of sight.

One final point. When you buy a table full of terrain, rather than make it yourself, you’re left with some themed terrain and time. Time because you’ve not poured hours and hours into a table of terrain! You can that time to make an asking centrepiece for your newly themed table? It’s a nice idea for sure. Maybe one day I will make a central temple or something for the jungle table…

These photos are taken from my game versus the Black Templars. 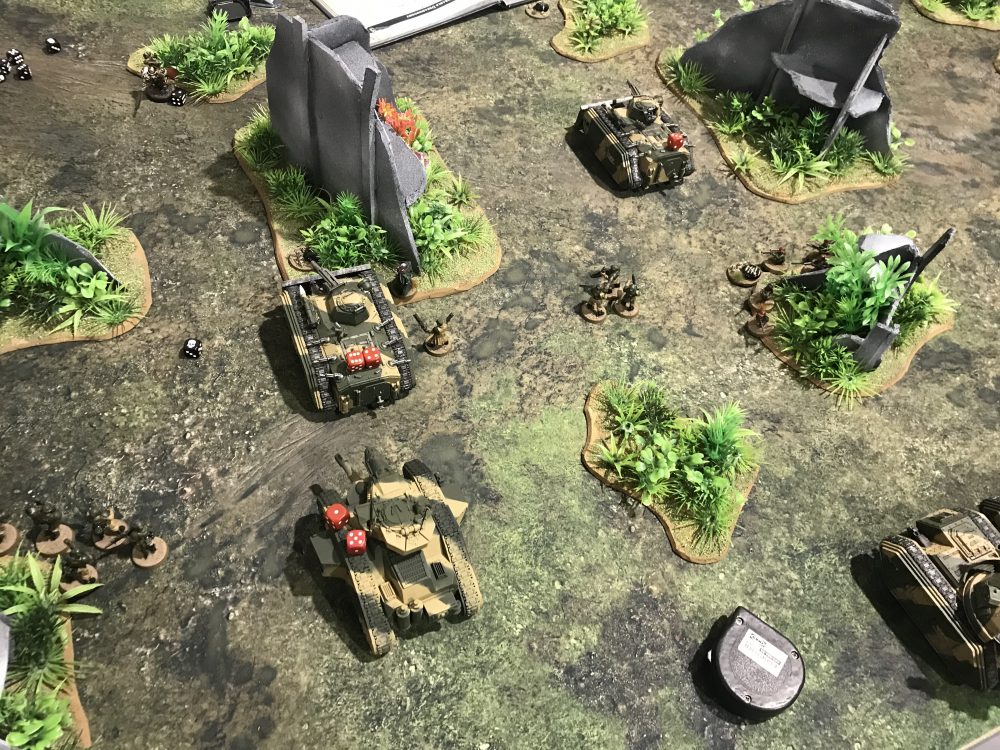 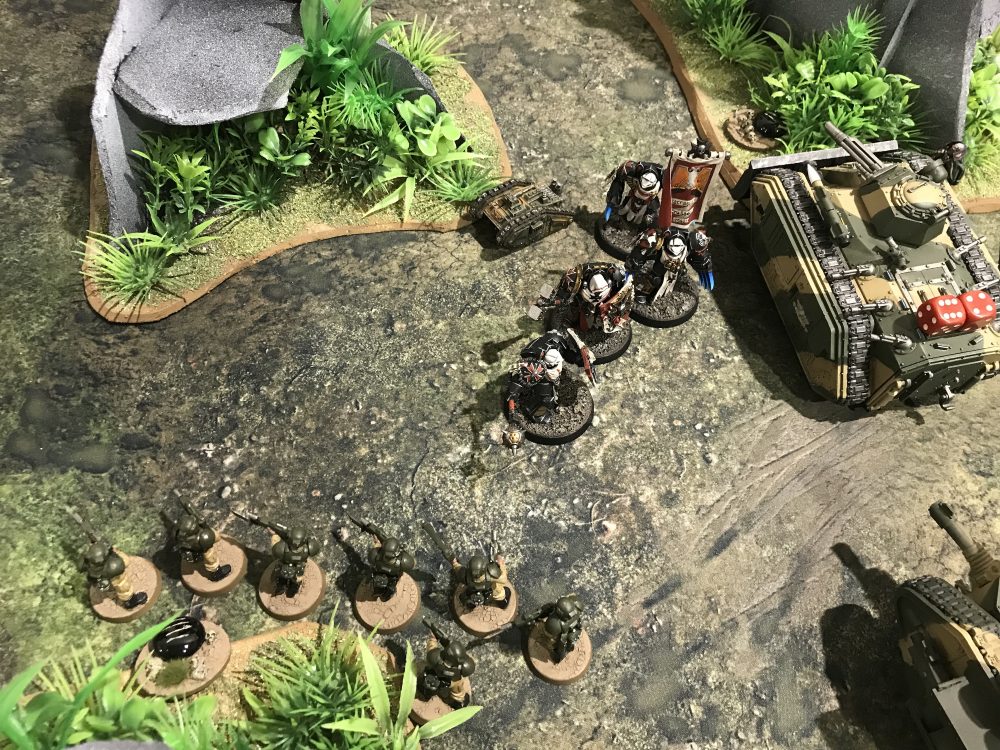 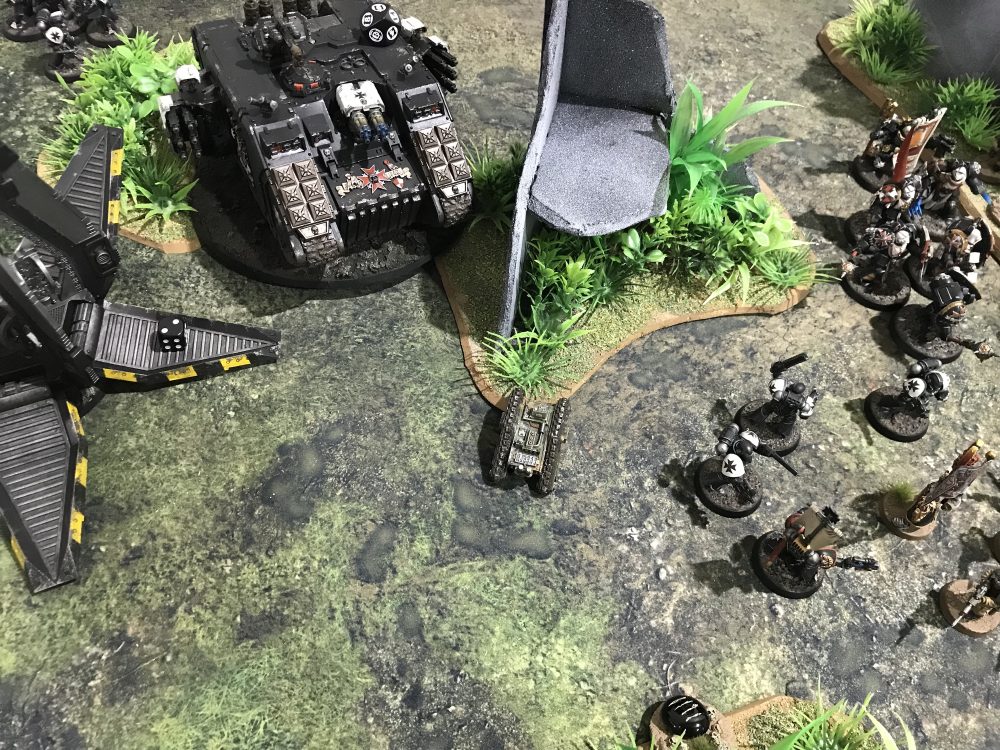 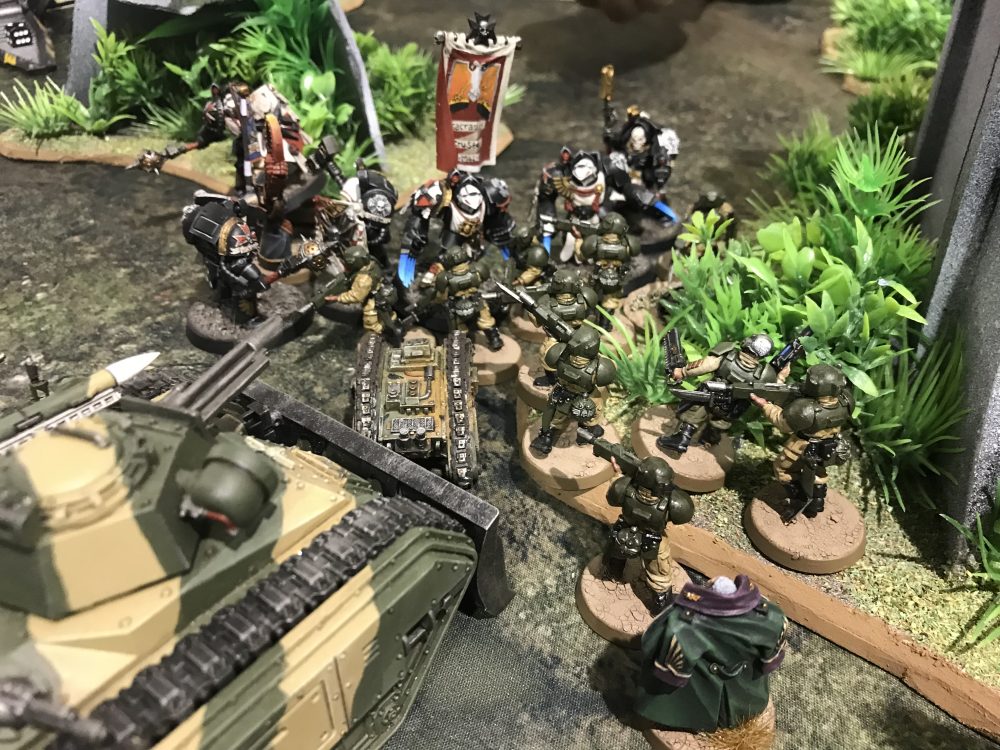 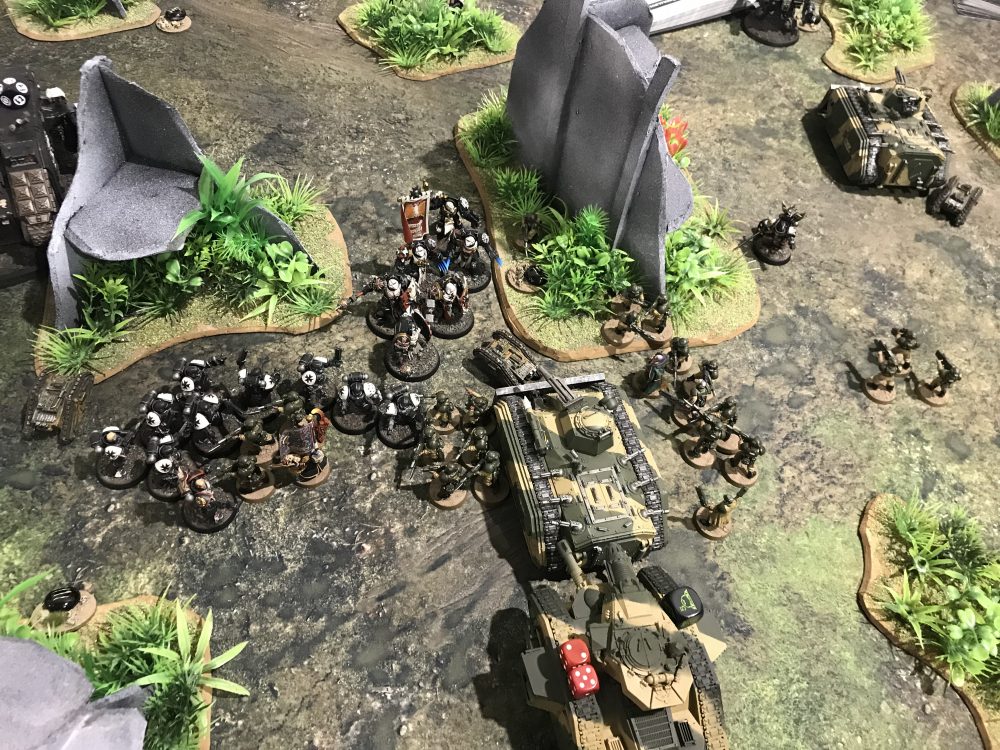 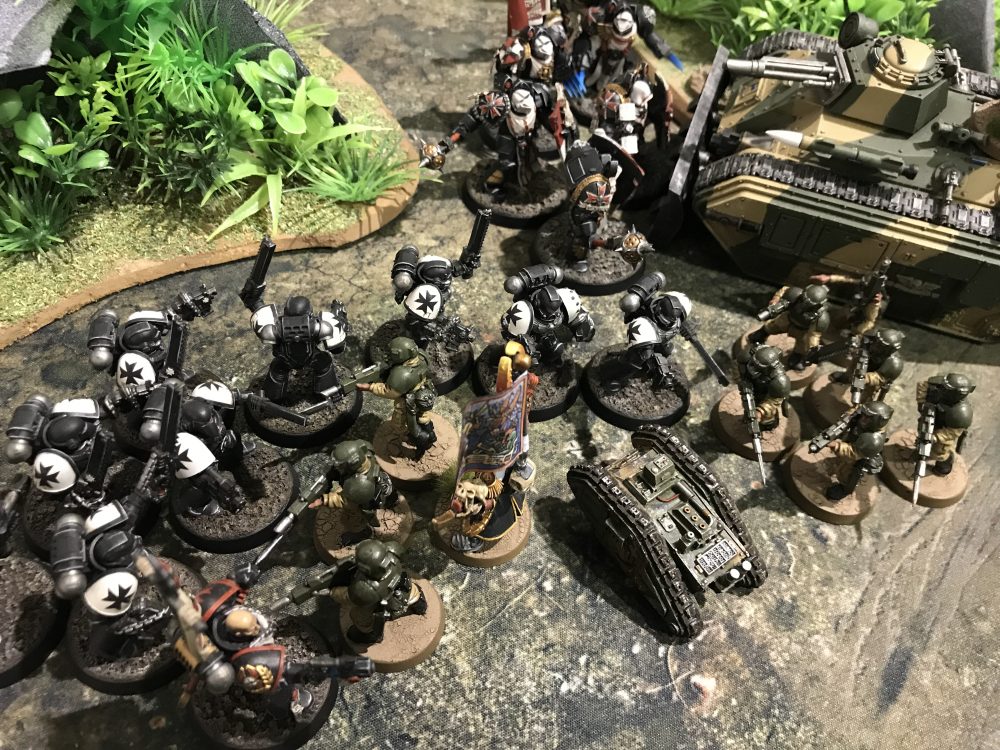 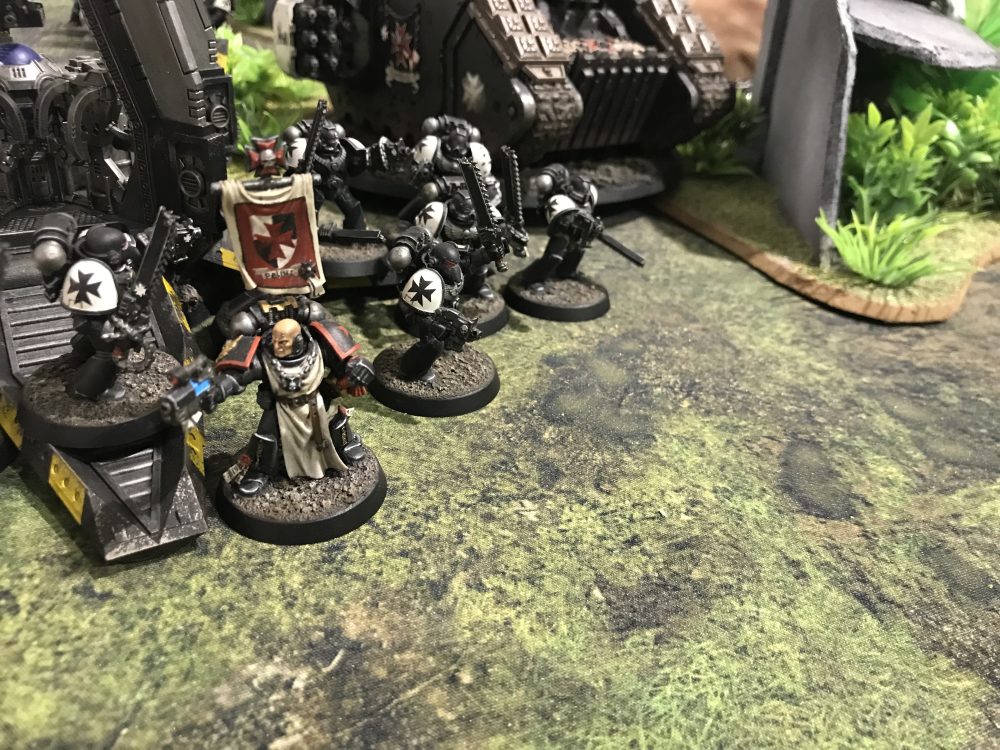 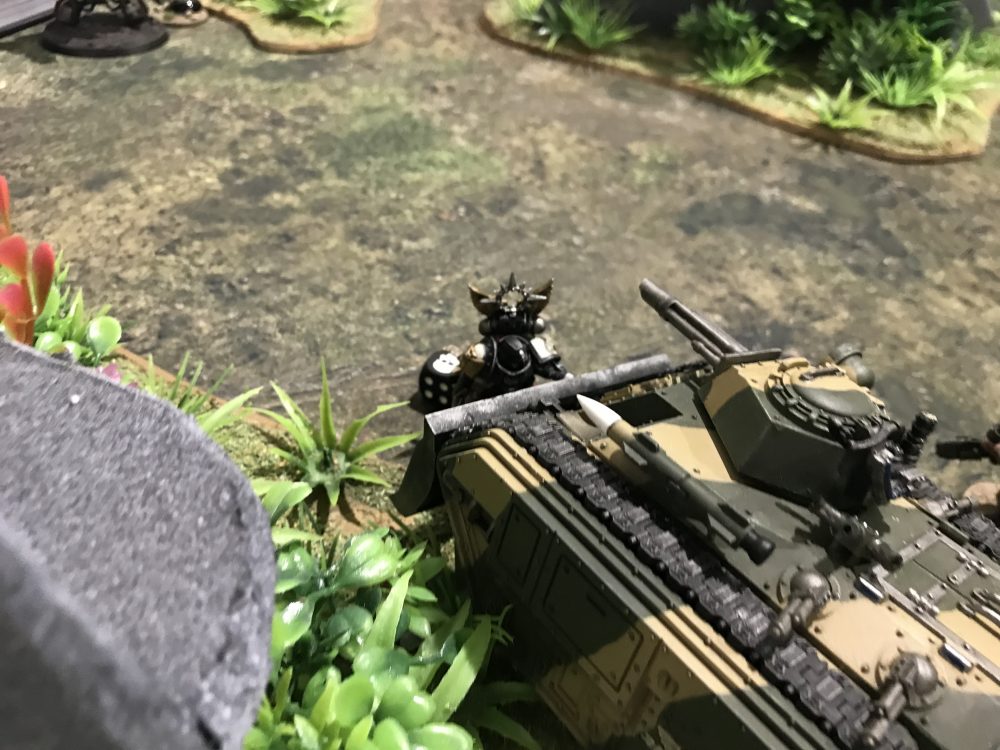 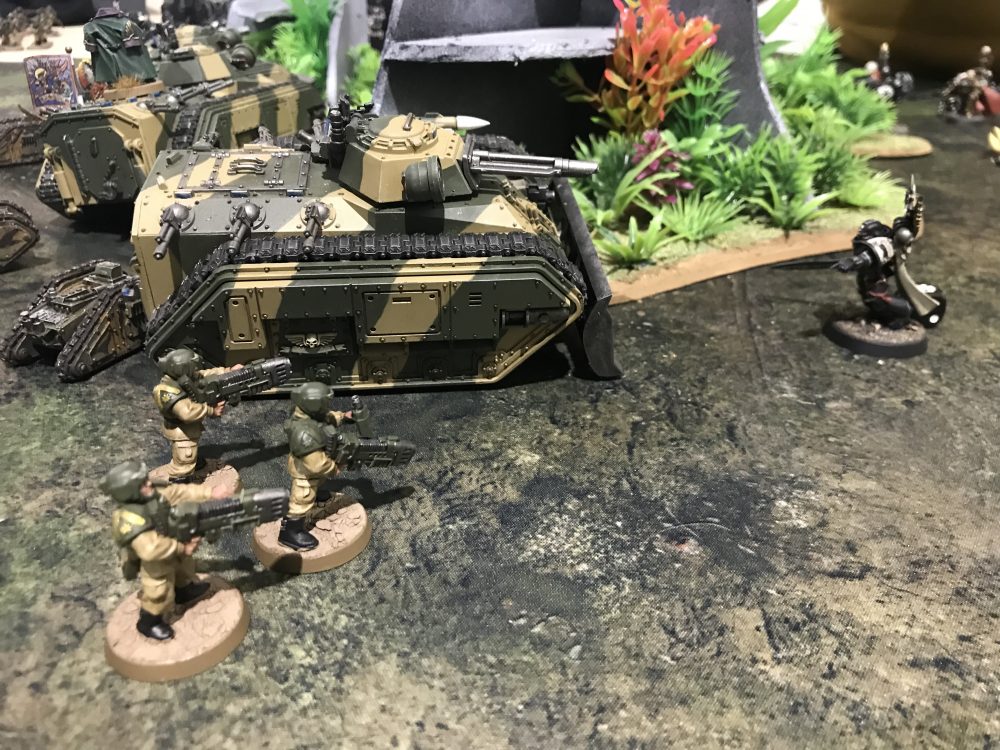 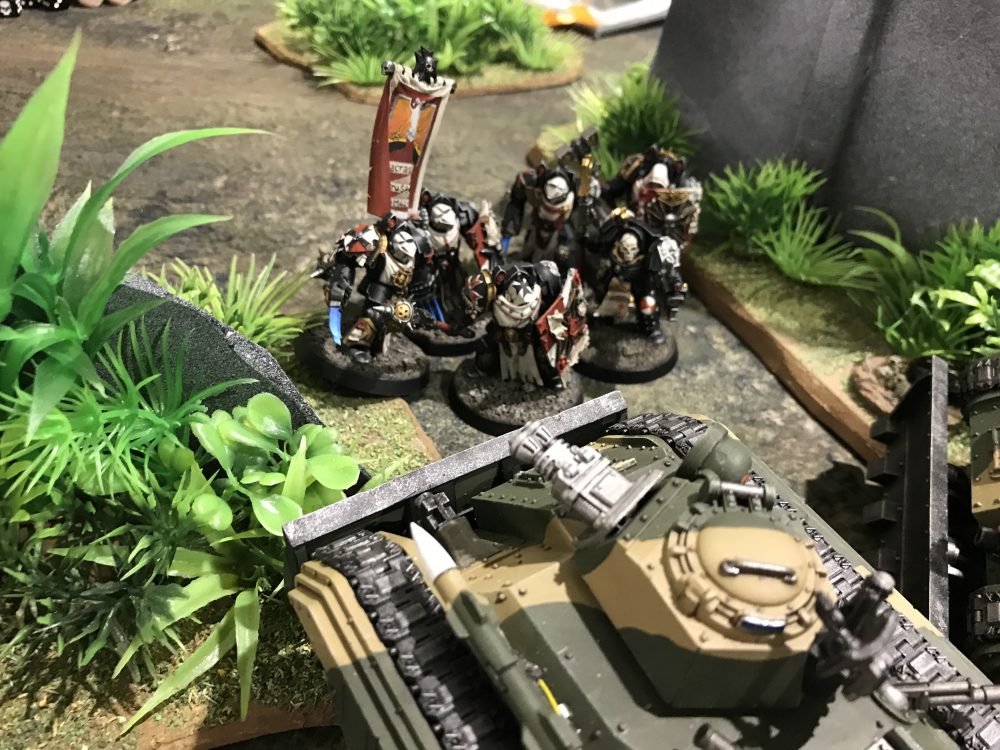 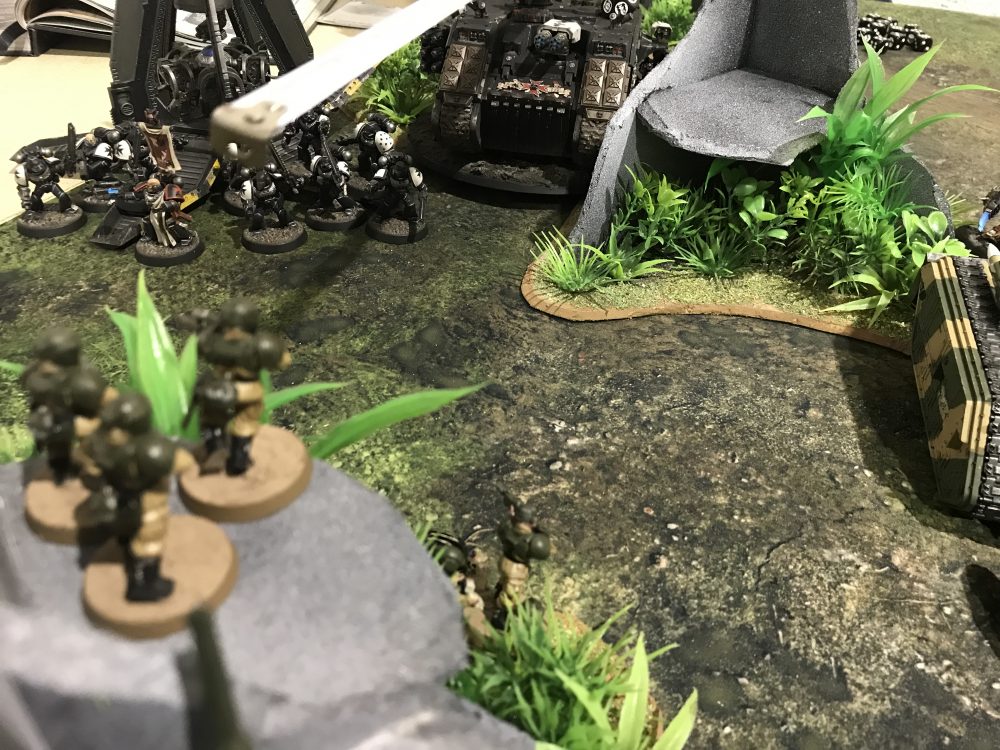 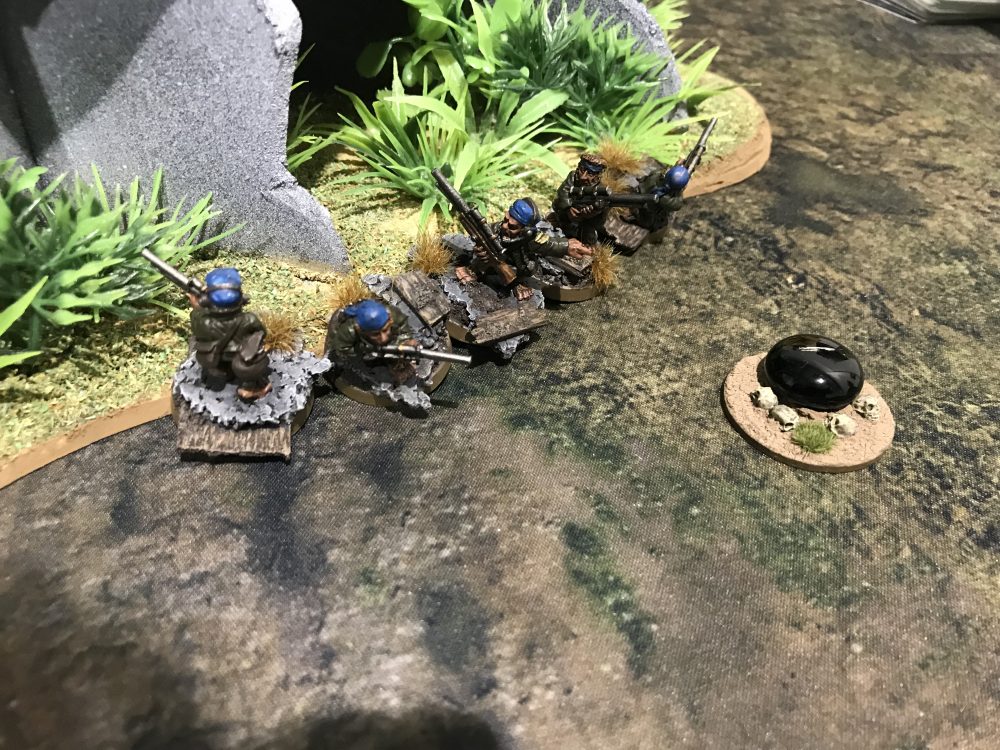 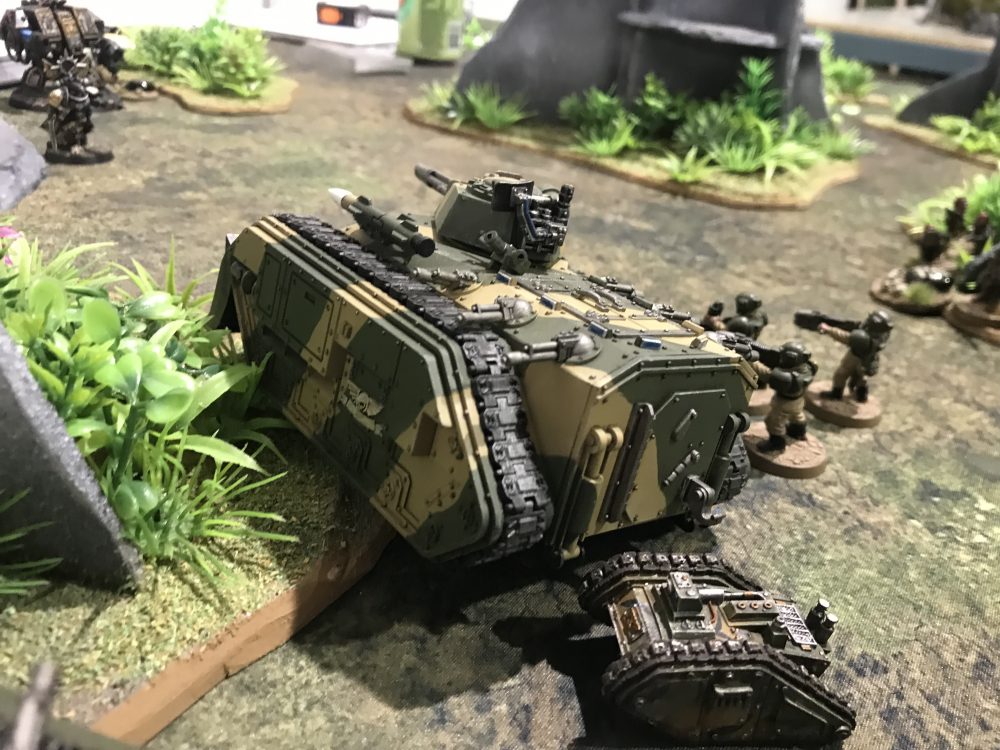 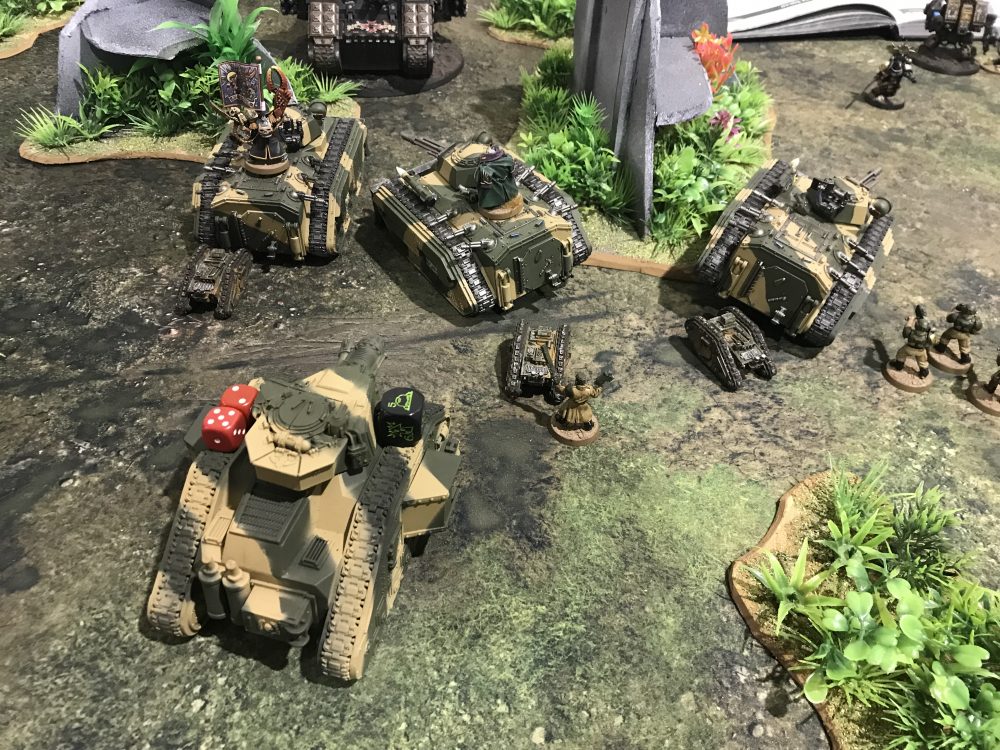 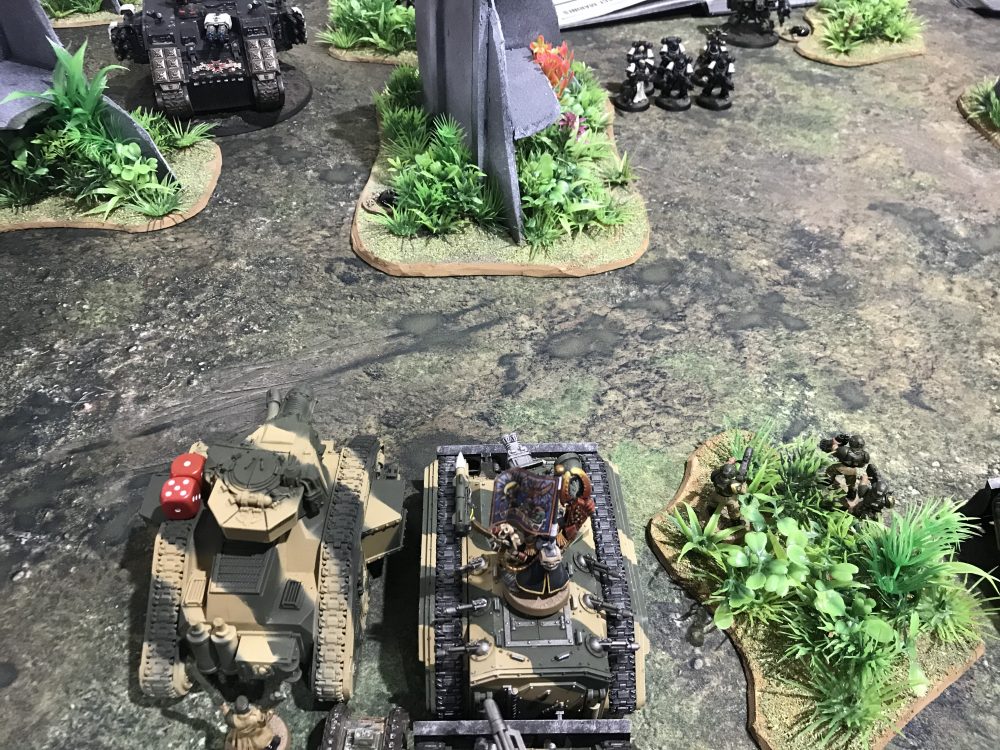 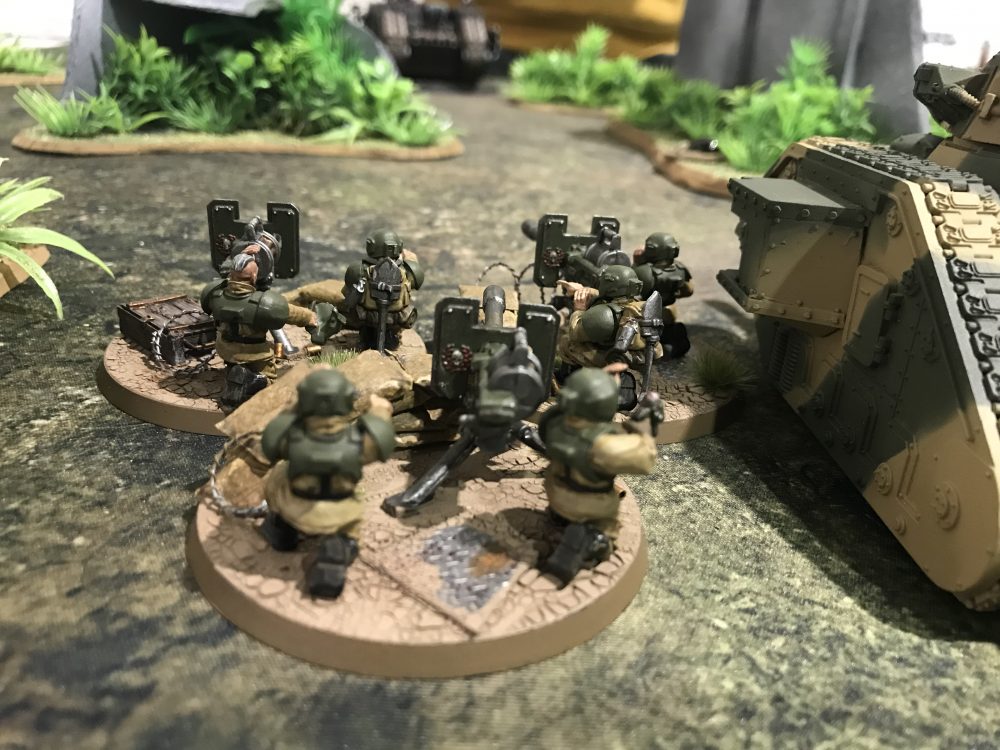 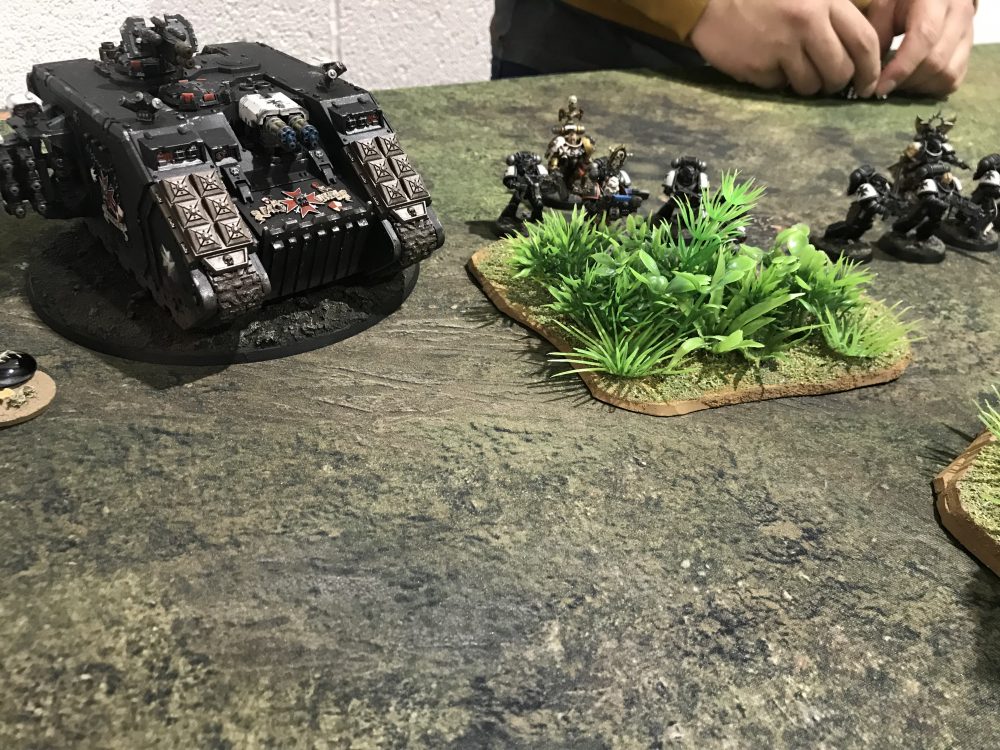 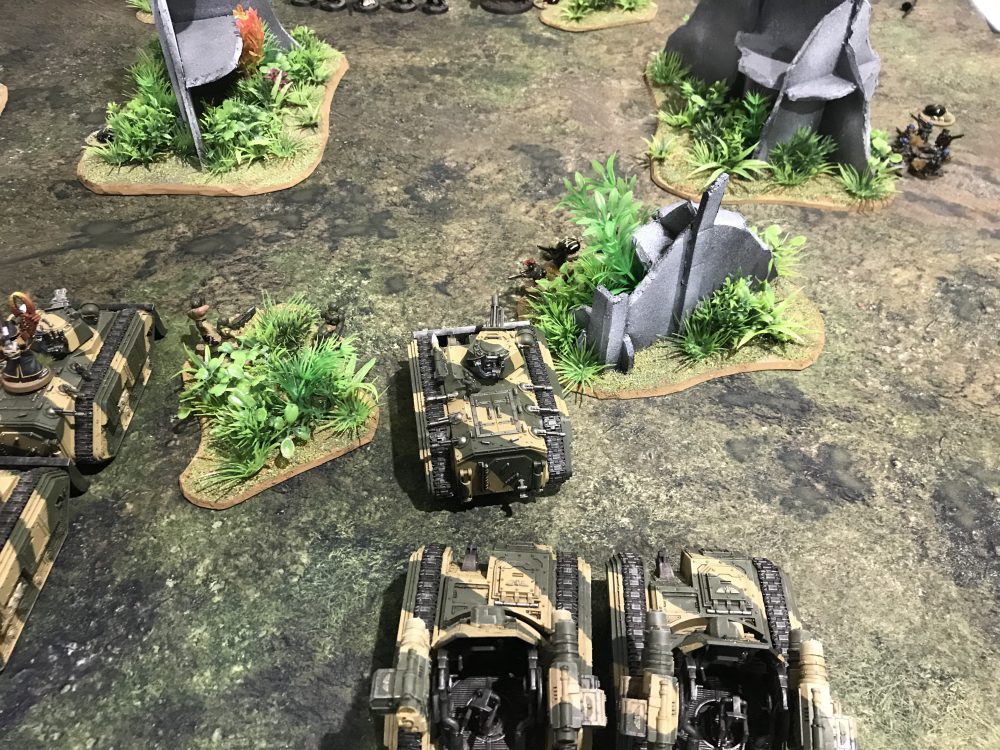 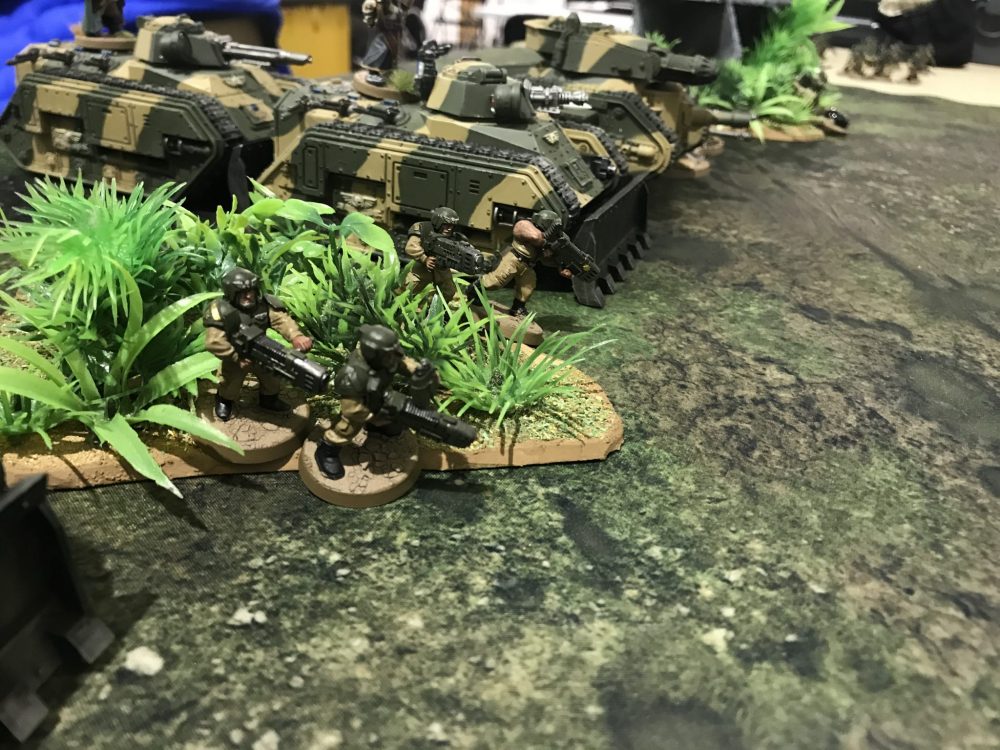 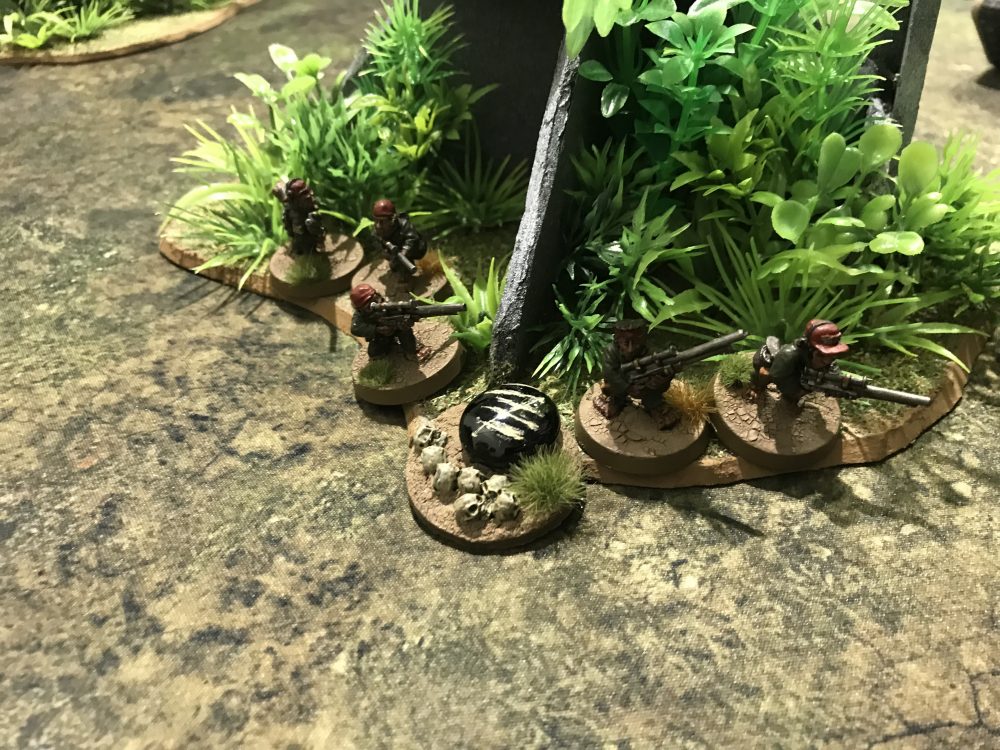