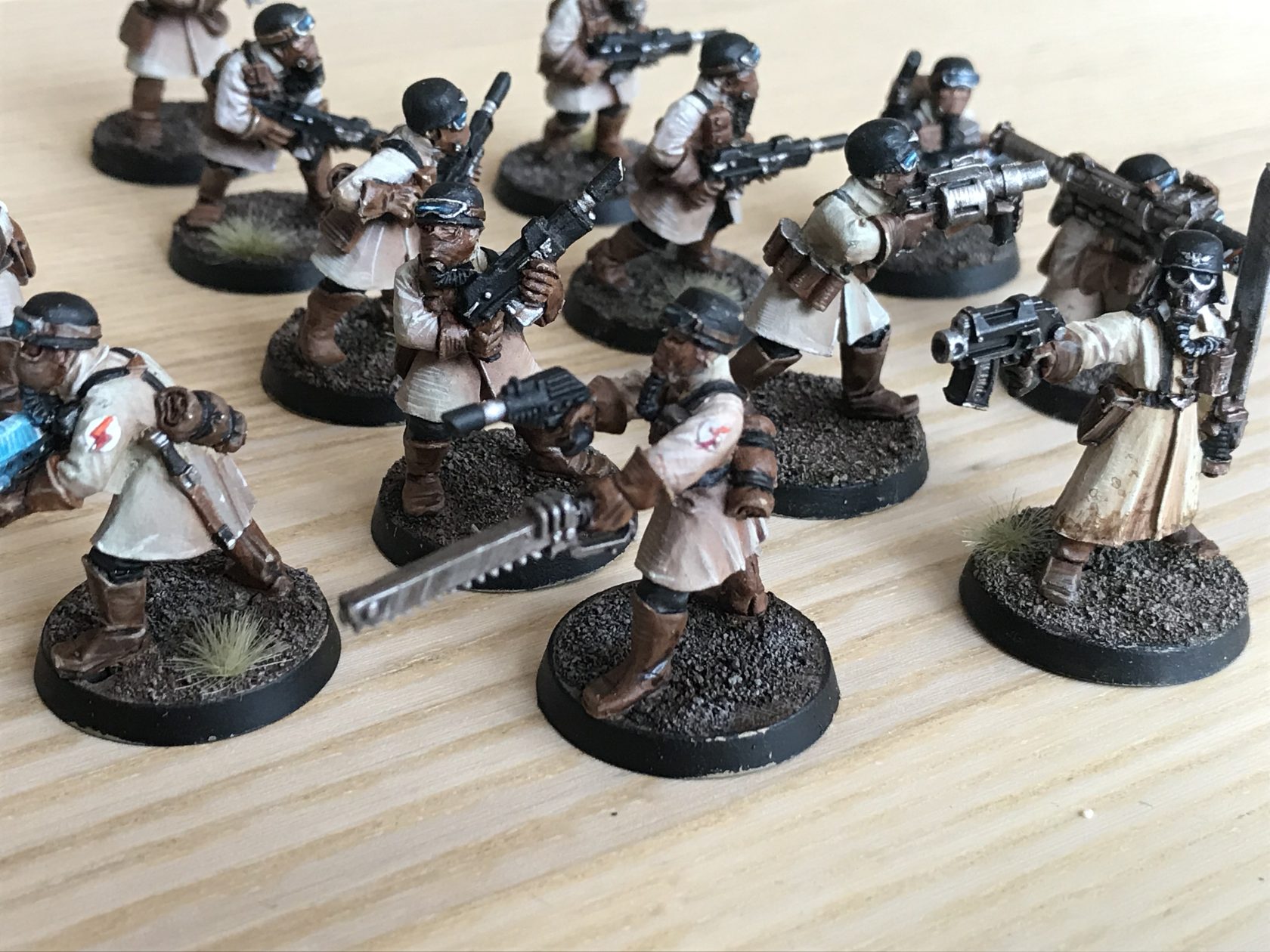 I have some more forces joining my ranks, Steel Legion!

Another day and another regiment will join my ranks! Today the Steel Legion join my growing Catachan force and my Cadians. I have spoken about having a Steel Legion force before. Let us take a look at this Endar Miniatures Review…

Endar Miniatures completed these Steel Legion for me and I’m more than happy with them!

I went for a very specific mix of models to give me some decent options. 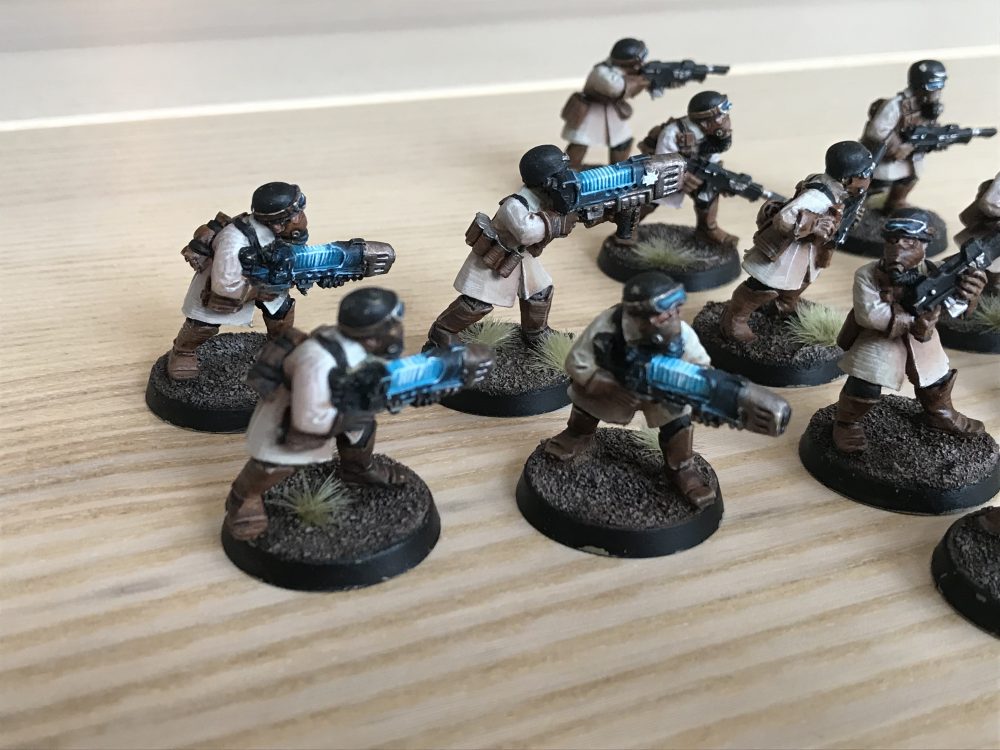 The 4 Plasma Guns means I can field a Command Squad and a Company Commander.

All the models were from Games Workshop. I just managed to order them before they were pulled! Which was lucky! One Plasma Gun I had to kitbash though. This was because I couldn’t find one on eBay and by this point Games Workshop had pulled them. But he worked out well.

This range of models will let me field a few combinations of squads; 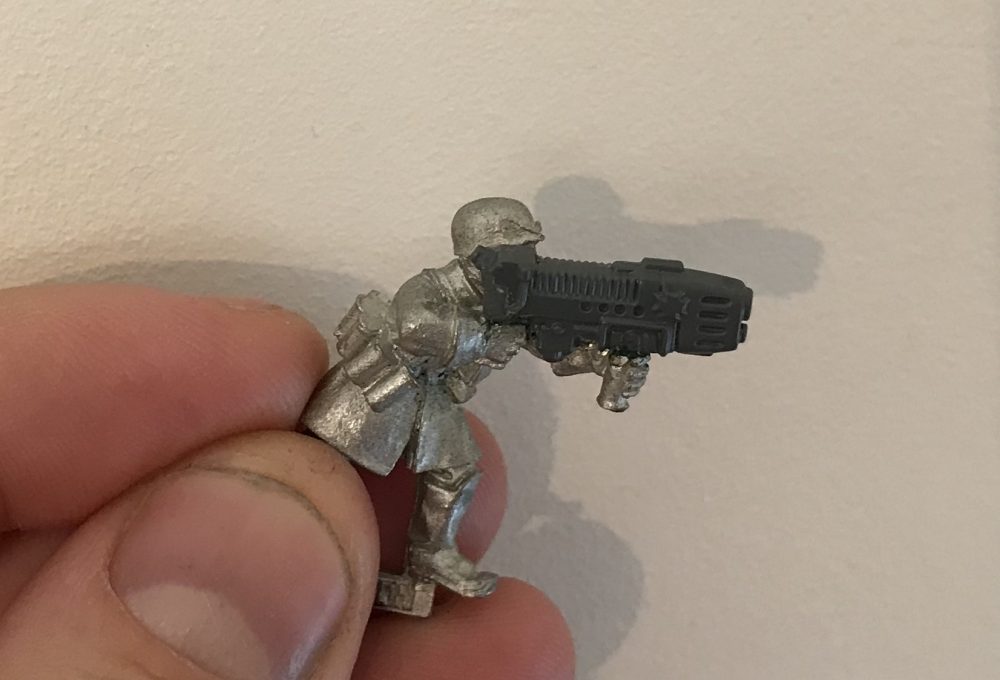 I let Jiv at Endar Miniatures get on with the job. I didn’t give any real guidance. I just wanted them dirty, rather than clean.

And I have to say he has done a splendid job.

The red/white storm symbols were all him, as well as the plasma effect, visors, bases and general grubbiness of the models. I will let the photos speak for me… 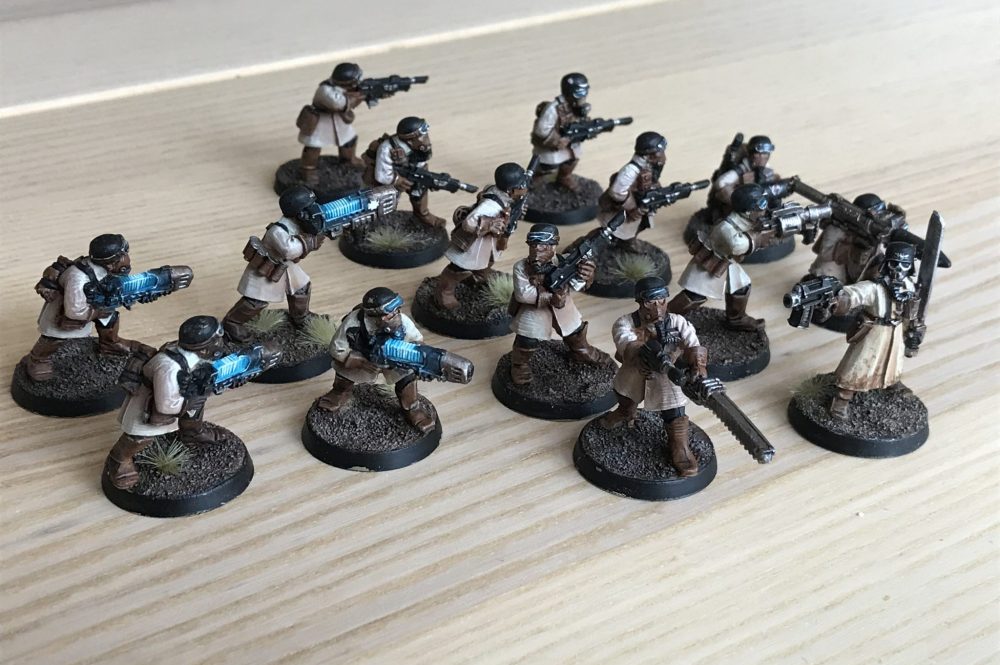 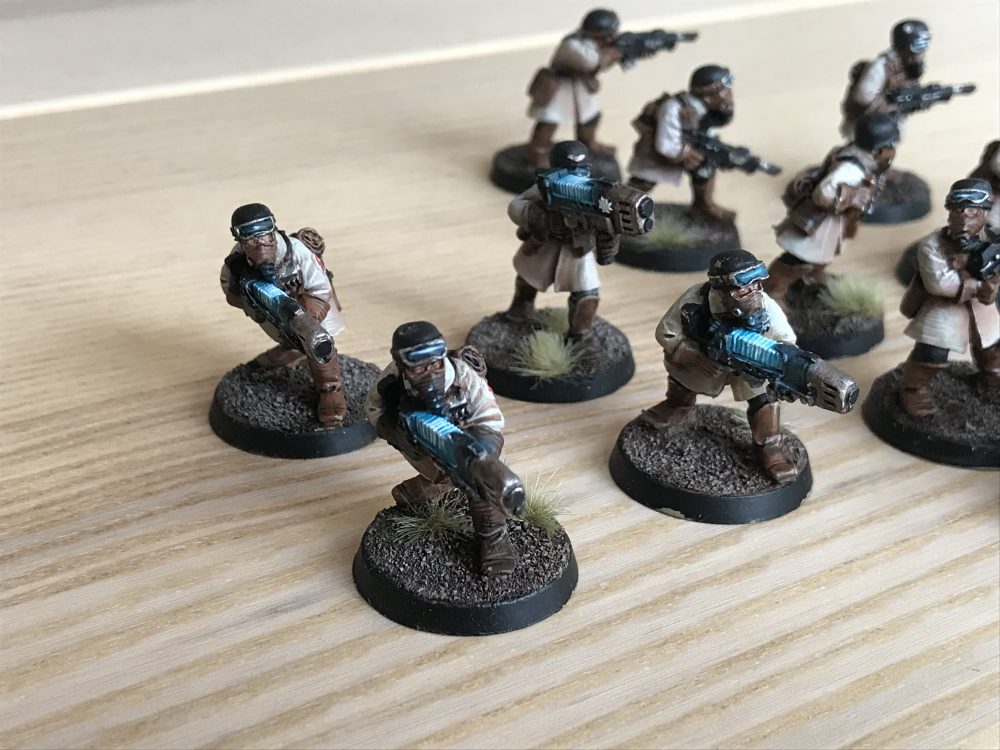 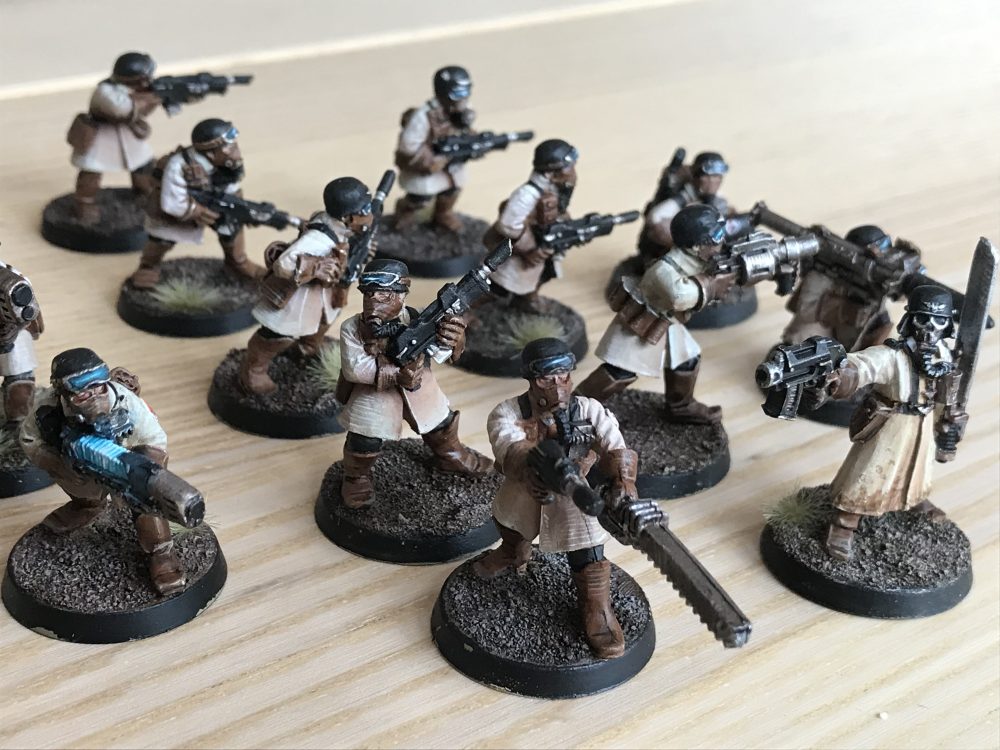 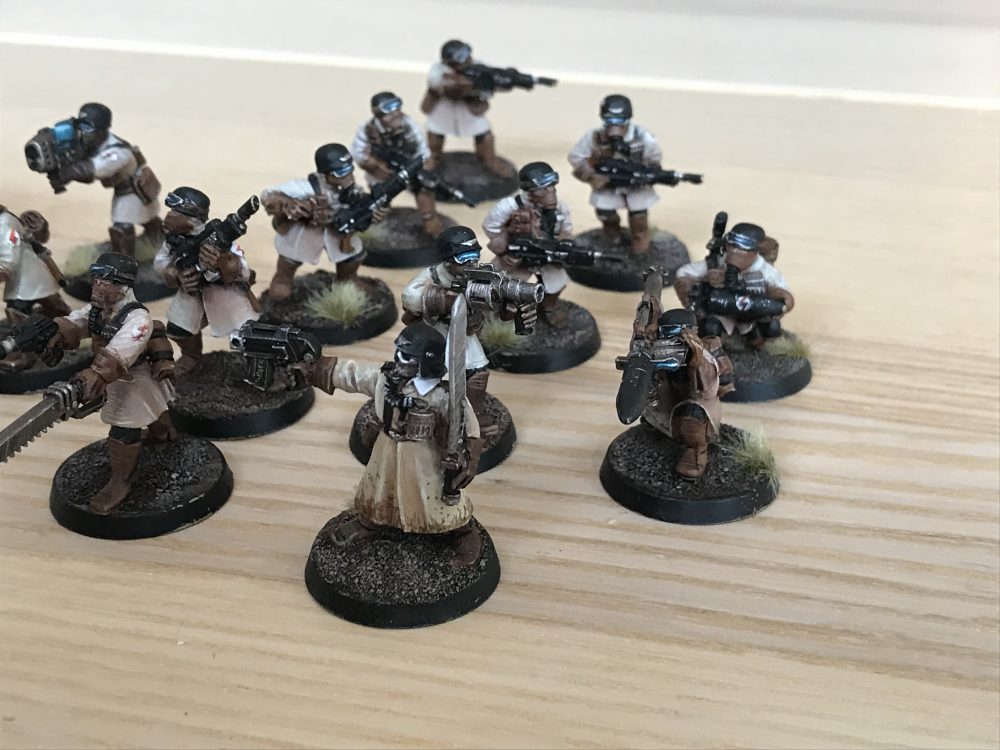 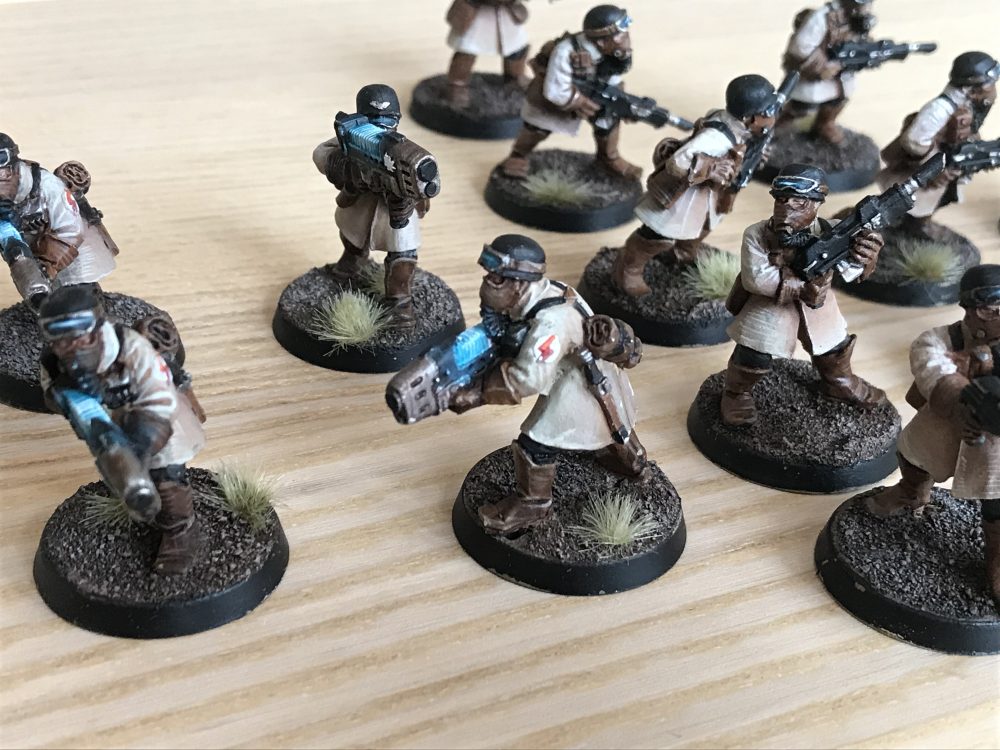 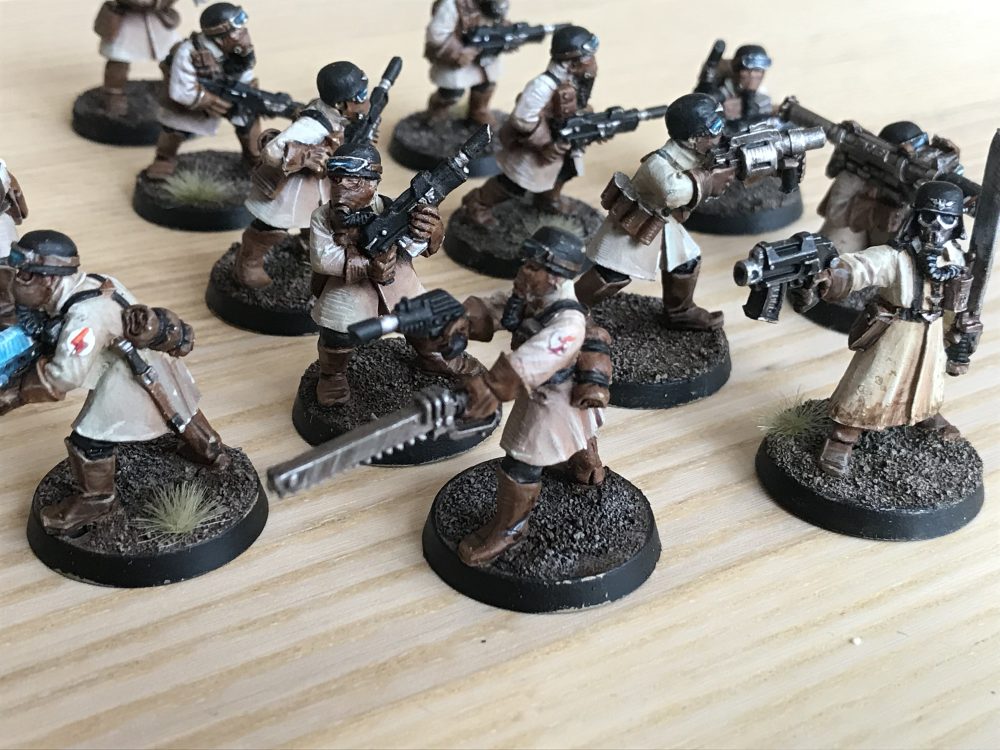 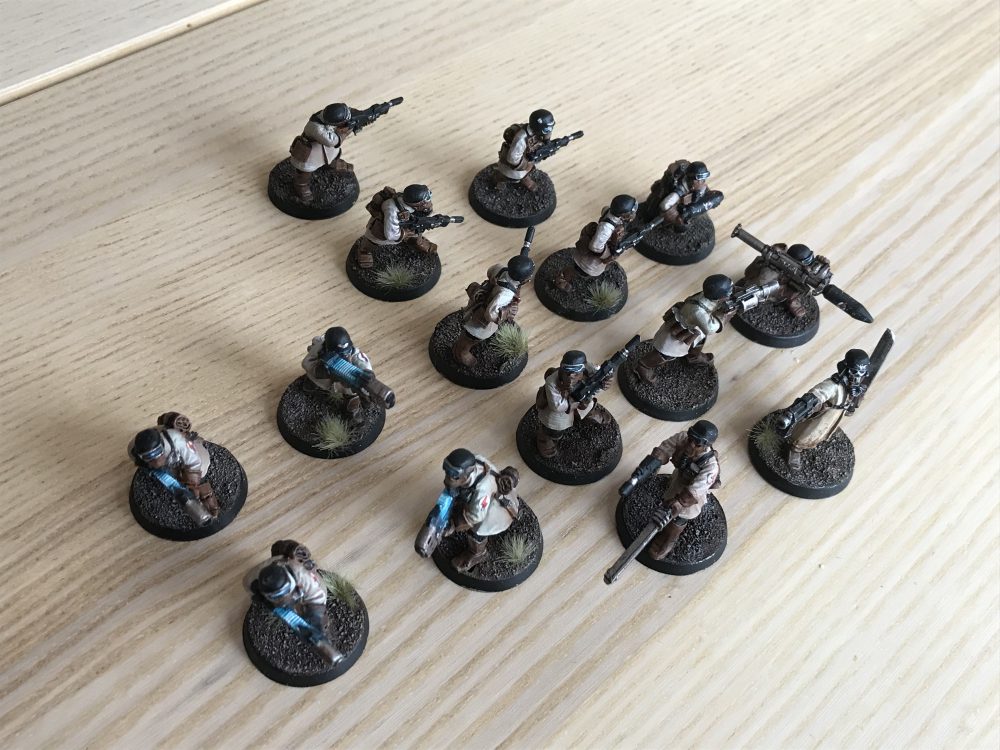