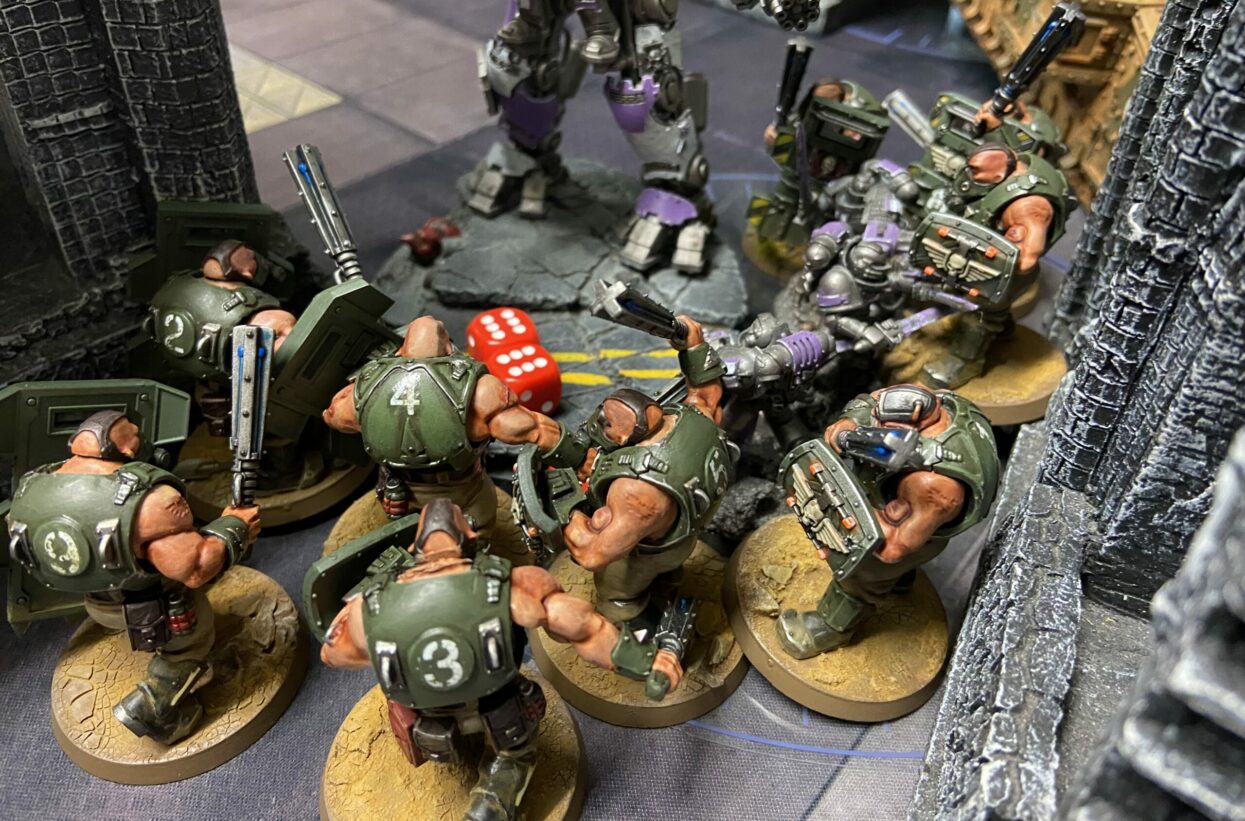 My seventh game of the 2022 League is underway, and this is 2,000 points of Cadians Vs Grey Knights!

My list can be seen here on my 2,000pts Cadian page for the League. This list is slightly different from the one listed because of points changes and the ability to take some war gear for free. So my Infantry squads now all have;

I get one additional Warlord Trait and Relic as normal on top of my special League List. For this game, I took; Relic of Lost Cadia and Gifted Commander on my Demolisher Tank Commander.

The Mission – Tide of Conviction

At the end of each player’s first, second, third and fourth turn, the player whose turn scores two victory points if they control at least one objective marker in their opponent’s territory. 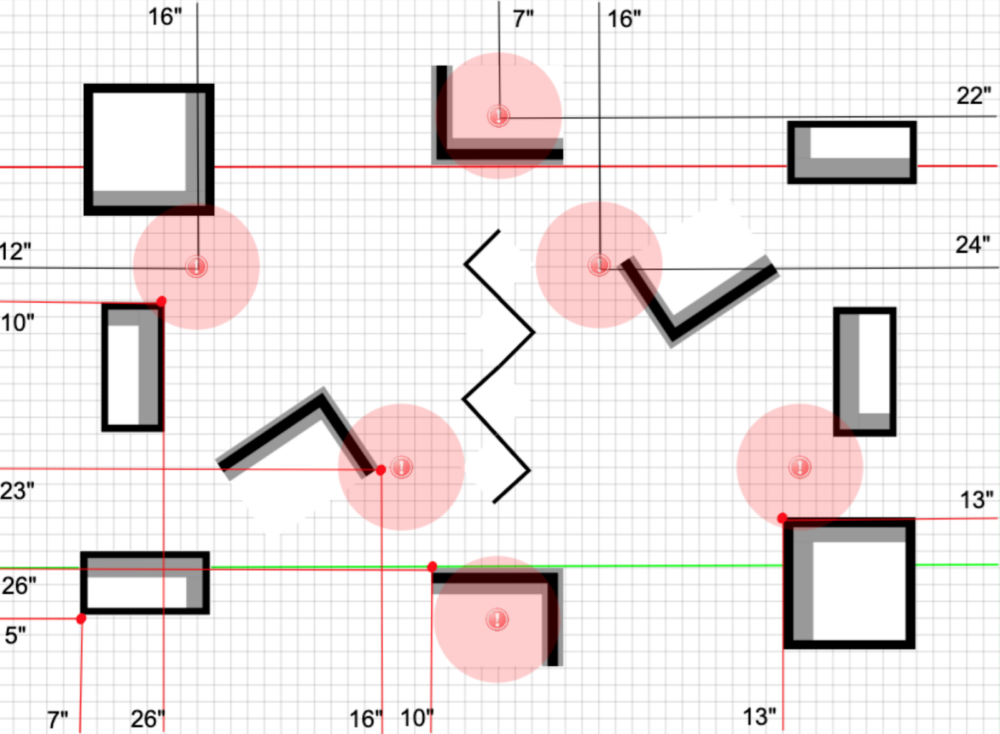 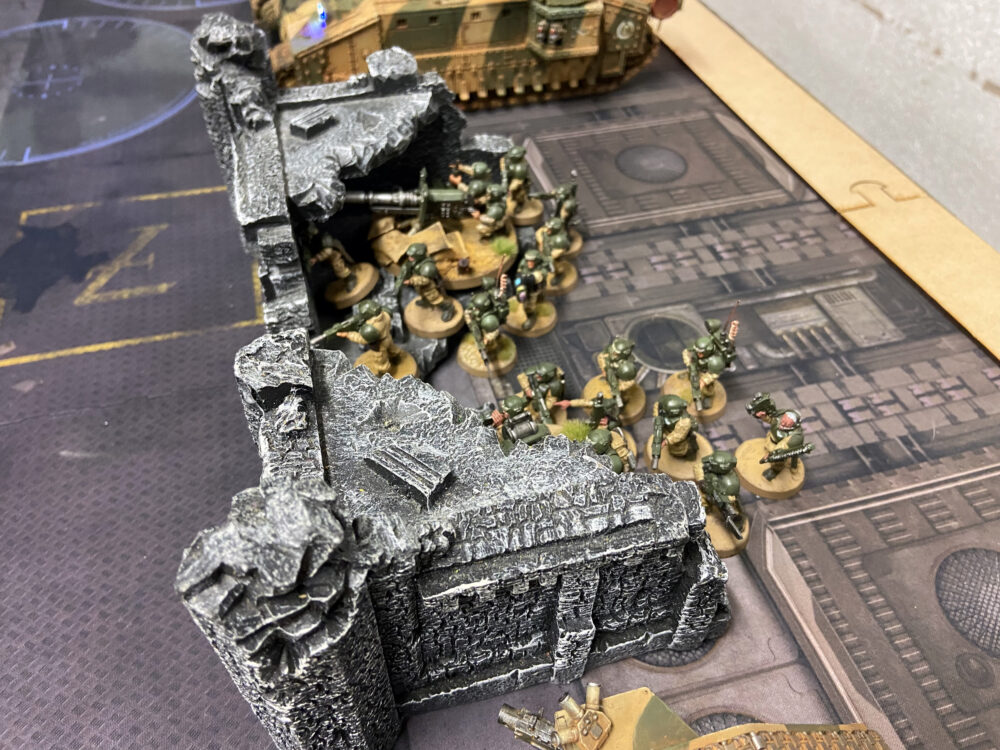 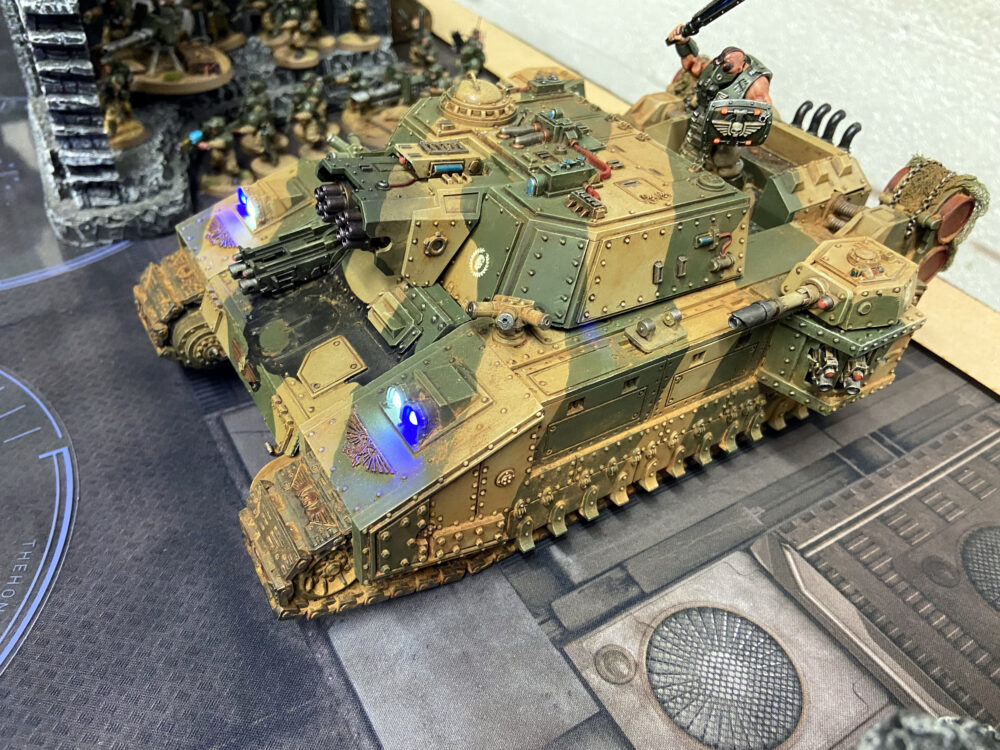 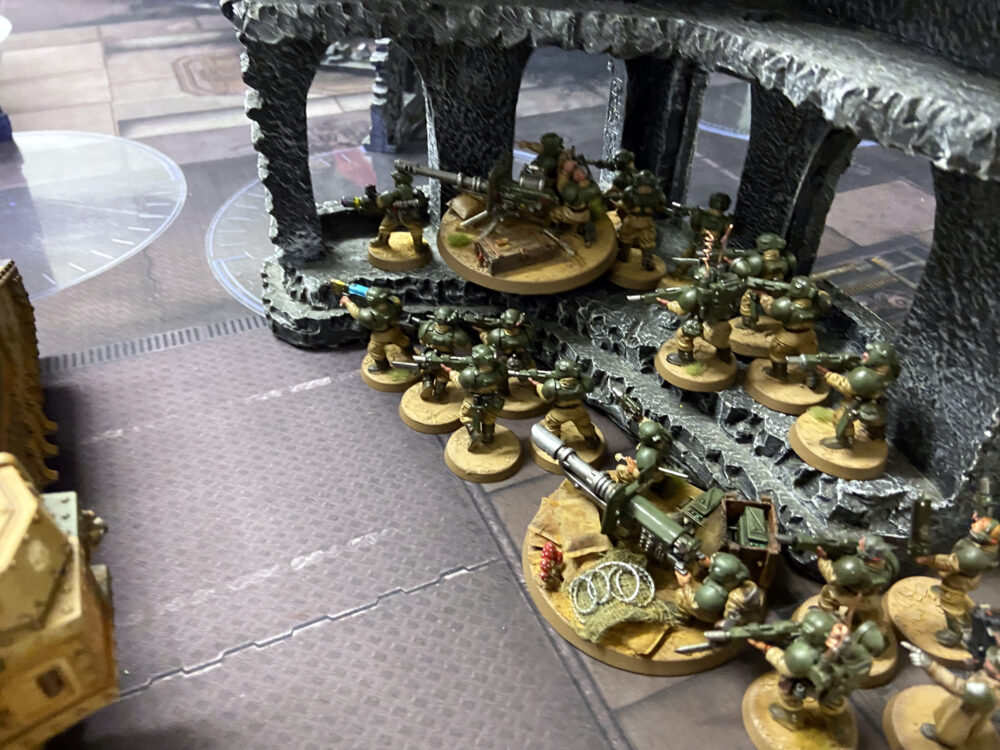 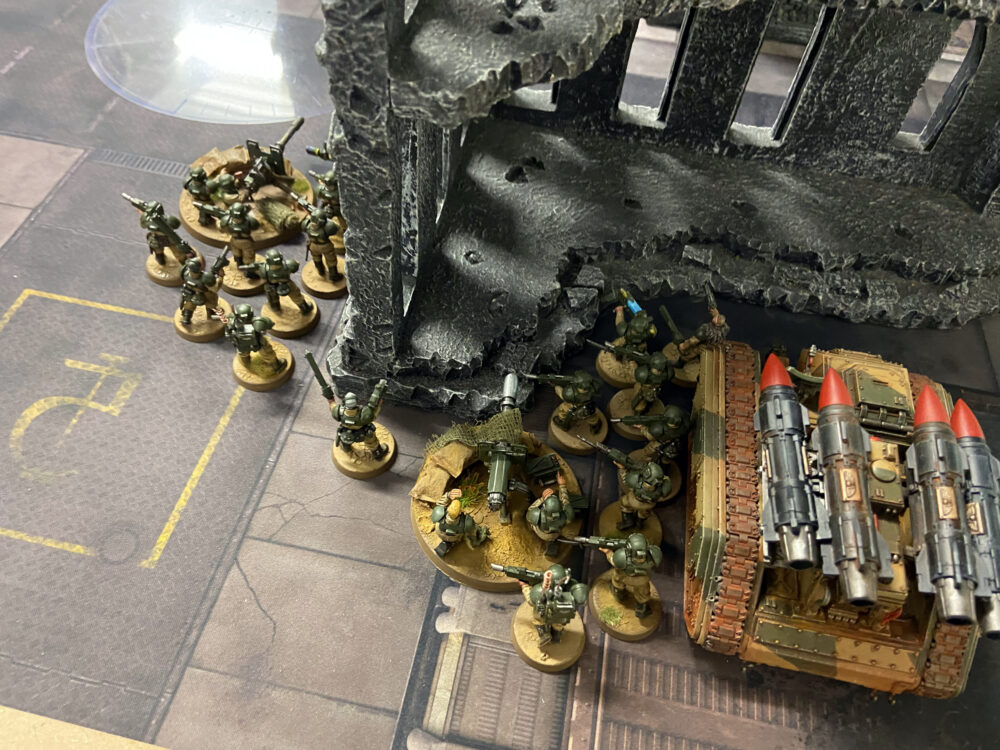 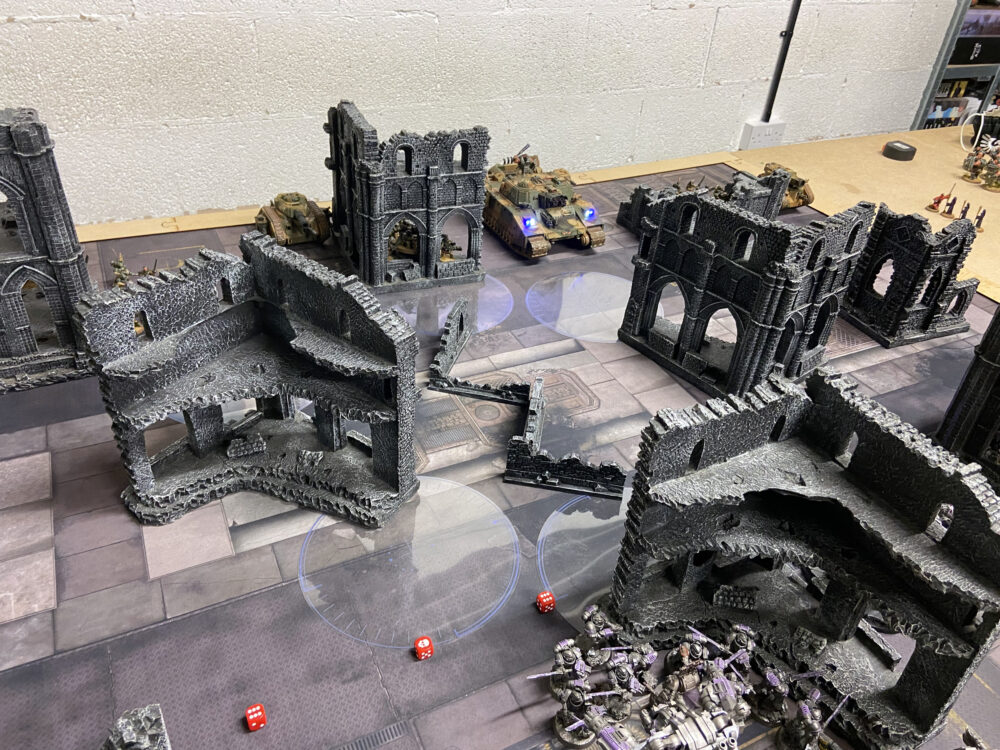 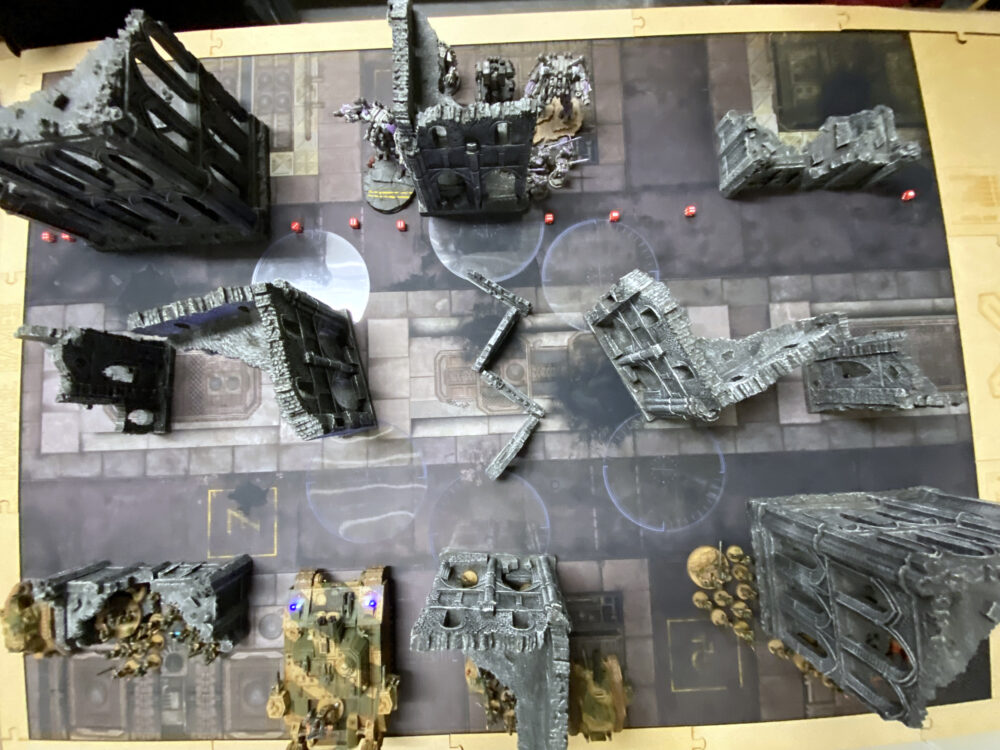 The Grey Knights crept forward much slower and more cautiously than I expected. Their powers did not do much damage and focused on buffs in this turn.

And in their Shooting Phase, both Tank Commanders were bracketed with six Wounds, and I lost an entire Infantry Squad. The Twin Lascannons were unlucky not to remove at least one of my Tank Commanders.

This was OK, all being told. No major losses, and the Stormlord, with its cargo of Astropaths, Bullgryns and Priest, was unharmed. 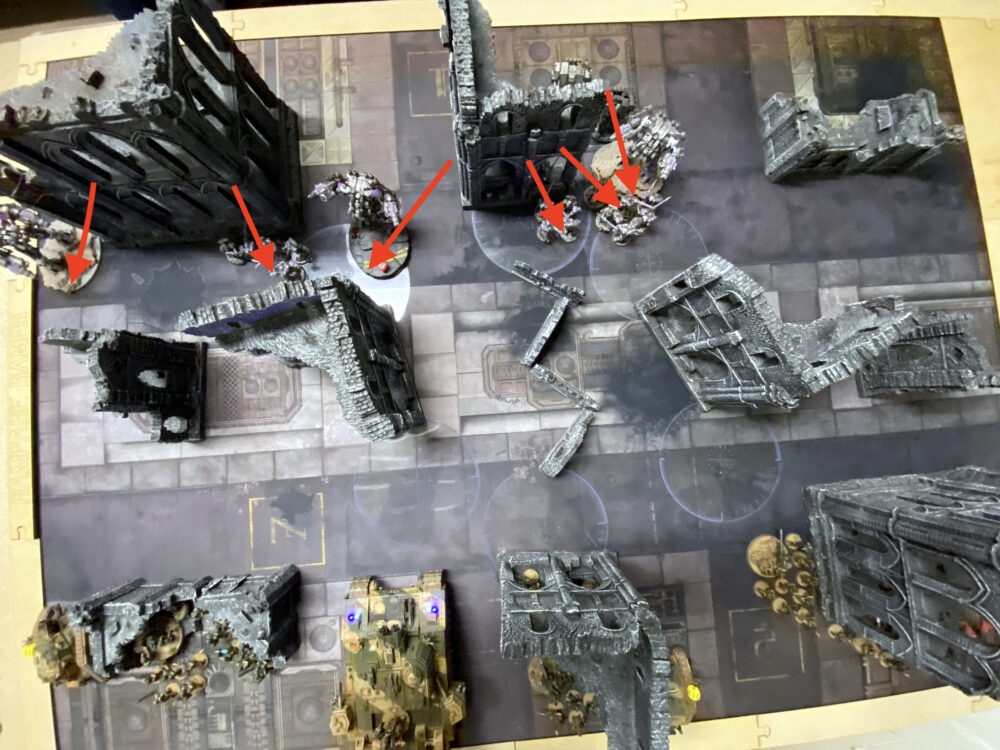 After getting away pretty much unscathed in the first turn, it was time to try and remove some Grey Knights.

I put the Gatekeeper Tank Commander onto seven Wounds using Jury Rigging and then used Relentless to put the other one onto its top bracket for this turn.

The Demolisher Commander attempted to kill a Dreadknight but failed badly. I had opted for Strike and Shroud with both their orders. Allowing me to shoot and pop smoke. Sadly this meant I did not get the re-roll from Pound them to Dust. I think I did two Wounds to it, which was awful after spending CP on Relentless.

I then used Overlapping Fields of Fire on the Dreadknight so the Stormlord could unload into it. That did some damage, so the Manticore finished it off.

The other Tank Commander faired better with Gatekeeper. Using Hail of Fire, it had 12 shots into the other Dreadknight. It just killed it. 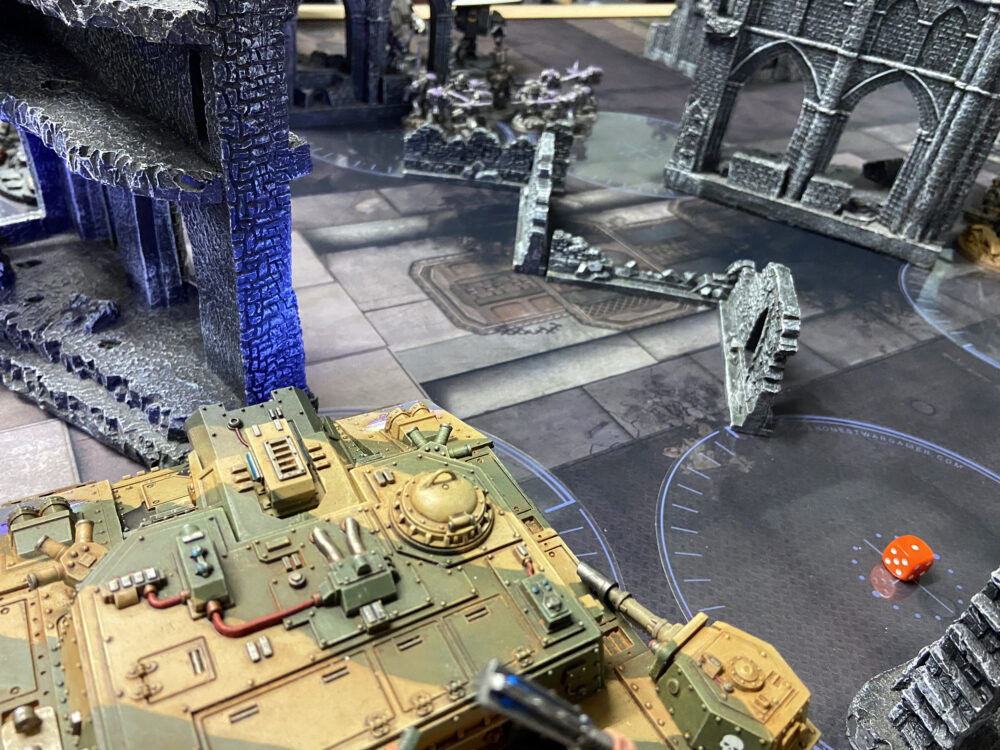 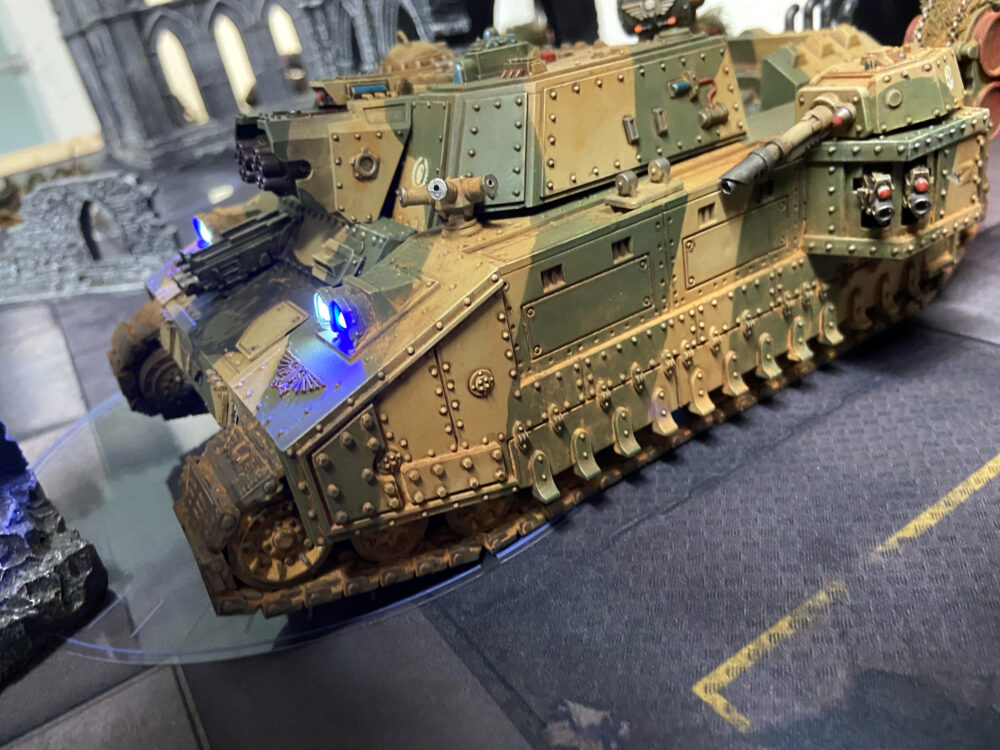 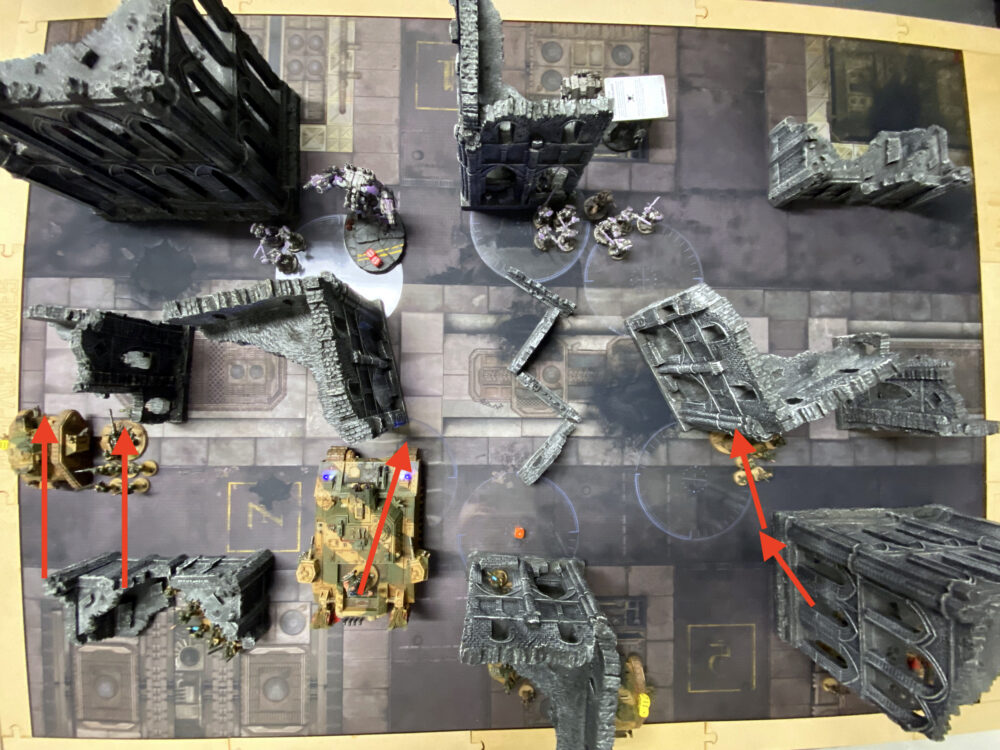 What happened in this turn was pure madness and genius from Charlie. He brought in a Strike Squad, but after being indecisive about its location, opted to place it within his units, neat the two Dreadnoughts and not 9″ away from my front lines. Which, to be honest, were well-screened by my Infantry that had moved up on turn one. The Strike Squad was not able to come in where they wanted.

There was some movement elsewhere to obtain objectives and screen the Grandmaster.

In the Psychic Phase, the Grey Knights smashed an Infantry Squad on my right flank, killing it fully. They then used a power to teleport the Strike Squad from their safe Deep Strike position to where the Infantry Squad had been. So they ended at the end of the Psychic Phase where they wanted to be, and the Grey Knights had killed a whole unit of mine too. 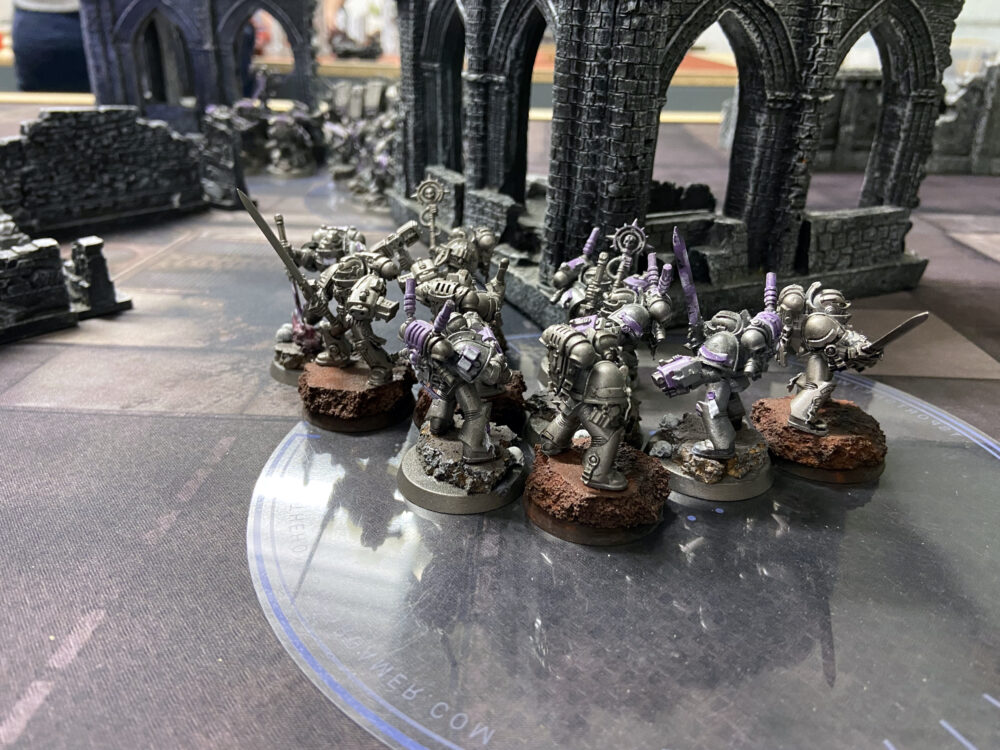 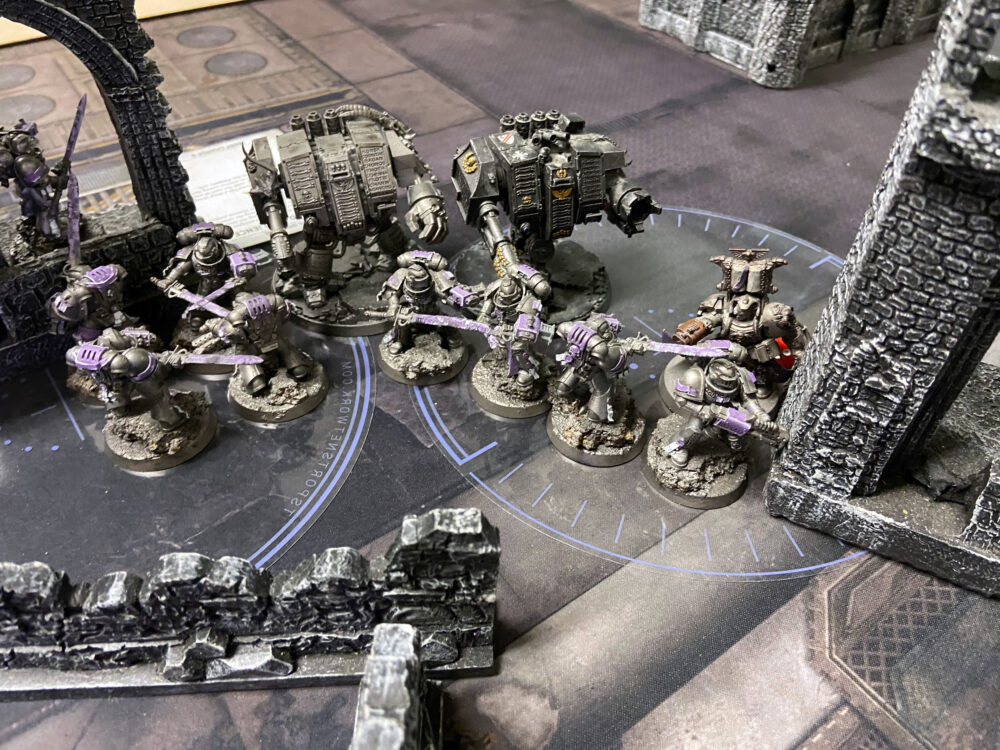 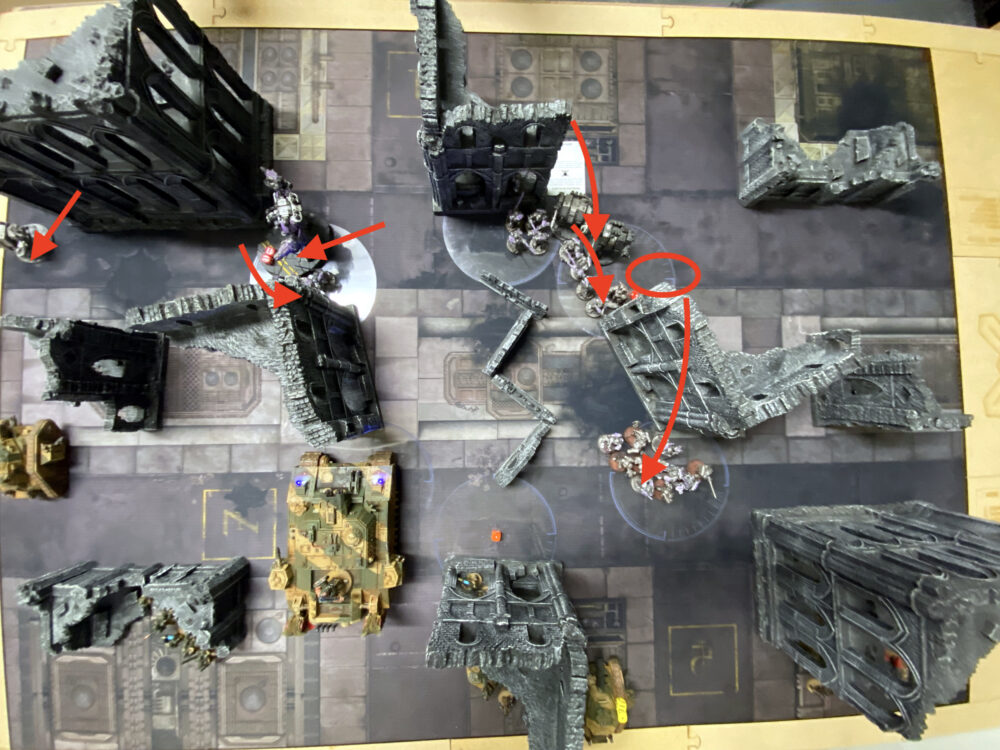 My Bullgryns got out and charged the Grandmaster while the Stormlord charged a Strike Squad on the right using Crush ’em.

My Shooting Phase was not great this turn either, the left-most Dreadnought was maybe halved in Wounds, and I put a lot of fire into the Strike Squad that lept forward during the last turn, removing it fully. 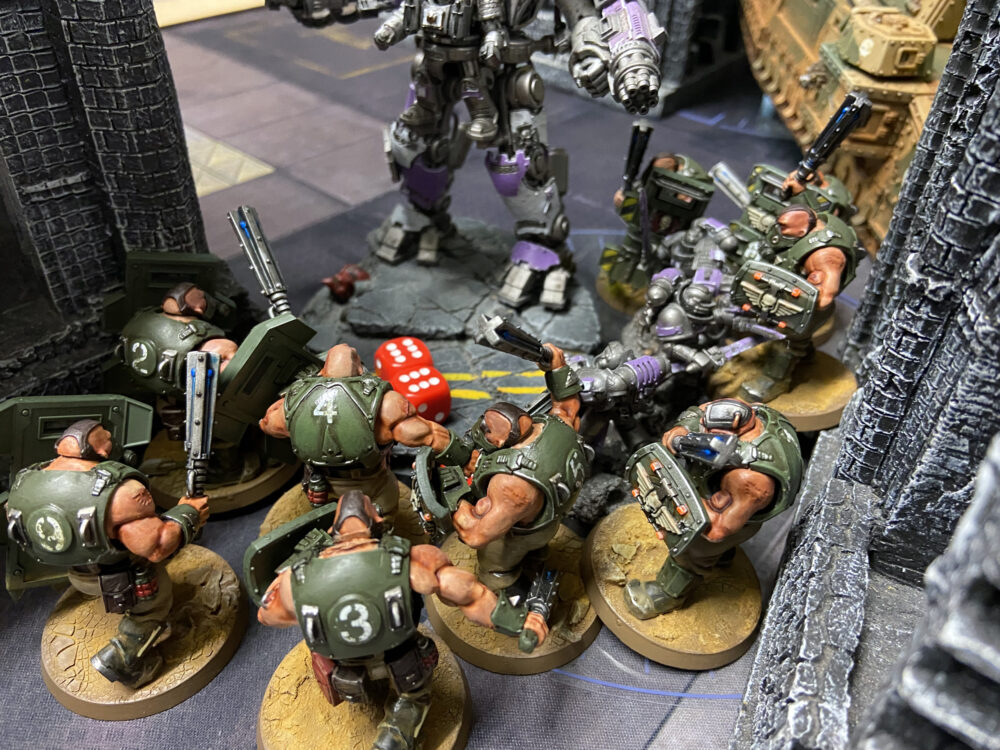 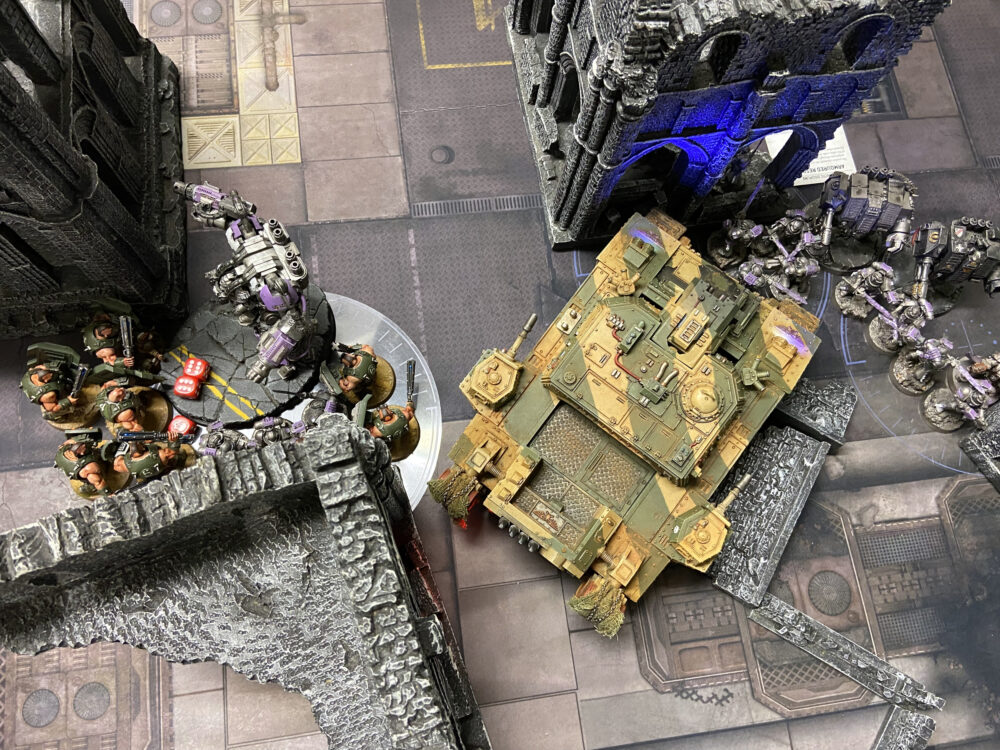 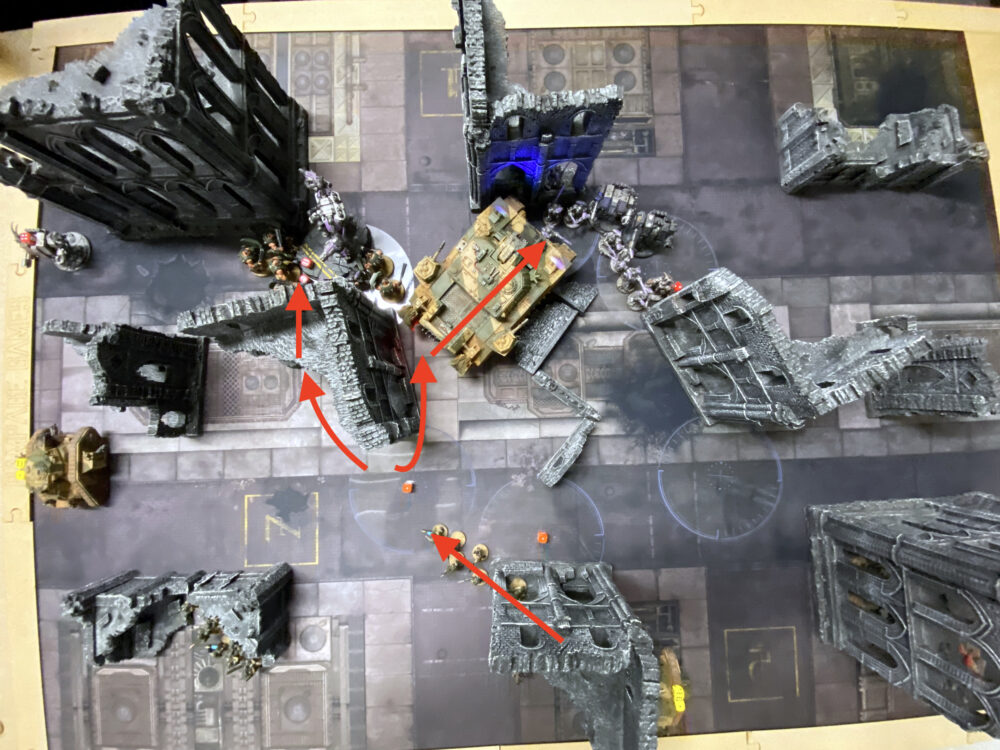 I lost some Bullgryns in combat and an Infantry Squad on the right side after the second Strike Squad in Deep Strike came in and charged them. The Gatekeeper Tank Commander went down this turn.

I charged the Grandmaster with my Stormlord, removing it! And the Bullgryns finished off Strike Squad on that Objective. This meant I took the Objective. I had also Moved, Moved, Moved an Infantry Squad from my Deployment Zone to this Objective – now all Deep Strikers were on the board. 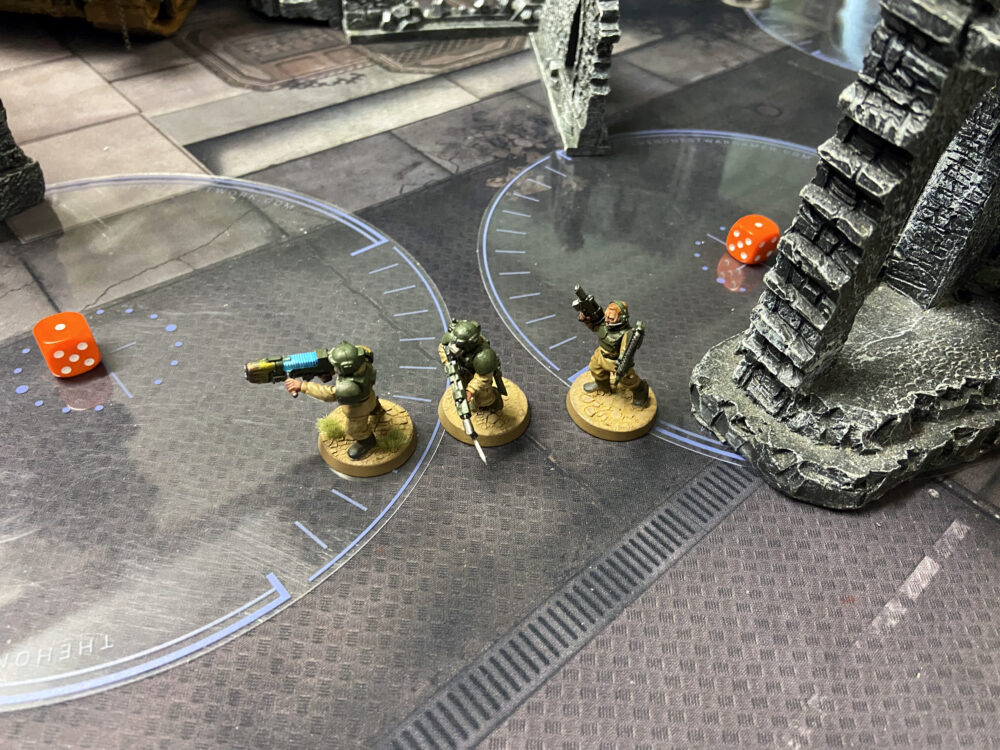 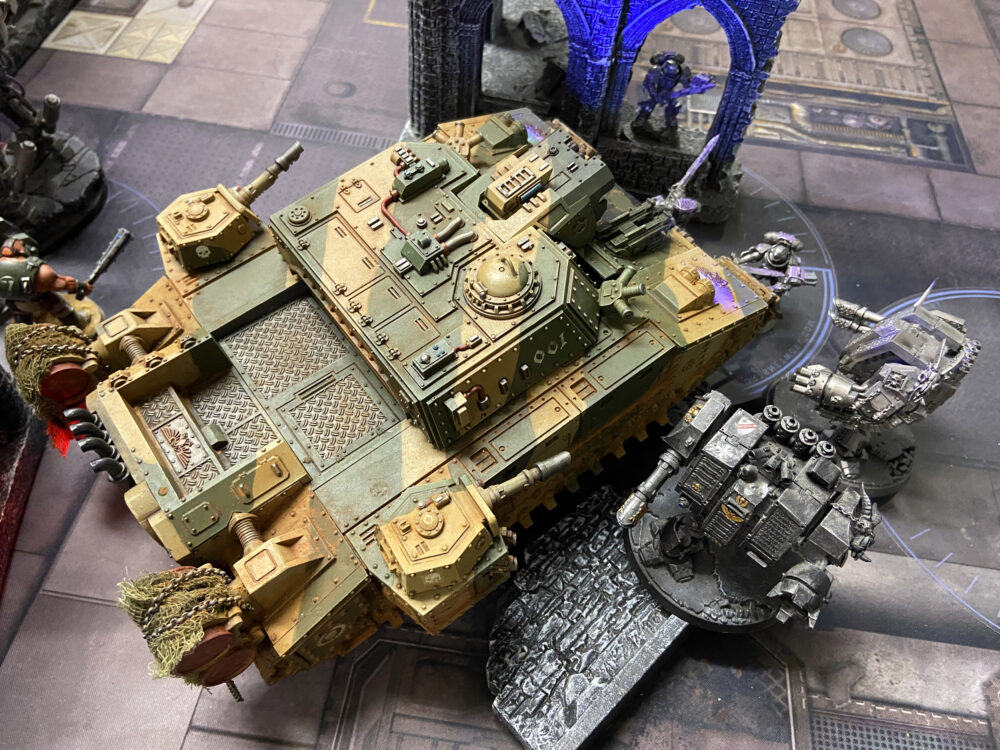 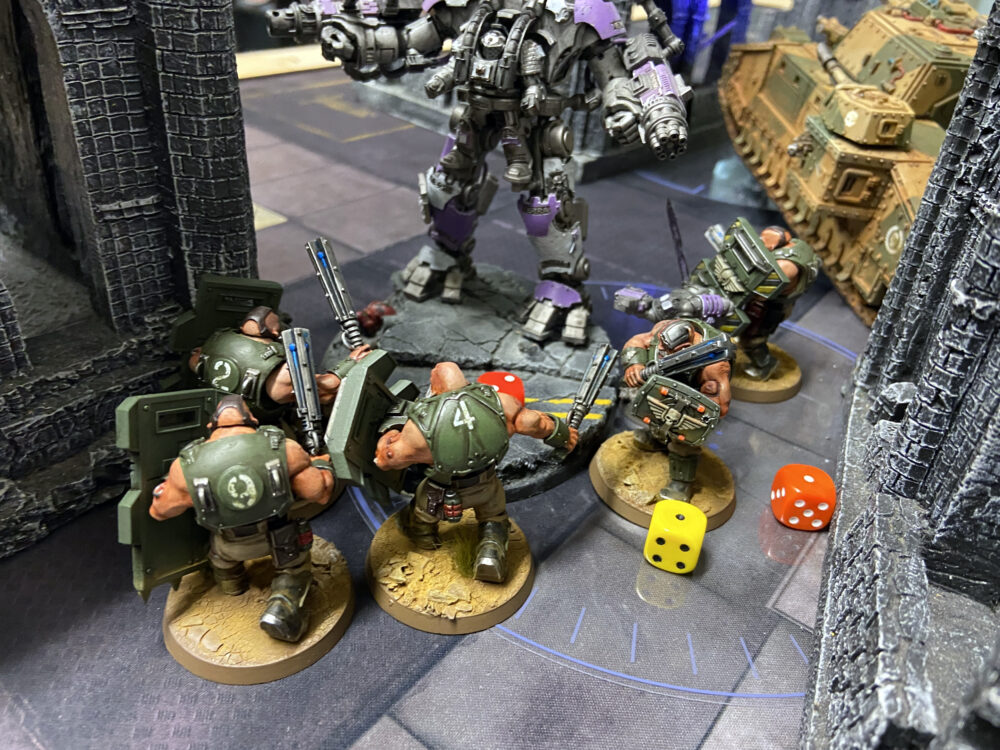 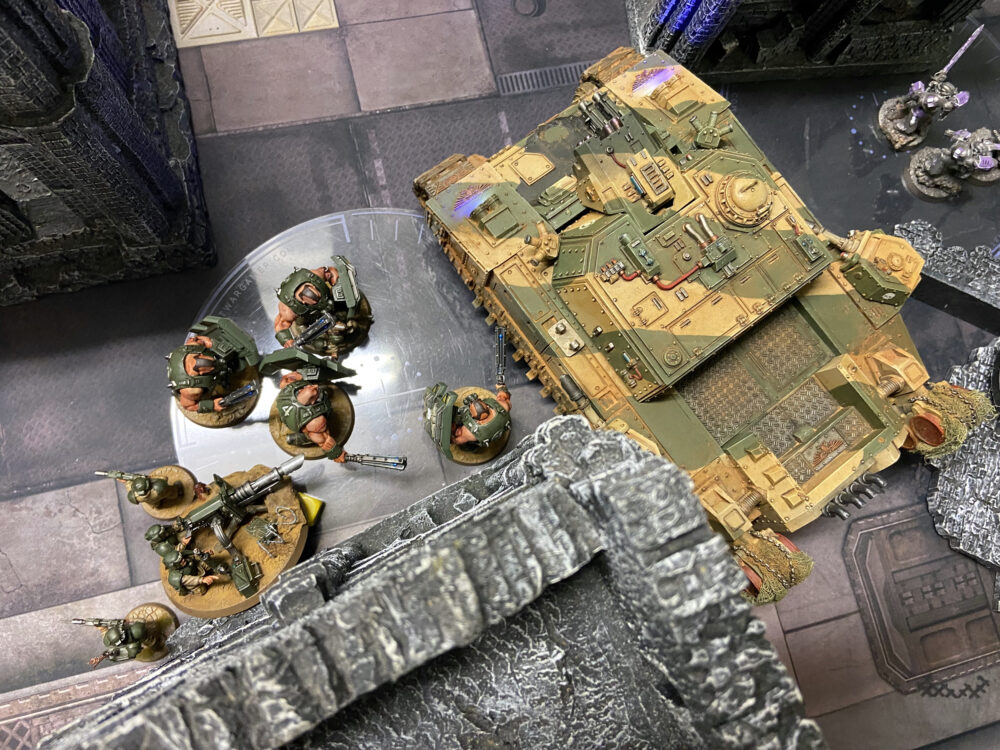 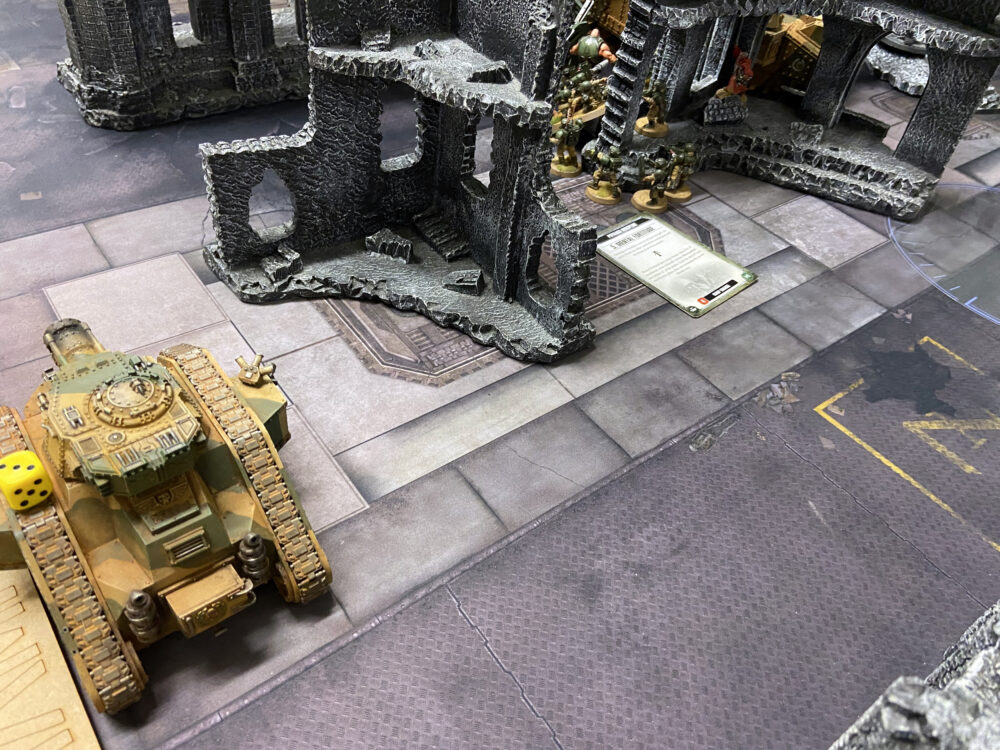 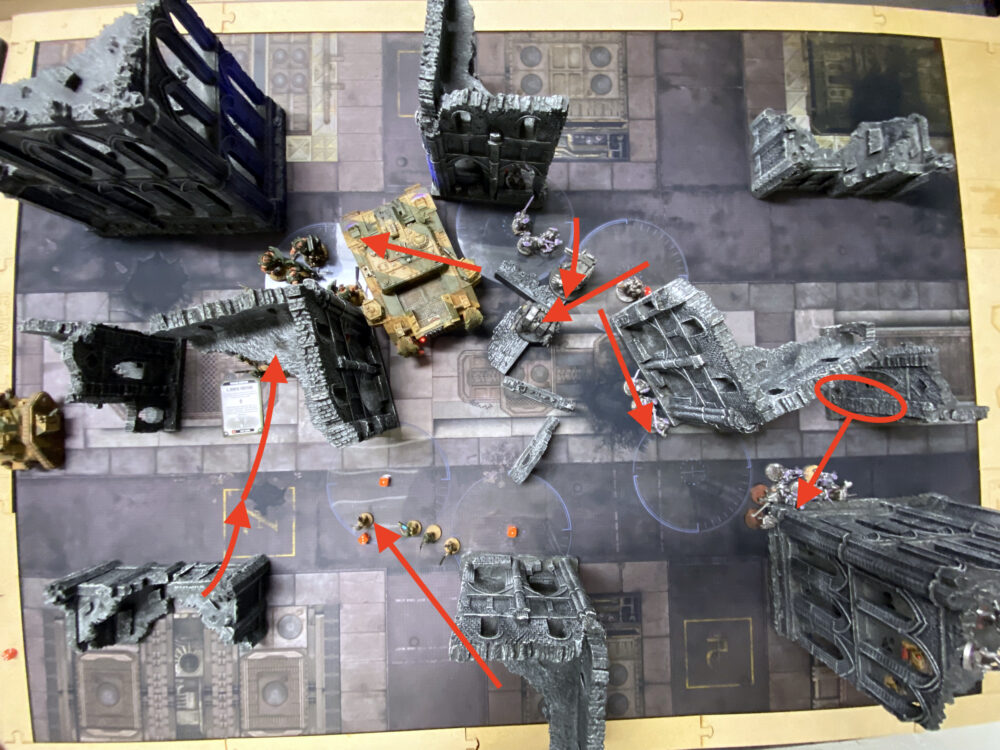 I lost the Stormlord and more Infantry after the Strike Squad that came in last turn teleported across the board. 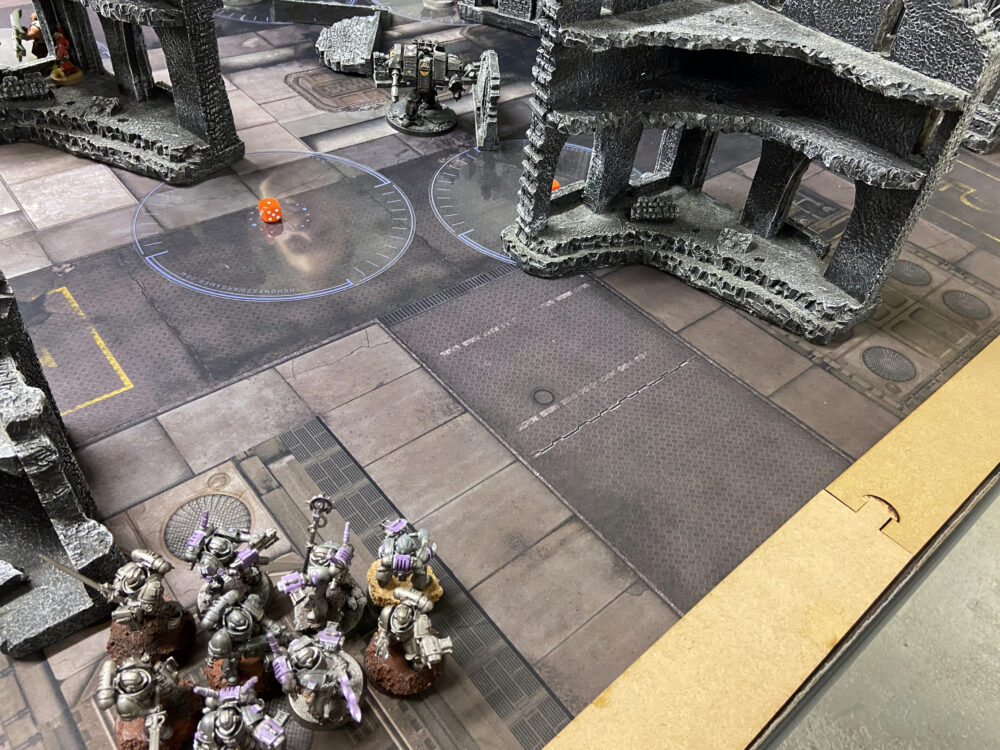 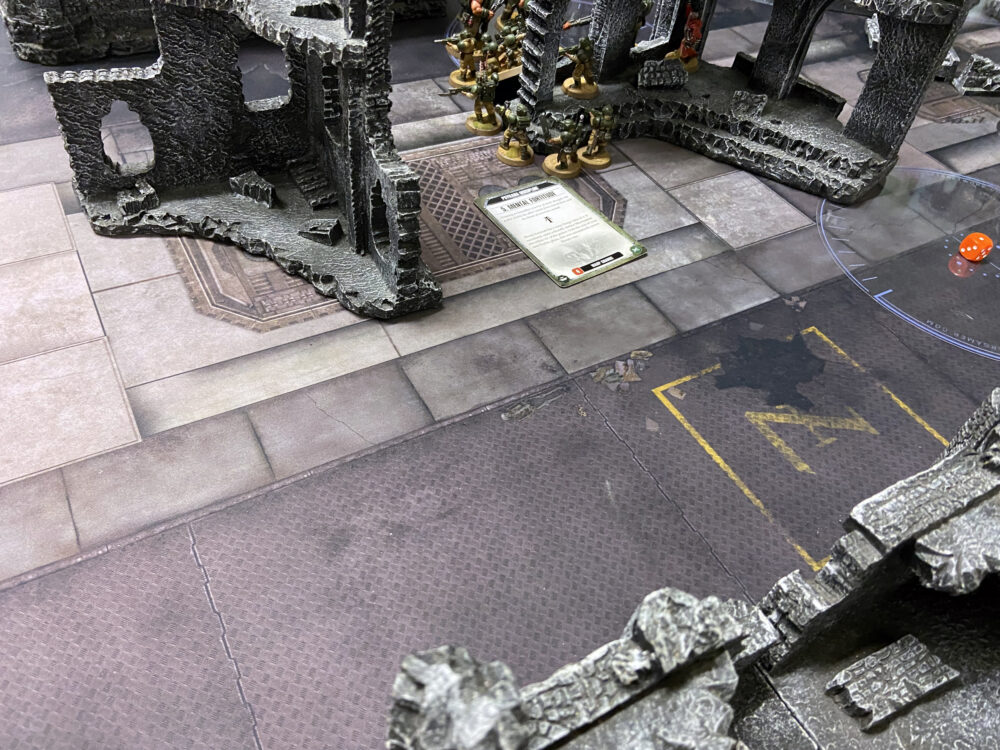 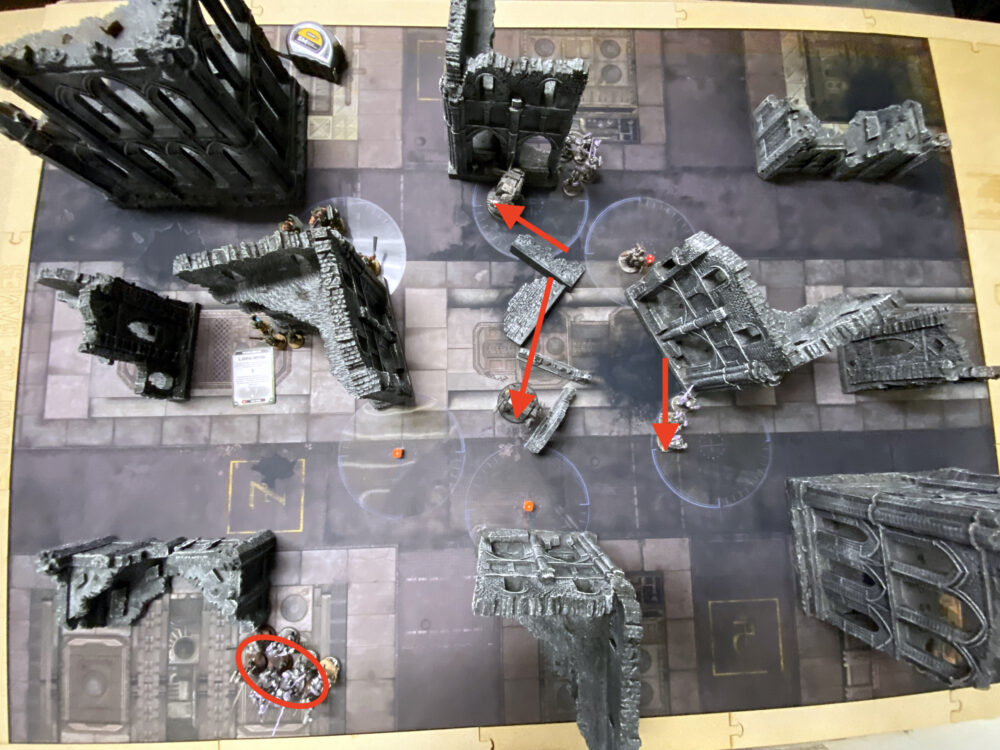 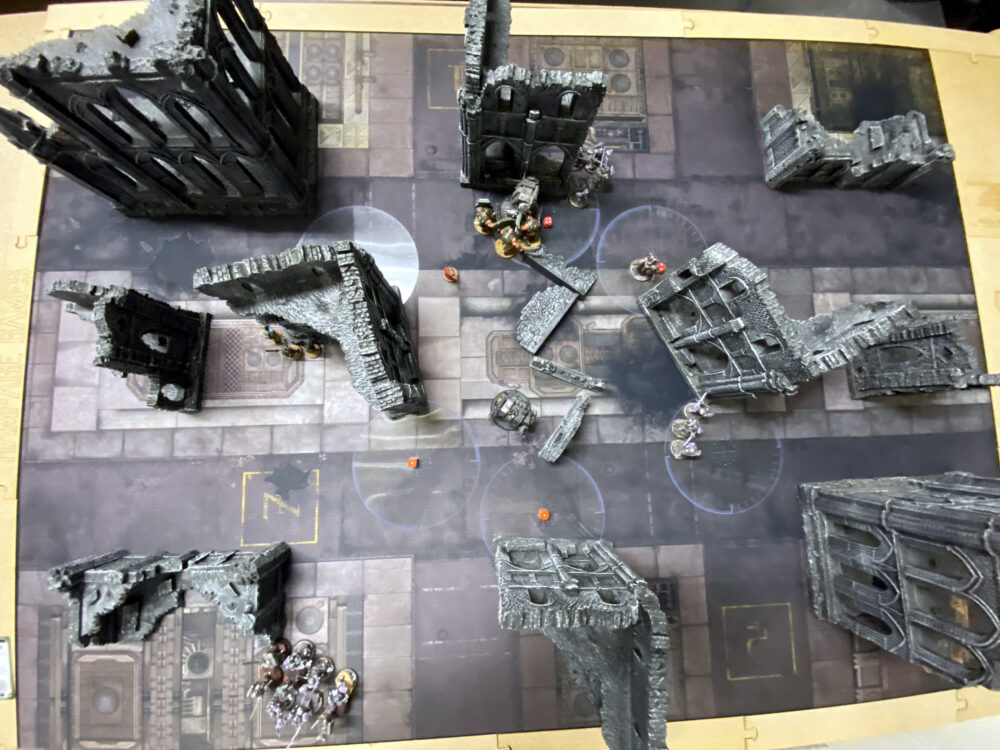 We were scoring now. I did not get tabled!

A great game, and while it was not close, this was a decent score for my list in a Nachmund game.

It is so hard to choose Secondaries in Nachmund and easy for other factions. I was not wiped off the board early and had some decent units until Turn 4. But I could not compete with the staying power of the Grey Knights. 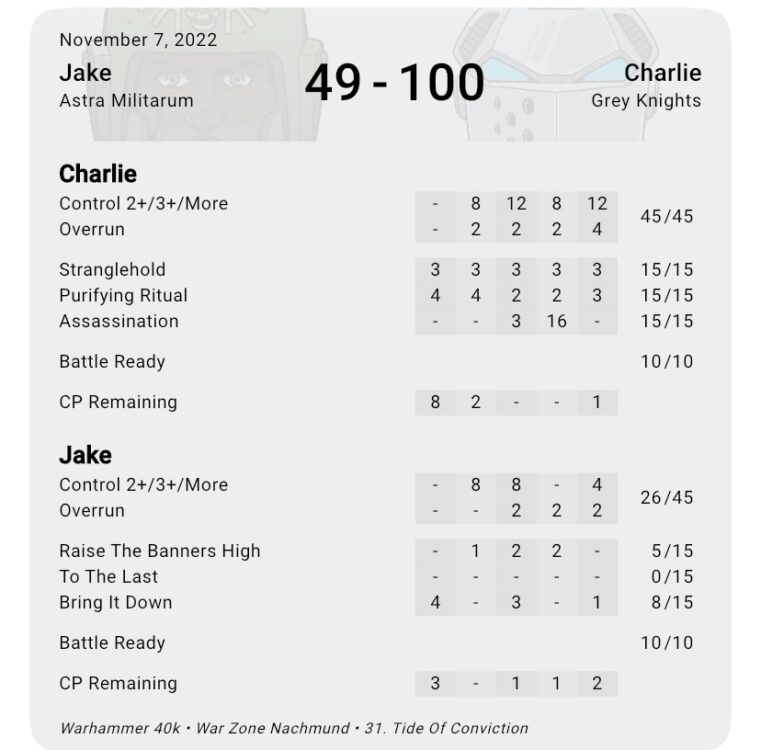