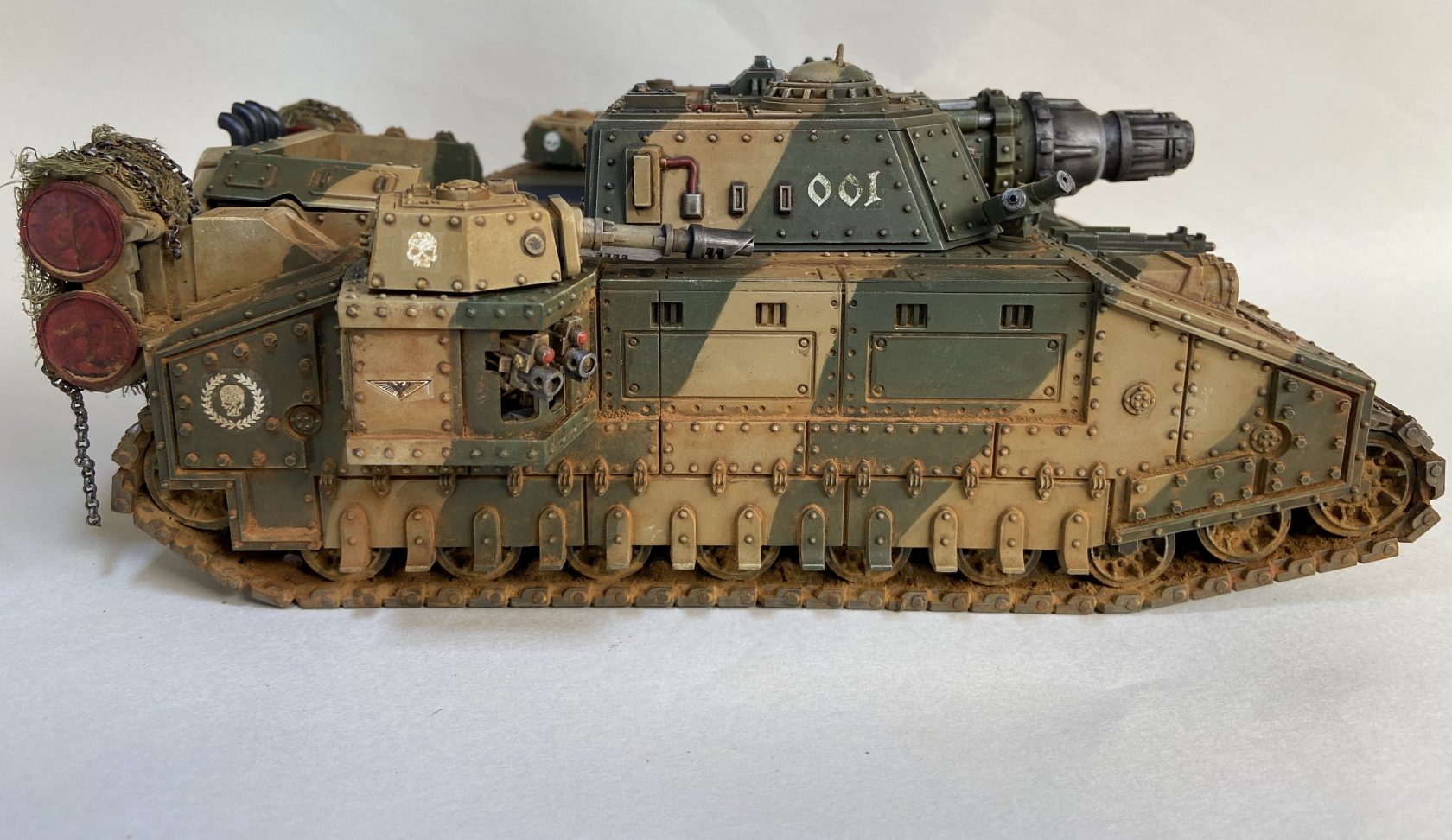 Today I added some new variants to my super heavy...

My Baneblade that was also a Stormlord, a Shadowsword and a Hellhammer can now also be a Banesword, a Doomhammer and a Banehammer! And it is getting an outing onto the battlefield tonight against the Death Guard. Keep an eye on my Instagram for pics!

With the spares from the Desert Baneblade Commission, I was able to piece together the three remaining barrels for my super heavy.

When I first built my Baneblade, many moons ago, I glued the barrel for the Shadowsword – therefore removing my ability to make three other variants of the super heavy.

But now I have the parts to build those barrels and make every version of the Baneblade chassis! 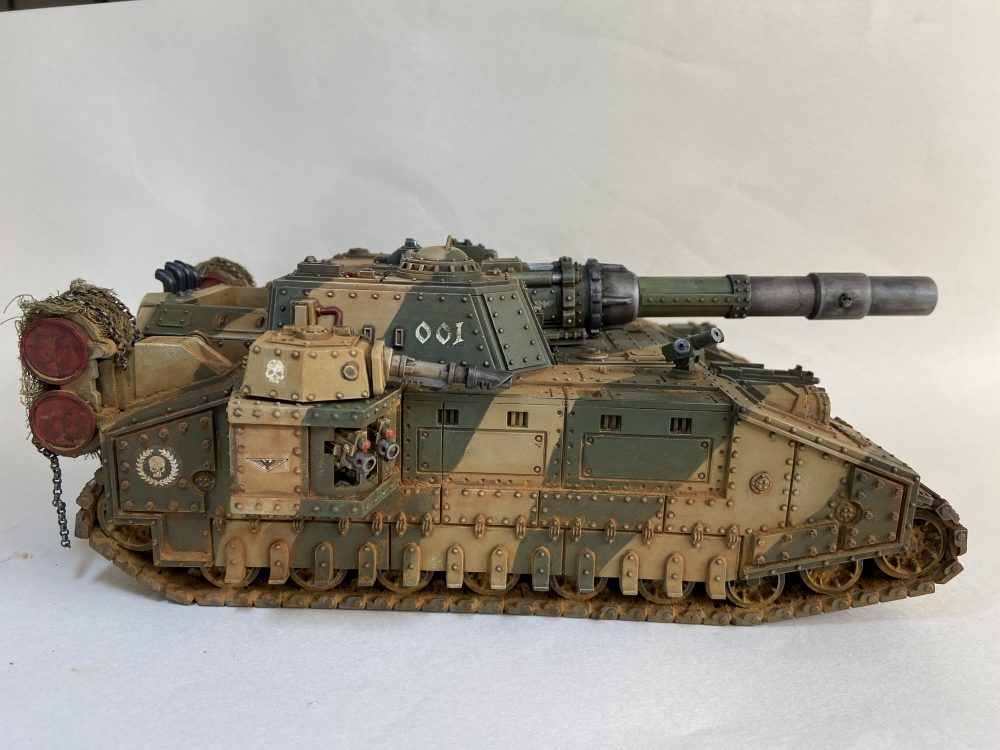 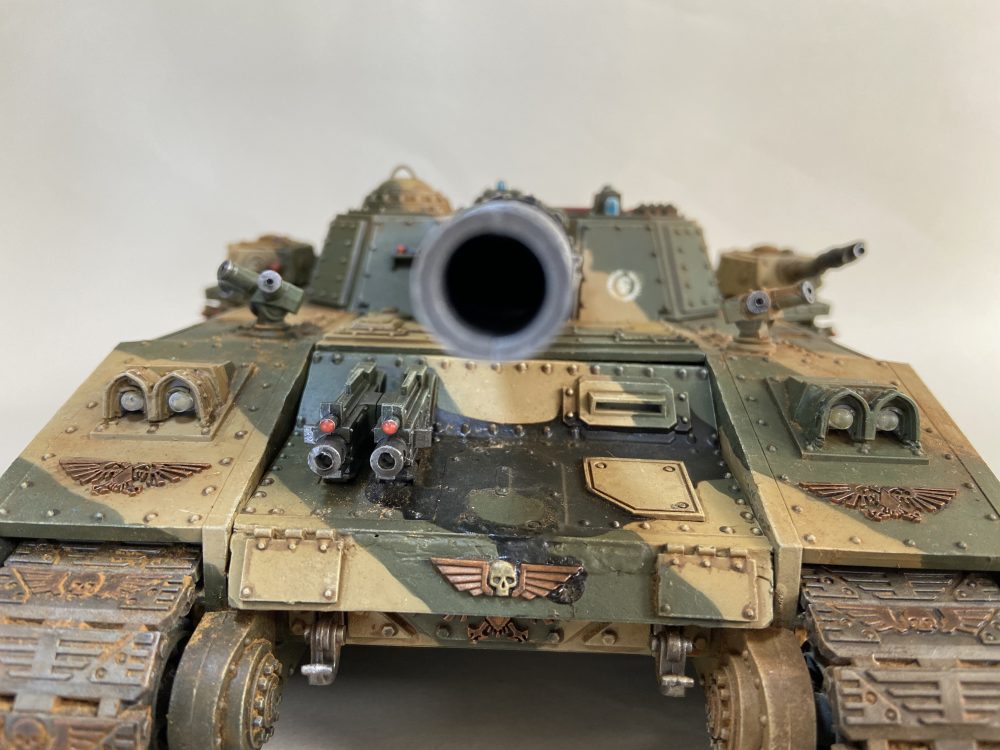 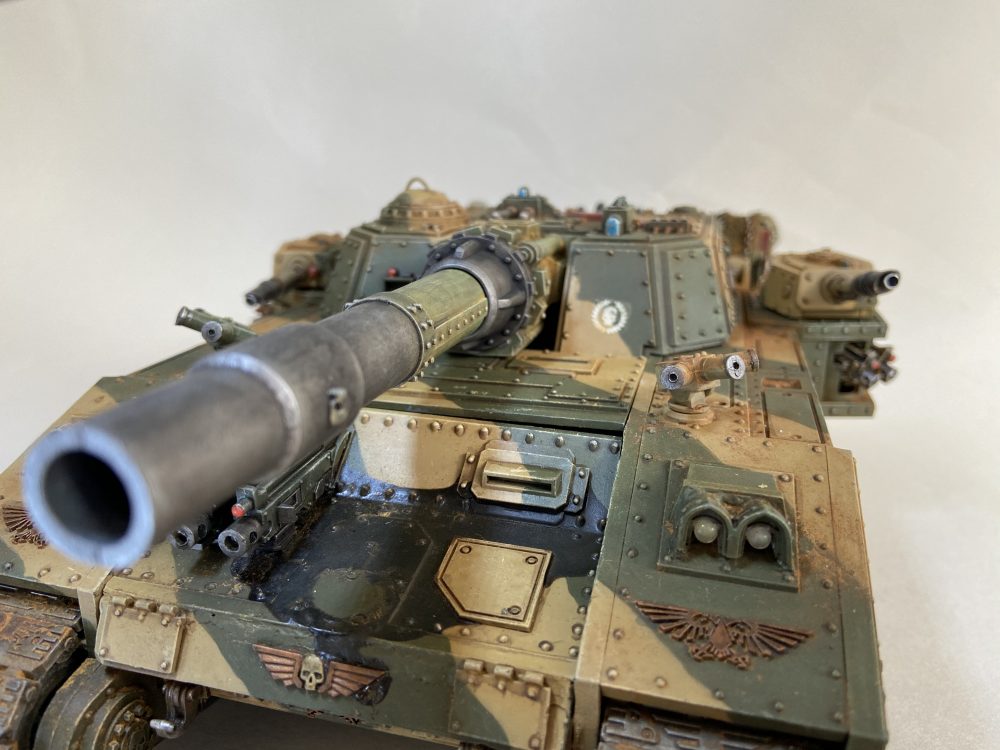 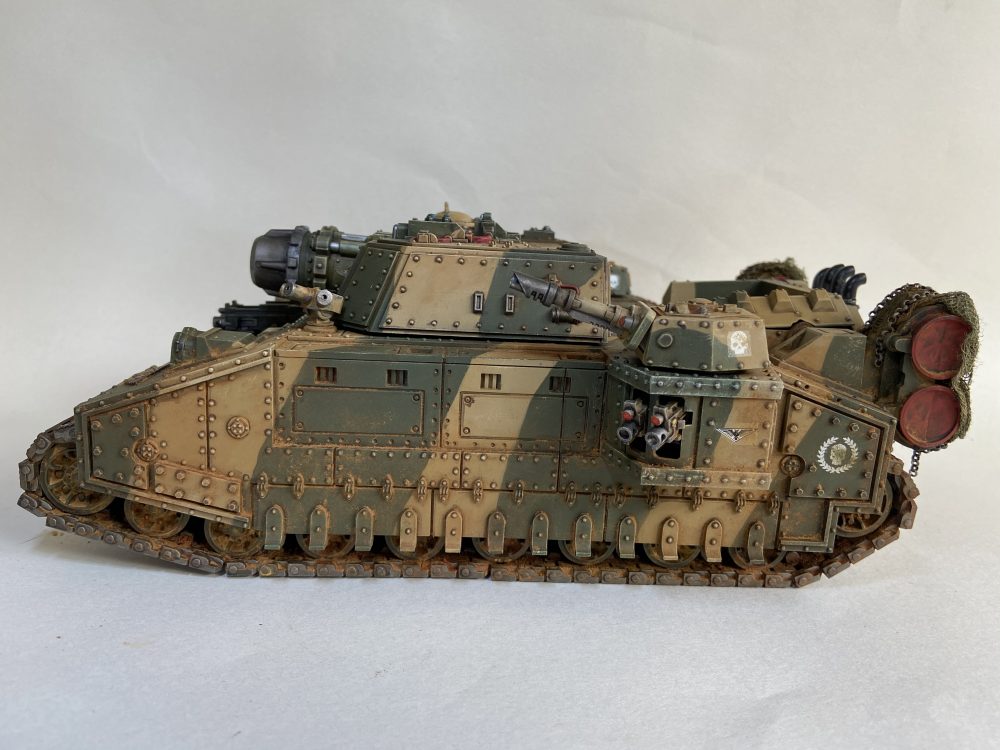 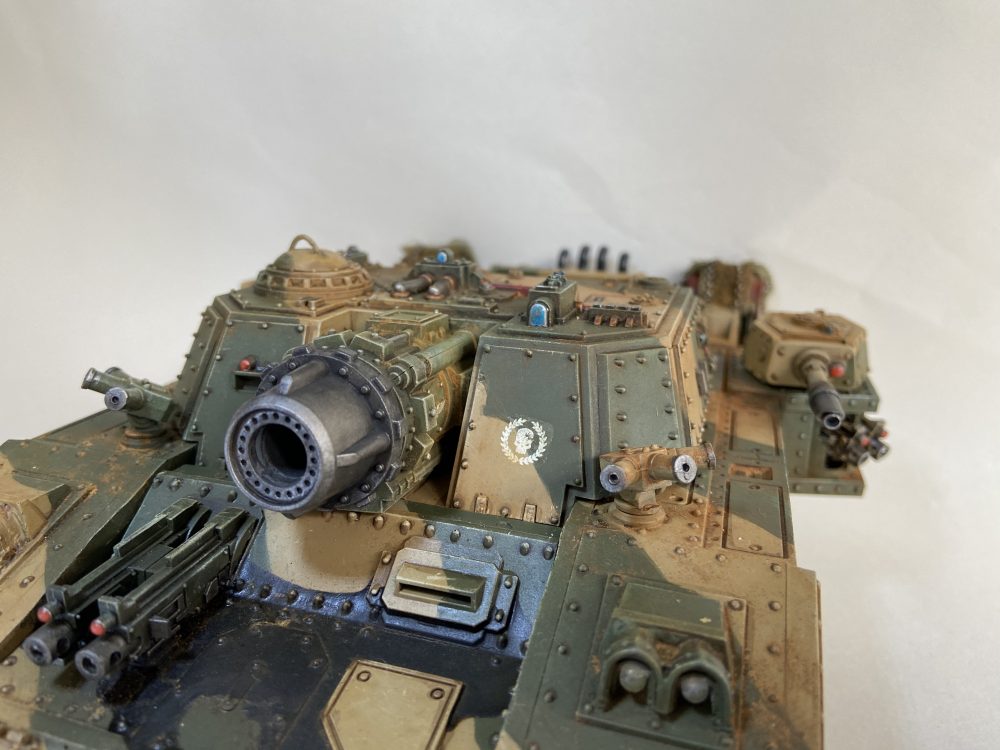 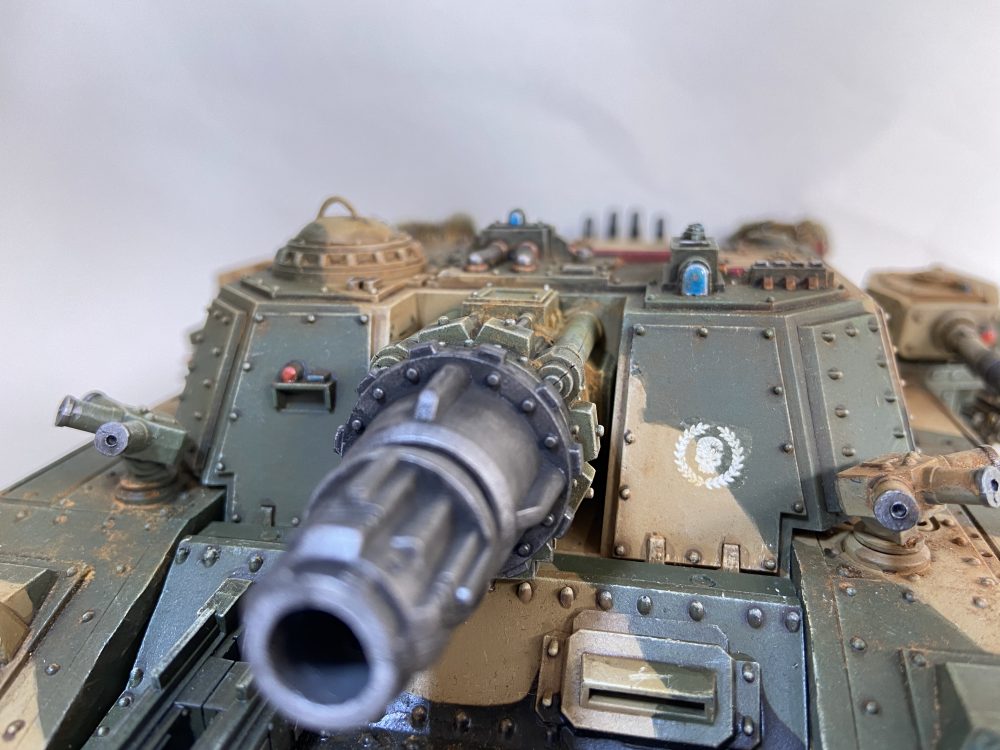 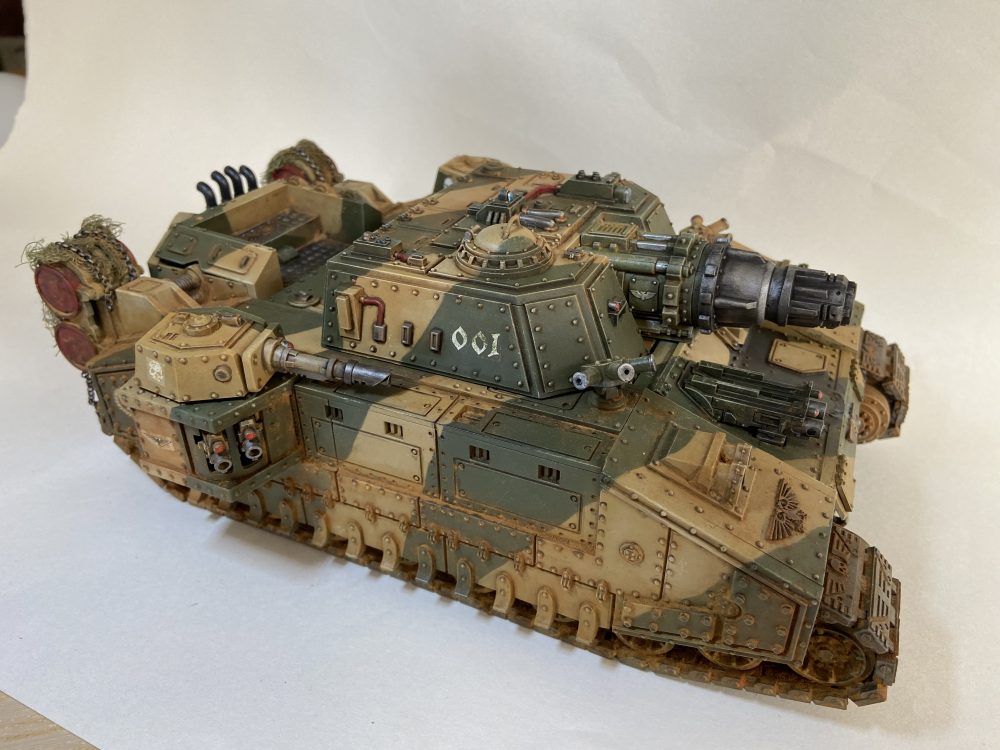 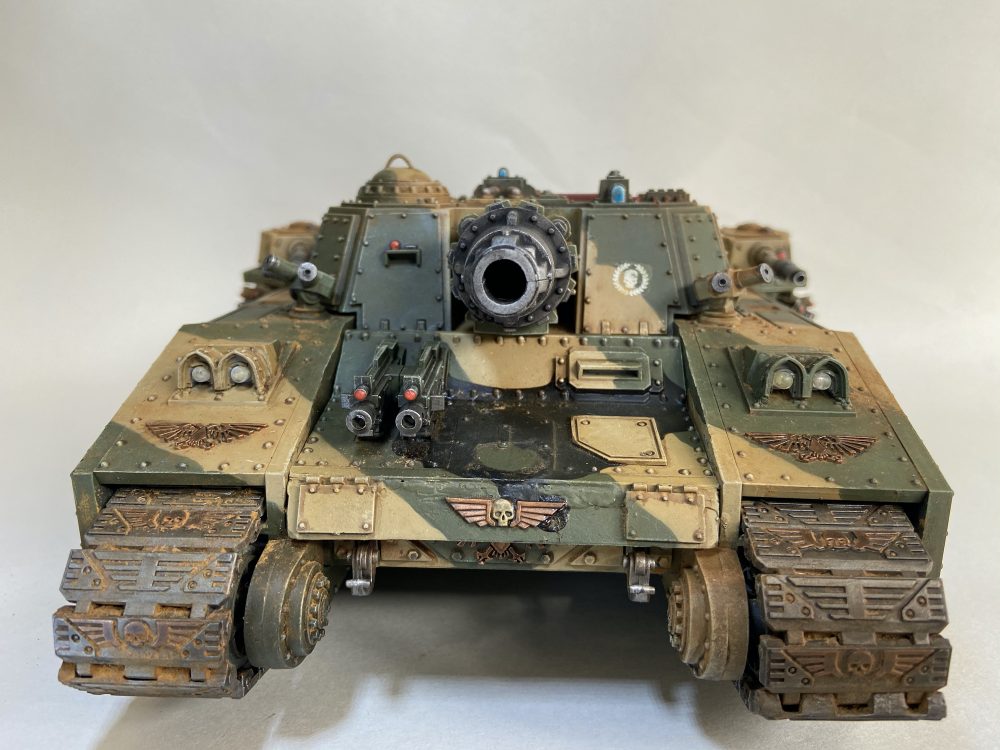 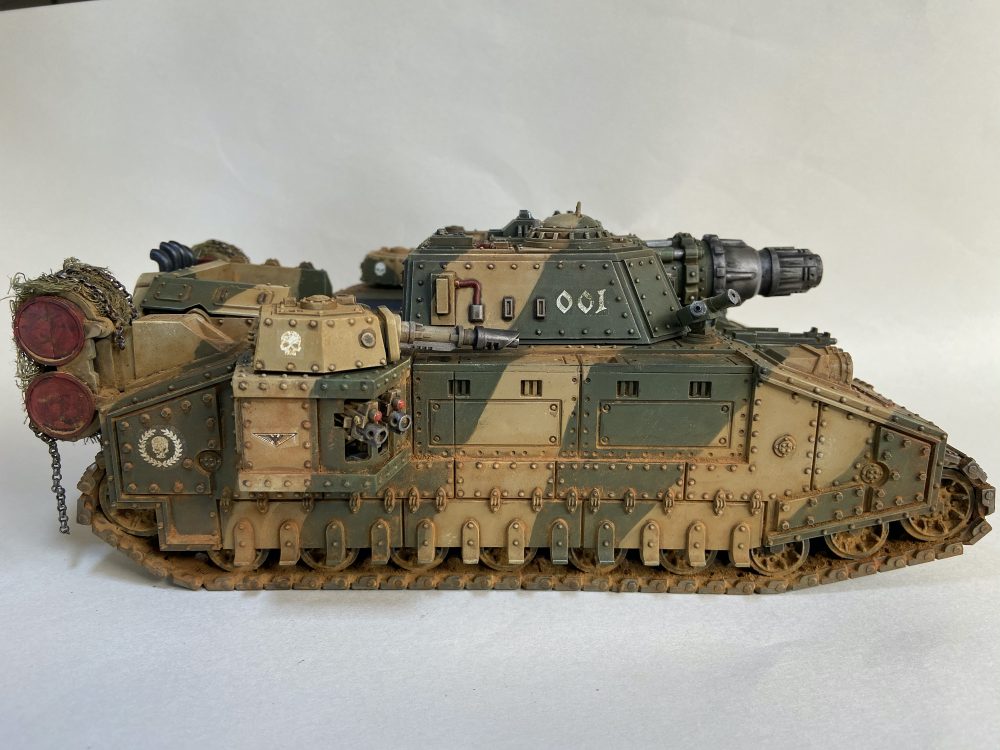 Tonight I am not taking the Banesword, but the Doomhammer.

This is the list I am taking in tonight’s game against Death Guard. They will all use the following Regiment Doctrines; Jury-Rigged Repairs and Gunnery Experts.

The Steadfast Leviathan Tank Ace allows the unit in a Super Heavy Auxiliary Detachment to take a Regimental Doctrine. 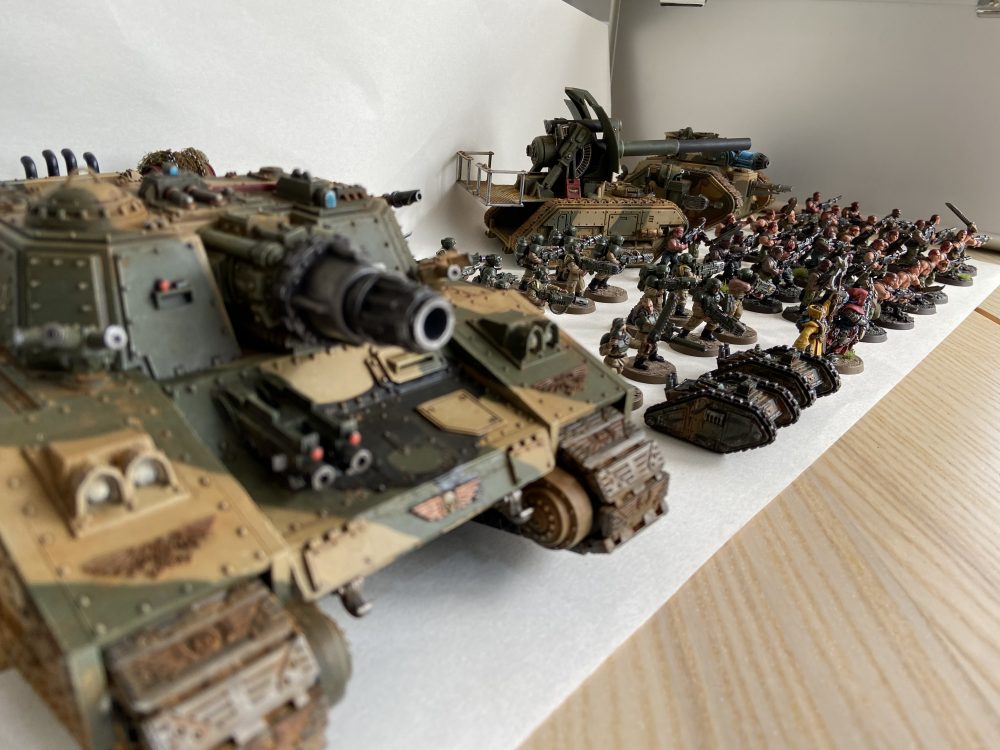