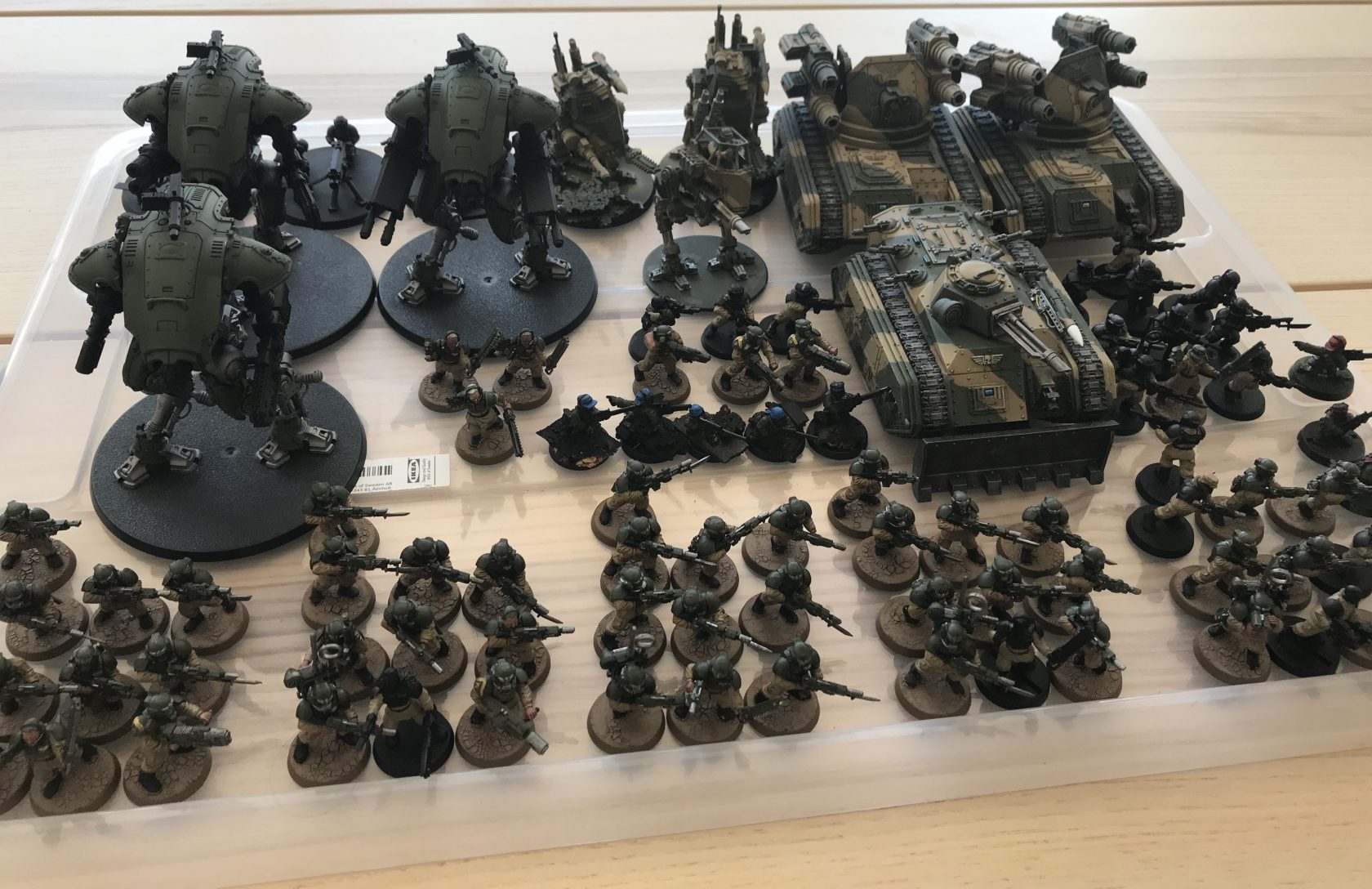 And so the time has come! Tournament time! I’m excited and anxious in equal amounts. Here is my Astra Militarum Tournament List. With a sprinkling of Knights.

This is my final list. I’ve had only one game with a version of this list. Due to holiday and life. But that’s OK. I’ll enjoy it no matter what. Well unless I get tabled three times over. 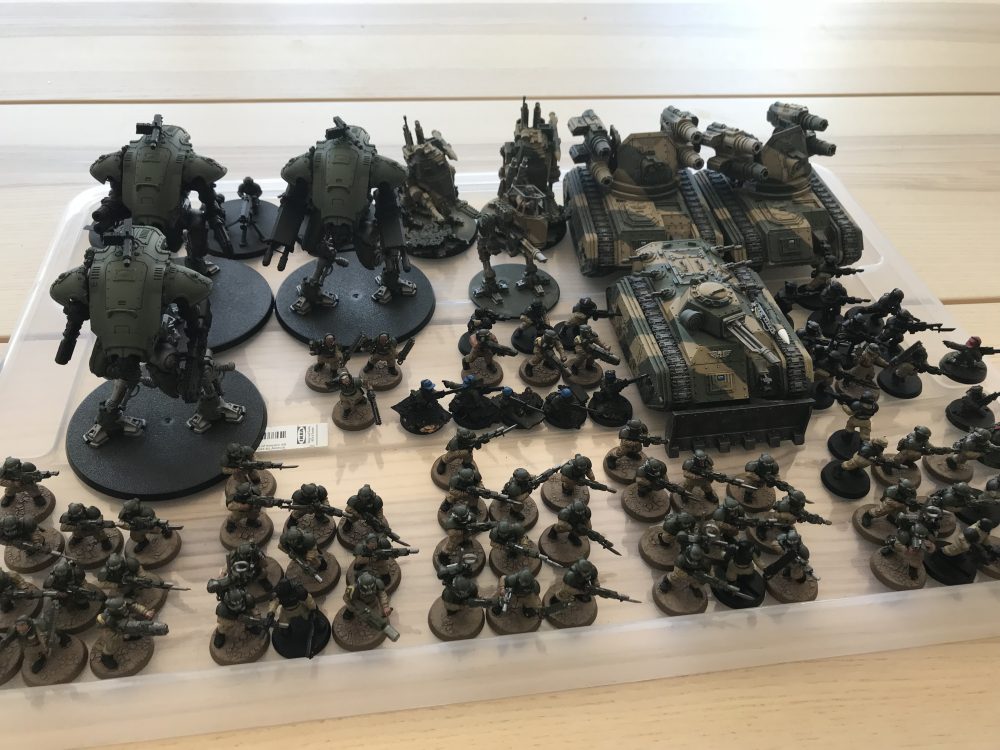 I’ve added Vox all over too for 30 points in total. The normal range of 6″ is very short and it means I have to keep together or just don’t move. This extra range on orders will mean my Squads can move about more freely and still be ordered to die spectacularly for The Emperor. Genius.

Note its zero CP because you get no CP if this detachment is all Armigers.

The Tournament is today at Boards & Swords.

You can view the outcome at the Tournament Debrief. 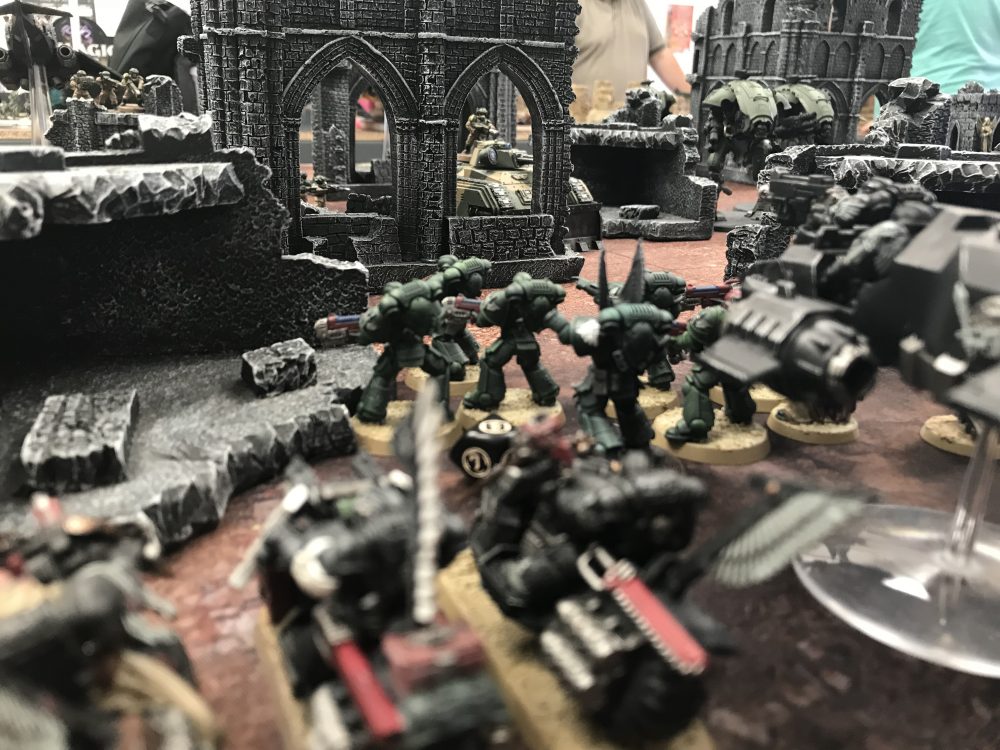 Image from the tournament