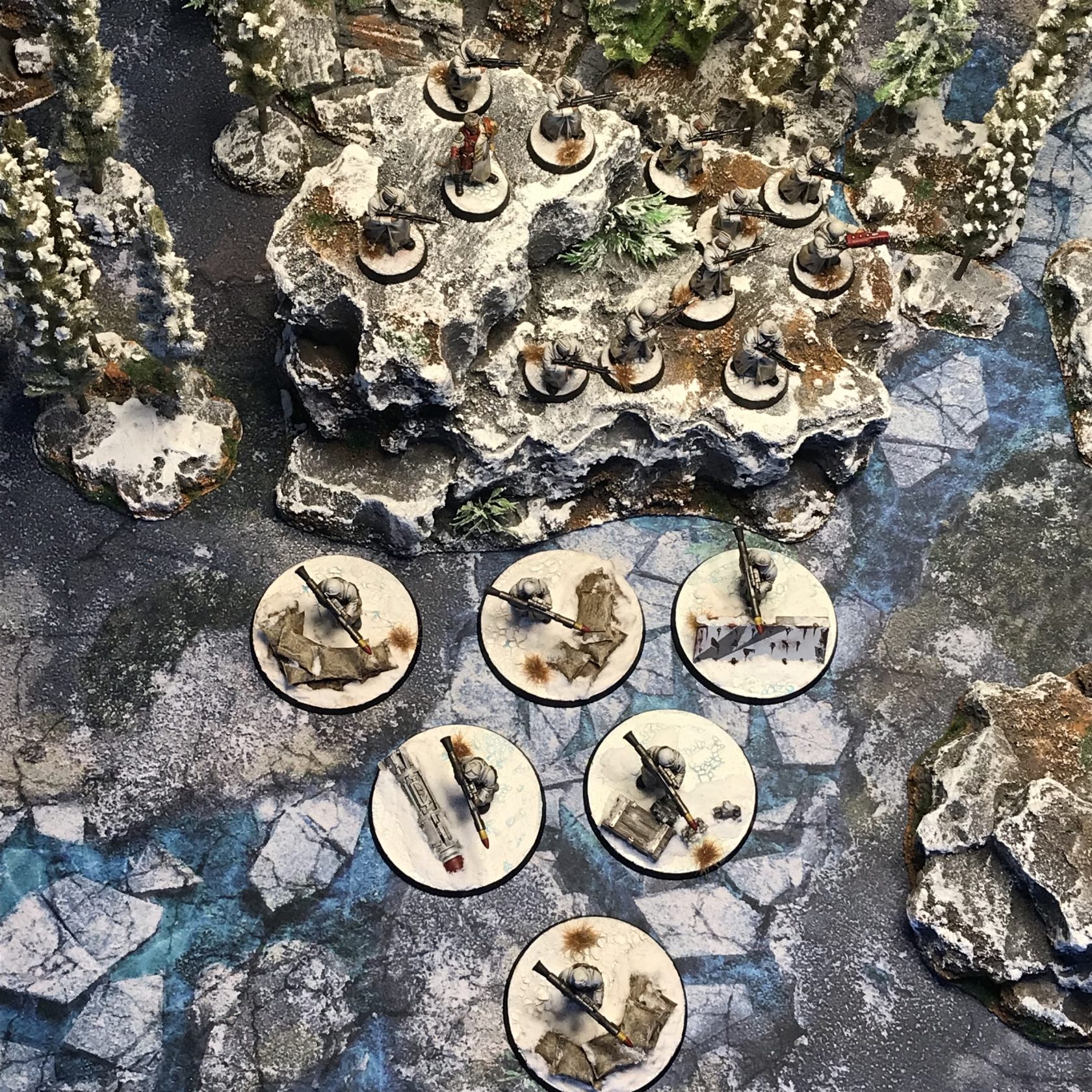 Astra Militarum on a Budget – 500 Points

Let us talk Astra Militarum on a Budget and get you to 500 points...

The idea of Astra Militarum on a Budget came from the live chat on this blog – thanks, whoever you are! And yes, that live chat is me. It’s not a bot! I get a lot of this…

I assure you I am real and I’m not a Machine Spirit living in this blog. If you’re new to the Astra Militarum then you should try my Getting Started Guide.

Astra Militarum on a Budget

So Astra Militarum on a budget. Before I dive into this I should set out some aims and limitations.

The simplest and most obvious way to go about this is to determine the cheapest unit per point and just take that unit as much as you can. But that won’t produce a legal, or fun, list. So I’ll aim for some variation to produce a legal and a fun list.

Playstyle has gone out the window on this one. If you want to play a certain way; be it tanks, mechanised infantry, artillery or flyers then that’s your limiting factor, rather than cost. If you just want to get to 500 points then keep reading.

There are many different places to buy your models from – Games Workshop comes to mind and will be the first port of call for many new players. Therefore those are the prices I will use.

Local game stores are cheaper, as are independent online retailers and second-hand models from eBay. But they won’t be the go-to place for new players to buy from.

There are of course changes in price not only across stores but also across countries. But this should not matter within the context of this article. If it’s expensive in a Game Workshop store in the U.K then it will be expensive in a local store in New Zealand too.

Any point limit I set is a bit ambiguous. A Leman Russ model can be 130 points or 200 points plus.

The monetary cost stays the same for you but you have multiple build options per unit in the above three examples. If you have a base of 450 points then it’s easy to make up the last 50 without spending any more money.

After looking into the various units out there and their costs plus the Start Collecting Box and the Cadian/Catachan Defence Force – the Defence Force is by far the best starting point for 450 points – and beyond.

I made a Google Sheet (which you can view and copy) to compare all the main units for the Astra Militarum. The main data point is Cost per Point. This is the monetary cost per point of your army. So if you only used models that cost £1 per point then a 500 point would cost you £500. Which we certainly don’t want.

What this boils down to is that the Cost per Point for the Defence Force is 25p. This is very low compared to units on their own. And we can only assume Games Workshop has thoroughly thought this through to make it a desirable purchase.

Every unit type in the box is the same or cheaper per point when bought in the Defence Force bundle.

The Defence Force comes out at about 440 points if it is used in the following way;

You can shrink that down by not taking a Command Squad or taking Mortars instead Missile Launchers. Or you can beef it up by fully loading the Leman Russ, adding Special Weapons where possible and taking Lascannons instead of Missile Launchers. It is pretty flexible. It also gives you some armour and some infantry.

If diving in headfirst is not your thing then maybe the Defence Force is not for you. It is a lot to splash out on a new army and it also gives you 30 models to build and paint in one go. Which is not an easy or quick task.

Infantry is not cheap though, at 50p per point. This makes a new Guardsmen £2. Not cheap at all. I did write about eBay Astra Militarum Tips some time ago and these still hold true now. You can get a decent amount of infantry from eBay and for a lot less than £2 per Guardsmen – it is possible to get them around £1 per model.

That is a bit better at 25p per point, about the same as a Leman Russ. If you can get Leman Russ new for 25p a point and Guardsmen for 25p a point then you can slowly build up your tanks and infantry at a similar rate.

Try and avoid Sentinels as these are costly when you look at the cost per point, 57p!

Characters are a bit hit and miss too. A Commissar is really costly at 94p per point, but Yarrick is a steal at 15p per point.

If you buy a box of ten Cadians you will get ten sets of legs and (I think) ten bodies. You will get many head, weapon and arm options though. If you can source some legs and bodies on eBay or online sellers that stock bits or from friends then you can use the leftover bits from your kits to make full Guardsmen! This is handy to do as it gives you the odd extra Guardsmen to equip with a spare Flamer or Vox-Caster you have laying about. 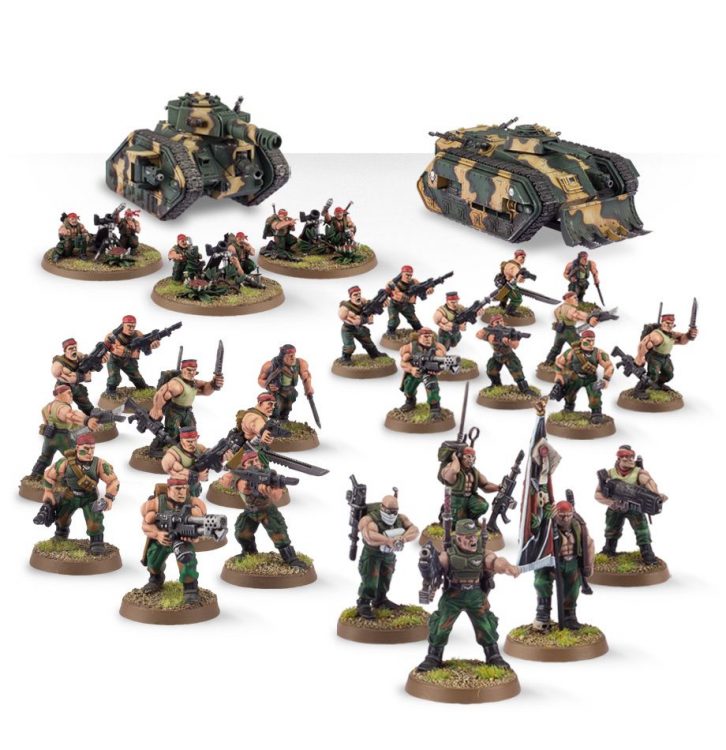 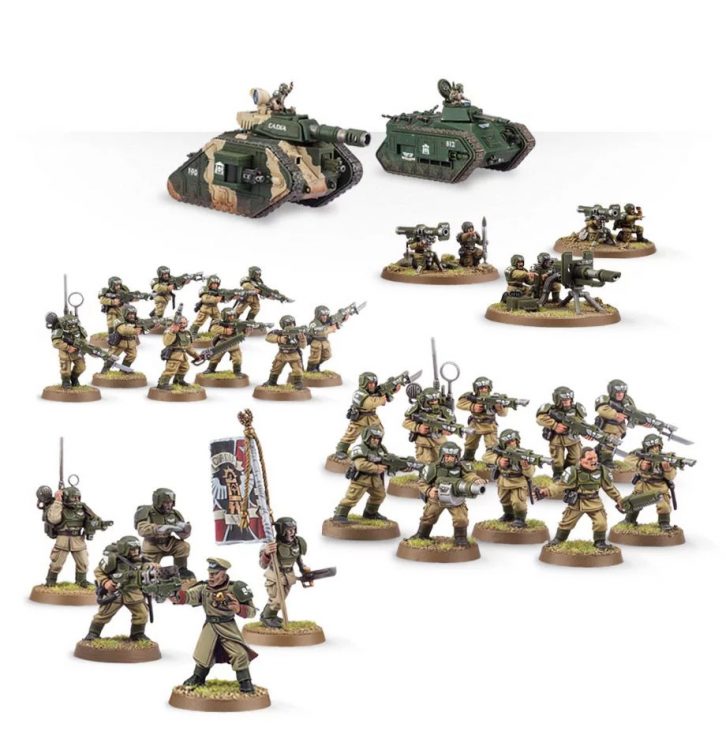