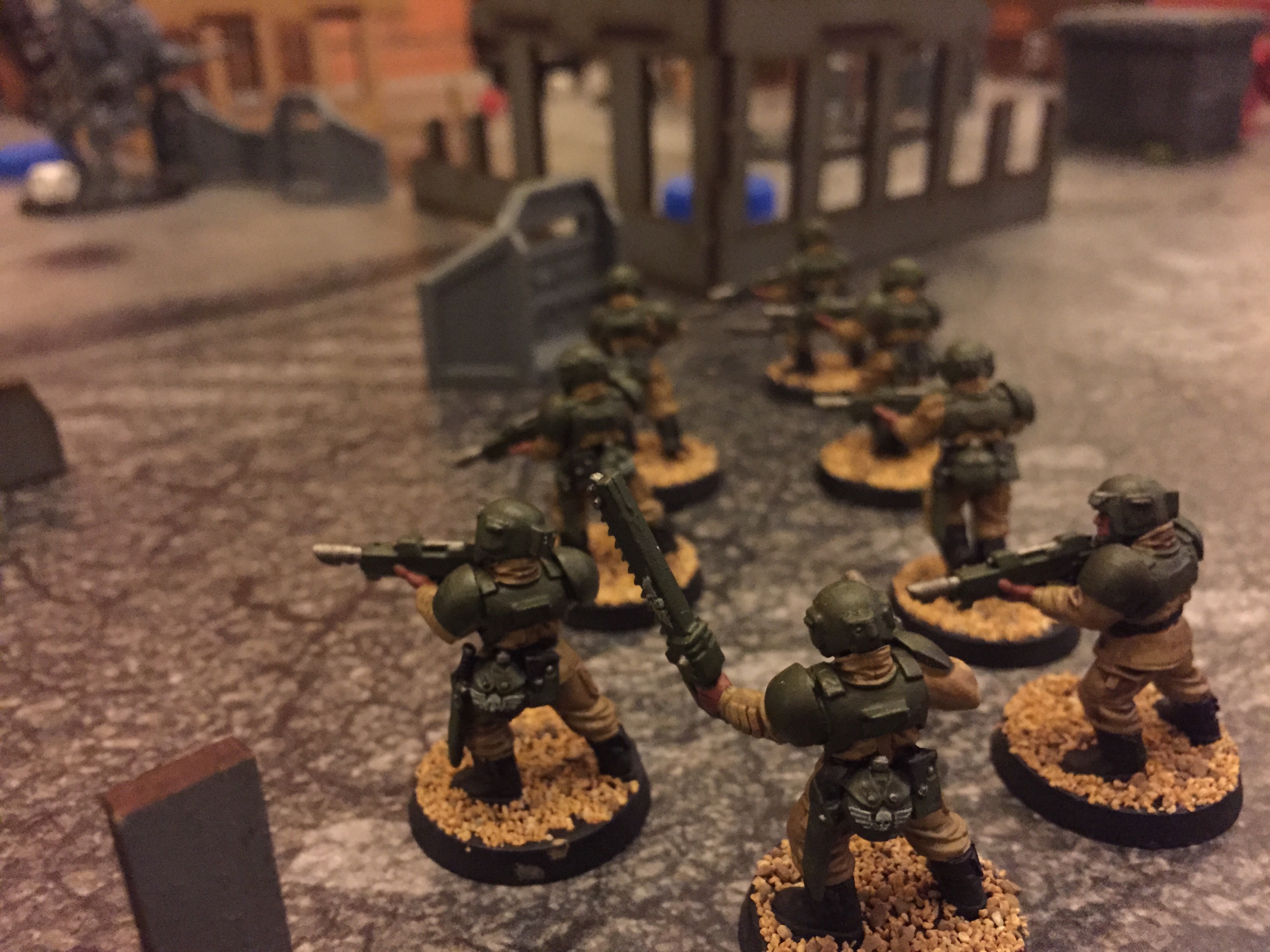 I’m using this as an intro to a 40K game due to take place in the near future. It’s between three different forces, two of the forces are teaming up, I won’t say which two you’ll have to read on to find out. But the reason for this story is to ‘justify’ two of those forces forming an unlikely alliance. Our newest player hasn’t a full force yet so needs to team up with someone to put together a viable list. This is the why.

I’d like to hear your comments and feedback on this, so don’t be shy! You can now read Part 2!

Kane knew he’d made the mistake but it didn’t matter, for 56 years he’d worked at the Adminstratum on Holy Tera. He punched in numbers all day long, population figures, death rates, birth rates, coordinates and ammunition quantities, he didn’t care. His life was a blur, tomorrow would be the same, as would the next day and the next. Endless, meaningless numbers. Only the free recaf spared him from ending it all. And even that wasn’t a great excuse.

Onboard the Vengeful Remedy, Major J.G Hay waited patiently in silence as the command deck of his ship was sent into utter chaos. His ship had come out of Warp after nearly two weeks of travel, it’d exited the Warp and headed straight into an almighty asteroid field that was sending the ship’s systems into a panic along with most of its crew. The drop out of Warp wasn’t planned, their Navigator had become unstable and so left the Warp in the hope of saving the ship and its crew. Now the Major would need to clear up this new mess.

Hay knew they were fine, no asteroid in this field would penetrate the ship’s shields. His call for assistance was sent over an hour ago, but with no response yet. He knew it’d come, he only needed to wait. What ever he was commanded to do, he would do, without question or hesitation. The Emperor Protects.

Hay’s dataslate blinked to life and displayed brief, but specific instructions from his HQ;

Hay calmly actioned the message via his dataslate, which immediately put into play the predefined procedures for an emergency scouting party to be dispatched. He felt like a puppet, they were not his commands but those embedded within the message from HQ. Anybody could’ve done his task onboard the ship’s bridge.

The instructions to land were odd however, why not simply exit the asteroid field through conventional travel and then re-enter the Warp. They’d catch the main fleet soon enough and then be back on track for their training exercises. Even if they were late the Remedy’s small contingent of troops wouldn’t be missed. But knowing how his superiors thought Hay knew that if there happened to be a Xeno threat nearby they’d sooner attack it than not.

50 minutes had passed since the first call to drop had been broadcast and finally the first lander was ready. 50 minutes was good, training runs took well over an hour. Lander #15 was ready to go, fully loaded with a scout party and light support vehicles. The Lander left the Vengeful Remedy with a pressurised bang and dropped away from its mothership quickly into the planet’s atmosphere. The insertion through the planet’s atmosphere was quick for the Imperial Guard scouts onboard, perhaps just 4 minutes of shaking, rattling and ever increasing heat.

There was a final thud of the Lander hitting the ground, then silence. The crew jumped as the door’s heavy bolts released from their housings with a hiss, this allowed the main door to swing downwards creating a gangway to the planet’s surface. Cautiously the scouts emerged, rifles raised, eyes peeled. Engineers meanwhile prepared the vehicles to disembark from the Lander to secure key areas of ground. But no matter how many key prices of ground they secured, it wouldn’t help.