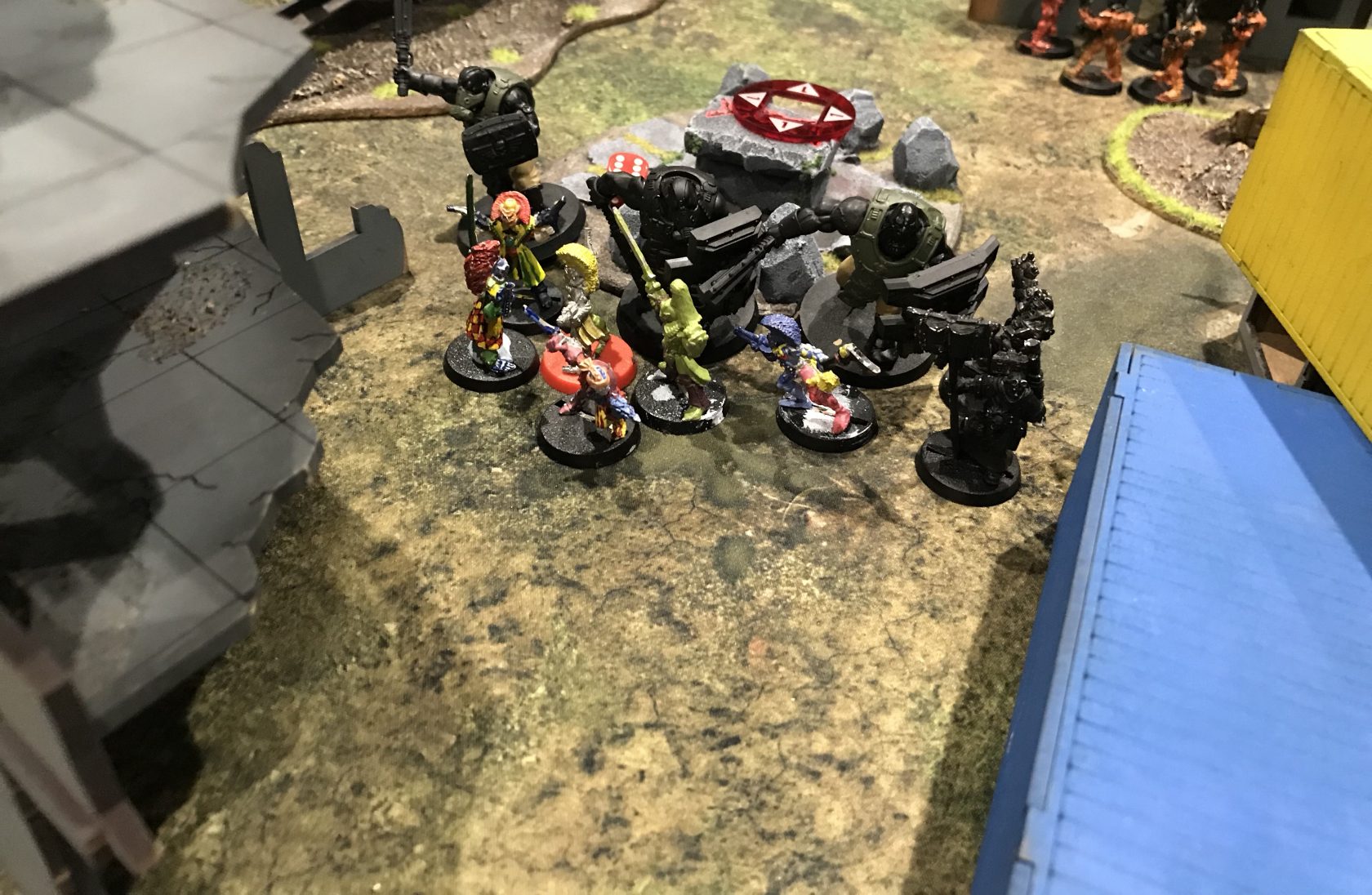 This, I hope will be a quick little article about using Bullgryns effectively in 8th Edition after Phil on my Facebook page asked about them. Onto some tactics and ket points for 8th Edition Bullgryns!Phil said:

I’m finding my bullgryns are under performing or when thrown in against a tough target they just don’t do enough damage. Any tips on how your using them?

And so here I how to answer this question quickly. But a little better than I can on Facebook in a little box.

This is how I run mine. Always.

And that’s it’s. 2+ Save with hard-hitting Power Mauls with AP-1 and 2 Damage.

Frag Bombs come as standard so one of the Bullgryns can throw one of these Grenades a turn. Don’t forget!

Assuming you have a unit of three Bullgryns.

The Priest is a must for 8th Edition Bullgryns.

There isn’t much point in having a Commissar for Bullgryn units of three. The Bone ‘ead is Leadership 8 (wow) and will die last if you pick smartly! So even if you lose two Bullgryns you cannot fail the morale test.

In my last game, the image below, I have a three Bullgryns, Ogyrn Bodyguard, a Priest and a Lord Commissar. This is not ideal and its just how I ended up moving my units. Ideally, the Priest and Bullgryns should be here alone. The Lord Commissar and Bodyguard should be elsewhere with Guardsmen. 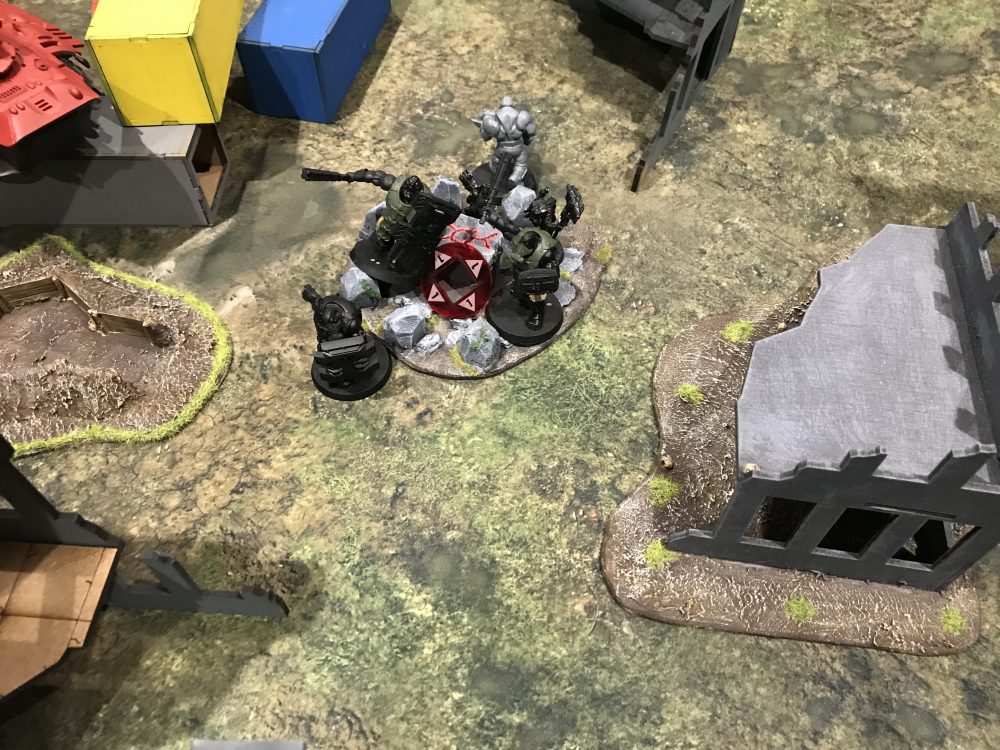 I’ve started placing a Priest and three Bullgryns in a Chimera. Have the Chimera move up it’s maximum distance and possibly Advance. This will put it around the table centre and ideally on an objective.

Wait a turn and then disembark your Bullgryns and Priest and charge.

This, of course, is determined by your charge roll but the 9″ move means you can get close to something for sure. 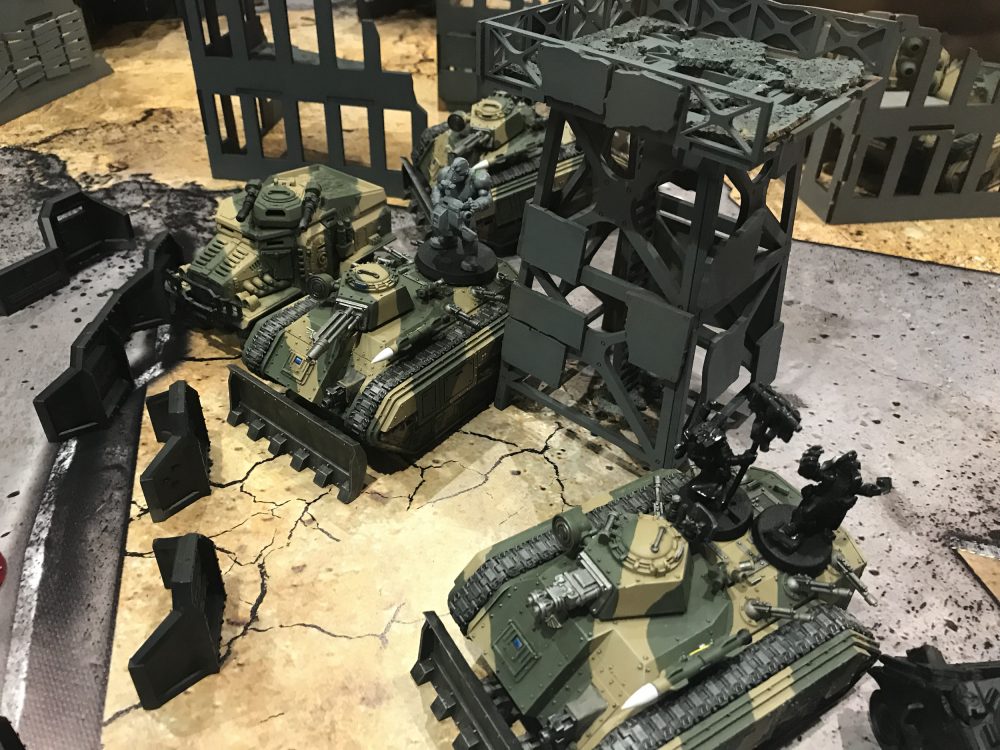 This is key and I think where it is easy to go wrong with Bullgryns. They hit hard yes, but they are not Tyranid Monsters or Knights.

You want to hit something hard and wipe it in one go. So don’t charge a Land Raider. MathHammer says he will do just 2 wounds. Even charging Terminators will result in only two dead Terminators on average. These are bad targets.

Wiping the unit is ideal as it enables you a 3″ consolidation move away from where you were and into the next enemy unit.

If you chose the wrong unit and get stuck in combat then you’re giving your opponent a chance to counter in their turn. They will withdraw and shoot the Bullgryns without them really doing any damage.

It’s very easy to detail a bad target. But if you want to avoid hitting big things and things with one wound. What’s the middle ground?

Light vehicles, Elite Infantry and Monsters are my go-to targets.

Given the number of wounds, light vehicles can have you may not pop it with one round of fighting. But you sure can put 6 or so Wounds on it.

A Toughness 6 target with a 3+ save will take 7 wounds from a Bullgryn charge with a Priest on average. So it’s going to be either dead or very crippled.

I will concede that Terminators are elite infantry, but their 2+ save just makes them too tough for the AP-1 that the Bullgryns have in their Power Mauls.

For me, I’m thinking more along the lines elite but not so tough infantry. They’re elite in the sense they are specialists but not so elite they are Toughness 7 with a 2+ Save.

You can smash these units to pieces. Then once your opponent has picked their jaw off the floor, they then have to deal with a 2+ save. Which is of course easily mitigated. But it’s not expected from the Guard and so the obnoxious Xenos and heretics struggle to deal with it.

These as targets are borderline for me. They have a high Toughness, usually 7 and so you’re wounding on 4+. They have a 3+ save which isn’t bad as this will go to a 4+. But they usually have some sort of special ability too which makes them harder to kill. Eg ignoring wounds on a 6+ or being -1 to hit. Or some other shenanigans.

Having said that I have seen three Bullgryns put ten wounds into a Wraithlord before. The poor guy only had five wounds when I charged him!

So I went into it only needing to do five wounds. This is three failed saves as the Power Mauls do 2 Damage each. This happened in an Eldar vs Astra Militarum game recently. 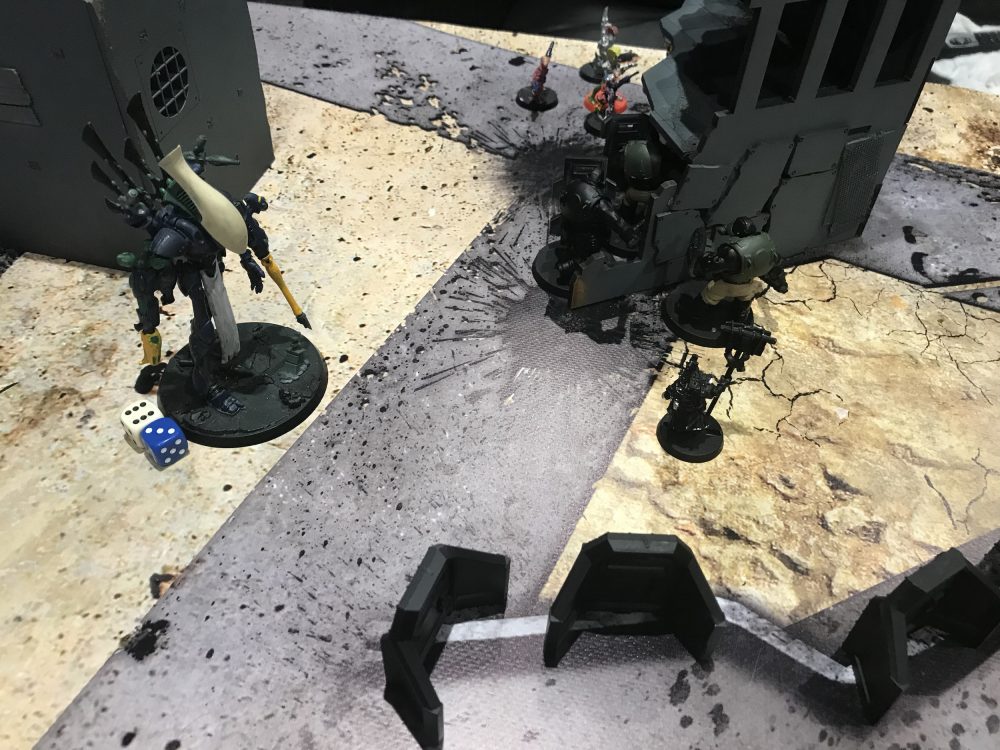 Throw in a Medi-Pack in a Command Squad nearby to heal one wound on a 4+.

If you take four Bullgryns add in a Regimental Standard for +1 Leadership. This ensures your Bullgryns cannot run away, even if you lose three in a single turn.

That’s all! I hope this helps Phil! Let us know how you get on!