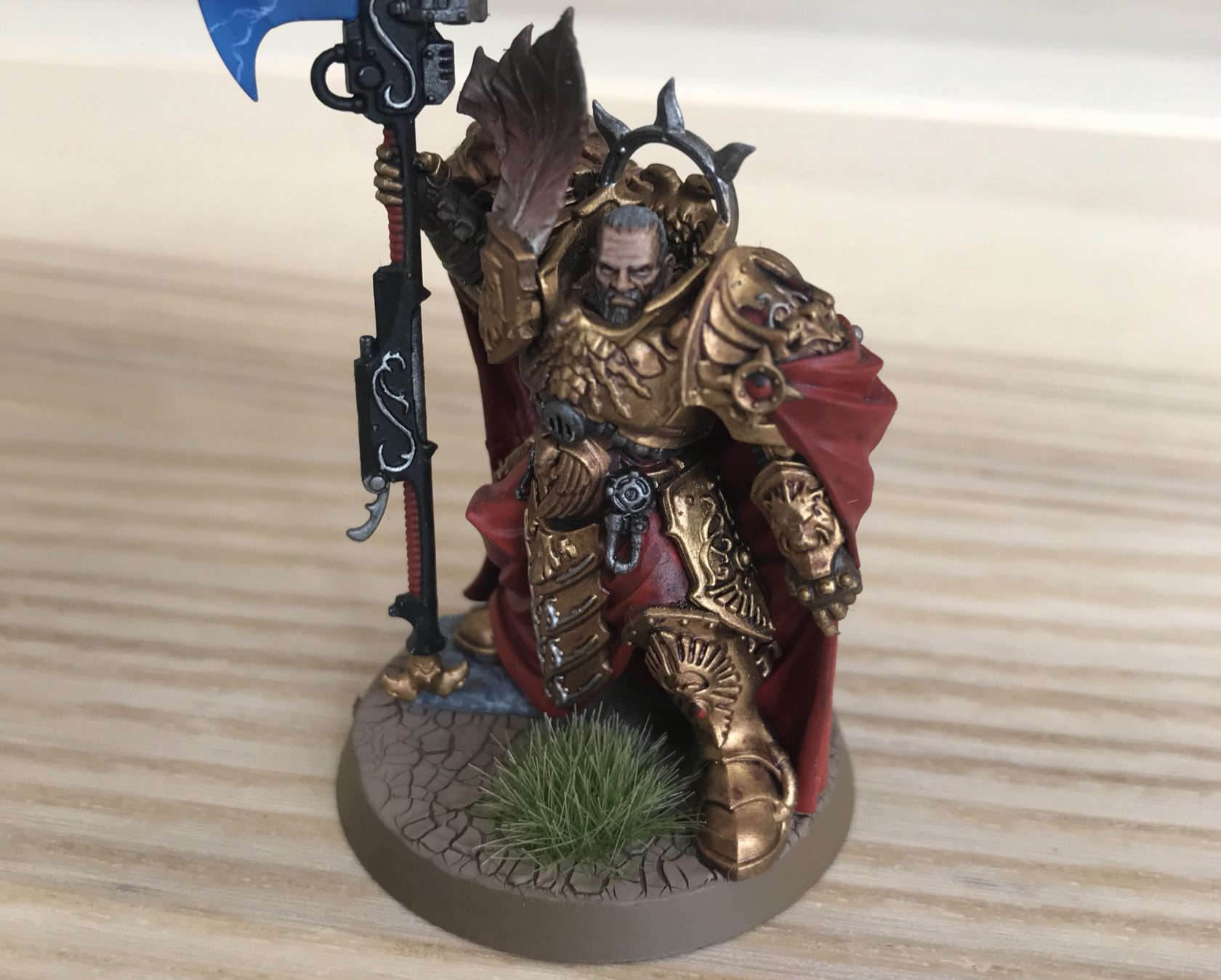 This is my least Astra Militarum list to date. I’ve now got Captain-General Trajann Valoris from Dave and he’s looking great! This is a list for next week – 1,500 points Astra Militarum vs Dark Angels…

Which means I can now field my Custodians with him alongside my Armigers and some Guardsmen!

Unsure how it will go as this is the most elite force I’ve ever fielded and it’s a low model count for me. 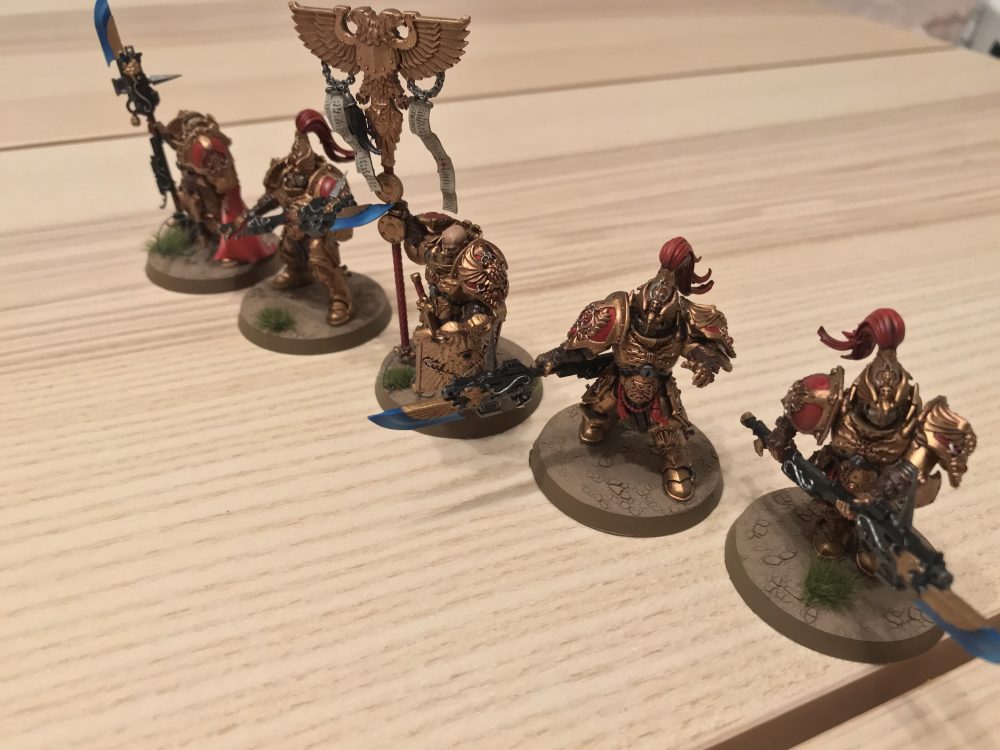 I have got the Vexillus Praetor to give my Guardsmen a 5+ Invulnerable Save. Although that might be hard for the squad that goes in the Chimera and races away from lines to be destroyed instantly.

I see this list going around as a blob of firepower. The Helverin and Wyvern will hang back while the Warglaives spearhead and assault.

The Helverin did very well in my recent Astra Militarum Tournament list and it easily made it into this 1,500 points Astra Militarum vs Dark Angels & Eldar list. I kind of feel like I want three Helverins now!

Custodians will mop up infantry while the Guardsmen focus their Lasguns into anyone that survives! 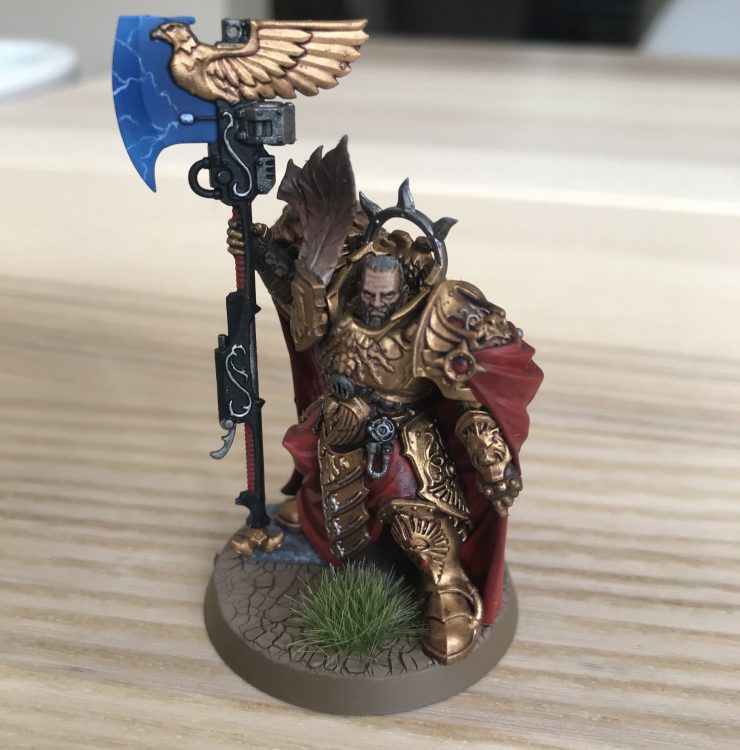 The Psyker is a cheap HQ choice and some debt the Witch. I’ll probably use the two defensive powers; Nightshroud and Psychic Barrier.

This is for a game next week. Expect a write-up! Taking on this Eldar force is an age-old battle for my men.

My current painting milestone is to finish my ten Ratlings. And they are going well. So that should be achievable. The main thing left to do is the bases. 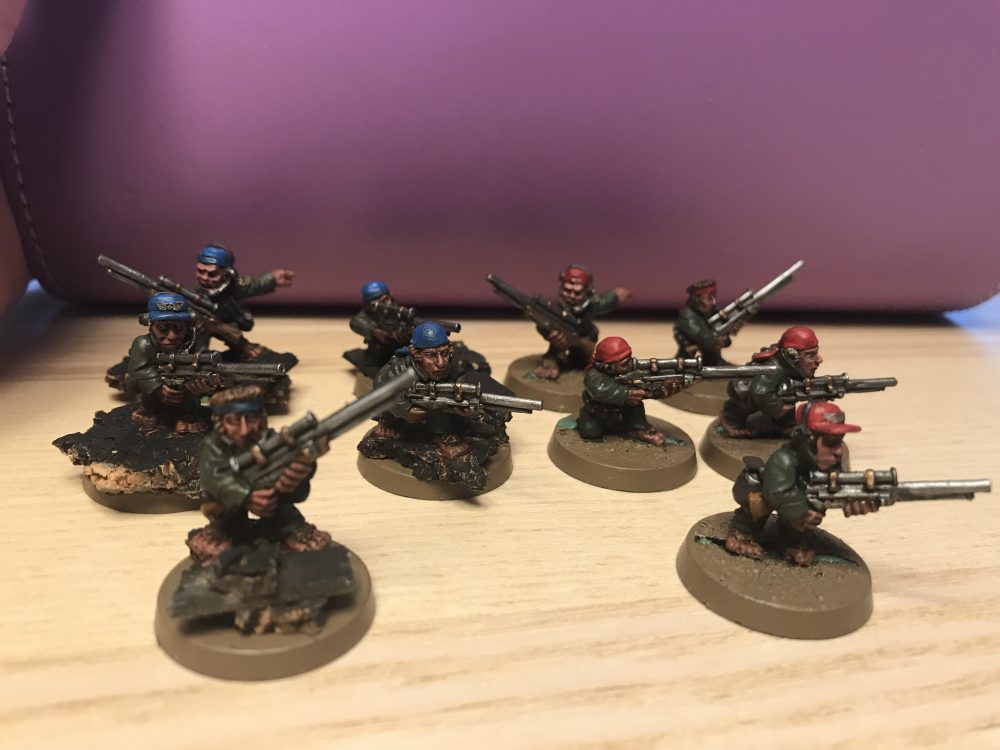 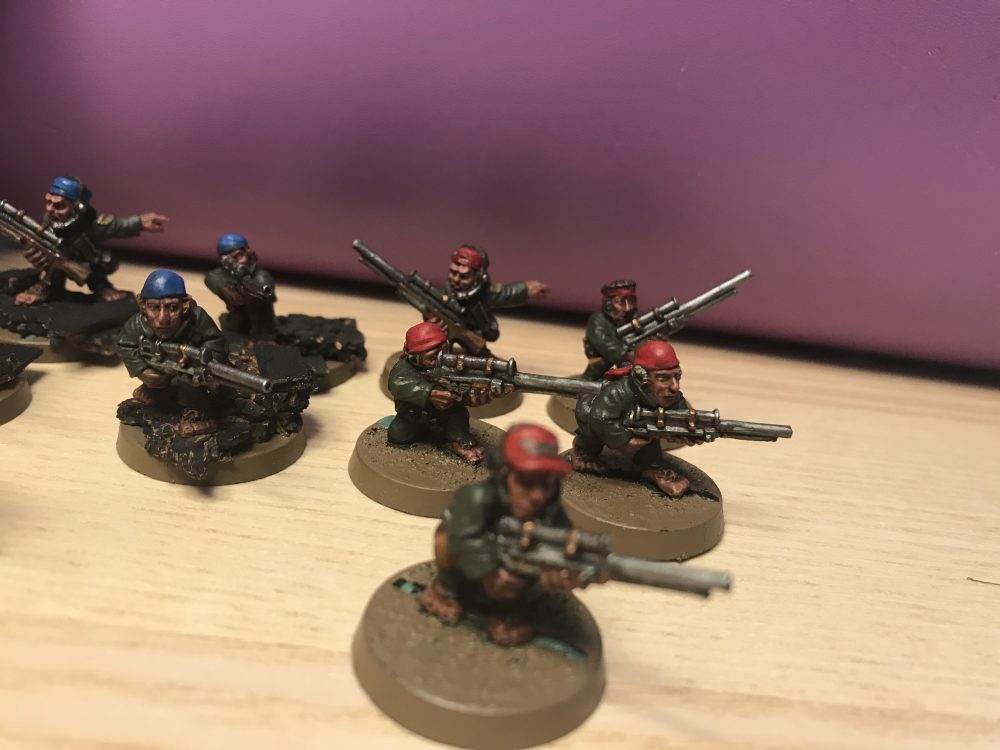 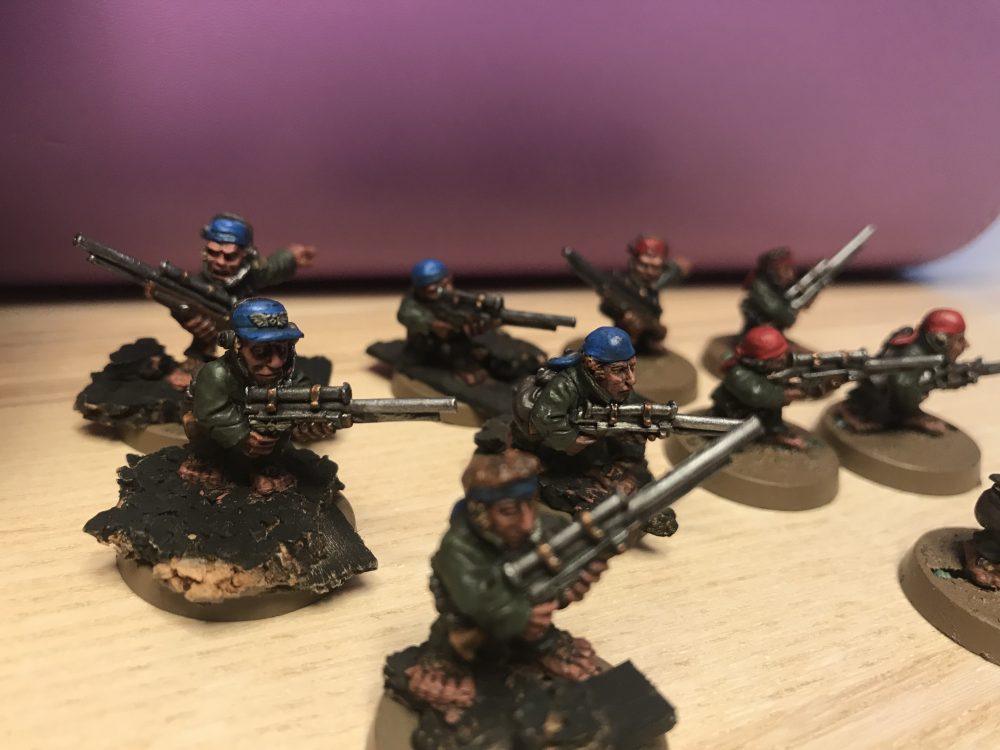