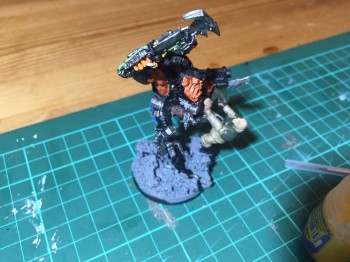 This update is a little old, these pictures were taken a few weeks ago, I just haven’t had time to upload them yet.

I’ve been doing some tidying of the completed right arm as well has got a layer of grey on the base. I have also re-done the rocket pack – I had originally wanted to do checkers on it, my first attempt went OK, but the tidying up of the checkers went badly and they ended up being worse. This was rather demoralising after getting them fairly close to how I wanted to them to look.

So I decided to scrap the checkers and have gone for a simpler, black rocket pack with a variety of colours pipes and wires. The metallic legs also got some love too with Runefang Steel for highlights. I haven’t ‘completed’ anything during this session, just added bits and bobs here and there.

In other news ResinJunkie has finished my mini! 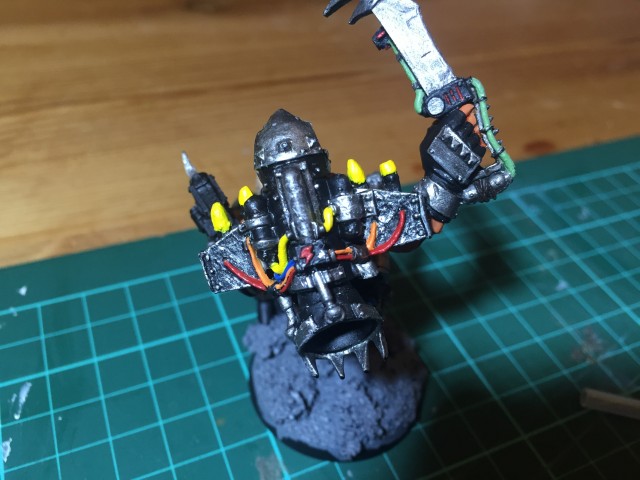 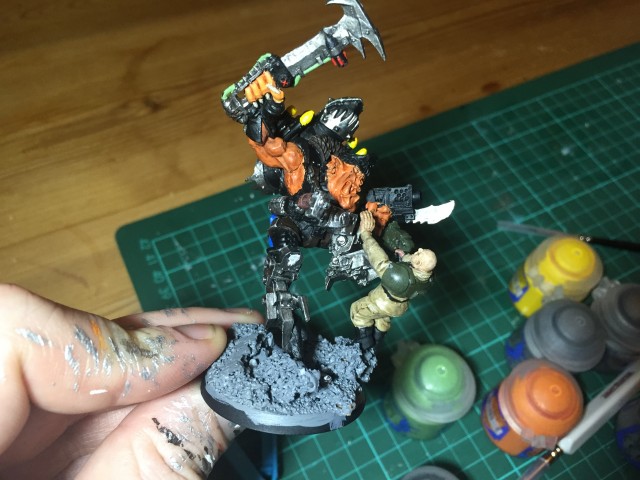 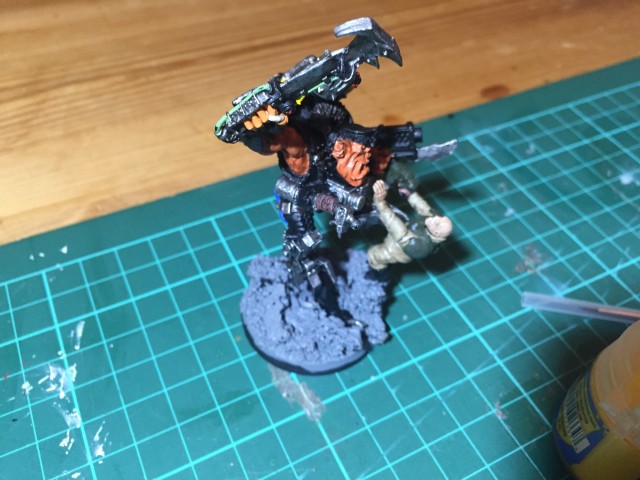 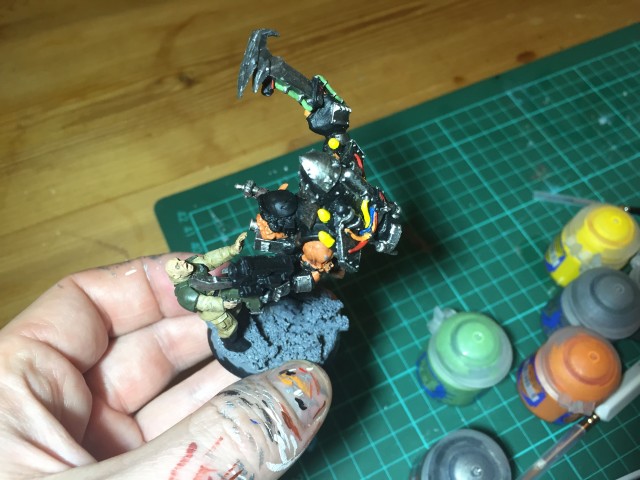 Kill Team for a New Player