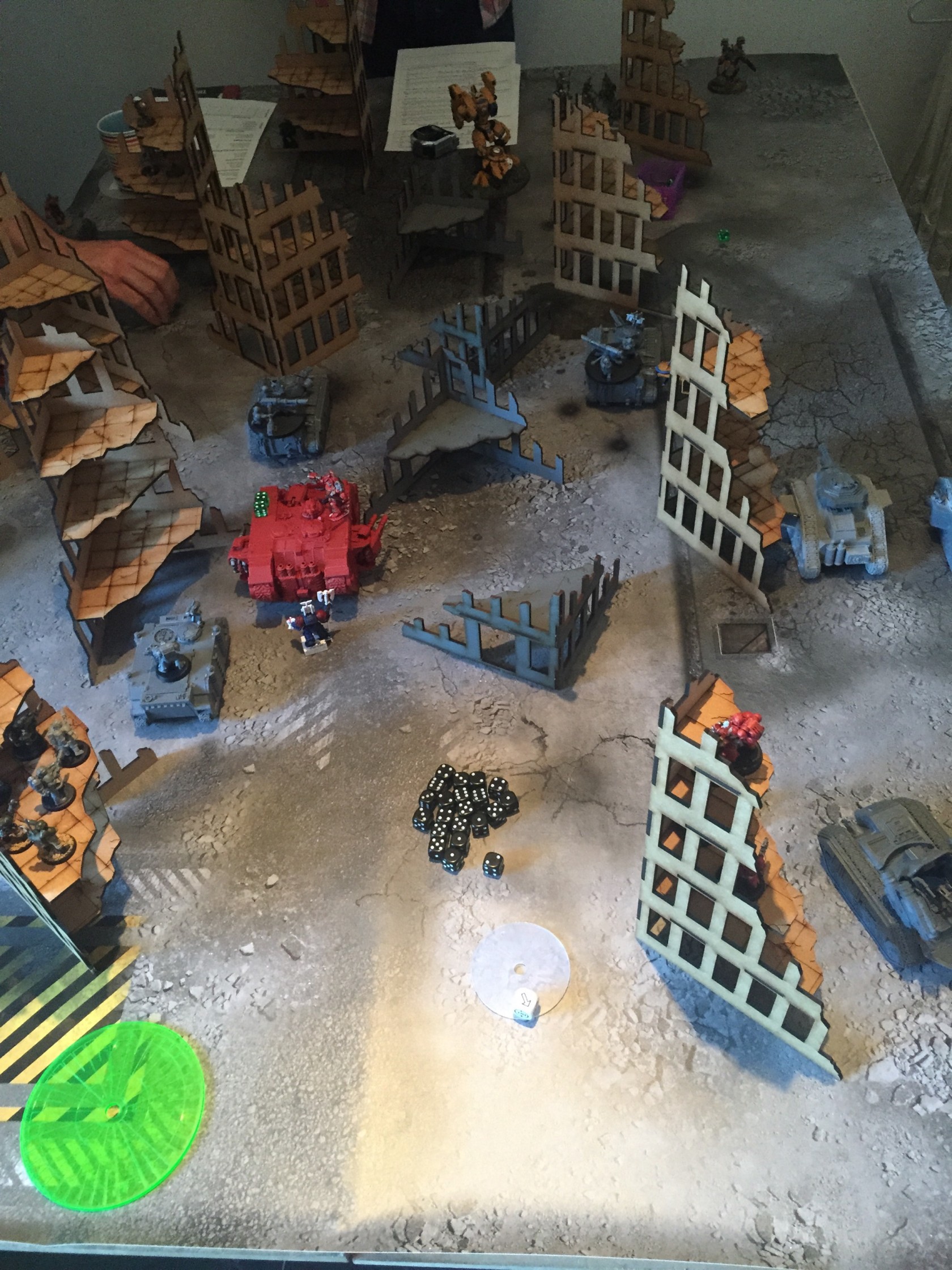 Sometime ago I purchased from eBay a set of laser cut MDF buildings. By sometime ago I mean months and months, this article has been in drafts for a long time.

From the photos on the eBay listing they looked really good and I thought they were worth a tenner. The buildings I’d had before were the official Games Workshop ones. There’s nothing wrong with these but they’re a bit pricy and bulky once built. Taking this into account, buying the MDF buildings from War Games Tournaments was a punt. I’d give it a go if if it didn’t work then I hadn’t lost much.

When they arrived I was dumbstruck. I got a set of flat pieces of grey MDF with building shapes cut out of them. For some reason I wasn’t impressed and felt underwhelmed. I hadn’t really thought about what to expect. I don’t know if I expected them to be built already or what – I left them in their packets for 4 weeks until I had a game of Kill Team.

Me and a friend got them out and started to build them before the Kill Team game. We broke out the main shapes; the walls and floors and begun slotting them together. It was at this point I started to be amazed. They looked fantastic, they’re just three pieces of wood slotted together, and they looked like 40K ruins in seconds. My initially thoughts in the products were quickly forgotten.

The buildings were actually painted grey then laser cut. The laser burns the wood and makes all the edges a dirty, burnt brown colour. Which looks really impressive. This also works on the cracks that are cut into the floors. The laser must be set at a lower strength as to not cut all the way through. So instead it just scores the surface with a cut and the dirty burnt effect. With the grey paint they looked great.

The sets also came with additional pieces to glue onto the outer parts of the building. These are sort of cosmetic supports. I’ve left those off so far as they would make the building much more bulky and not flat pack buildings. The flat pack aspect is really appealing for me as they can be very easily stored in this format. If I built then all I think I’d be a single man pretty fast.

The ones I bought were painted grey as mentioned, so they already felt and looked like 40K ruins. Other sets are just plain MDF, but with very little effort you could paint them grey, dry brush the edges and you’re good to go! One down side of the plain ones is that you’d lose the cool burnt effect on the edges. Which even on the plain MDF looks good.

Once I’d realised that the buildings were really good I set about buying some. So far I just had the four grey buildings. I then bought several larger buildings in plain MDF, some three and some four story buildings. These were slotted together in the same manner as the grey buildings and also came with cosmetic supports – which I’ve not used.

These buildings are slightly harder to put together, but by no means a challenge. It just takes some practise in getting all the floors in the right place. Also pinching the corners together to move them is a good idea as it stops the whole building collapsing in your hands when you pick them up.

I love these buildings; their look and their ease of use. A perfect addition to any Warhammer 40K table too battlefield.