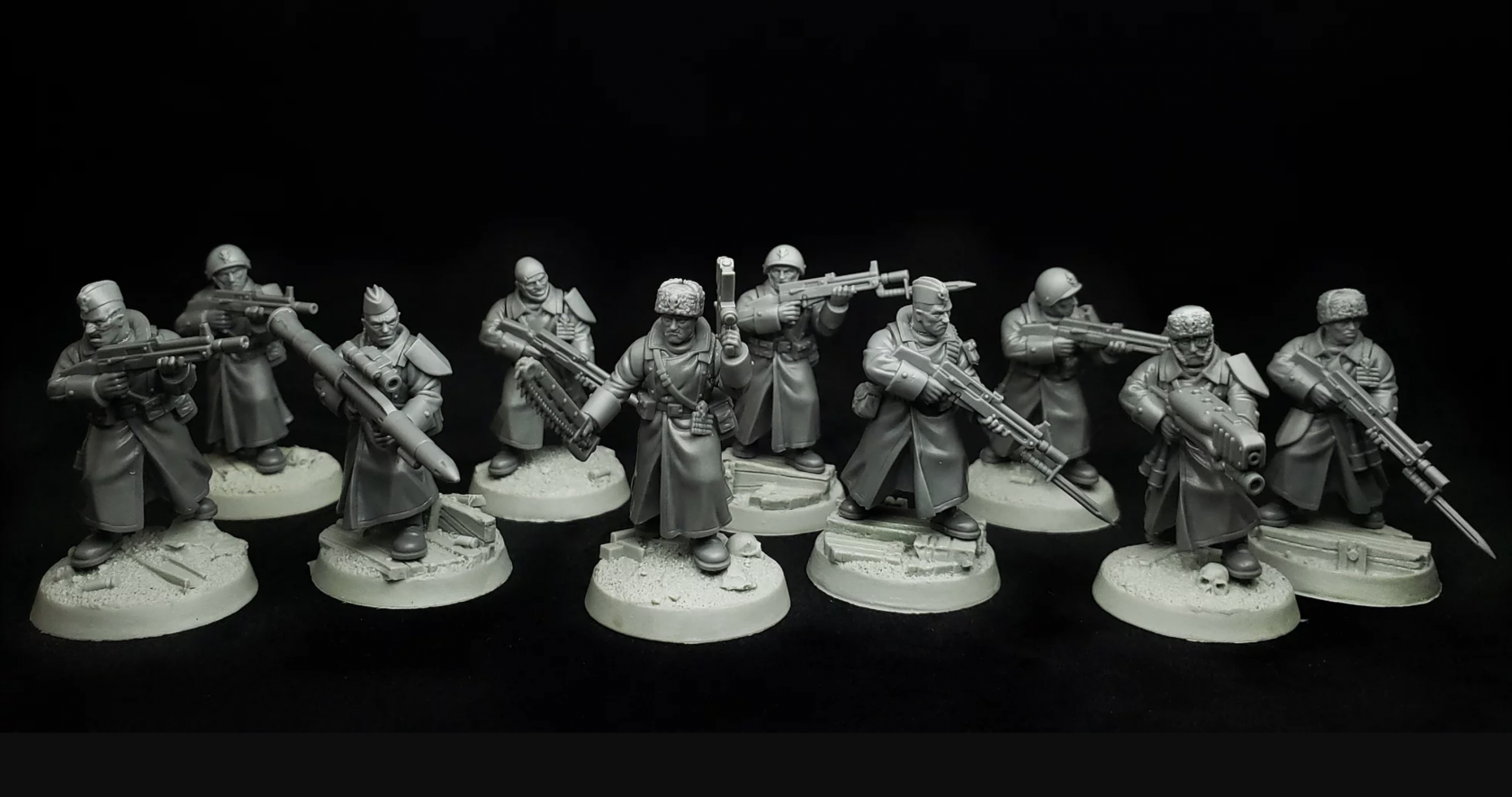 There is a saying in Astra Militarum Tactics:

No one knows where this term originated from. But I’ve taken it onboard for my latest Regiment, the Valhallans.

I bought them during Black Friday 2018. I needed one squad to make a Patrol Detachment. But if you get one then it’s only two more squads to make a Battalion Detachment. And if you get three then you may as well save on postage from the USA to the U.K. – and get six for a Brigade Detachment.h

So I got six. I’ve got 60 Valhallans! This is a nice start to a Brigade for my Valhallan Regiment.

These boys have it tough. It’s cold on their homeworld. It wouldn’t be fair to bring them all the way to Cadia to save Cadia on foot? So let’s give them six Chimeras too.

Oh, they’ll need a Commander too. So I got Major Brokk from Artel W Miniatures.

Why a Valhallan Regiment

It’s very hard to say if the regimental rules or the pure awesomeness of 60 Valhallans drove my desire. Or if it was discovering the models from Reptilian Overlord.

But come on, you can’t say no to having 60 Valhallans rolling up the battlefield in Chimeras! Granted it’ll cost you about 708 points with a Company Commander and with no upgrades at all. It’ll be the best 708 points you ever spend though, from a fluff point of view.

So I can’t get all these new models and not think about how they may play on the battlefield. Their stand out abilities are;

To me, this screams interference.

I say this because they just seem like they’ll be annoying. For the following reasons;

I’d envisage the Valhallan Regiment being thrown forward to disrupt and slow the enemy’s advance.

They’d move forward first in their Chimeras, hope to survive a turn. I dare say some will with there being so many. Then disembark on turn 2. From there they would First Rank Fire, Second Rank Fire. Some would then charge to slow the enemy and get even closer, allowing their fellow Guardsmen to shoot into their combat next turn.

Move, Move, Move could also be very handy. Moving up in the Chimeras and then using this order gives the Guardsmen massive movement. Including the Chimera’s move; in two turns these guys could all be alive and have moved between 26″ and 36″.

Now I just need to get building and painting…