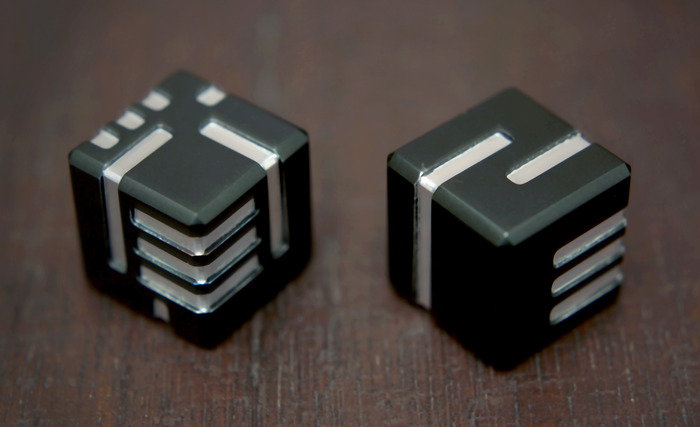 Twin-Linked Weapons – What does it really mean?

I’ve a friend starting to play 40K, it’s his first game in a couple of games. He’s going to need a lot of teaching, of course, and these games will ultimately lead to him hopefully buying some miniatures. He’s unsure at the moment what to go for, so some starter games will give him a flavour of the different forces.

Little note; I had no image for this so I went with the Ako Dice I backed from Kick Starter. I cannot wait to get my hands on these! 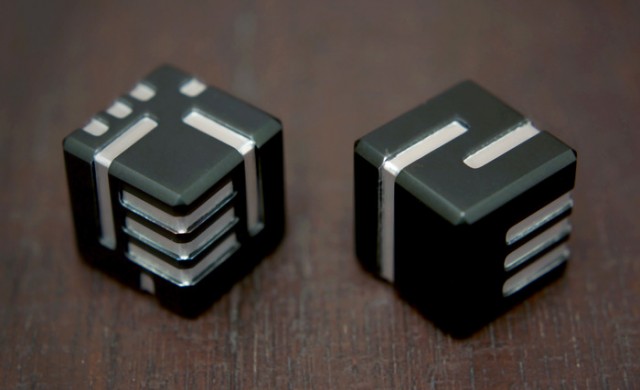 But this got me thinking about how far removed the game of 40K is from reality. For existing players we know it’s not meant to be real and that the game exists as a ‘best fit’ for reality, aiming for anything else would make the game unplayable. But for new players there are certain rules which will not make any sense at all, the first that came to mind was twin-linked weapons.

So the twin-linked mechanic at present, 7th edition, is that you can re-roll misses with ranged attacks, I assume it only applies for ranged weapons! For example if you need a 3+ to hit and you roll a 2 you can roll again in an attempt to get the 3+ you require. A simple enough rule.

At face value what does that actually mean? There is no weapon I can think of where you can only hit once from two shots, if that was the case that famous phrase would be

Hit a bird with this stone or that stone – but by the Emperor’s holy name you mustn’t hit it with both!

It’s a ludicrous rule when plotted directly against reality. If you have two shots why can the two shots not hit? Perhaps its some Quantum mechanics that mean the two shots are mutually exclusive – if one hits then by the very nature of physics the other one cannot hit.

I have been thinking about this for a while now, trying to place this game mechanic into the real world and make sense of it. For fun mainly but also so that when explaining it to a new player you can do it quickly without them saying “Er wait, what, so its two shots, but not, wait, er, what“. So there are my possible silly/fun/daft explanations.

If I have two heavy bolters and both are mounted onto a pivoting firing platform they will move together and point in the same direction, we will assume they’re mounted parallel to each other, rather than skewed so their shots converge towards the same point. If said heavy bolters are fixed one feet apart then its safe to assume they both cannot hit the same target as long as that target is less than one foot wide. If one shot hit then the other will miss as the target will exist inside of that one foot zone between the two heavy bolters.

For those warriors of the 41st millennium that are poor at shooting then the ability to twin-link allows them to hit something rather than nothing. In some situations its better to score a single hit than it is to possibly score two hits, and then miss with both. Having two ranged weapons available to me that are attached together offers a higher level of accuracy on the second shot. The first shot can be used a benchmark, its tracer fire can be seen arcing and landing near a target. The second shot can be adjusted and be more accurate than the first shot by using the trajectory of the first shot. In this situation we have forsaken the first shot in an attempt to score a hit with the second.

But what if I hit with the first shot? I am not going to sit down and consider my job complete if I can rattle off a second shot, am I? I would surely get that second shot off too and attempt to hit the target twice. The second shot is even more important here because its going to be more accurate than the first shot that hit, as the first shot was good and gives you a great benchmark to work from.

Battles are chaos, there is lots going on all the time, everywhere. Time is precious and races by quickly. So firing a weapon for some soldiers may be the last thing on their mind if they are under heavy attack. Being told to fire your weapon by an commanding officer and being threaten with being shot for disobeying orders may make you fire your weapon even if you don’t want to. Say you do fire the weapon and you miss you may be forced to fire again, but try harder! You reluctantly do so.

Like the above situation where a single hit is better than nothing, here we are taking about time, if you’re moving between positions, under fire and trying to fire back then rattling off two inaccurate shots is better than doing nothing. If you hit then great, you can carry on with getting to cover, safe in the knowledge you have attacked the enemy and either killed him or forced his head down into cover. If you miss then you should have another shot while running between positions.

The first reason is silly, why on earth would anyone build a weapon like this! Its a nice idea and a nice way to explain the madness but its so backwards that its inconceivable that this would actually happen. You’re purposefully limiting your ability to damage a target more – why?

The third reason I think works better if we think about it with the second reason. A battlefield is a mad place where your time is precious and your ability to shoot effectively is limited. So some shooting is better than no shooting at all and a single hit will suffice and your life is worth more than risking a second shot and exposing yourself and your unit.

So thats my 2 cents on the subject. What I cannot account for is highly skilled warriors having twin-linked weapons, if they are skilled they need to be taking the two shots in order to score two hits. In short the rule is odd and doesn’t make sense, it’s only a game mechanic and as such should be left in the gaming world and away from the real world.

What are your thoughts on the matter?