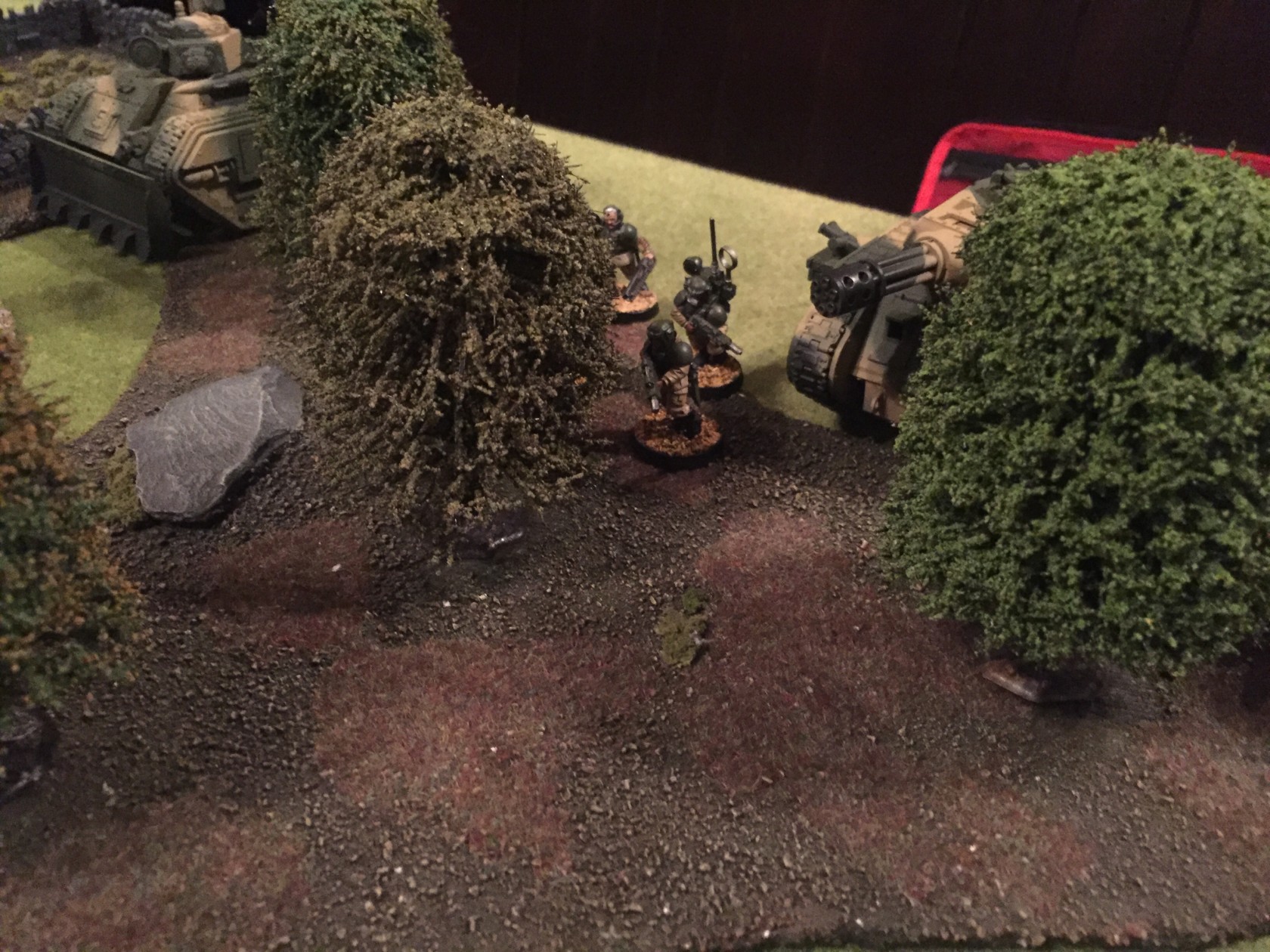 Quick little write up regarding my recent game versus Tau at my local club. A good game, a close game and an enjoyable game. You can also read the list for this game. 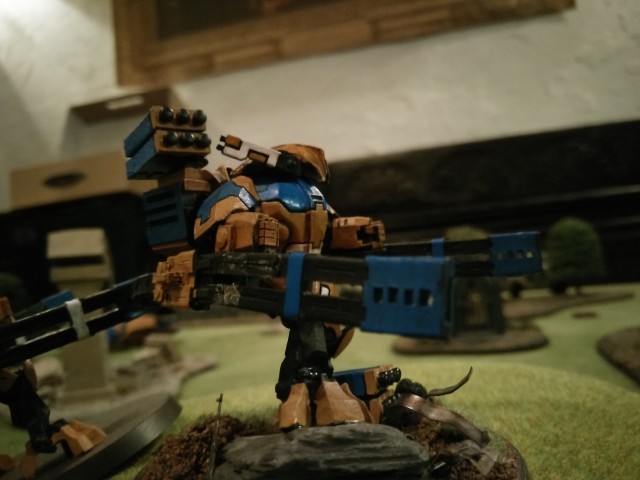 Turn one, first move of the game and Pask immobilises himself in a forest within 6″ of my table edge. This was bad, his Punisher Cannon is only 24″ range which practically rules him out. He does manage to kill a drone later plus a Piranha and a Devilfish – so it wasn’t all bad! Silly Tau Commander if you ask me for getting too close! Twitter was alive with calls to always take Dozer Blades after this mishap, hindsight is an awesome thing. But I think this is one for the list. 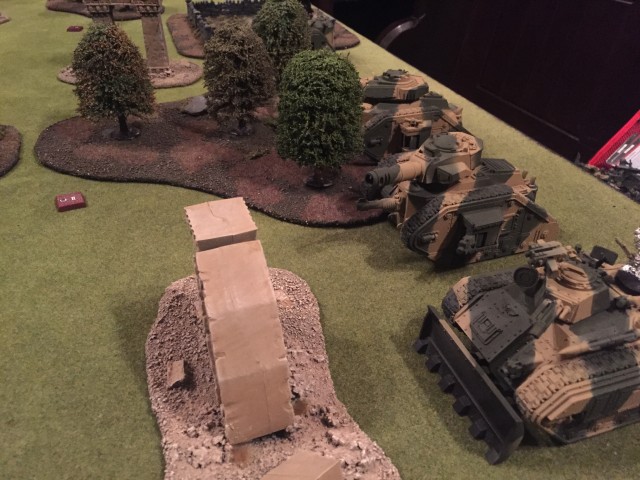 Pask’s deployment at the edge of the forest

Kill It Until It Is Dead

This is a well known tip in 40K I feel. But sometimes one forgets about it in games. There were a couple of occasions when I was trying to kill things completely to wipe them from the board but it just was not happening. This meant I was using the wrong weaponry against certain units as I was trying to kill things completely. E.g. My Basilisk firing against the Tau Broadsides was pointless. The Earthshaker Cannon is AP3 and the Broadsides have a 2+ save. I should have focused my Basilisk on his vehicles all the time rather than switching to the Broadsides as the Earthshaker as the Ordnance rule. 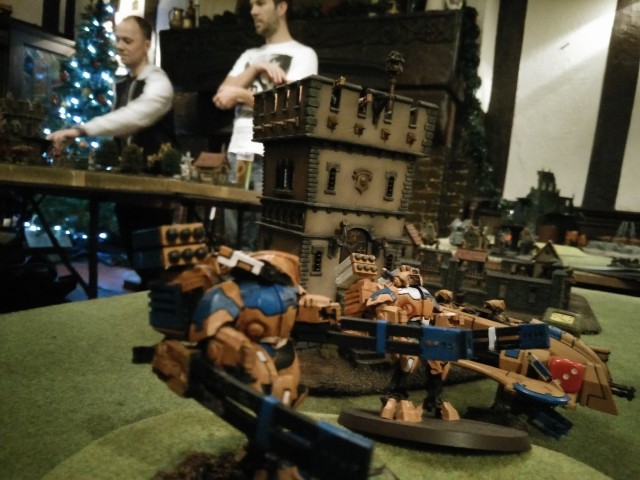 Tau Broadsides, Pathfinder occupied the tower behind them

Outflank Is Not Always Awesome

The Outflanking Sentinel with Heavy Flamer has in the past served me really well. But alas this game the enemy was no where near the table edges so when they came in they were 24″ away from the nearest enemy unit. I still think they are a good idea however. 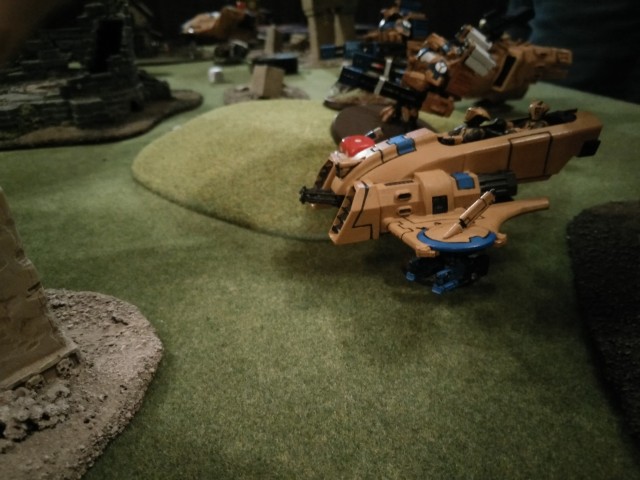 A single Battle Cannon shot from Pask’s bodyguard Leman Russ killed a handful of drones, three Battle Suits and Farsight. A direct hit meant it was just about all over right away as wounds were stripped away with ease. Farsight did manage to drop in and kill a Wyvern however before dying in the following turn. Points for points it was a bad trade though.

The game was Maelstrom, the one where you have the number of cards equal to the turn number. I lost, just. I hardly received any cards for taking objectives. They were related to challenges, linebreaker, holding the line, etc. While my opponent pulled the same objective at least twice and also got other markers near his deployment zone. Not sure I like Maelstrom, but thats another story. An enjoyable game however.