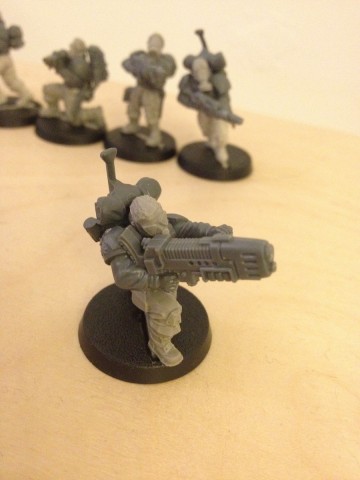 I’ve only ever used Storm Troopers once in a game. I used basic models for them as I didn’t have any modded at the time. This was some weeks ago, before the new Astra codex and Tempestus supplement.

They performed well while they lived. Both teams ‘deep striked’, shot something then died and/or fled. Their mission was complete, I liked them so decided I should build some models for them.

I bought some Elysian legs from eBay, some gas mask heads and some gun mods – barrels, sights and ammo clips. I haven’t used the latter mods yet. I also decided not to do the hot shot lasgun with a power pack as my skills are not up to that task yet.

I’m happy with how they turned out. They’re not perhaps what they should look like but they’re are different from my other troops which is what I wanted. They have different legs, heads and additional kit on their backs. More extra bits and bobs need to be added too.

With the Tempestus supplement are these now useless as there are now official models for Storm Troopers – I guess if my opponent is happy for me to use them then it’ll be fine?

I’ve also some Penal Legion guys that have now too gone from the codex as well as Marbo. Just got to wait on that dataslate to use them again?

What are your thoughts? 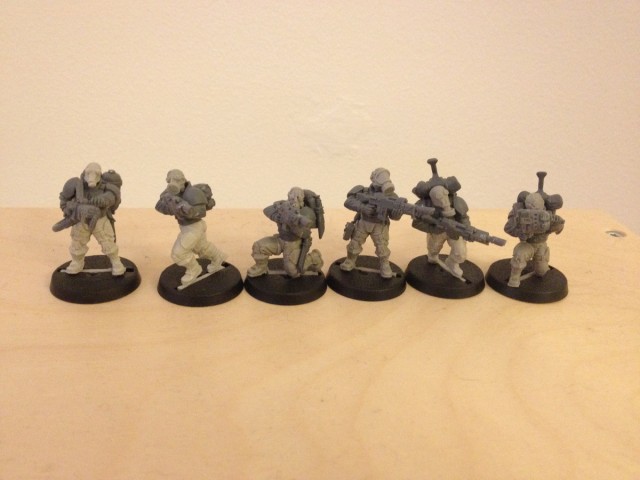 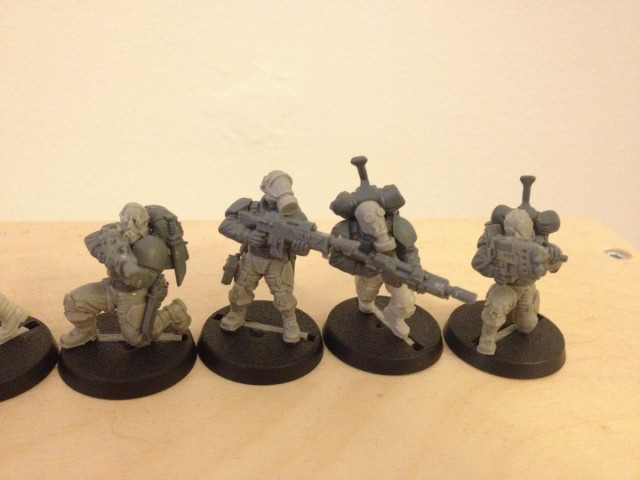 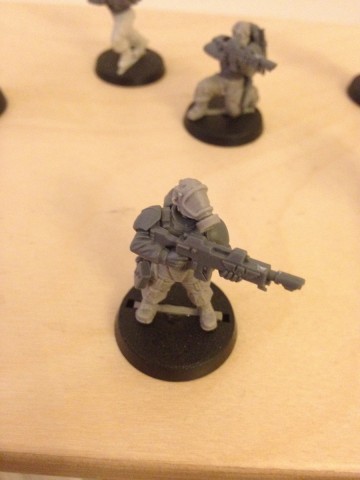 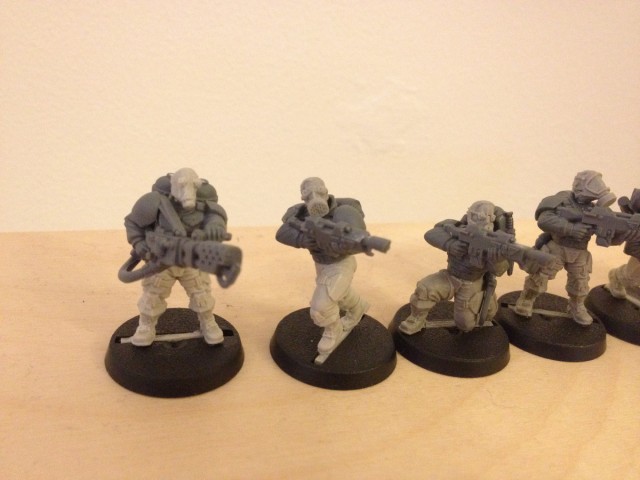 Storm Troopers with Lasguns and Flamer

Battle Reports – What Are They Good For?