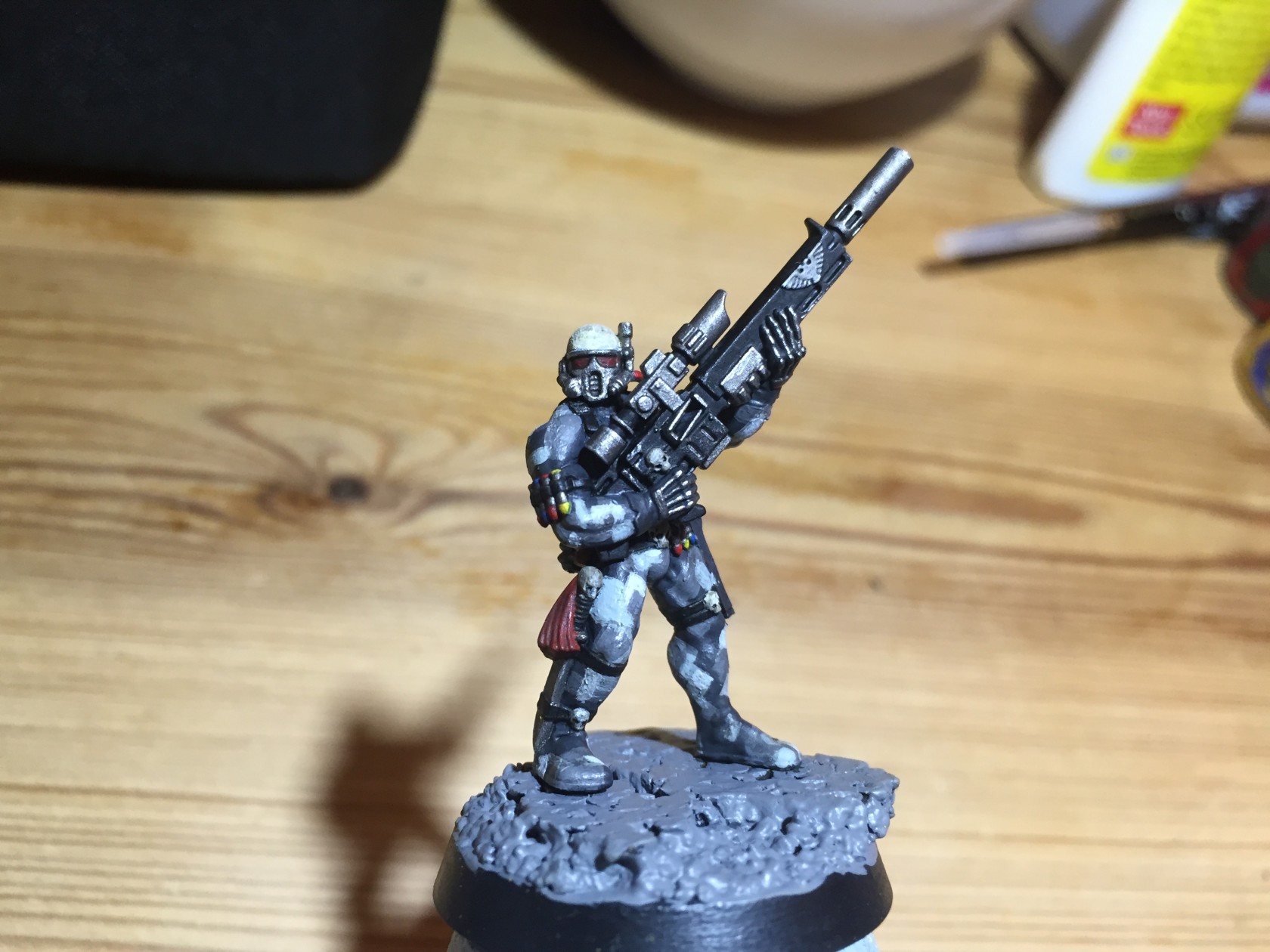 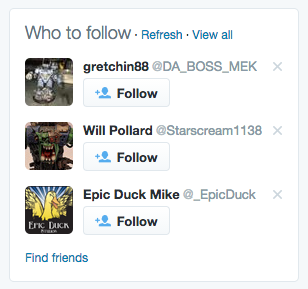 Its Wednesday morning now after a night of painting for a while and putting out a single Tweet of my mini. This gained me just one follower despite using hashtags to get ReTweets and attention. It seems that late Tweets, after 10PM, get let attention than those earlier in the evening around 5PM or 6PM.

So I saved some photos for this morning and posted those around 9AM, this gained me two followers. Not great but we are now really close to our mark of 100.

I went on a following spree and started following more people. One of the best places for this now seems to be the right hand column on the actual Twitter main web site. It suggestions people for you, which is poor when the account is new but once you’re following a lot of people and it begins to learn there are a lot of other Warmongers in that suggestions box – see image as a good example.

Later today at 5PM I have the same image going out on Twitter using the hash tags #warmongers and #wipwednesday to try and gain some more followers after last nights failure and only gaining two this morning. 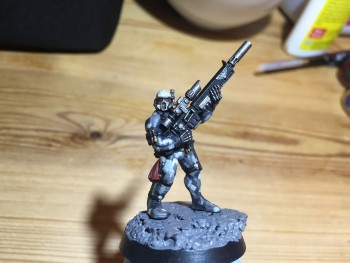 Just basing left to do on the Vindicare