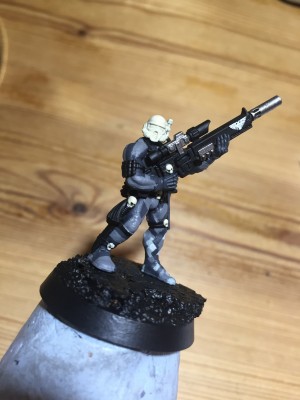 OK people, things have started to heat up. I am starting to feel very odd about this now though. As I am interacting with more people now. The odd Tweet here and there, but its picking up the followers.

It seems that people do not respond to just being Followed, ReTweeted or Favourited. Real interactions with mentions seems to be the way forward. I have leapt from 10 followers to 46 in just two days – and it continues to grow as I type. I big thanks to NigelSBartlett for a shout out too, thats made a difference too.

I will summarise my findings at the end of this exercise and just report the ‘goings on’ in the mean time on a day-by-day basis.

Also only one existing Twitter user knows I am doing this, I ran the idea past them as they have been a great advocate of my Social Media series and I wanted to make sure it wasn’t too deceptive. I’ve asked that they don’t ReTweet the account and give it false elevation, to try and keep this test as true as possible.

I was asked the other day by @resinjunkie if there was a critical mass of followers, where at a given point your followers began to increase at a more rapid rate. I think there is, as to what that follower level is I do not know.

But its definitely just happened for my new test account. In two days I have gotten 4x more followers that in the previous six days. This could be because I have done more on the mini and been posting more photos and questions regarding that mini, but also because as more people Follow, Favourite and ReTweet I get more exposure. So one increases the other and I find myself in a nice little circle of follower gain and tweet reach.

Activity is also good. I have done less today, on the Sunday, and follower gain has dropped off. But its still growing as I do the odd tweet, ask the odd question etc.

Next week is a real test, 54 followers to gain in the last six days.