What is the Role of Digital in a Game of 40K 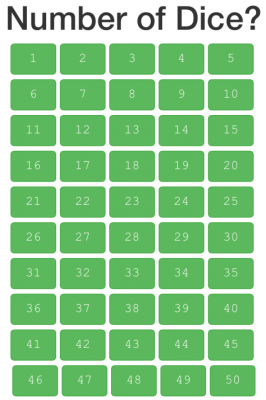 Over the past 7 months or so of being back into 40K I have created a few little online tools/aids. These aren’t intended to make me money, be particularly professional or gain me work for my web development business. They exist for fun and to help myself and hopefully others. Oh and also for me to test and play with new web tech.

Reaction to them has generally been really great and it’s nice getting feedback, tips, suggestions, critique and bugs reported to me. But on the occasions I have used them in real games it feels very false, or rather not in the spirit of the game.

The spirit of the game is a whole new topic but it did make me think about how digital does or doesn’t work within 40K, or any other table too game. There are games now that require an app just to be played!

Games Workshop could do a whole suite of apps for 40K; dice sims, card replacements/enhancements, mission trackers, campaign managers, unit stats, unit combat sims, the list is endless. But they haven’t. I’d like to think this is due to their love for the game and not because of monetary reasons. But this isn’t really about Games Workshop and digital, that is a lost cause, it’s about digital around a table top.

I had the 6th ed on my iPad in iBooks (7th ed I have in hard back only) and now I have the Inquisition codex as an iBook too. These are the only things directly related to 40K produced by Games Workshop that are digital. They’re great but I find the hard back rule book is much easier to use than the iPad version. It’s easier to flick between pages than search/swipe. I can remember the area of the book and find it with a few guesses. The iPad feels a lot more disconnected and cumbersome; unlock screen, tap search, type, scroll, tap result. Then do it all again for a similar term, where as in the book it’ll be a few page turns away.

There is Army Builder which I found very helpful at the start when everything is very foreign and new. Its helpful with the meta game as you can build a valid army easily and possibly without really reading/understanding a Codex. But its very easy to get bogged down in Army Builder and go off and start adding Power Swords and Plasma Pistols where they’re not needed or just adding anything without really understanding an army. Although the print outs can be very handy later on although they’re never has handy as a Codex for a newbie as they do not contain all the special rules a newbie doesn’t know off by heart yet.

I’ve been racking my brain about why I don’t feel like these digital tools are in the spirit of the game and why more of them don’t exist. I’ve boiled it down to them not being “inclusive”. Cards and dice rolls are open and easily viewed by all players and by observers. Something on a phone isn’t inclusive, it’s closed and requires the passing around of a device for all to see. These aspects of the game don’t need to be open in order for the a game of 40K to work, but the openness and the social aspect of the game is something I really enjoy and I am sure others do too.

I gave up my Xbox to restart this hobby as I wanted to get away from screens, but I have managed to bring it all back to screens! A screen puts a barrier between players and possibly observers too. As we start to be drawn back towards our devices rather than the table top and the friend/nemesis/person we are playing. Even though these little projects are fun and something a little different they’re are a novelty and don’t add value to a game, they flutter around on the side lines as a distraction or an irritation to others who feel excluded. Considering I left a screen to pursue the freedom of 40K I find myself doing a U turn and creating screens to use within my new none-screen based hobby. I clearly have a problem!

For me the role of digital should add value to a game and be inclusive. So far my tools haven’t done this. But through the will of the Emperor I will succeed.