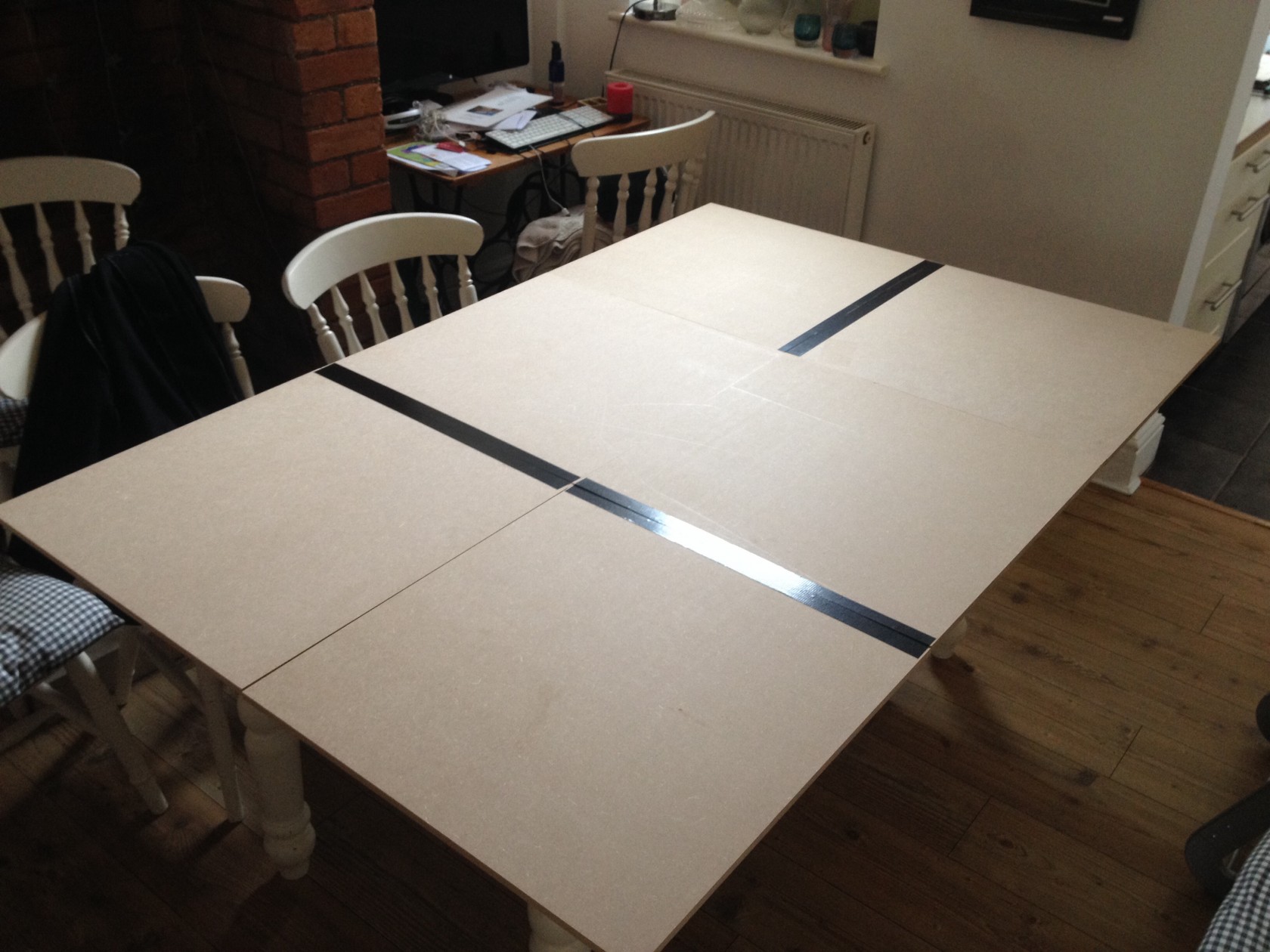 My current table is just my dining room table, it’s 5ft x 3ft and far too small for games. Even smaller games like Kill Team or 500pt games seem to need around 4ft square.

So I needed a new board to play on. Storage is a big deal, simply having a huge piece of hardboard wouldn’t work as it’s too big to store anywhere in my house. 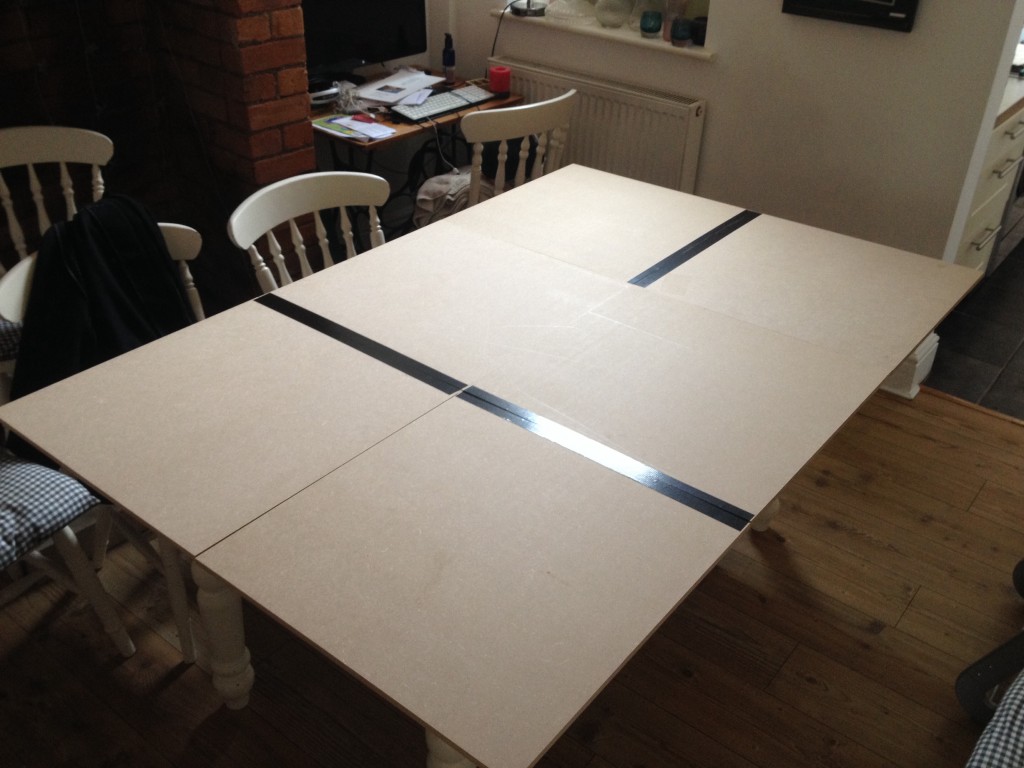 My original idea involved using 2ft x 2ft boards lashed together with metal joints of some sort. These would screw onto the underside of the boards but would also need to be set into the boards so the table top didn’t wobble. A major problem with this was the amount of work involved. The boards would also need to be very thick (and therefore heavy) to accommodate the screws. So this was a no go. 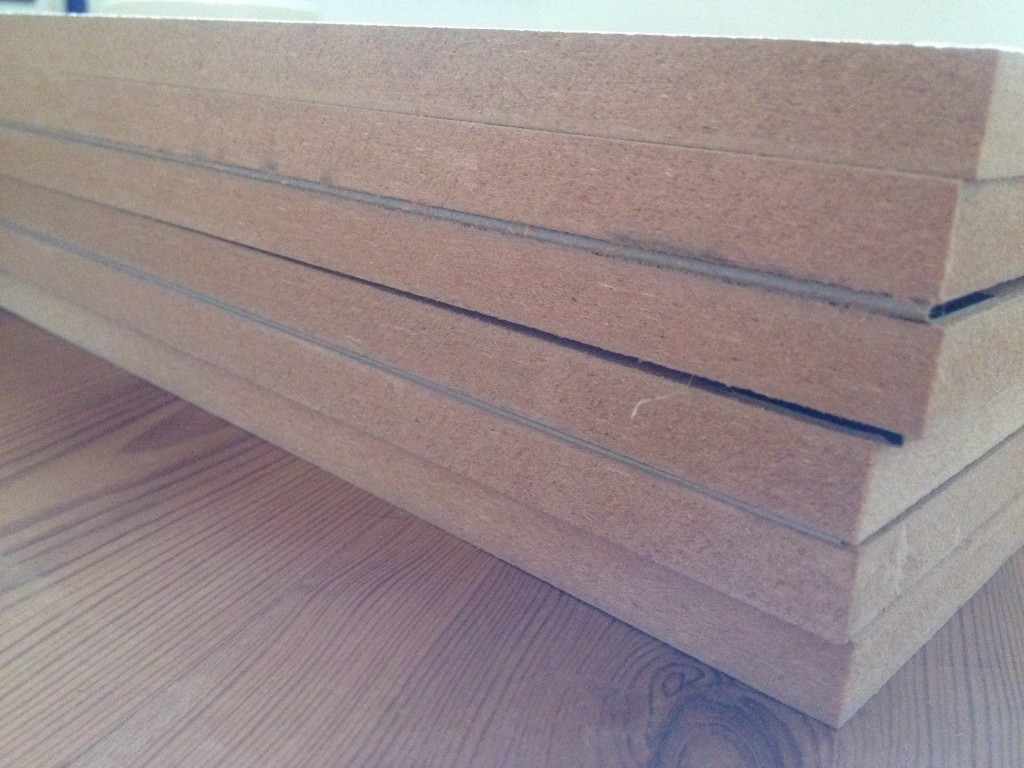 Table sections joined with Gorilla Tape all closed up

Enter my Dad, who had the idea of making the table top like a regular monopoly board. Use canvas (with PVA glue) to join the sections and have it all fold into one neat 2ft x 2ft pile. A superb idea providing the boards weren’t too thick and I could organise the six sections into a fold-able pattern.

Instead of PVA glue, I used Gorilla Tape

. It’s essentially duct tape but stronger. It’s worked really well, although I haven’t played a game on it yet. But it fits on the dining table and stays put, it also folds together really well. The whole lot also slots nicely into the attic so can be stored away when it’s not in use.

The boards were from Homebase and came in 2ft x 6ft sections. I had them cut at Homebase for free. The boards are 12mm thick. I’m sure they could have been thinner but I liked the weight of these and the weight will minimise the effects of knocks and bumps with hips when walking around the table. I and my friend went halves on the boards so it only cost us £18 each. 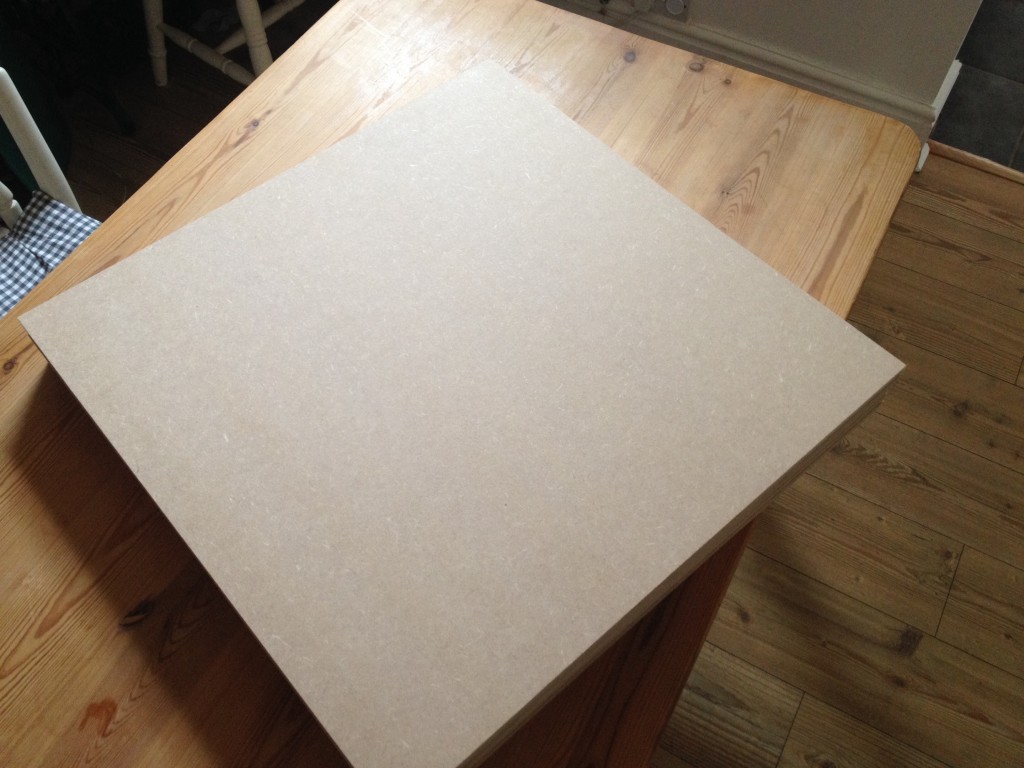 Hopefully, these images show fairly well how it’s constructed and how it folds up.

Is there another way or a better way to build a tabletop board?