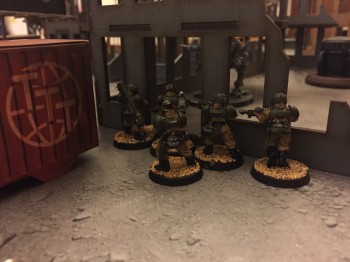 So my last two gaming sessions have both been Kill Team games. I don’t see a lot of these games anywhere online so I was wondering what other people thought of Kill Team – because I love it!

I get the feeling there are a lot of variants of kill team out there and that its an old game type. Some people may not of even heard of it and some people may play it, but play a completely different version of it from me.

I play with a friend so the rules that we play are not completely water tight. Its for fun so making sure everything is ‘just so’ isn’t as important as if we were at a club or in a tournament.

The basic rules we play to are;

When a player’s army is reduced to half its starting models then that team must take a leadership test against l the highest leadership out of all remaining models.

The basic objective is to kill as many of the opposing team’s models as quickly as possible, while trying not to die yourself. The term ‘models’ is important here. Its not units, its models. So if you have the choice of attacking a 2 wound model or a 1 wound model – go for the model with the single wound as that will get you closer to your objective.

Why do I love Kill Team?

There are a lot of reasons I love Kill Team, I am interested to hear why you either love or hate it – or perhaps you have never even heard of it?

We can get through a couple of games in an evening and have time left over for a debrief. Full scale battles seem to take hours, they are enjoyable, but its not a viable option on an evening due to time constraints and the need to sleep. Its our own fault really for chatting fluff too much!

Whilst the rules for Kill Team are basically the same for moving, shooting and assaulting as a regular 40K game, on the whole it is a lot simpler. There are less models on the table to move and decide what to do with. Because the points limit is so low there is also less of a variety of models on the table so there are fewer rules to learn. Kill Team can be a great game for first timers?

The above point isn’t saying the games are simple, they are just simpler. There is still a lot of thought required for each move and attack, as you’re still playing 40K, just on a smaller scale. The amount of terrain we place means that movement becomes extremely important  as the wrong move can mean a model is either useless or massively out gunned and alone. Or it could mean that they are perfectly positioned to take out the enemy’s key model with a leadership of 10!

The fact that loosing is fairly easy, as you only have to get half your models killed in order to be on the cusp of a loss, for me means that staying alive is just as important as killing. I play Imperial Guard so throwing a million souls into a fire isn’t that big of a deal – but in Kill Team every model counts. I can’t throw models out into the open to soak up fire as they will die and that will put my enemy 10% to 20% closer to his final goal.

The Kill Team games I have played have been against Tau as the gallery below shows. These fights have been close. The games could have gone either way within 1 or 2 turns. It was never a done deal in turn 2 or 3. The looser always had a chance of winning even in their previous turn. I think this is because at 200 points any clear advantage an army has or any uniqueness is eroded away slightly. You cannot maximise an army’s abilities with just 200 points.

Here are some photos from my latest game. The buildings have sparked a lot of interest, they are all from War Games Tournament’s eBay store. 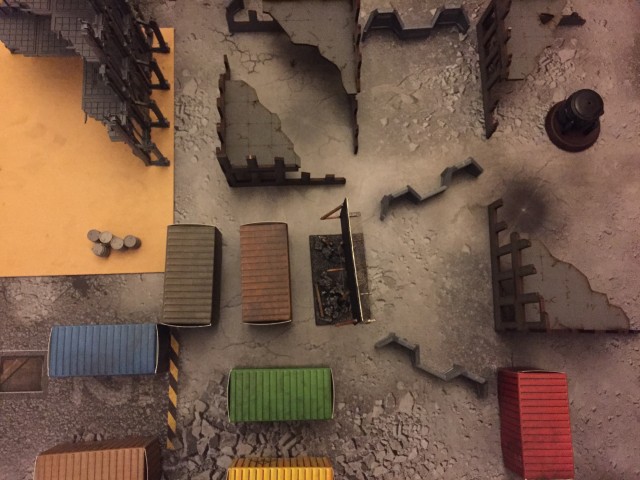 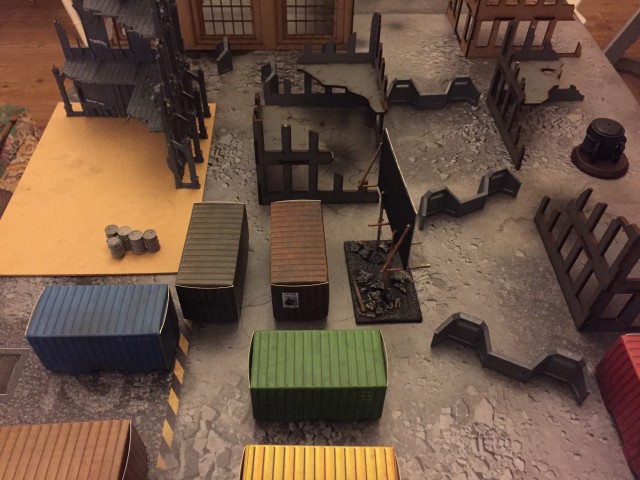 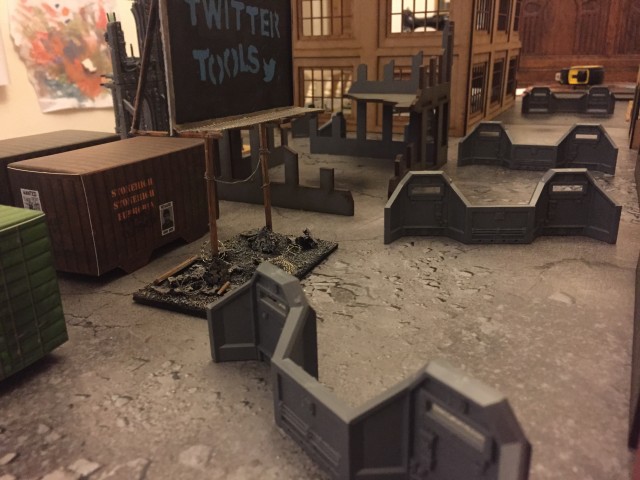 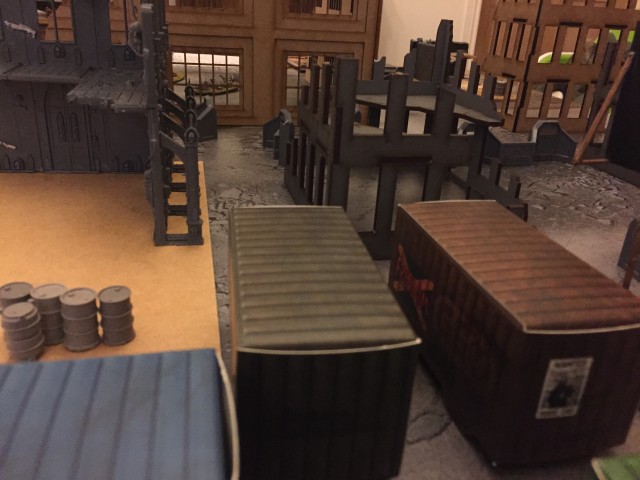 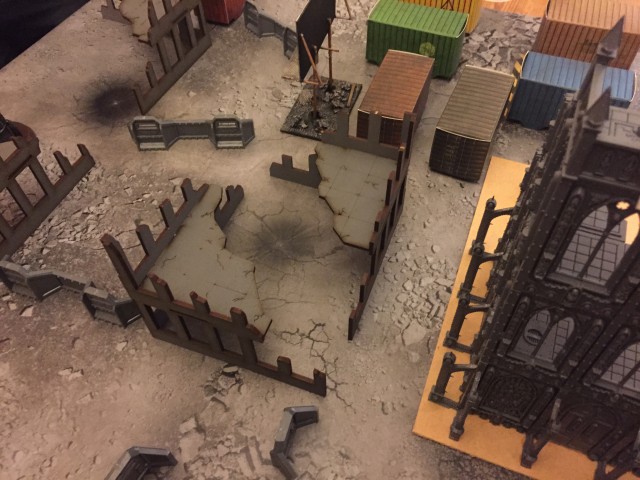 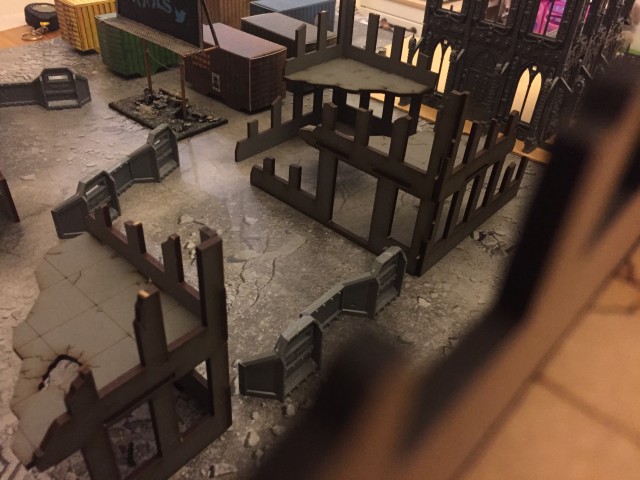 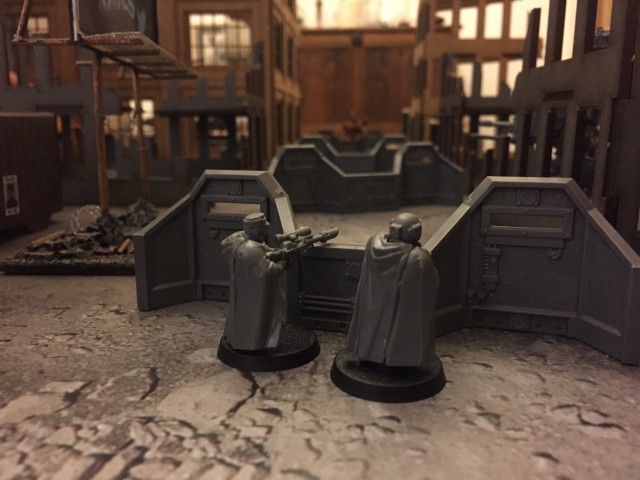 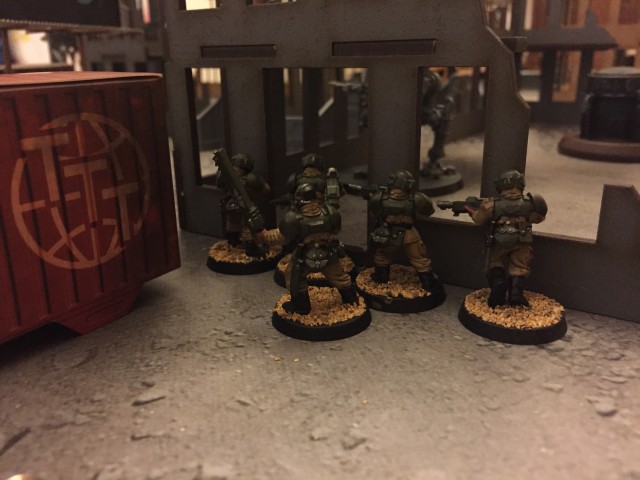 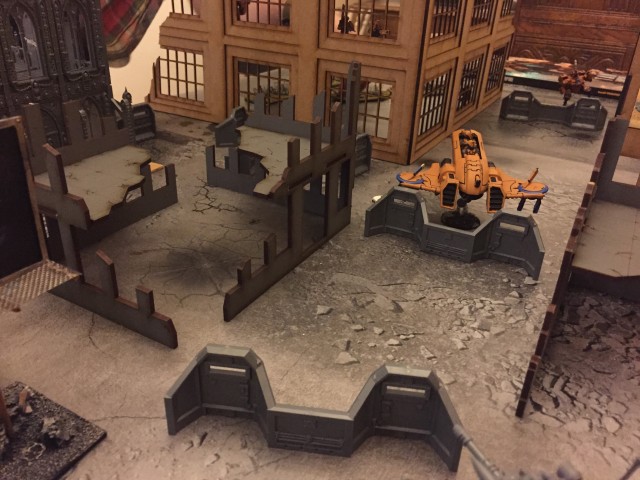 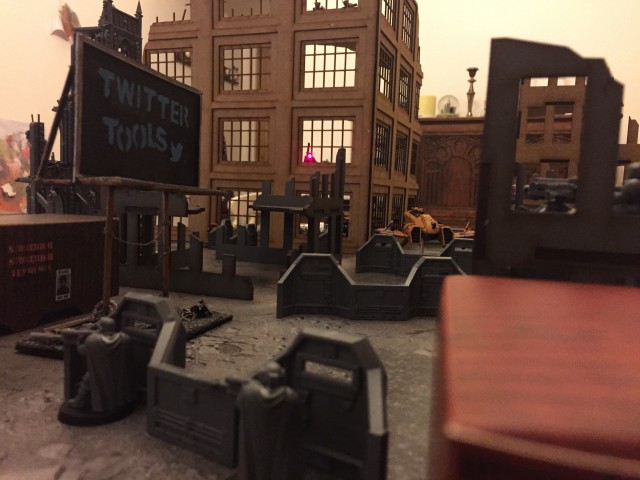 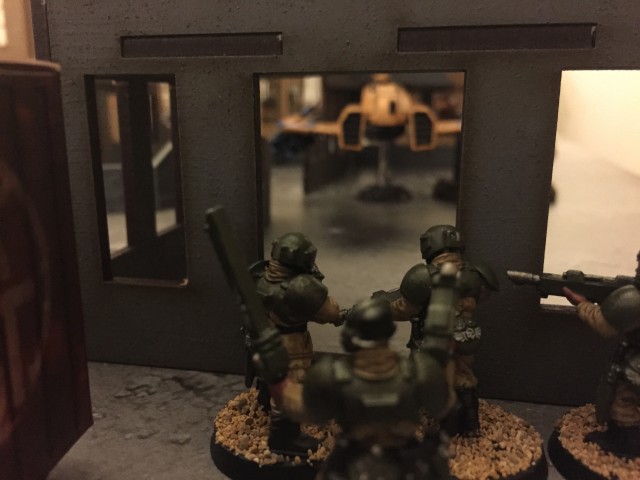