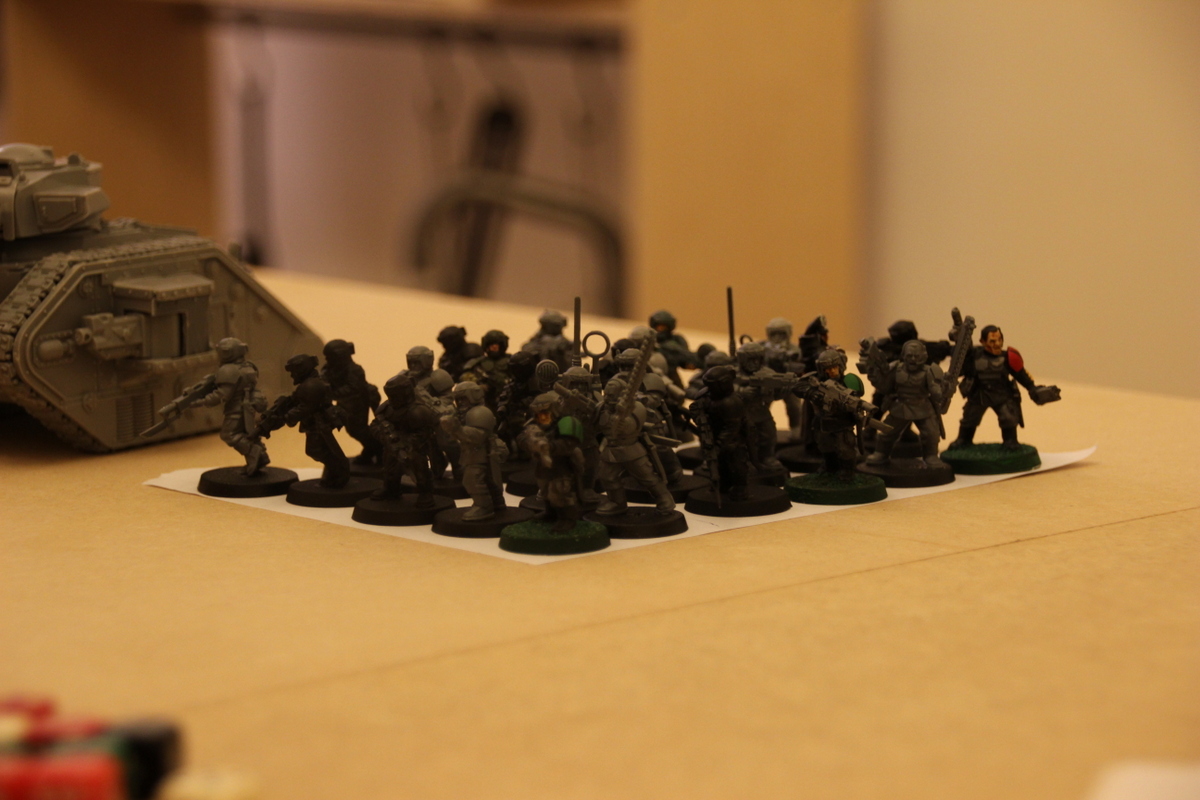 Imperial Guard – Why I Chose The Emperor’s Best

Why collect and fight with the Imperial Guard? The answer I am unsure of at the moment, but hopefully by the end of this article I will have thought it through and have a reason. If I no reason then I will solider on, like a true guardsman! 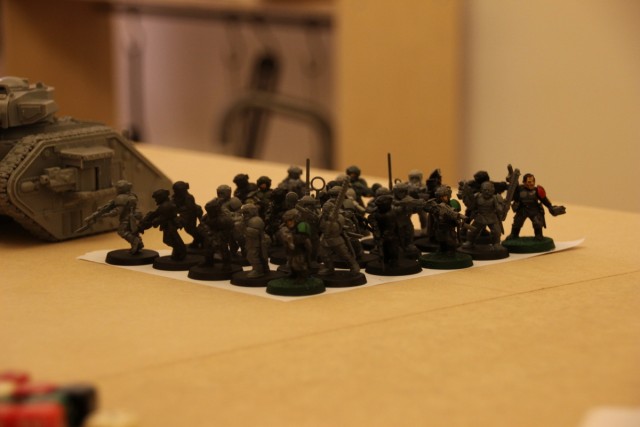 It is easy to relate to the  Imperial Guard; they are human, their weapons are crude (in relation to other 40k forces) and their purpose is to survive against the onslaught of alien races. The way they fight, brute force of infantry and artillery, closely relates to WWI and WWII. This is not to say I am tactical genius able to deduce the best possible approach given a handful of  101st Airborne trying to take on a embedded Type 88 gun. But this type of combat I have practised so many times on PC games and seen lots in films. No video games or movies have prepared me for organising a squad of Ork Boyz though!

All of this means that the Imperial Guard are easy to pick up, they’re simple. It is easy to see that he has a flamer, that this other guy has a machine gun type heavy weapon, a tank is a tank and their artillery are the big guns. Their stuff does exactly what it says on the tin.

You don’t really need the Codex to see what makes up a balanced force; a stack of infantry, a tank, some sort of special/heavy weapons and a commander. That will get you up and running without really needing to use the FOC because the Imperial Guard’s forces are just so simple and honest. In fact Imperial Guard are the closest to Airfix that you can get with Games Workshop – which some to think of it might have been what got me into Games Workshop, the very static nature of Airfix models.

This simplicity could of course be a downfall of the Imperial Guard’s, it can be easy for an opponent to quickly work out what is strong, what is weak and what might (but probably won’t) have an ace up its sleeve.

This is where things get interesting, on face value as I have found out the Imperial Guard are simple. Their units are obvious, their FOC is simple and their general strategy of men are fodder while tanks kill is simple. But to master the Imperial Guard is hard work, their units are actually very complex. The units all need learning in what they can and cannot do, who they can and cannot kill (and die from) plus the orders systems adds a whole new level to everything.

I think all that has cleared it up for me, why I ended with a Cadian Shock Trooper – Relatable, Simple and Complex. I have a long way to go in mastered the forces of the Imperial Guard.

I also like their fluff. Although admittedly I read all their stats and rules before then reading the fluff. Man conquered the skies and spread himself over many light years of planets. Man now fights to survive against the many aliens of the 40k universe. But in order to do so the conquered planets pay a terrible price, as billions of souls are lost and billions more line up to take their place in all in the name of the Emperor.

I am interested in finding out the why of other Guard players, so speak up and comment!

Forward for the Emperor!