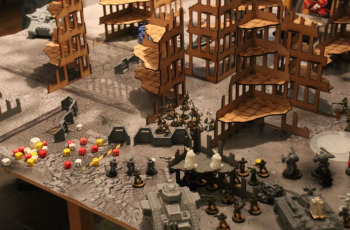 And so, the time has come. My Cadian forces have ‘stepped out of line’ one last time and the righteous fury of the Emperor shall be brought to bare on them tomorrow.

My long awaited game against an old friend from University is finally here, this is my list and his list will be posted up later today on my blog too. Its a friendly affair so we made our lists and then swapped to get those tactical juices flowing, as well as the classic taunts;

The anticipation is massive, I’ve not played Salamanders before and he has not played against Imperial Guard in the 7th edition. Plus, we haven’t seen each other in about 6 years so its going to be a great occasion all round. I’ll be travelling to Lancaster (England) tomorrow morning for our game. I went to Lancaster Uni about ten years ago now so its going to be interesting going back and having a snoop about. Anyway, the lists.

So you’ll see in the comments my opponent (Guest 101) has mentioned a mistake. So I better include this… In my original list I somehow managed to include 6 Flamer weapons, 2 on the Land Speeders and 4 in my Platoon Squad. Then late last night, in that moment of tranquility, just before you fall asleep, my eyes widened and I realised the error of my ways.

After some chat with my enemy he let me change them to something more usable. I had accidentally left in the Platoon Squad from a previous game and then also not thought properly about the use of my Land Speeders. Lesson learned. And thanks a lot buddy for being a good sport! 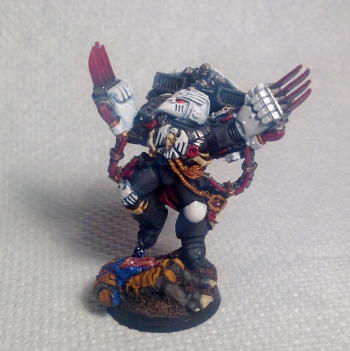 My opponent’s 2,000 point Salamanders list can be found on my blog too.

The Battle Report is online!