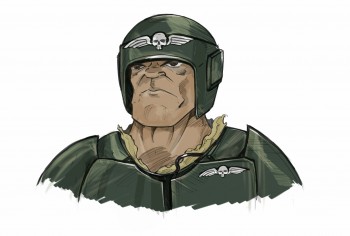 Is there such a thing as a good gamer?

This implies of course that there are levels of gamer, those better able to retain rules and knowledge, as well as think through rules to use them in effective combinations. And those less able.

Given enough time, anyone could, memorise a codex or two plus the main 40K rule book. But what do you think makes a better gamer?

The reason I’ve written these few thoughts down and posed this question is because while on holiday during a game of Monopoly Deal, a Monopoly based card game (which is superb), one person said;

You can tell Phil is a gamer…

‘Phil’ was thinking a lot, thinking too much perhaps and taking his time. The cards he had were being saved and played in a particular way to ensure a win. He was slowing the game down, but in order to maximise his hand. We were all playing Monopoly Deal for the first time. But ‘Phil’ was playing strategically, differently from everyone else. Was he a good gamer? Or just a slow gamer?