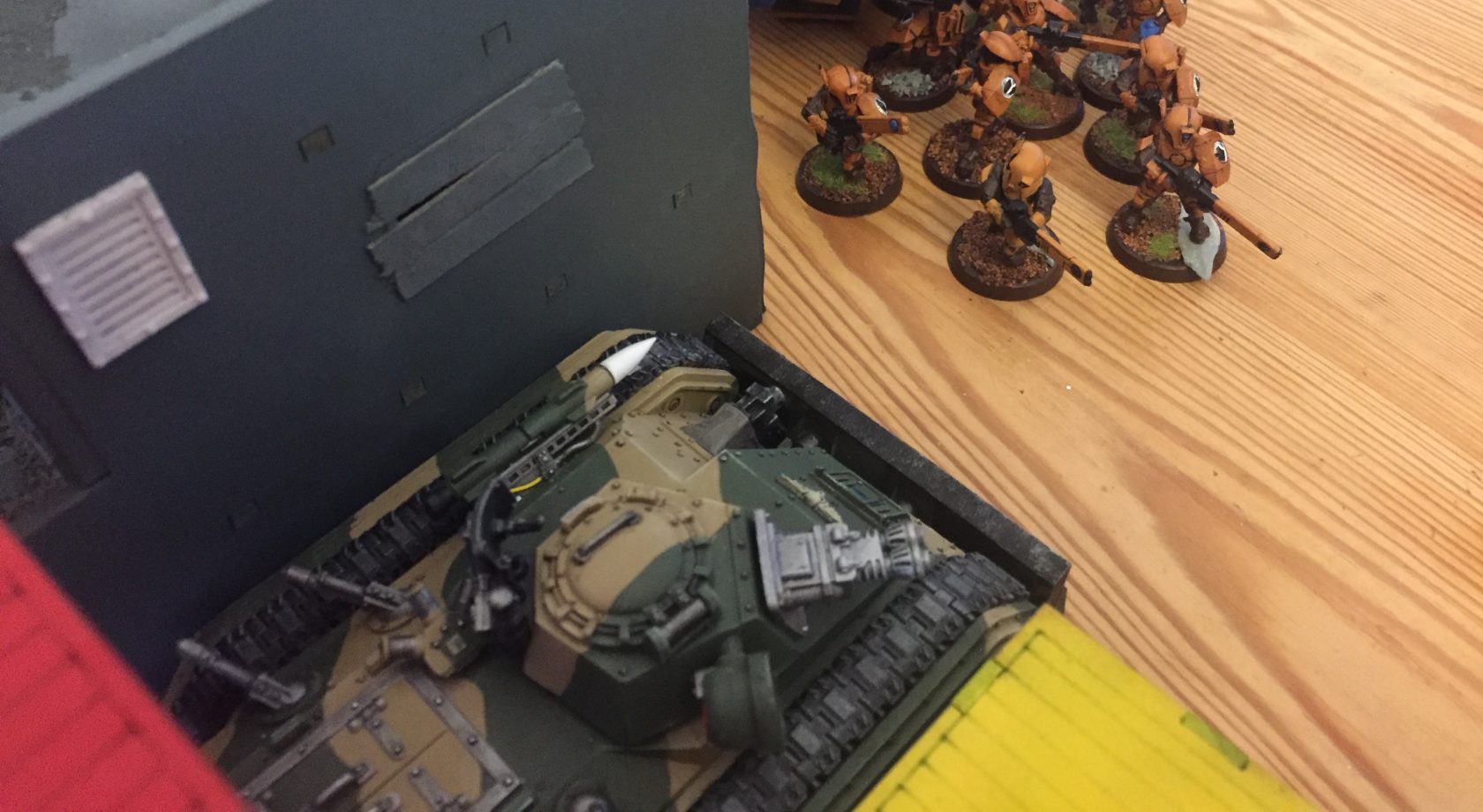 A quick little write up of my first dabble into 8th.

Well its nearly here! And I have managed to play my first 8th Edition Games. Three small (ish) games using the leaked rules and all the bits and pieces that Games Workshop has been feeding us over the last few months. So far I am impressed, but with some slight concerns. This article is about my experiences and what I took from these games – rather than a breakdown of how the new Guard works.


There is a 99% chance I’ll say something here that is wrong. If I do, please let me know in the comments!

The speed at which games can now be set up is incredible. Granted, we played Power Levels and played the simplest missions on offer. But four players can now go from having no lists and no battle field set up to all having a list each, terrain set up and being deployed inside 30 minutes. The deployment and decisions regarding table sides is so fast now in Open Play that it just feels more fun from minute one. Rather than the slog it was in 7th.

Its maybe around 500 points in 7th edition? I think once we have the books, have the knowledge, dump the kids and drop the booze we could do this game again in half the time. Which was just impossible in 7th edition. This pleases me greatly!

Side note on no booze: I’ve not had a drop since Jan 5th, in solidarity with the missus. She is off the booze too, we are expecting our second little girl in the first week of October :-) You know what they say; new edition, new baby – right? 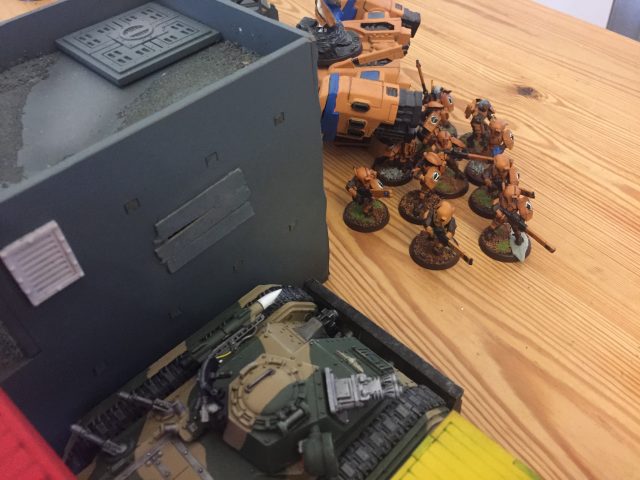 First 8th Edition Games – didn’t  both with a proper mat, too excited to get stuck in!

The games I played were as follows:

The Movement Phase was simple enough, not many changes here. We always forgot to Advance during this phase though. We just did it later.

The main change was having the movement distance on the unit data sheets. This made looking that up and remembering it a lot easier. Thats something that is true across the the whole game. The new data sheets are really good. Having the rules, war gear and stat line for each unit in one place meant that finding information was really easy. And it meant going back to look up info again was easy. You just knew that it was on the the unit’s data sheet. No need to look up Unit Types, Terrain rules, USR, Phase Rules, etc.

While getting your charges in first is key, as is getting line of sight to enemies for shooting – there seems to be something missing from the Movement phase. Lack of Vehicle armour facings is perhaps it. And the lack of firing arcs. Granted, games are quicker because these rules are gone. But we’ve lost a tactical layer.

There were a lot of changes here and this is what probably slowed us the most to start with. But by the end of the games we all know the To Hit needed for each unit on the table. Even the enemy units. It was easy to look up and remember the changing BS, Movement and Attack values of Chimeras and Ghost Arks for example too – because of the new focused and concise data sheets.

During my two lower Power Level games the Guard’s shooting was really good. The Wyvern, while it no longer ignored cover, was doing good damage against Space Marines and even better damage against the Tau. I didn’t take any against the Necrons – I wish I had taken two! Or three!

One thing I did take away from this is that Necrons are, still, too powerful. They won’t die and their shooting is so impressive. Twenty Warriors with a 4+ Reanimation Protocols is just so hard to shift. I had 32 Lasgun shots hit them at one point from a squad of ten Guardsmen. Two Warriors died. Then one got back up right away. Sigh.

The Necrons killed my Leman Russ in their turn two. I will admit that everything in the Necron force that could shoot it, did. For two turns. I think they over killed it by one wound only. So it was pretty tough and didn’t go down taking 20 wounds. This means I’ve fired a Leman Russ once in 8th. So I reserve judgement on it.

So much better. So much simpler and faster. The first to charge, hits first, is great. Guardsman actually feel useful now. I’ve had a ten man Guardsman squad kill a Space Marine Captain!

The alternating combat is great too. It works and it’s faster. The Harlequins were most impressive here for me. Wiping out three Necron Destroyers in one charge. Job done. The Harlequins won’t die. Their 4+ Invulnerable Save makes them tough and annoying.

Vehicles in combat are meh. My Chimeras must’ve charged several times in my games and I felt like they never did anything. Other than soak up Overwatch.

I didn’t really get chance to do the whole gun line, charge, fall back, fire, repeat tactics. I didn’t take enough men to do it. But the falling back mechanic is an interesting one.

Again, simpler and faster. When I first read this I didn’t like it. But in practice it’s just so simple and feels real. E.g it feels like individuals are running away.

It seems that Fearless is still a rule. Although indirectly. Necrons seem to have Ld 10 across the board. So units of three Wraths or three Destroyers are effectively immune to the new Morale rules.

I’m reserving judgment on a lot of things at the moment such as the effectiveness of the Leman Russ, the nerfing of Veterans, Conscripts and the lack of Platoons.

I’m really optimistic about 8th and I’ve really enjoyed the games I’ve had so far with it. Can’t wait to get my hands on the books!

I’m hoping Platoons and Veterans are fixed/added in a Guard Codex of some sort. Because at the moment they feel very much NOT like the Guard. They feel very generic.