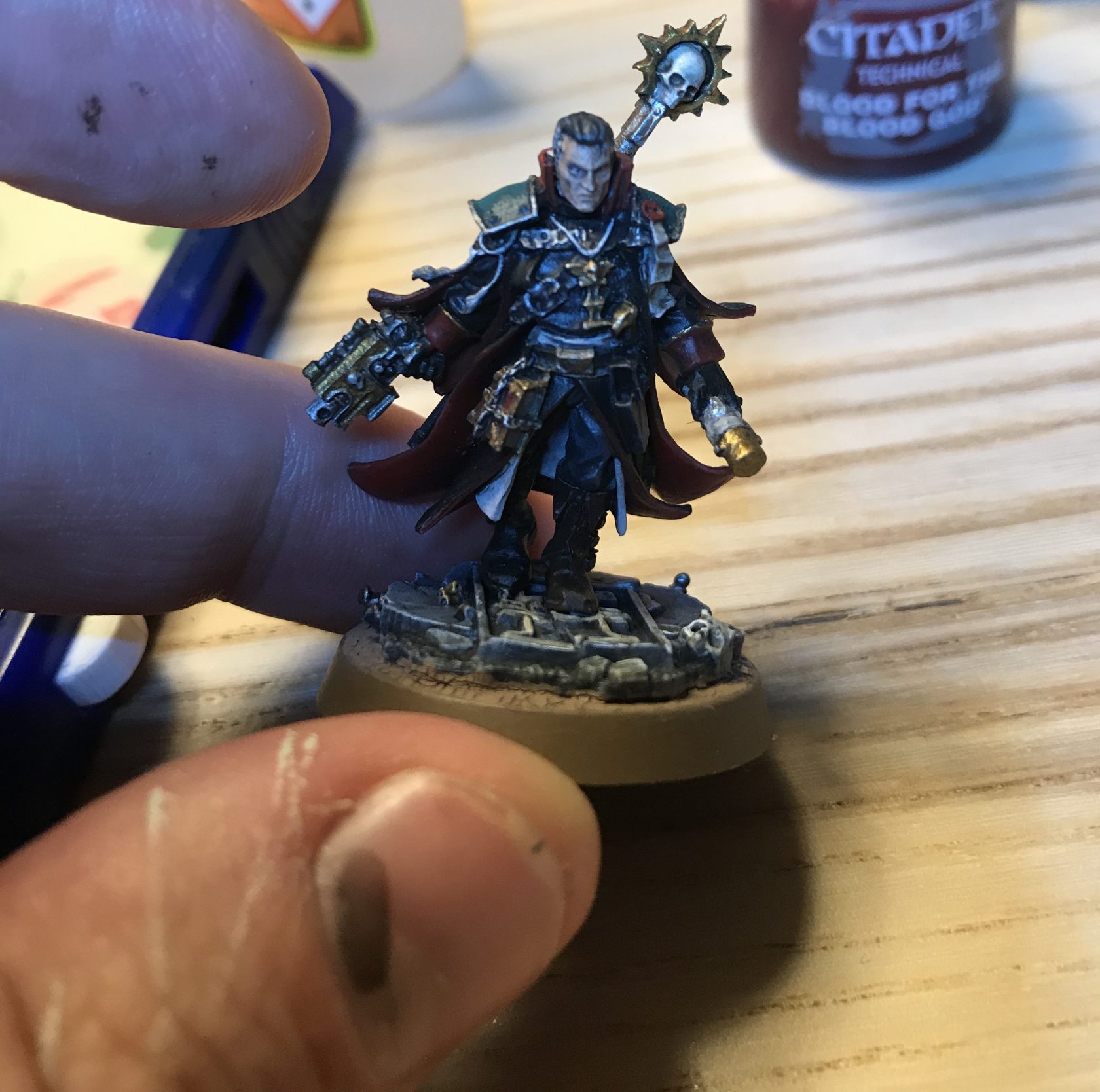 Taking a break from the Astra Militarum Getting Started series today, I am at a wedding! I now have Eisenhorn and his Deamonhost in my collection. Painted too! Although somewhat of a cheat to have them painted.

This inquisitional legend was painted for me by the talented dave_nyhilus and the Daemonhost was from eBay. Although I have spruced him up a bit and sprinkled blood all over him!

Now I have these models I revisited their rules. Especially for the Daemonhost.

Eisenhorn is somewhat underwhelming, I feel, at first glance. T3 and S3 are not that great. He is hitting on a 3+ in combat and shooting which is a nice change from my regular Guard hit rolls of 4+.

He does have the ability to put Mortal Wounds onto Vehicles. His melee weapon’s both do D3 Damage which will cause multi-wound models some headaches.

But his strengths are not in his stat line. They are in the Daemonhost he can summon at the start of any turn.

He has two powers and can use one per turn. I will take Terrify and Dominate. Terrify to remove Overwatch from an enemy before the Daemonhost charges. And Dominate – because its cool! Taking control of an enemy model and having it fire on your behalf is very cool!

Gallery of Eisenhorn by dave_nyhilus 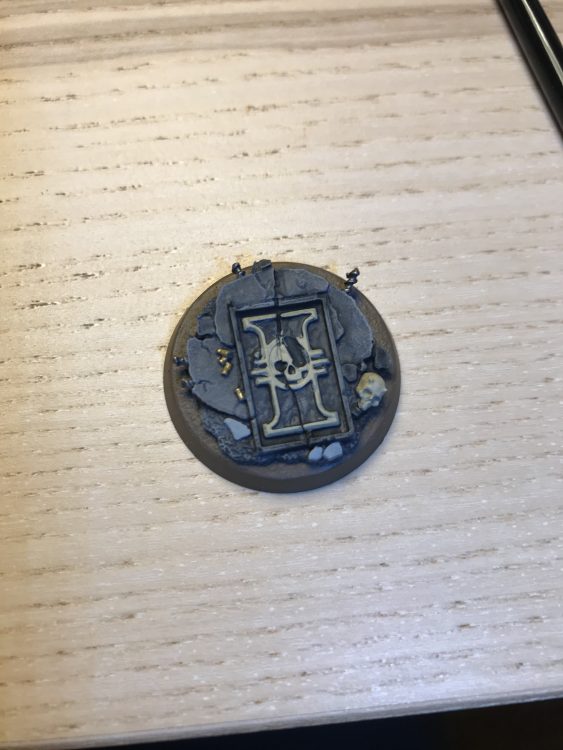 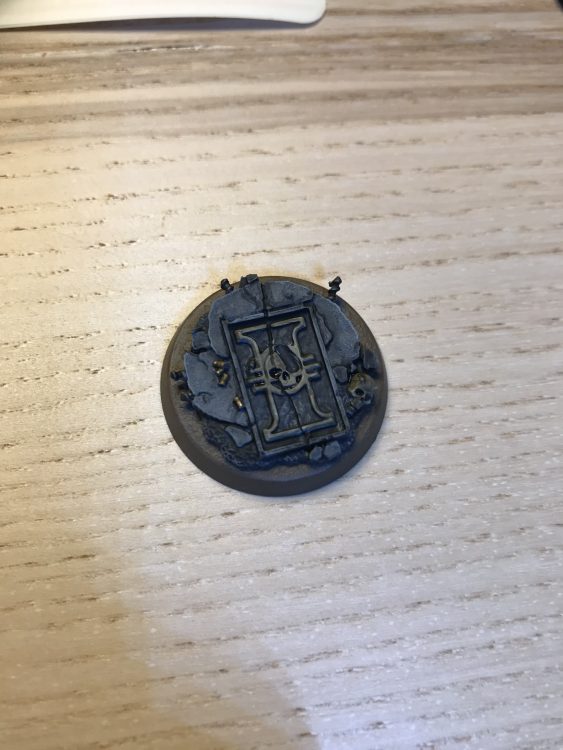 Base with Nuln Oil 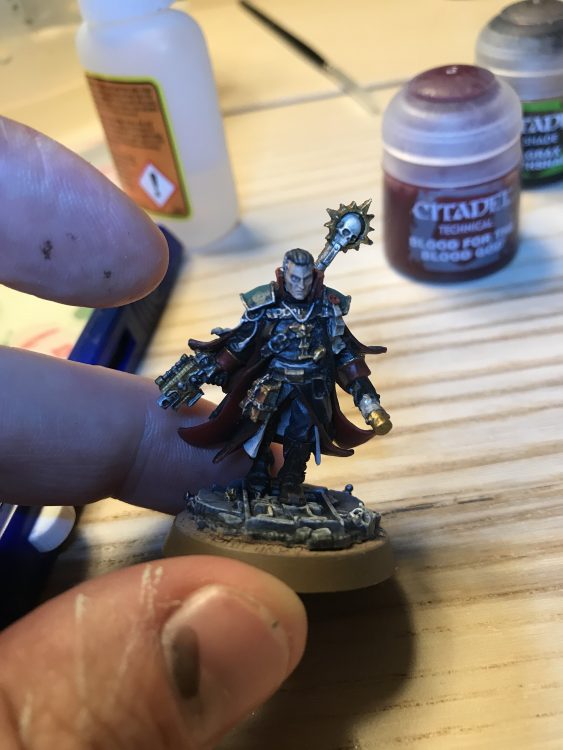 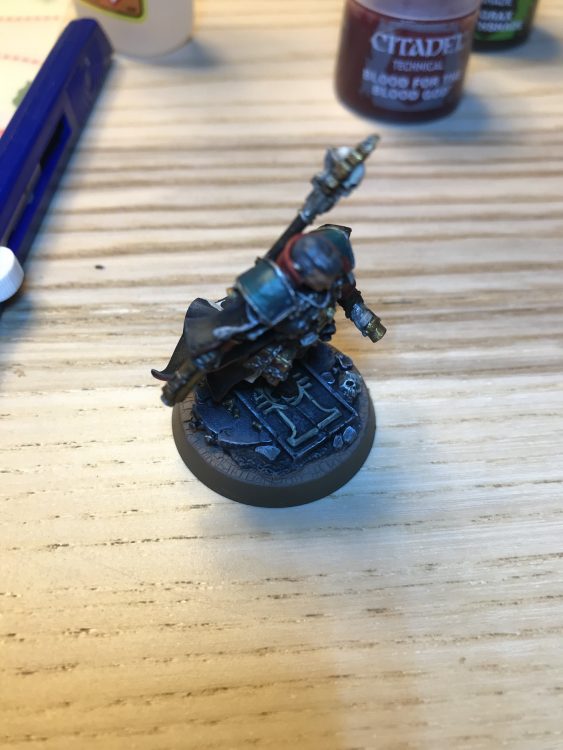 I love this guy! He is better than the regular Daemonhost because he gains stats and the Character keyword from being summoned by Eisenhorn. You have to pay the 25 points if you’re playing Matched Play for the model – that takes Eisenhorn plus the Daemonhost to 125 points total. Which is a fair chunk?

He gains 2 to Strength, Toughness, Wounds and Attacks. While within 6″ of Eisenhorn he can add 1 to Hit, Wound and Invulnerable Saves. He’s also a Character.

The Daemonhost from Eisenhorn has the same random powers as a normal Daemonhost not summoned by Eisenhorn. This power is determined at the start of the movement phase by rolling a D6.

So now we have the ability to dump this Daemonhost onto the table and guarantee a charge. He will charge with 4 Attacks, BS3+, Strength 6 (with +1 to Wound), AP-3 and 1 Damage. Your enemy won’t expect that!

If we couple this with his powers and the fact the Daemonhost is a character it’s going to cause a headache for the enemy. 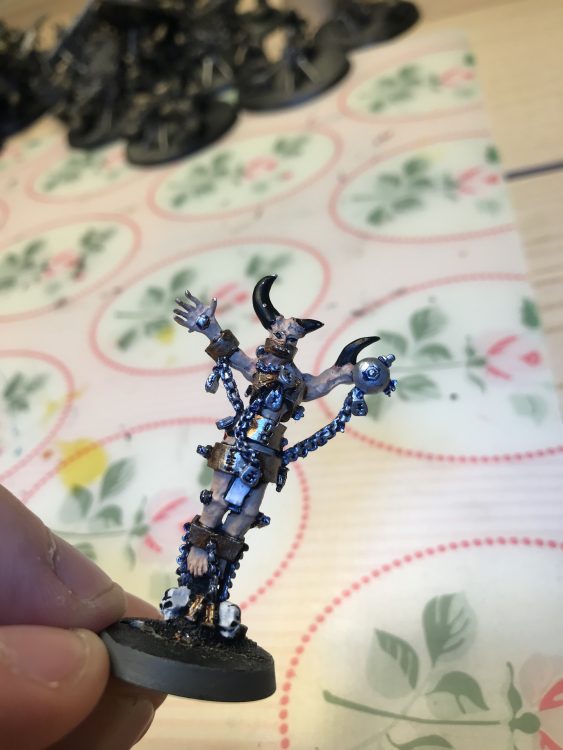 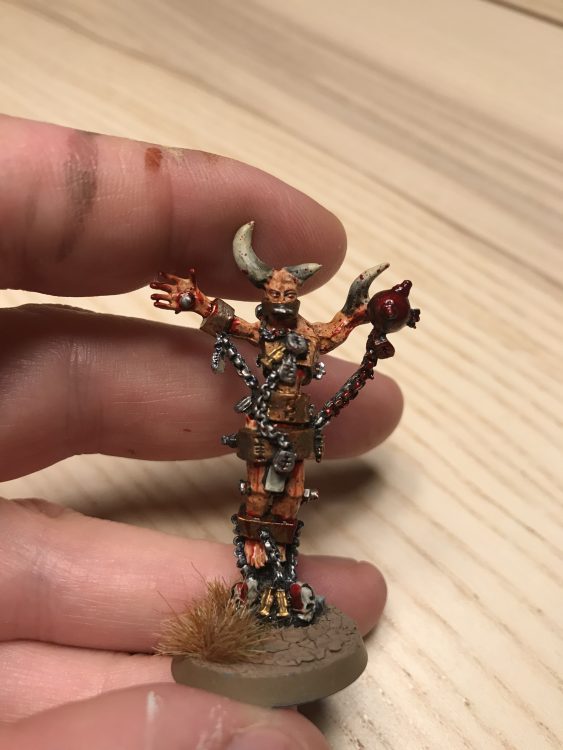