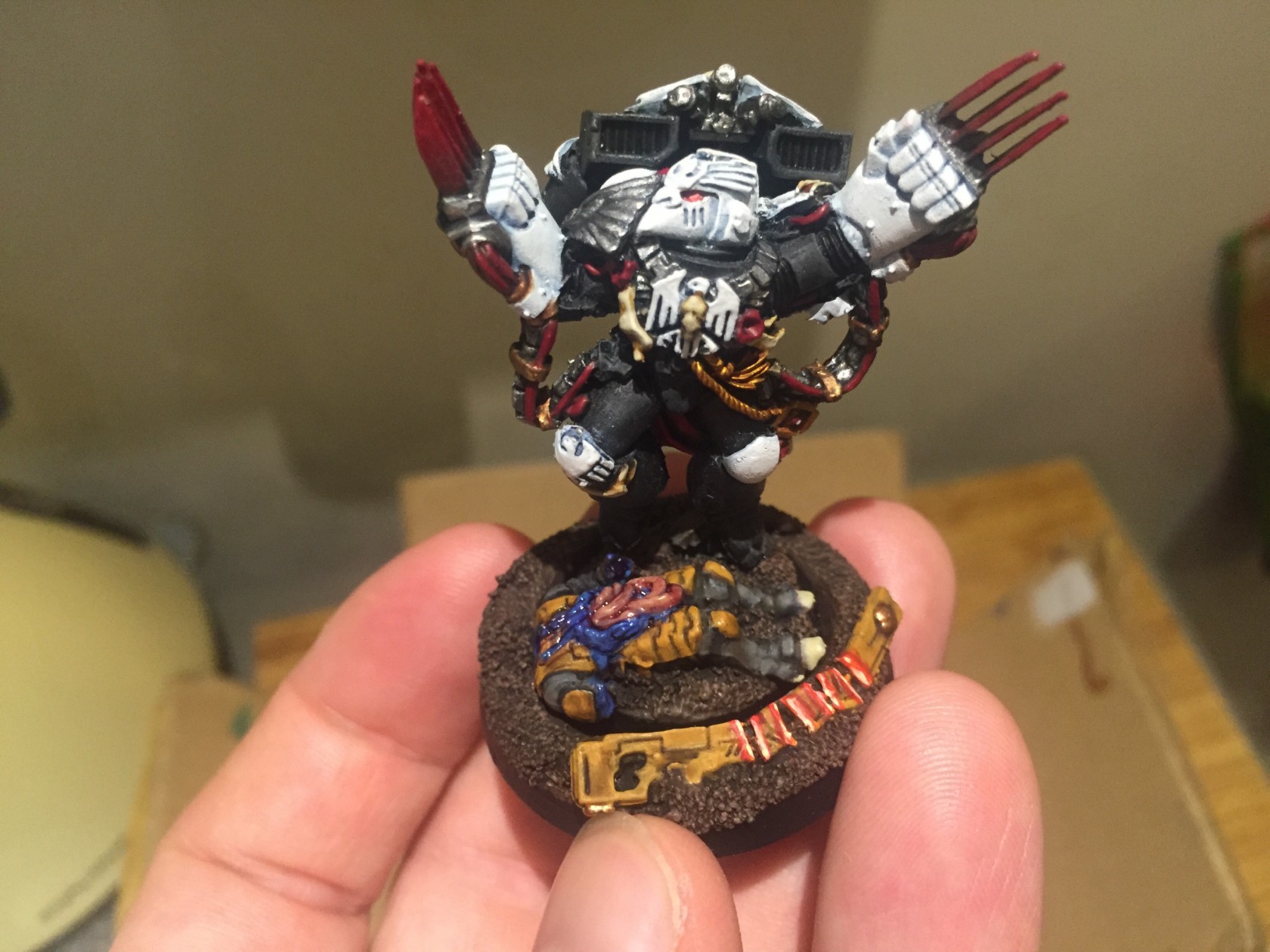 It's that time again! Get your magical tactical wands out and put to shame my list!

This is a 500 point Raven Guard list that seeing action on Wednesday. To keep things simple this is the extent of my Space Marine collection and so I’m limited in what I can take;

The idea being that Shrike with join the Vanguard Veterans and get well forward, using Shrouded in the first turn to keep them safe before the inevitable assault.

The Land Speeder will be anti armour and shall lay low until such a time that it can strike and put some hurt onto their armour from close range. Hopefully sub 12″ range. If there is no armour it’ll scoot around the enemy’s rear in an attempt to catch juicy characters off guard.

Finally the Scouts will by there to overlook the battle field from a central piece of terrain in my deployment zone. The range of the Sniper Rifles and Missile Launcher should make them effective even from my own deployment zone. These guys can also take advantage of Shrouded too for some nice 2+ saves in Turn 1 and so can deploy aggressively. They’ve also got Camo Cloaks so even after Turn 1 they’ll be relatively safe in ruins. I must remember this and deploy them forward plus use their infiltrate deployment effectively.

And that is that! Thoughts, comments, critique and feedback all welcome in the comments!

Oh and I just get to a local store too in order to buy to new Space Marine codex ready for Wednesday!