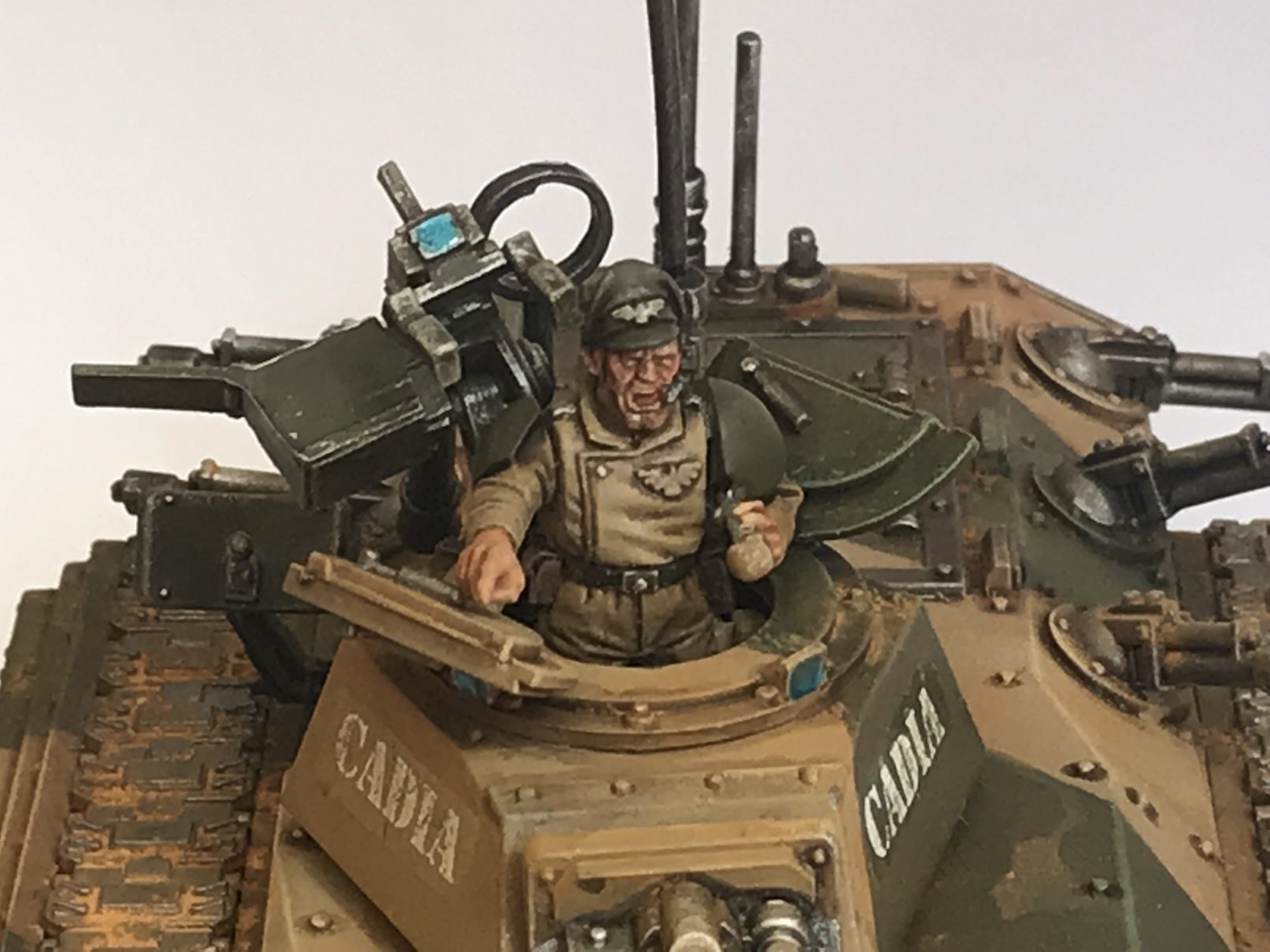 Everyone knows that for every seven Leman Russ a Forgeworld provides your regiment gets a free Command Chimera. And the Forgeworld supplying me is no different.

During my painting of 7 Leman Russ, I found a Chimera! I have three painted and ready to go for Cadia at present. So this makes four. 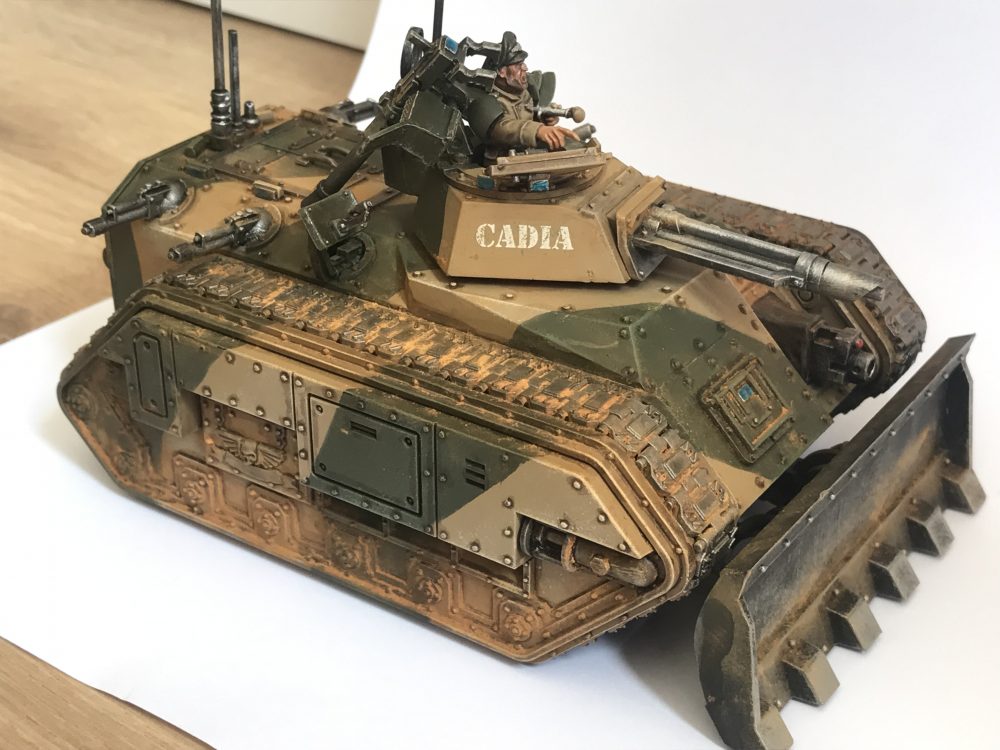 I decided to make it slightly different from my other Chimeras and I gave it Command Chimera look. With extras radios, antenna, a Commander on top, a radar dish protruding from a missing Lasgun Array hole. Plus optional Heavy Stubber and Storm Bolter that is magnetised. The rearmost antenna above the rear door is also magnetised. 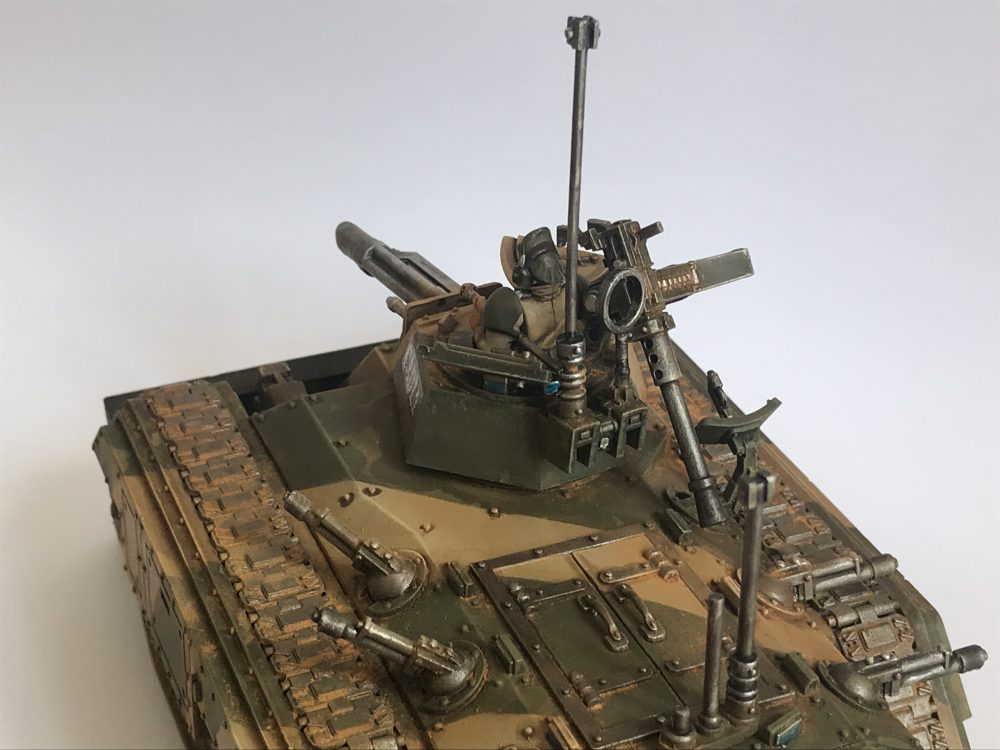 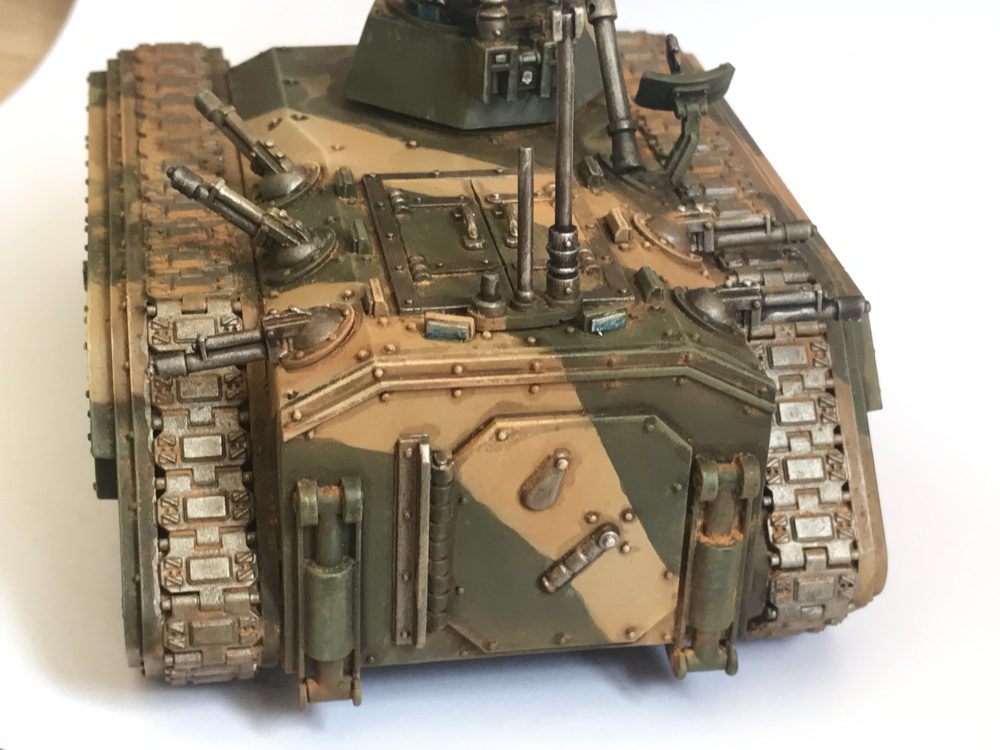 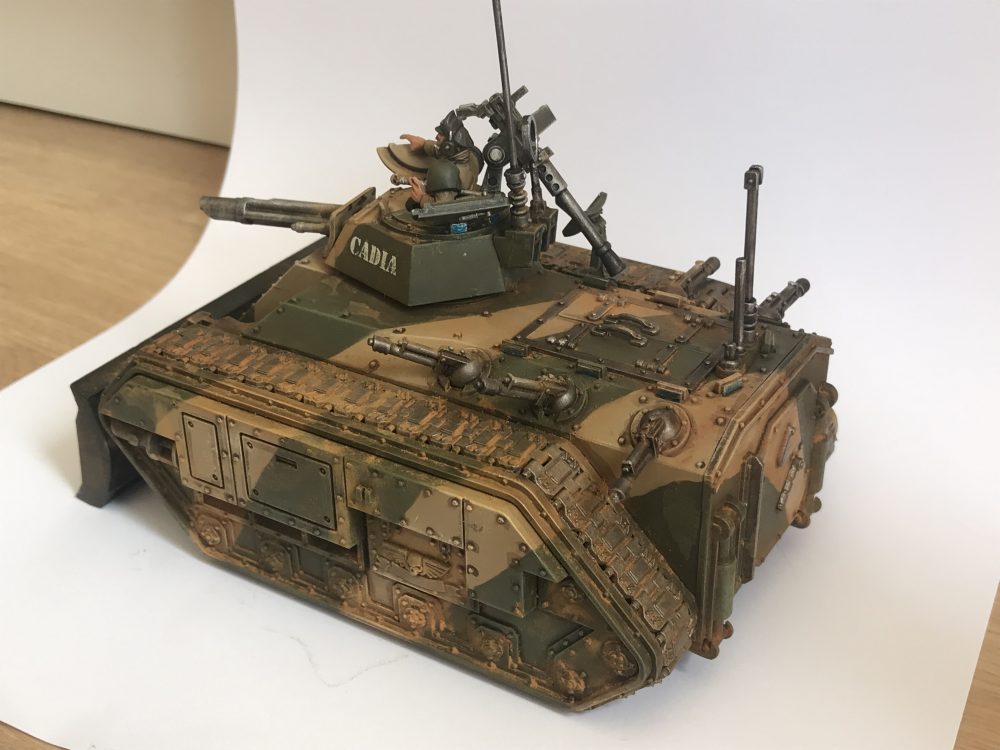 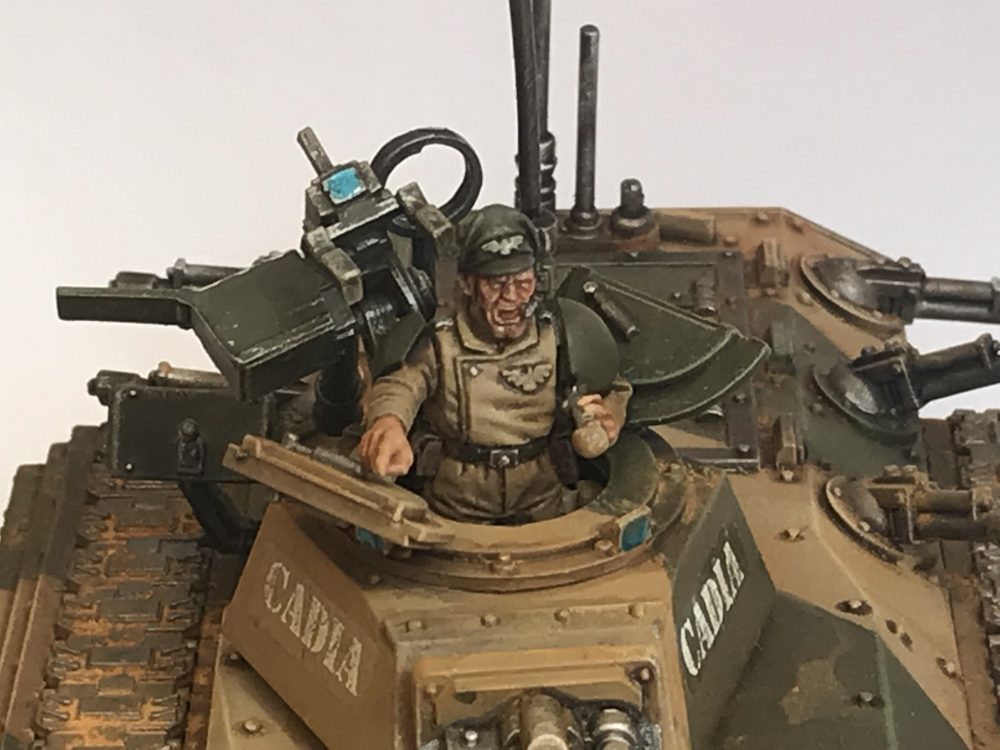 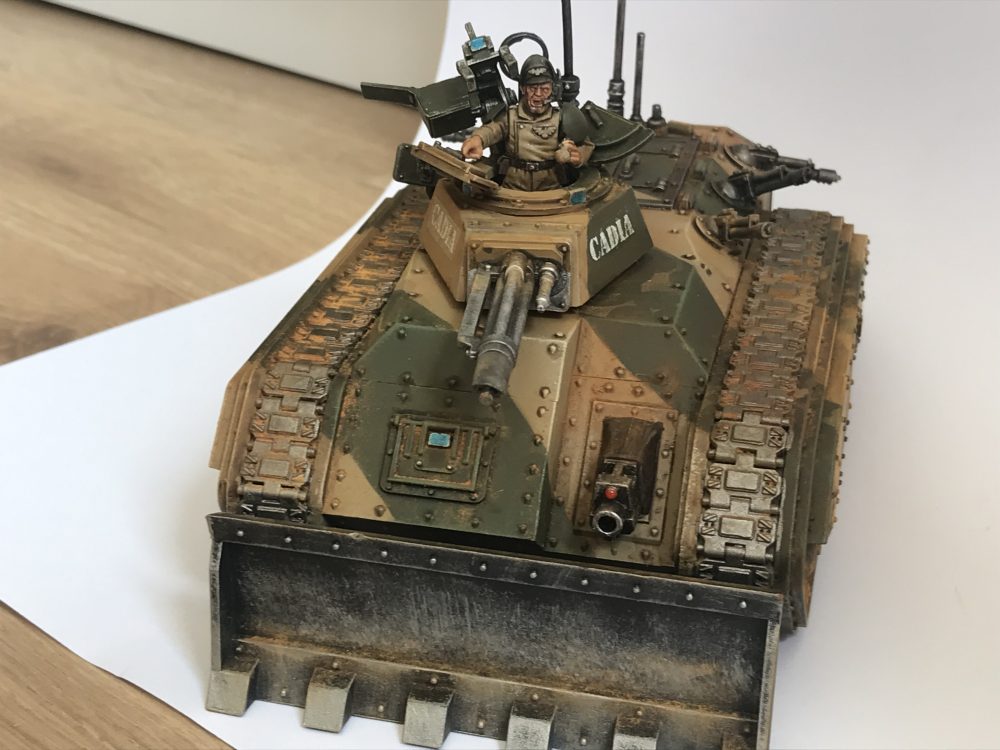 I may not run it as a Command Chimera often because it’s liable to be targeted and blown up before it can have any real use. It’s only 1CP though.

There is definitely a pull towards using it as a Command Chimera from a lore point of view. I’d like to have it in the backfield – in a safe position- with the other three Chimeras being sent forward. Then the forward Chimeras can disembark their Guardsmen with Vox and start receiving orders from the Command Chimera.

You could get an incredible amount of movement from such a tactic over the course of two turns.

Doing this we’ve achieved anyway between 30″ and 45″ of movement in two turns. And the Guardsmen were protected for the first turn inside a Chimera. With no barriers or reductions to movement distance for infantry from terrain – this a huge distance.

Using any of the deployment maps then you’re going to be all over the enemy like a Nurgle rash. And if the enemy moves towards you then you’ll definitely be right on top of them.

Vehicles can be penned in and enemy infantry slowed. You’re going to take an absolute battering though at this point though. Anyone that survives should probably just charge enemy vehicles to shut down their shooting.

The Chimeras, after they’ve disembarked their troops can be used to block and charge too.

Of course, all of this movement can be achieved by simply placing a Company or Platoon Commander with your infantry at the frontline. No cost of the Chimera and no CP cost.

But where is the fun in that?