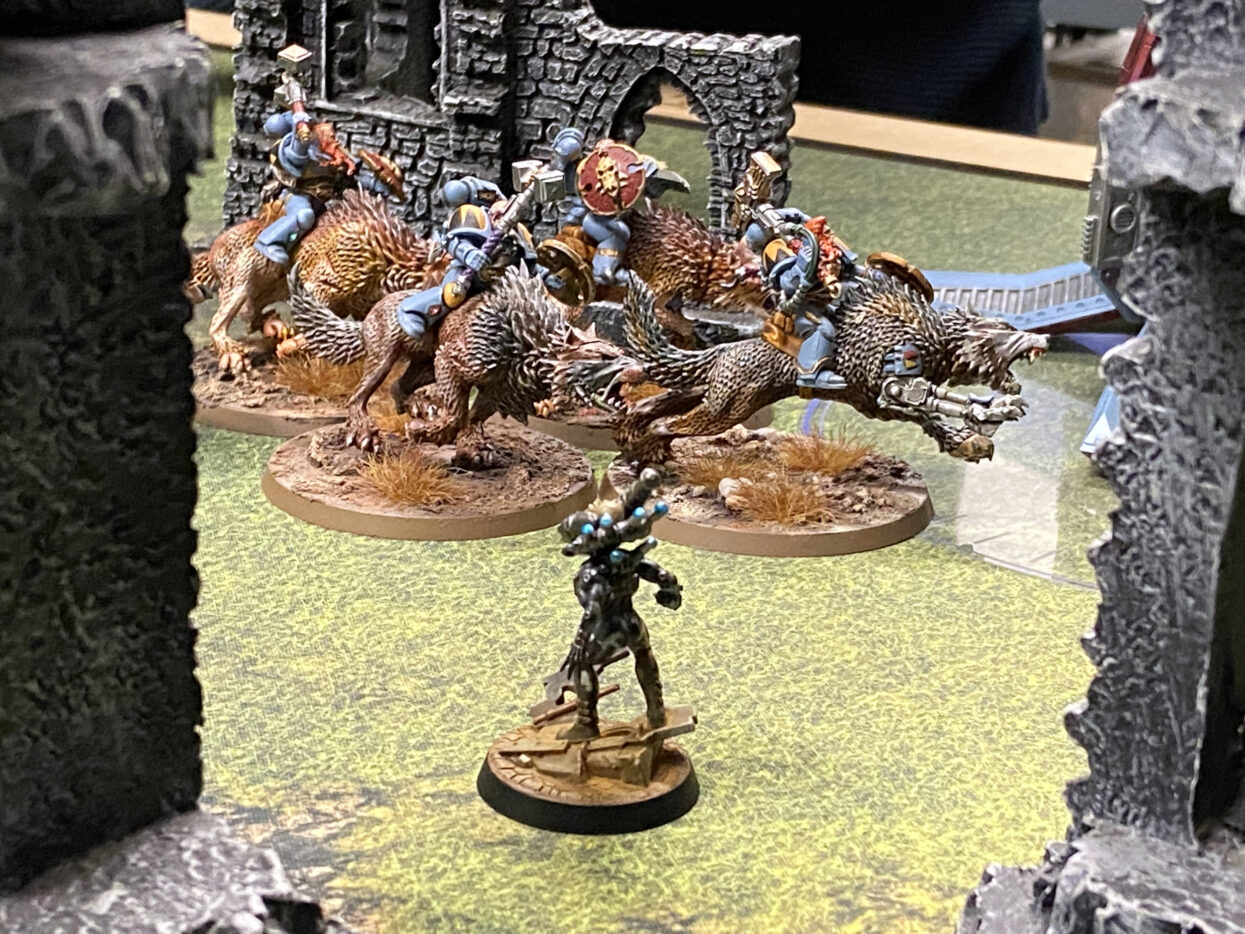 It is new opponent time! Taking on Chris' Space Wolves...

Another Cadians vs Space Wolves game today, but this time I have a new opponent day to play, Chris. I went for a simple mechanised infantry list with supporting artillery in this game and not something meatier with a Baneblade. Chris had not played against the Guard before, so I wanted to bring something fitting for their lore and way of fighting!

This game was at Boards and Swords, in Derby.

Agents of the Imperium 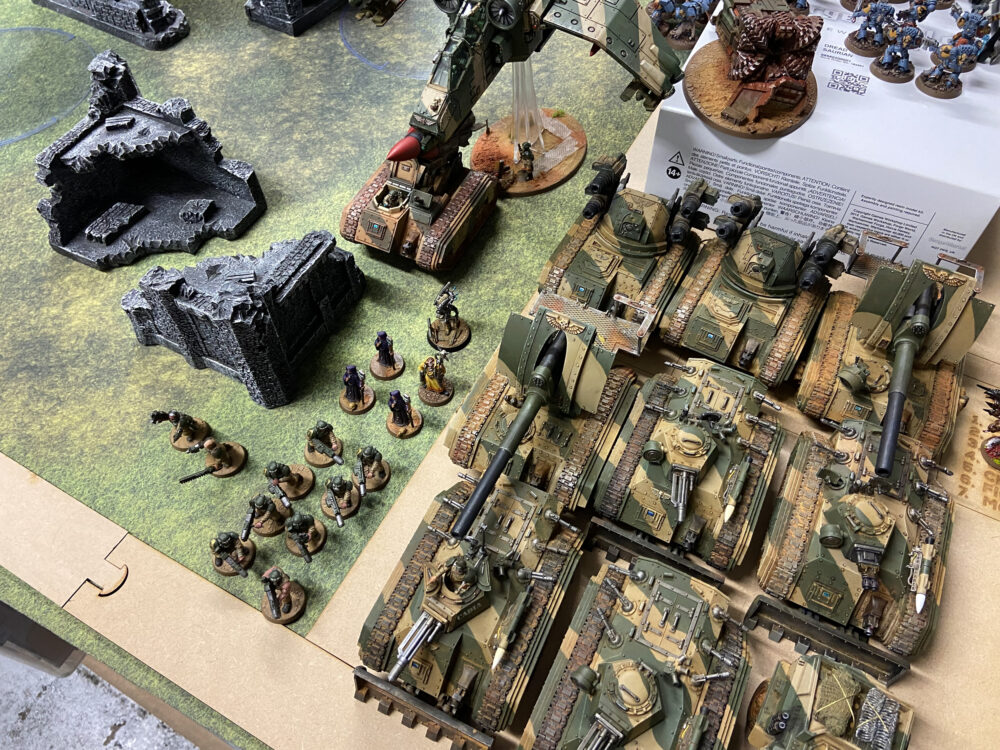 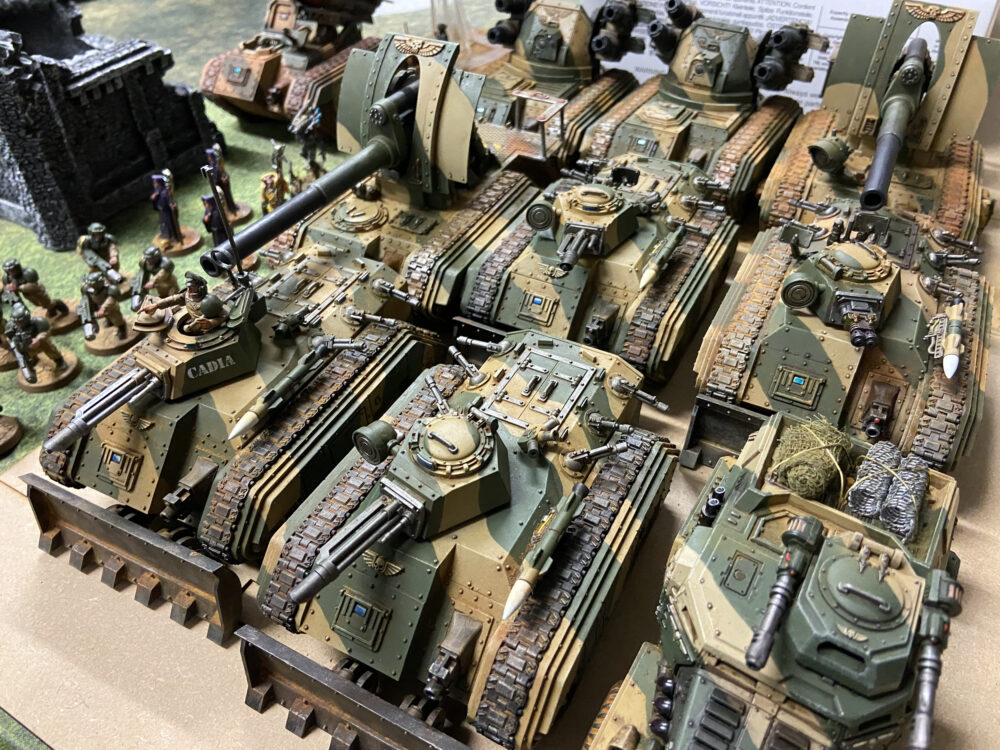 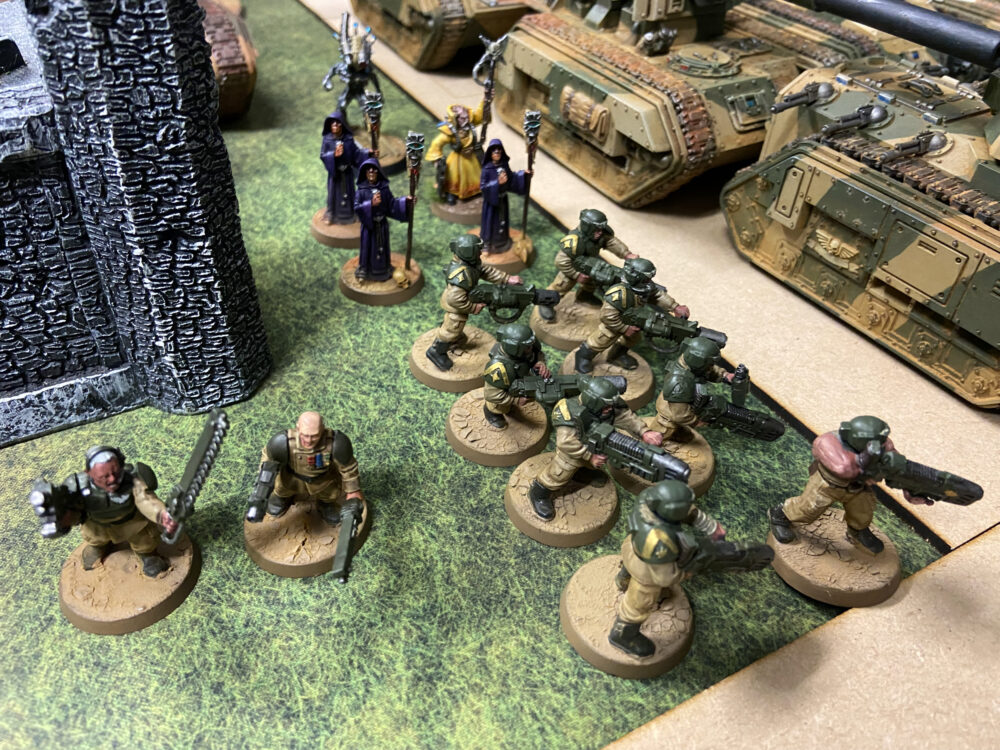 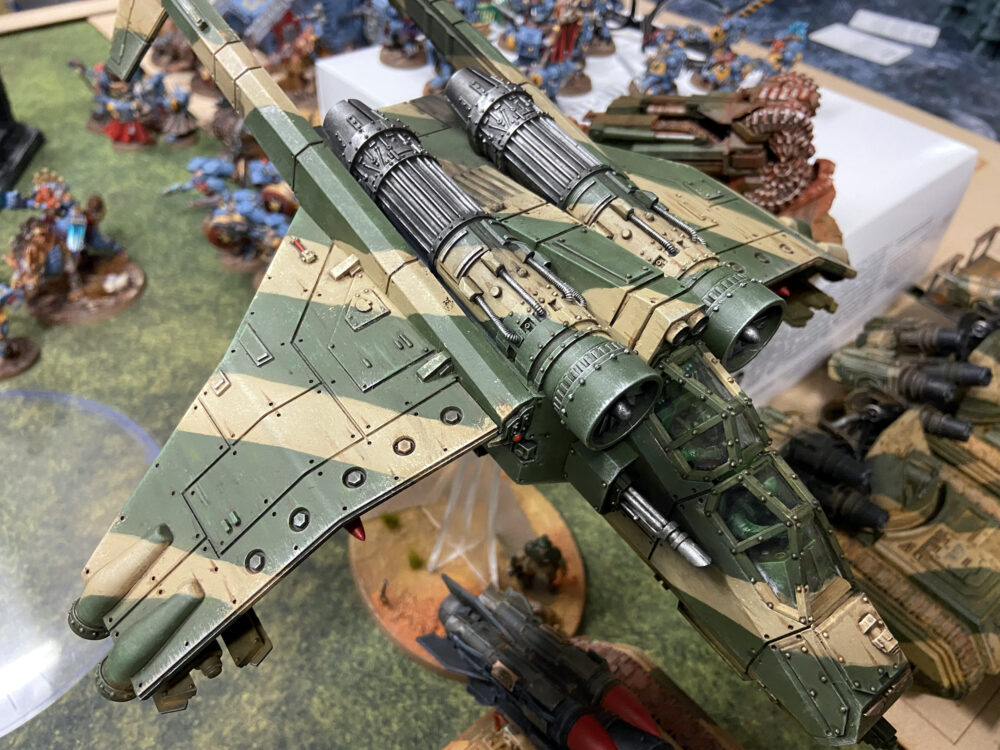 From Nachmund GT Book. The Primary was 4VP per battle round for each of the following; 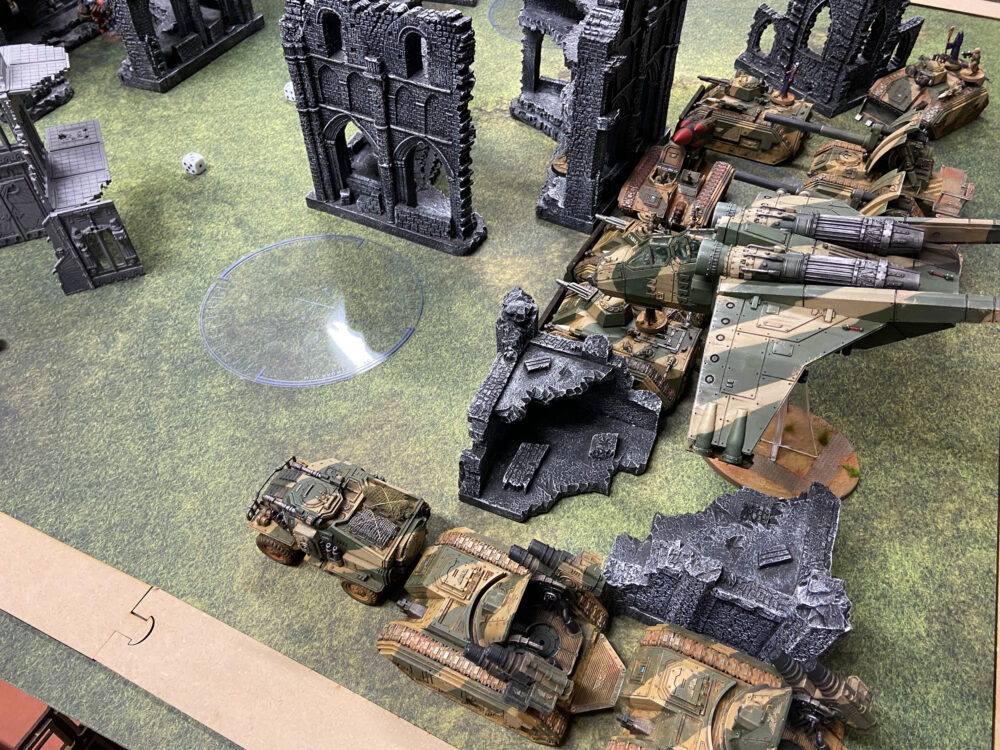 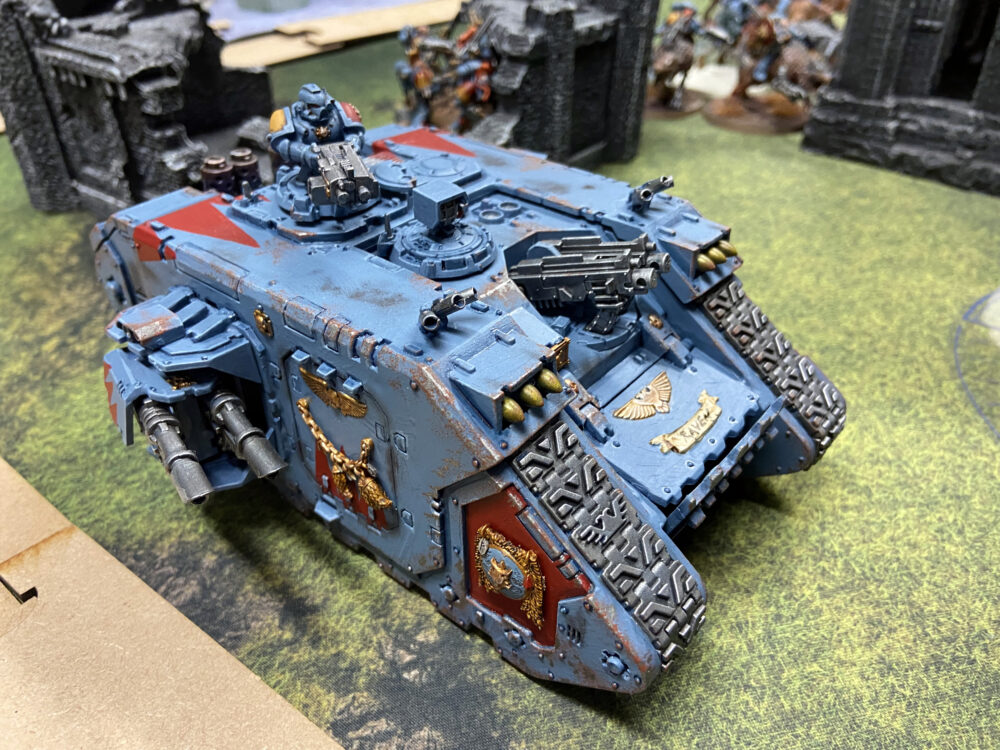 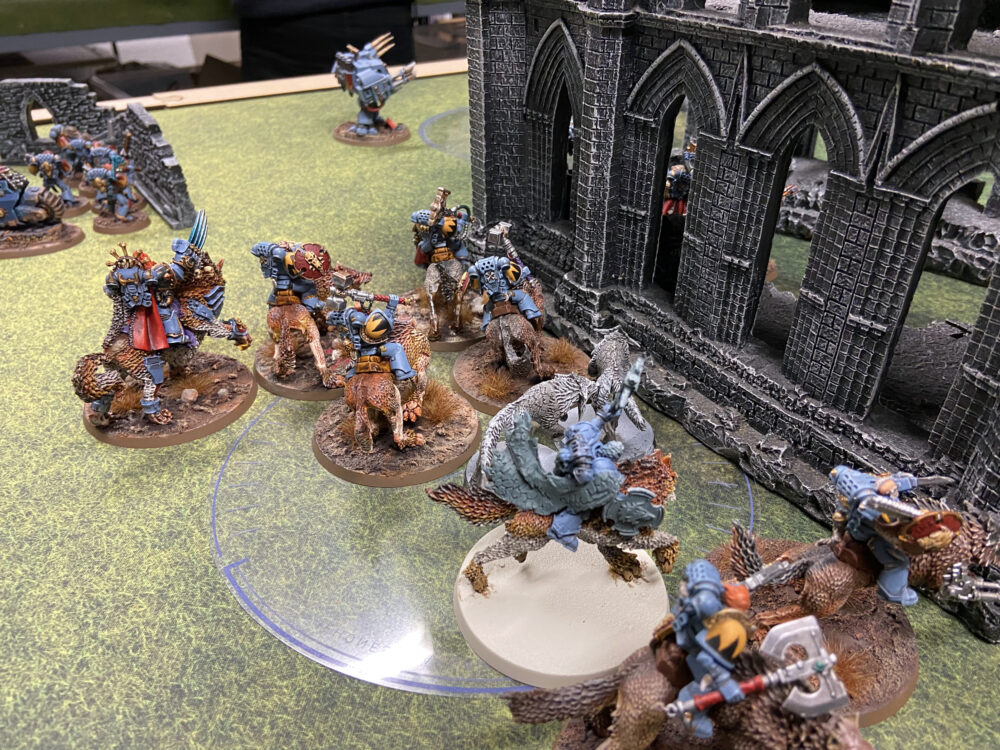 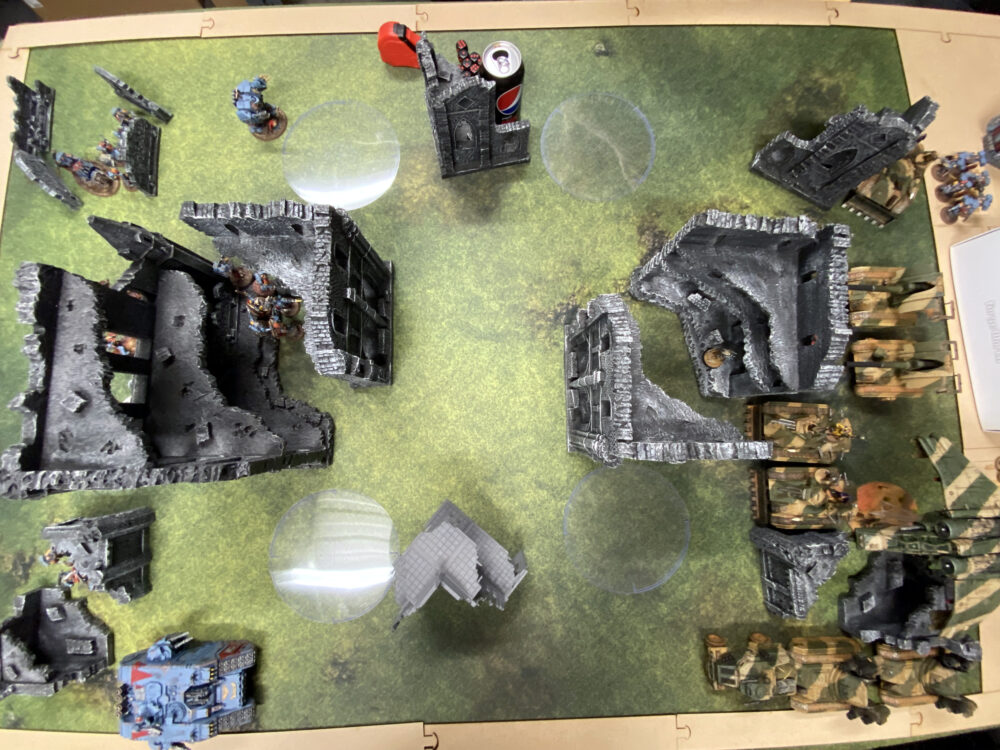 The Wolves got the first turn and lept up the board. I came off with no losses thanks to their lack of shooting and all my infantry being in transports.

I had forgotten that Drop Pods (having never played against them in 9th or 8th) can come down in turn 1. So a had one on my doorstep right away.

My Psychic Interrogation failed thanks to my ruling a 6, which was then -2 thanks to my own Culexus. I should Deep Strike him. This 4 was what I needed, but I was afraid of the Deny, so I CP re-rolled it, into a 5, -2 = 3. A fail.

My Shooting Phase was poor, a Wyvern killed the two Cyber Wolves on the back objective, but nothing much else happened. 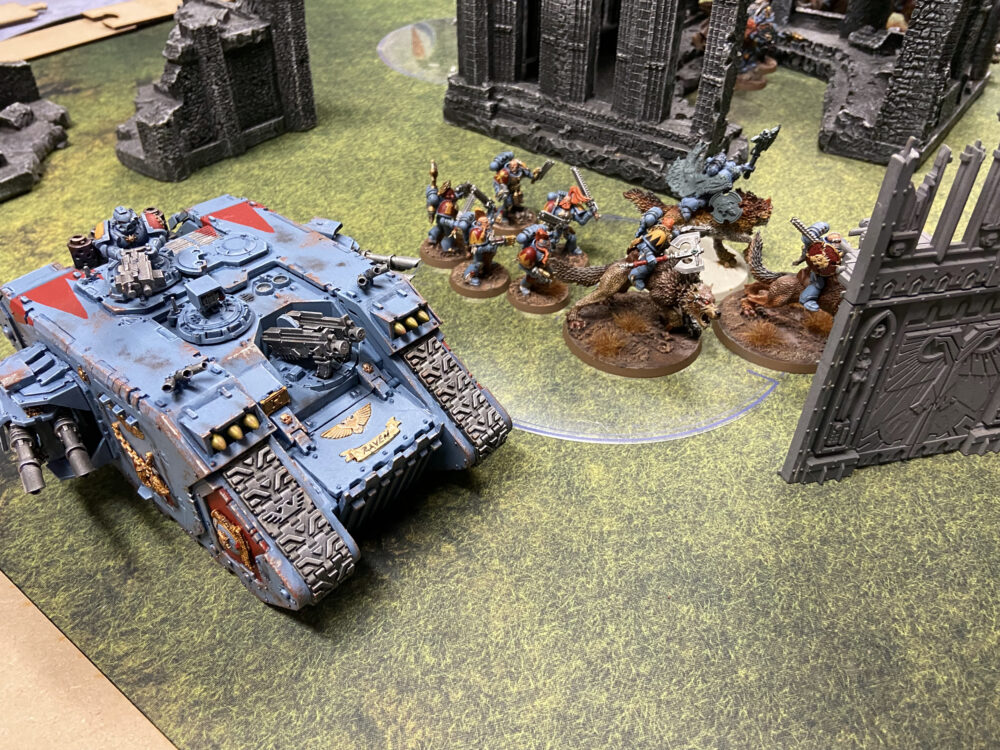 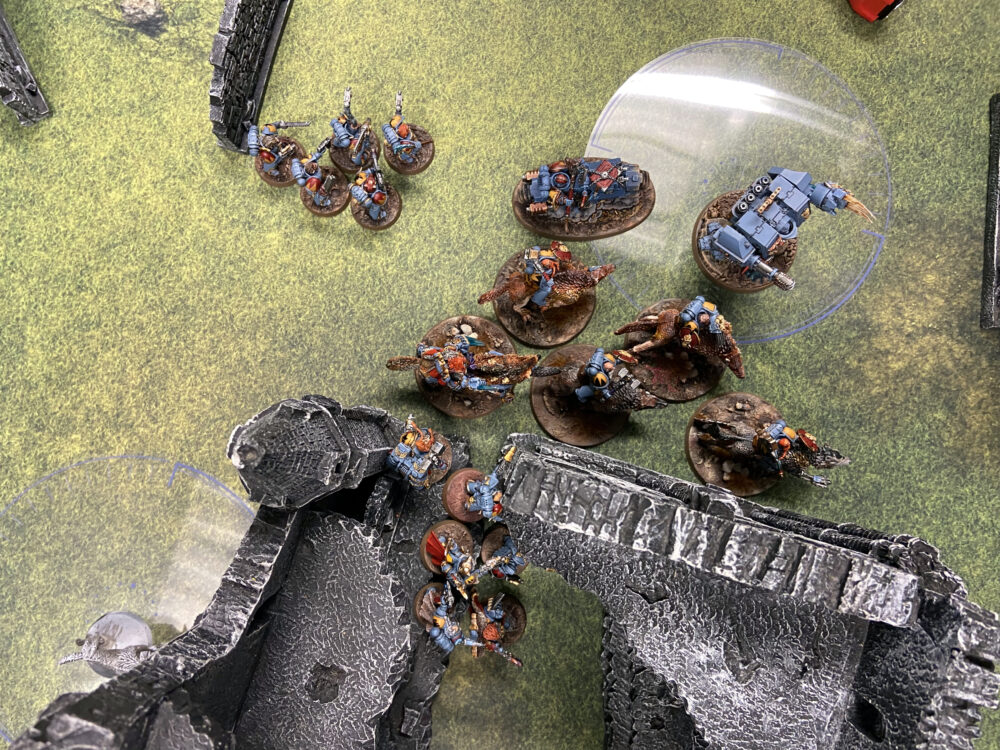 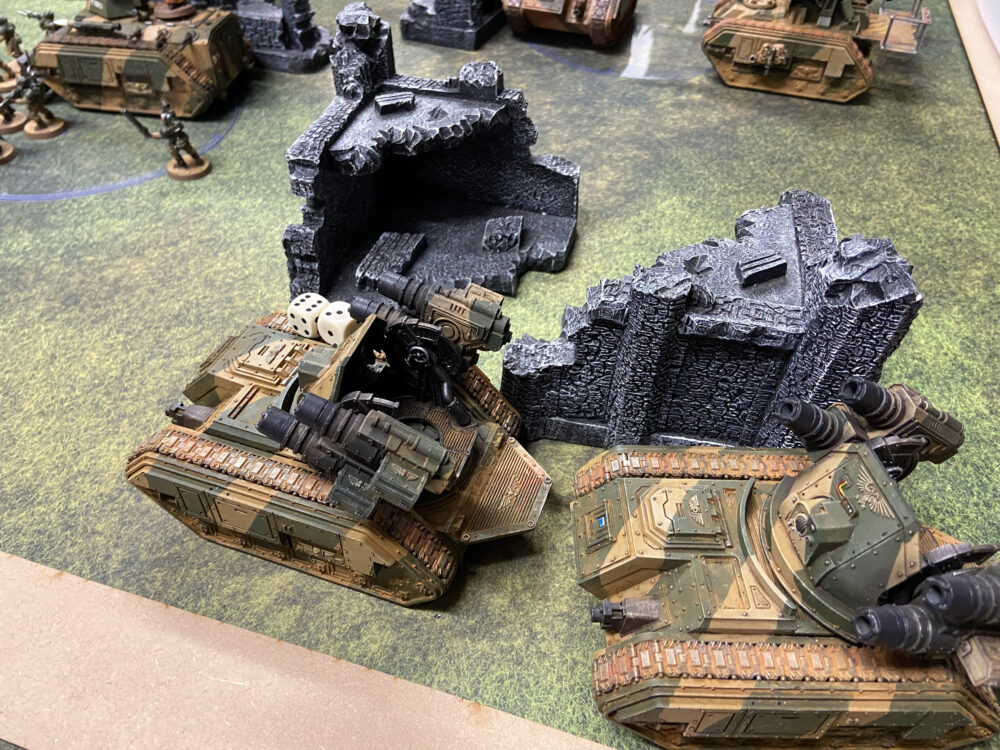 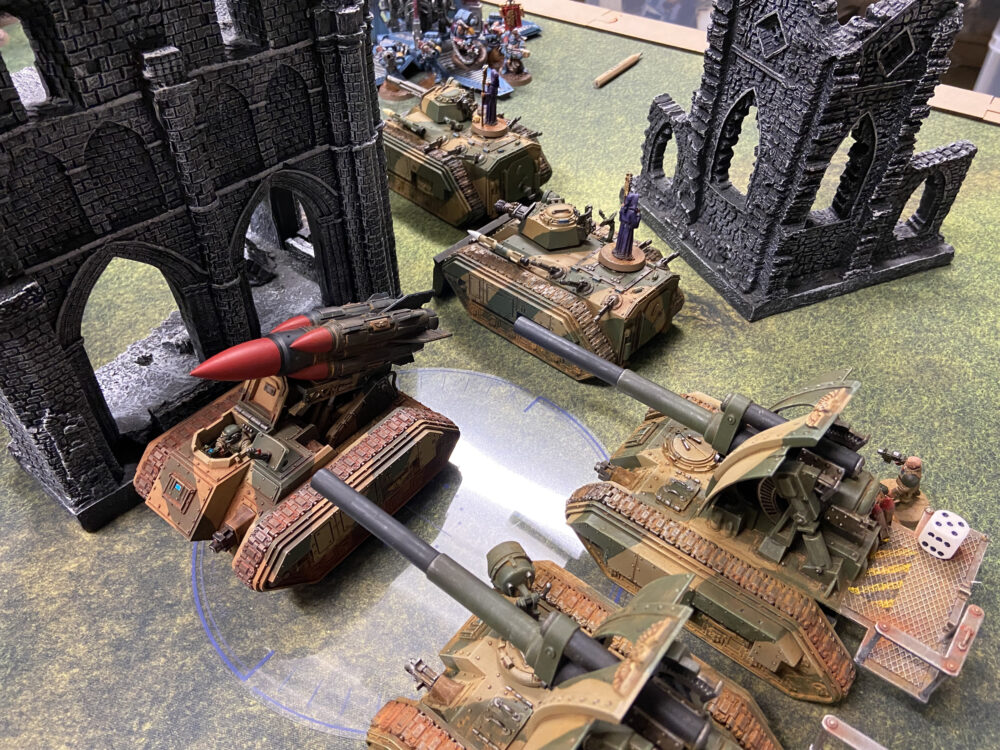 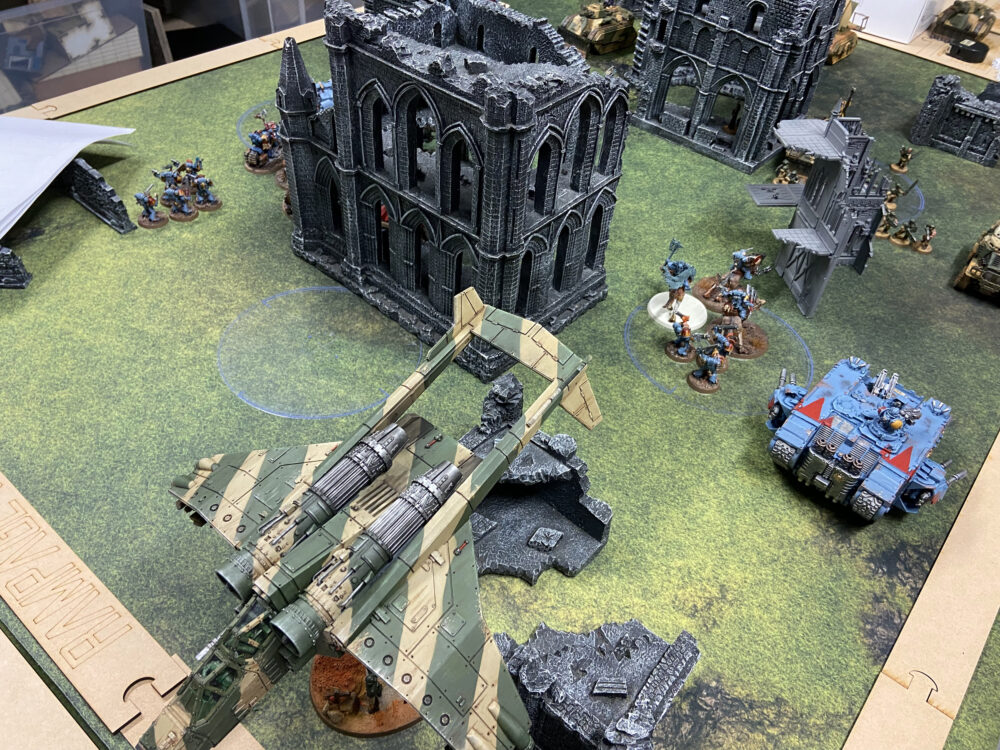 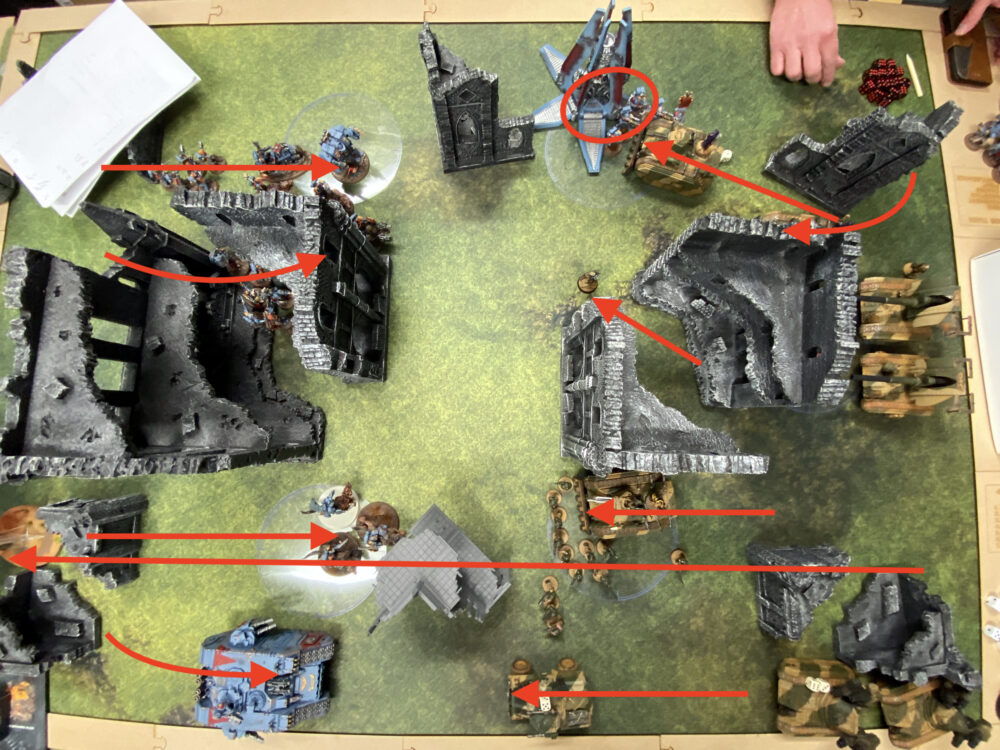 I got charged to hell this turn. Having done almost zero damage in the first turn, the Space Wolves made up for it in this turn. KillingTwo Chimeras and two infantry squads.

The Culexus also died this turn after being charged.

My shooting was poor again. The curse of the random shots was taking hold again. The artillery is cool, but this reminds me heavily of why I have not taken it in a long time. It is awful. The Deathstrike failed to fire – should have Reserved that.

The Hades Breaching Drill arrived and failed its charge. The 4 Veterans did zero Wounds to the Land Raider. Sigh. Sigh. Sigh.

I was losing models at a rate, but my, this was a good looking game! 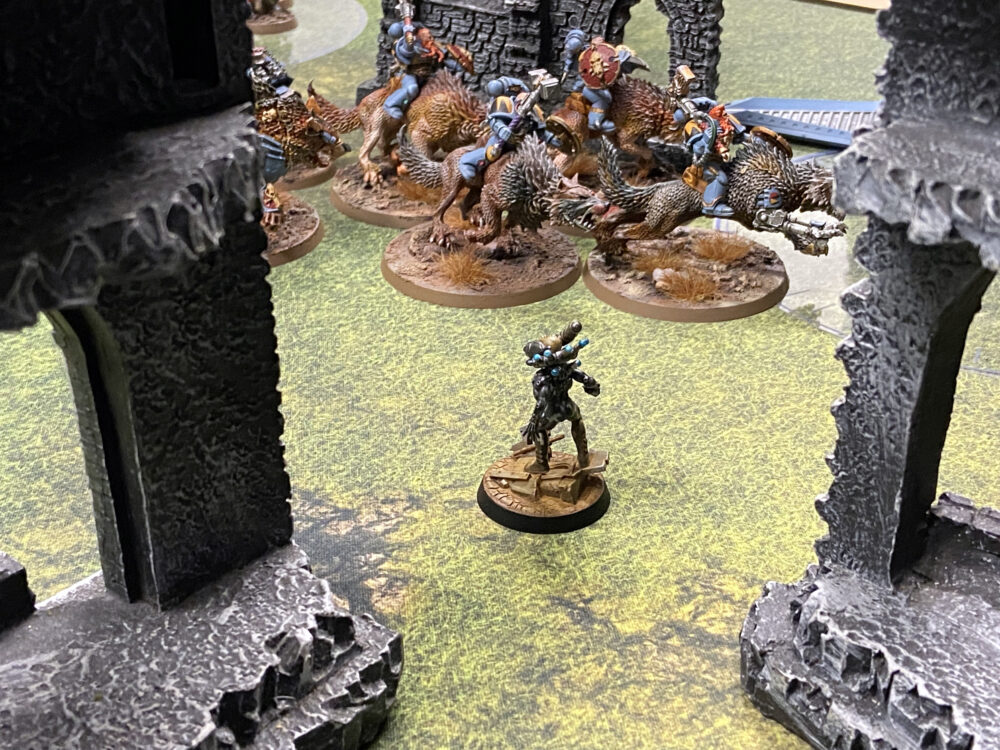 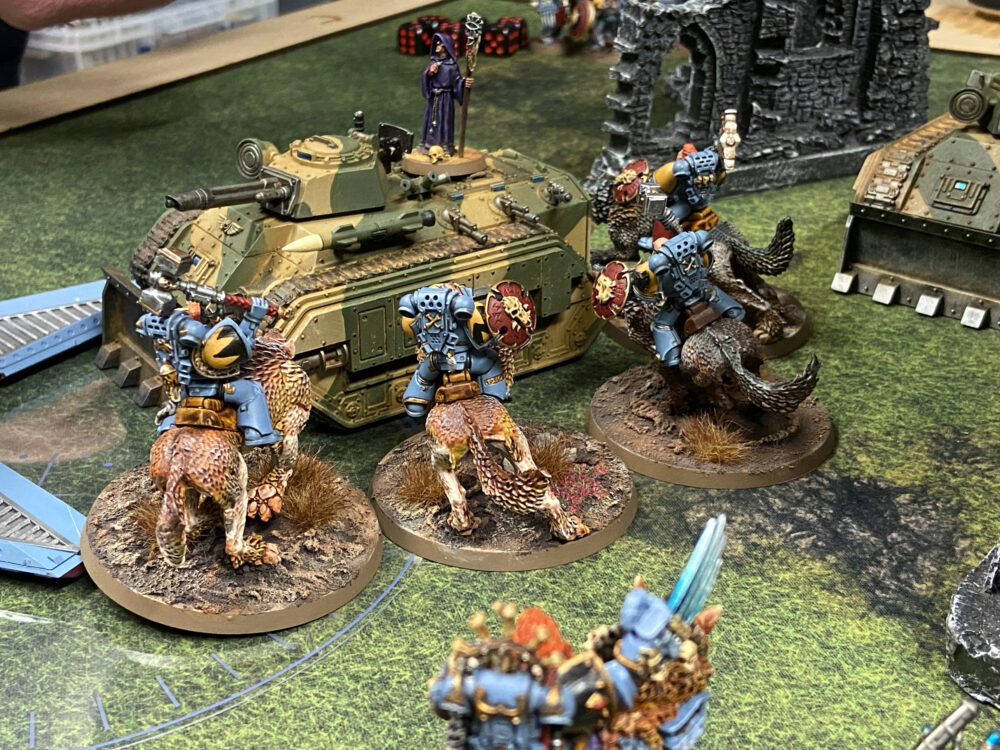 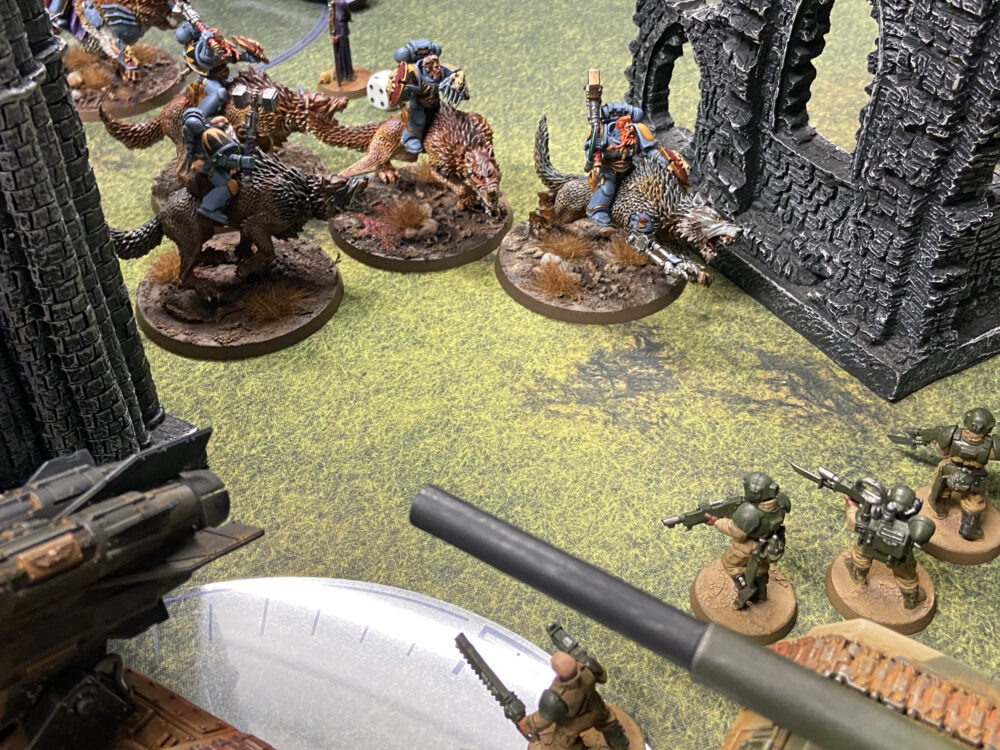 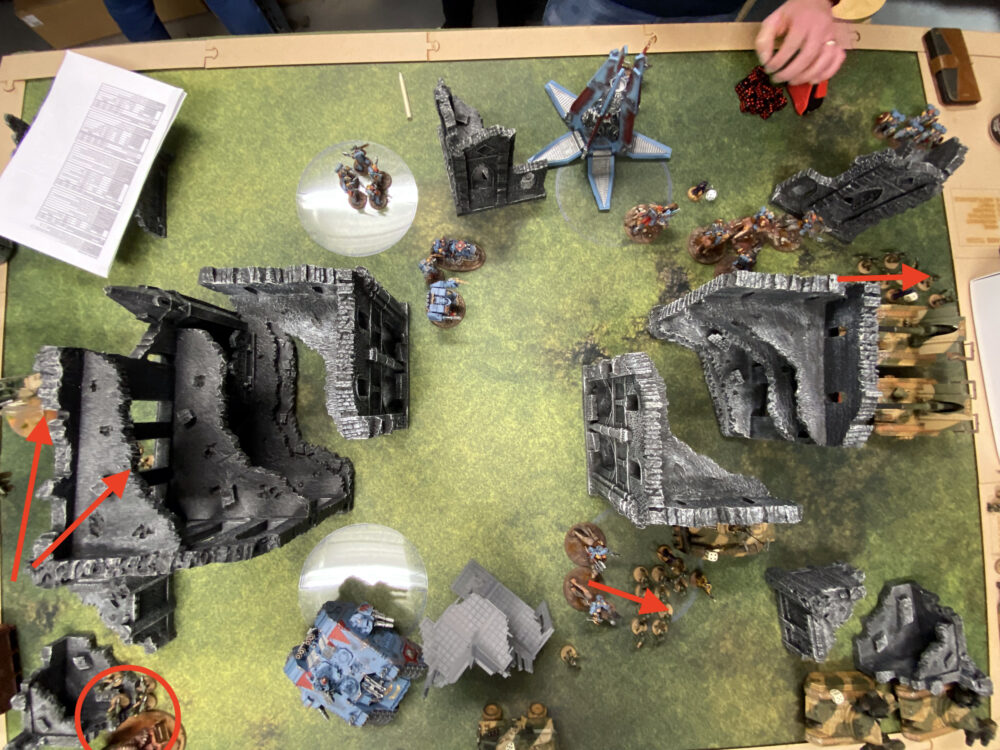 The Wolves got into my artillery and all was lost. The Valkyrie died this turn from the Land Raider’s Multi Melta.

I did manage to focus down some Blood Claws in this turn, which removed them from an objective. Sadly the Land Raider was still on it. But then it died from the Meltagun Veterans! The Veterans had Advanced so were -1 to Hit, but managed to do more damage this turn than when they arrived and they were not -1 to Hit! 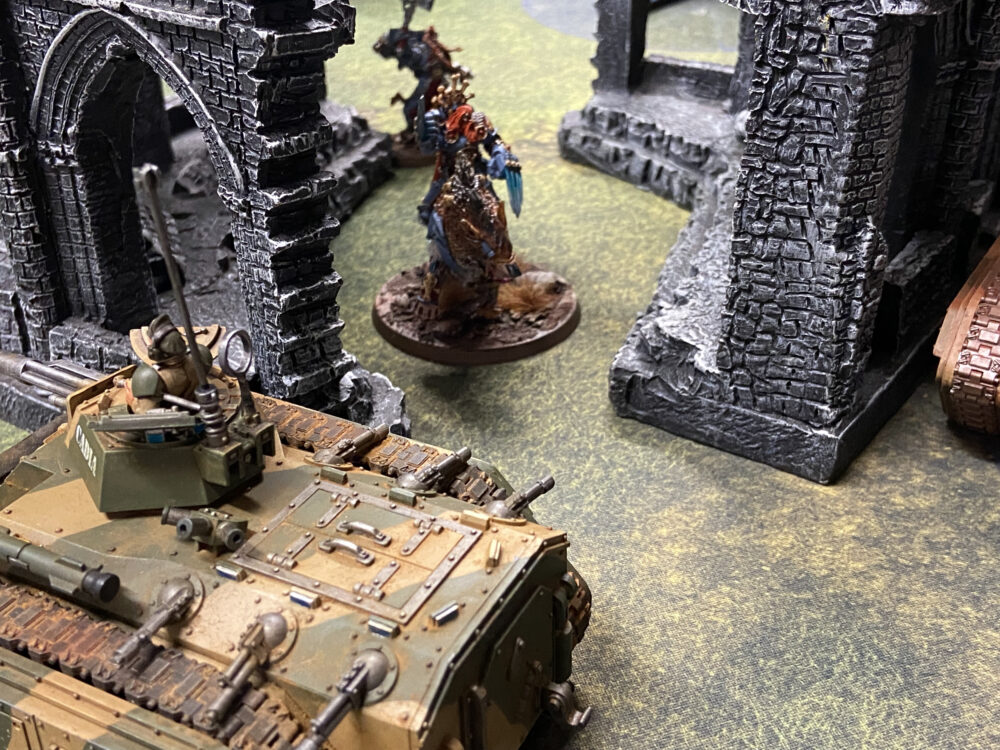 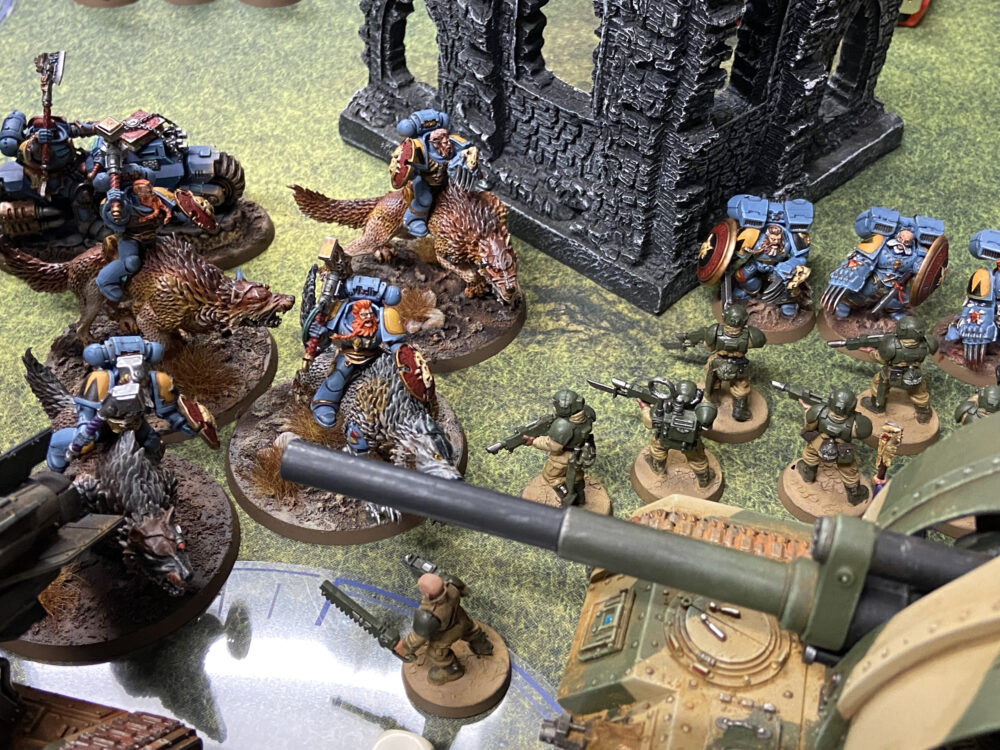 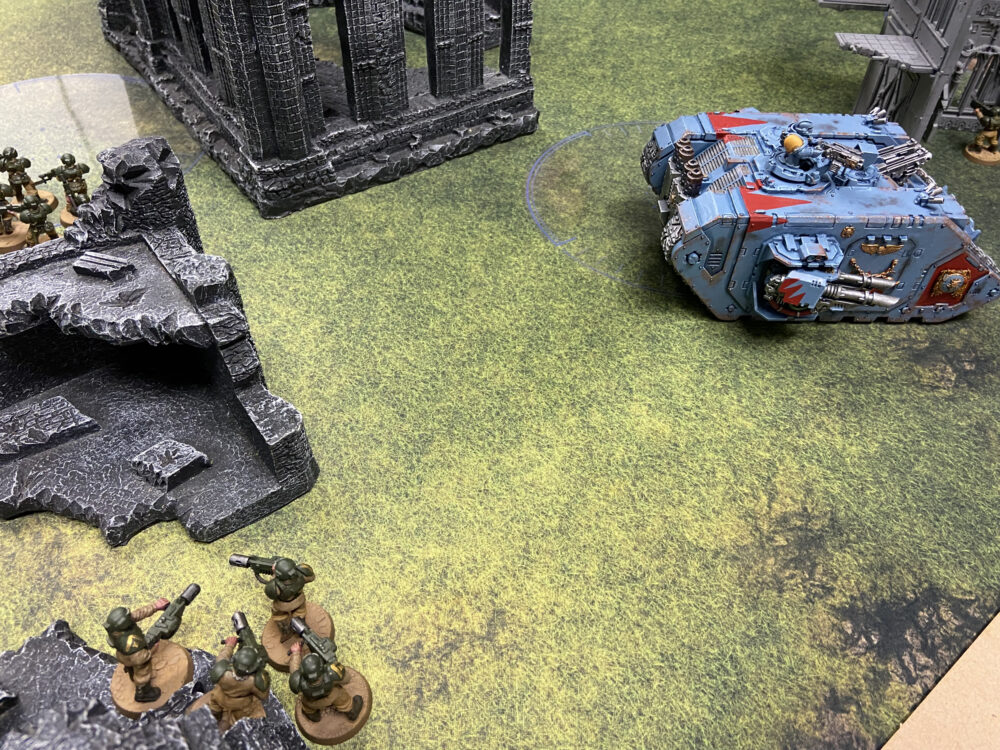 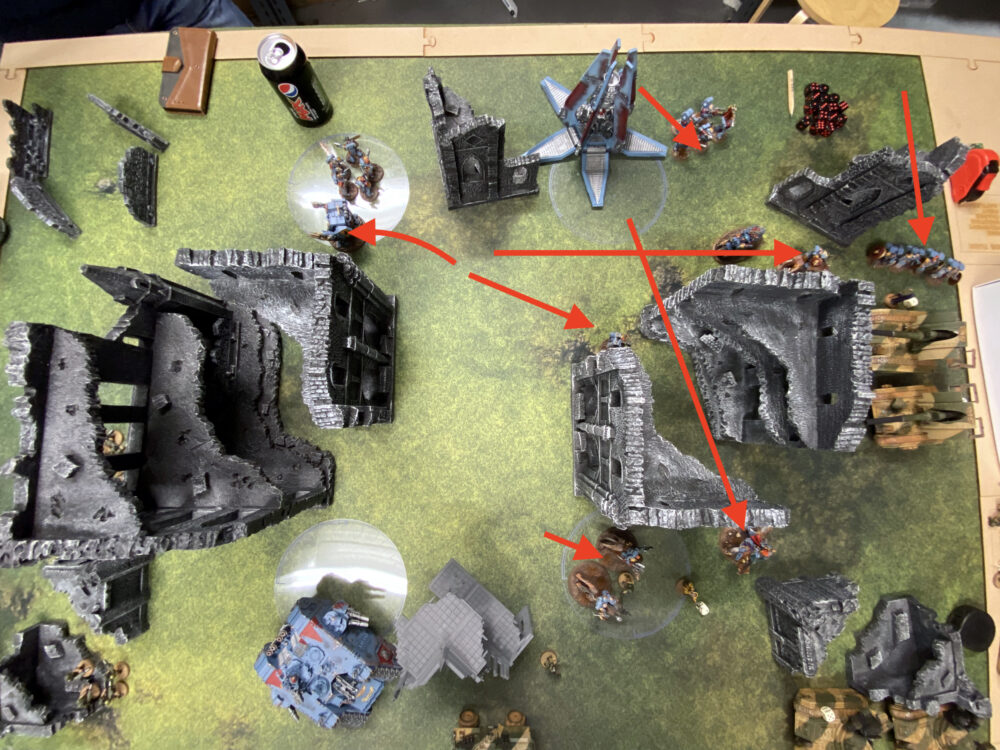 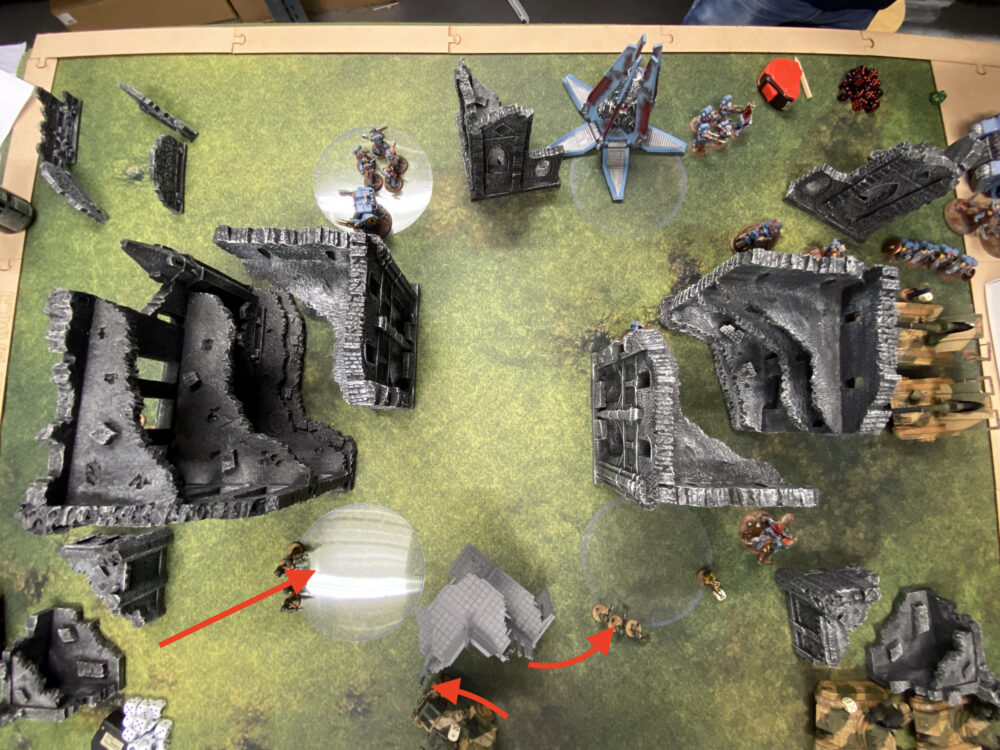 This was mainly housekeeping as the Wolves moved around and moped up my Vehicles. I did kill the LIbraian on the Bike though with my Meltagun Veterans. 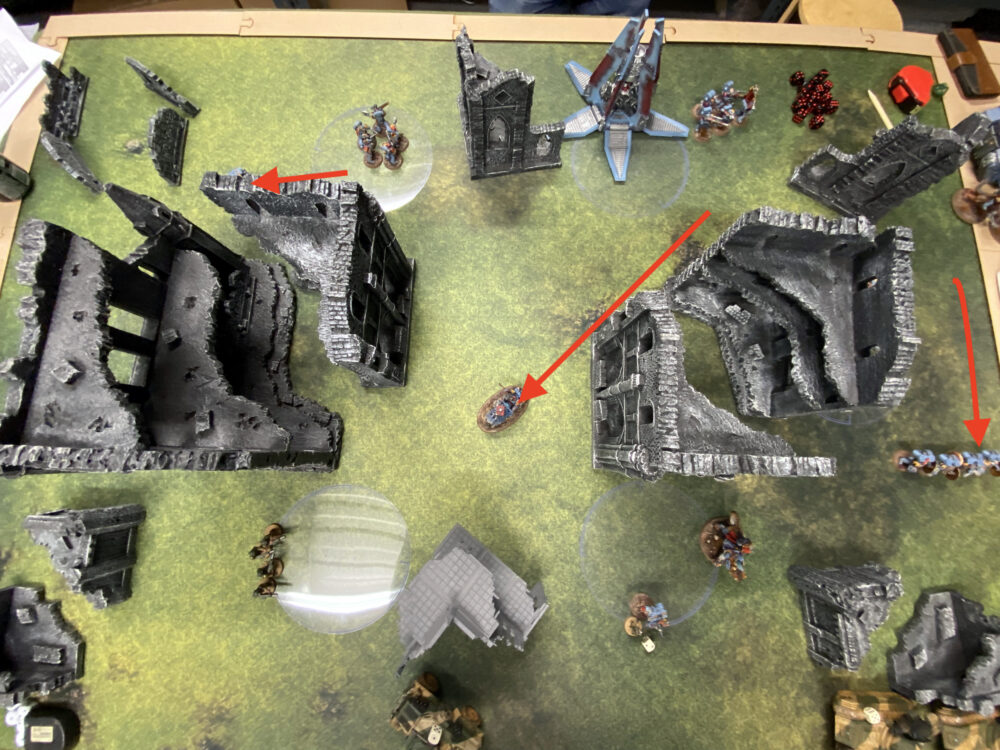 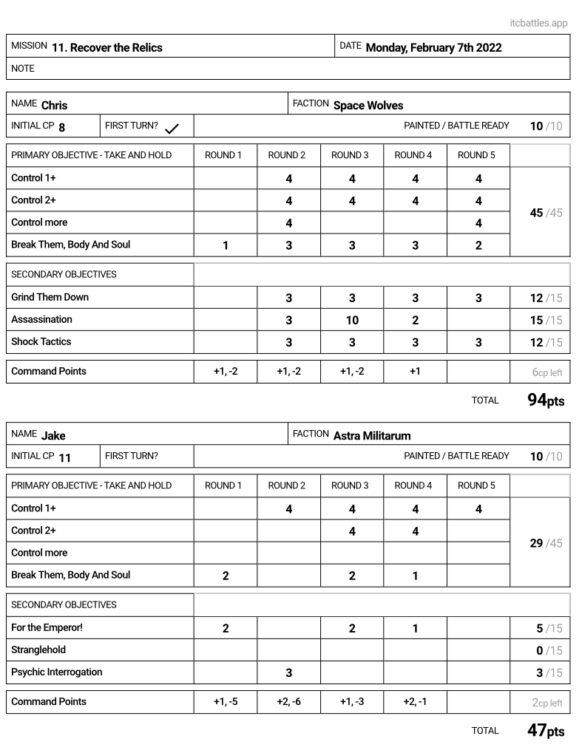