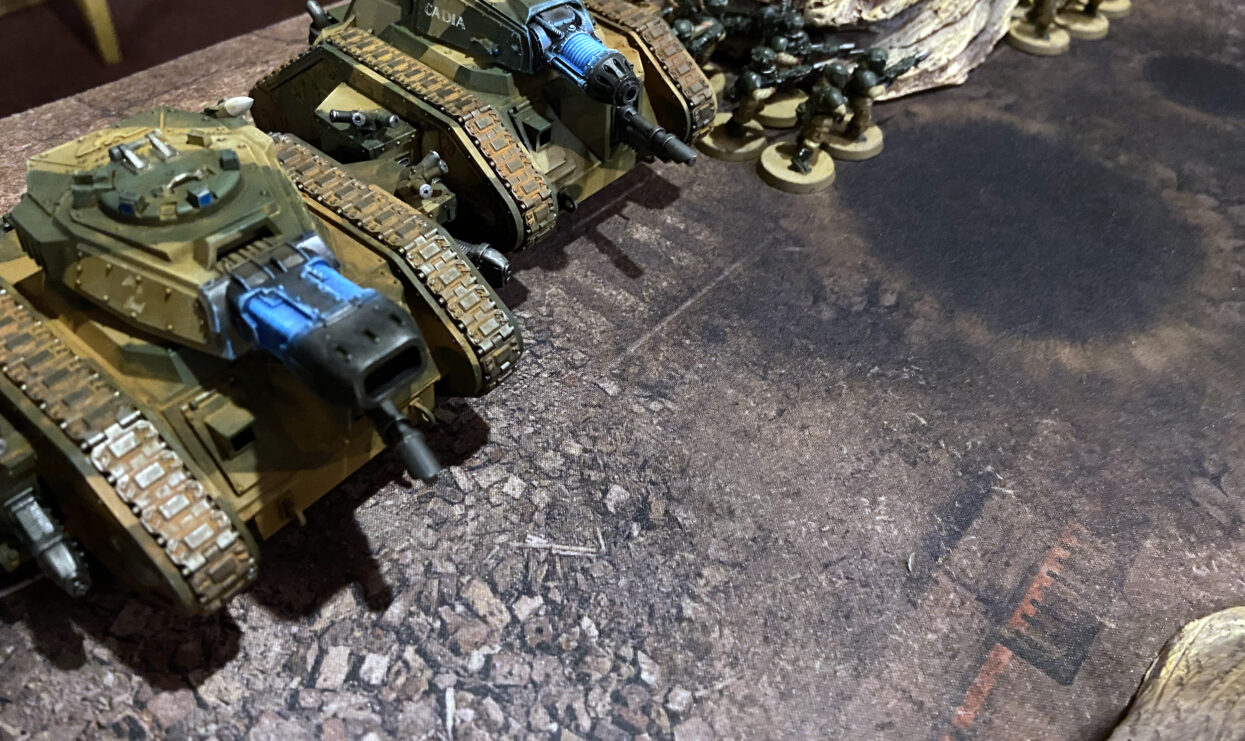 I am taking on Greg and Reuben’s Necrons today, in this Cadians vs Necrons battle, it is our first game in a long while – let us see if I can break my losing streak. 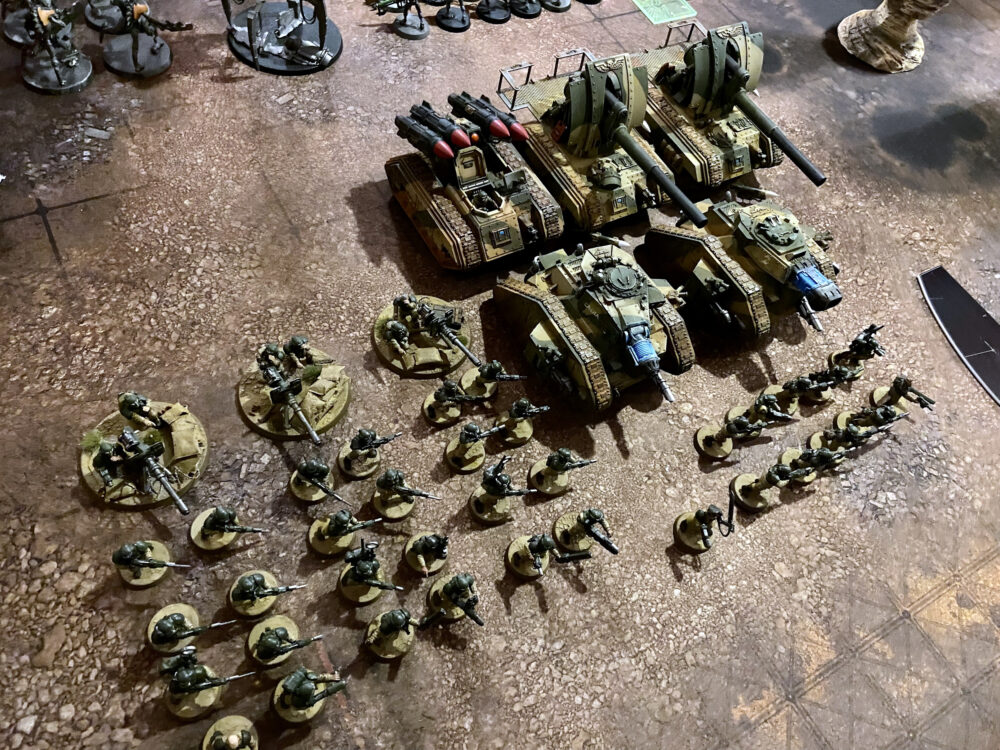 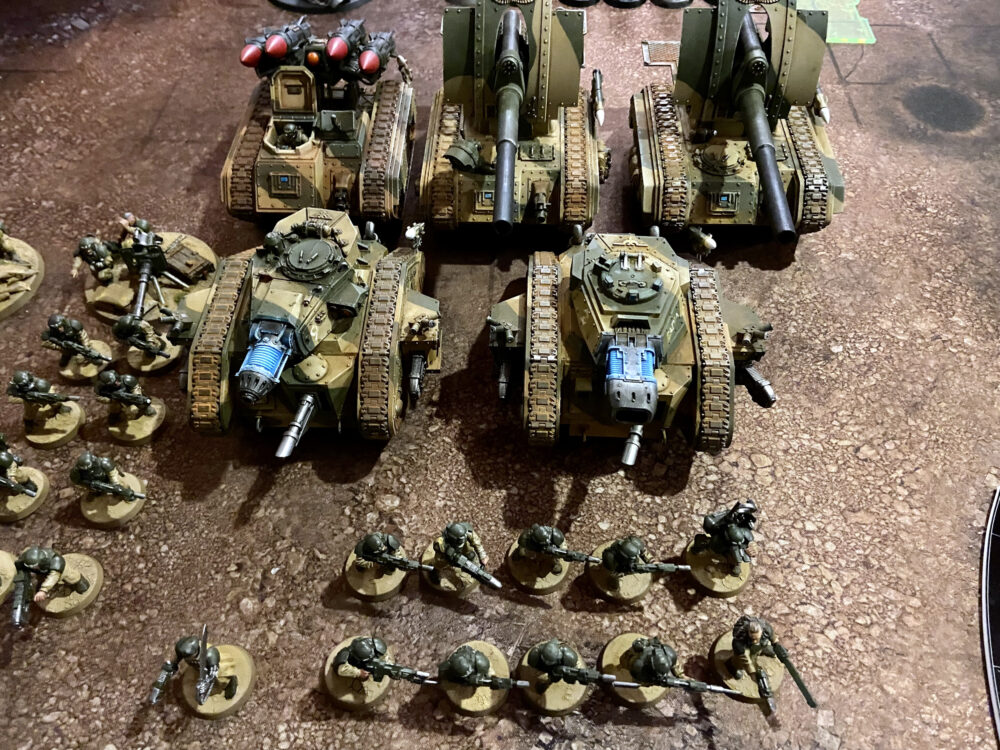 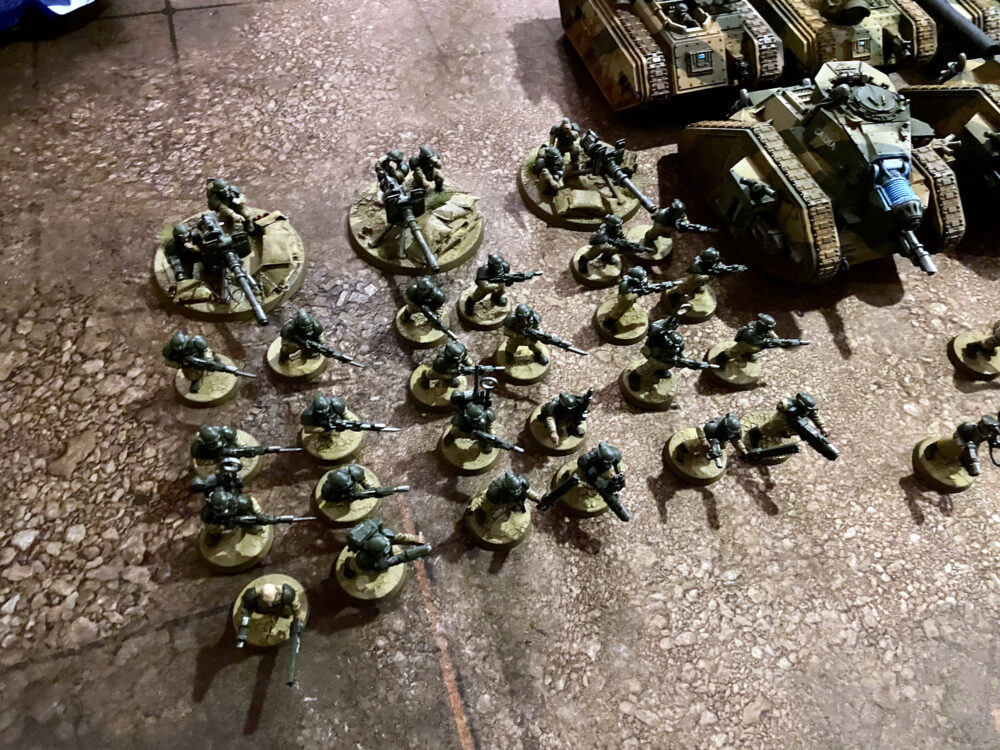 The Defender gets to decide who goes first.

I was the Defender. 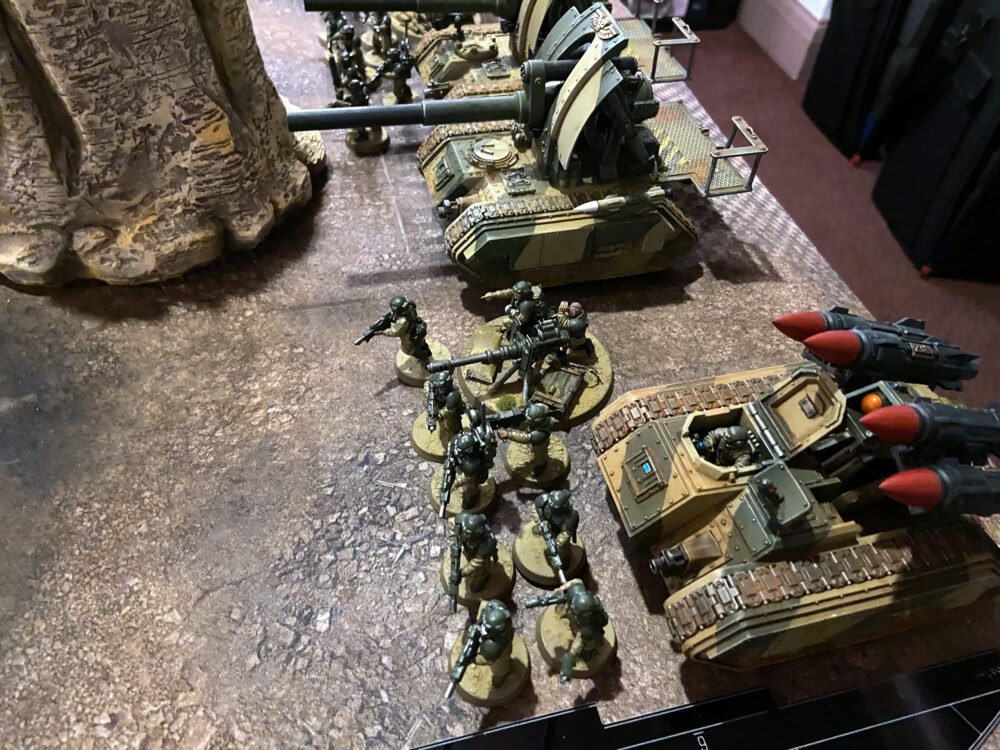 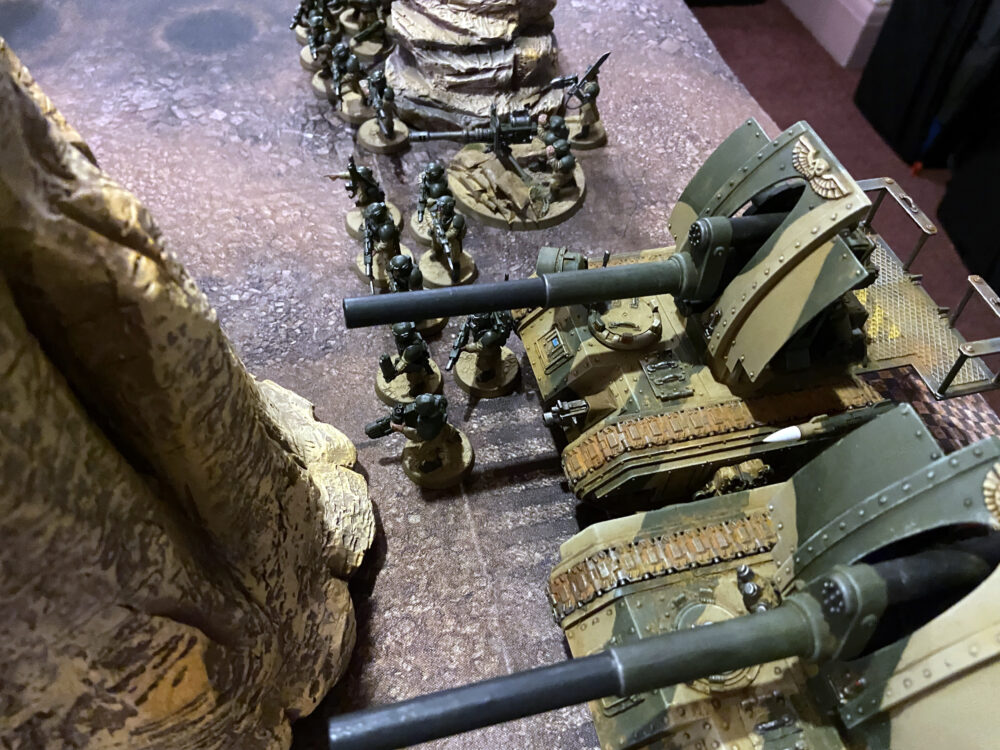 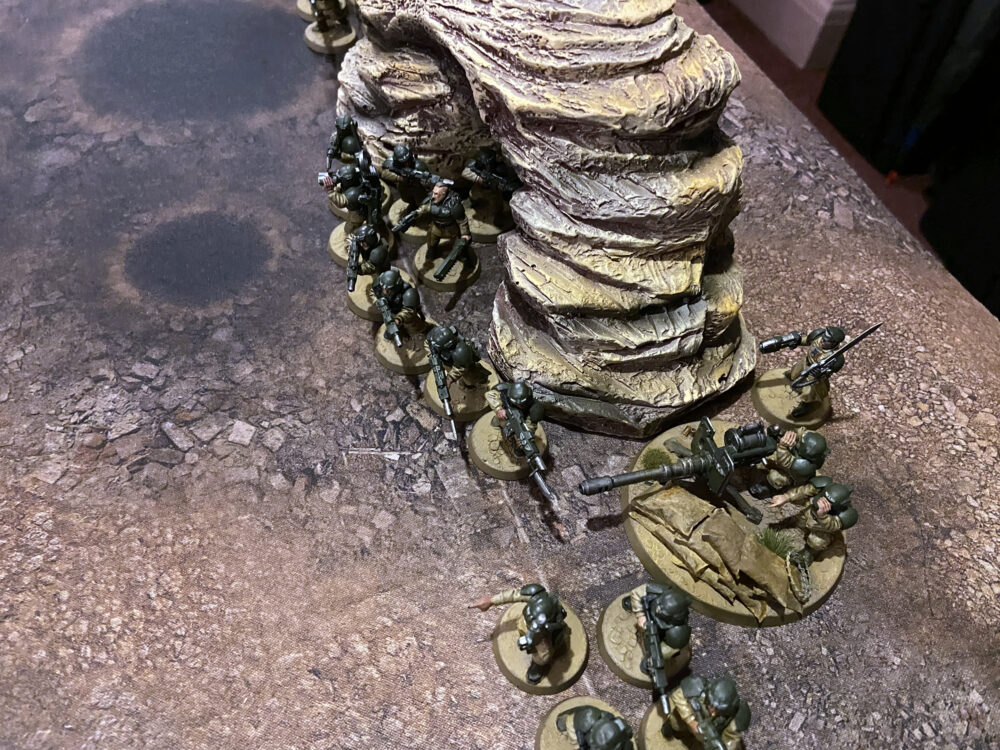 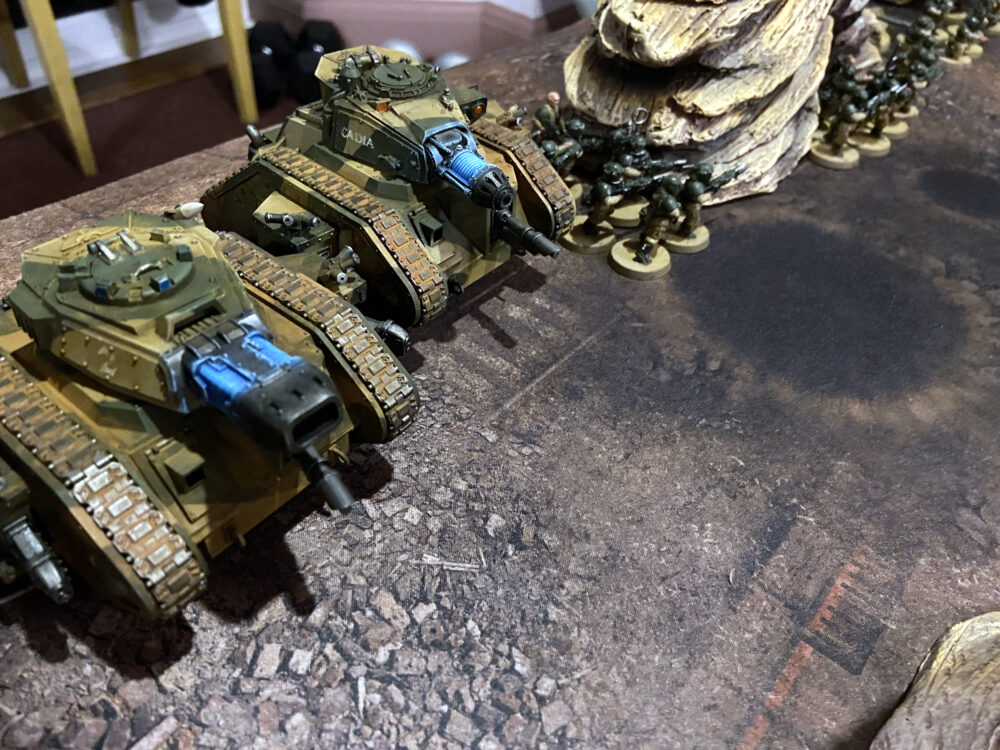 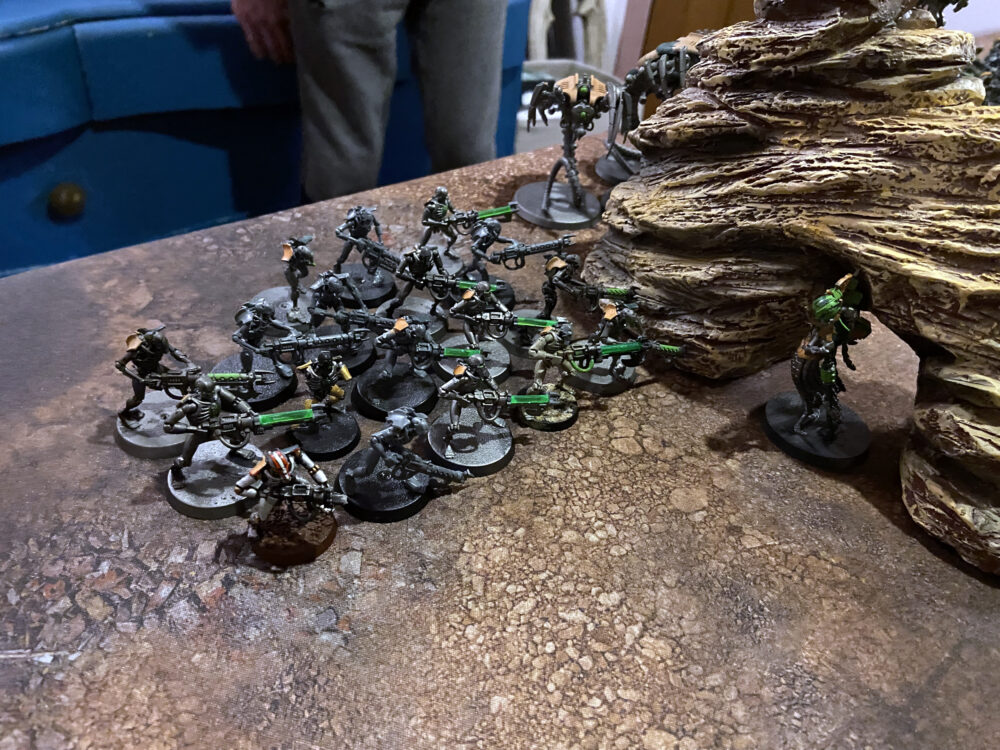 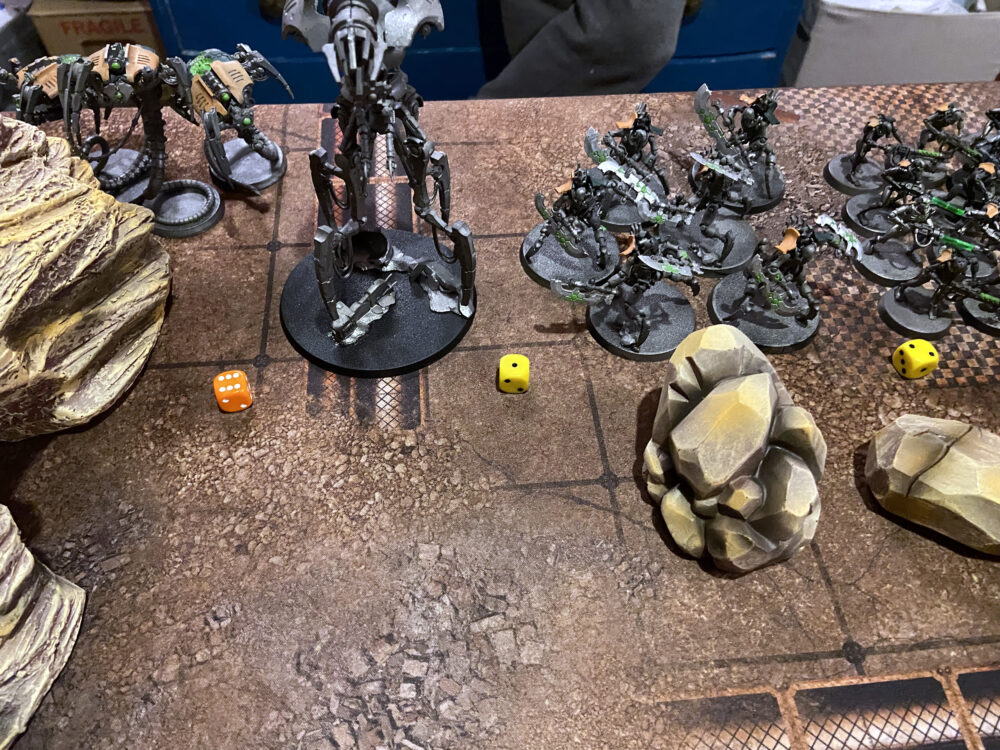 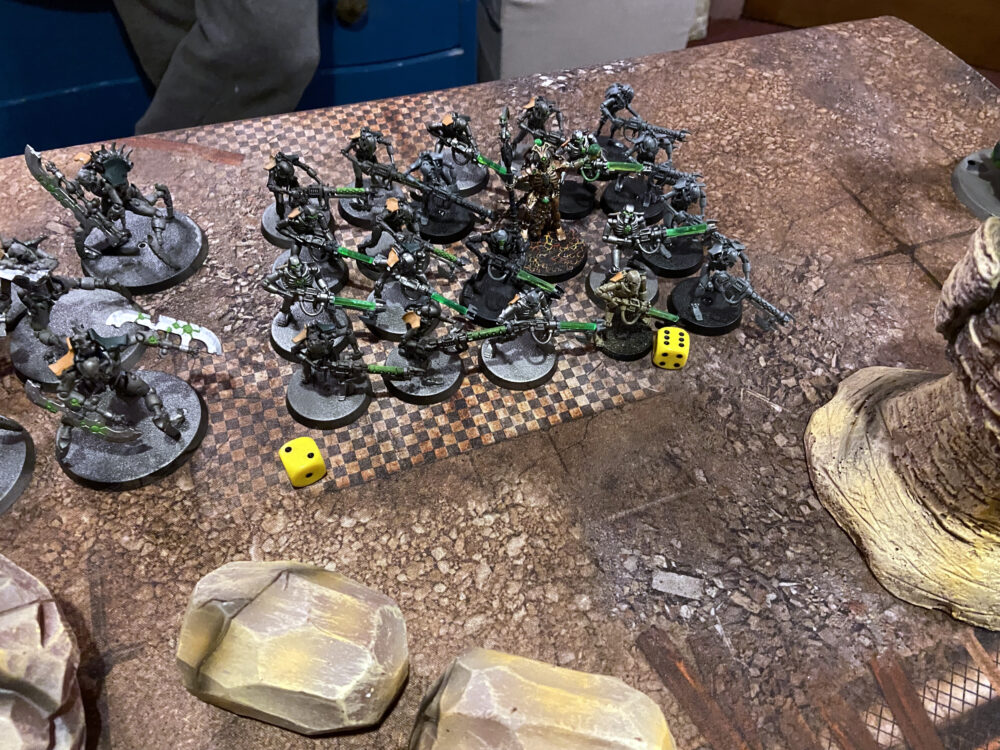 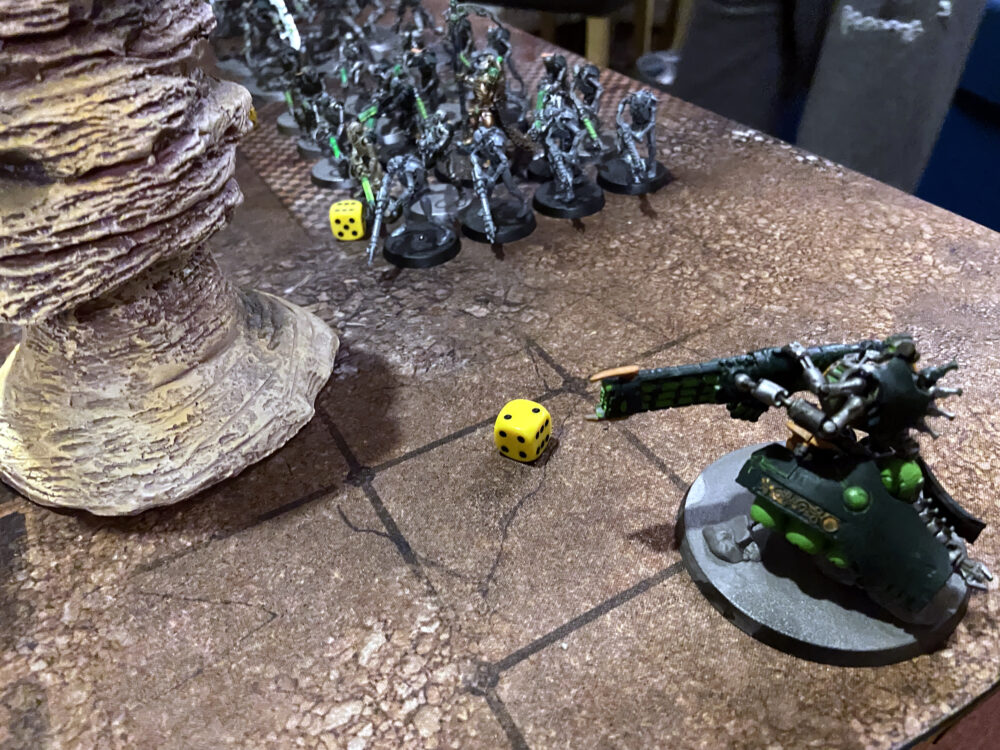 With the first turn, I threw all my infantry forward to try and slow the advance of the enemy and to ensure they were in Rapid Fire range come turn 2. The central hill made for some good cover from the enemy guns. My shooting was OK I think, killing off about 75% of one large unit of Warriors and a handful from the other unit. I did kill the Lokhust Heavy Destroyer which was a major anti-tank unit gone.

The Necrons then moved up and started to delete Guardsmen to clear their way through to my bank line of tanks. The Doom stalker one-shot my Manticore! I lost two units of Guardsmen this turn, but the enemy had no charges.

I failed to finish off the unit of Warriors that had taken the most damage and did not do a lot of damage to the other unit. The Skorpekh Destroyers were hidden behind the hill and with the Manticore gone my line-of-sight ignoring shooting was somewhat reduced.

The enemy got charges off this turn with the Wraiths and Skorpekh Destroyers wiping out another unit of infantry with ease.

I consolidated away from the enemy and started to kill the Skorpekh Destroyers with my infantry, Laurels of Command was doing well and having 30+ Lasguns with re-rolls to hit is no joke. The two Guardsmen units left with their Plasma Guns, Autocannon and Lasguns killed about 3 of the Skorpekh Destroyers. My Tank Commanders killed the Wraiths.

It was now a race for the Necrons to kill me as we were now halfway into the game. The Doomstalker one-shot a Basilisk. The remaining Skorpekh Destroyers got into my Tank Commanders and started to knock wounds off – but did not kill them. The Cronomancer and Warriors were locked in combat with a Basilisk, but they struggled to get any wounds off it.

I managed to kill another Skorpekh Destroyer with a Lascannon while in combat and the Basilisk survived another round of fighting. It was pinned and I could not get it out.

It was now impossible for the enemy to destroy all my models in these last two turns, so we called it! A Guard victory today!

This mission was close and I would have had one or two vehicles left at the end, so it was close. A nice change from the Matched Play missions. 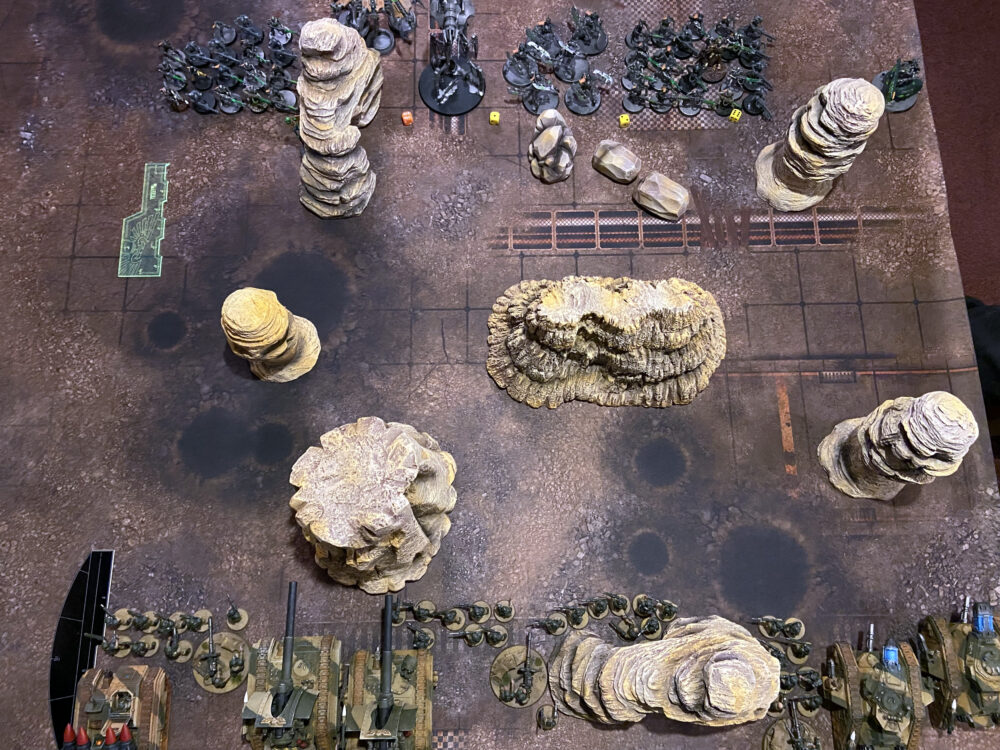 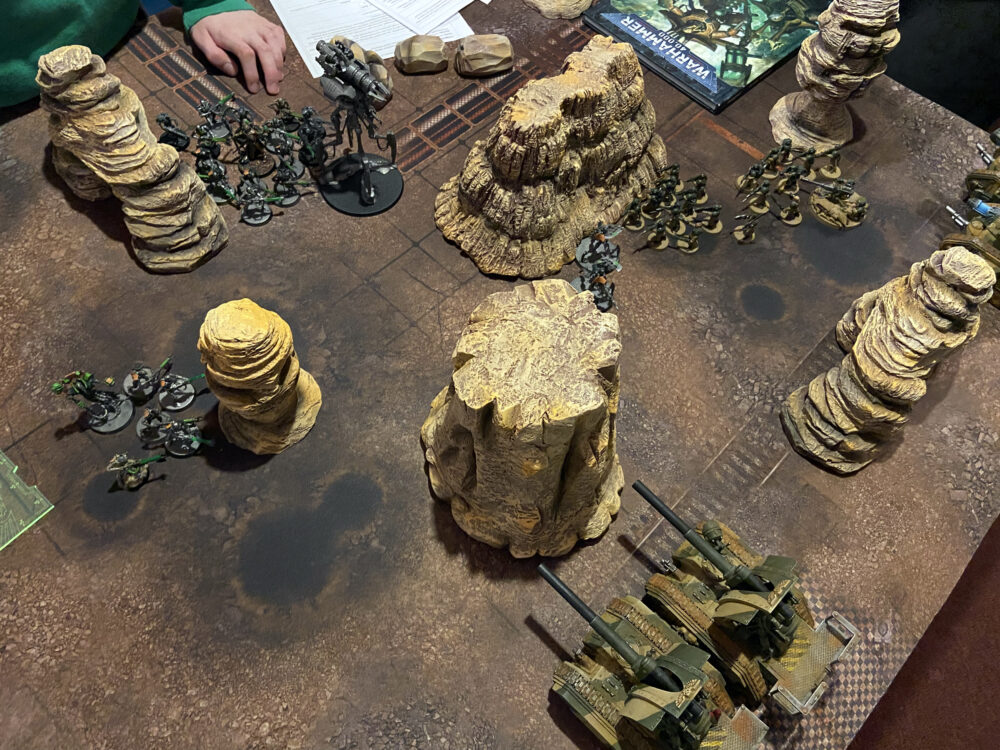 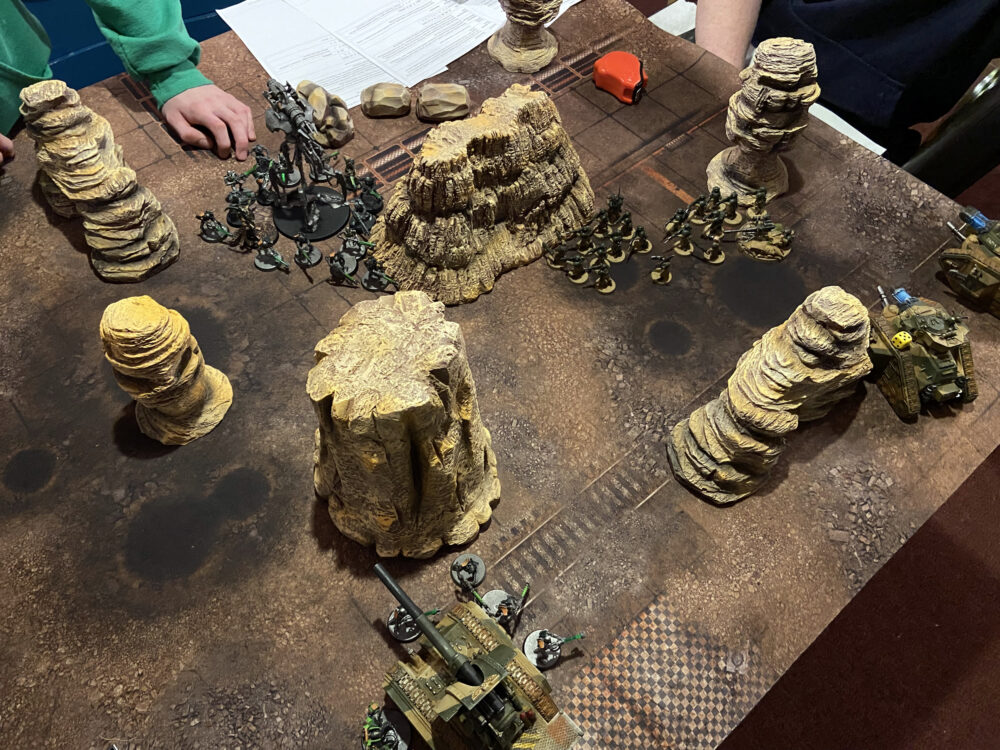