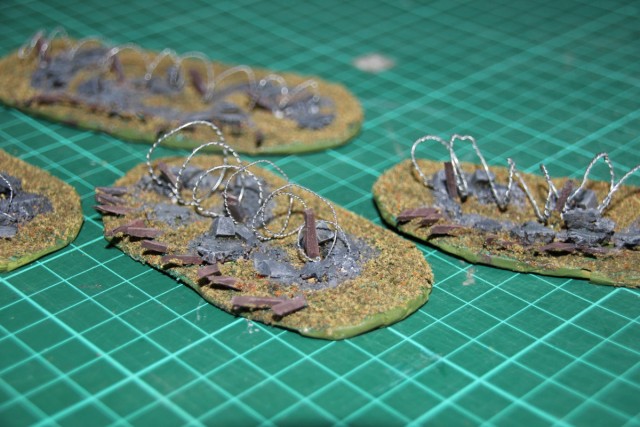 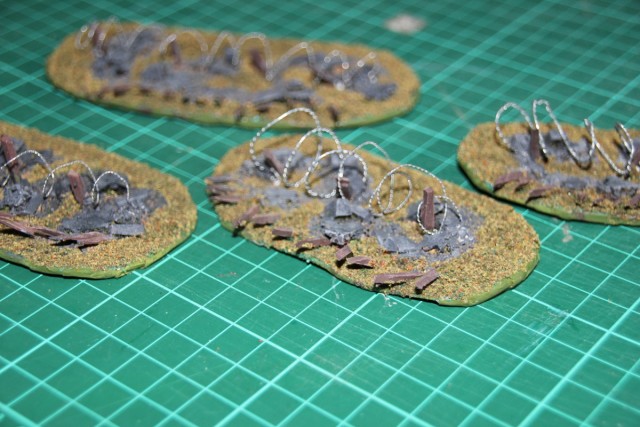 A quick run through on how I made some of my razor wire.

I used a card base with glued newspaper for the base, the newspaper was to smooth the corners/edge of the thick card. Do not do this, use something more study like Hardboard

(masonite in the USA), the card has a tendency to bend although the newspaper gives some nice uneven texture.

Once I had a base I used splintered Lollipop Sticks

to create the stakes pointing forwards and the stakes in the ground to hold the razor wire. Cocktail sticks would work too, although using the lollipop sticks helped as they are larger and with a knife you can fashion lots of different shapes and points. With smaller pieces of wood you are more limited.

Getting them to dry correctly using PVA glue was hard, I used stacks of sticks to support them over night while they dried. With the base being card it was easy to pierce the card to house some of the sticks while they dried. If you used hardboard this will not be possible. 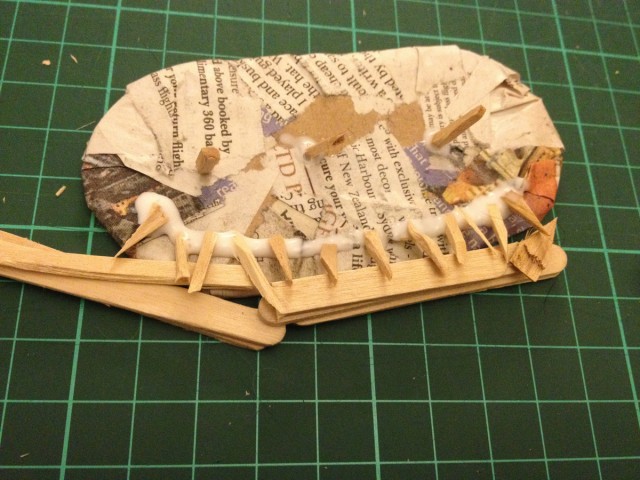 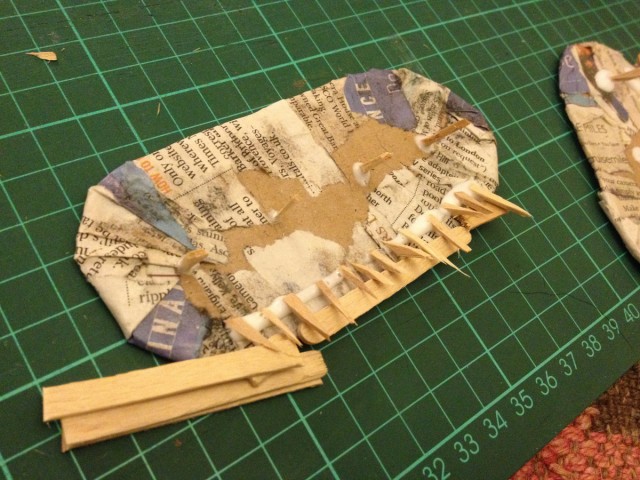 I then used Modelling Gravel

and torn up Cork Sheet

(applied with PVA glue) to add texture and depth to the base. I added small bricks made from Fun Foam

, these are handy as they are easy to cut and glue. They are slightly squishy but this doesn’t matter when you’re playing and paint stiffens them up. 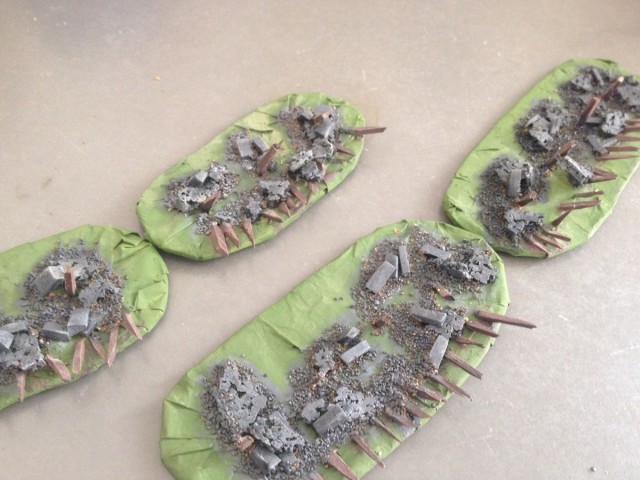 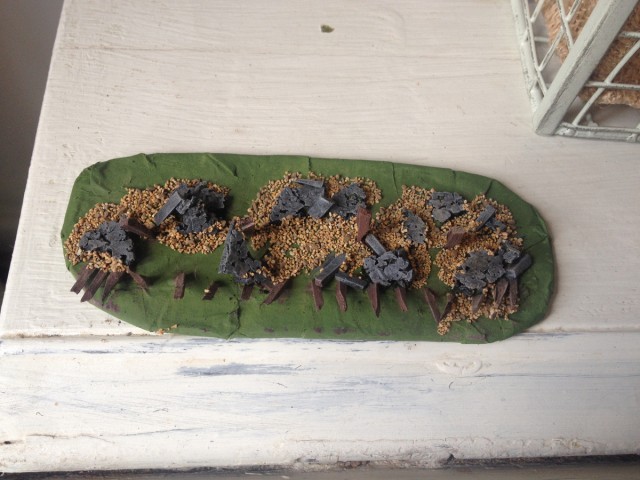 The base was then primed with Elysian Green, the gravel, fun foam and cork was primed Black and Skrag Brown on the wooden stakes. In hindsight it could all be primed black, priming with different paints just made things more complicated later.

The stakes you could just leave as natural wood, but I added some darker brown paint (Skrag Brown) to mine as lollipop sticks can be pretty pale in colour.

, not static grass, for the base. This was applied with PVA glue. The Razor Wire

should go on last, although its tempting to put it on earlier. I used a little PVA glue with mine but EvoStick might work better. Although if you’re clever you can simply snag it between bits of brick, stakes and cork.